As highly visual types, architects often are aggravated by things we encounter every day that go unnoticed by most people. Believe me, it’s both a blessing and a curse. Only rarely, it seems, do we delight in something we’ve stumbled upon in the visual world.

Think about it. As we walk or drive around, we are continually assaulted by poorly conceived, disjointed, and downright obnoxious attempts to apprise, attract, direct, and warn us with various signs, marquees, billboards, and notices. In that wide-angle view, zoning regulations can only go so far, and it may be hard to imagine some overarching, draconian framework designed to bring ordo ab chao without heading toward an undesirable homogeneity. Variety is, after all, the spice of life, right? 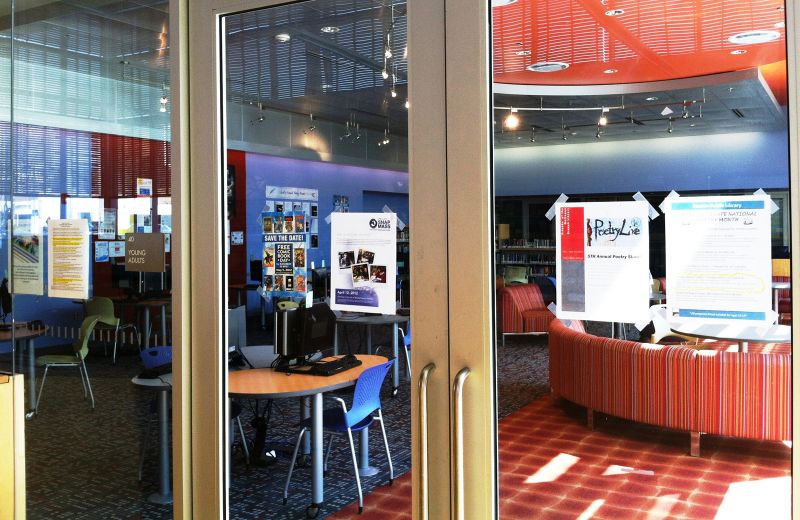 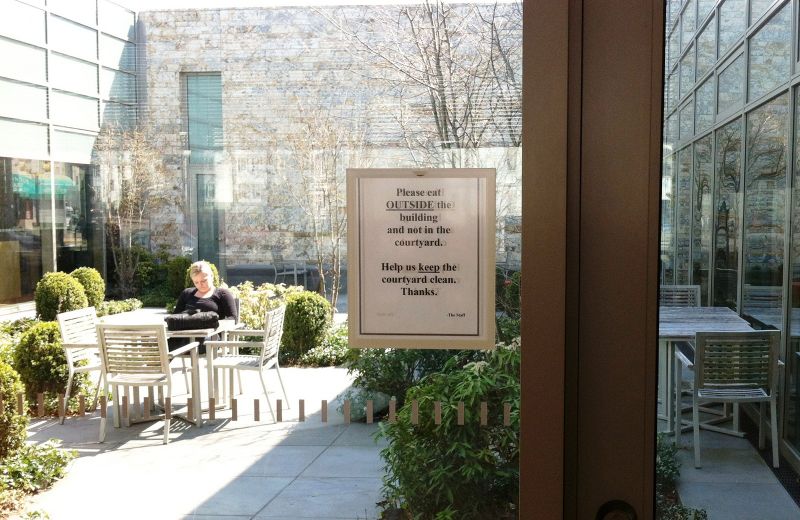 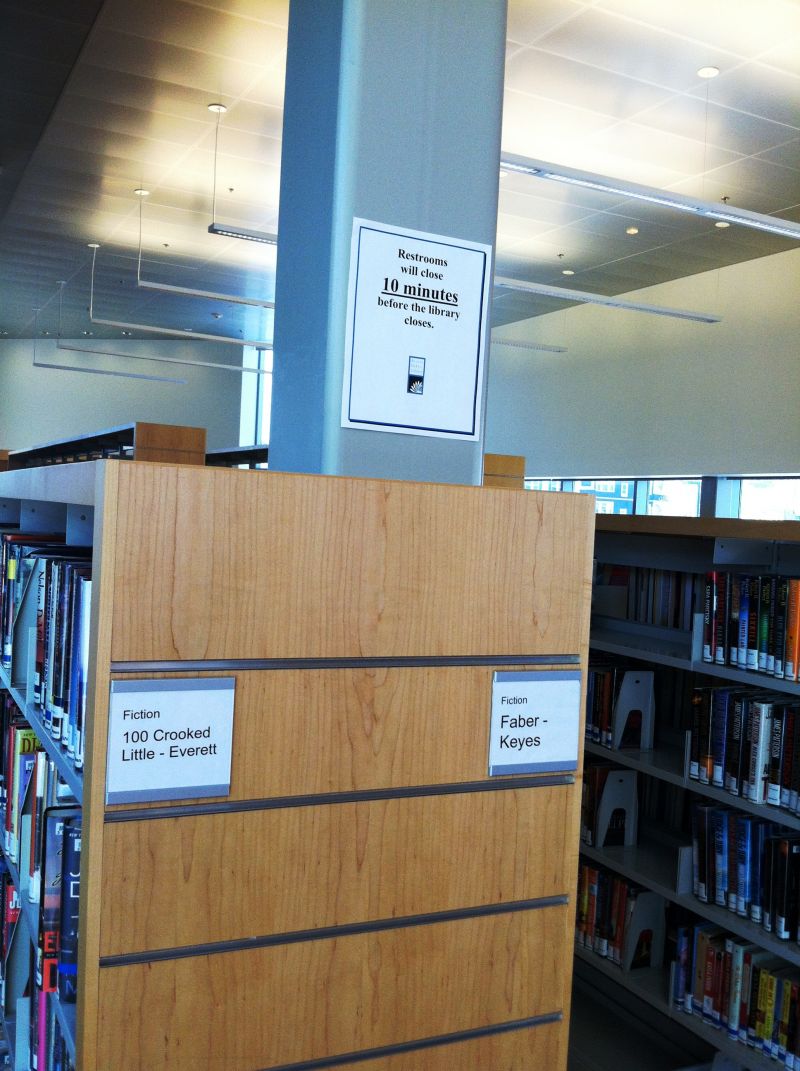 But what about zooming-in a bit and trying to reign-in visual clutter within our buildings, where we might be able exert some control?

On a recent tour of several new and architecturally notable public and academic libraries in the Boston area, I was astonished at the pervasiveness of ad hoc signage haphazardly taped to nearly every available surface. No doubt these paper placards were produced by well-intentioned staff to provide temporal or supplemental information to patrons. It wasn’t necessarily the messages that I objected to, but rather, it was their overwhelming quantity and lack of attractive, cohesive design that troubled me. Basic computer skills and access to a color printer does not a good graphic designer make.

I don’t mean to single out libraries as the only offender here: we see this kind of visual clutter in most public buildings. But my tour got me wondering why the staff immediately felt the need to post these bills all over their brand new buildings, upon which the architect had otherwise lavished considerable attention to the design and details. What went wrong there?

As architects, we are obligated to make sure that required way-finding signage is part of the project. We often are involved in room identification and donor signage, too. But clearly there is another, distinct layer of changeable, information signage that’s needed in many kinds of buildings, a layer that is largely ignored until after the building is in use.

Well, we’d better start paying attention. We should strive to anticipate supplemental, staff-generated signage early in the design process. That way, we can devise ways to pre-format it, and artfully integrate it into the building’s design. Some clients may question the expense, but the burden is on us to convince them why it is worth it.