Centerbrook is designing comprehensive renovations and additions to Yale University’s Peabody Museum of Natural History that will transform the institution with the first major changes since it opened in 1925.

Based on over 10 years of master planning, the large Peabody Museum expansion and renovation project will fulfill these goals: 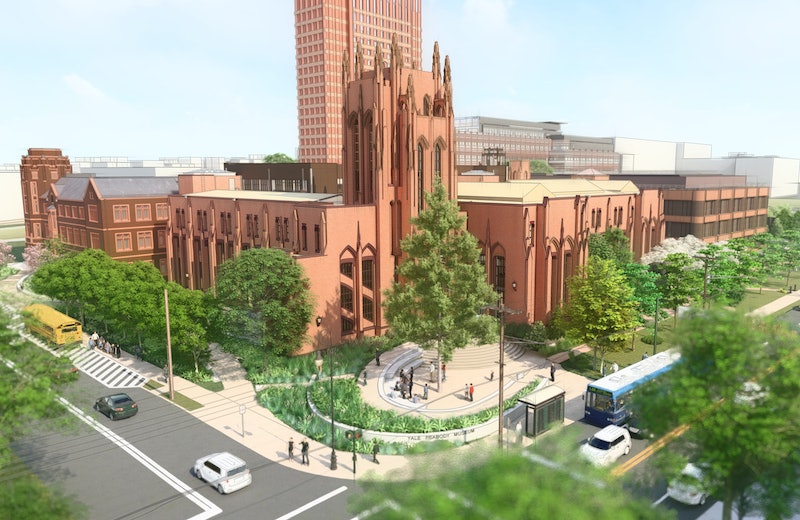 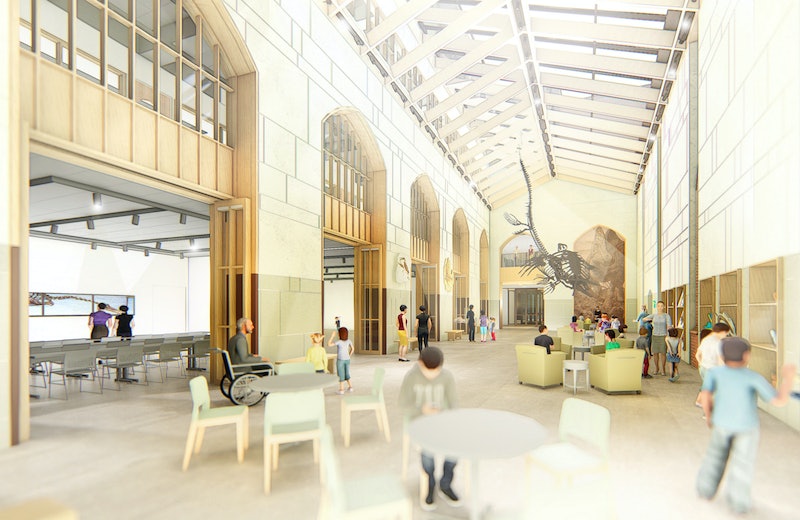 Large fossils will be remounted in dynamic poses beneath Rudolph Zallinger’s renowned murals, The Age of Reptiles and The Age of Mammals. Anthropological exhibits will greatly increase with a new floor of galleries. Other natural history exhibits will be refurbished while historic dioramas are restored in place and relit. All the exhibits will include cutting edge digitally interactive information modes.

Lower floor collections are being greatly improved with state-of-the-art climactic control, research and restoration labs, and storage systems. With museum planning and exhibit design experts and the Peabody’s collections managers, Centerbrook is revisioning the collections, looking at anticipated growth, phasing their rehousing, and improving secure storage. A new lower level learning center for K-12 visitors, conveniently near collections, will introduce students to the museum’s materials and offerings.

These changes also support a new mission for the institution of engaging undergraduates with its materials, programs, and operations for experiential learning in all fields, including the liberal arts as well as science. The improvements include a bevy of new classrooms, labs, and learning spaces. A new north court and entry will welcome the Yale community for research and study, while the building’s iconic public entry remains, expanded, at the corner of Whitney Avenue and Sachem Street. 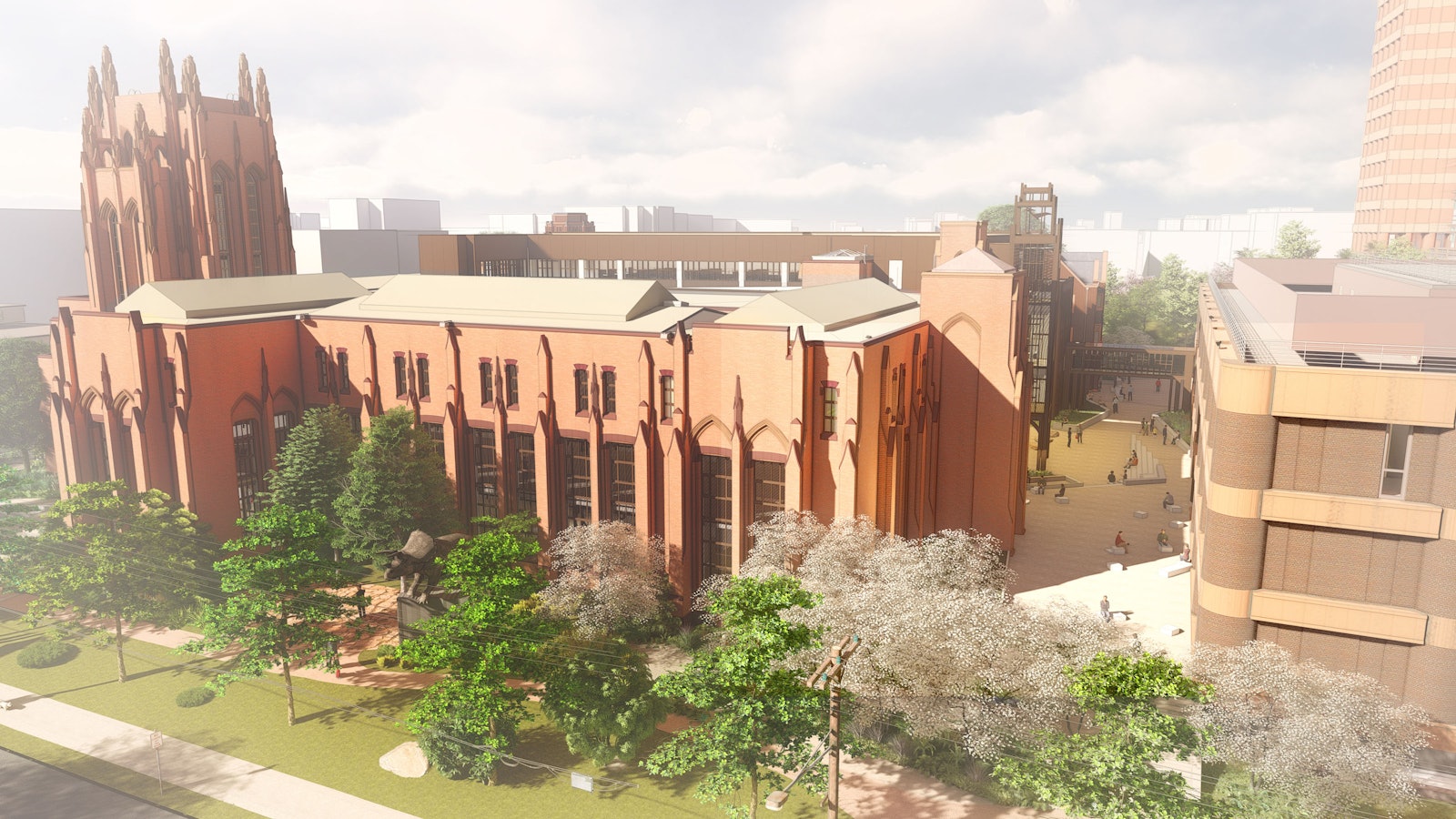 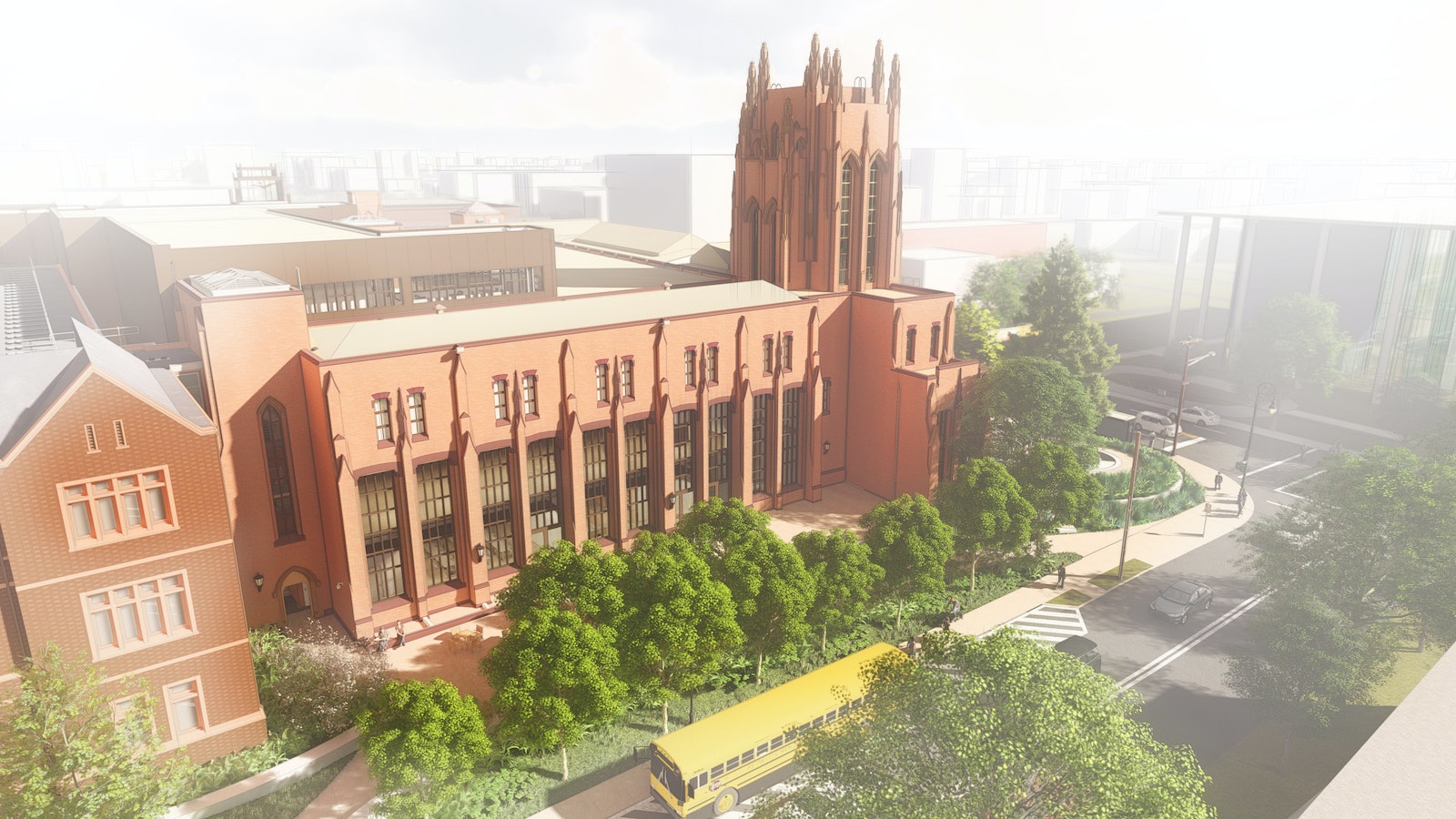 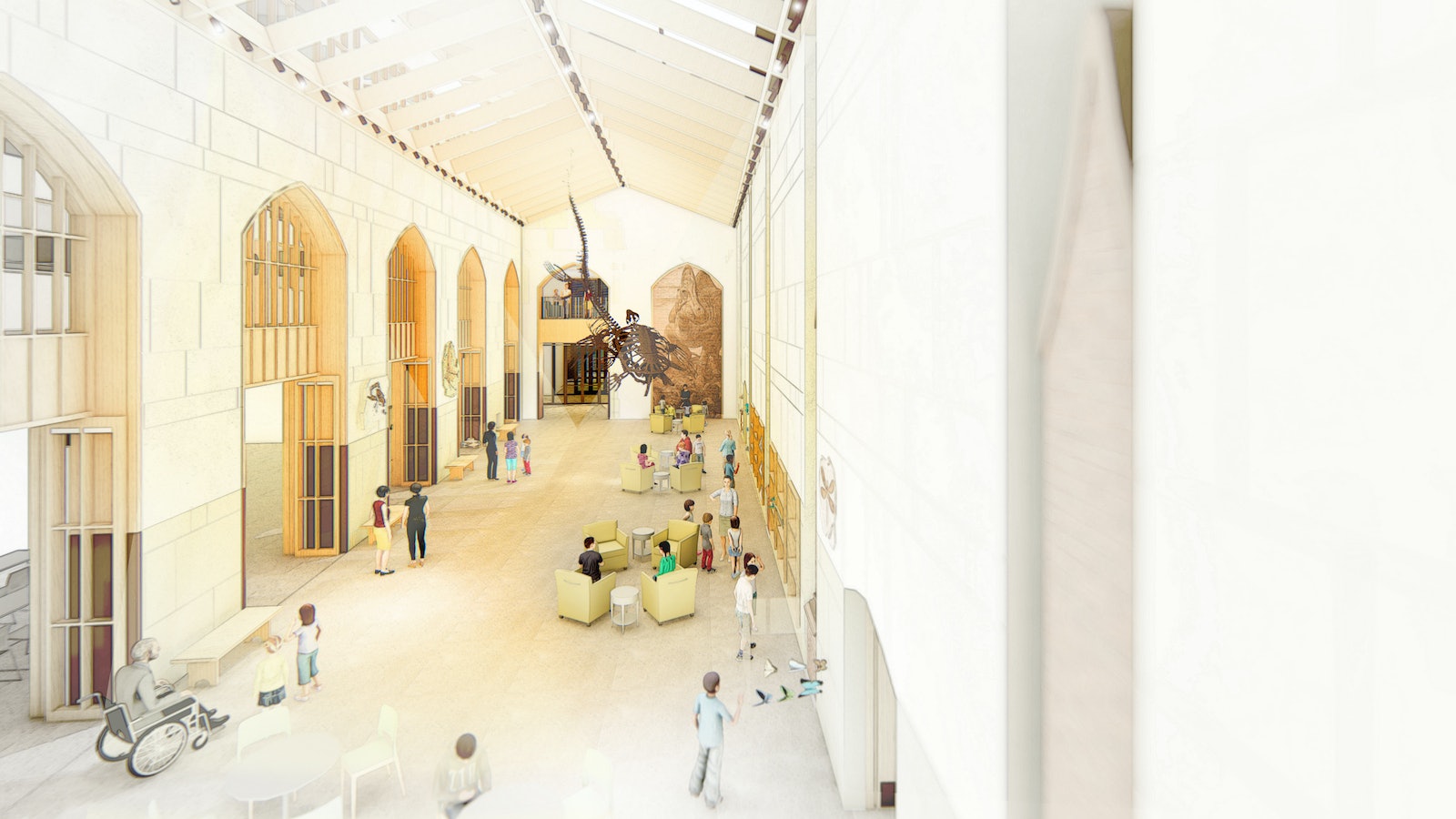 The project encompasses 172,355 square feet of work between renovated spaces and new construction. The new construction primarily consists of a 57,631-square-foot, four-story infill addition between the Peabody Museum and neighboring Environmental Science Center (ESC) on Science Hill. The addition will feature a new glass entrance tower that faces the adjacent Kline Geology Laboratory (KGL) and a dramatic sky lit four-story central gallery. The renovations also extend from the Peabody into neighboring ESC and KGL. 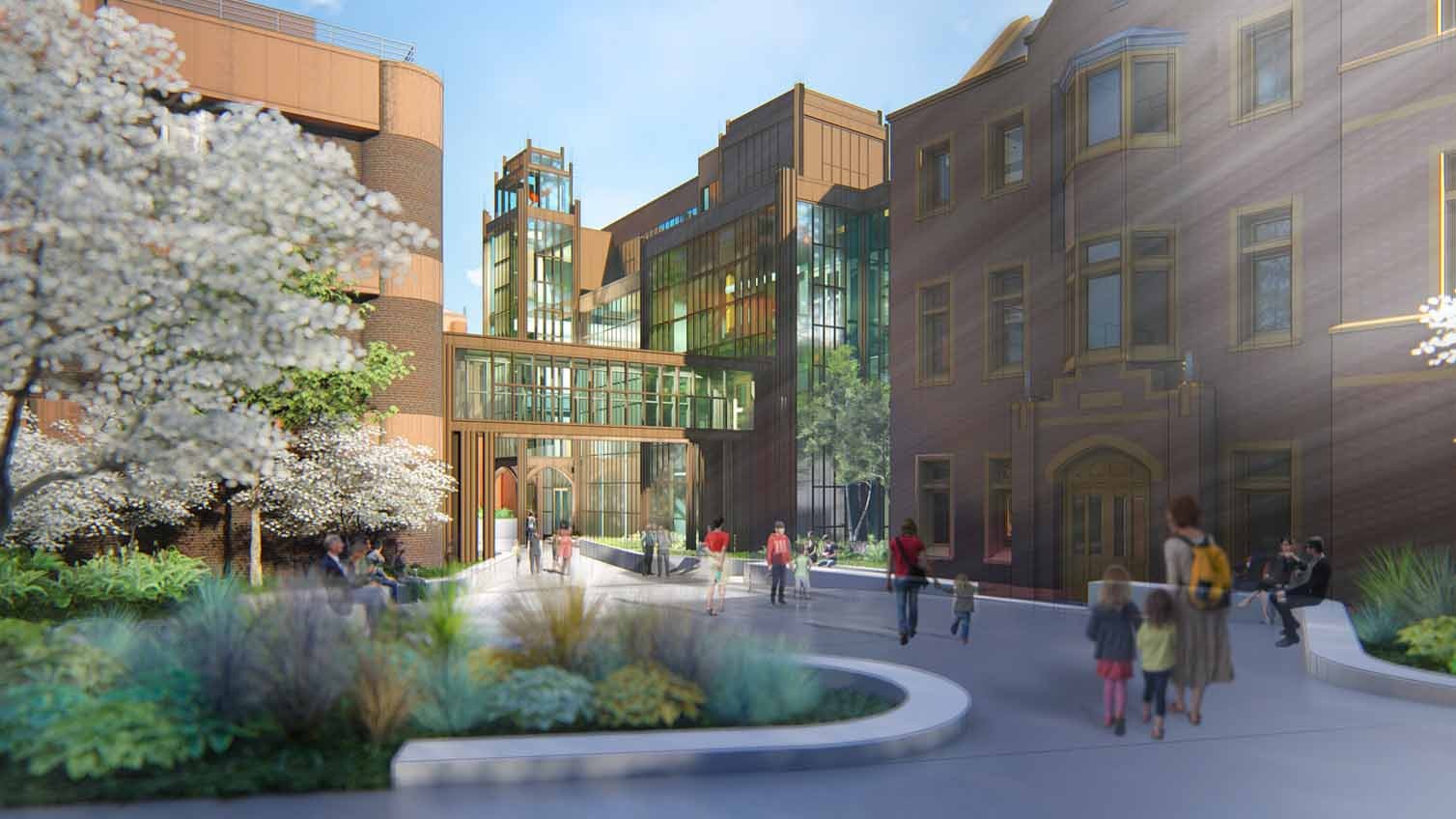 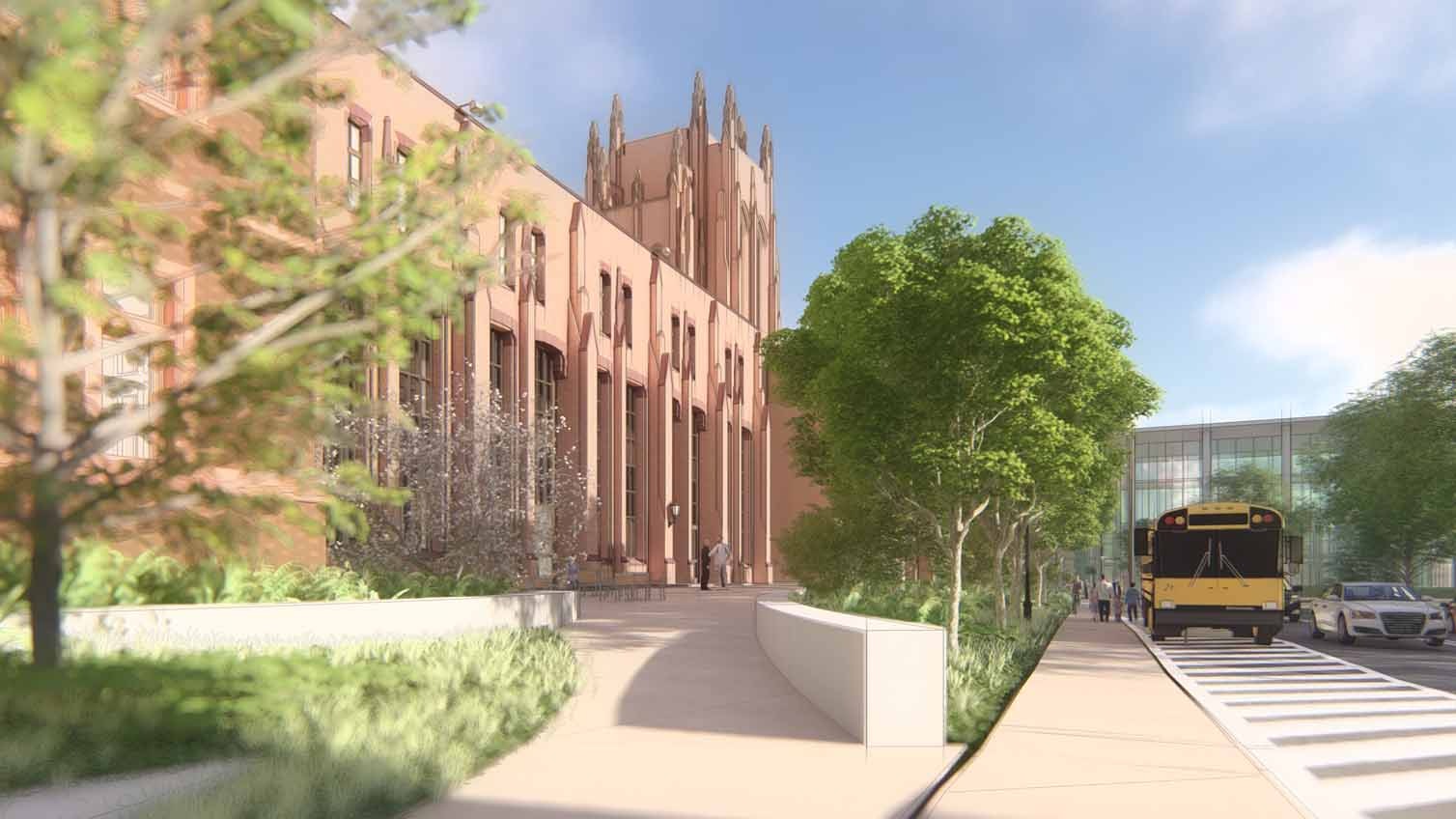 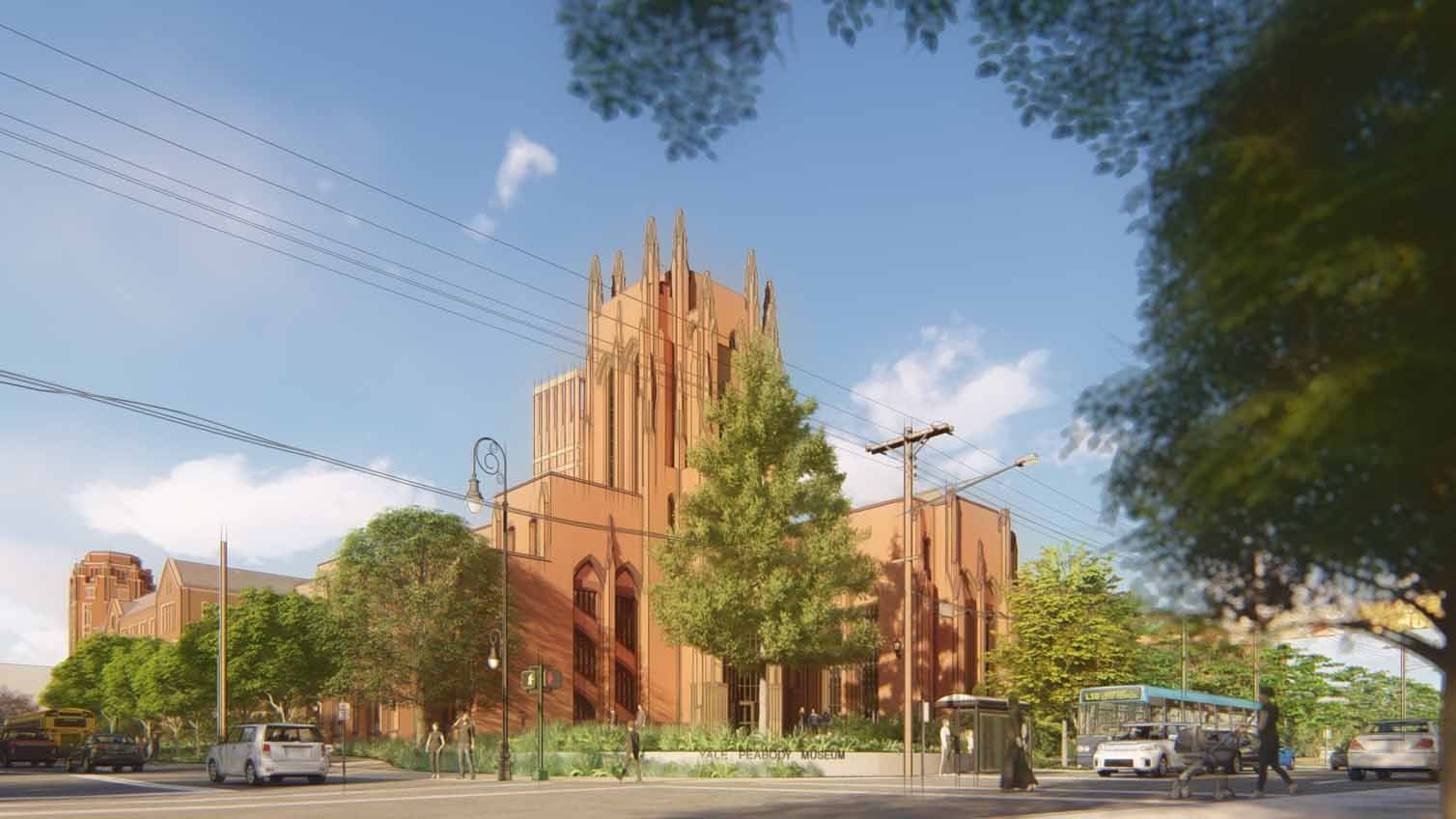 Founded in 1866, the Peabody is one of the oldest and most important scientific institutions in the nation. More than 130,000 visitors a year tour the exhibits and attend educational programs at the Peabody, which is Yale’s primary conduit for sharing scientific knowledge with the general public. It has been the home of major discoveries and advances for over 150 years. These improvements are planned to support similar scientific progress for the next century and more.

Designed by Charles Z. Klauder – a prominent campus architect of the era – the Peabody is a three-story French Gothic brick and dark brown sandstone building. Originally conceived in 1917, the project was delayed by U.S. involvement in World War I and construction commenced in the spring of 1921.

The Peabody Museum follows other recent renovations of Yale’s cultural icons, including the Center for British Art and the Beinecke Rare Book & Manuscript Library. The project’s multi-year timeline currently calls for construction to commence in the spring of 2020.

Centerbrook collaborated with ASSA ABLOY on custom “osteo-architecture” door handles and pulls, which received a Good Design award from The Chicago Athenaeum.