A Visit to the Front

In the last year we’ve added 16 people to our architectural staff. Of those, 11 are recent architecture school graduates. With that in mind, we thought they’d benefit from a field trip to a nearby active construction site. 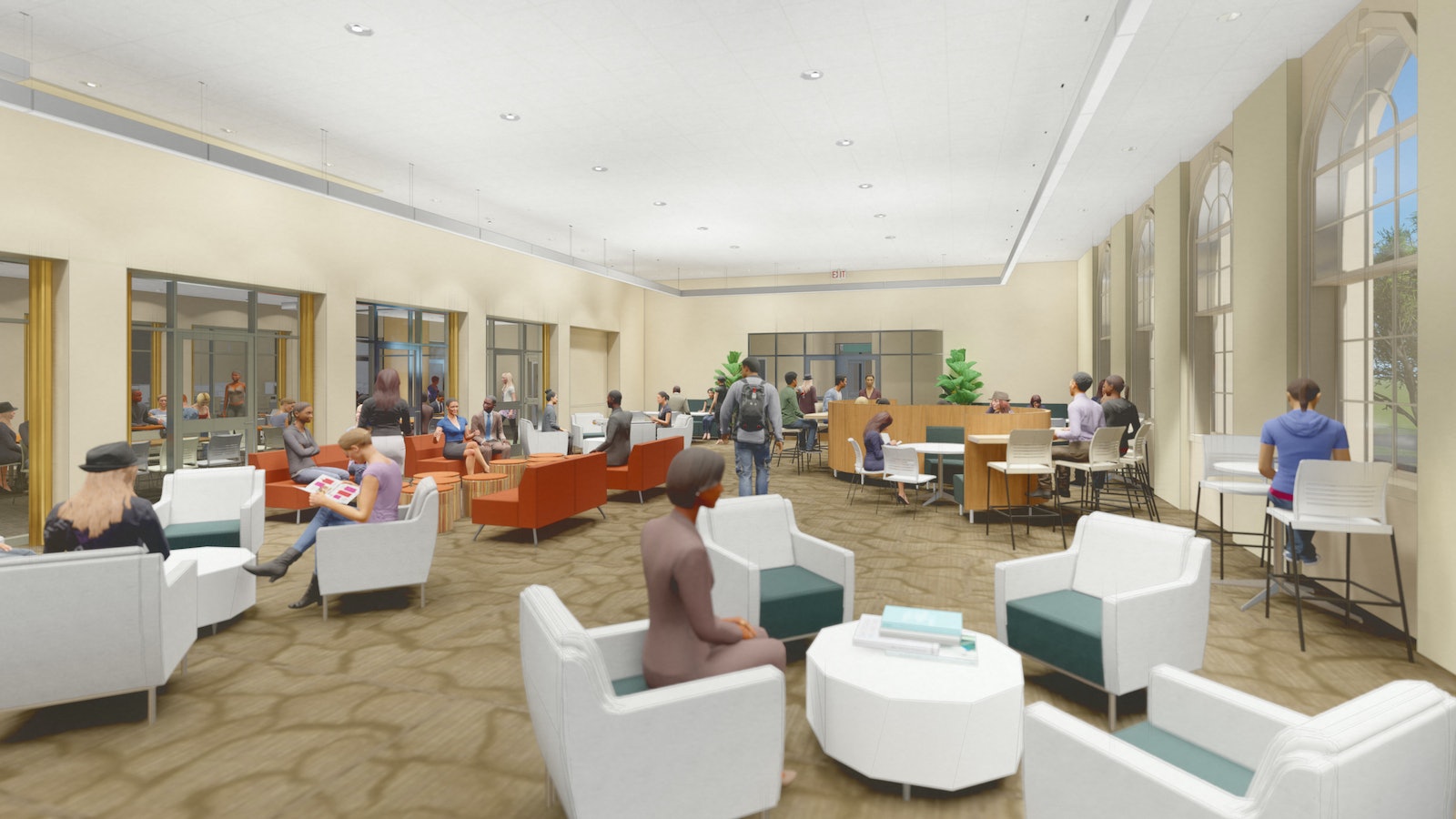 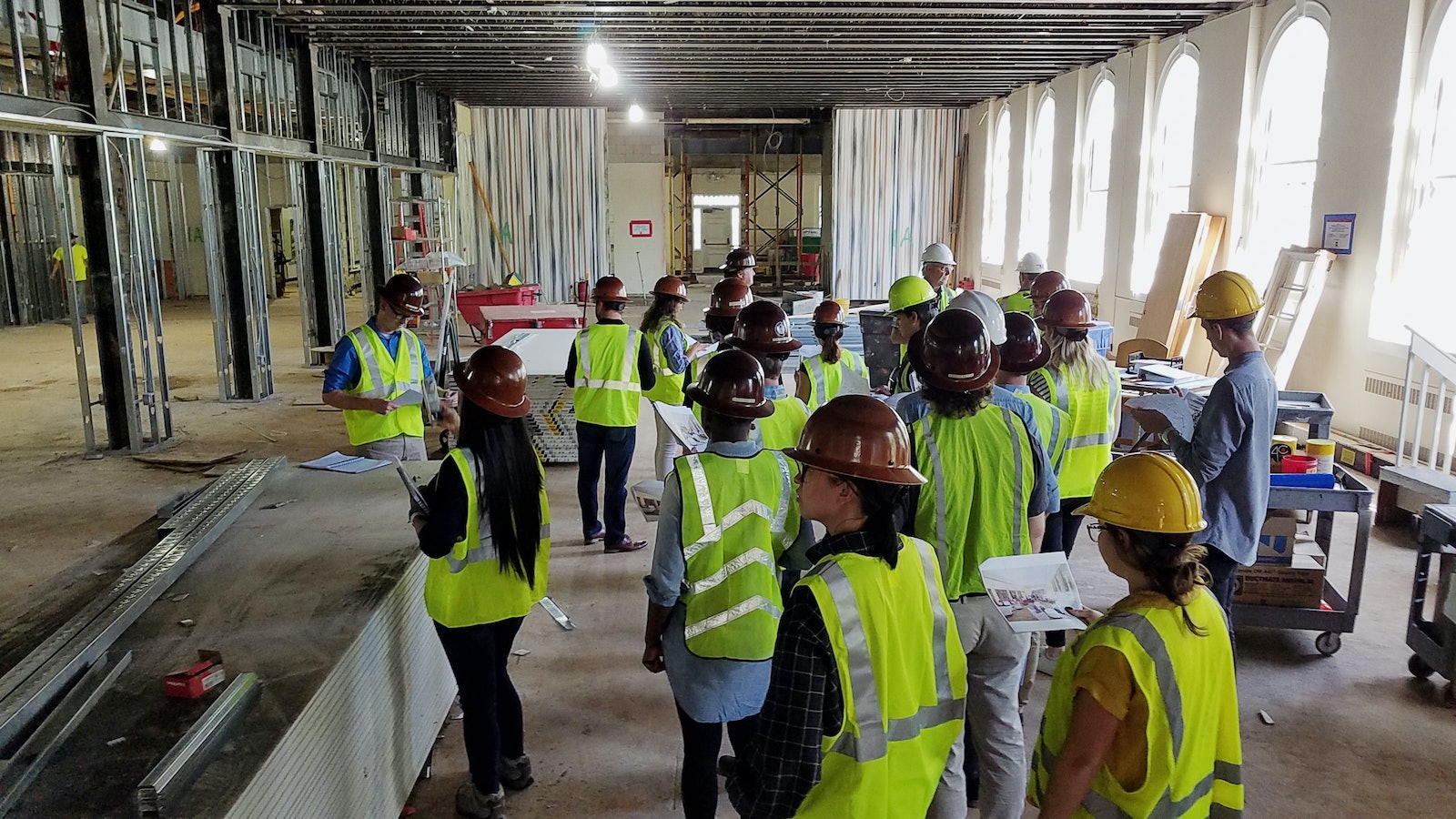 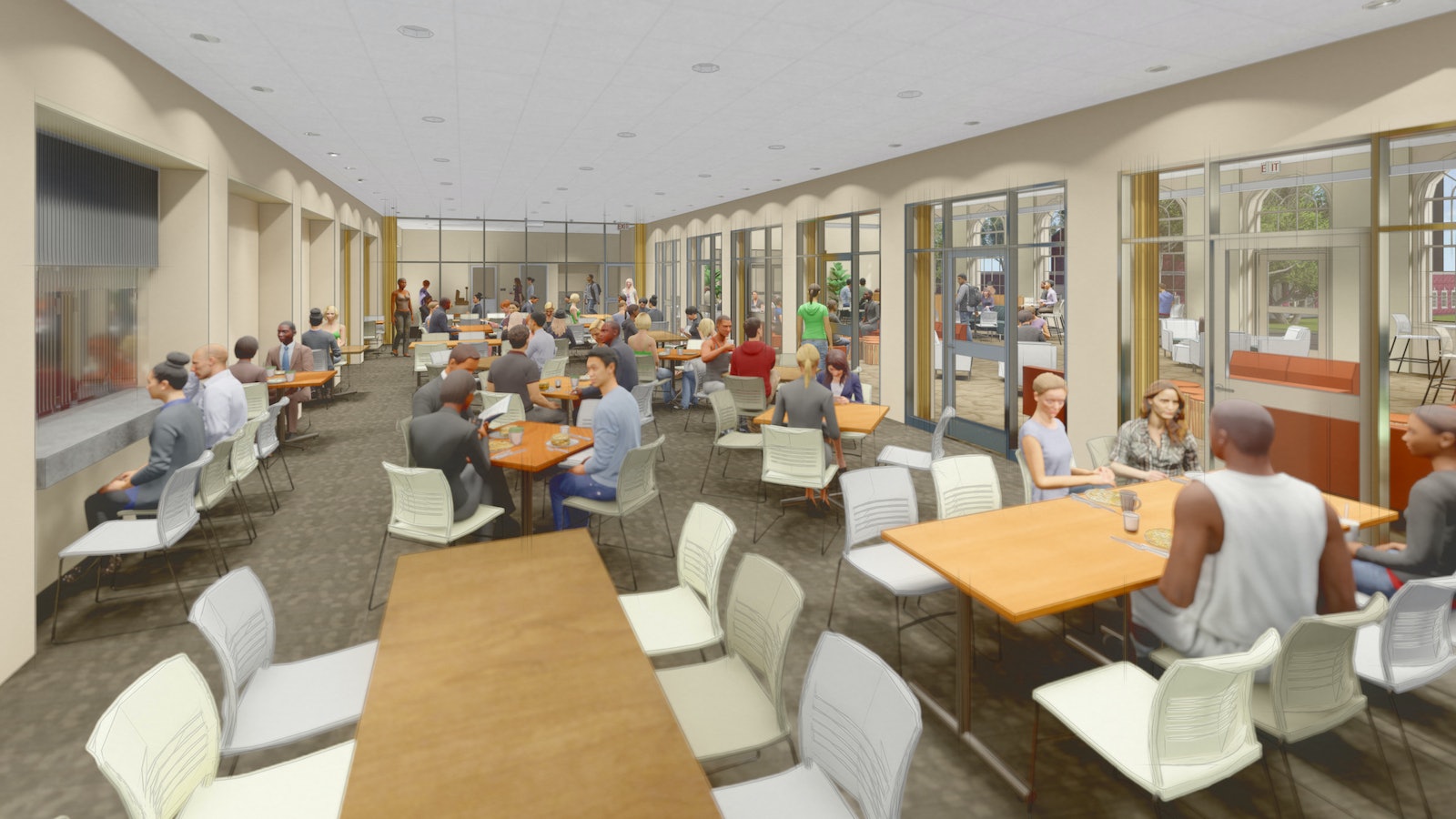 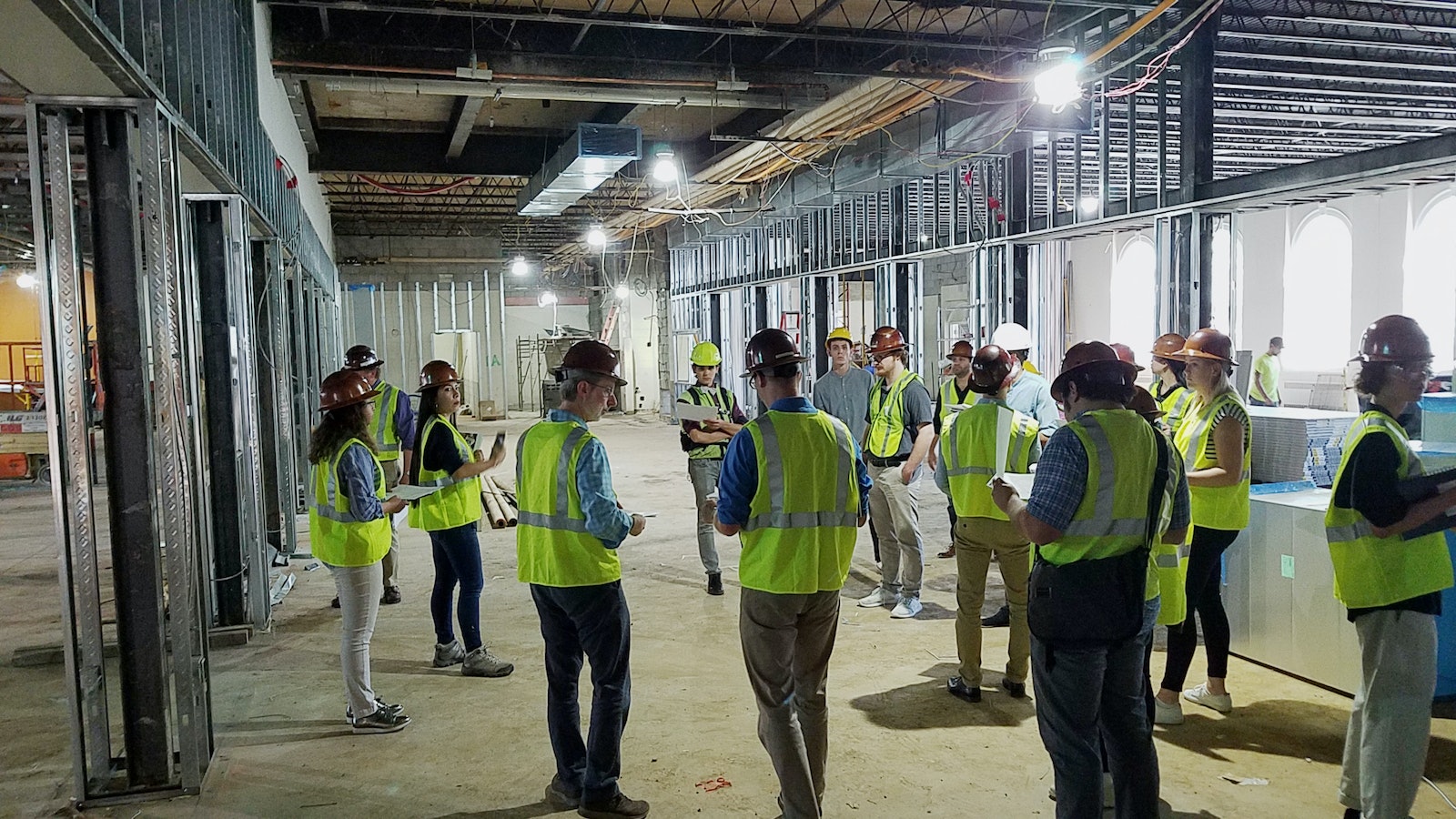 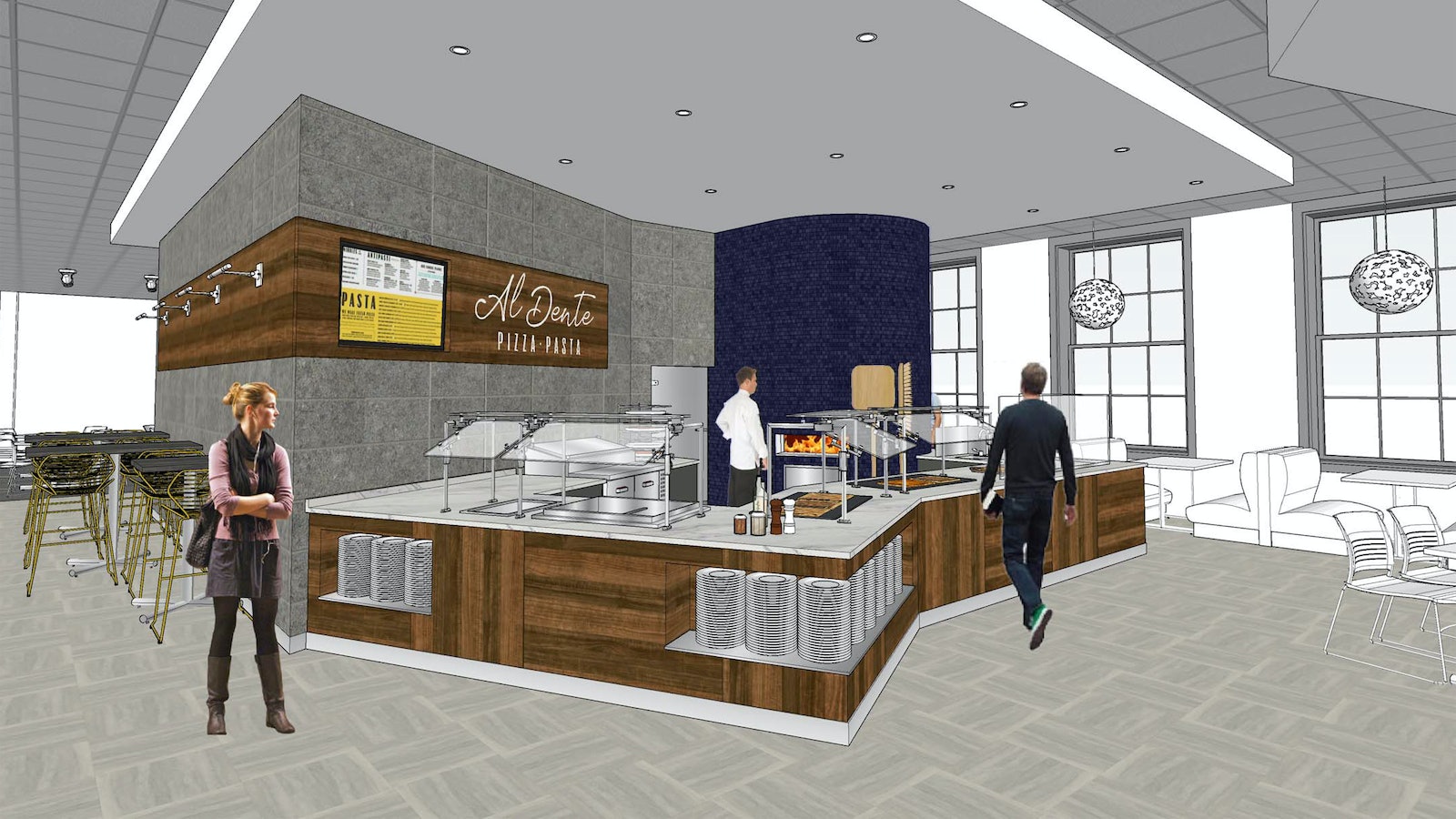 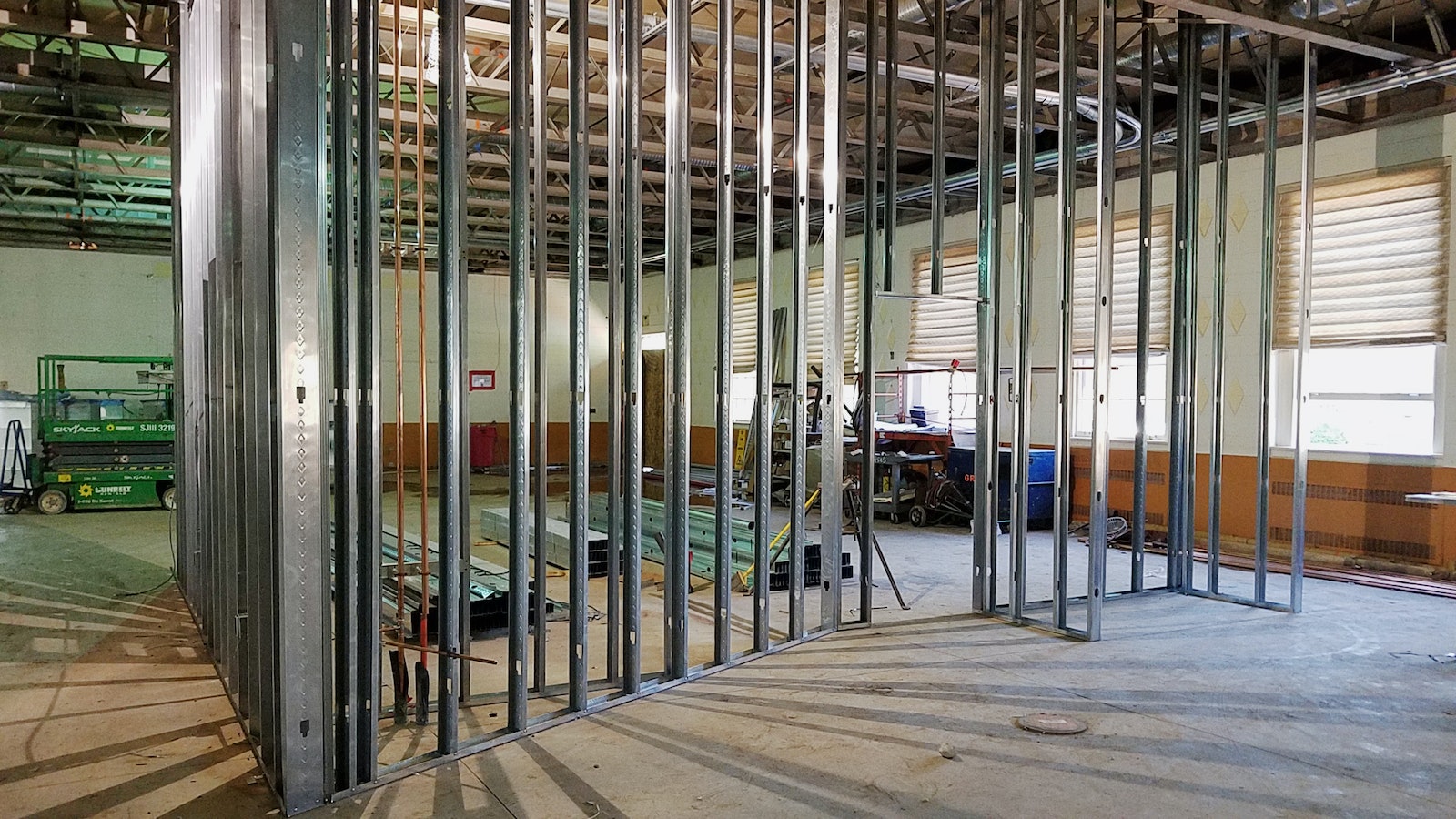 At the University of Saint Joseph in West Hartford, Connecticut, we are renovating McGovern Hall, home to the school’s dining and student services. The 1961 vintage building was in need of modernization in general, but the university’s admission of male students for the first time last year necessitated both expanding and enhancing its kitchen, serving, and dining areas.

Centerbrook’s Senior Director Chuck Mueller led the tour, which was graciously accommodated by FIP Construction. It was a great opportunity to get a messy, real-world look at columns, beams & framing, and wires, pipes & ducts beyond the virtual realm of a Revit 3D model. The experience was enhanced by the challenges of a renovation, where more unknowns arise in comparison to new construction. 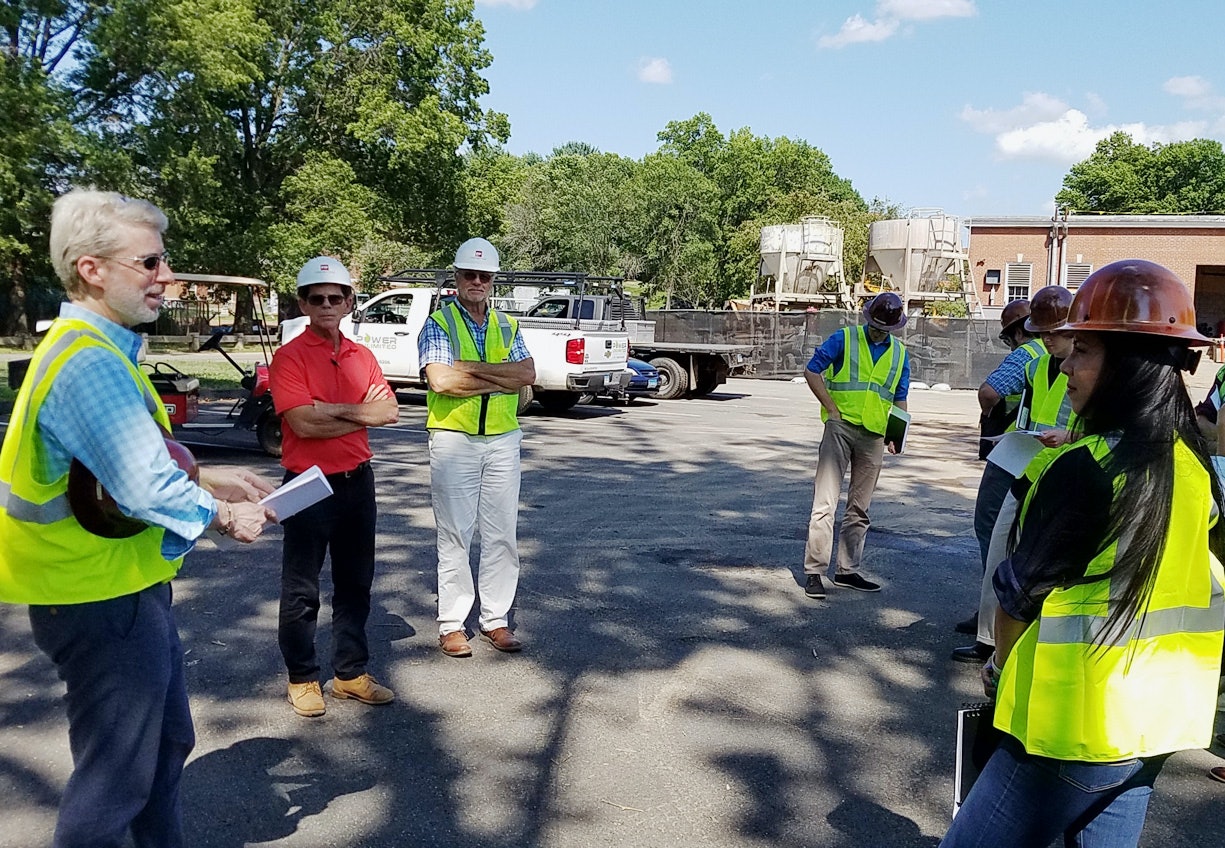 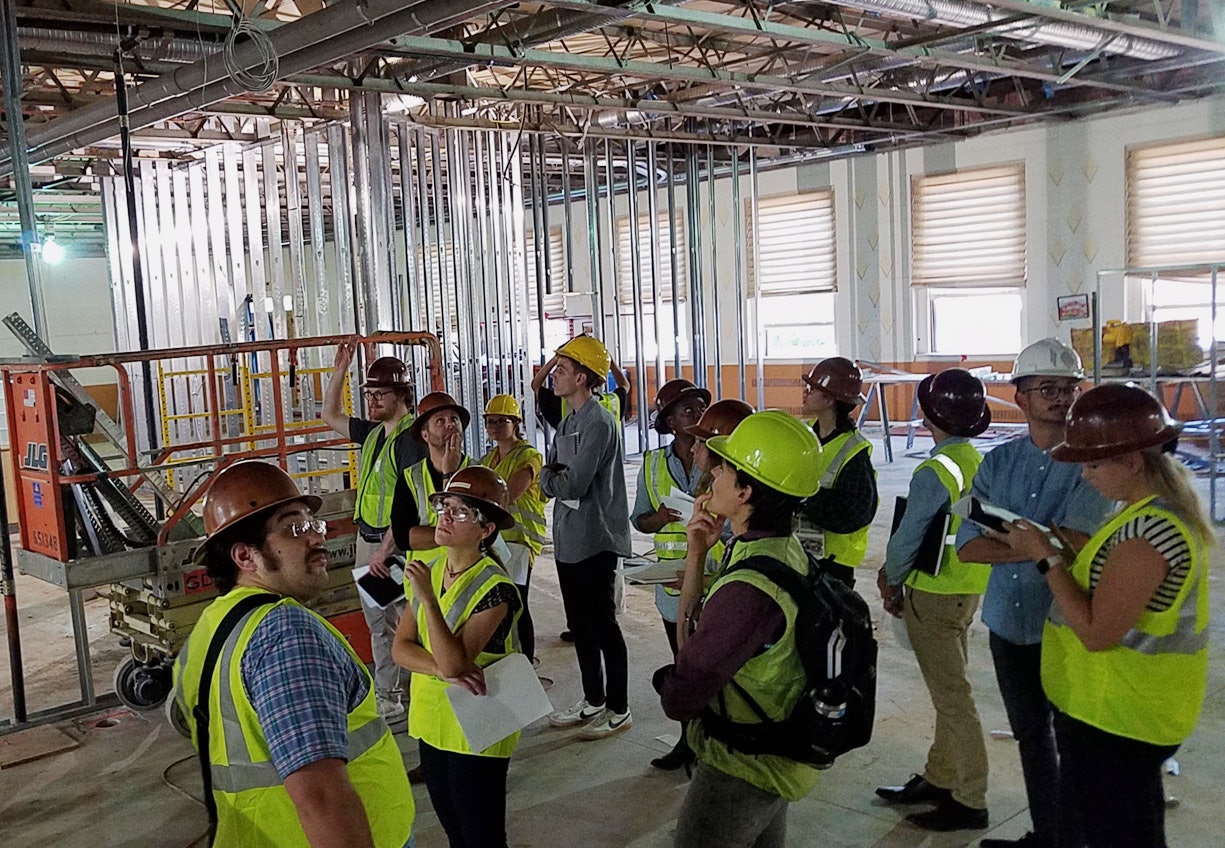 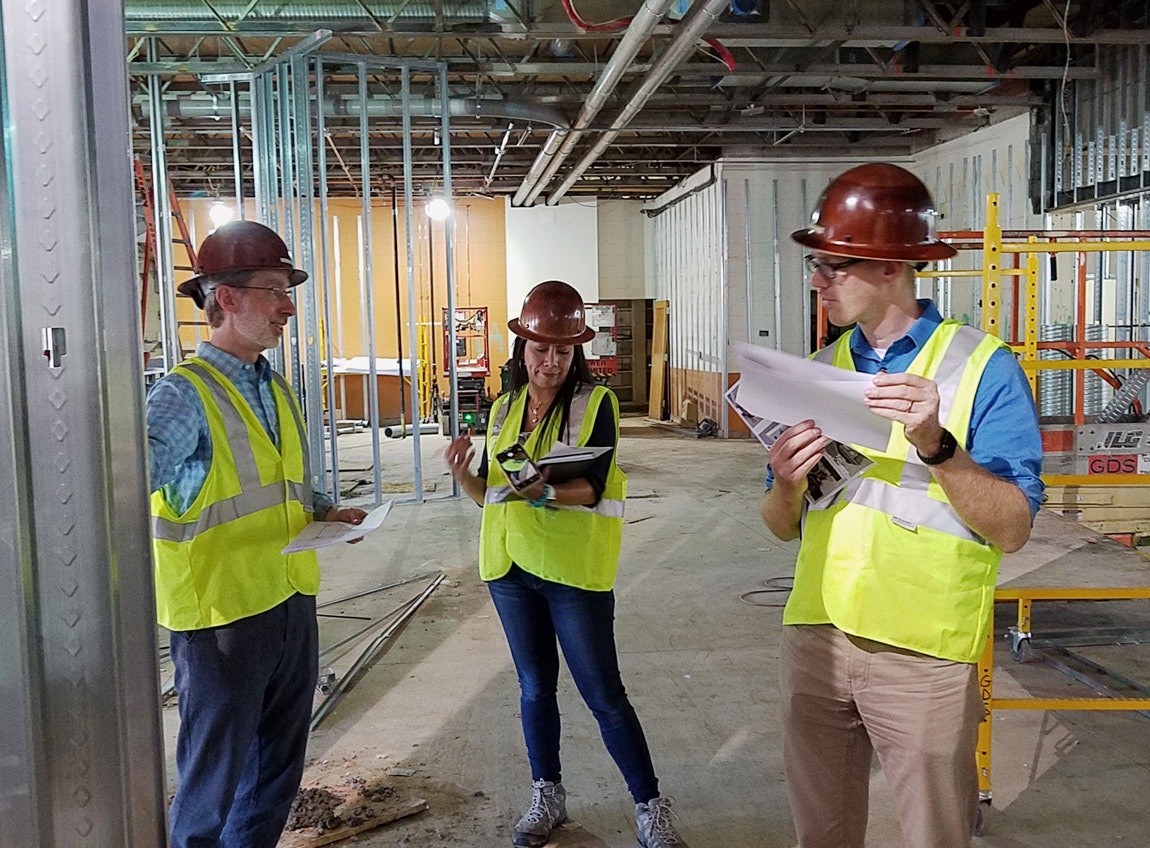 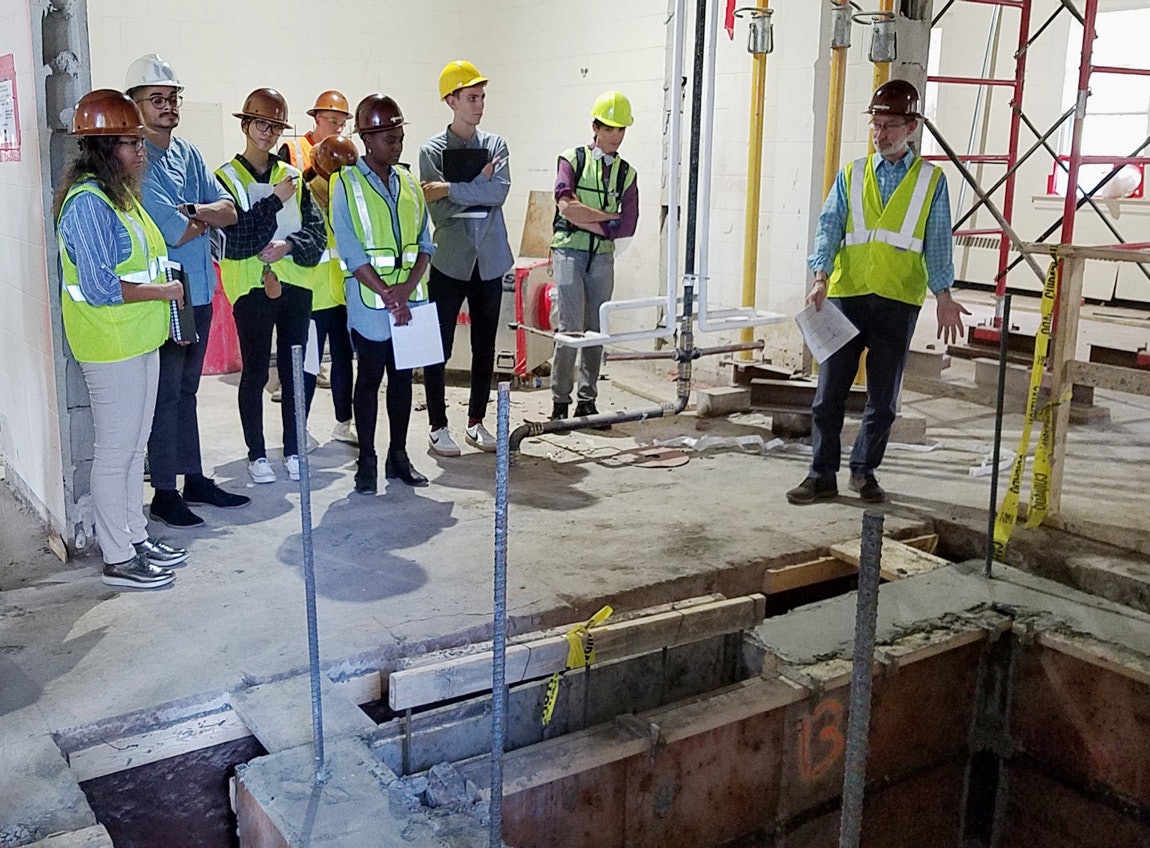 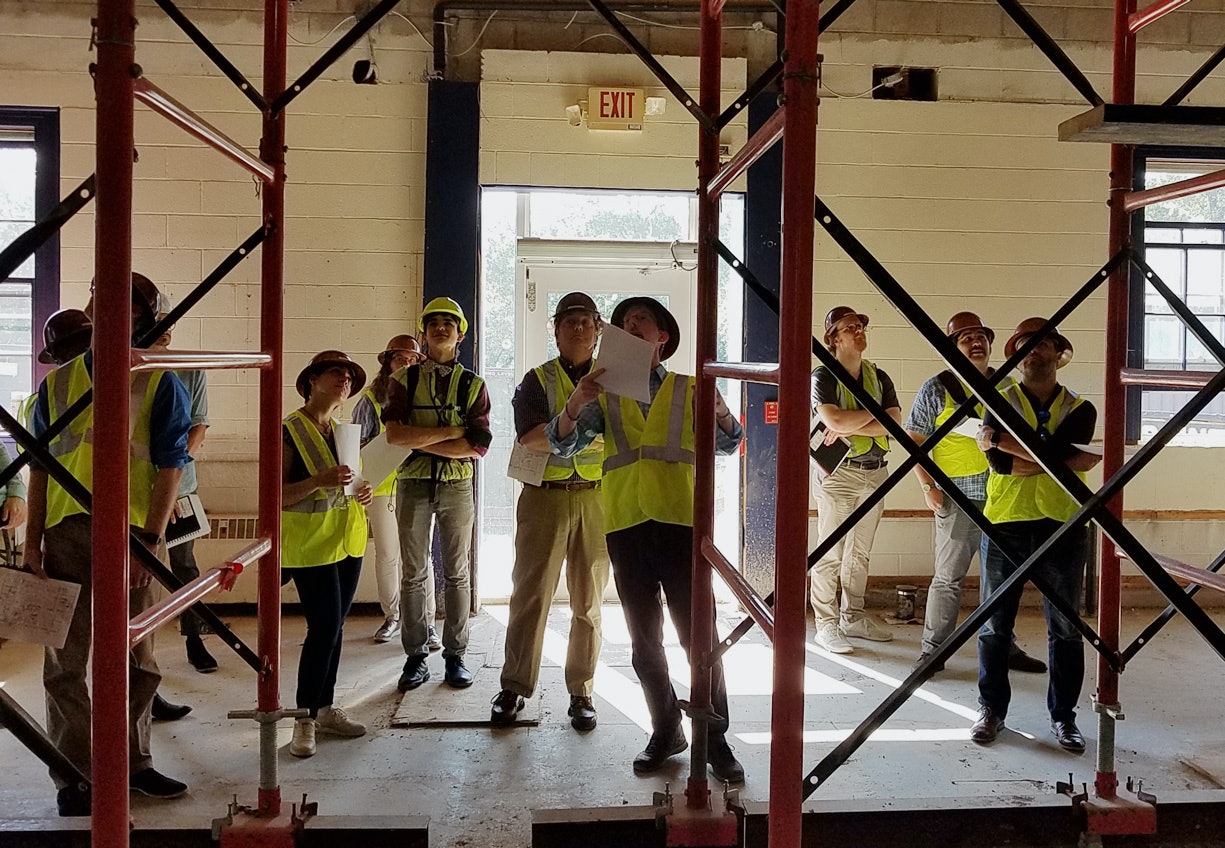 In addition to describing notable design elements, Chuck got into the details of what we were seeing. For example, the walls of the new dishwashing room and toilet rooms are concrete block – while most others are framed with metal studs – to more effectively contain sound. We talked about the modifications and temporary shoring necessary to install a new elevator in the nearly 60-year-old facility – an example of how you may not know what goes into it, until you really get into it. 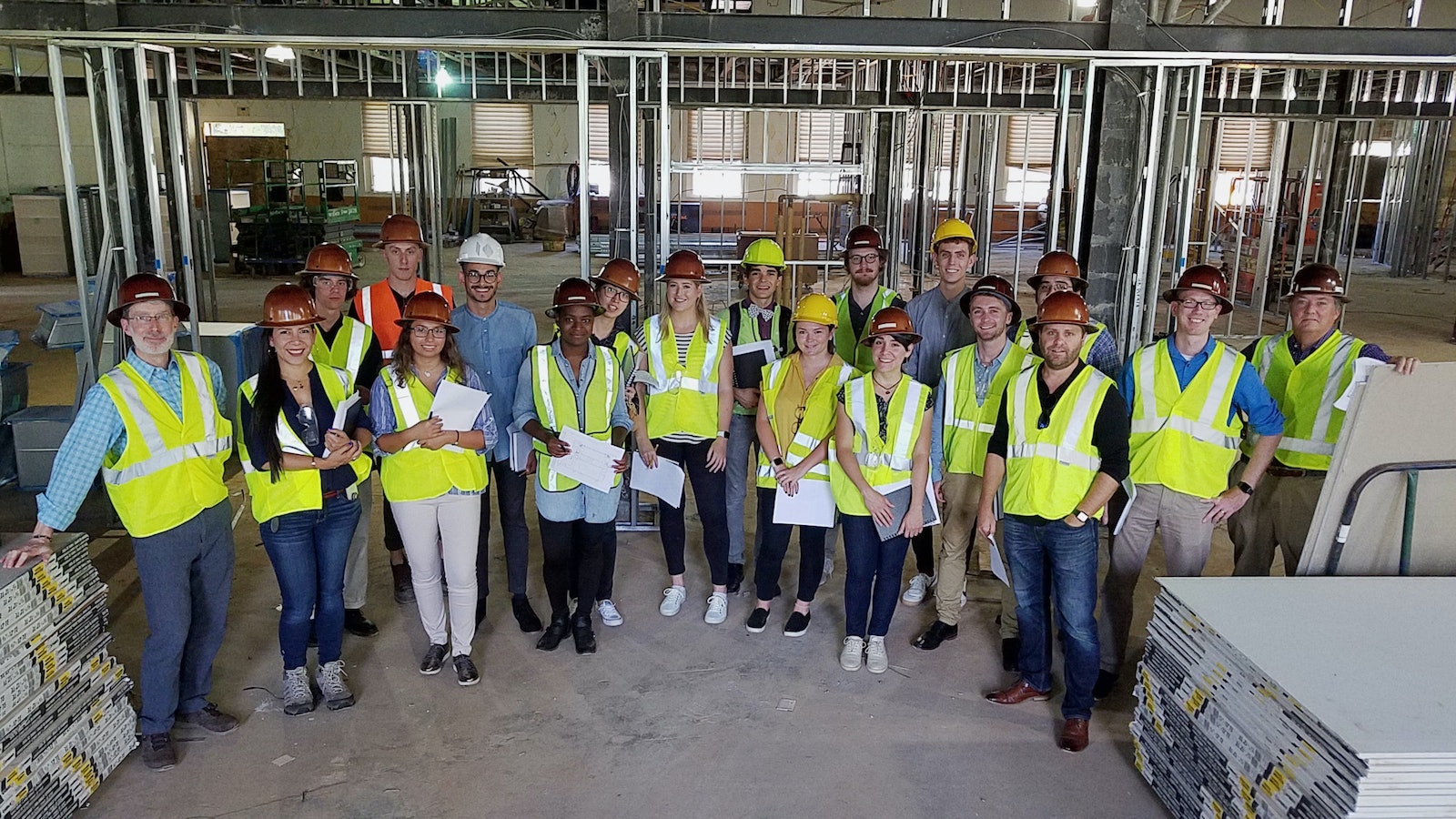 The visit concluded with a fun challenge to sketch any feature of the project under its current conditions that we found interesting. Here are a few examples: 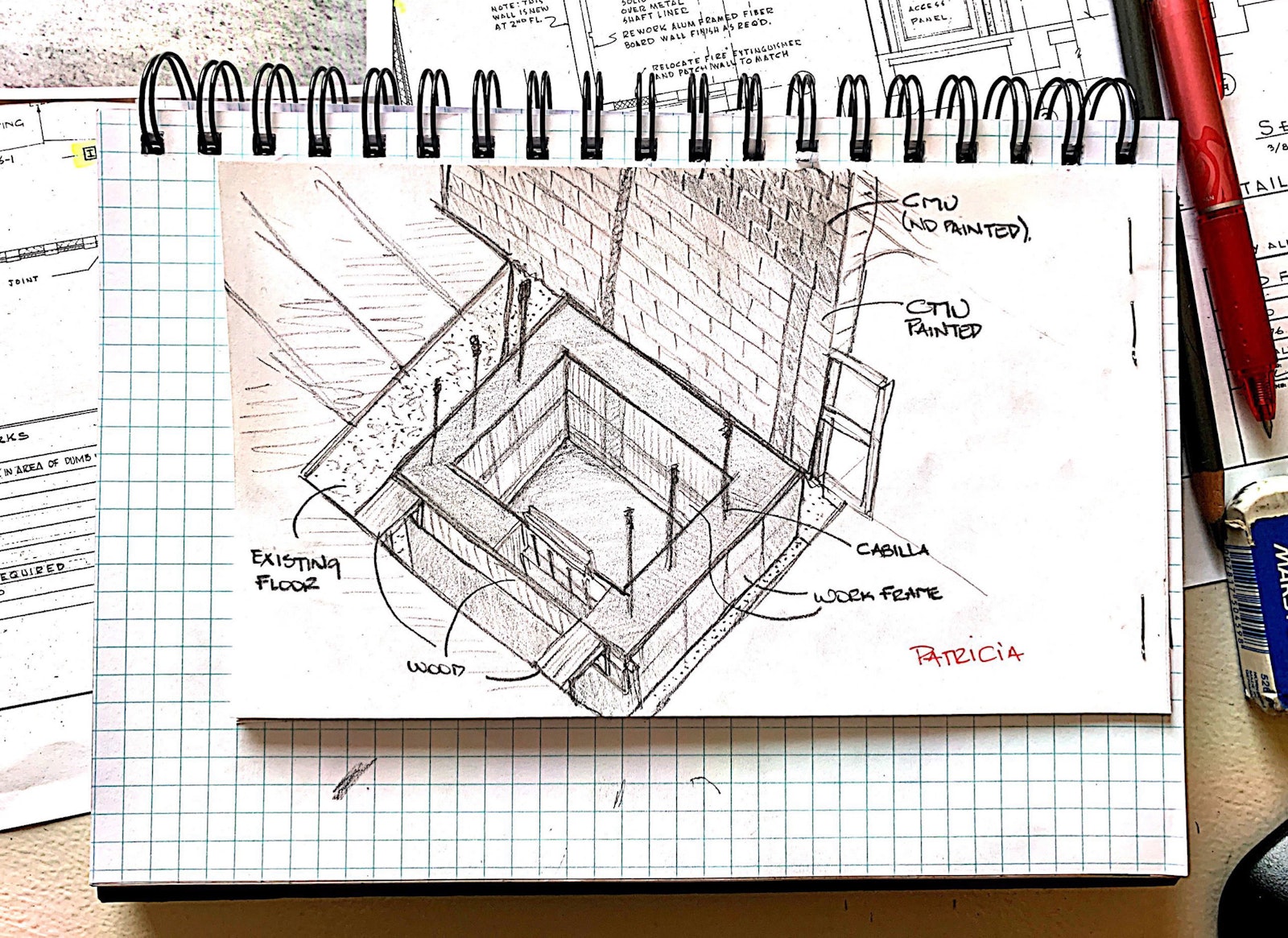 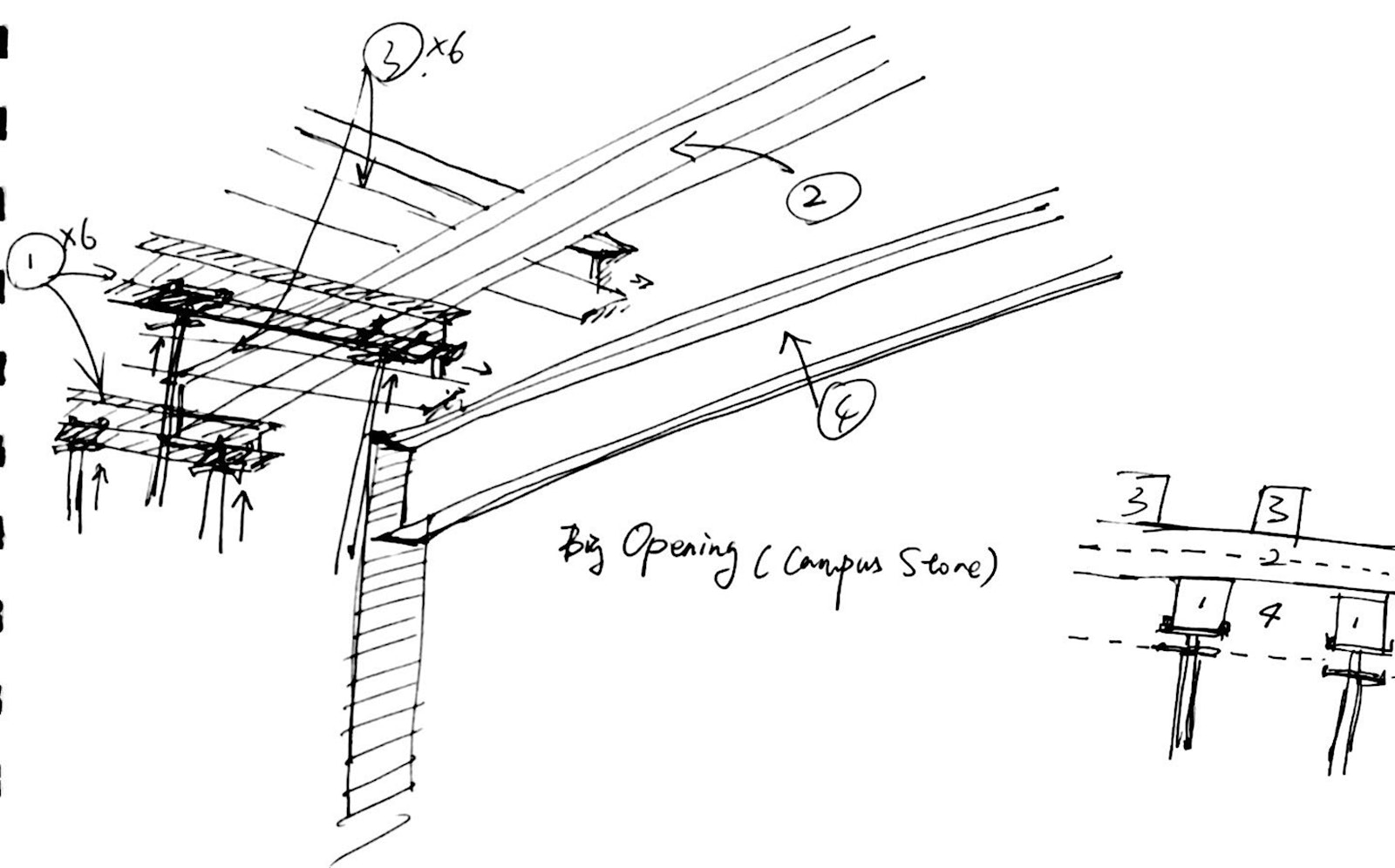 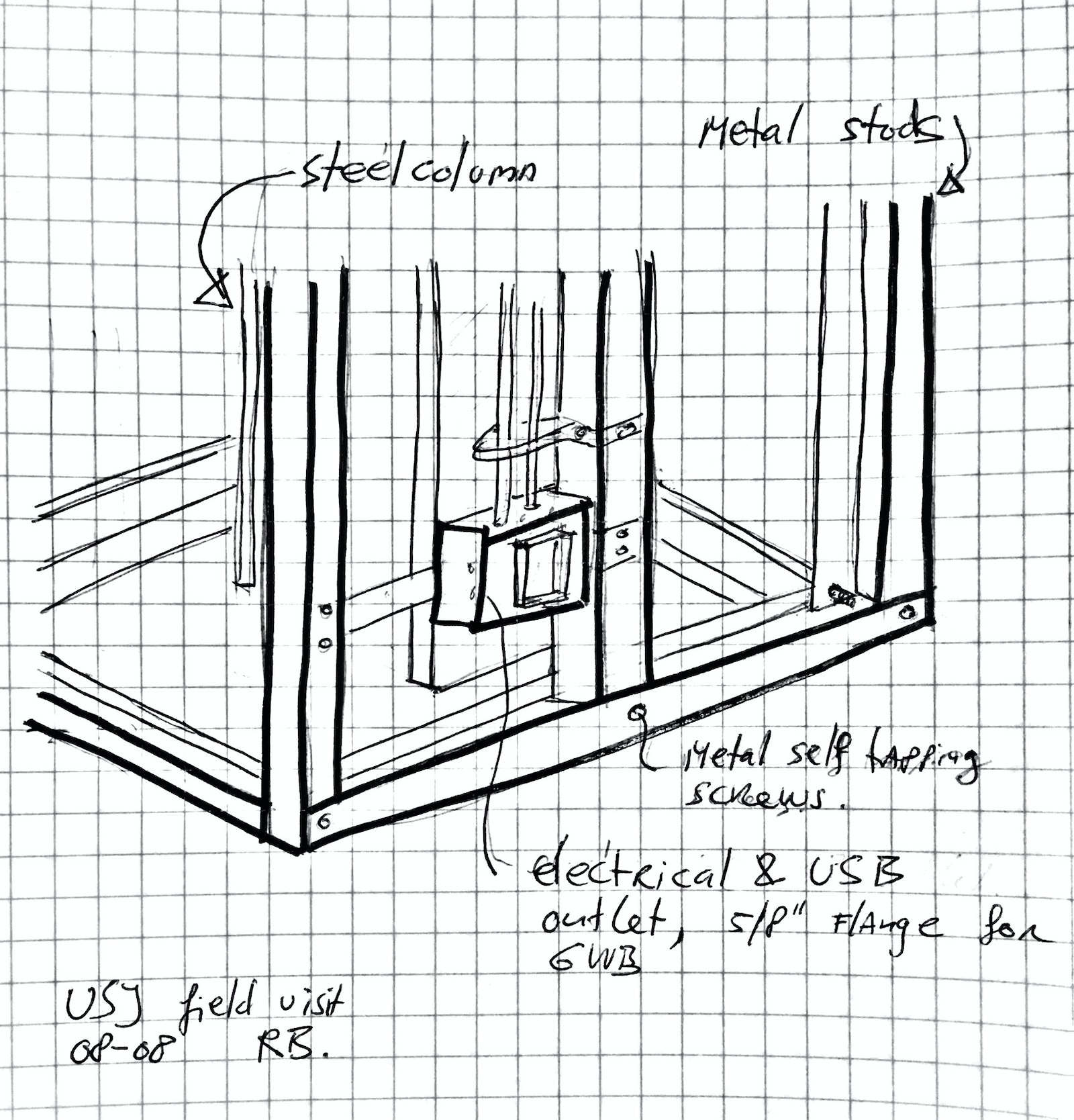 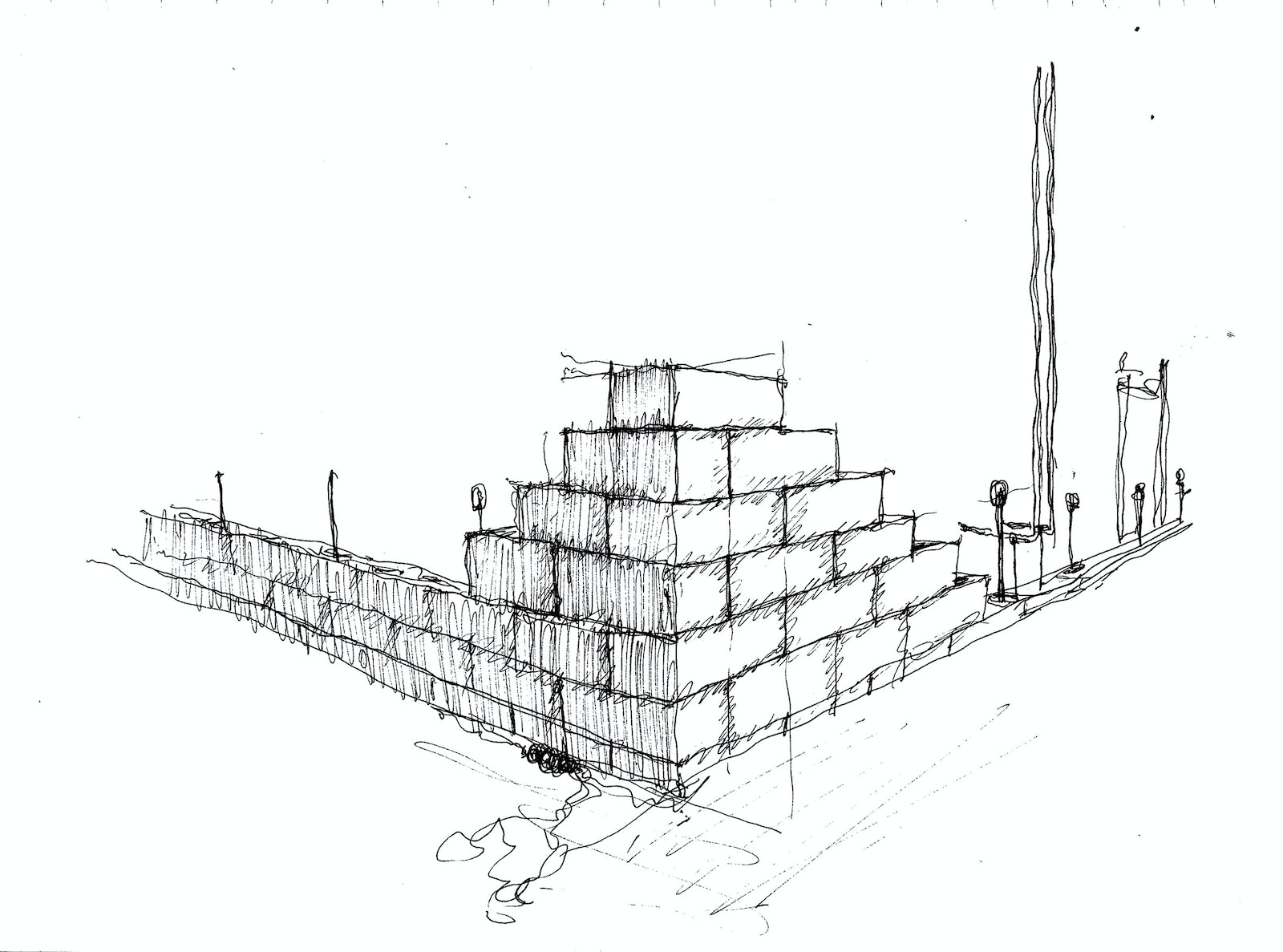