All Hail the Restomodded Rink!

To an automobile enthusiast, a resto-mod is an older car restored to near original condition on the outside, but underneath it is modernized with new mechanicals so that it performs like a state-of-the-art vehicle. This was our strategy for a project we recently completed in Connecticut’s “Quiet Corner”.

Pomfret School’s ice hockey tradition goes back to 1898, just four years after its founding. Today, the Griffins skate in their iconic Jahn Ice Rink. It consists of a 1960’s era pre-engineered metal building that surrounds the rink and its support functions, as well as a lobby and locker room addition designed in 2004 by the late Helmut Jahn, a renowned architect whose son went to Pomfret.

By 2020 the ice rink needed updating. The mechanicals had failed and ice was made with an inefficient temporary system. Walls were uninsulated, and much of the siding was damaged, which led to air infiltration problems. There were no systems for controlling temperature and humidity inside the rink, which are essential to maintaining quality ice conditions. On warm days, condensation created fog that made it difficult to see to the far end of the rink.

Pomfret engaged Centerbrook and an expert team: B32 Engineering Group, a top ice rink specialist, RFS Engineering, a leading HVAC consultant, and Shawmut Design and Construction. They charged us with retaining the building’s appearance while fixing its problems and making it work like new. To achieve those goals we took a three-pronged approach. 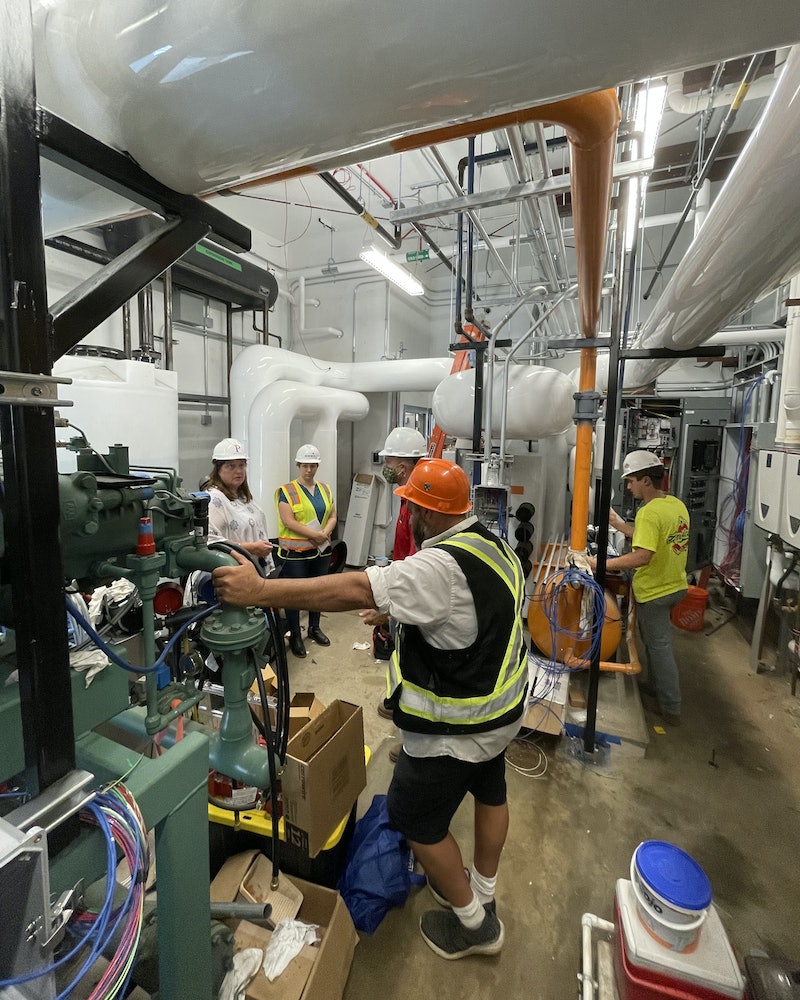 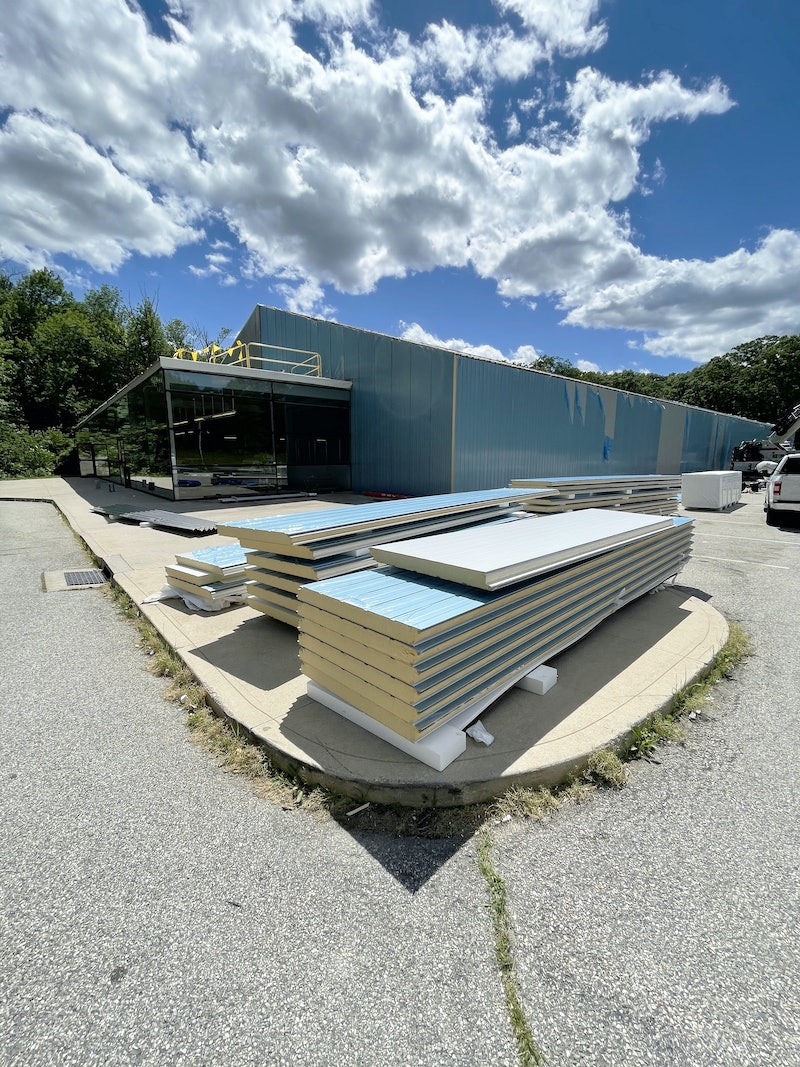 First, we controlled the rink environment. To do this, we replaced the walls and roof of the main building with insulated metal panels which closely resemble the aluminum panels we removed. This eliminated the holes and gaps where outside air and moisture entered the building. The panels also provide insulation to a value of R-30 where, in many places, there was none. We also added an interior wall to keep the warmer lobby air separate from the cooler ice rink air.

Third, we replaced the all-important ice making equipment with a refrigeration system whose quality a sub-contractor likened to a Mercedes Benz. It is a 120-ton industrial grade ammonia/glycol system, consisting of twin screw-type compressors, a chiller, and a touch screen control system that keeps the ice at around 20 degrees. 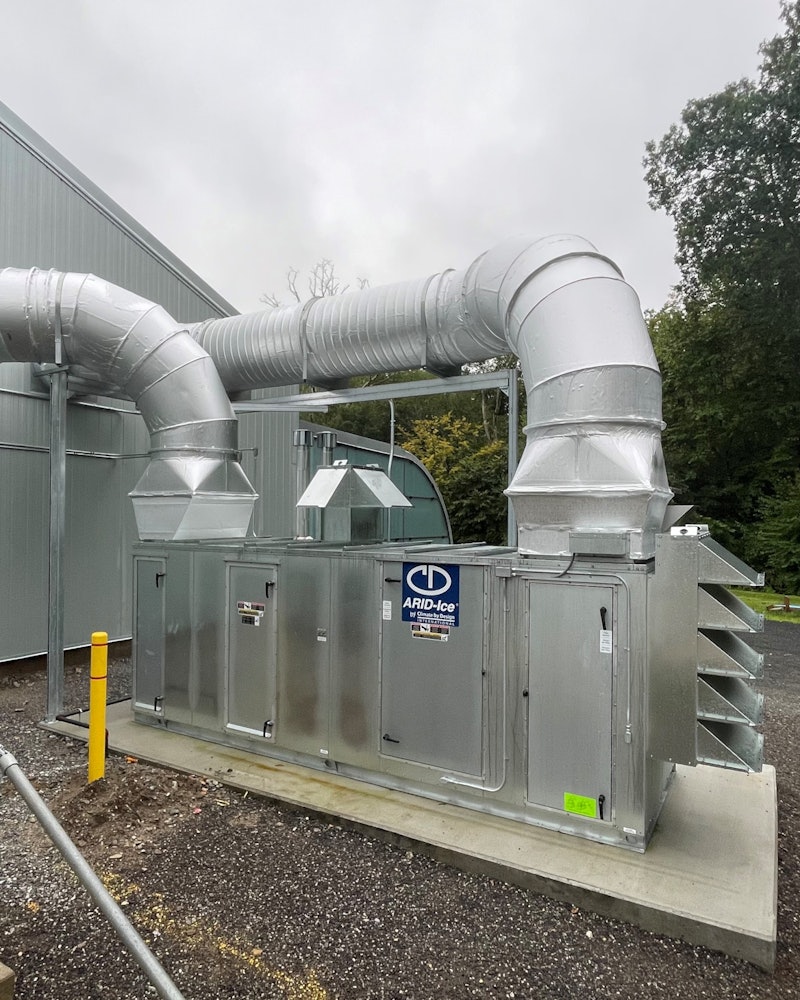 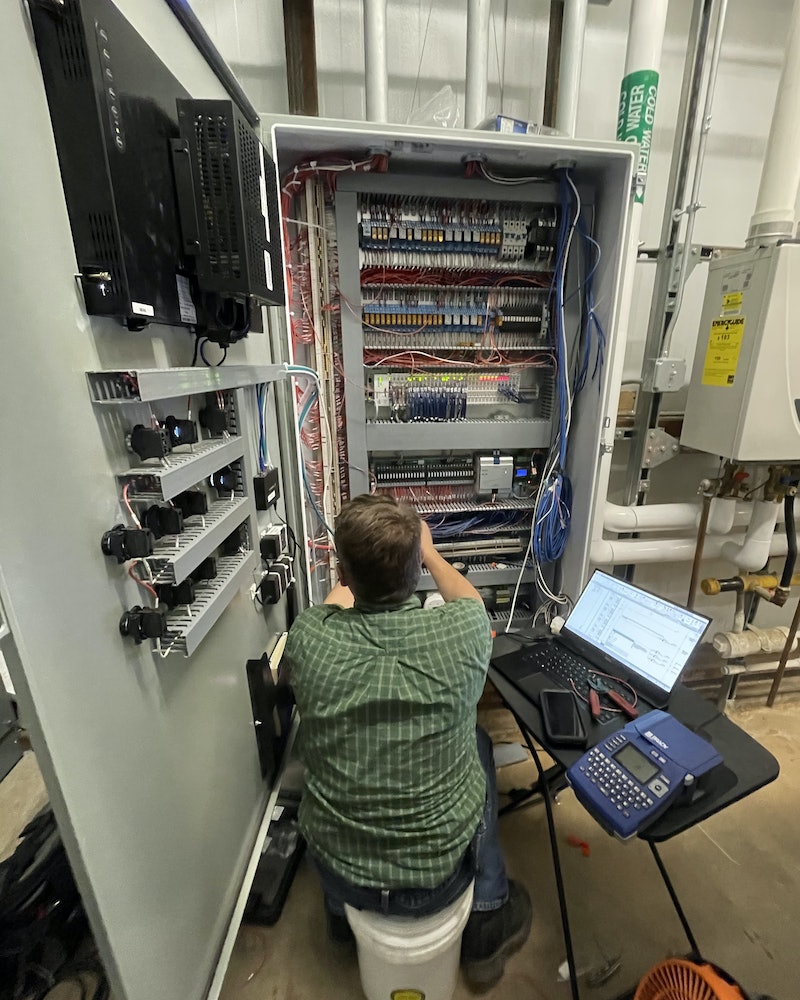