If you ask people what is missing from contemporary life, what would they say? The answer in many cases, I believe, would be a sense of community. We often don’t know our neighbors, much less interact with them. We no longer barns together, swap tools, or lend a helping hand. It’s as if we live in parallel universes.

Green Haven Cohousing of Connecticut was formed by people who envision something different: a village where they can engage not only one another but a natural and bountiful environment as well. The concept embraces diversity, living in harmony with nature, and a multi-generational mix of residents. 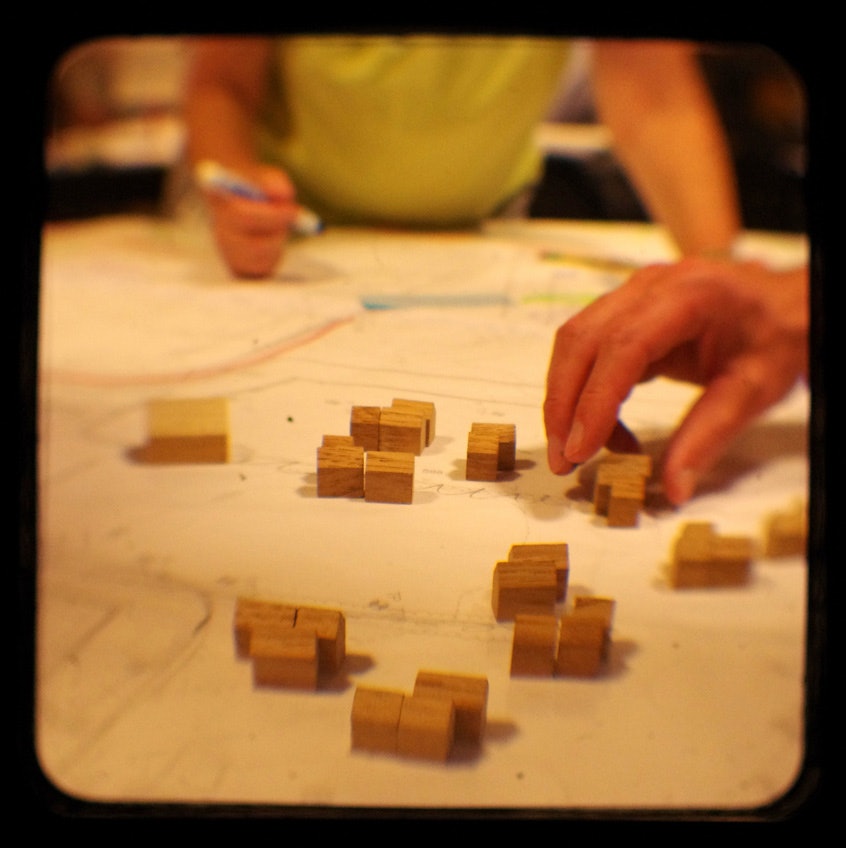 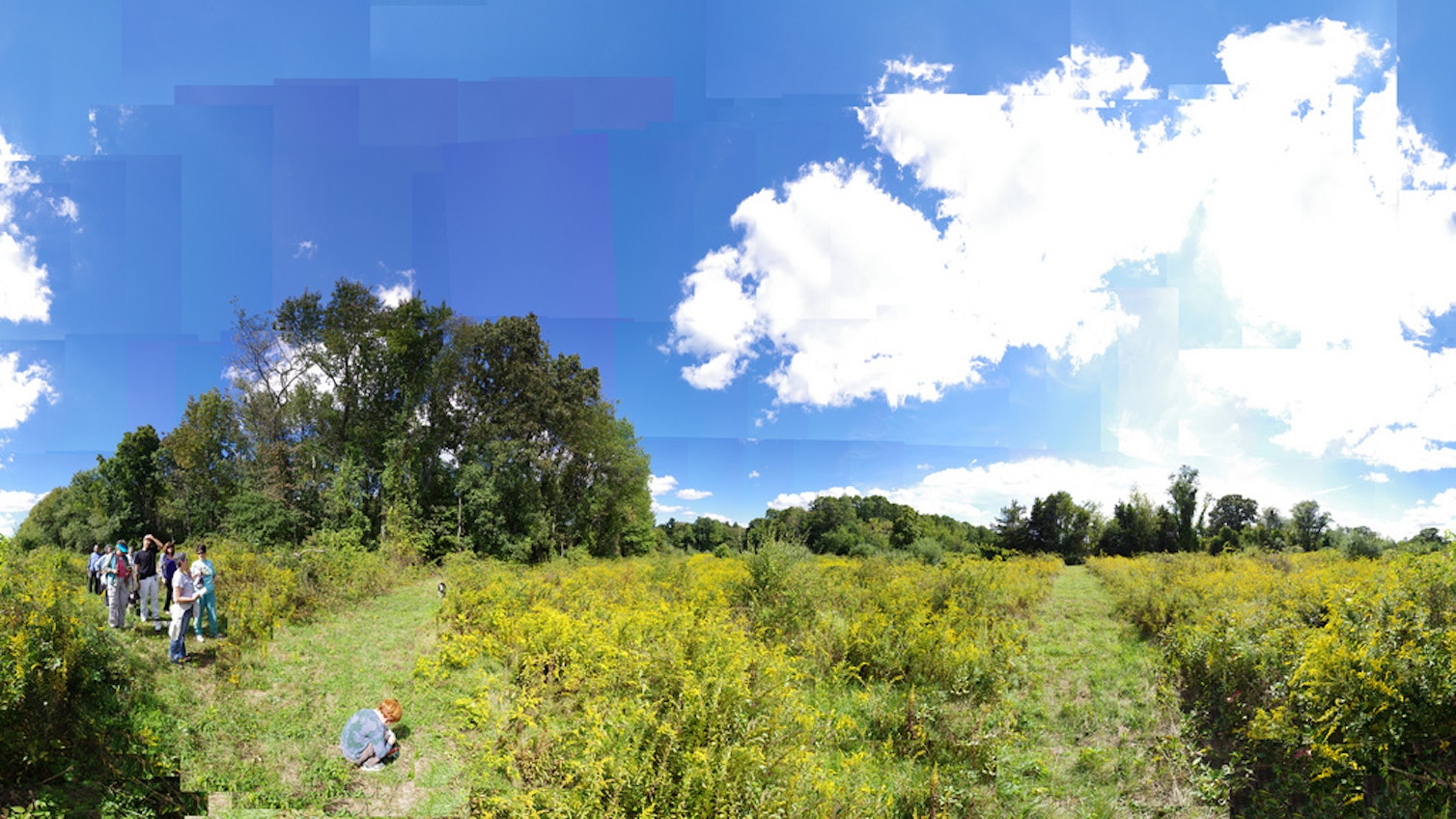 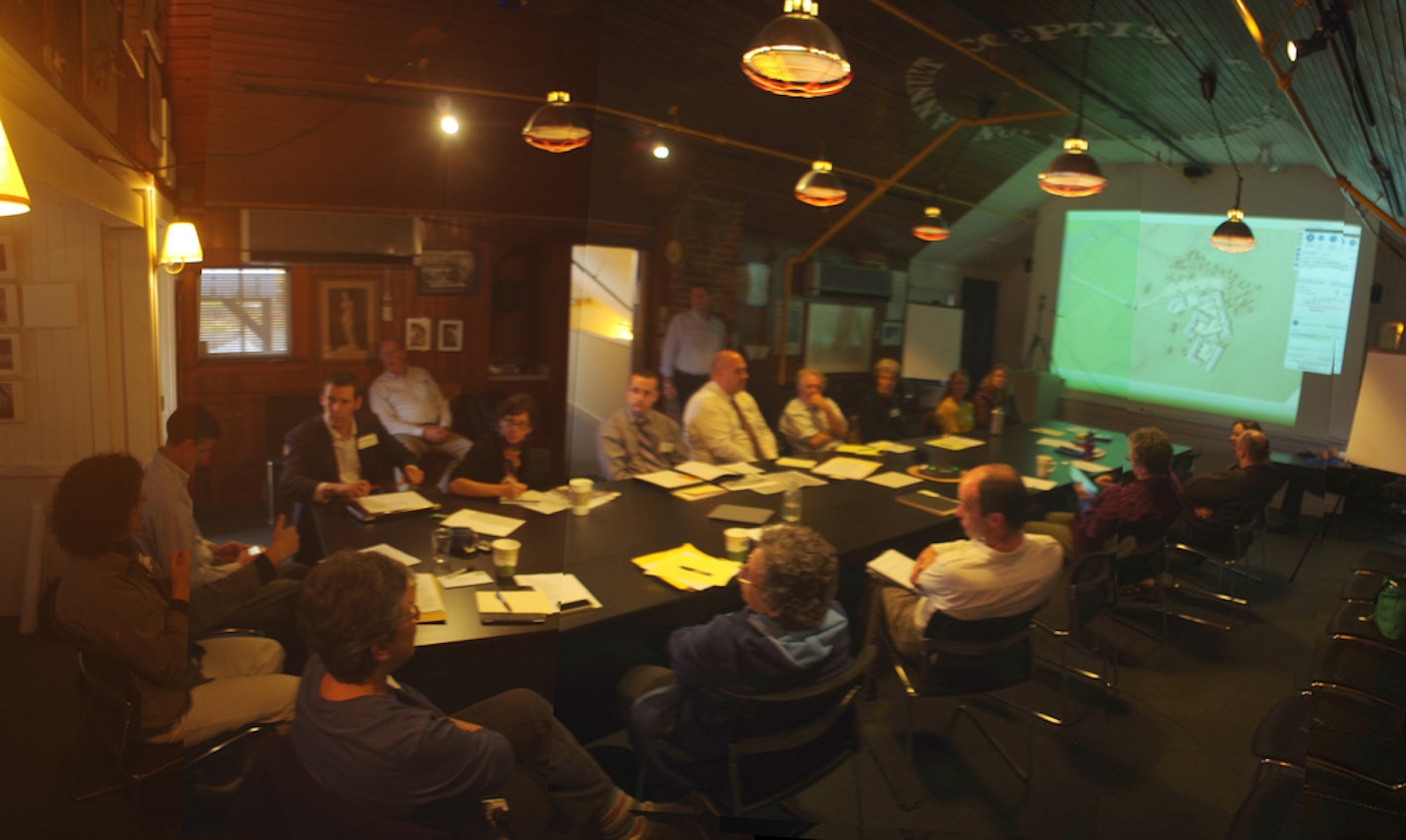 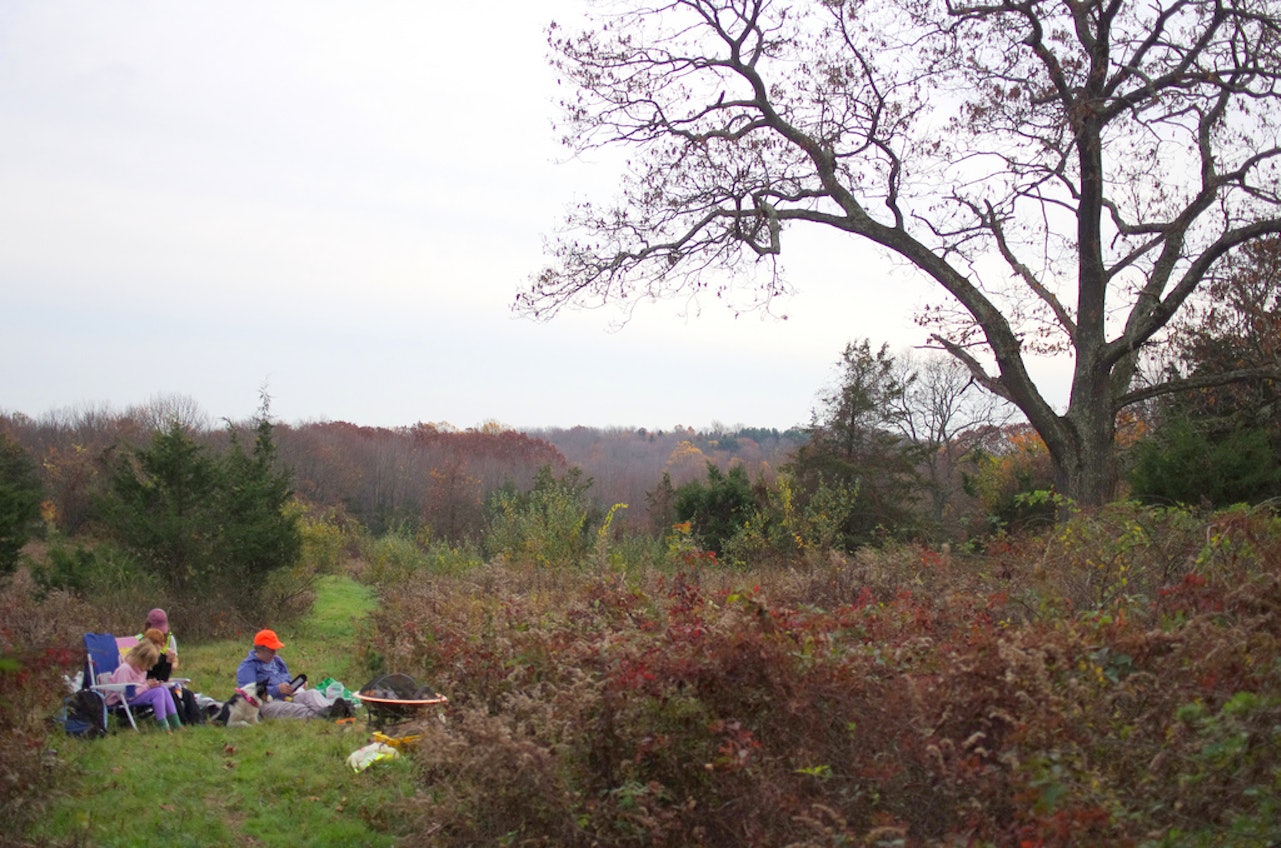 They have chosen 31 acres in Bethany, a small rural town outside New Haven, as the potential site for some 30 housing units clustered together along with a central Common House. The configuration would simultaneously afford privacy and foster togetherness. The built, pedestrian-friendly core would be surrounded by fields and trees, private and communal gardens, fruit and nut orchards, barns for equipment and animals, and natural areas for indigenous wildlife.

To further this vision for living, Green Haven hired Centerbrook to help them plan and design the new community. At a meeting at the firm’s offices, 11 members of the group (plus two more via Go-To-Meeting) met with partner Jim Childress and architects Peter Majewski, Melissa Arminio, and Patrick McKenna, as well as civil and mechanical engineers, and Dyami Nason-Regan and Ethan Roland, who are principals in AppleSeed Permaculture of Stone Ridge, New York. Ethan and Dyami will play a key role in the project, advising on the design and location of sustainable food resources, i.e. what to grow where.

The general idea of the recent meeting was ideas: to examine options, to ask questions, to discuss personal needs and shared values. Multiple housing designs and ways these units might be variously sited were presented. How the spaces could be most efficiently built, heated and cooled was bandied about. There were a number of possible proposals of where to locate the access road, gardens, greenhouses and the like. Chickens, solar panels, and geothermal wells were discussed. There are many choices to be made, and final decisions are months away. The town, of course, will weigh in at some point.

What was conclusive, however, about the three-hour meeting was the tone. Attendees were adhering to Green Haven’s “Caring Communication Ground Rules.” There were differing opinions, but all were cheerfully expressed and respectfully received. Speakers spoke without interruption. No fingers were pointed and seldom (make that never) was heard a discouraging word. Quieter participants were encouraged to contribute their ideas.

Before a foundation is poured, it is clear that this is not a community in the making, but rather one in waiting. It is unlikely, too, that after this place is built its residents will be saying, “Why didn’t we think of that?”