The original design of the iconic Yale Bowl, which in 1914 would become the largest stadium built since the Roman Coliseum, included an elaborate central entry gate, with three majestic entry arches between two towers, and outside of them a pair of monumental stairs. Such a grand place, set on 12-plus acres and seating 70,869 spectators, surely deserved a grand entrance for its crowds.

But the planned formal gateway to the gridiron pantheon was never built 100 years ago. The Bowl would have to wait for a proper front facade for 95 years, all the while sporting a yawning unfinished notch in its oval exterior. With the Bowl’s centennial looming, Yale decided that it was time to restore it, which it did from 2004 to 2006, although still without addressing the missing capstone.

Before our involvement: a 'temporary' team room was jammed into the notch.

After the restoration, Yale asked Centerbrook to design a building to fill the notch, and to create a welcoming and celebratory focus for its expanding athletic campus on Derby Avenue. Centerbrook’s solution was the three-story Kenney Center, Jensen Plaza leading up to it, and a bronze statue scanned from the taxidermied original Handsome Dan to stand guard over it all. Larger-than-life Dan and Jensen Plaza, where the names of all football letter winners since 1872 are now carved into the Mount Airy Granite paving, have become a pre-game destination for fans, old Blues, and young Blues, too. 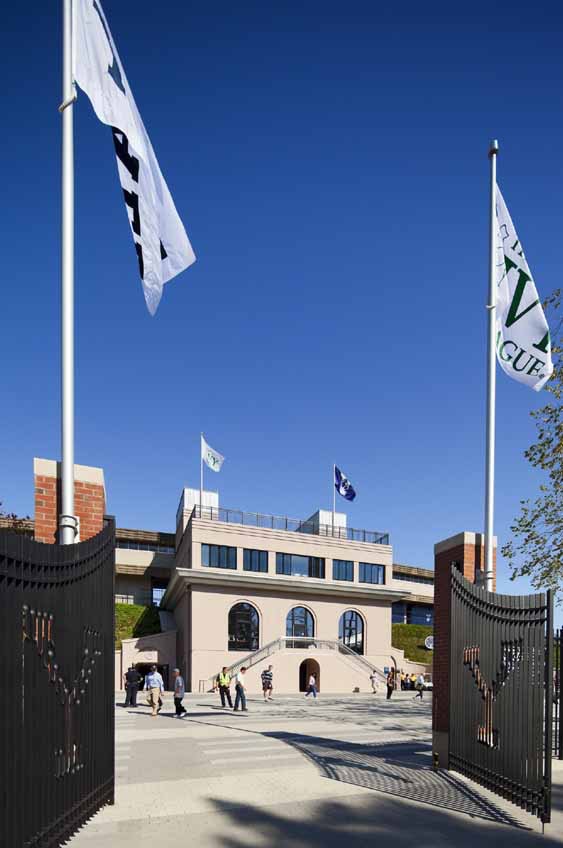 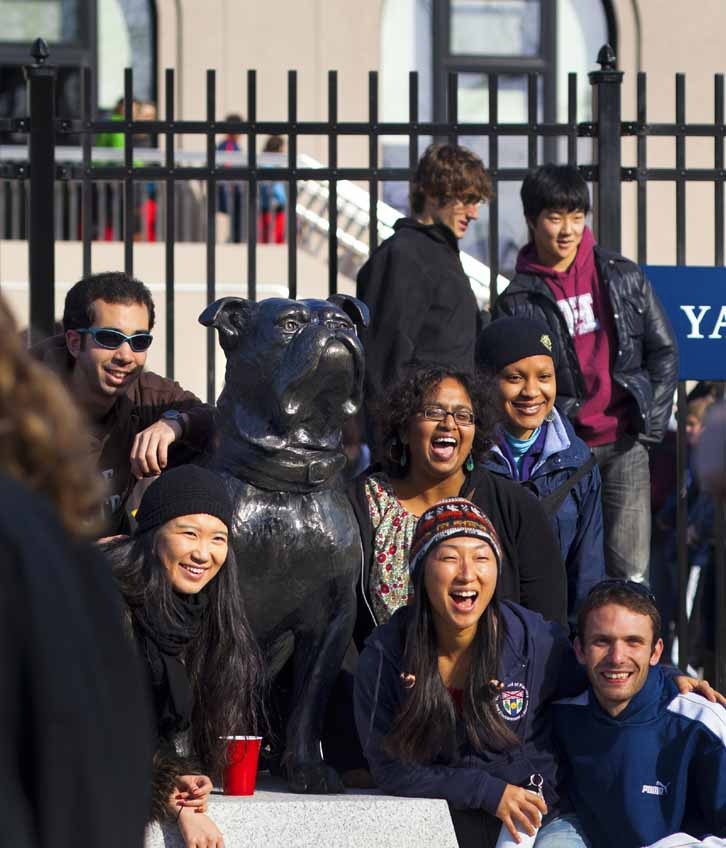 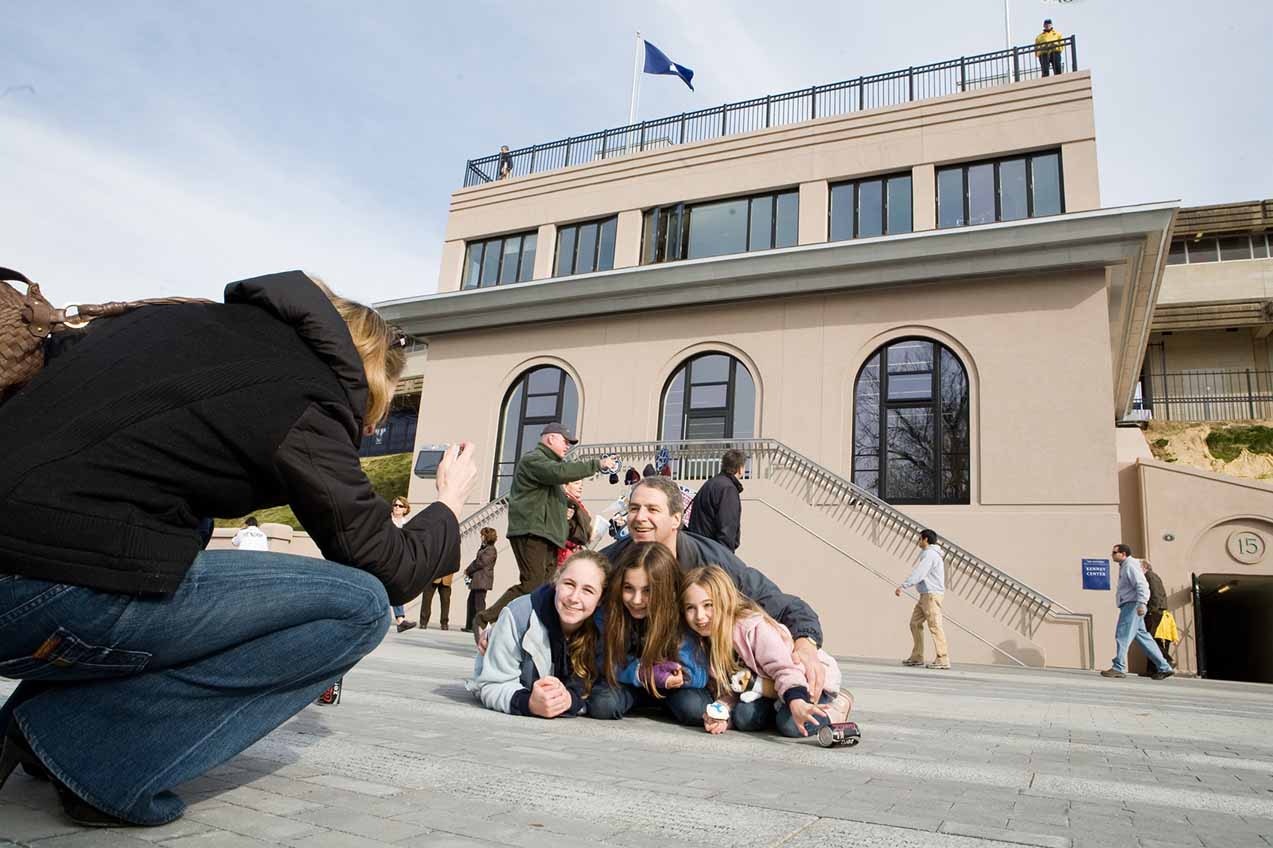 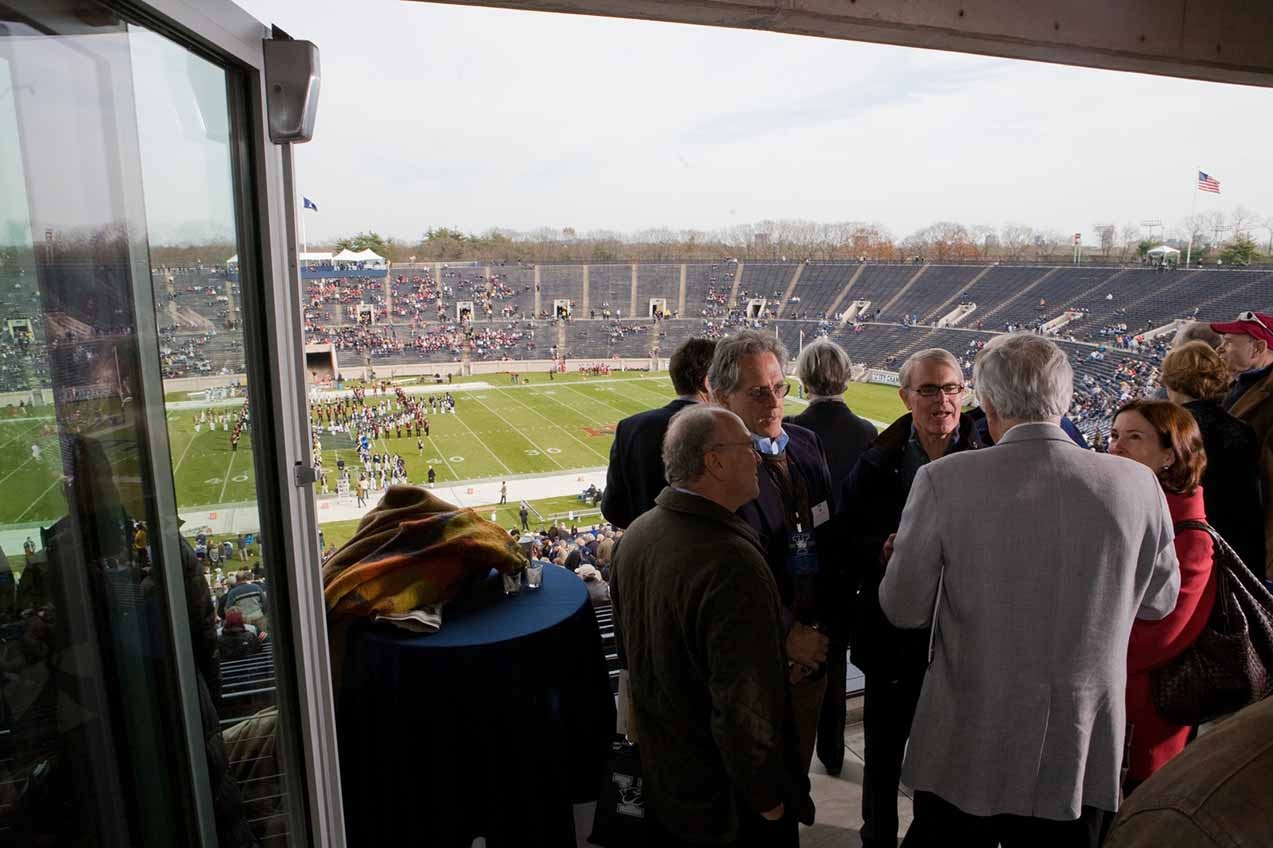 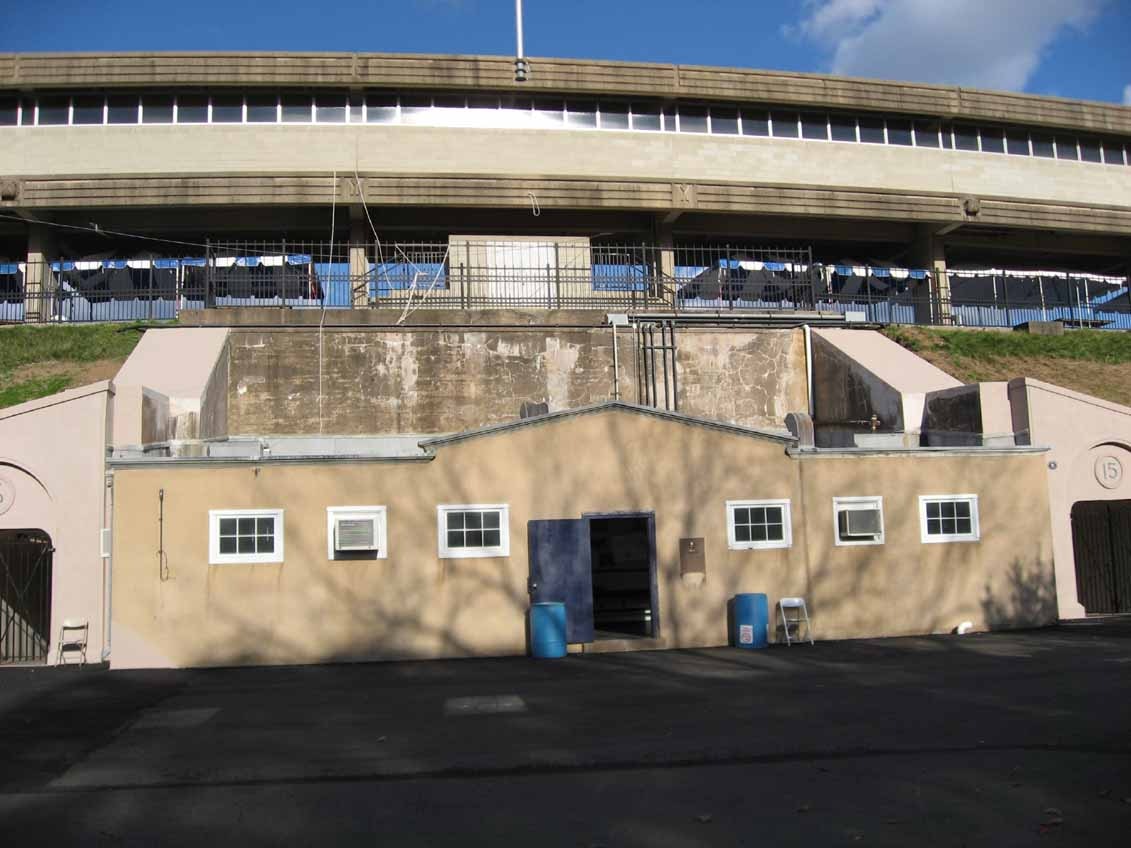 Before-and-after of the new entrance to Yale Bowl.