Designing a Campus of History

Wheatland, the home of President James Buchanan is a distinguished house in Lancaster, Pennsylvania.

Sitting next to it was the not-as-distinguished Lancaster Historical Society building, done in a 1950s neo-Georgian fashion. The two sat side by side on Marietta Avenue, like twins, though the relationship was uncomfortable since Wheatland was clearly the more gifted of the two buildings but both institutions deserved equivalent prominence. 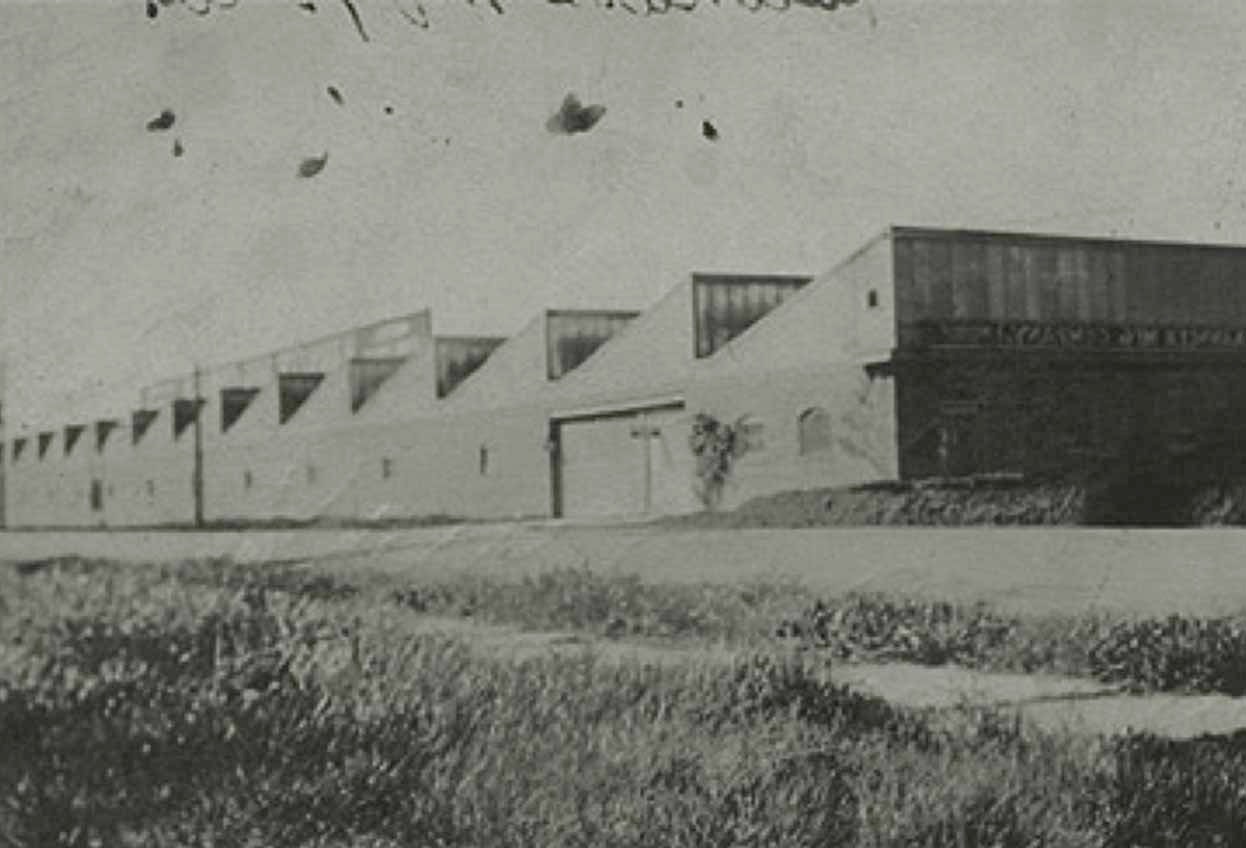 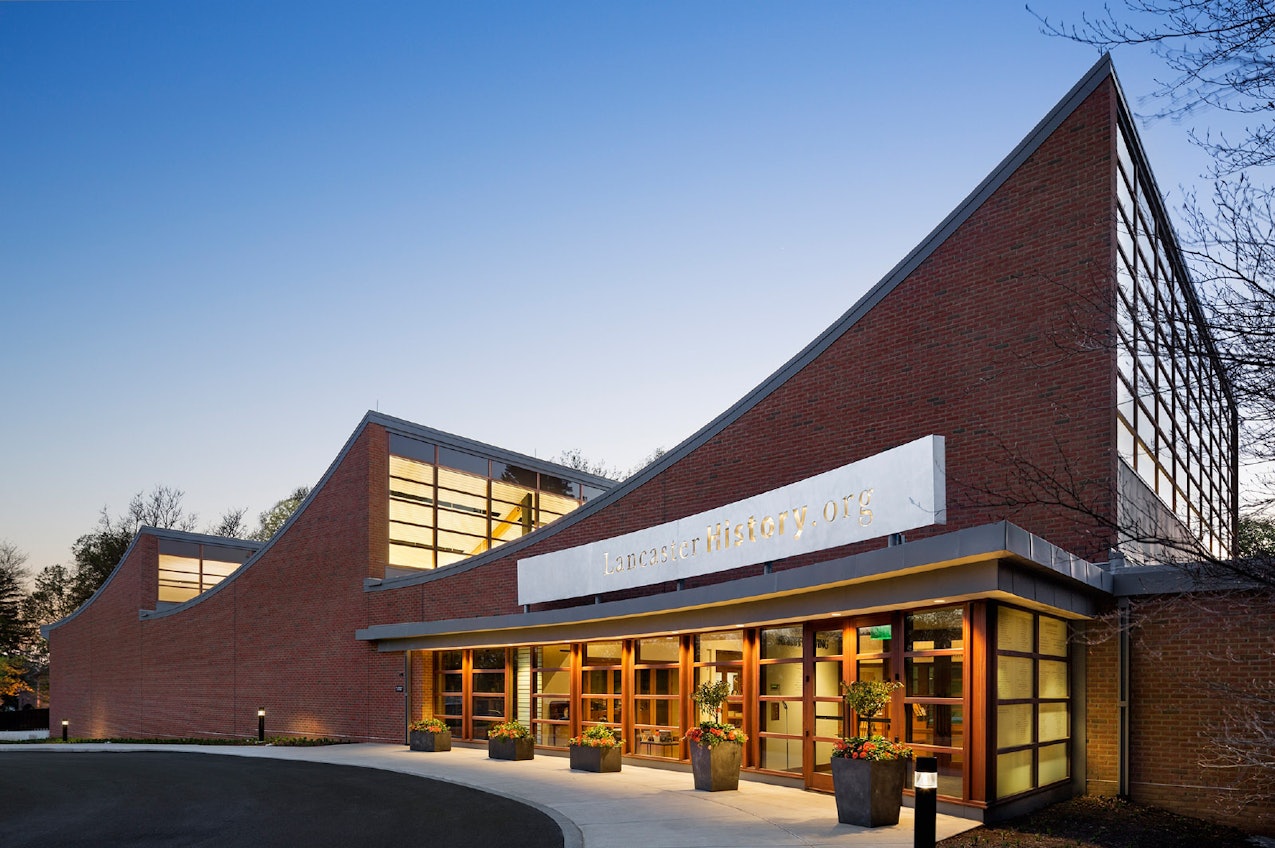 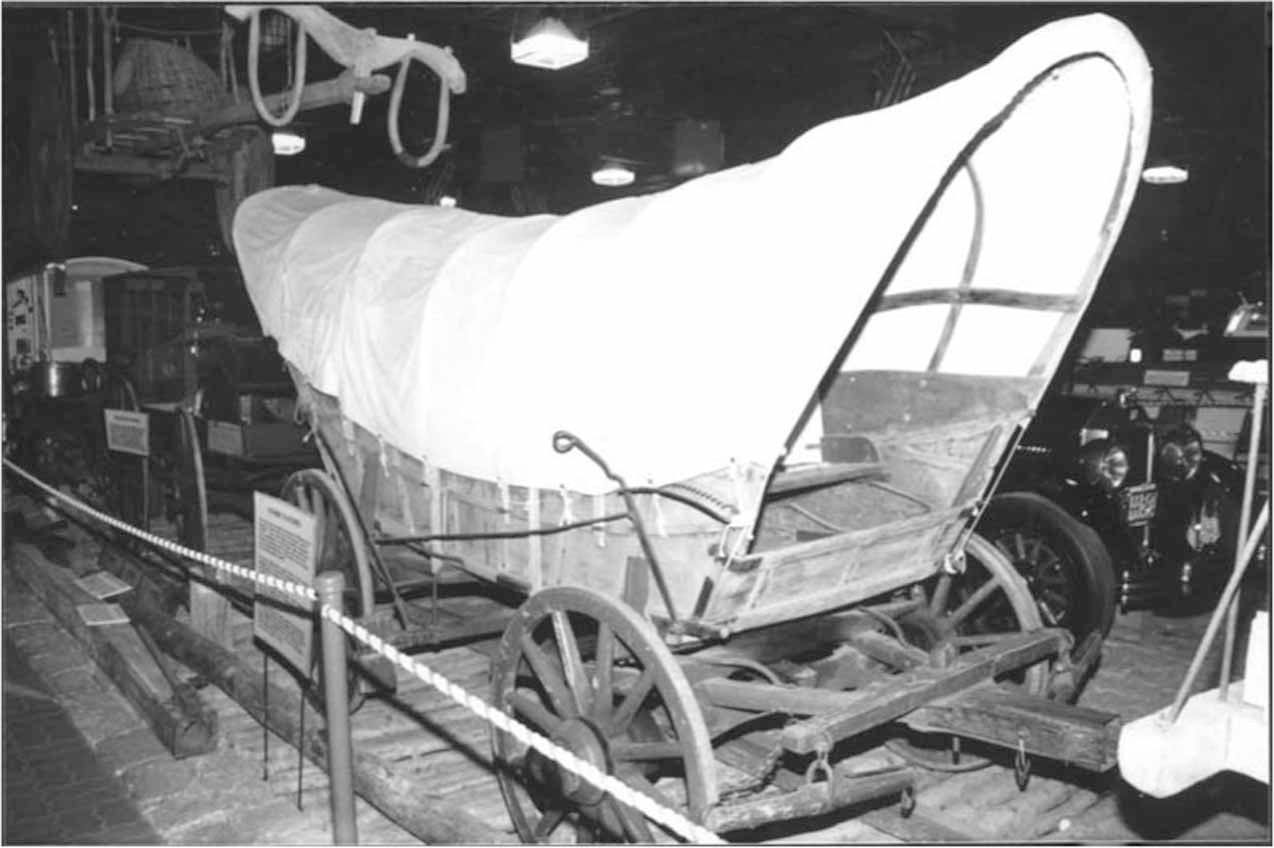 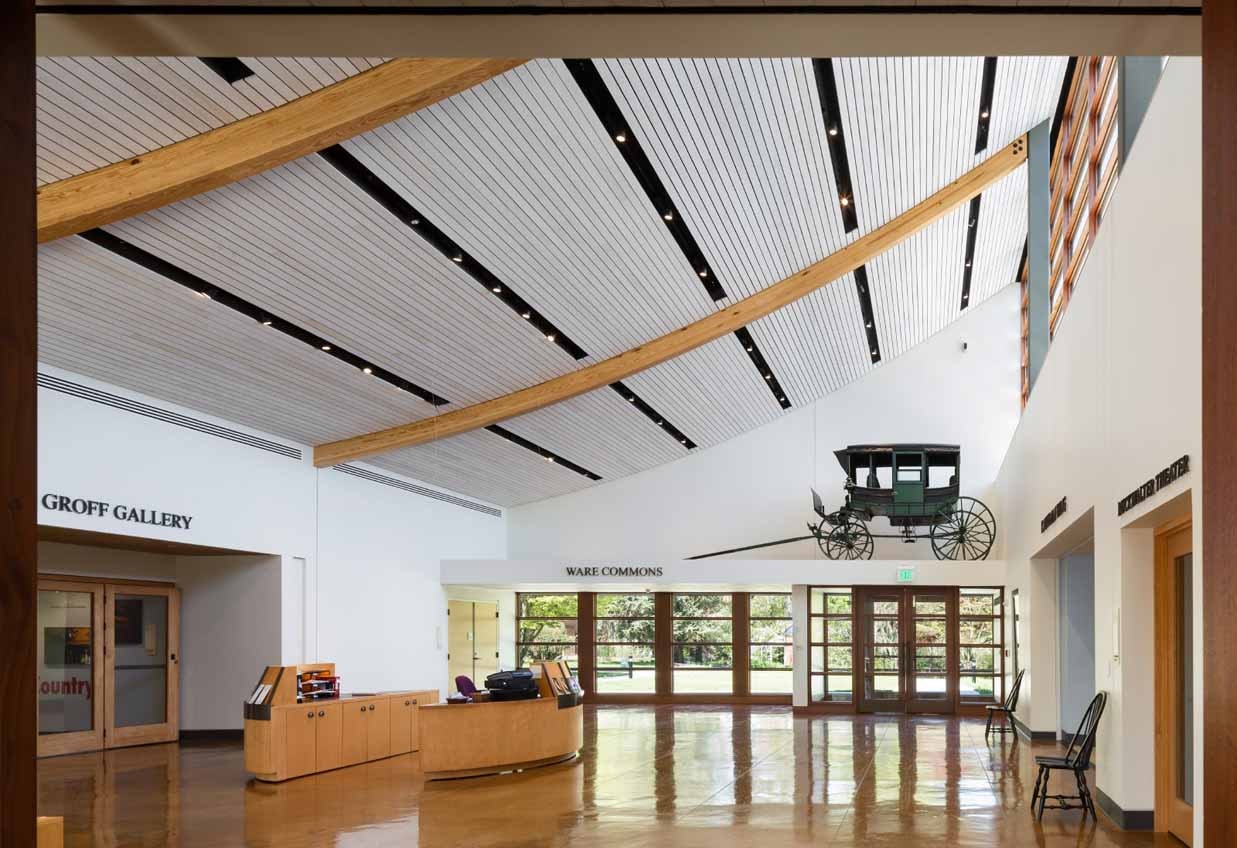 Through an interactive master planning we found support to combine the two properties and create a new identity for the historical society around the corner on President Avenue. By covering the old society library wing, Wheatland would visually reclaim its original, larger piece of property while the society could be notable separately and in its own way.

After much discussion, and since the Society needs to be free of any one period in Lancaster’s history, we decided that a modern design would be best. Nonetheless, the final shape was influenced by historic imagery such as saw-toothed factories and the wagons built in nearby Conestoga. 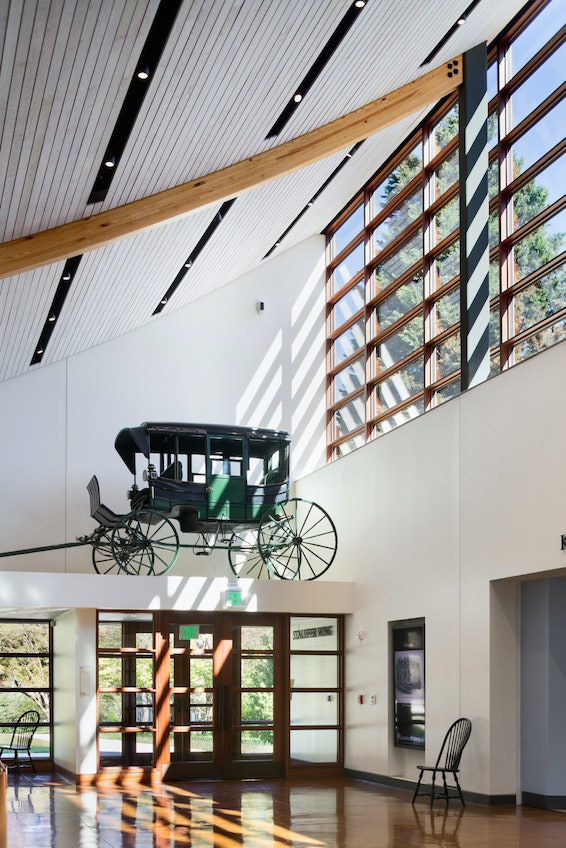 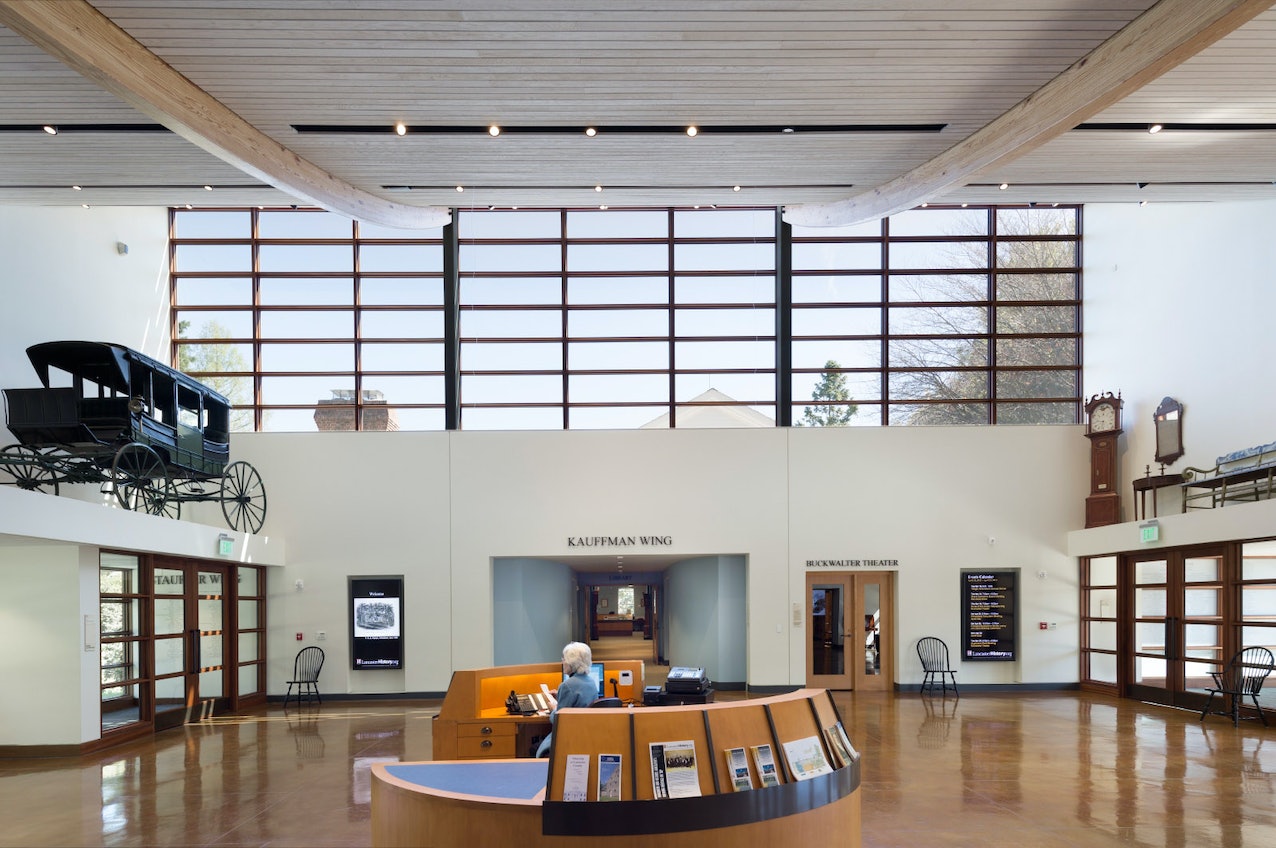 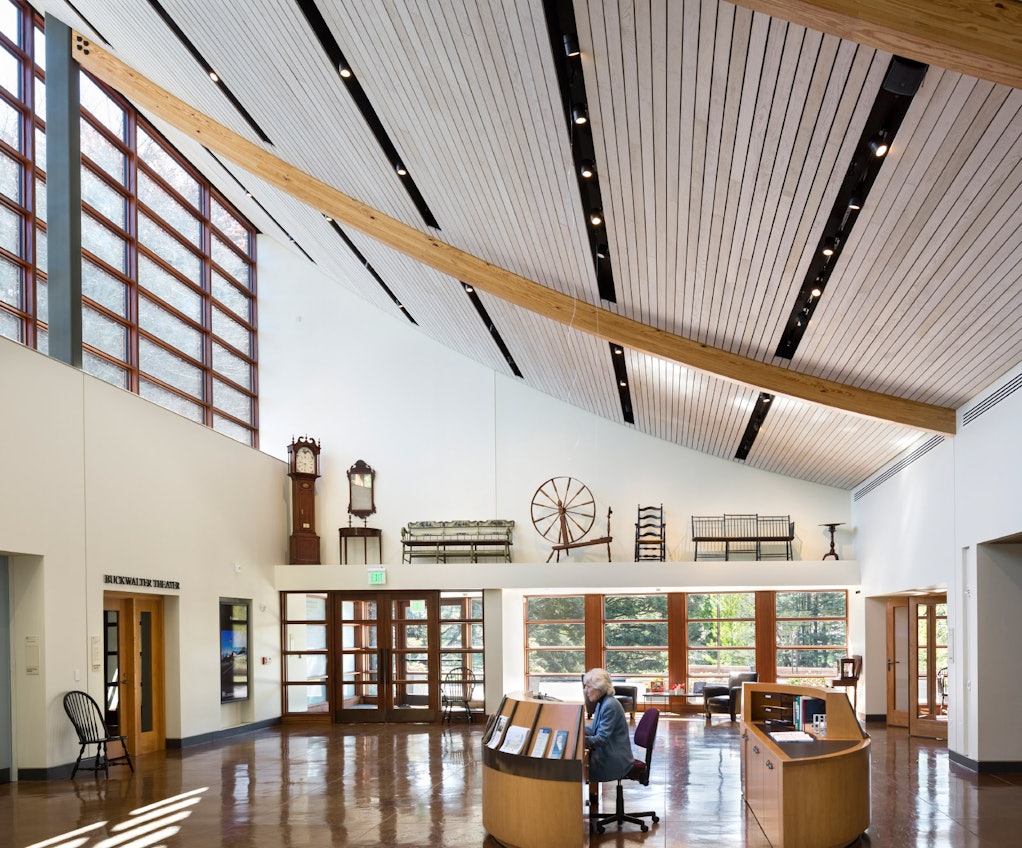 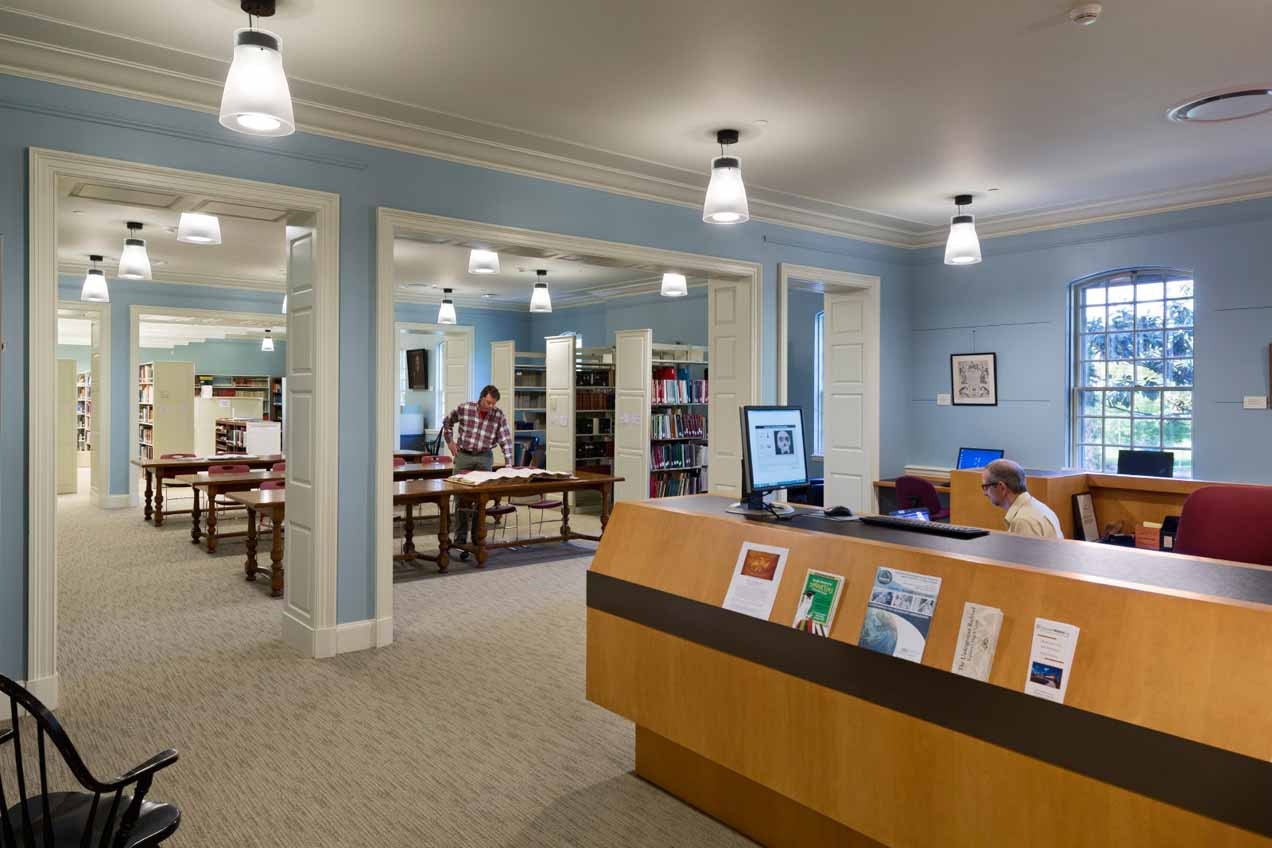 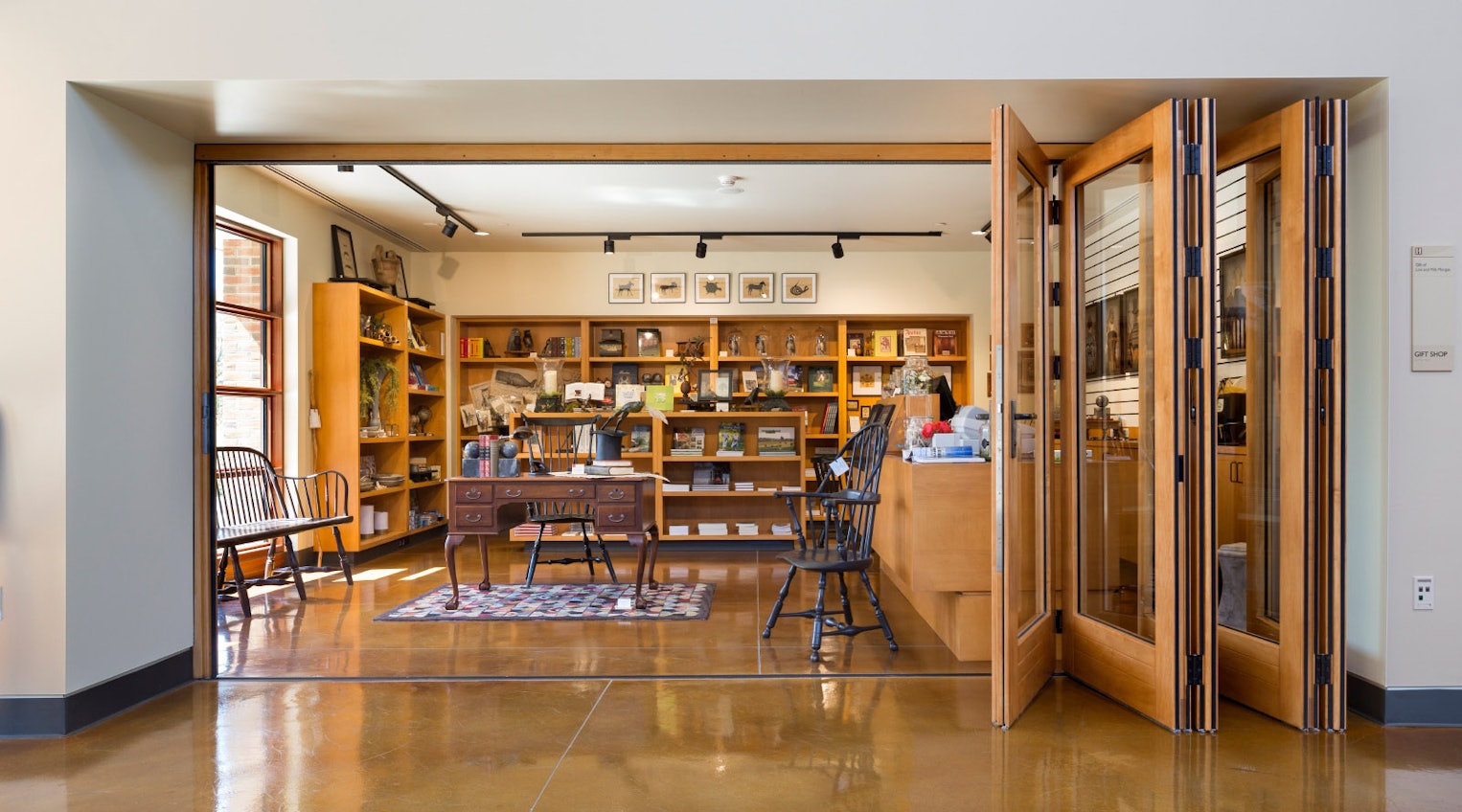 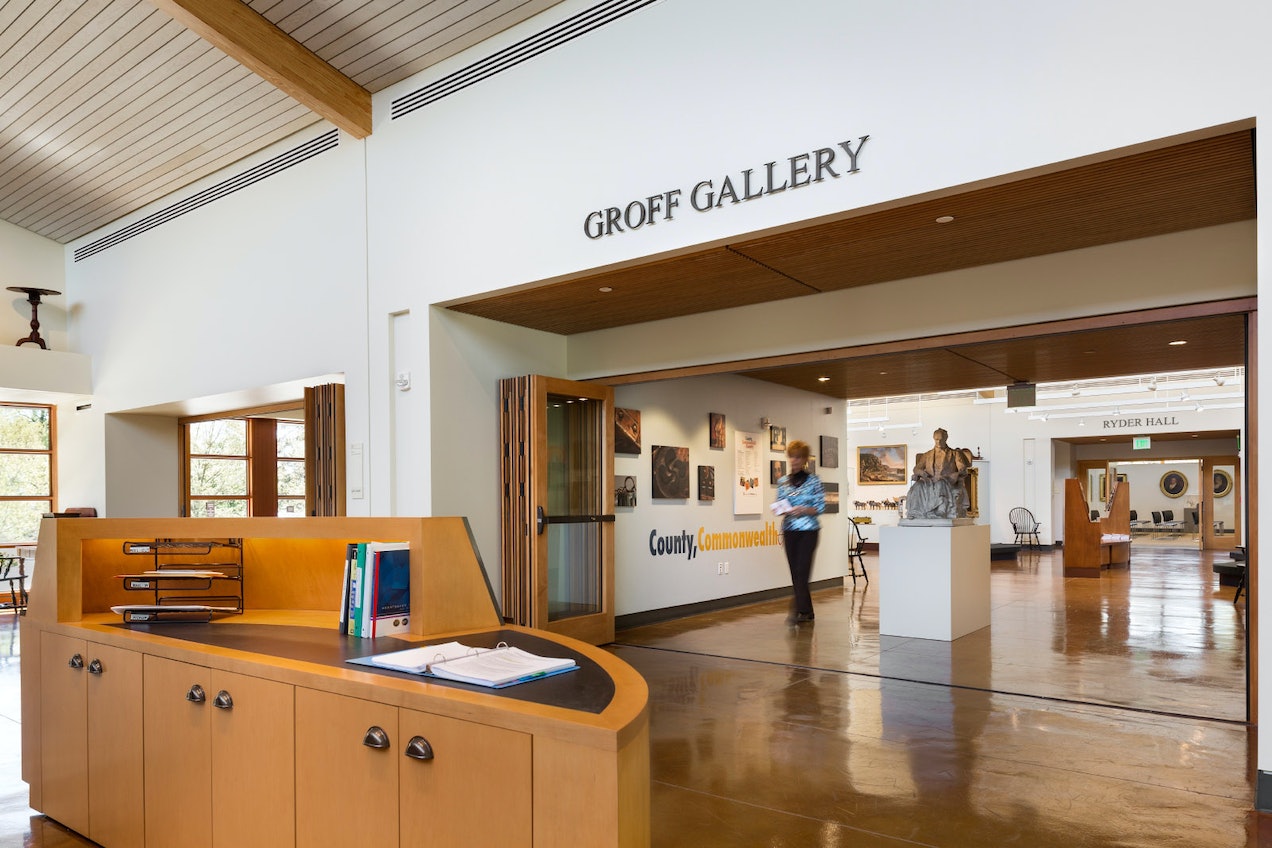 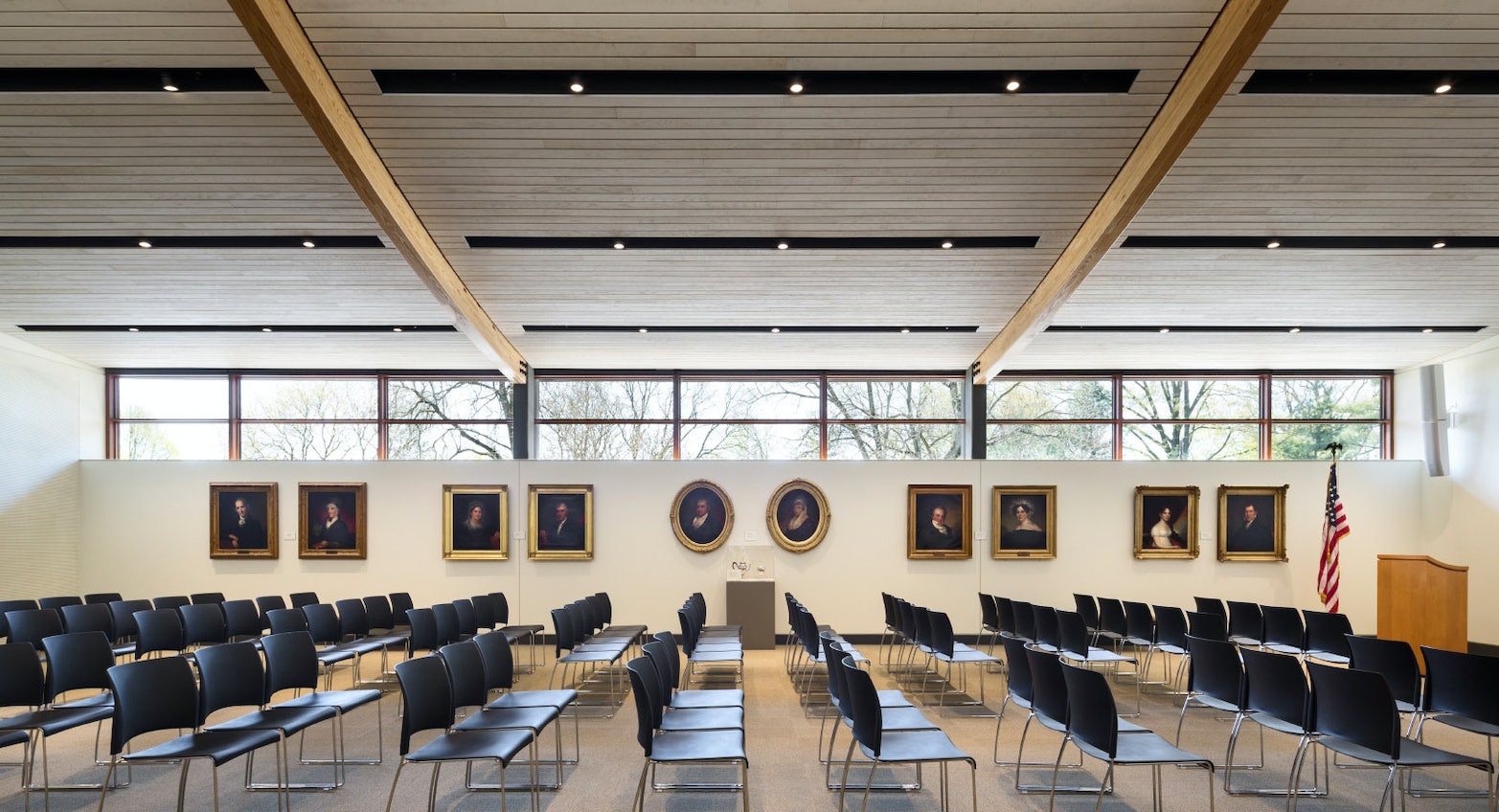 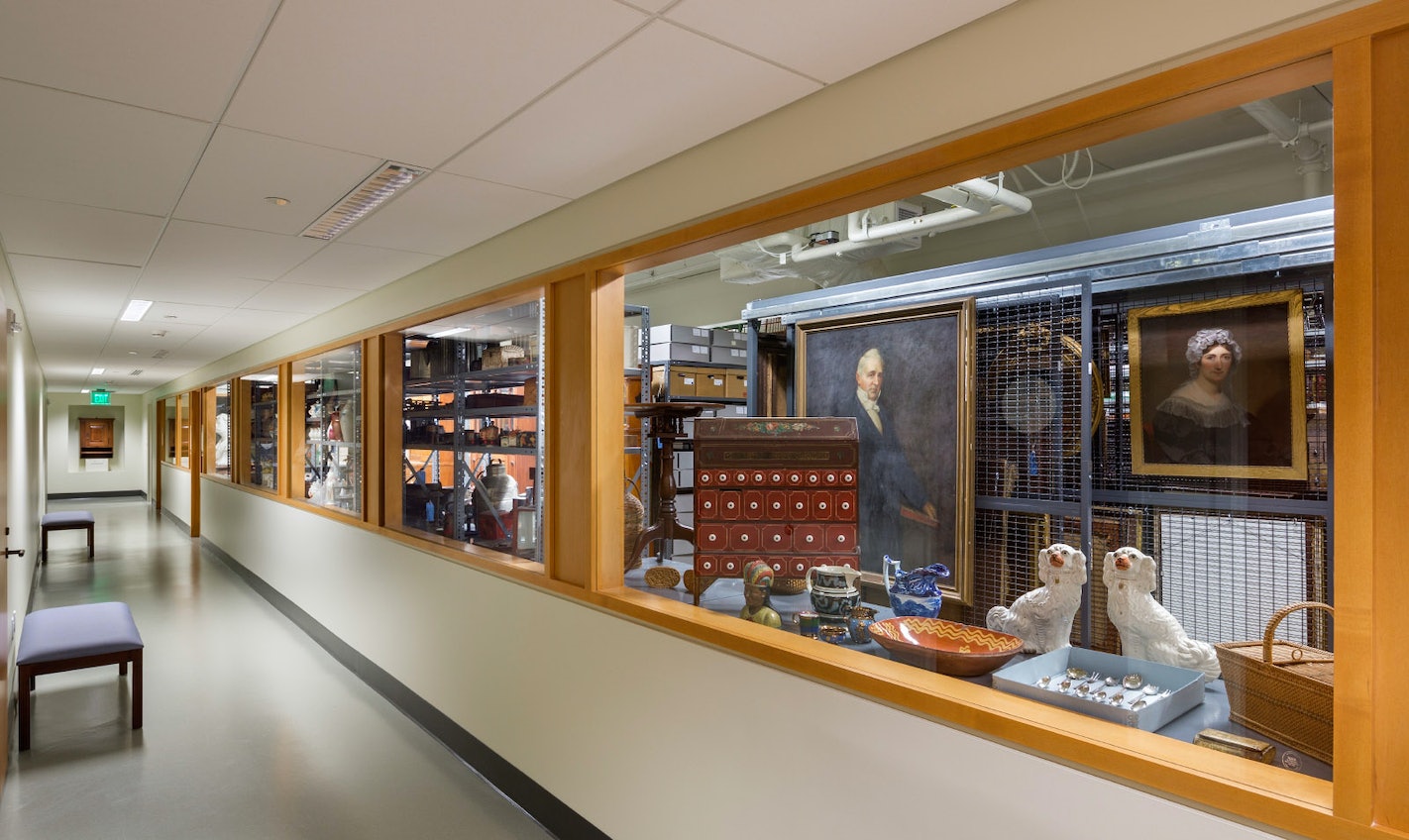 The new addition to the old library is broken into three connected pavilions, a grand lobby leading to all other parts as well as Wheatland out the back, an exhibit gallery, and a lecture hall. The pavilion windows all face north to prevent direct light on historic materials leaving south-facing roofs for photovoltaic collectors. The curved roofs diffuse the north light deep into their spaces below.

Made of whitewashed wood planks lying on curved wood beams, the ceilings recall the local barns seen in Amish country. The central lobby leads to all parts of the joined institution – here a gallery enters to the Kauffman Wing library and archive. Next to it, the Buckwalter Theater introduces Buchanan and Wheatland before visits to the house.

Across the way, The Groff Gallery offers changing exhibits on Lancaster’s history and to its left the bookstore opens near the building entry. Beyond the Gallery lies Ryder Hall, the last and lowest pavilion, which is a multipurpose lecture hall. The Kauffman wing library was refreshed and opened up for better service and visibility. Below the gallery and Lobby the Society’s physical objects are kept in visible storage as an exhibit of its own.

At the south end of the building the lower floor executive offices look out onto a sunken garden facing south for daylight. Despite their basement location, they are light and bright. Keeping the archives and offices below grade greatly reduces heating and cooling demands year round. 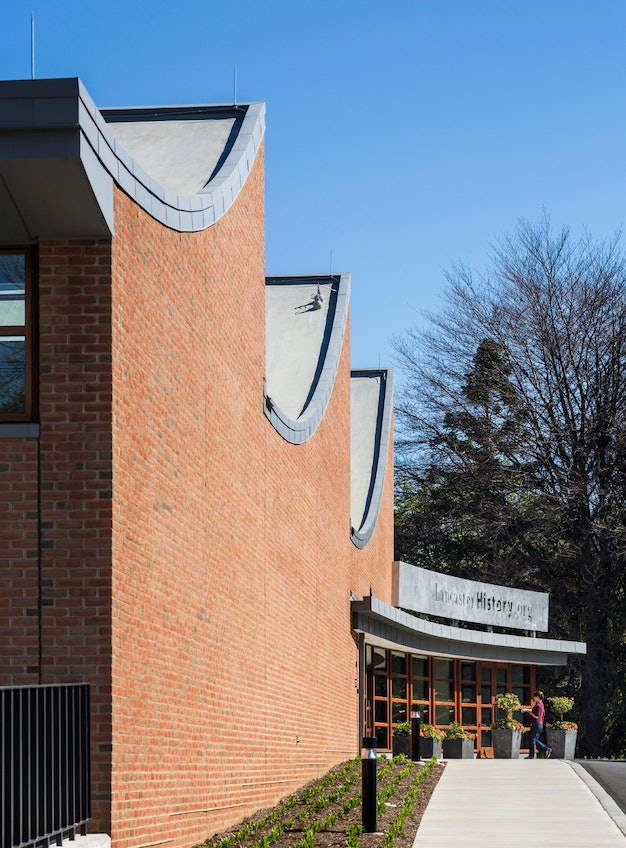 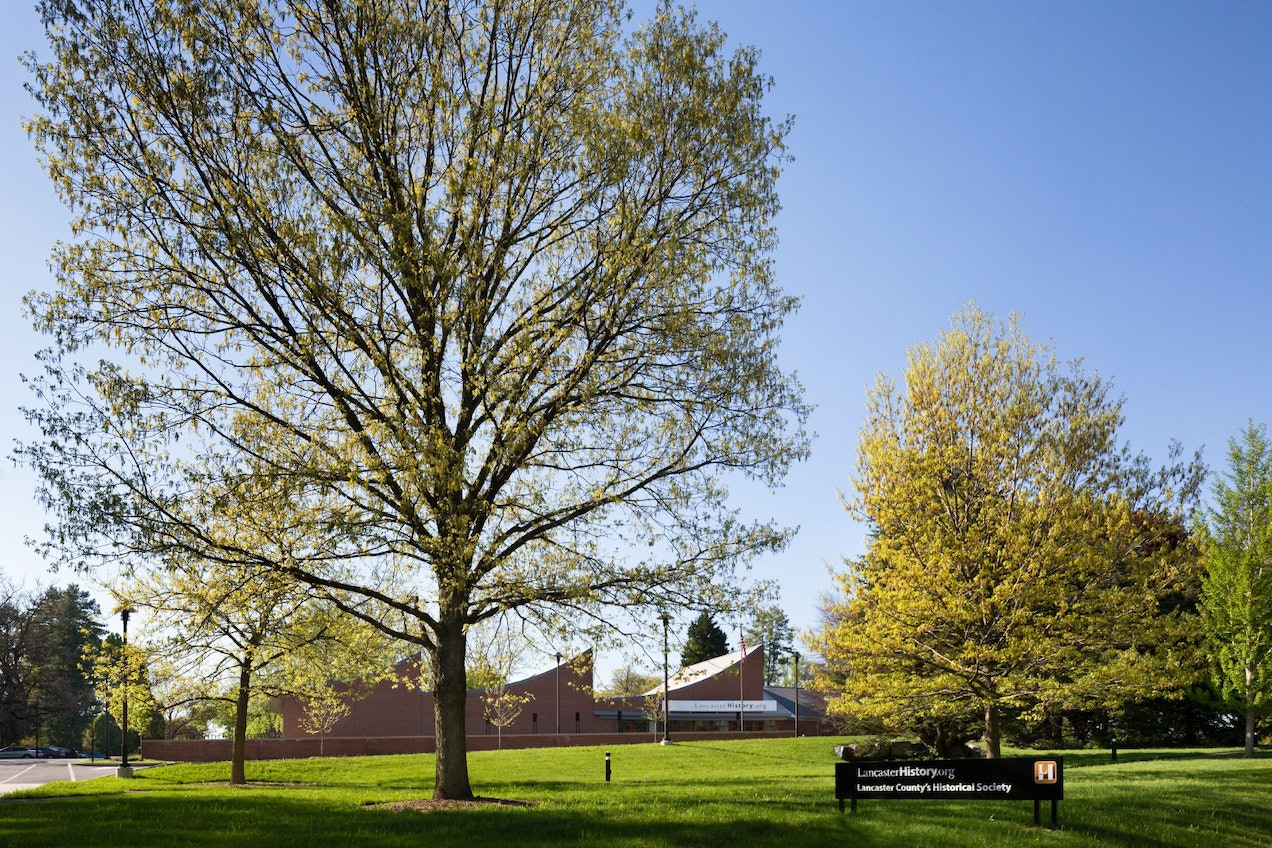 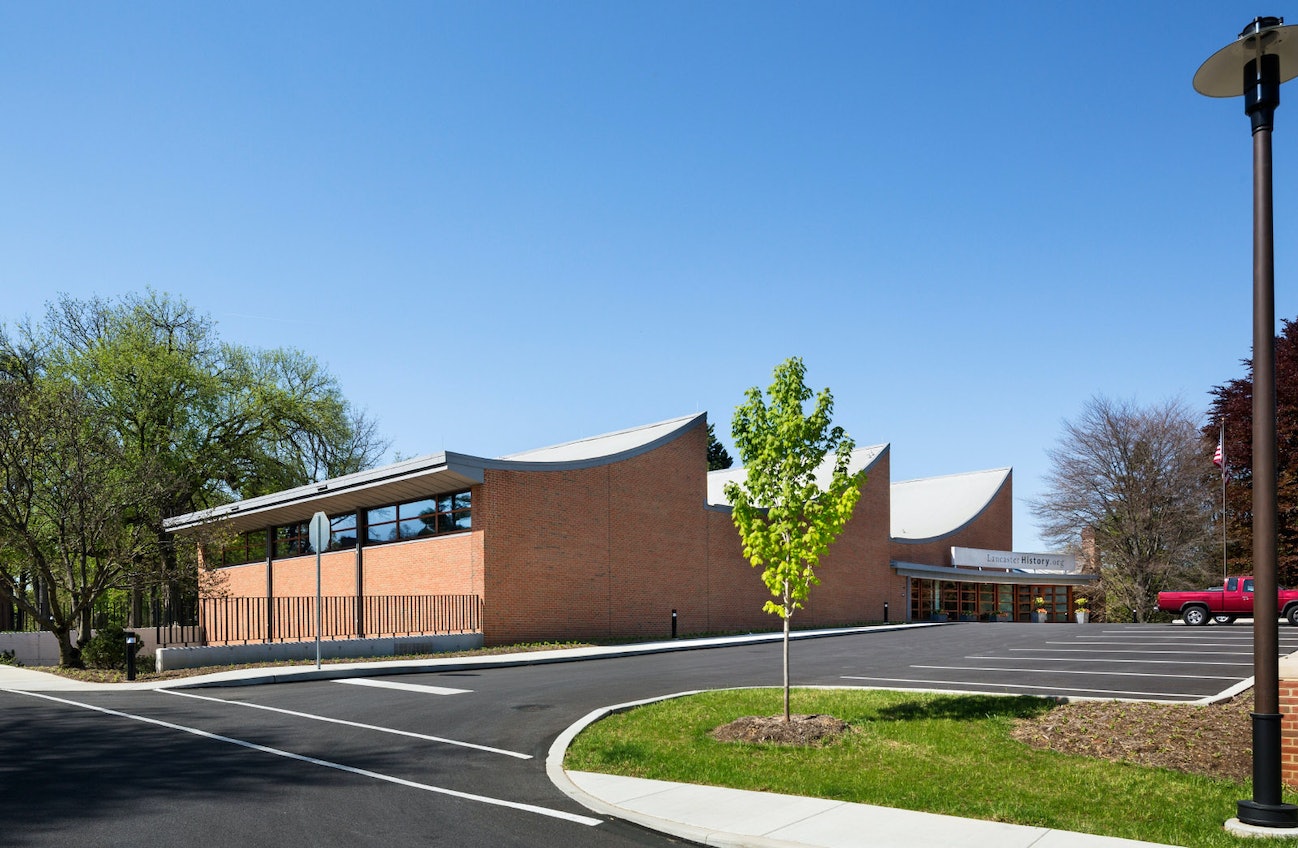 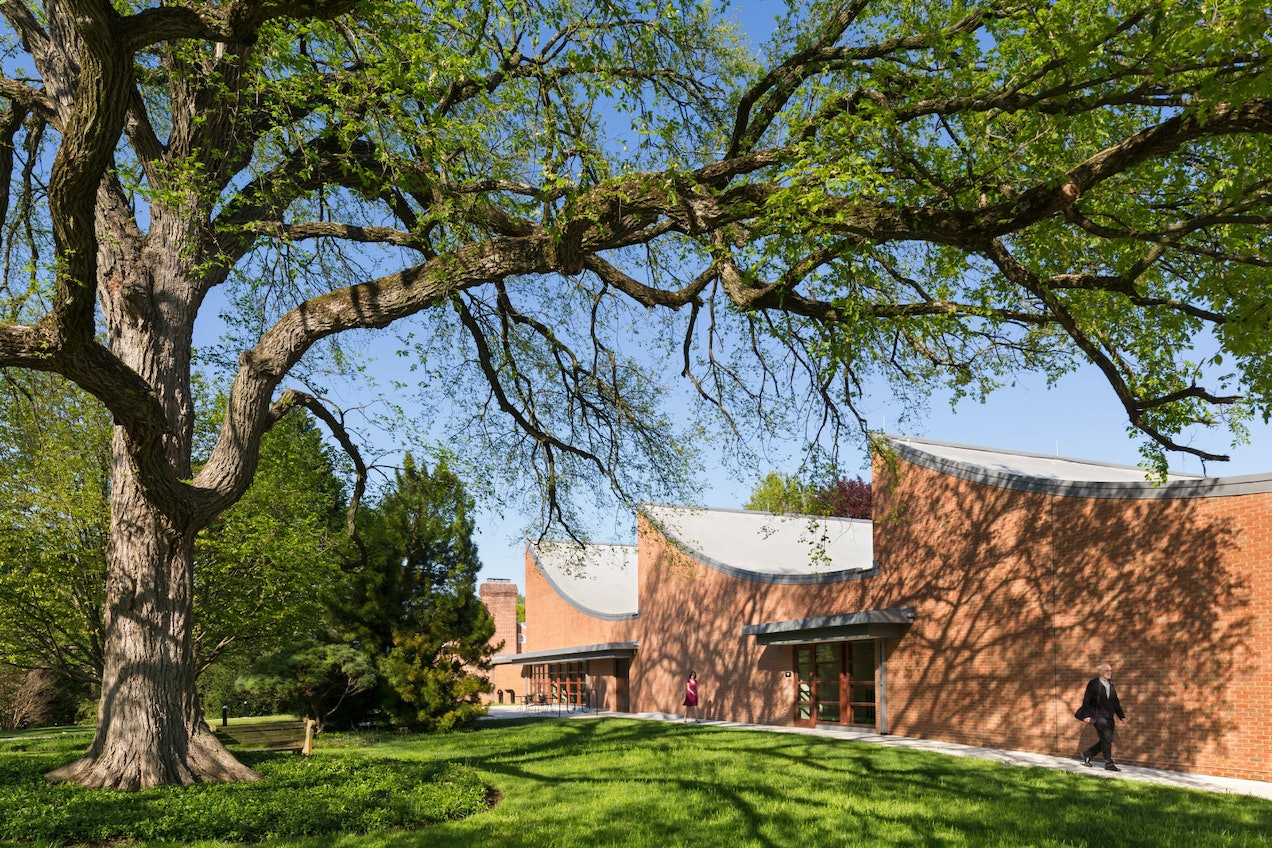 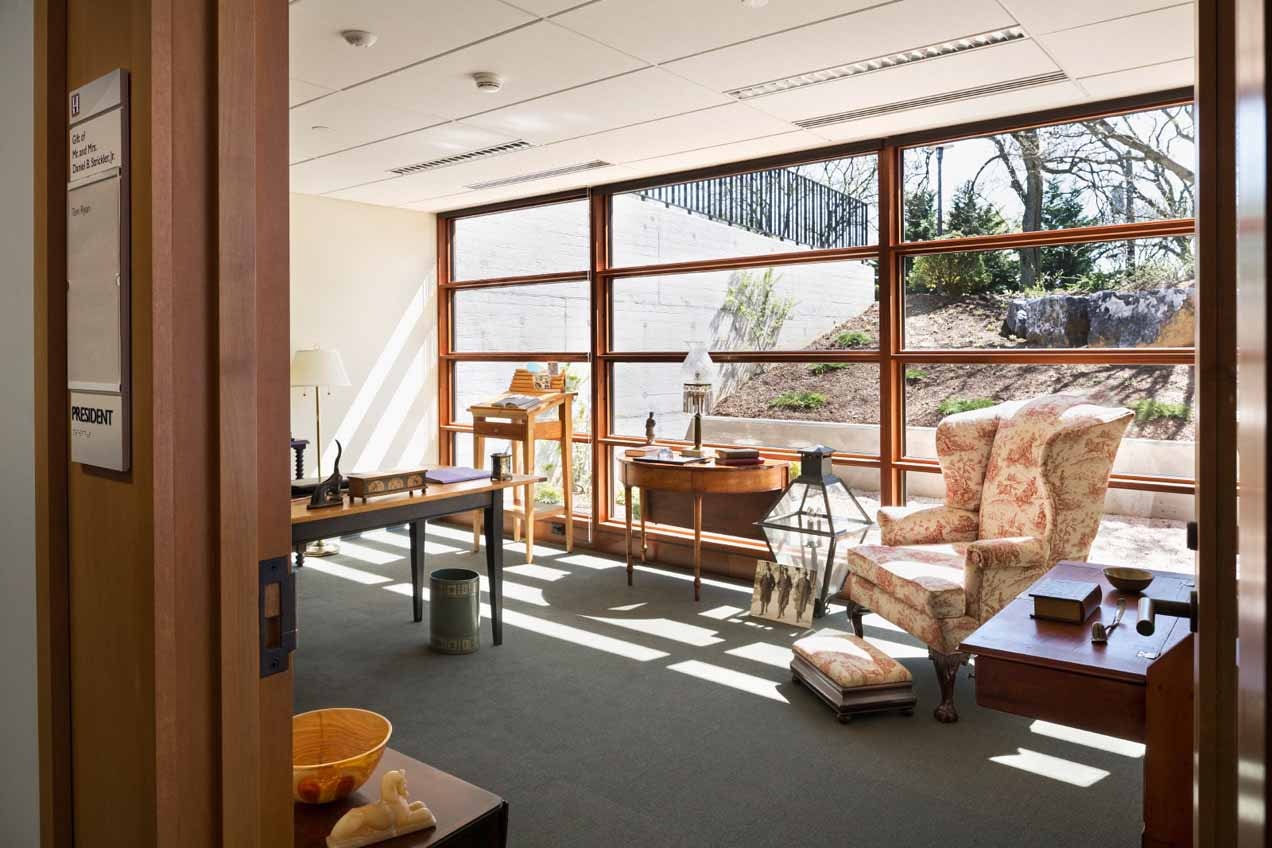 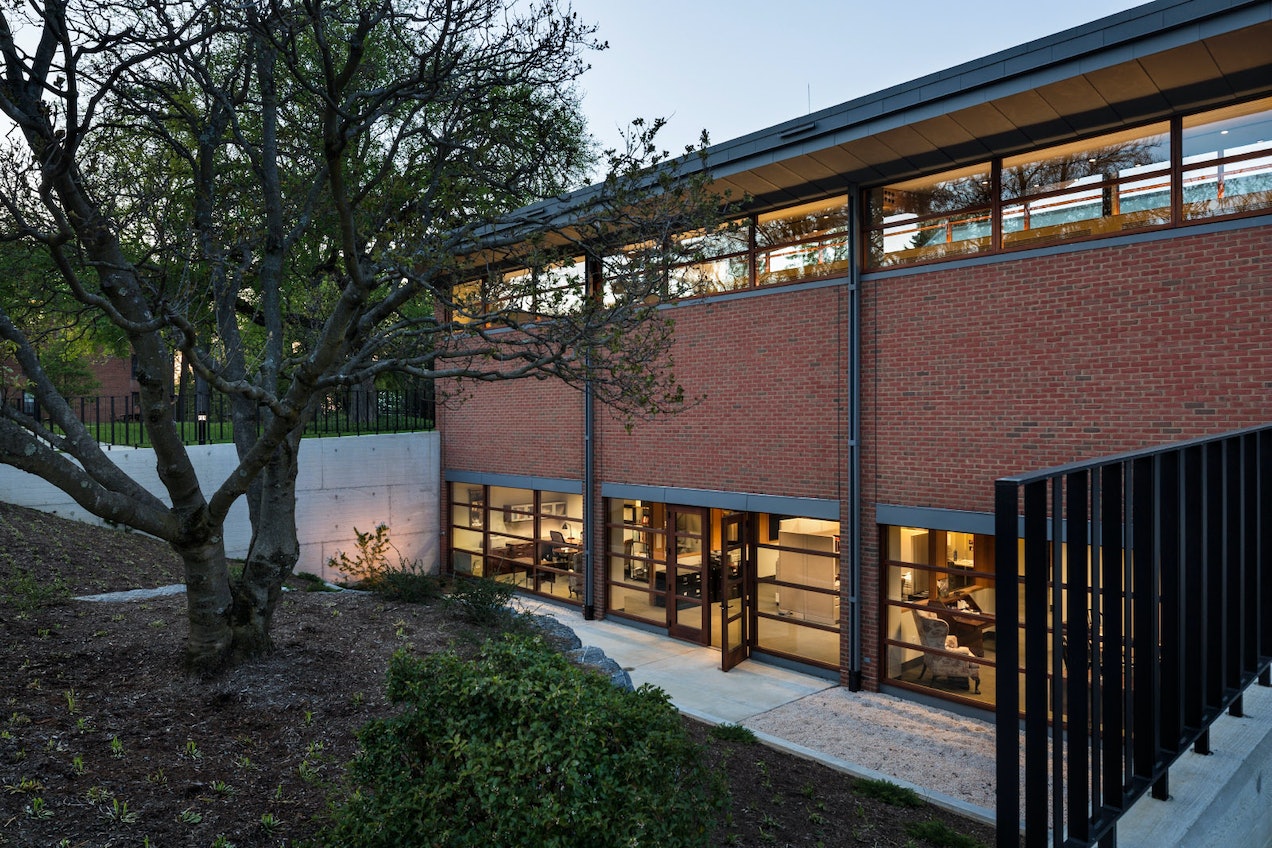 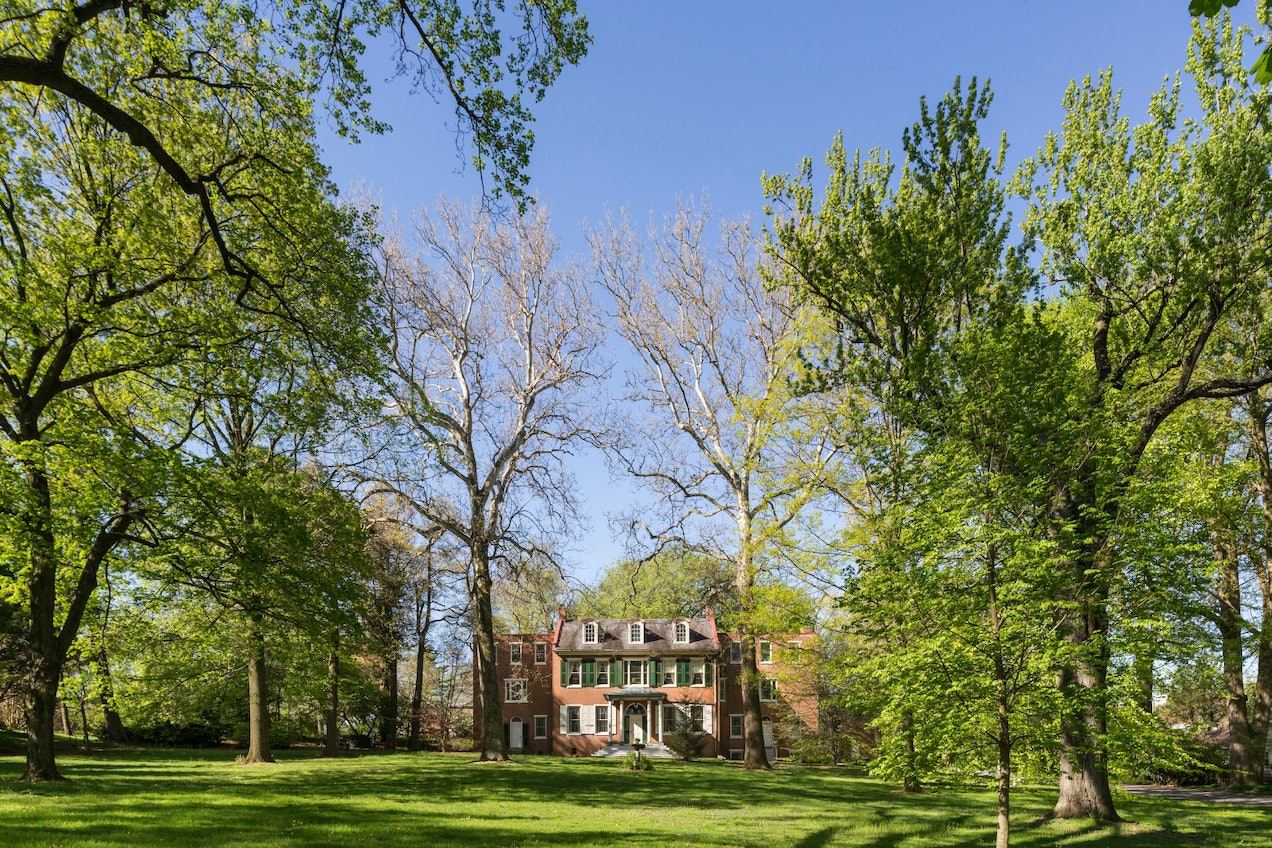 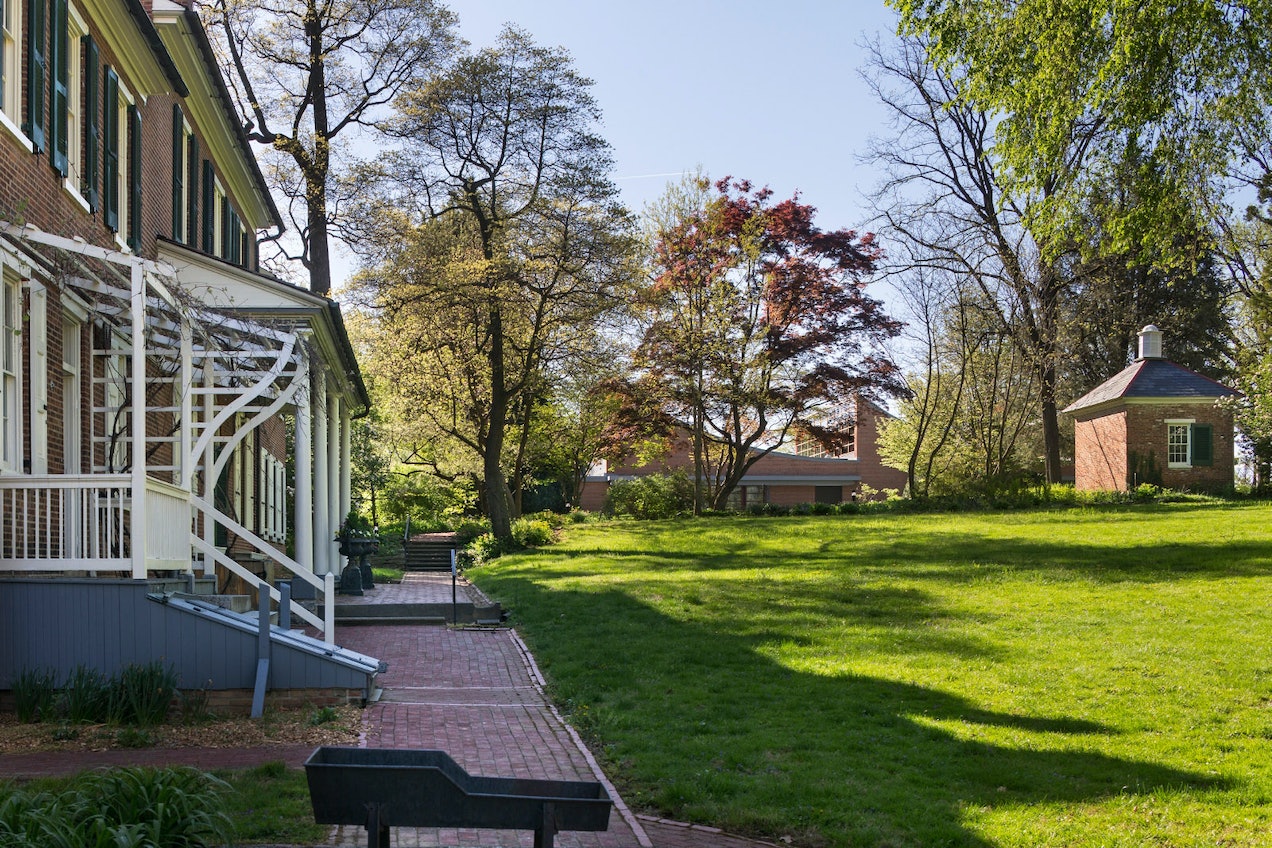 The lobby rear entry leads to Wheatland through the Tanger Arboretum. Though the two buildings are visible to each other, the landscape separates them to maintain a sense of place for each.

And though its focus is on the past, the place is clearly made to go somewhere like one of its inspirations.