For my son’s recent college project he was paired with another student, something that would have been exceedingly rare (if not unheard of) during my bright (if that is the right word) college years. We wandered lonely as a cloud, scholastically speaking. It was me against the professor, with precious little backup. 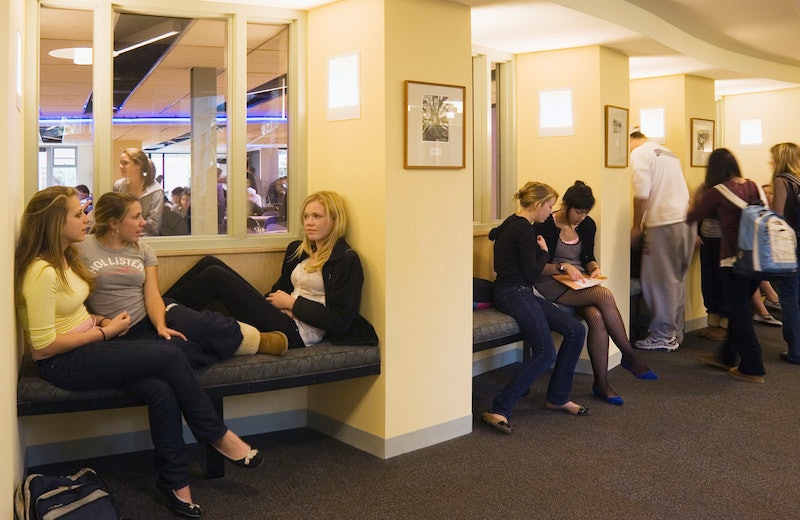 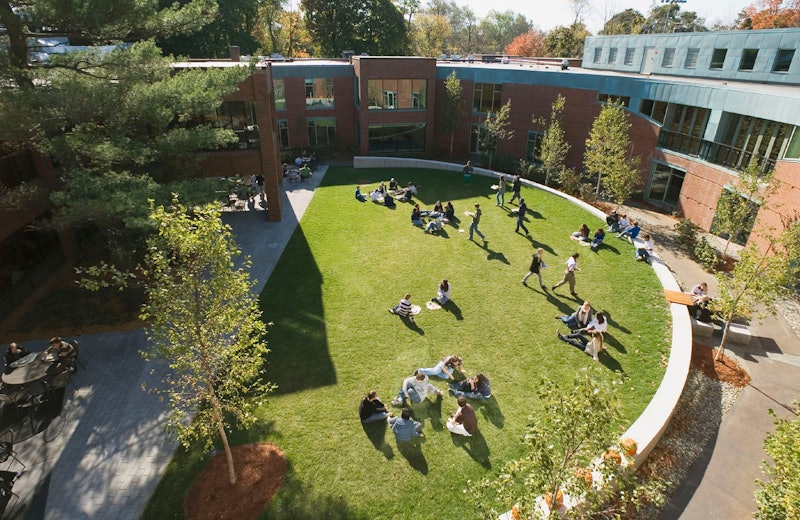 But group education is the reality of modern academia, certainly from secondary school through college. Young people move in sizeable packs. They date in groups, study in groups, do projects in groups, hang out in buzy chat rooms, make conference calls on their cell phones. They have more than individual friends, they have groups of friends, often quite well defined units. Their generational tag name fits: the “millennials.” It is something like the hypothetical movie sequel: “The Dirty Dozen Goes to High School.”

As an architect, I try to keep this phenomenon in the front of my mind when designing or renovating buildings to accommodate modern students. They need spaces to gather, both inside and out, beyond formal common rooms or large courtyards. This is fine with me because I love creating spaces, siting and planning projects with an eye to the places between buildings, as well as those within the walls.

I fell in love with outdoor spaces in Rome, during a semester I spent there in college. I could wander about the Piazza Navona for hours, admiring a locale whose lineage can be traced to the first century A.D., when it was a stadium for Rome’s infamous games. It has served many purposes since: a market, a track for horse racing, a lake (it was flooded for Medieval festivals), a movie set (“Angels and Demons”, “Catch 22”) and, mundanely enough, a place to live above, shop, congregate, or simply wander about blissfully.

Few if any spaces can compare with the Piazza Navona, but every place deserves and needs its own intimate and idiosyncratic niches, vestibules, foyers, alcoves, and whatnot. At Buckingham Browne & Nichols School in Cambridge, Massachusetts, the school and I were faced with a previously developed master plan that called for demolition of an older building and creation of a new one that would make a series of stand-alone buildings with amorphous space in between. Students would rush from one independent academic venue to the next, like steel balls careening about a pinball machine, with no well-defined places to hold them in between.

I argued that we could renovate the building on death row, and then connect the new construction to it in ways that would improve interior and exterior spaces. The students could flow indoors, gathering in large and small, new and inviting spaces on their way to and from classes. At other times, they would just as easily flow outdoors to a newly encircled courtyard, a large gathering place with smaller side venues (a chess table, for example). This became the heart of the new and improved school, where academic and social games are now held daily.

In melding the new to the old, the school was able to create more than merely the sum of its new square footage. As one student said on opening day of the new BB&N, “I want to be here, it doesn’t feel like a school.”