At a recent Sugar Cube presentation, Chuck Mueller described, in fascinating detail, how the dramatic curved glued-laminated (‘glulam’) timber beams that form the structure of the Thompson Exhibition Building at the Mystic Seaport Museum were conceived, fabricated, and erected.

Their shape was inspired by the curve of a crashing wave, the coils of invertebrate sea creatures, and, tied to the Seaport’s shipbuilding heritage, the ribs and planks of wooden ship hulls. The metaphor would have been decidedly mixed if the structure were made of anything other than wood.

During the design process, which defined their optimal shape and detailed their principal connections, Chuck and his merry band of architects and engineers engaged Goodfellow, a Montreal-based processor and distributor of exotic woods. As the beams were fabricated, Goodfellow produced detailed shop drawings that fleshed out every connection down to the last nut and bolt (and there sure are lots of them). 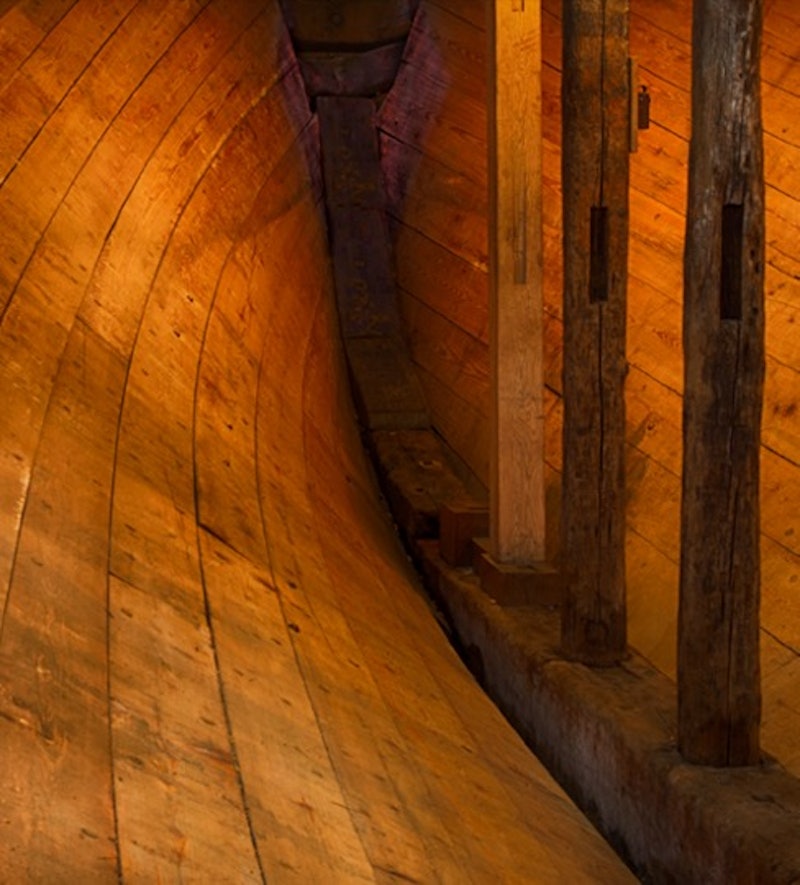 It turns out making a curving glulam structure takes lots of clamps and waterproof glue. As each individual strip of laminated Douglas fir is stacked and bonded together, the strongest laminations are located on the bottom and top of the beam, where maximum tension and compression stresses occur. If all those thin laminations were laid end to end, their total length would be 23 miles!

Once the beams were fabricated and finished with handheld planers, they were wrapped, protected with plywood, loaded on flatbed trucks, and pointed south. Once staged at the Seaport, it took about three months to erect the main structure of the now-familiar building shape, with each beam composed of sections that came together with internal knife joints that hide their metal connections. 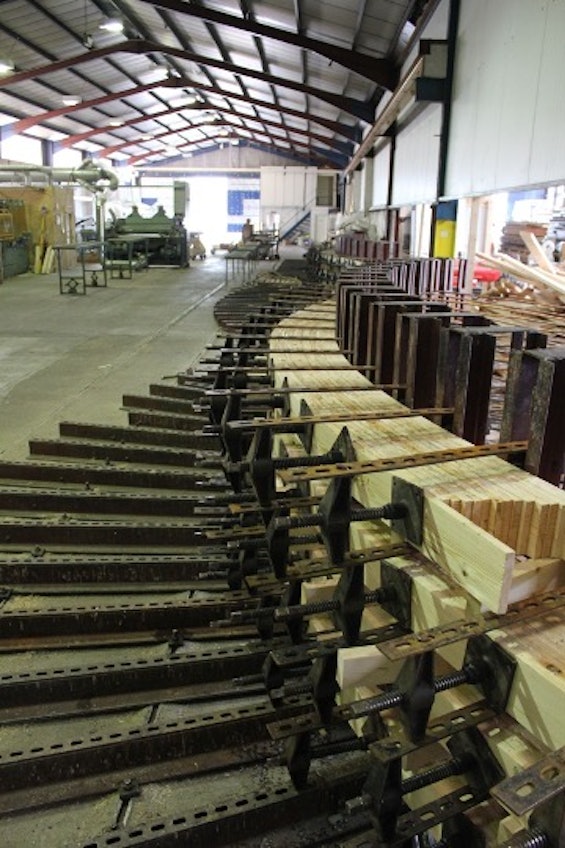 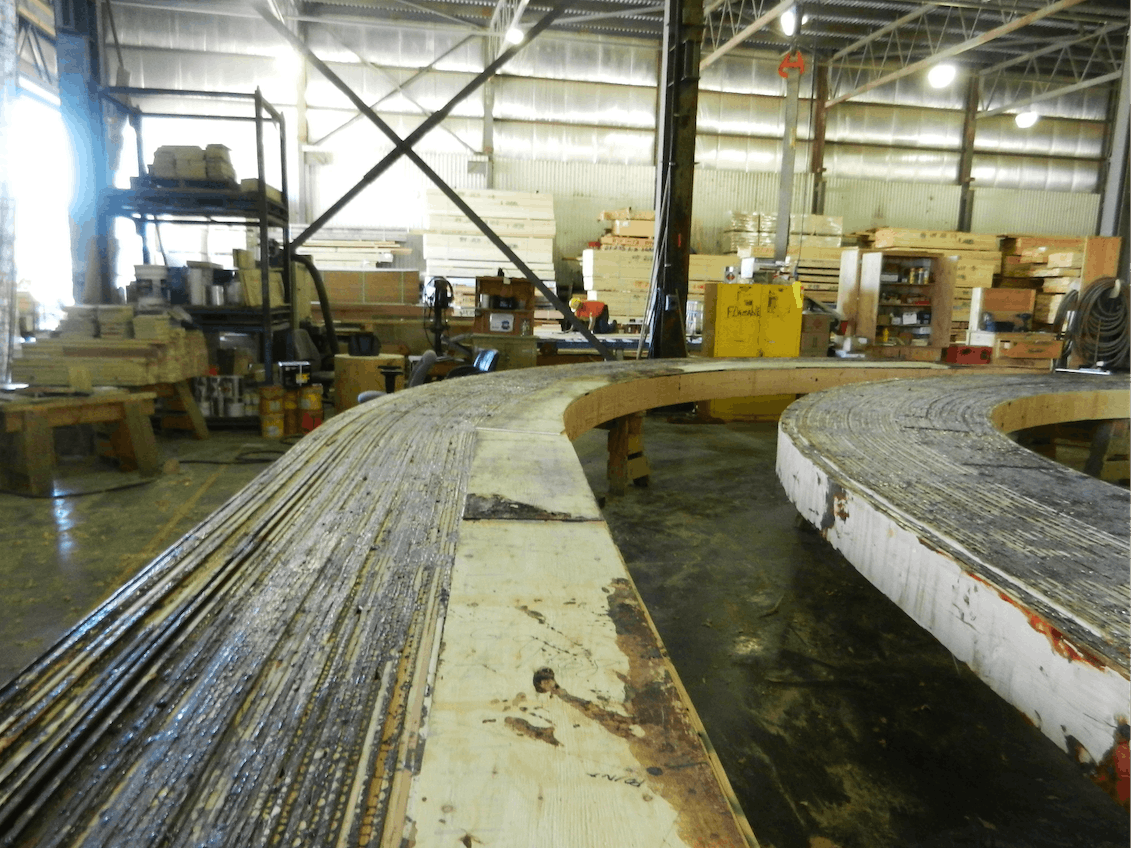 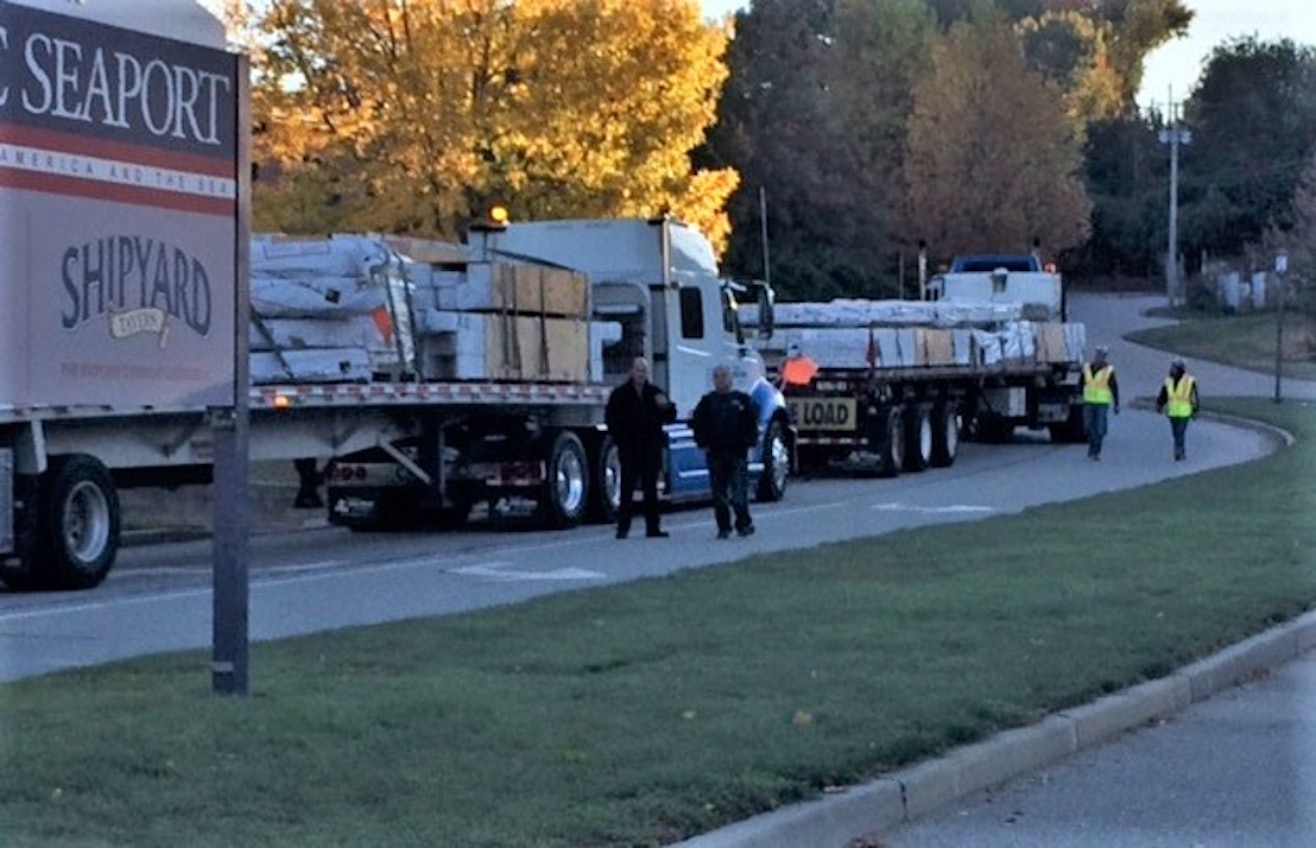 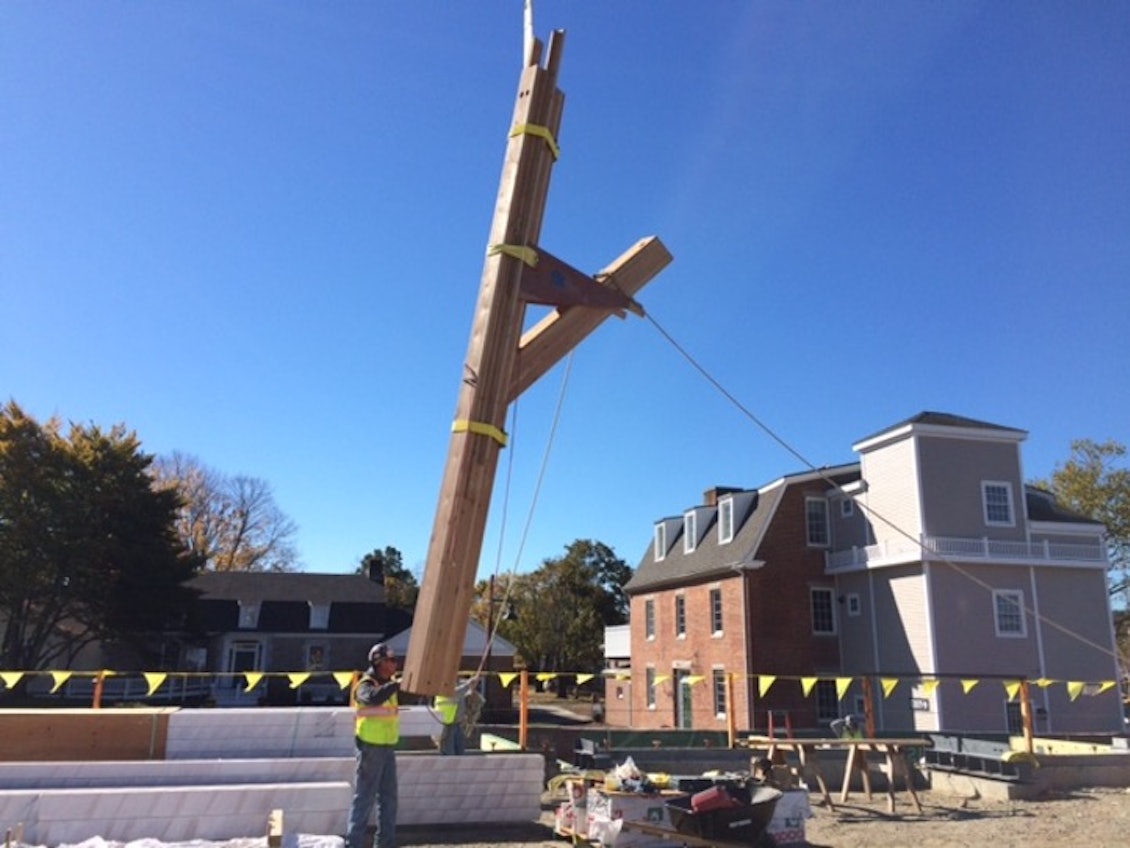 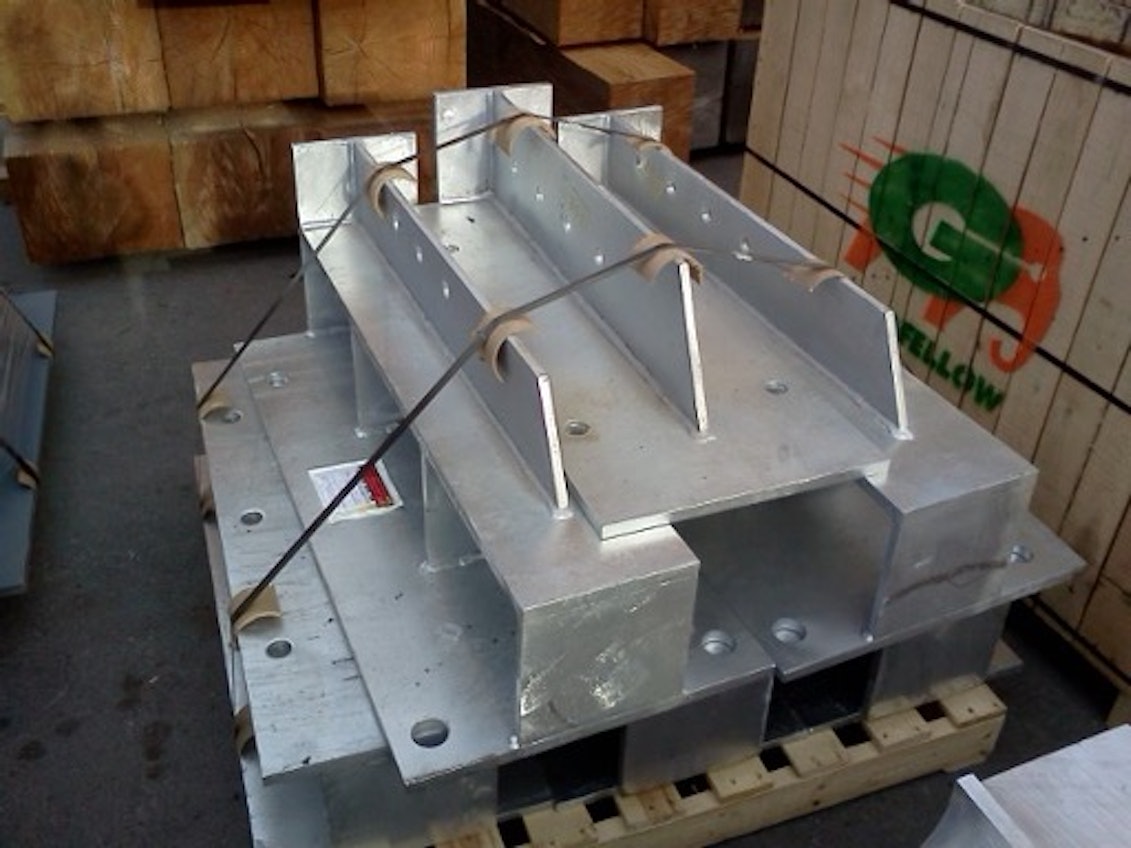 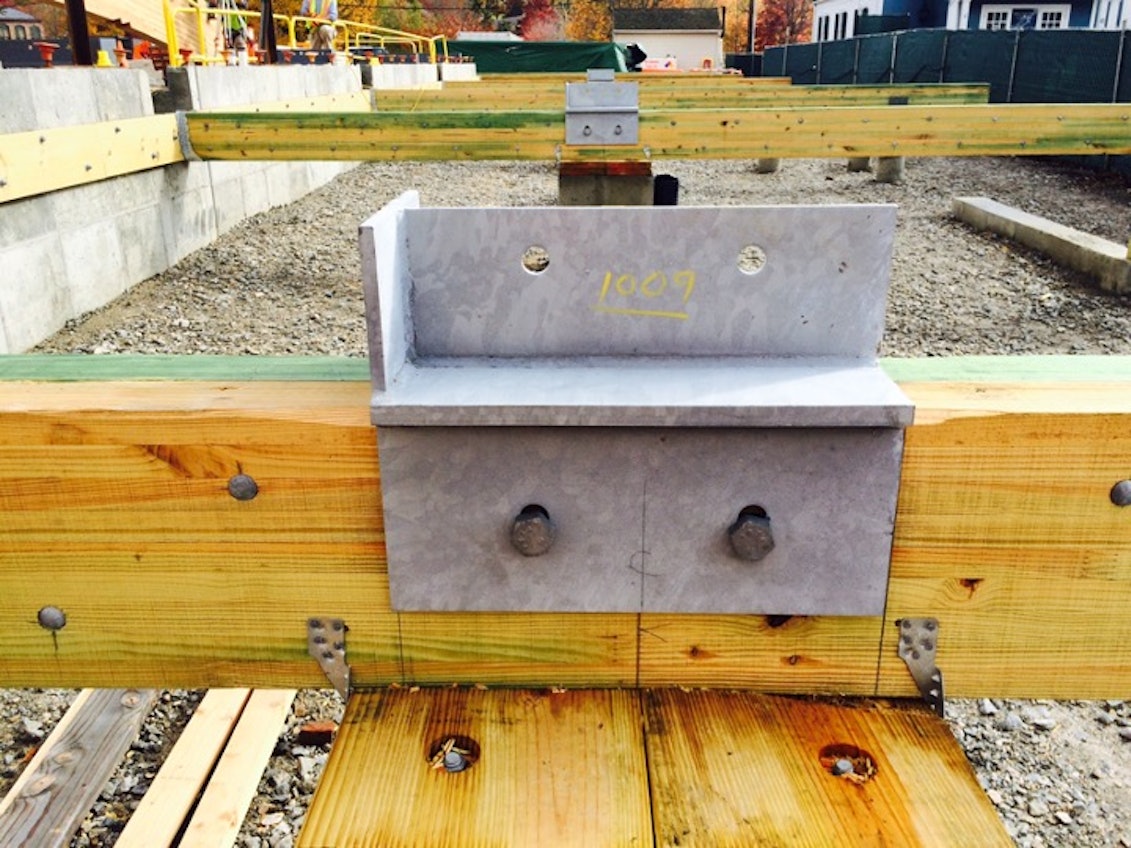 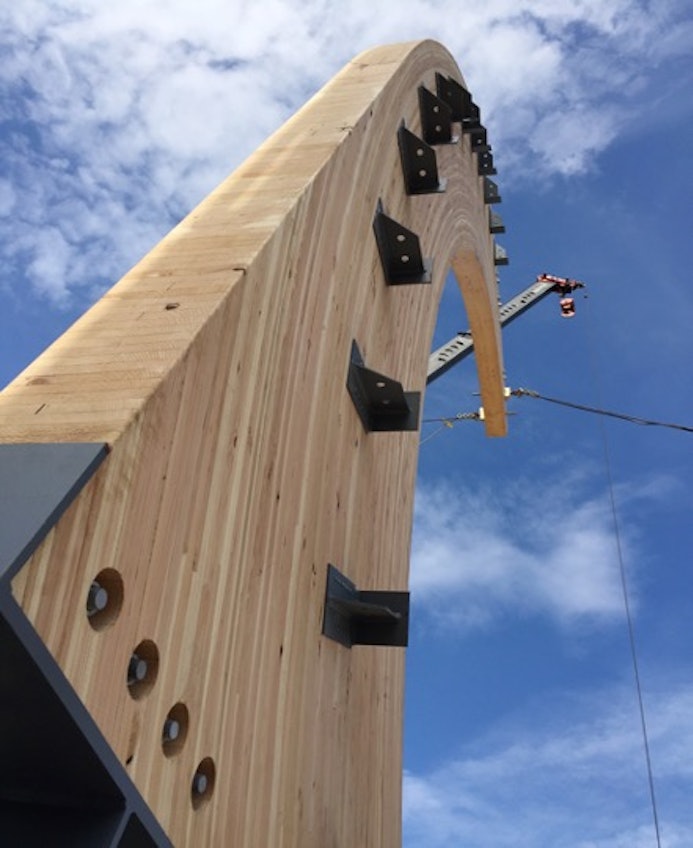 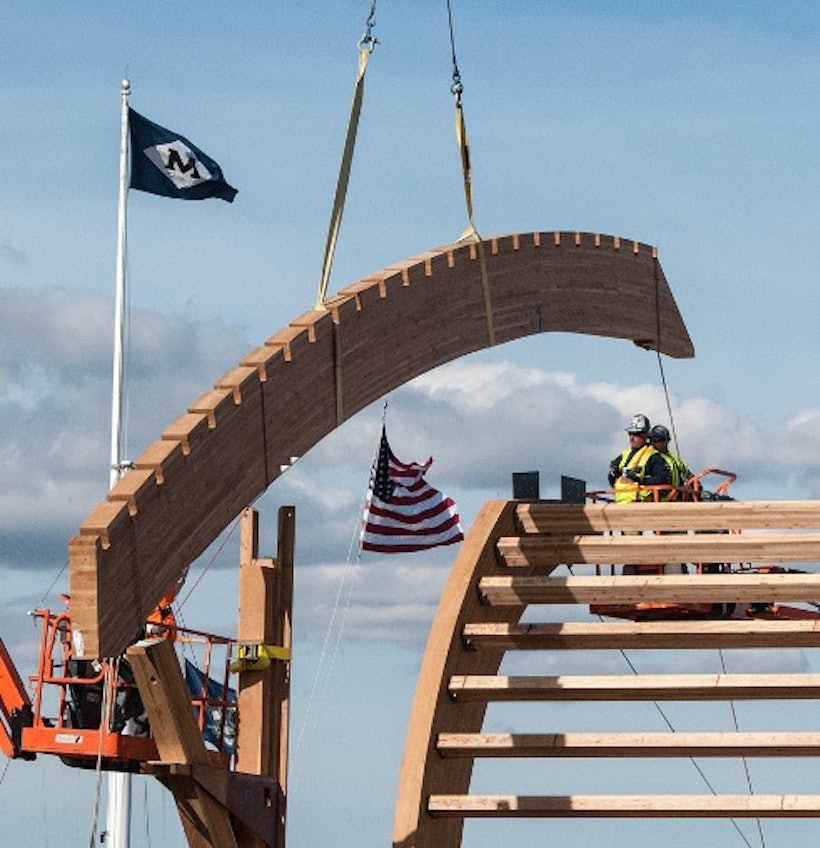 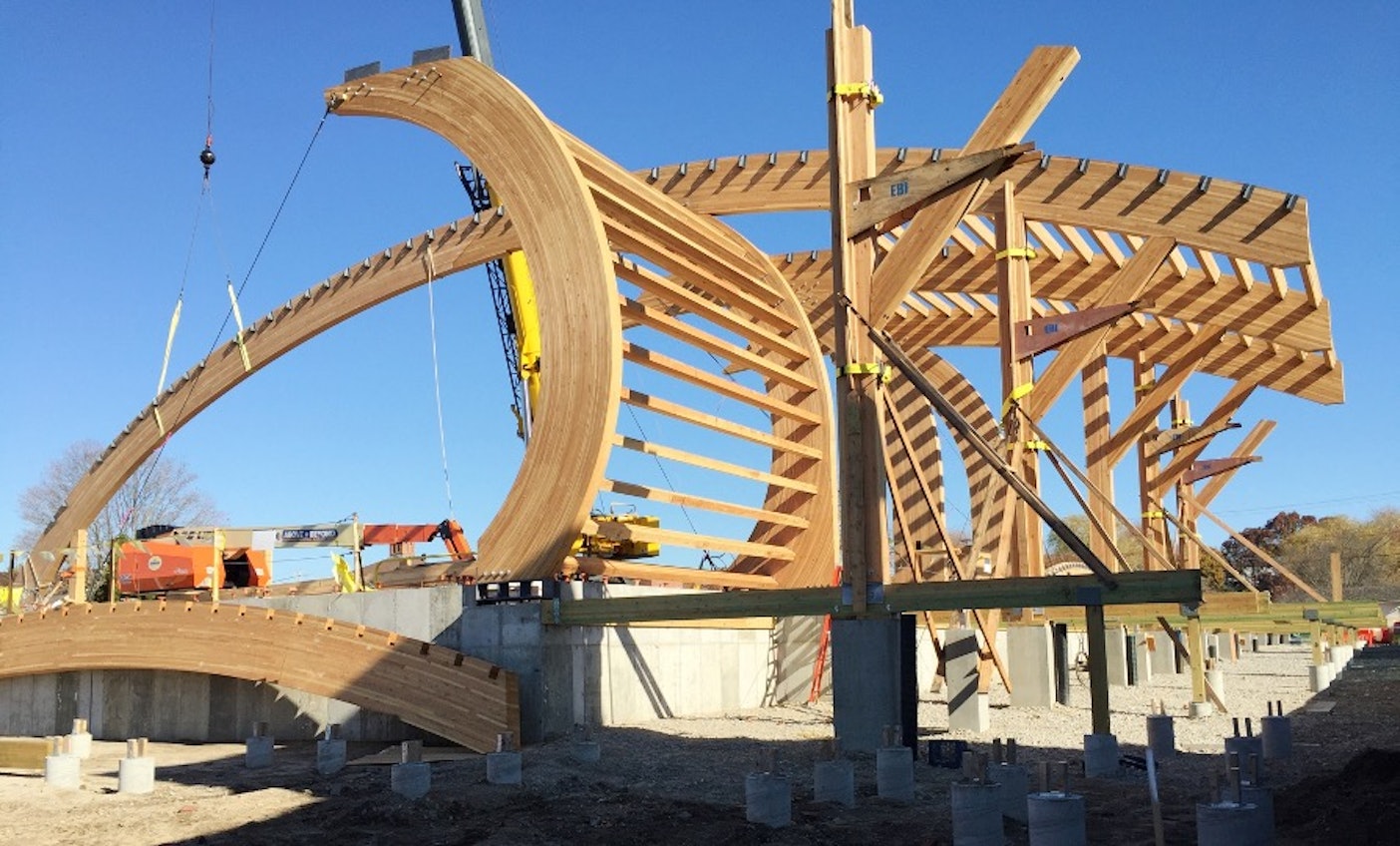 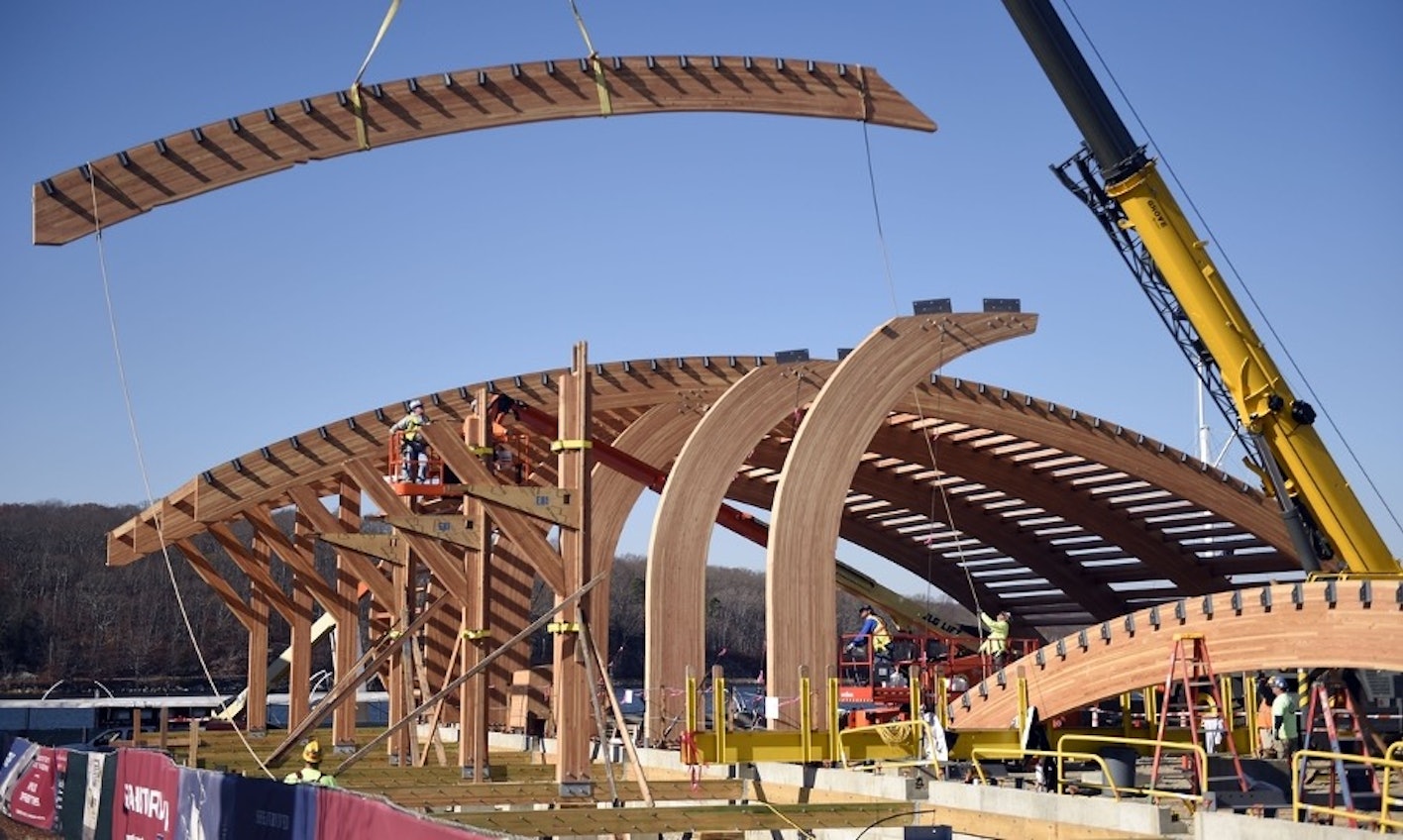 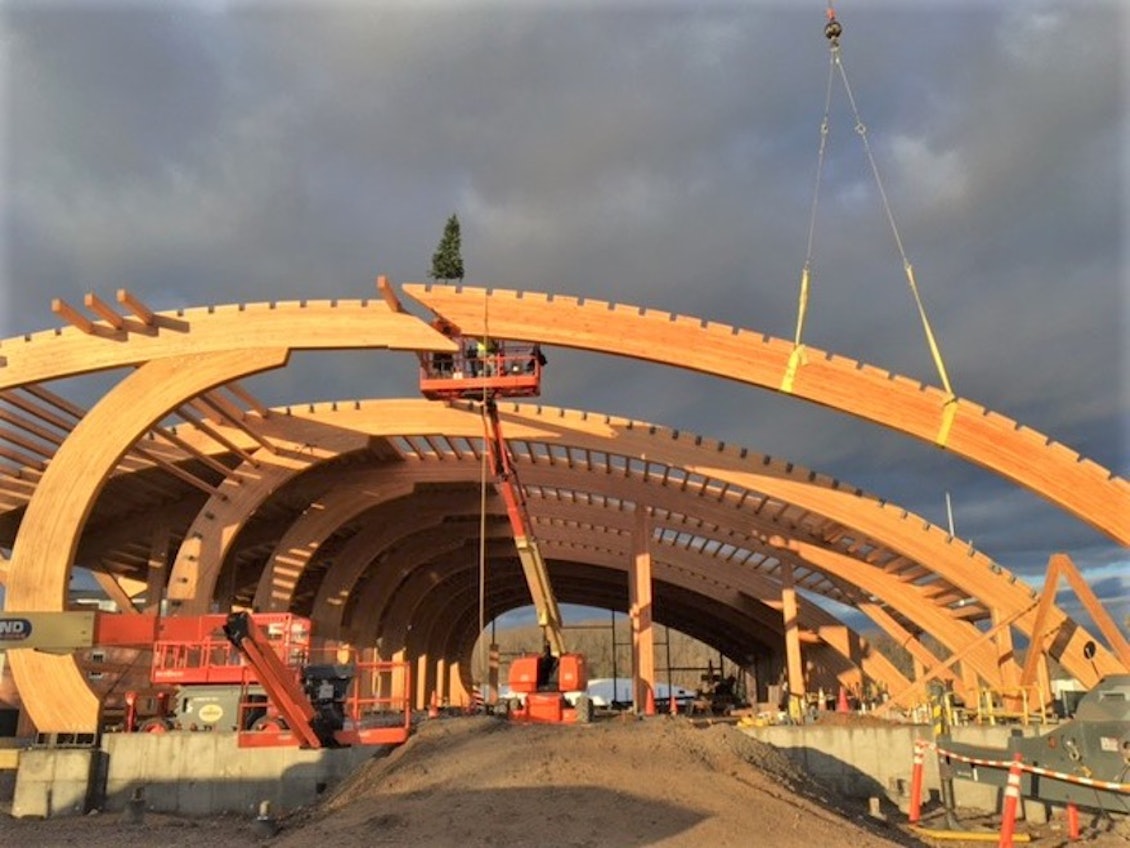 Even with computers guiding the architect’s and fabricator’s hand, field conditions meant there were opportunities for heavy persuasion. Chain saws made plunge cuts and sledge hammers brought home the final connections. You’d never know by looking at the elegant structure that it sometimes took brute force to bring it all together. 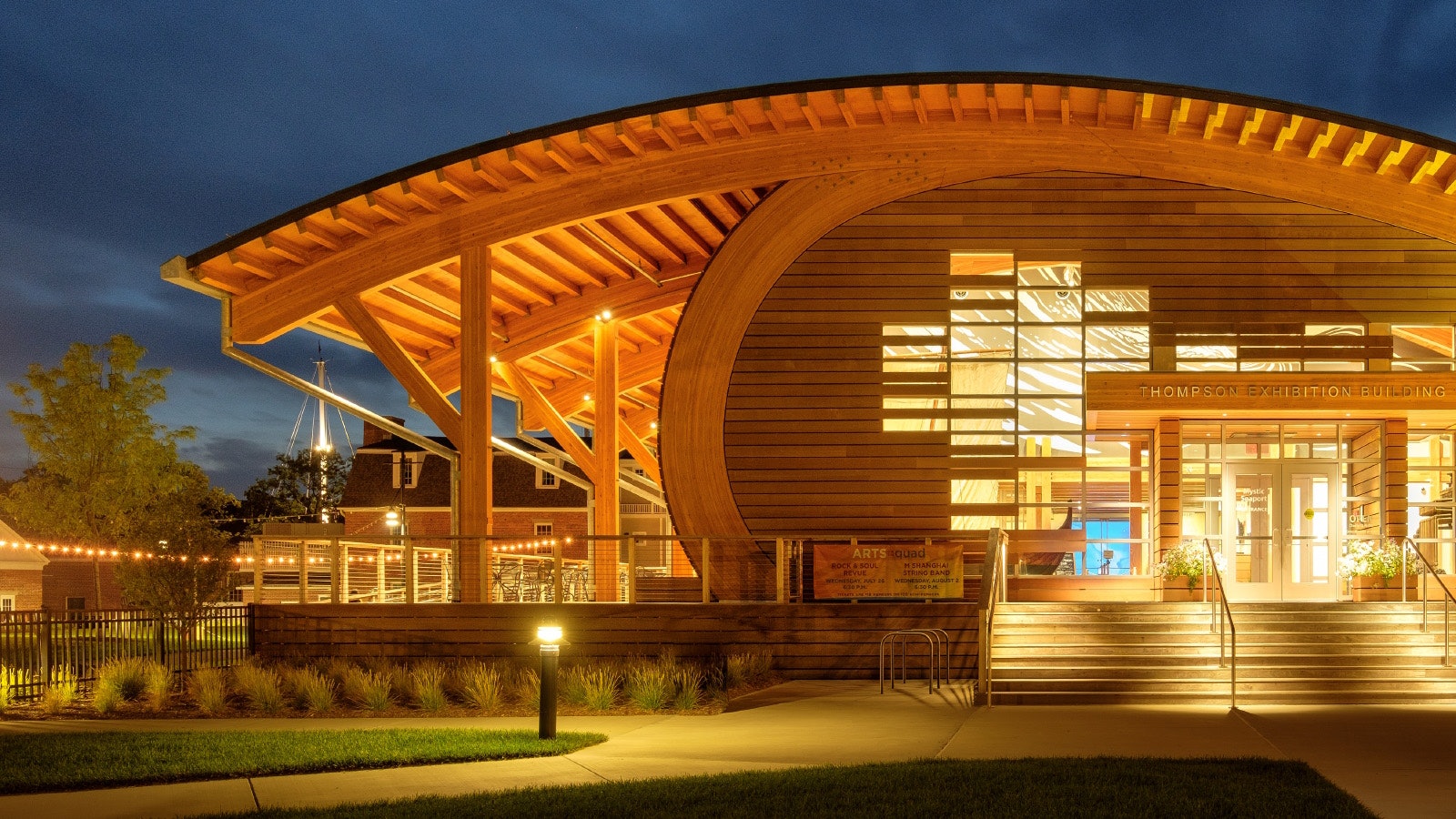 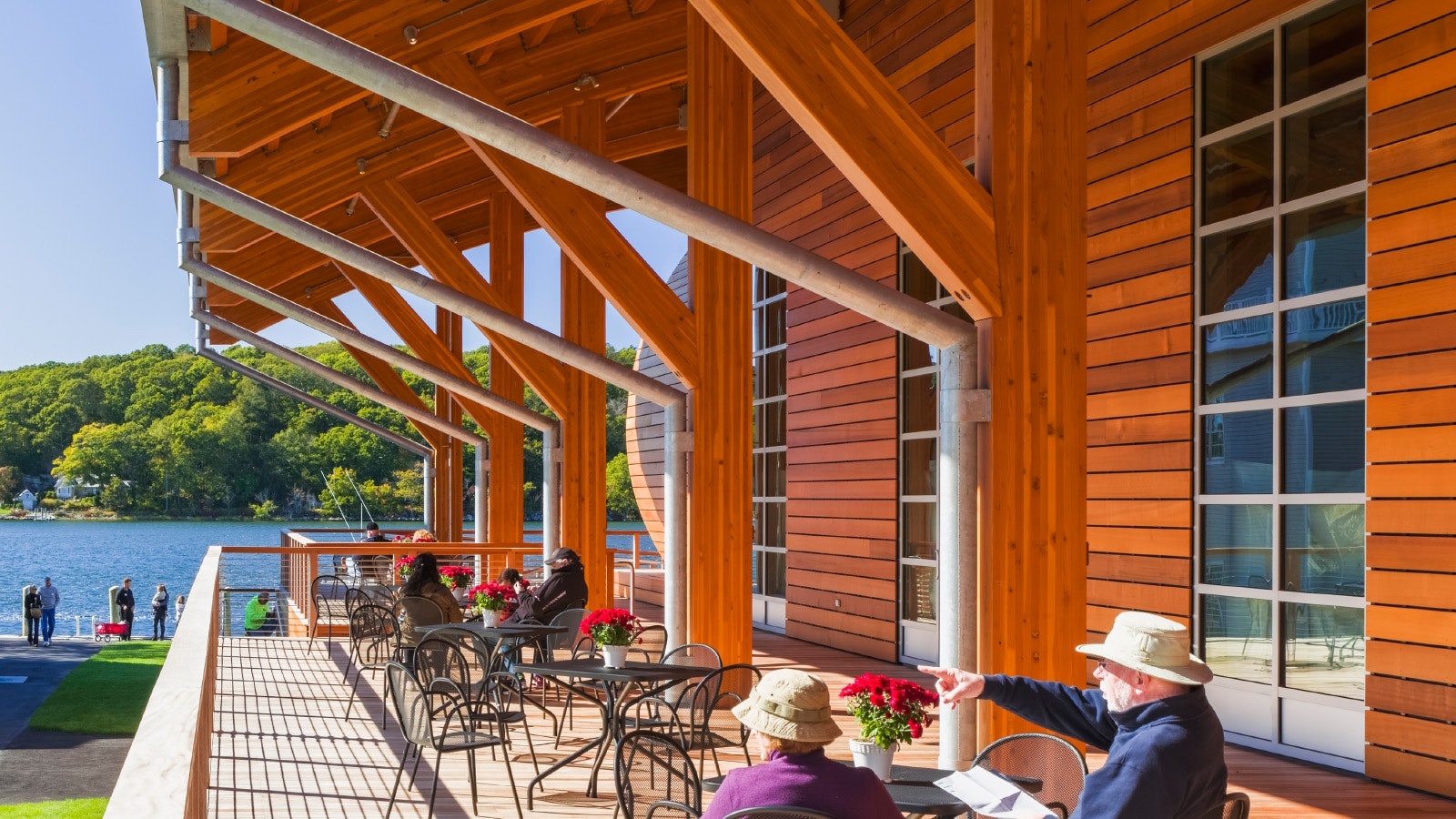 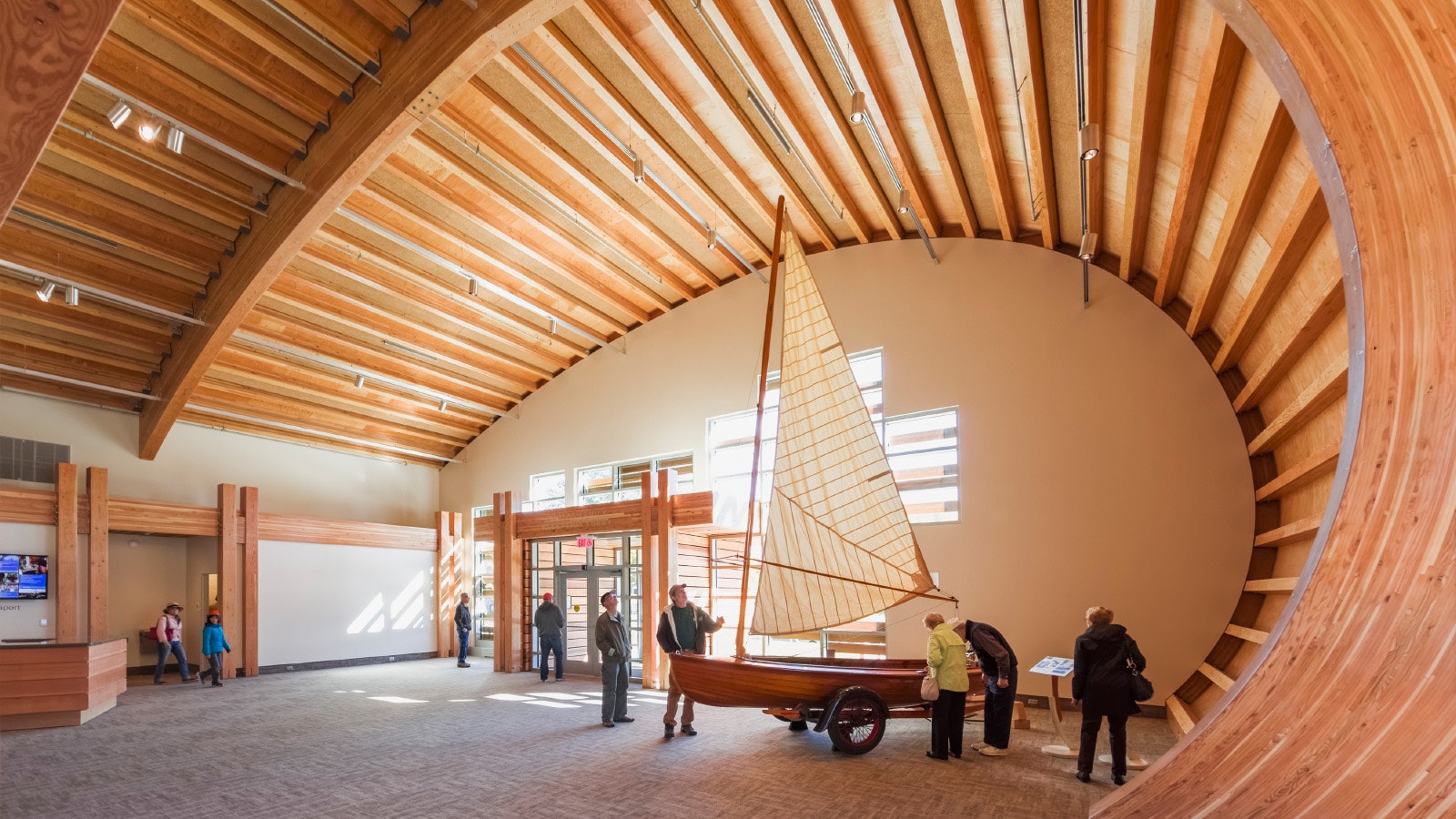 Editor's Note: The "Sugar Cube" is our internal moniker for brief presentations by members of our staff after lunch on Fridays. Held in The Cube, the square shaped room at the center of our mill complex, they've traditionally been accompanied by sweet treats from the cafe across the street. These days they're on Zoom, with presenters and audience on their own for dessert.