Our current job designing the expansion and renovation of the historic Yale Peabody Museum of Natural History is fascinating in a number of ways. I wouldn’t be doing my job if I didn’t encourage you to read more about that on our project page, but in this blog post I wanted to share a neat historical tidbit that ties the Peabody with another prominent past client.

Like any of our renovation projects, I try to poke around the internet and find out all I can about a building’s history. And one of the pieces I always look for is who was the original architect. With the Peabody Museum, I was fairly quickly able to discover that it was designed by Charles Klauder. That was confirmed by an image of the original plans our architectural staff had attained. 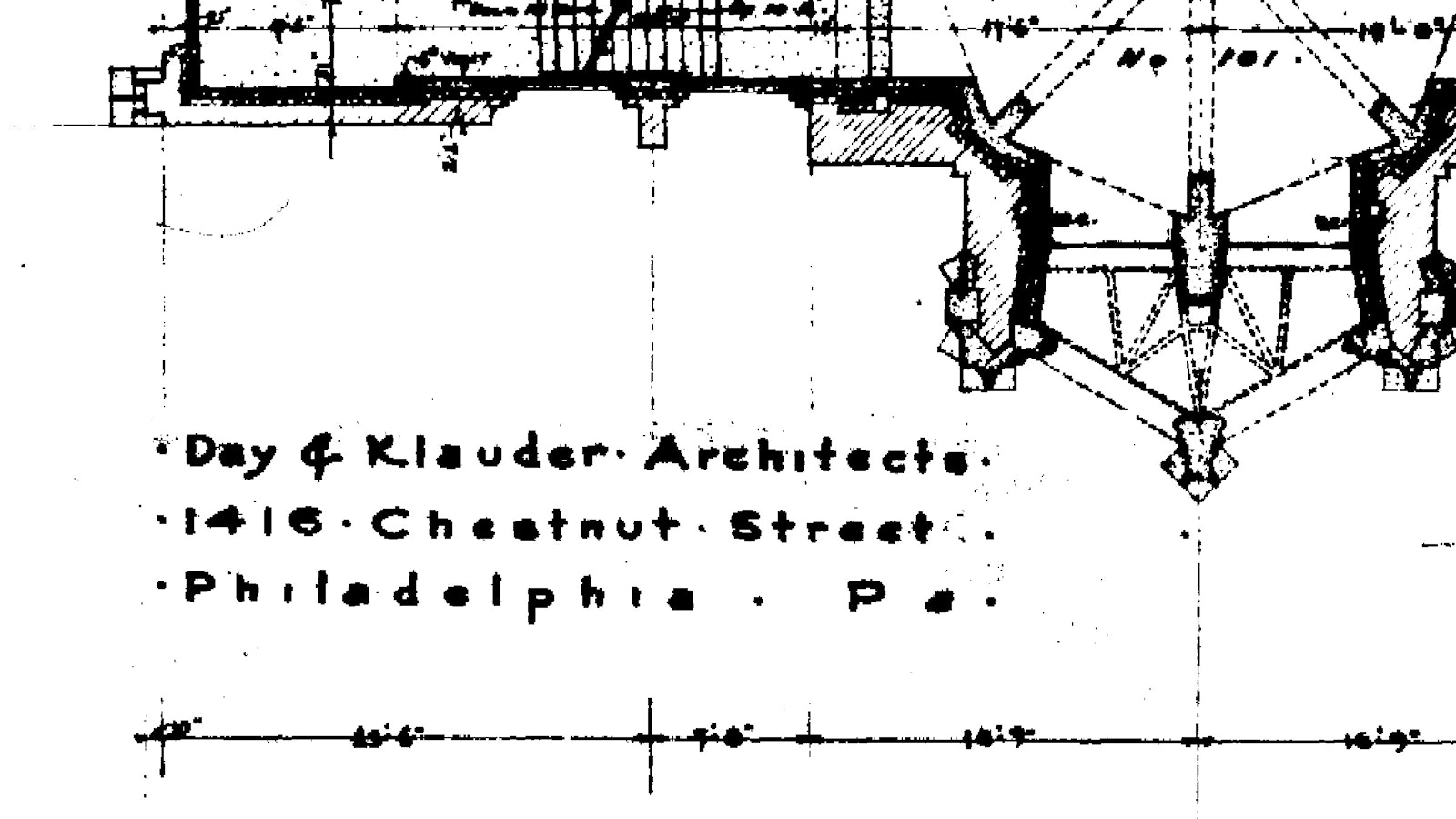 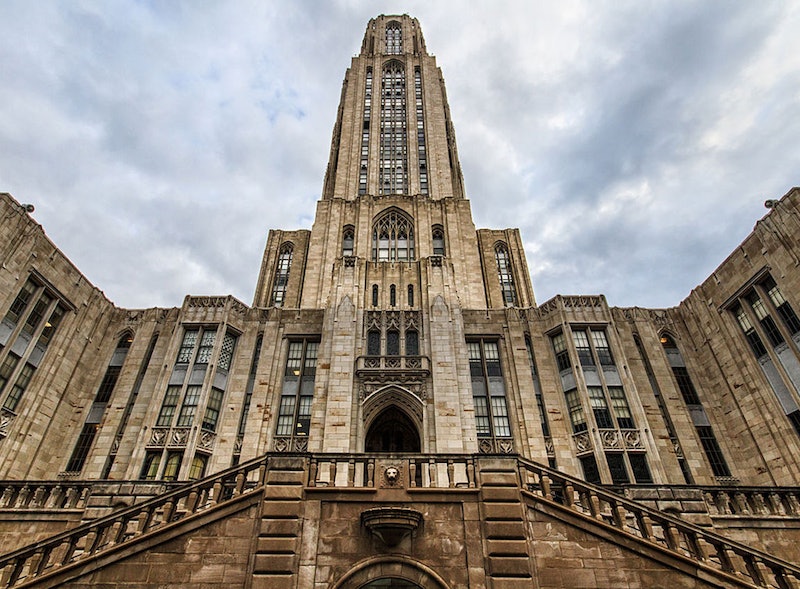 My inquiring mind then wanted to know more about Klauder. I quickly learned that he was one of the most notable campus architects of the 20th century, and he started in the profession at age 15! His list of design credits include institutions like Brown, Cornell and Princeton.

With a passion for sports history, I immediately recognized the name of perhaps his most famous campus building: the Cathedral of Learning at Pittsburgh. It was from atop the Cathedral that this famous and stunning image was taken of the 1960 World Series at Forbes Field below.

For the non-baseball historian, the Cathedral of Learning is notable as it is the tallest education building in the U.S. at 42 stories. It’s an icon not only of the University of Pittsburgh, but of the city itself.

After learning Klauder designed the Cathedral at Pitt, next I noticed he did Franklin Field at Penn. Wow. The Palestra, too. Double wow. Now you’re talking my language. Each of those venues oozes with sports history.

Franklin Field is home to the famed Penn Relays, Quakers football, and once upon a time the Philadelphia Eagles. Franklin is where the Eagles’ last NFL championship prior to this past season was clinched, and where the infamous Santa Claus incident took place.

The Palestra is a revered basketball cathedral. It has held more college hoops games than any court in the nation, for Penn, the Big Five and many others. It was at the leading edge of arena design at the time as it was one of the first without interior support pillars that obstructed sightlines. 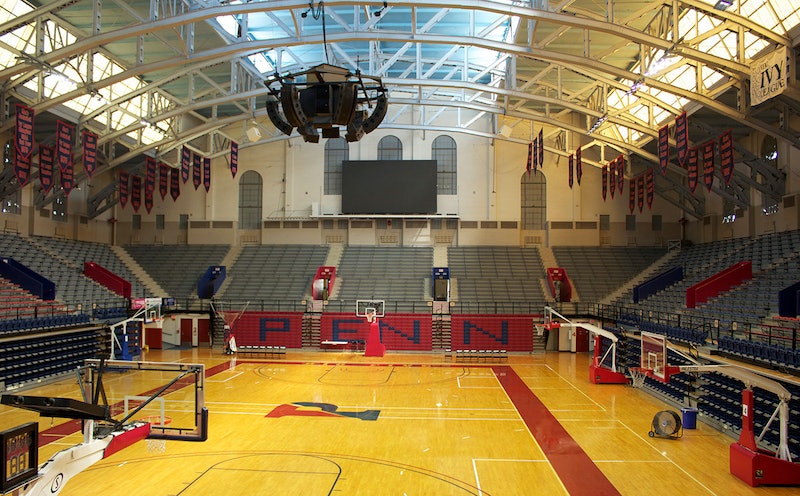 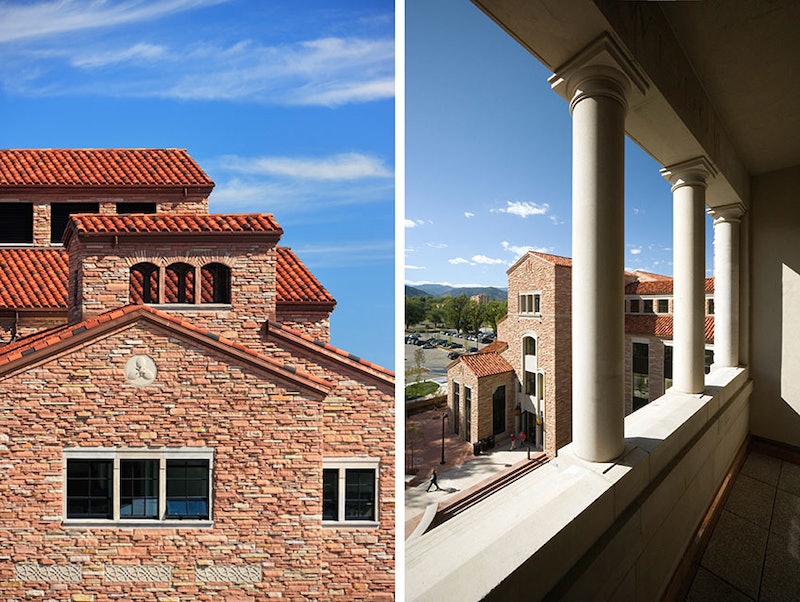 All that said, now back to my original point of tying the Peabody Museum to our previous work.

Klauder is also highly regarded for his master plan for the University of Colorado at Boulder. This was significant in that it established a distinct building style, later referred to as Tuscan Vernacular Revival, that CU is known for to this day. Klauder further set the precedent by subsequently designing 15 buildings on campus in the style.

In the 2000s, we added two new buildings to the CU landscape. Prior to that, recent building had strayed from the Tuscan Vernacular. But with the Wolf School of Law Building and the Center for Community, our designers built on the style Klauder established.

Fast forward to 2018, and here we are once again, with an an opportunity to add to another Klauder design, this time at Yale. While the interior renovations will provide the first substantial modernization in the building’s history, the addition and new tower is a modern ode to the existing iconic design that has stood the test of time.

Much like the effort we started a decade ago in Colorado. 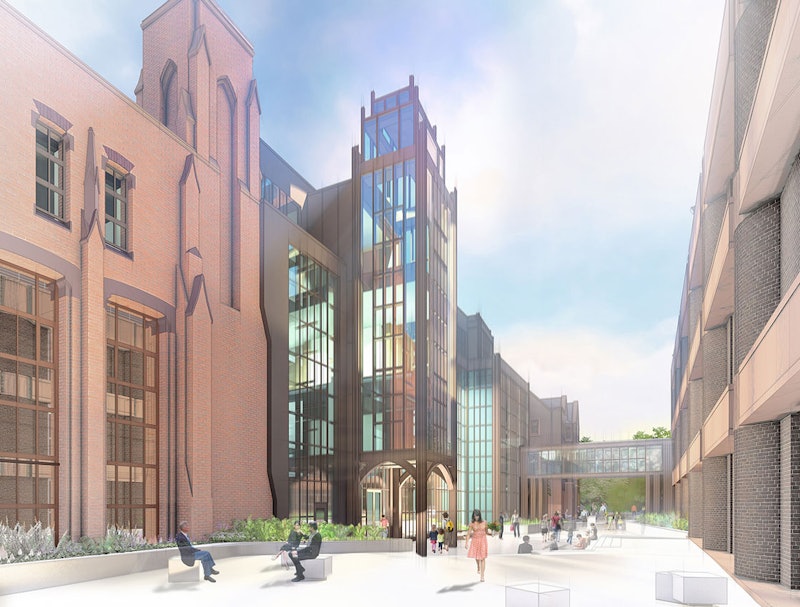