Notes from the Cube: Biometrics + Architecture

Imagine designing a building’s façade based on eye tracking hot spots, or laying out a floor plan informed by MRI data. The day may come sooner that you think.

The results of an eye tracking experiment. Credit: Ann Sussman

With eye-tracking research, a person wears a device similar to a pair of glasses that measures what they look at and how long they focus on it. He presented image-based comparison studies run by Ann Sussman, an architect and researcher with whom Misha has collaborated. Sussman’s research revealed that many people focus on areas of high contrast in building facades – things like entrances, windows, and prominent ornamentation – as well as on features that most closely resemble faces and fractal shapes. 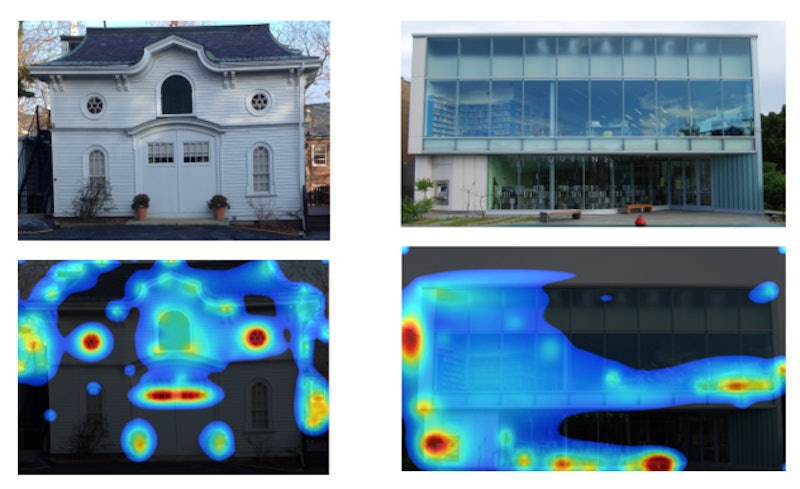 Like the image atop this page, this eye tracking heat map exhibits how people tend to see faces in buildings (left) and more often look for areas of higher contrast (right). Credit: Ann Sussman 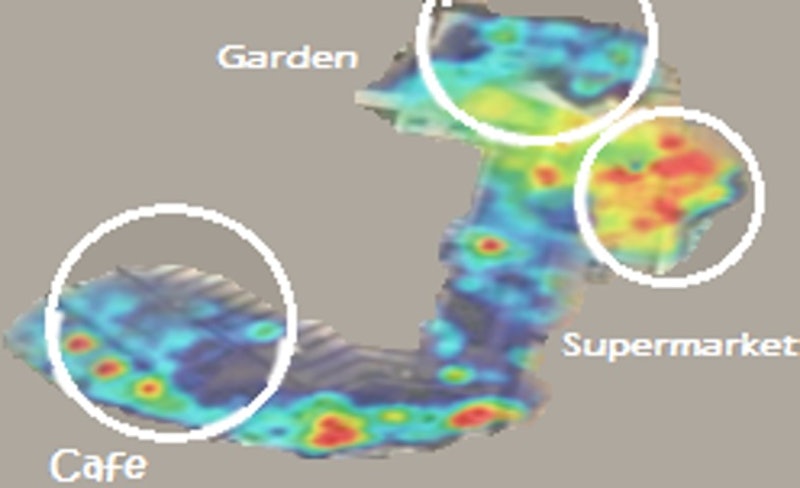 Results from EEG testing that contrast areas of stress versus pleasure. Study and image by Al-barrak L, Kanjo E, Younis.

Facial recognition also shows promise in engaging how people see buildings. With 43 muscles in the human face, even the most minor of expressions can be measured. From a smile to a raised eyebrow – all can be interpreted as feelings toward what a person is seeing and experiencing.

Similar to facial recognition, EDA also measures the body’s surface response to stimuli. While architects might aspire to induce goosebumps, other reactions that EDA can measure include fear, anger, startled response and orienting response. As designers, we want to be sure that the places we build for people don’t trigger anxiety!

Next-level measurement includes EEG and MRI to analyze brain activity, while the EKG records electrical activity in the heart. Like the other tests, these record episodes ranging from excitement to stress, but on a deeper level. New, wearable versions of many of these technologies, when paired with GPS and smartphones, can help create real-time maps in both real and virtual spaces of how occupants are feeling and how the building is affecting them.

Misha concluded his presentation by noting that companies such as GM, Apple and Disney are already using this technology. Taking smile scores and brain waves into account when designing a building can’t be far behind.

Misha is a 2019 master’s degree graduate of the Yale School of Architecture and the School of Forestry and Environmental Studies. He joined Centerbrook in July. 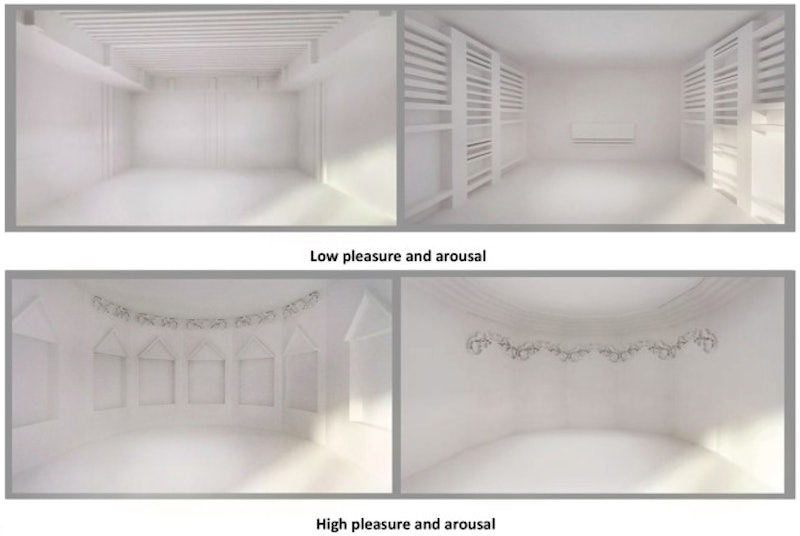