Notes from the Cube: Vernacular Architecture of Kerala

At a recent Friday Sugar Cube presentation, Minnu Srinivasan - one of our newest architects on staff - described the traditional styles, materials, and construction methods of buildings located in her home state of Kerala, India. Located on the Southwestern Malabar Coast, Kerala’s climate is tropical with a four-month monsoon season, which in recent years has caused extensive flooding.

Its houses, while varying in style depending on the region, follow a typical pattern based on “vaasthu shastra,” an ancient Indian science of architecture that balances the five elements of nature. They’re a loosely organized square, with verandas at the perimeter and living spaces in the middle surrounding an interior open courtyard. Large overhangs offer protection from rain and sun, and all spaces are open to cooling breezes.

Traditional building materials include stone, timber, clay, and palm leaves, which are used for roofing. Granite forms foundations and walls are laid up with a porous red stone called laterite. Teak, rosewood and jackfruit are widely used for framing and millwork, often intricately carved by skilled artisans. Floors are made of stone or an exotic combination of sand, egg whites, charred coconut shells, unrefined sugar, and vegetable juice extract. 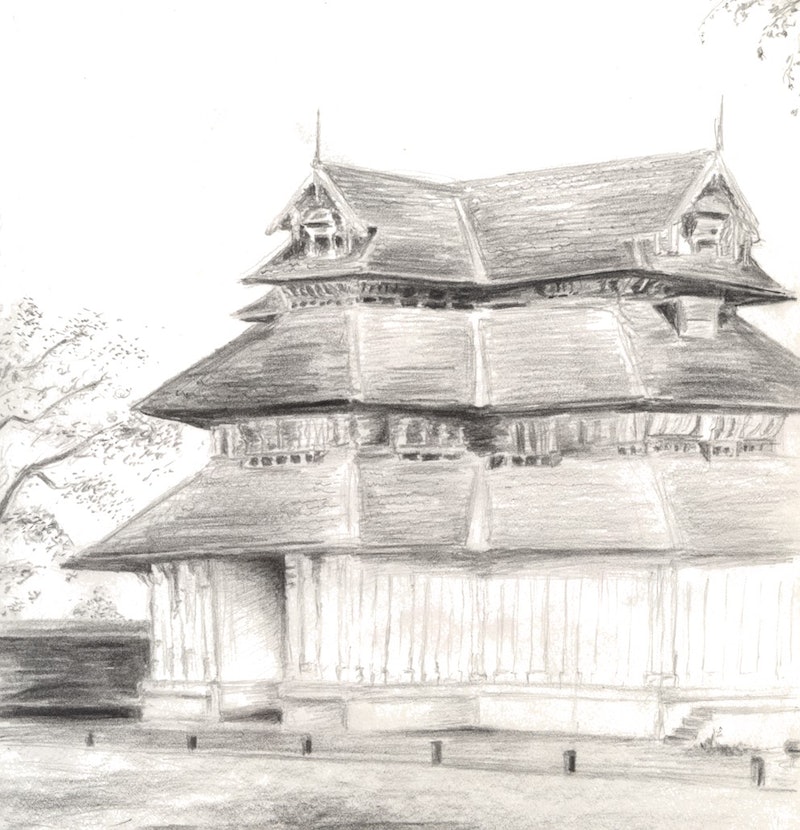 One of Minnu's sketches of Vadakkunnathan Temple Thrissur. 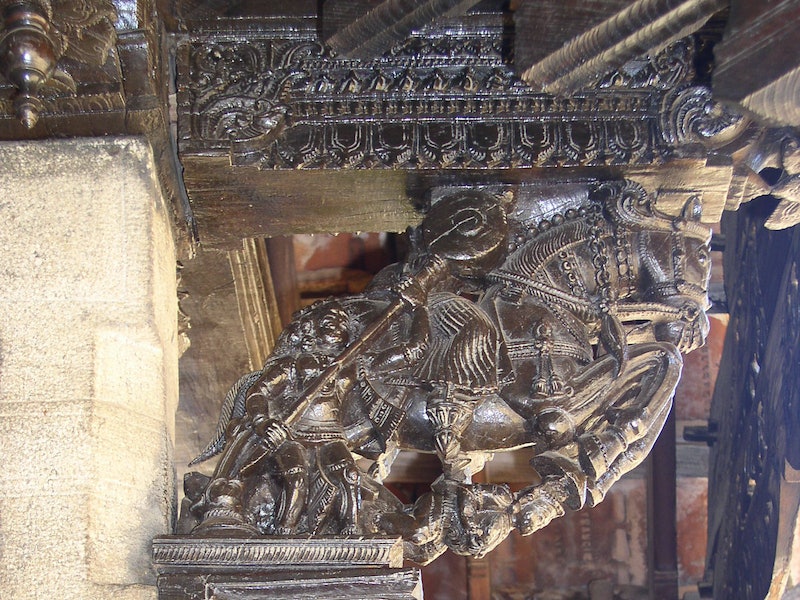 In addition to houses, Minnu explained the common layouts for temples, which house separate shrines encircled by seating and open walls adorned with small lamps lit by worshipers. The national tree of India, the banyan, shades a central gathering place.

Minnu accompanied her talk with photographs of buildings and their details, rugged mountains, lush valleys and hills, houseboats that ply picturesque lagoons and rivers, architectural plans, and her own pencil sketches.