Notre Dame: Architecture for the Soul

I had admired it from afar for a long time, from still images in collegiate art history texts, and I have always had a thing for flying buttresses and ribbed vaults. So with a Centerbrook Travel Grant in hand, I headed straight for the Cathédrale Notre Dame de Paris, which is surrounded by the meanders of the Seine River. It does not disappoint. I also visited St. Peter’s Basilica in Rome, but that is a parable for another day. 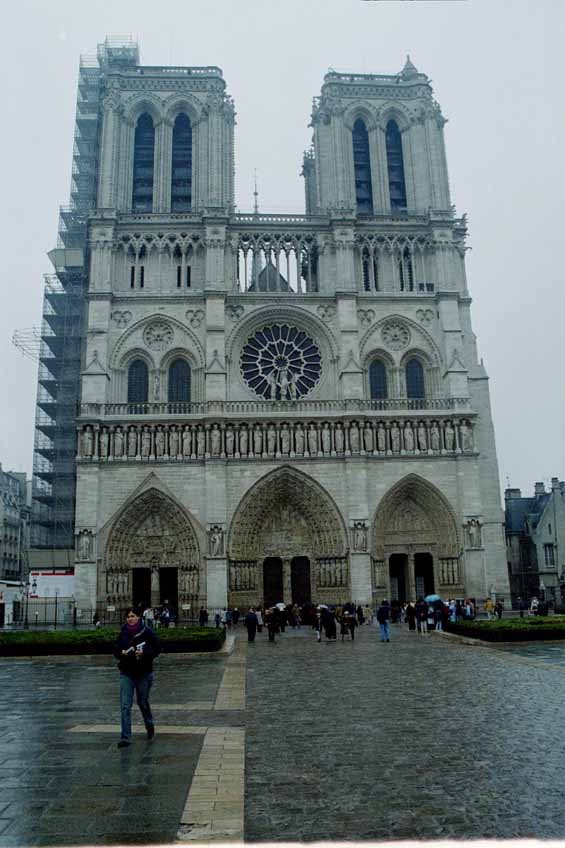 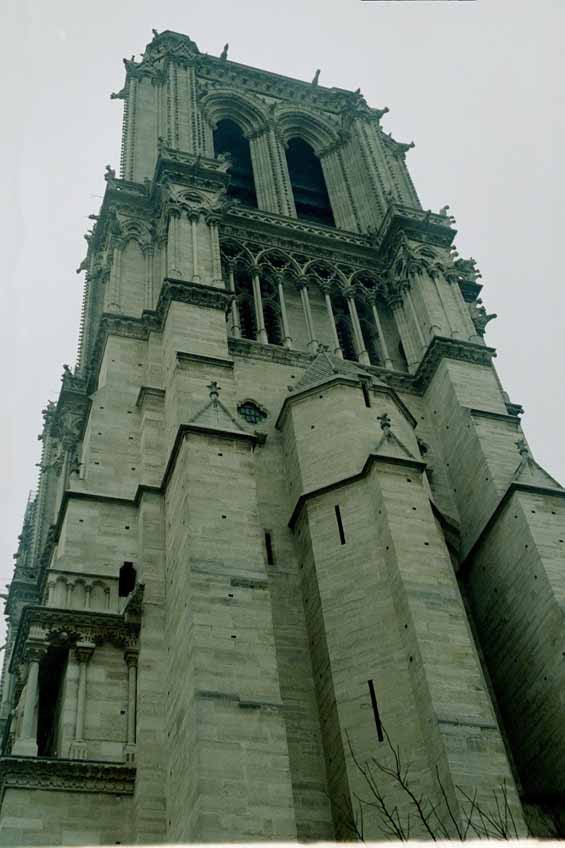 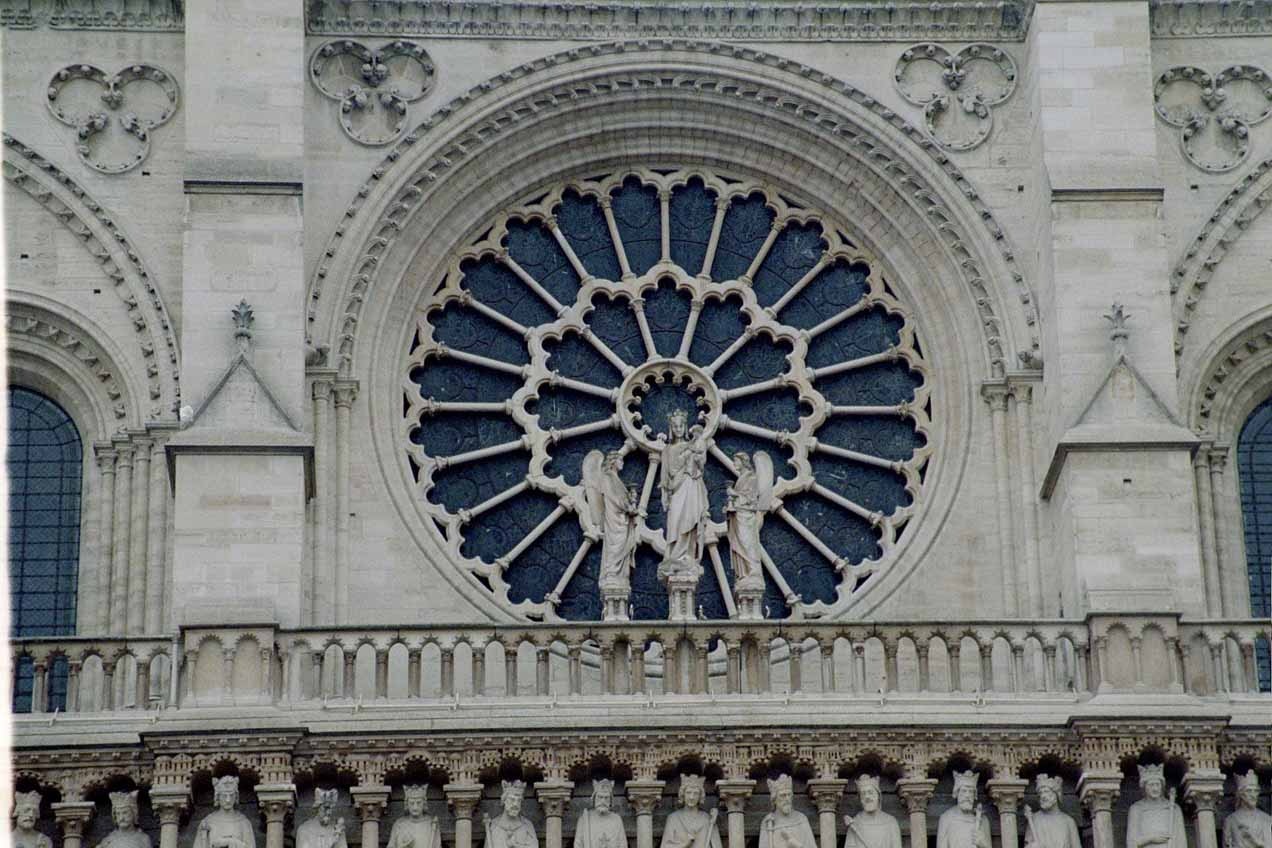 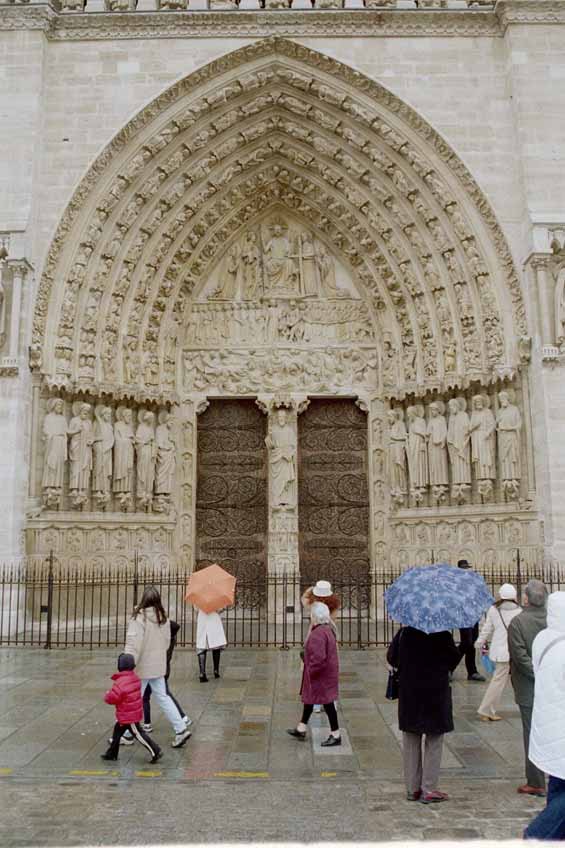 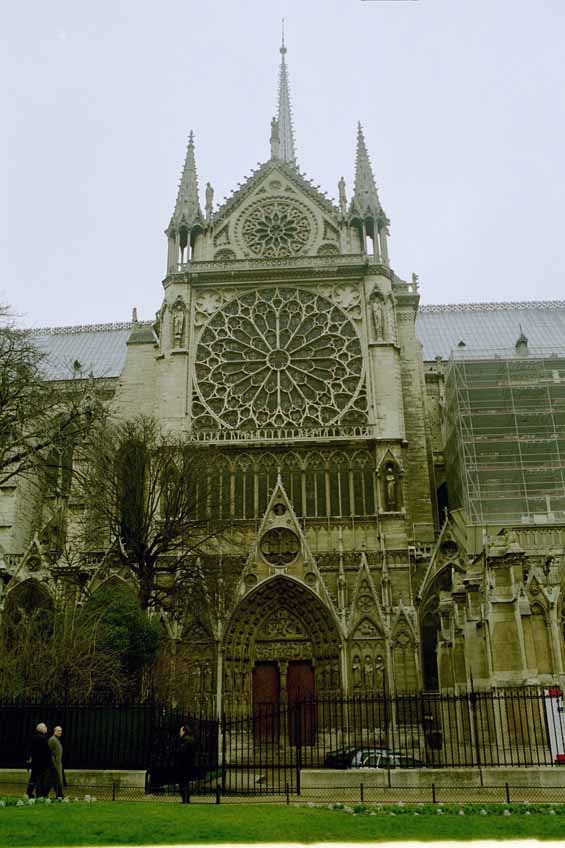 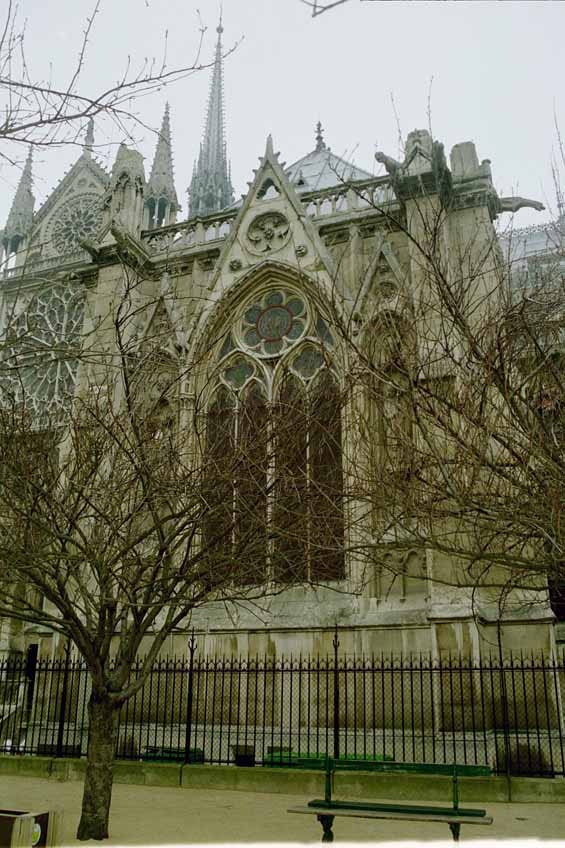 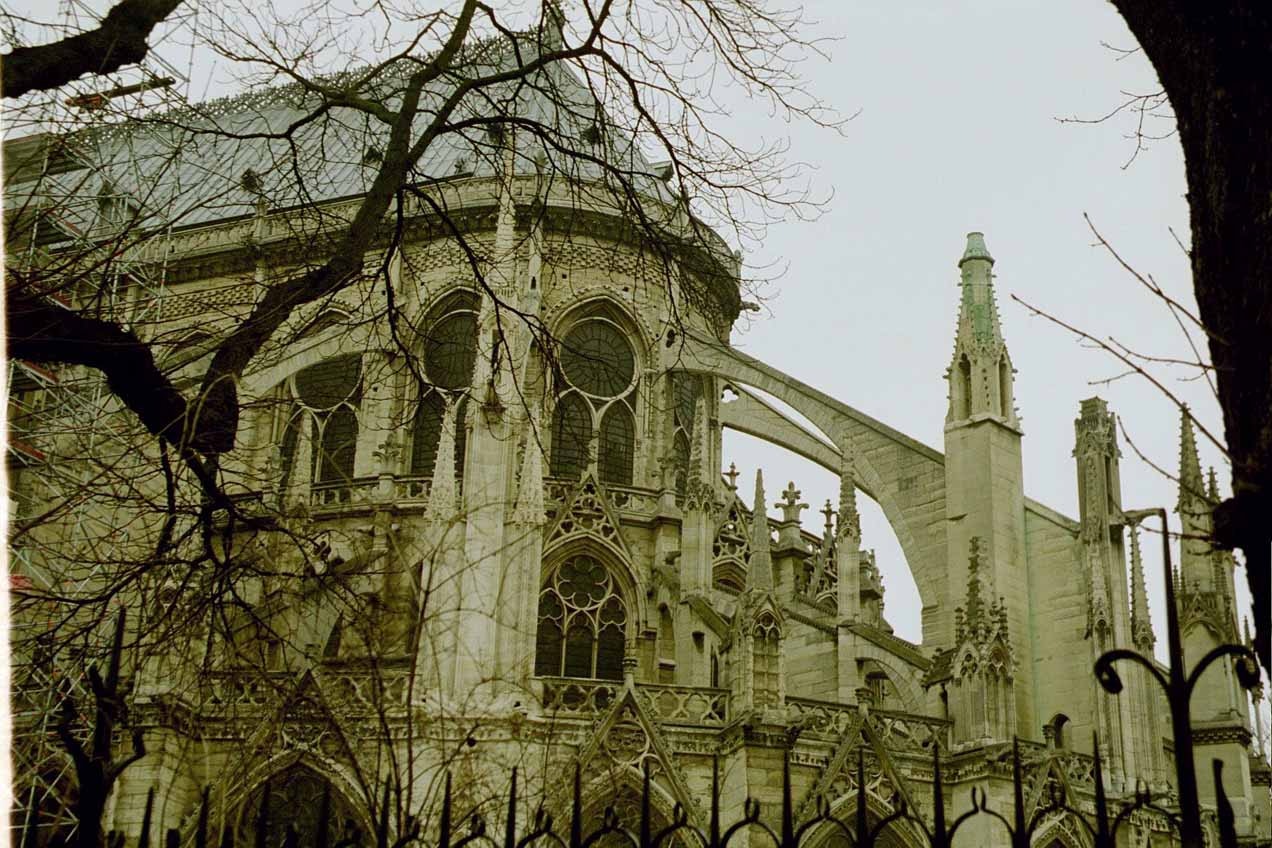 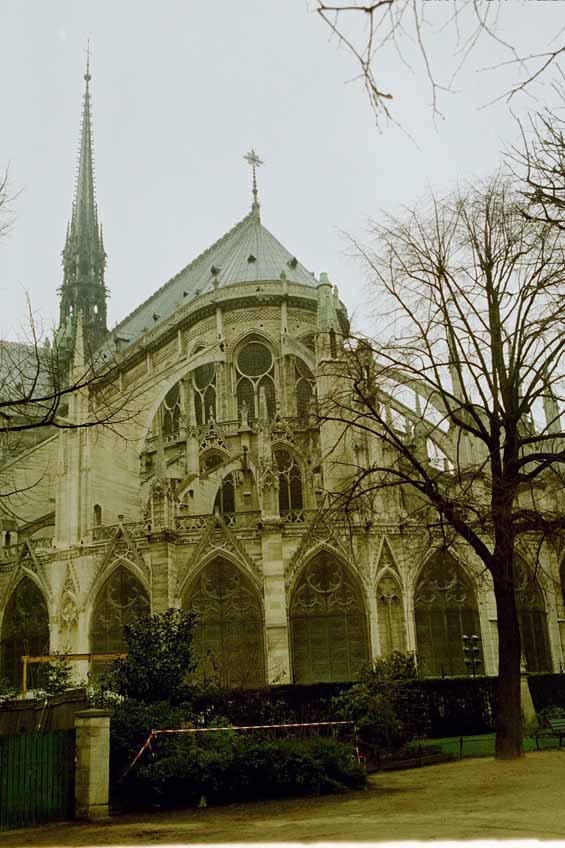 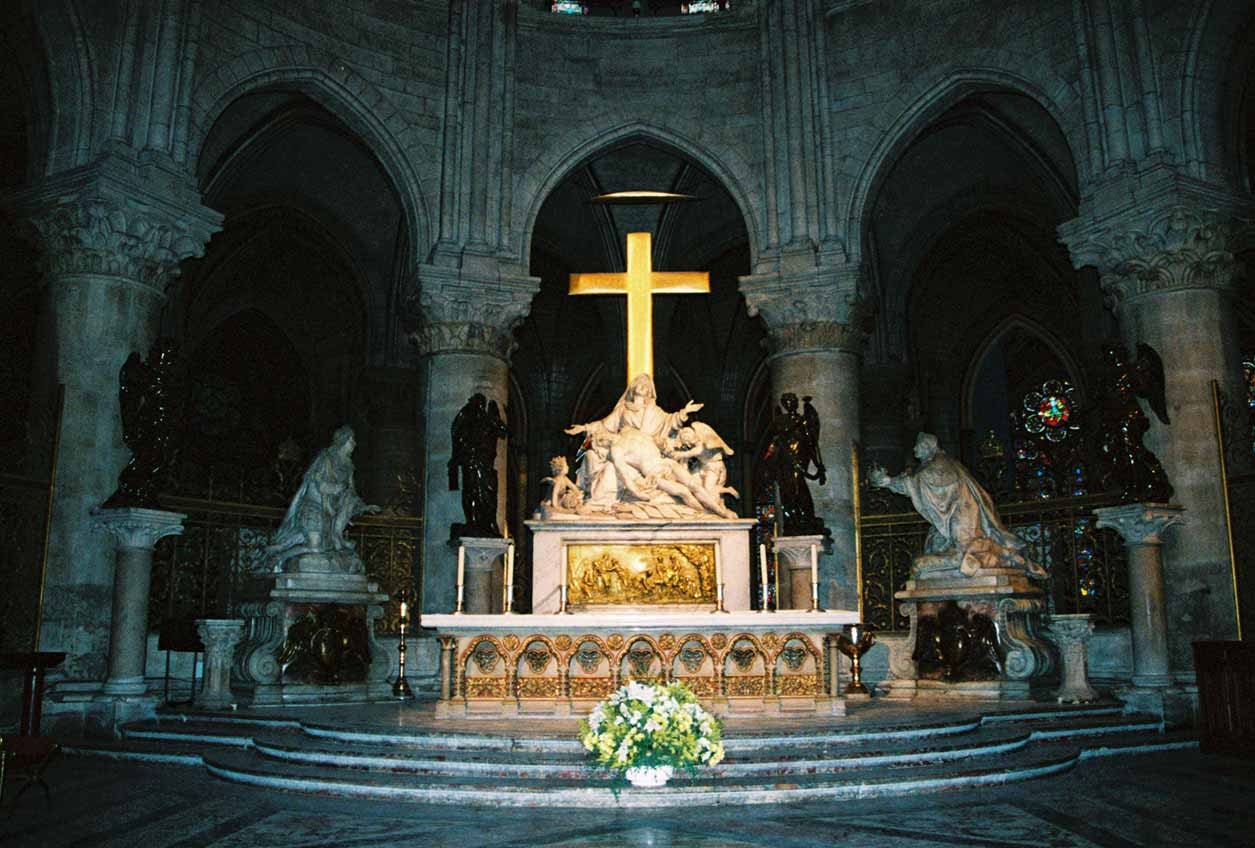 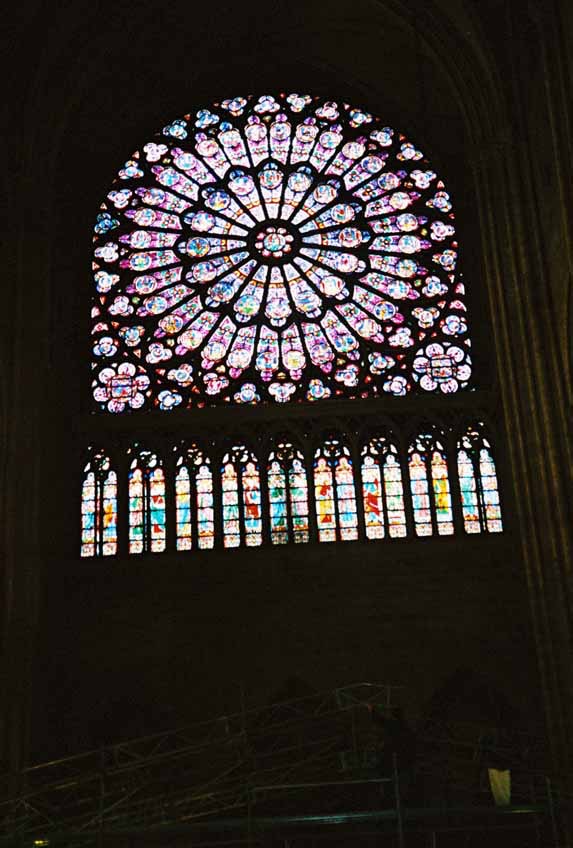 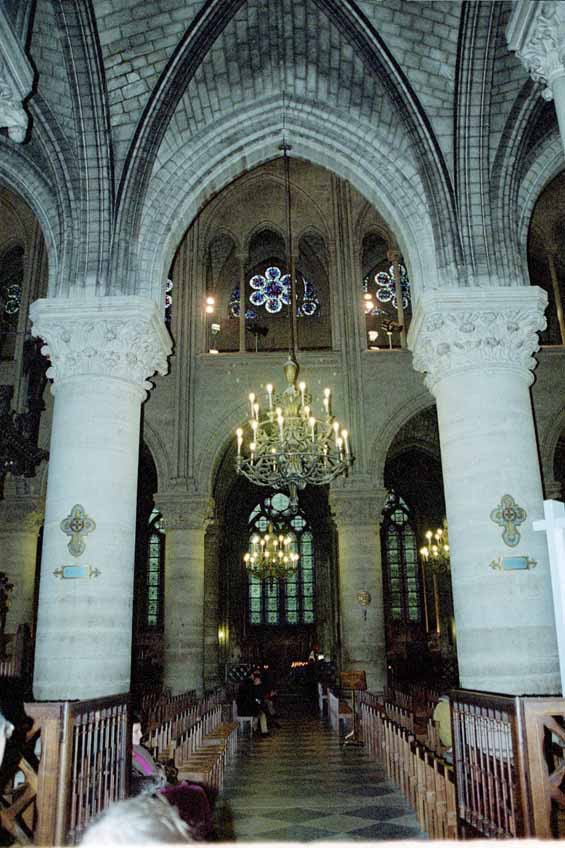 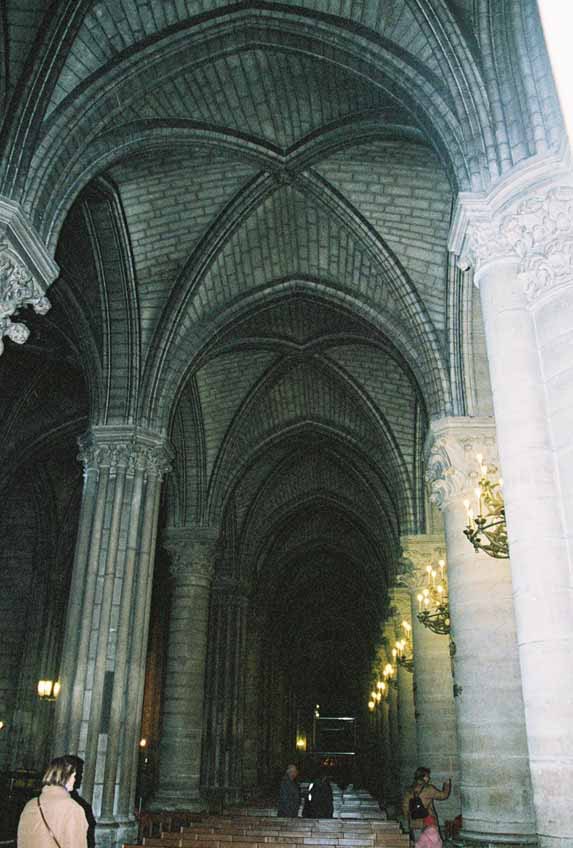 Begun in 1163, Notre Dame took nearly two centuries to complete, if anything so enormous and intricate can ever truly be complete. They began with the Choir, next the Nave and Aisles, and finally the Western Façade was finished in about 1200. In 1250, the façade of the North arm of the Transept was completed, and its twin on the south side followed not too long thereafter. Work continued until 1345.

It has survived multiple architects and contractors, fire, the elements, and desecration during the French Revolution. The Cathedral’s renown was sealed in 1831 when Victor Hugo published “The Hunchback of Notre Dame.” Inspired by the tale, the architect Eugene Emmanuel Violet-le-Duc undertook a definitive restoration that took 20 years.

For all its French Gothic detail and ornamentation, the building’s grandeur is drawn largely, I believe, from the simplicity of its monochrome coloring and materials. The limestone was drawn, sustainably enough, from local quarries. A 100-year lifetime for a building today is called sustainable. Notre Dame was built to be eternal and who is to say it won’t make it? All of the classic Gothic elements are on parade: ogee archways, ribbed vaults, those flying buttresses (some stolid but others quite moderne in shape and sweep), the rose windows, the ornately crafted spires, and the battalion of Gargoyles on high guarding the Cathedral.

Like the materials, the form is straightforward and dignified: the west facades divided vertically by pilasters into three parts and horizontally by galleries into three sections. Above this main entrance is the great rose window, 10 meters in diameter, which was created in the 13th century and restored in the 18th. The central portal is adorned with “The Last Judgment” carved out of the stone. As the dead emerge from their tombs, the Archangel Michael is weighing their souls and determining their ultimate destination. It is a stark depiction of what motivated people to build such a colossal – almost inconceivable by today’s standards – monument, this portal to a world which they had never seen and could barely imagine: it was a matter of life or eternal agony.

I find it difficult to apply contemporary judgment to an earlier time to find fault with their decision to build this enduring piece of divine architecture, however extravagant in a time of near universal hardship. Notre Dame still attracts people – almost certainly more now than when it was young. Some 13 million visitors come each year to worship and marvel at Notre Dame. On high days, as many as 50,000 worshipers confront the mystery of life at this shrine to human selflessness. It was not built for the body, to warm and house and shelter. It was made for the eyes and the soul.