Ocean House: To Save It We Had to Destroy It

More than half a dozen grand hotels once graced the Watch Hill peninsula on the western shore of Rhode Island, but a decade ago only one remained, Ocean House, an aging and ailing wooden behemoth whose top floors had been condemned for years. Odds were increasing that this iconic landmark, its era long past, would soon vanish like the rest. 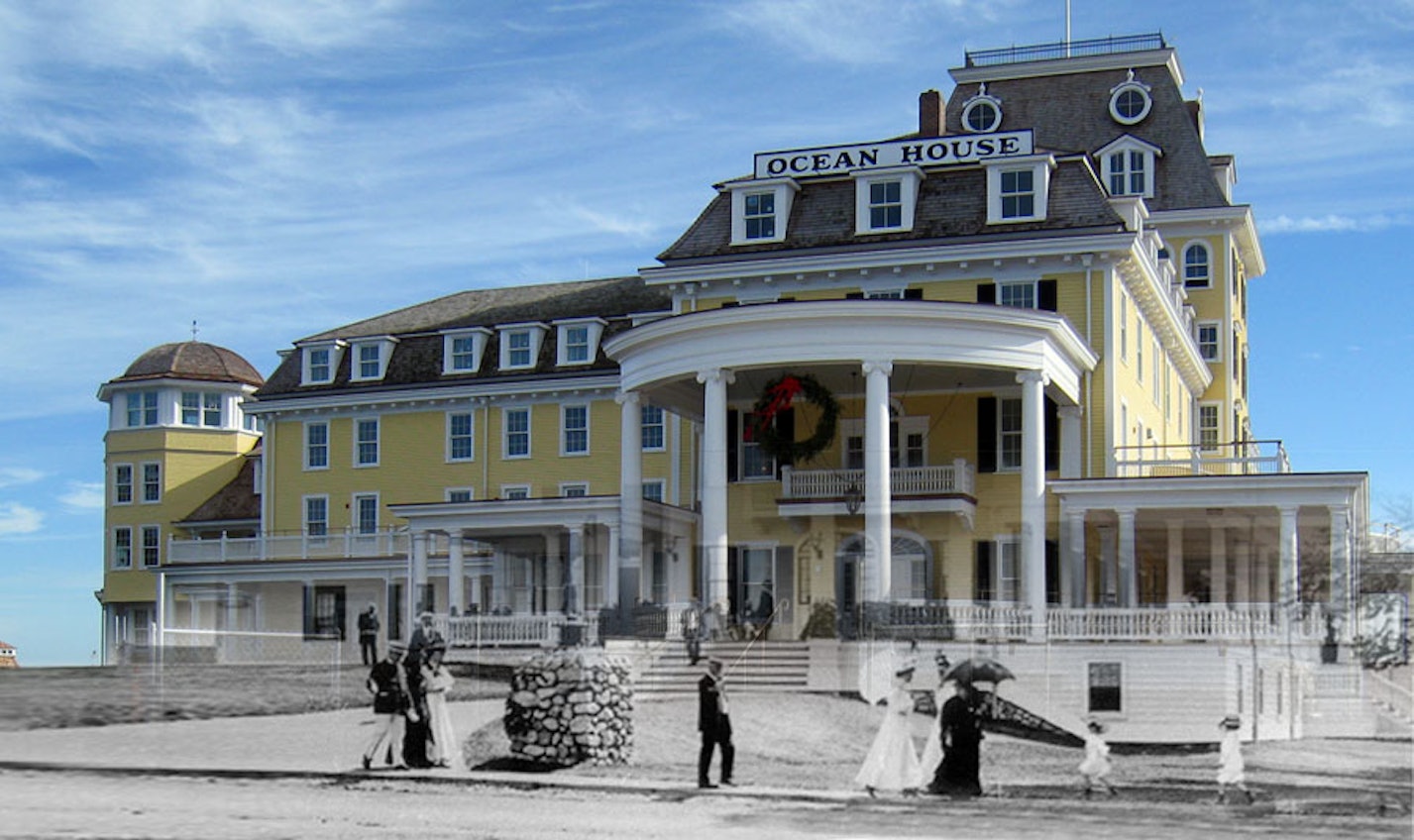 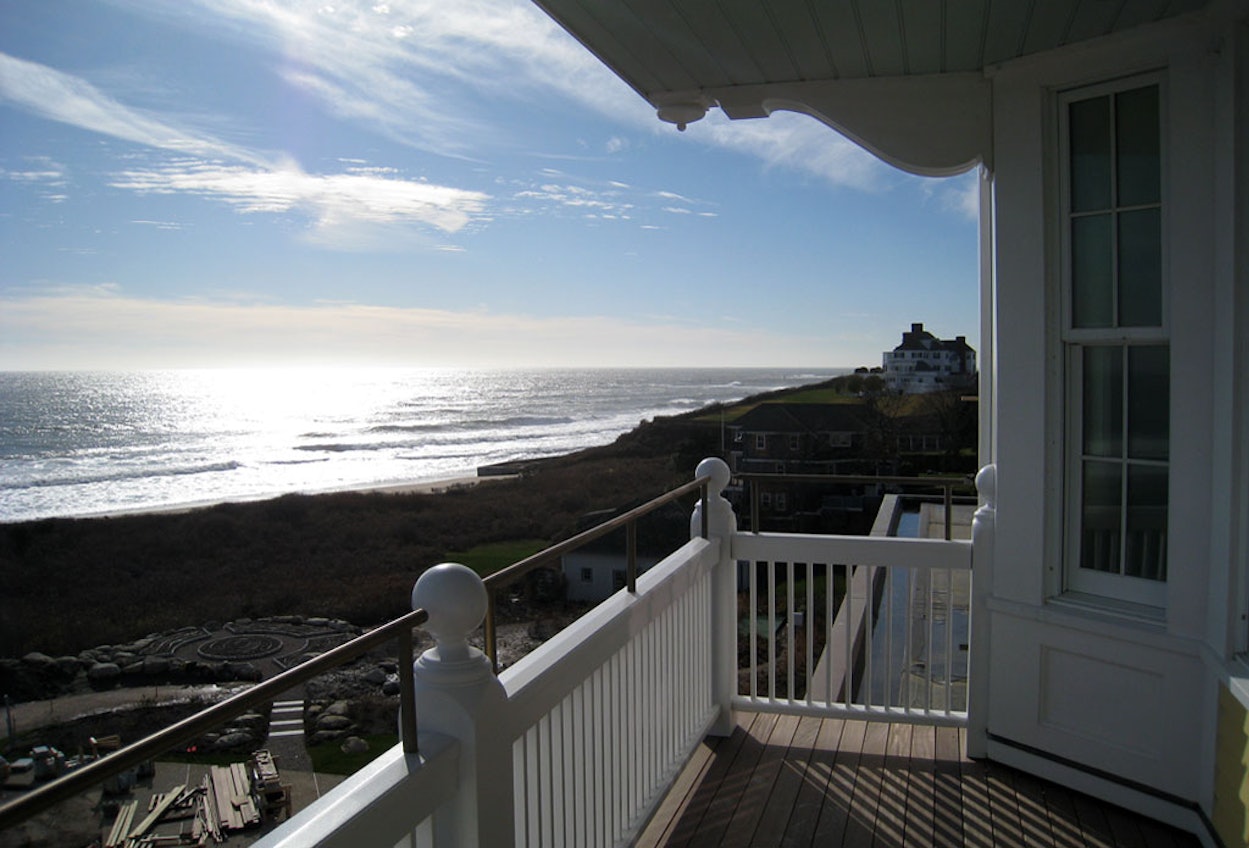 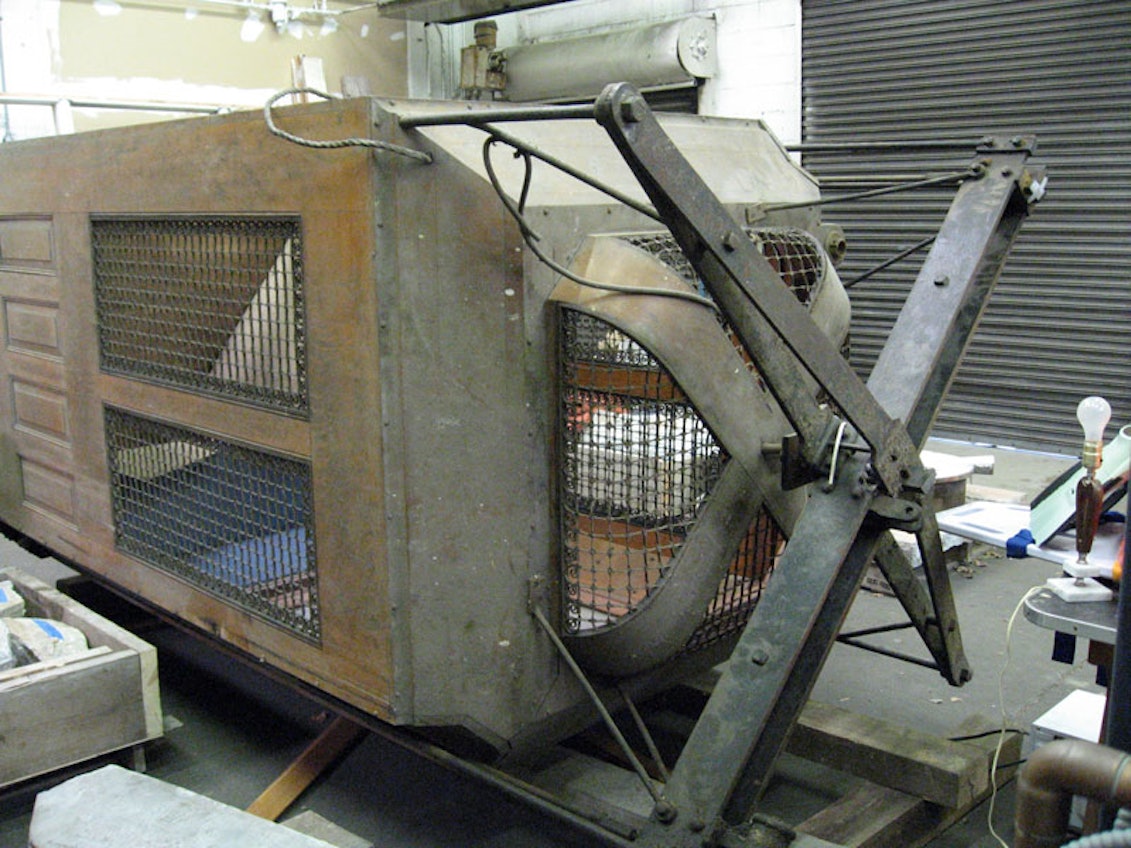 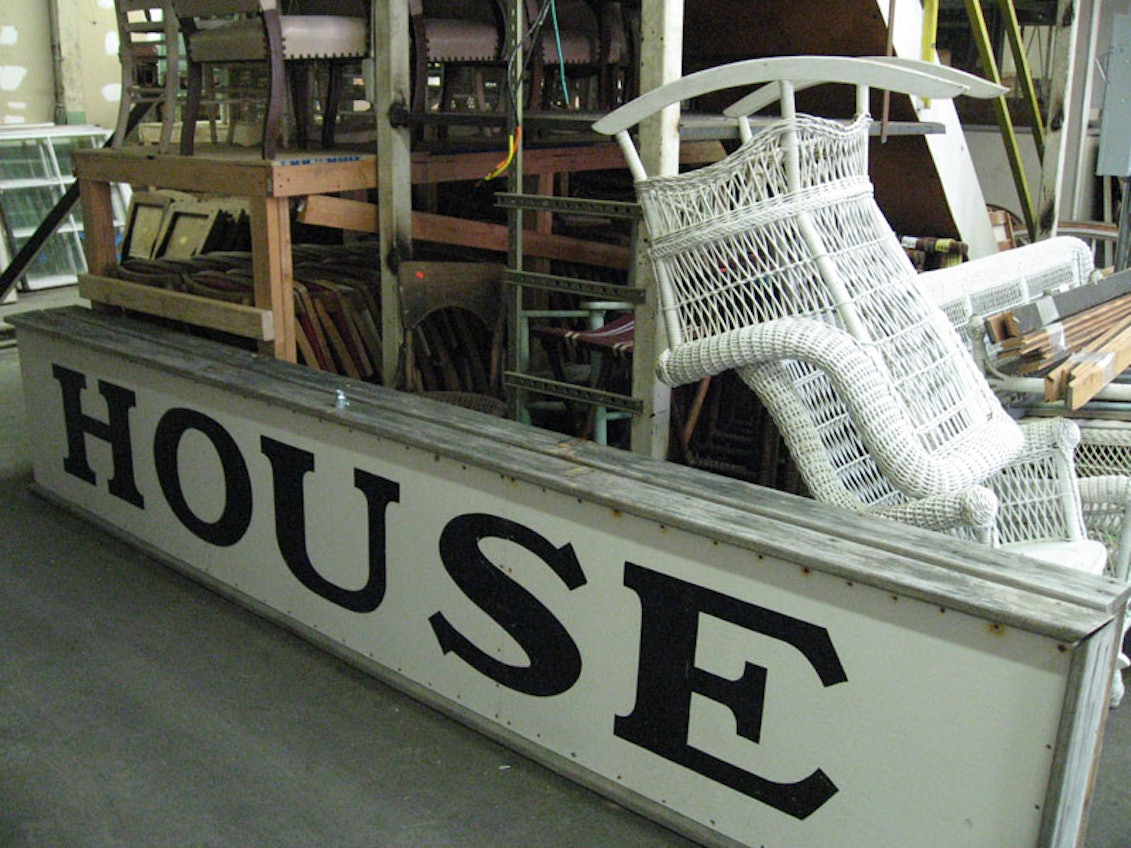 By 2003, bumper stickers around Watch Hill implored “Save Ocean House.” The 1868 renowned, resort, ocean front hotel, where the silent movie “American Aristocracy” starring Douglas Fairbanks, Sr. was filmed, had just closed for good. Its future was manifestly uncertain. If Ocean House was torn down, could a litter of McMansions be far behind?

Seven years later, Ocean House is rising again from the dunes, sporting its familiar soft-yellow coat and a return to the grandeur of its turn of the century heyday. Come late spring, the new hotel, designed by Centerbrook and constructed by Dimeo Construction Co. from Rhode Island, will have 49 hotel rooms, 23 private residences, meeting and events rooms, a club room, a spa with pool and exercise facilities, public bars, restaurants with outdoor decks overlooking thrilling panoramic views of the Atlantic Ocean, and direct access to one of New England’s most beautiful and dramatic ocean front beaches. How matters progressed to this point is an adventurous tale that combines high finance and daring with a “not-your-grandfather’s” approach to preservation.

Chuck Royce, a summer resident of Watch Hill and the moving force behind the project, wanted to preserve Ocean House and hired Centerbrook to evaluate the feasibility of doing so. We determined that in order to save it we had to destroy it, concluding that replication was its only salvation. However, first we had to convince a skeptical historic preservation community that such a drastic step was necessary. We focused on a number of factors, not the least of which were the building’s many insurmountable code violations and the dilapidated condition of the building’s long-neglected and frequently compromised structure. We also had to make the case that simply replicating the last incarnation of the building, which had undergone numerous and often non-felicitous changes throughout its life, would be wrong historically, aesthetically, and functionally. Instead, we argued, we should return to the Ocean House of 1908, indisputably its heyday.

To some, preservation of Ocean House meant saving the building exactly as it was when we started the project, even if it meant taking down whole sections of the building, restoring them and replacing them exactly as they had been. We countered that a viable Ocean House needed to move economically as well as architecturally into the new century while maintaining a strong foothold in its illustrious past. We also pointed to several highly regarded success stories of historic treasures that had been entirely torn down and replicated rather than restored, most notably The Conservatory of Flowers in San Francisco’s Golden Gate Park. The preservation of Ocean House, we believed, could succeed if historically important aspects that had been lost over time could be resurrected in the new Ocean House alongside many of the appealing and architecturally important features that had survived the years of cobbled-on additions.

For example, at some point after 1908, the Ocean House’s signature Mansard roof on its tower had been replaced with a simple hipped roof for the purpose, we had been told, of accommodating a new invention inside, a mechanical elevator by Otis. Its once broad and iconic crown, with a widow’s walk top, had sadly vanished. But in Royce’s project, as we salvaged key features from the building we tore down, such as fan light windows and doors, a memorable fireplace stone by stone, an oak paneled elevator, and a well worn and beloved reception desk, and as we replicated other features exactly from molds and measurements we had painstakingly recorded, we also brought the original Mansard roof of the tower back to life in all its atavistic grandeur.

To further make the replication as authentic as possible, we built those parts of the building located down at grade level, where close inspection by the hands and eyes of guests and visitors would occur, out of wood that would show over time desirable effects of aging, rather than of more durable, state of the art, synthetic materials.

A strict preservation of the building as we found it would have doomed the project. The exigencies of shoreline wind and rain, and new building code requirements, imposed in the wake of Hurricane Andrew, alone were strong arguments against the literal approach to saving Ocean House. To those who lamented “But it won’t be the same building,” others countered with, “Ocean House always underwent additions, demolitions, renovations, modernizations and was never really ‘the same building’ all along.”

When it opens this June, the grand hotel will be bigger than it was by some 50,000 square feet (152,660 square feet in all) in order to simply meet the requirements of modern day support facilities such as kitchens, loading docks, mechanical rooms, exit stairs, staff facilities, and a spa. However, while it is larger in area than before, it was designed to be smaller in appearance. This slight of hand was achieved by building much of the new building underground and into the hillside, out of view from the street and neighboring properties. The design also melds needed modern amenities with the cherished charms of yesteryear and includes two new wings extending out from the replicated “historic kernel. These wings form an enclave that shields the neighboring houses from the commotion of hotel activities. The wings are in keeping architecturally with the historic building while embodying certain modern strivings of their own.

One review is already in: A summer visitor who had been away for a few years stopped by the site and exclaimed, “I thought they were going to tear it down!”