CENTERBROOK, Conn. – The Providence Preservation Society has honored The Pavilion at Grace with a 2019 Preservation Award.

Designed by Centerbrook Architects & Planners, The Pavilion at Grace is a new 12,000-square-foot gathering and event space for the historic Grace Episcopal Church in downtown Providence, Rhode Island. 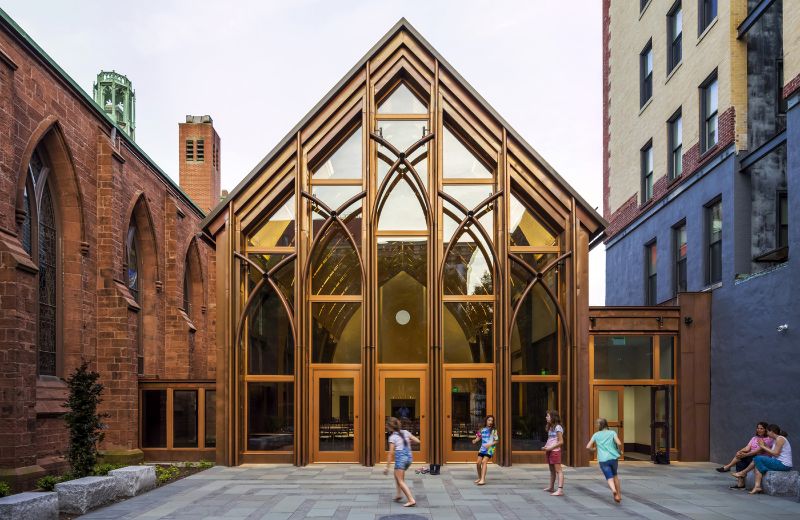 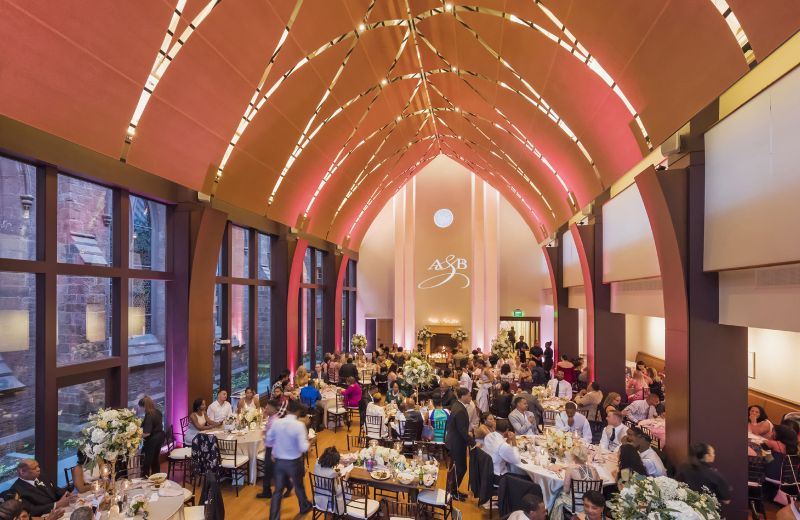 Grace Church sought a new building to expand its programming capabilities and strengthen its connection with the community. Since opening in the fall of 2017, The Pavilion at Grace has hosted an array of gatherings, including weddings and receptions, political forums, college alumni events, and club meetings, to name a few.

The Pavilion at Grace was one of eight projects recognized by the awards jury, which had this to say about the design:

“Excellent addition by Centerbrook Architects & Planners to Grace Episcopal Church, which was designed by Richard Upjohn and built in 1845. The Pavilion creates a social space visually open to the community with support rooms and an outdoor garden, terrace, and stone maze. The jury found the elegant copper-clad addition to be appropriately deferential in its tone and texture to the Gothic revival brownstone church.”

The awards ceremony took place on Nov. 21 at the Providence Public Library. The Pavilion at Grace was one of two new construction projects honored by the Providence Preservation Society, which advocates for thoughtful design and planning of new and adaptive reuse projects in addition to its historic preservation efforts.

The Pavilion at Grace previously received a 2018 Religious Art & Architecture Design Award by the American Institute of Architects and Faith & Form magazine. It was one of only seven projects worldwide to be so recognized.