The headline above could reference brand new edifices that preternaturally swoop and sway, hither and thither, as if a tornado had been an integral part of the design team. Or perhaps the “Orange Cube,” a commercial apparition in Lyon, France that appears to be a giant pumpkin-carving project gone awry (it’s actually more fun than frightening). 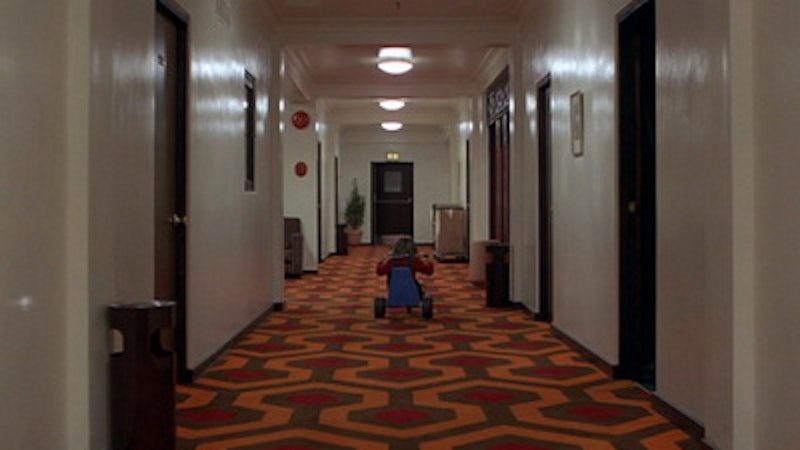 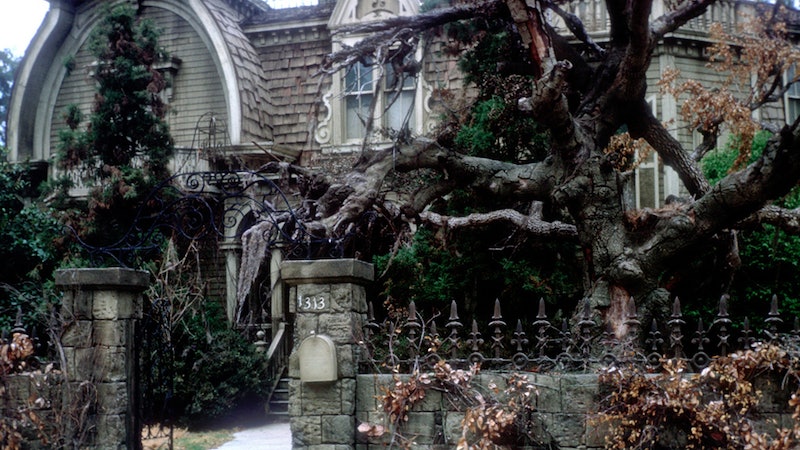 Munster Mansion, “The Munsters”: Sitting in front of a black and white TV as a kid, scared out of my mind by the music and the crows flying out of the front door. – Chris Hill

But, no, I am writing about a classic residence that literally was as scary as the horror movie it starred in. Alfred Hitchcock’s “Psycho” came out in the summer of 1960, when I was 10 years old. Our parents refused to take us to such a disturbing film, so my older brother Steve and I skimmed some cash from our paper route earnings and rode our bikes to the Madison Theater for a matinee.

I was terrified that the man would not let us in, but equally terrified when he did. Ratings had yet to be invented.

Before the movie’s famous shower scene set my personal hygiene back almost a decade, the image of that gloomy, looming Victorian, perched high above the Bates Motel, made my heart race. I knew nothing about architecture, but I understood that this movie was not going to end well. It was only a matter of time. Indeed, the plot broke new ground in its lack of respect for sympathetic and exceedingly attractive lead characters. 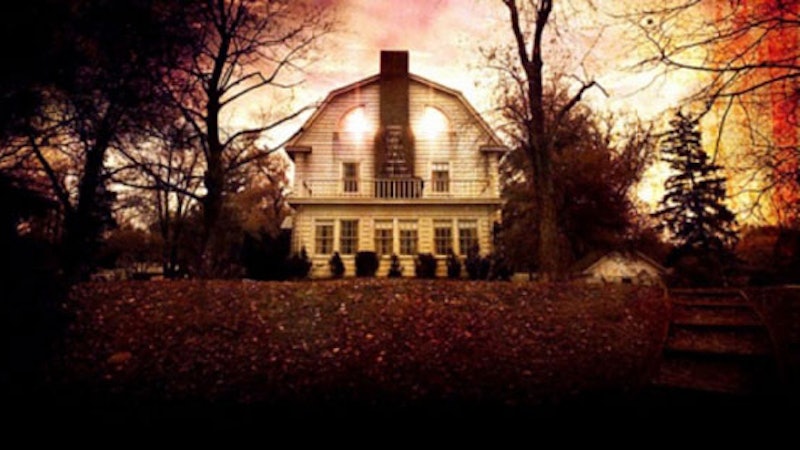 112 Ocean Avenue, Amityville, NY: It’s a common Dutch Colonial style house, but the haunting story, and the way this particular house is always pictured with the windows on either side of the chimney lit up like evil, knowing, and glowing eyes is what terrifies me. – Katie Roden 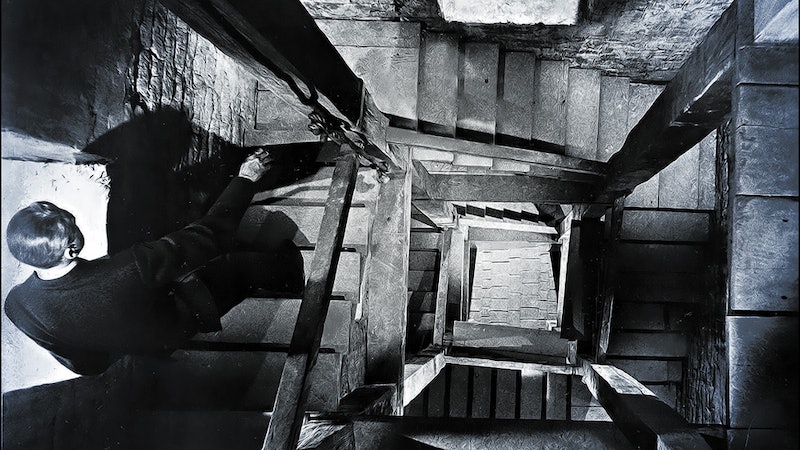 Mission Bell Tower, “Vertigo”: Another Hitchcock classic. The movie wasn’t scary, but it makes me scared of heights just looking at Jimmy Stewart on those stairs. – Derek Hayn

Hitchcock called the house where Norman Bates and his mother lived “California Gothic” or “California Gingerbread.” Castle Frankenstein had nothing on its brooding, ornate, proud, tumbledown façade. It was actually more veneer than dwelling: the interior scenes were shot elsewhere. Norman may have been creepy and disturbing, but at least he could make small talk. There was no communicating with that house. It spoke and you listened. What it said was: “Are you looking at me? Well, don’t. And stay away, stay far, far away!” When characters ignored that clear warning, it was time to get some more popcorn.

Growing up, there were houses like that in our neighborhood, and none of the kids approached them, even on Halloween. One half-built monstrosity clad only in tattered tarpaper was known as the “Death House” for obscure but eminently believable reasons. They have all long since been gentrified. 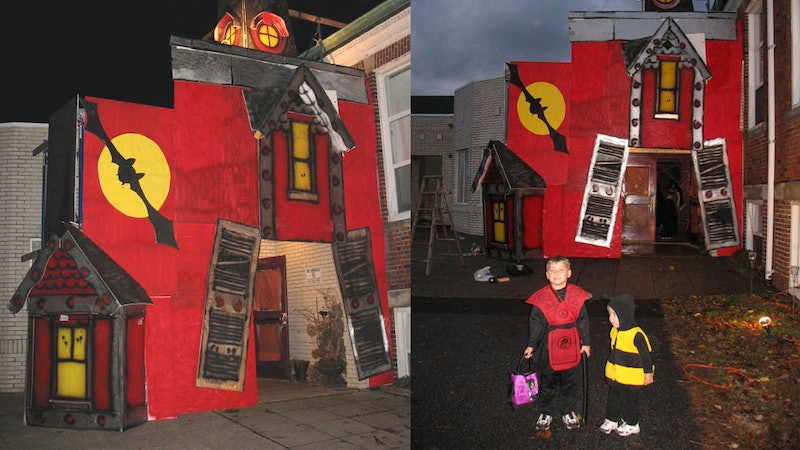 Wick Manor: One of many installations I created for my children’s elementary school Halloween parties. Lots of foam core – scary! – Mark Herter

If corporations are people, as some aver, then I submit that buildings can be movie stars. Here are some examples from films that may have traumatized you at some point during your formative years. They should have been listed in the opening credits.