Taking the Stage to Architecture

In college I was bitten by the theater bug. I found that acting was not only fun but it helped build my self-confidence speaking in front of people. I spent hours at the Yale Dramat and came to marvel at the magic that student stage and scene designers conjured for each new production by simply reading the script and applying their imagination. The designers were left remarkably alone to create illusions with bits of canvas, paint, and whatnot.

Set designers like the brilliant John Jacobsen, who later would found White Oak Design and do major theater and museum design work, created complex environments that not only reflected the proper mood and milieu of the action, but also were critical to how the director could deploy the cast. Dramatic movement of actors, nearly as important as their lines in some cases, depended on how the stage was configured and outfitted, where the doors, windows, furniture, steps, and heather were located. Without a proper, well appointed heath, the impact of King Lear’s rage would be a much diminished thing. There are no firm directions, however, on how to construct a stormy heath. 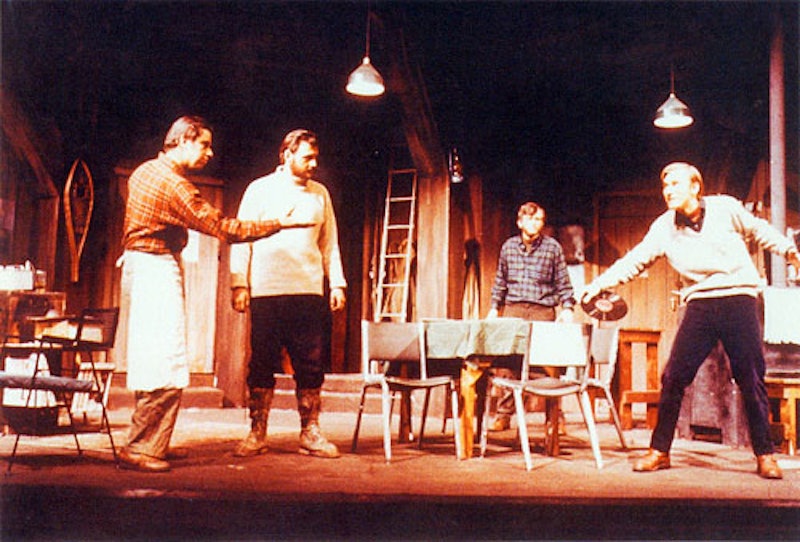 Set of "Breaking Point," designed by John Jacobsen, with Chad Floyd at right. 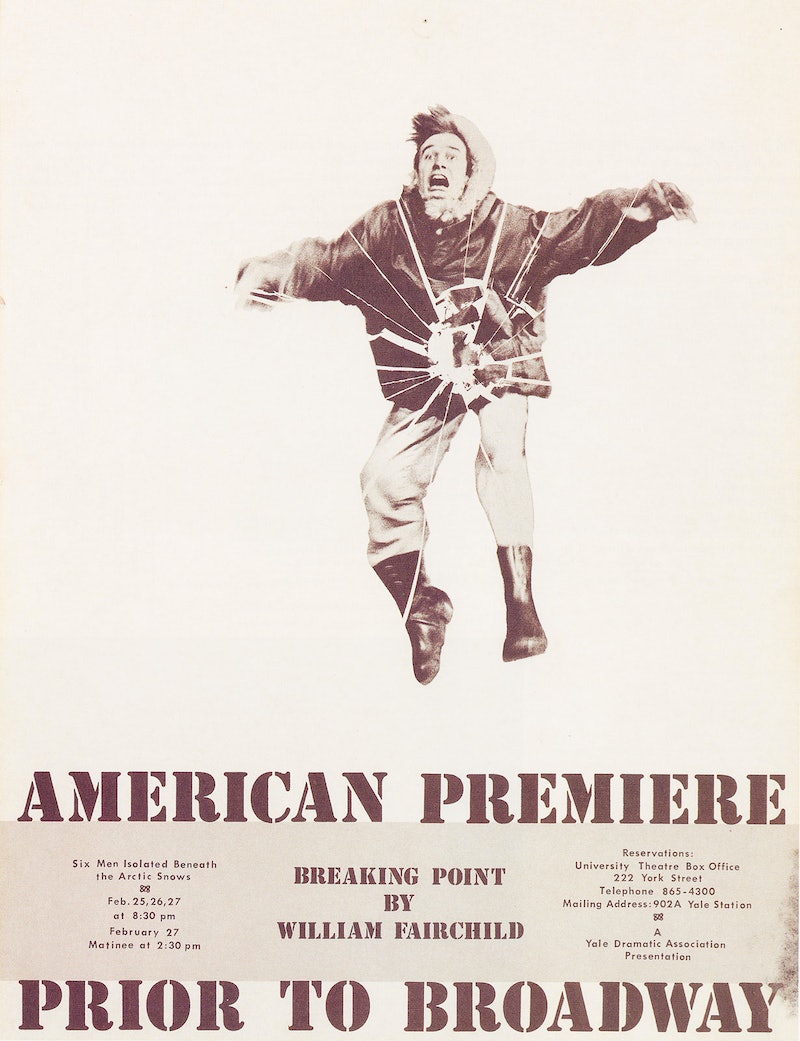 The interplay between the characters and the set has implications for dramatic motivation as well as movement, and the designer goes first – and therefore has to anticipate what the director will want and need. While I was pouring over my lines, it was a mystery to me how they accomplished all this. But I would soon gravitate toward the scenery and lighting end of things, and I learned the secret: they charted the action in detail, one scene overlaying the next, until the sum total of demands upon the set were fully understood. Their flights of creativity had to be firmly rooted in exigencies of the written word and the plot.

And every play demanded distinct approaches. There was no stock set design that could be used over and over again. I watched the great Eugene Lee, who would graduate to Broadway fame, do a madcap production of “Death of Doctor Faust “ and somehow follow that up with a stark, geometric set for “The Country Wife.” How he pulled this off baffled me. I was being taught in my art history courses that artists evolved incrementally, eventually acquiring a signature, congealing style that screamed their name when you saw it. Eugene Lee was an artist of an entirely different hue. His work was startling and unpredictable but he was invisible in it. It was first and foremost responsive to the needs of a script that he had studied and charted assiduously. After all, as the Bard himself once opined, the play’s the thing.

It is an approach I have come to appreciate as an architect. Every building, every client, is like a new script to which imagination and design must be bent (instead of the alternative). If the needs of inhabitants are fully charted, and deeply respected, they will lead naturally to surprises, and no two projects will be alike. It’s maddening to those who look for a consistent style but liberating to the artist within, and I have found that to be an exciting thing.