Anyone who has remodeled a bathroom, or even a broom closet, knows that building projects tend not to proceed as planned. Surprises are common, and the work can take longer and cost more than expected – if one is not vigilant. Even when the execution goes smoothly, sometimes the basic concept is flawed: for example, the outdoor hot tub that nobody uses after the first month due to the resident black fly population and the astronomical electric bill.

Things didn’t go exactly as planned with the Center for Community (C4C) at the University of Colorado, Boulder, which is home to nearly 30,000 students. At more than 300,000 square feet, the new building is much larger than a broom closet and was designed to foster community on a sprawling campus among students, faculty and staff, and even individuals from the surrounding towns. That was the plan, anyway. 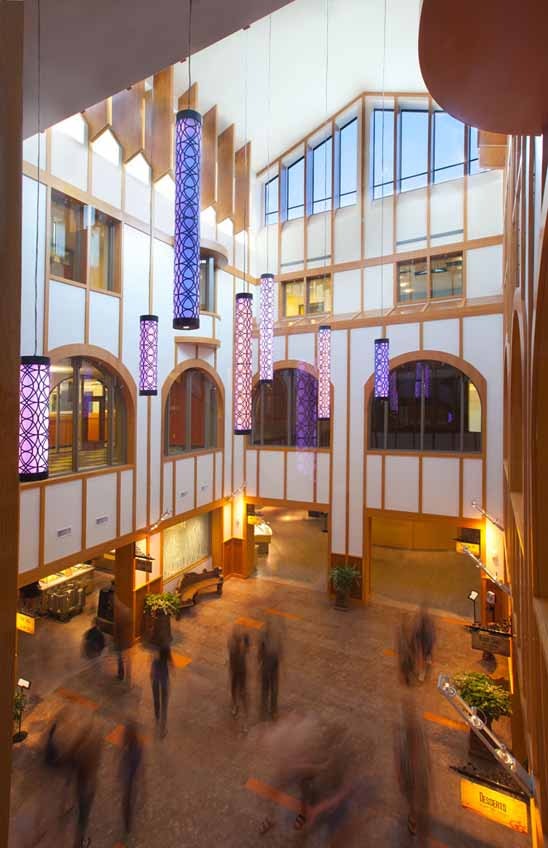 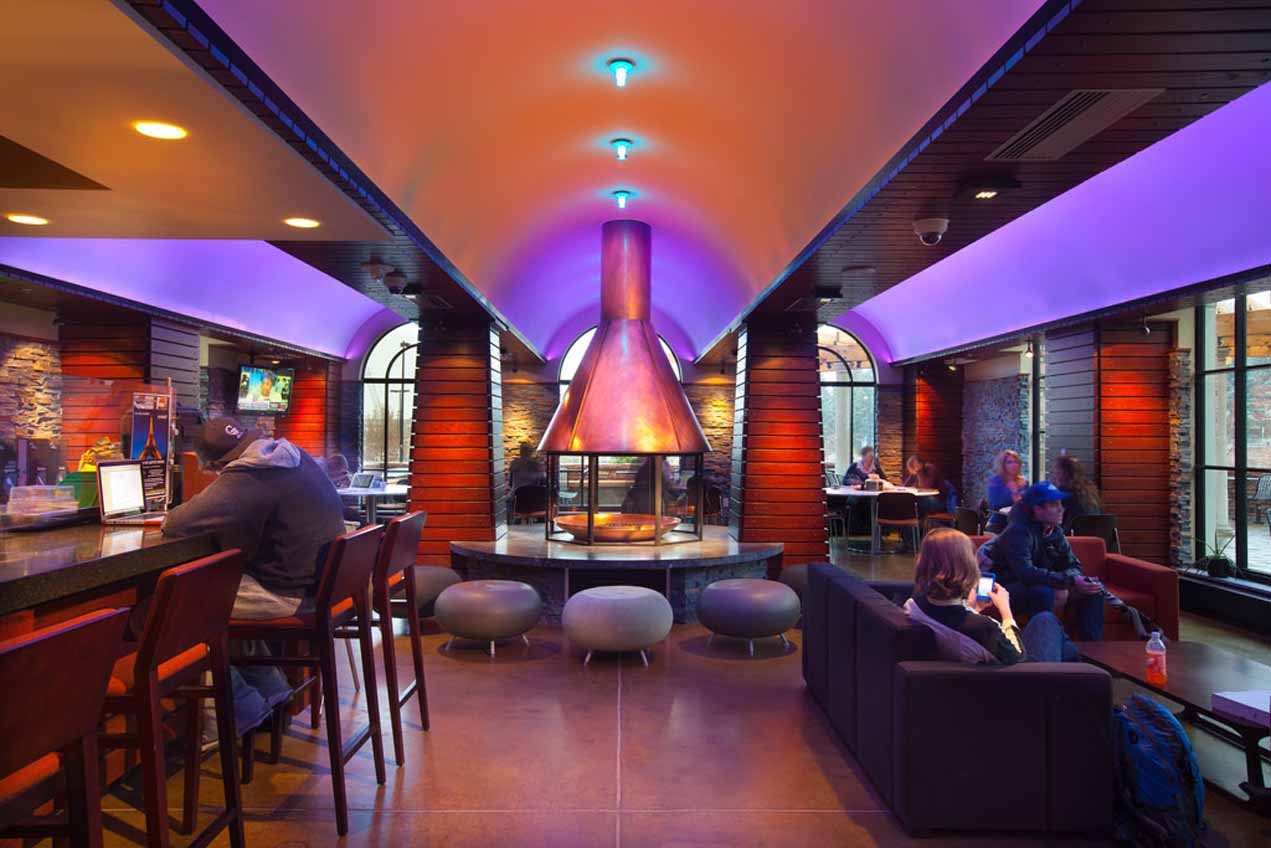 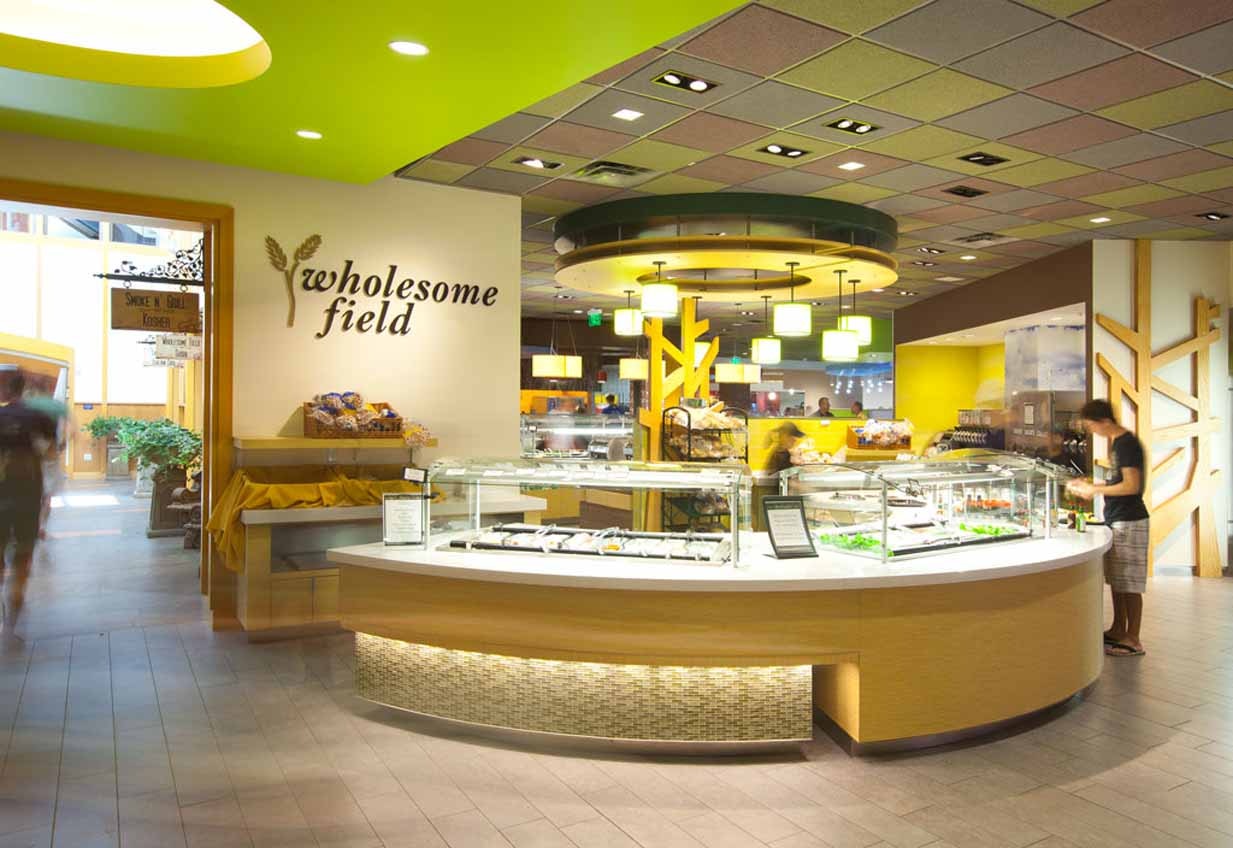 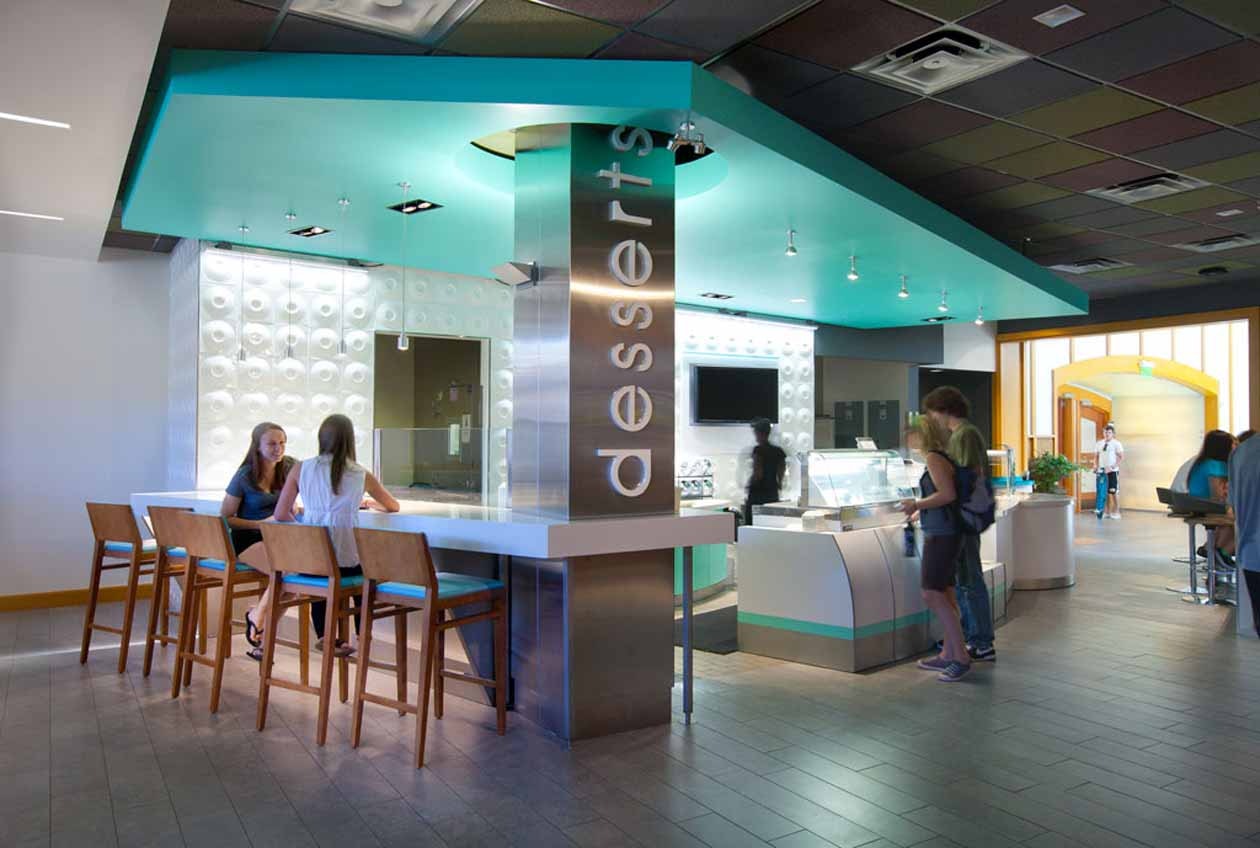 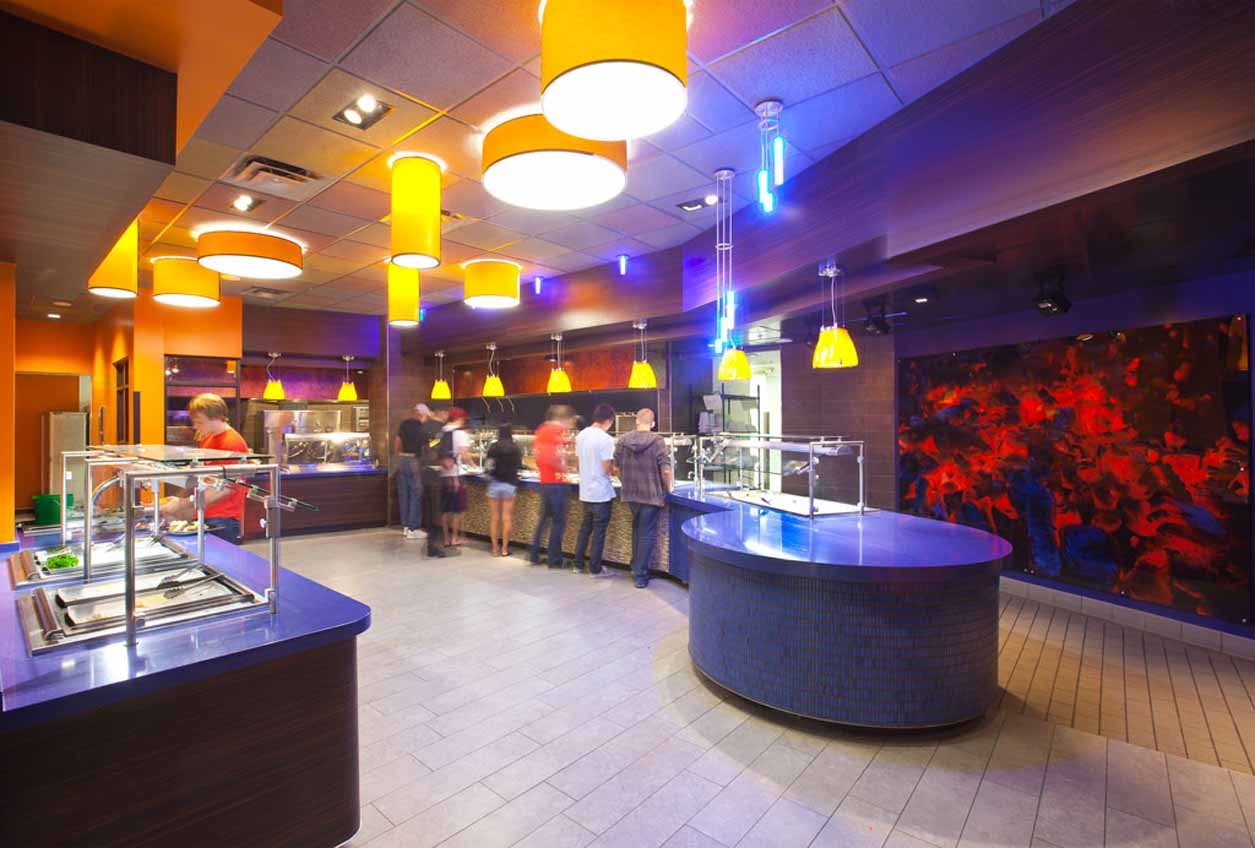 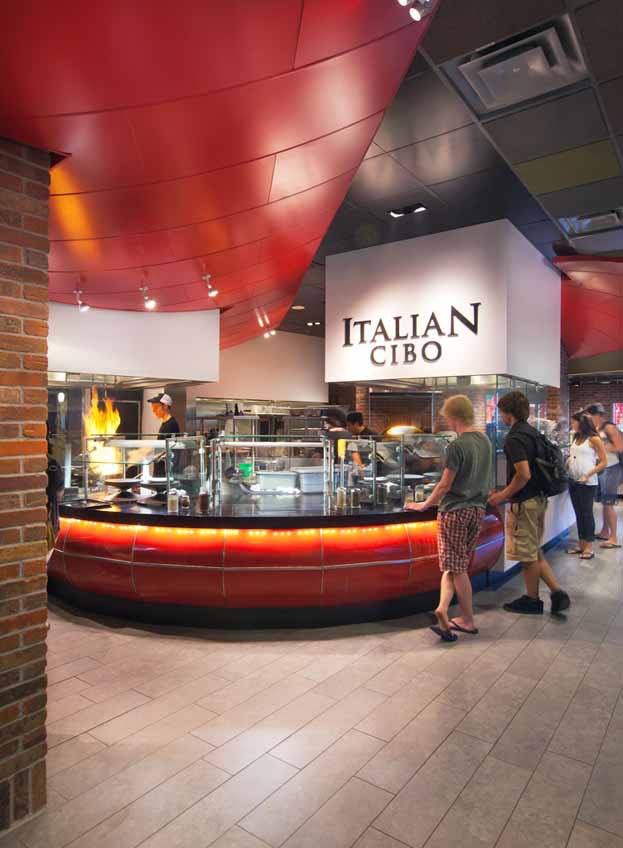 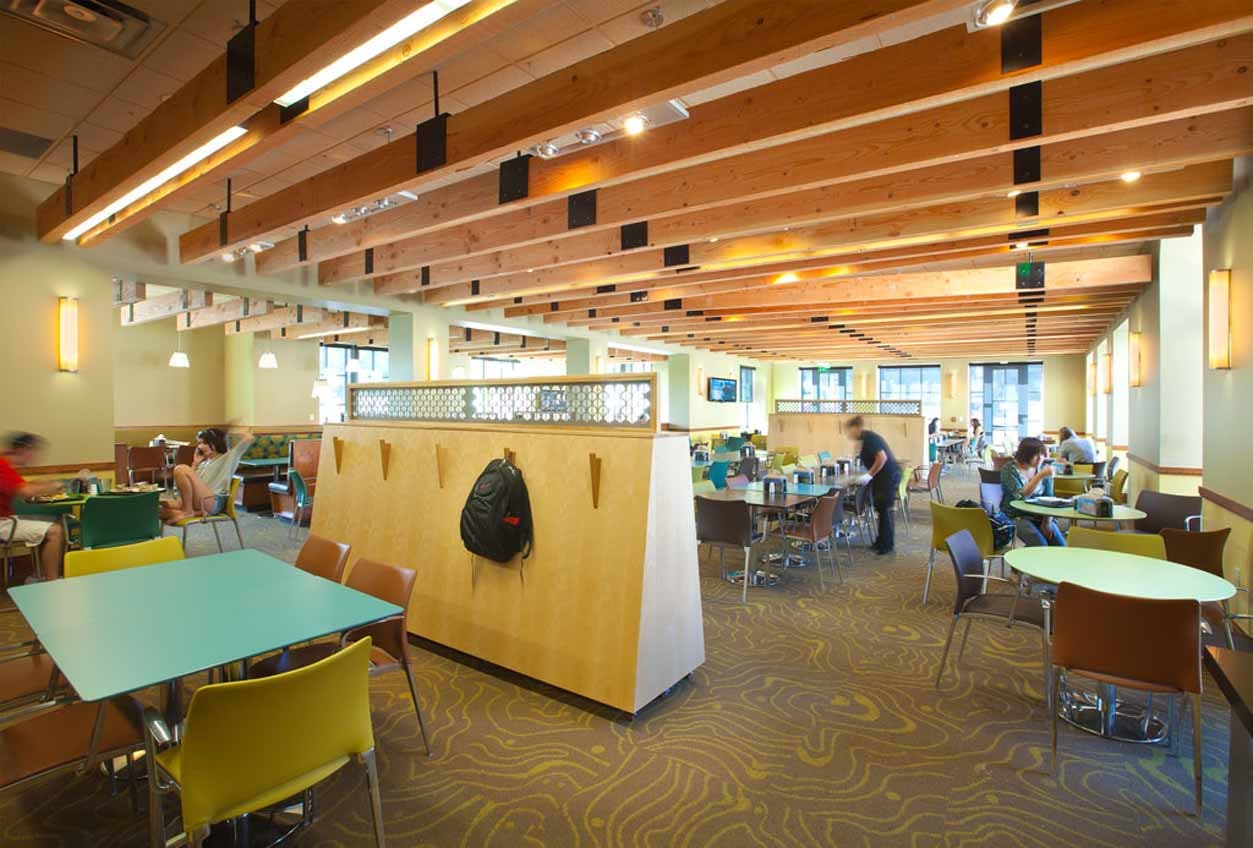 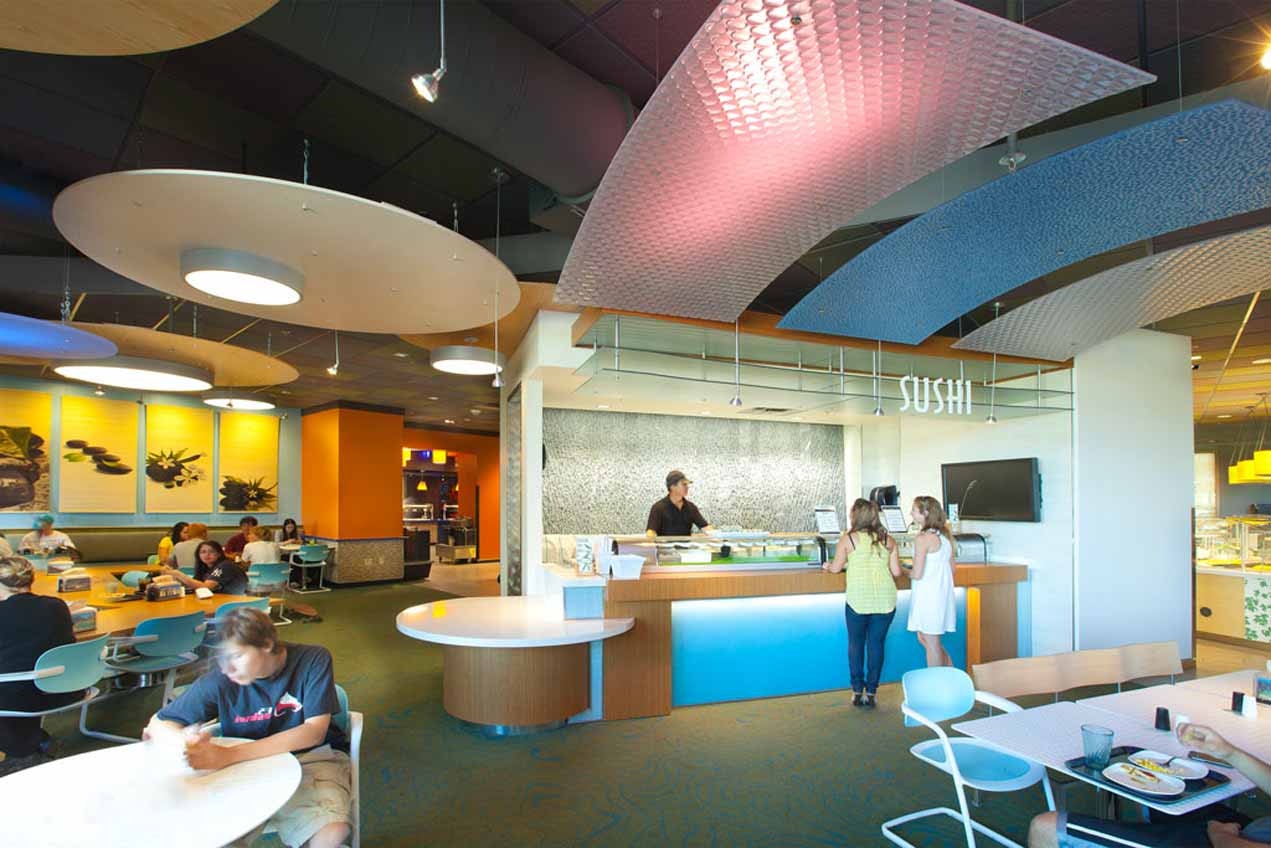 The site was chosen strategically at a busy nexus between student residence halls and classroom buildings, and all 12 student services departments would be consolidated there. The plans called for a dozen riotously diverse food offerings, highlighted by nine distinct Micro Restaurants, such as Persian Ghaza, Italian Cibo, and Asian Shi Pin. In aggregate, they represent the largest restaurant in the state. Administrative offices, meeting rooms, a commissary for other food outlets on campus, and a 367-car underground parking garage also were to be part of the project.

It was an ambitious plan, so much so that well into design it was determined that it could and should be bigger – by some 30,000 square feet – to maximize the use of the site (some background: because the university has limited land remaining for necessary future growth, it makes sense to make the fullest and most efficient use of every suitable site). At such moments, things can get out of hand. But thanks to the latest 3-D design technology, this redesign was done in record time without affecting either the overall design budget or the scheduled completion date. And while additional space did mean some additional cost, the average price per square foot actually declined.

There were other twists and turns along the way. C4C opened last fall, and things did not go as planned.

They went better (surprise) than anticipated. The Micro Restaurants have been a long-running smash hit, serving as many as 6,000 meals a day (as opposed to the anticipated 4,000). Almost a year after opening, they are still averaging well over 5,000 daily, with faculty and staff dining on campus nearly twice as much as they did pre-C4C.

The university also reports that compared to last year: food service productivity is up 12 percent; new revenues have increased more than $600,000; and student satisfaction with campus dining has risen 15 percent. The consolidation of services is continuing: the university recently transformed a multi-purpose room at C4C into a center for student veterans of the armed forces. A large lounge area is currently designated for the Admissions Department’s welcome sessions for prospective students and their parents, bringing as many as 9,000 people a year into the building. Mom and dad can sample the cuisine, admire the view of the Flatiron Mountains, and check into financial aid all in one place.