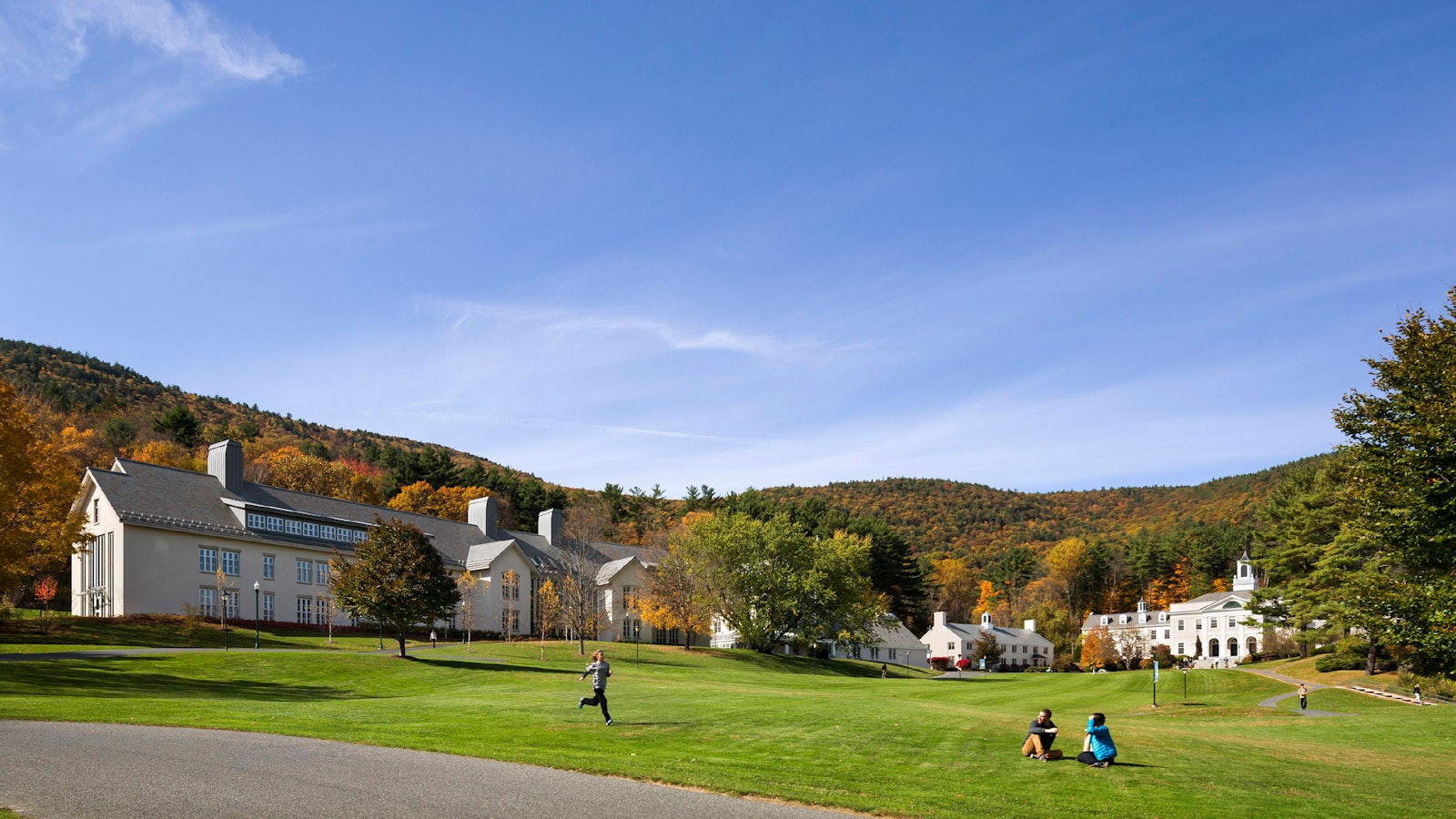 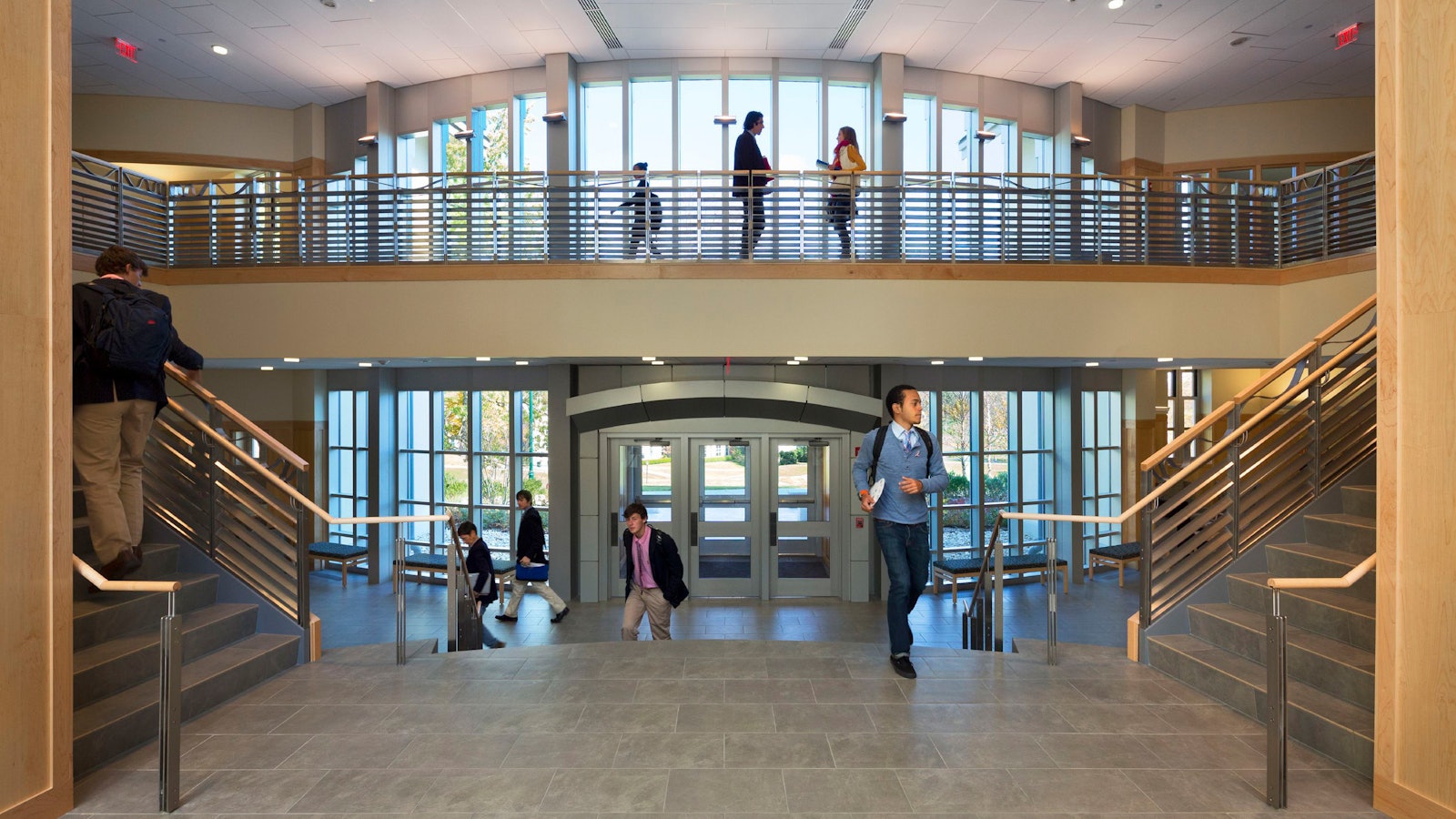 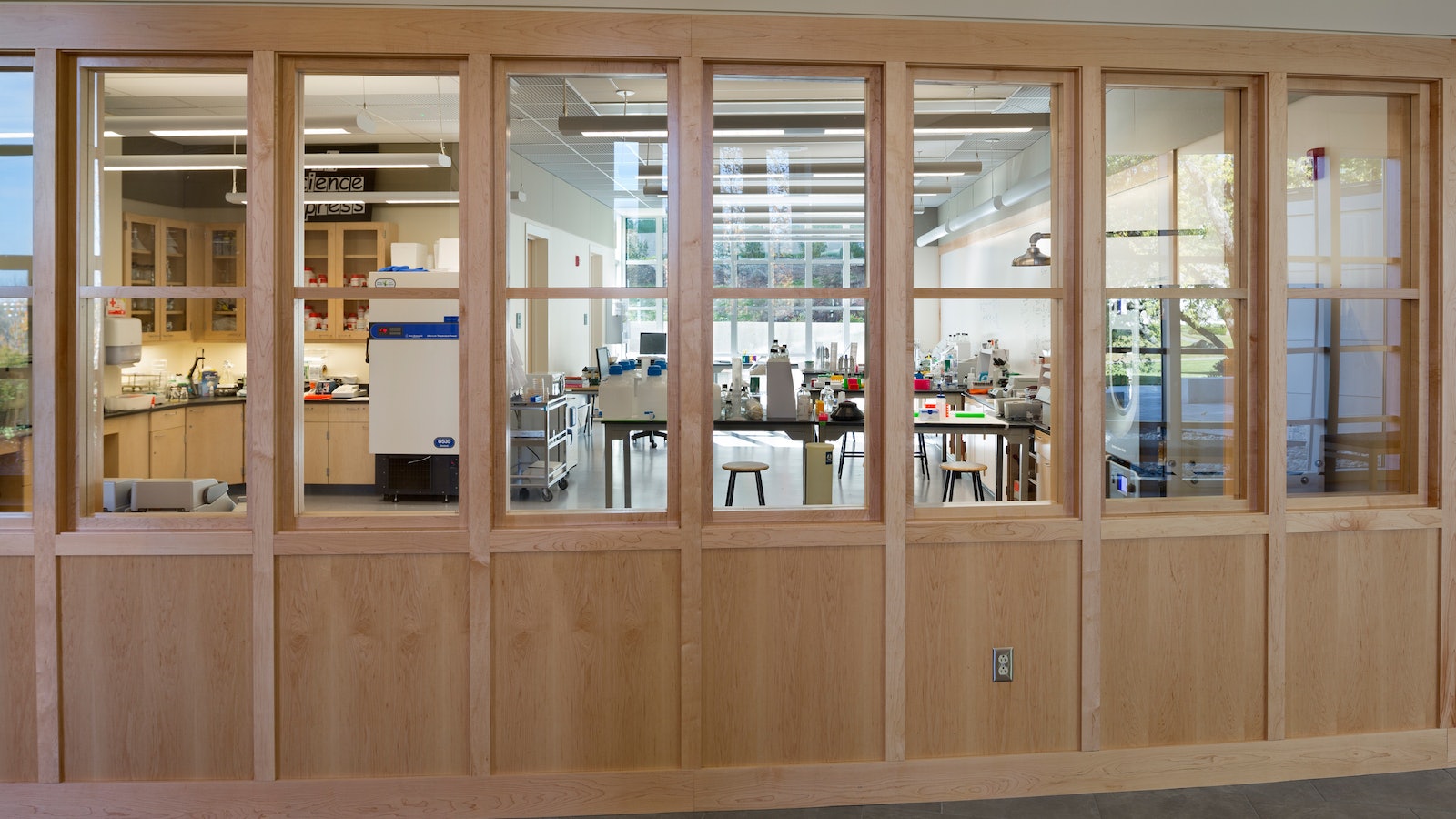 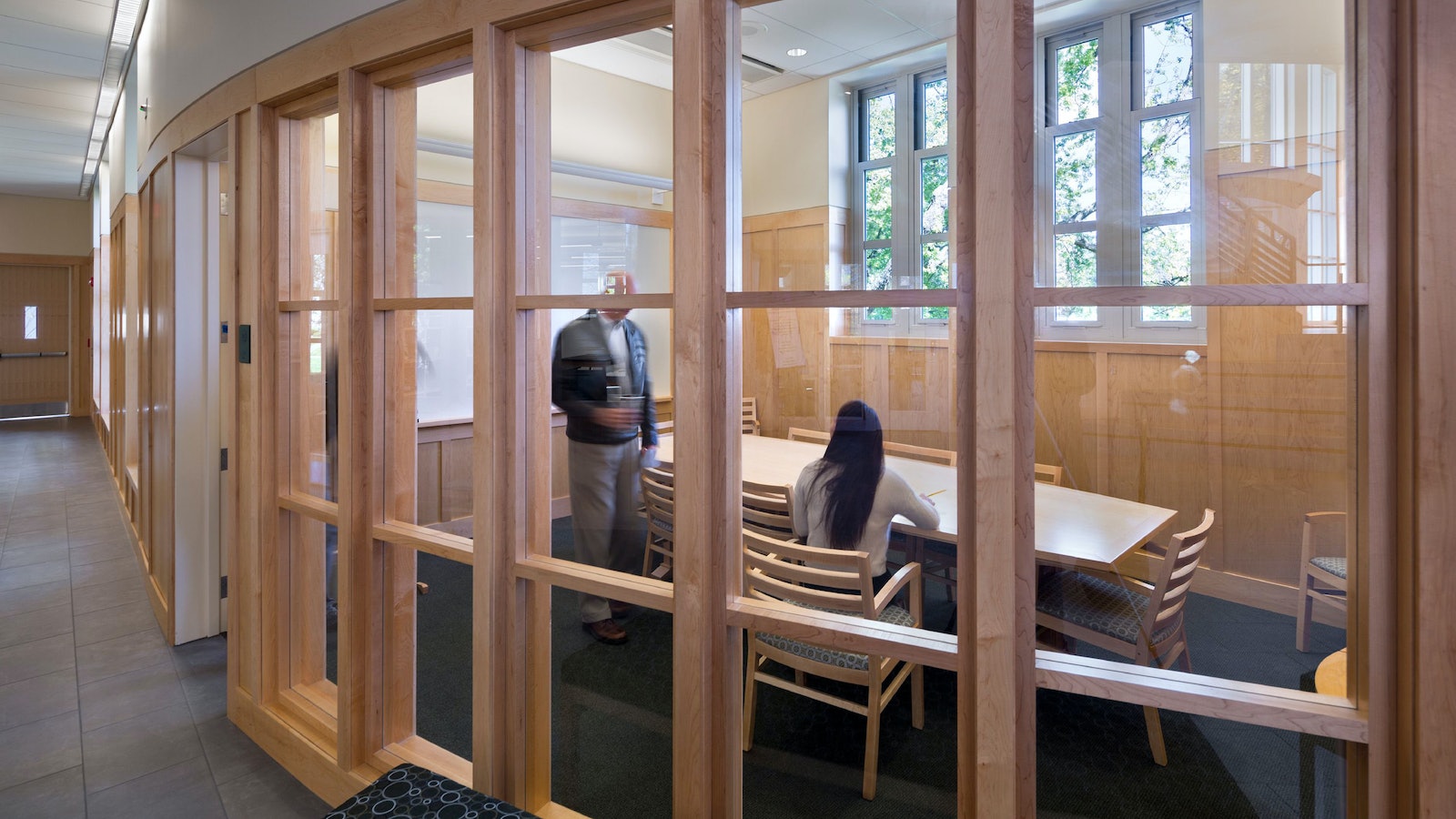 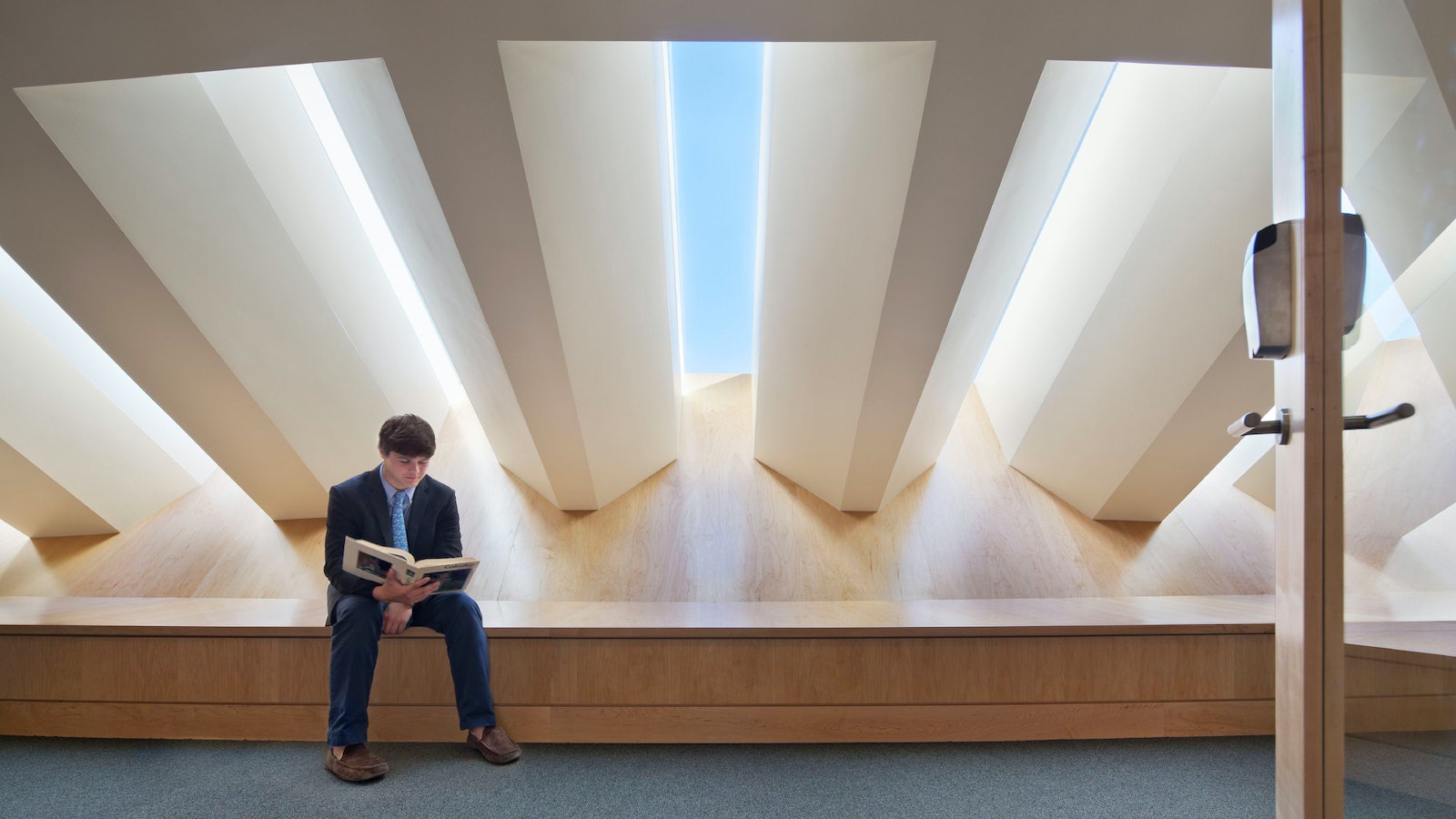 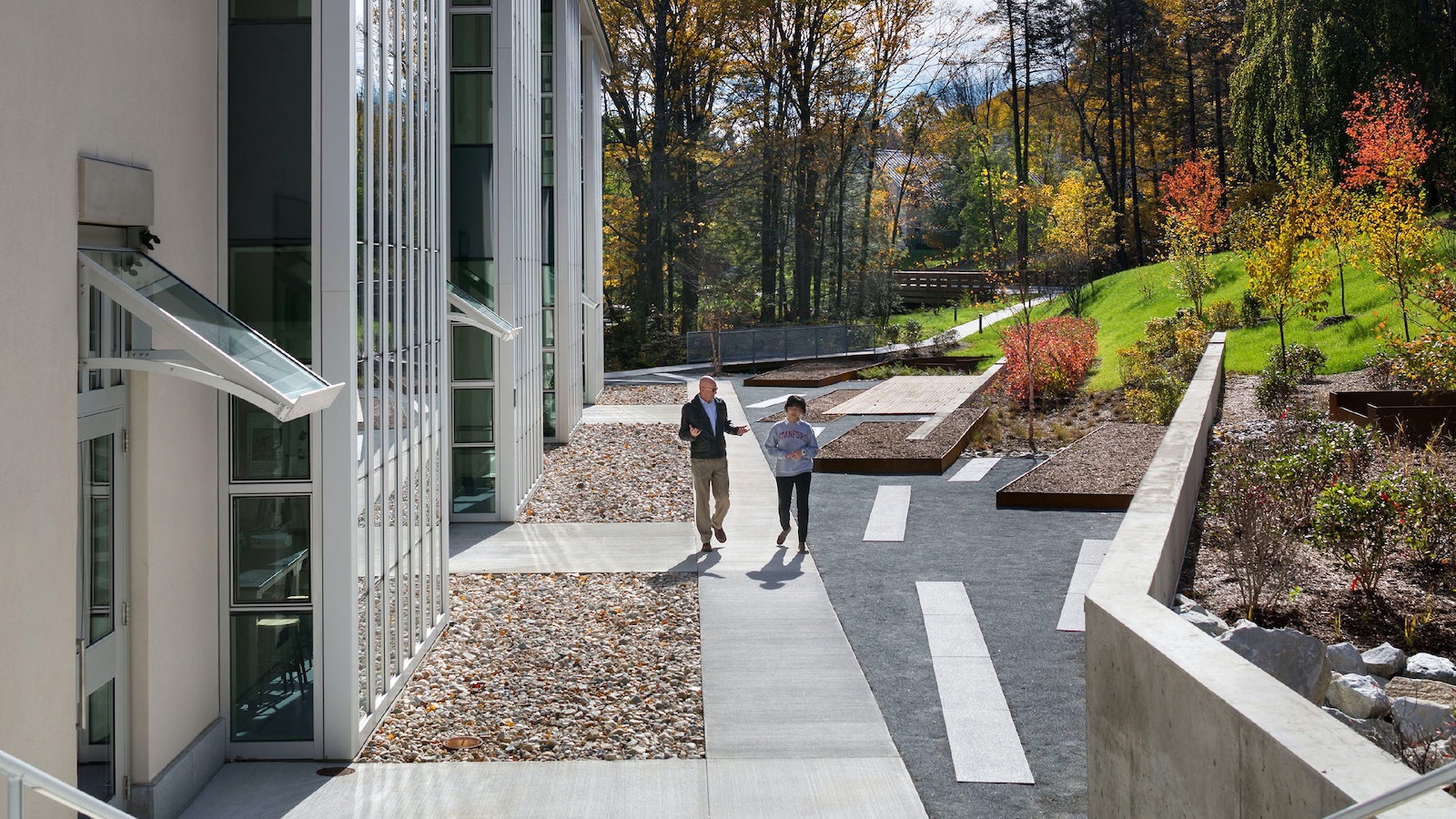 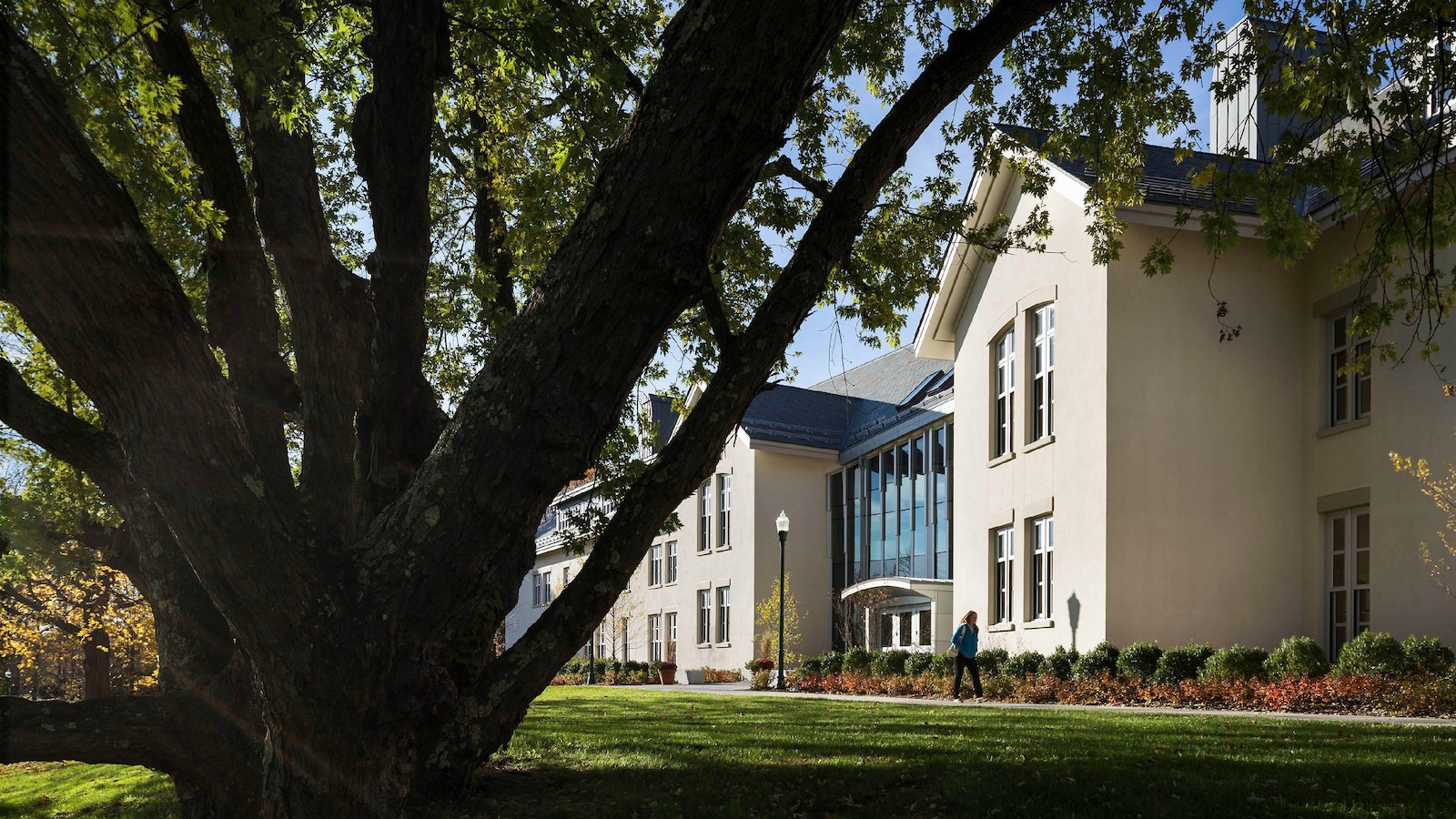 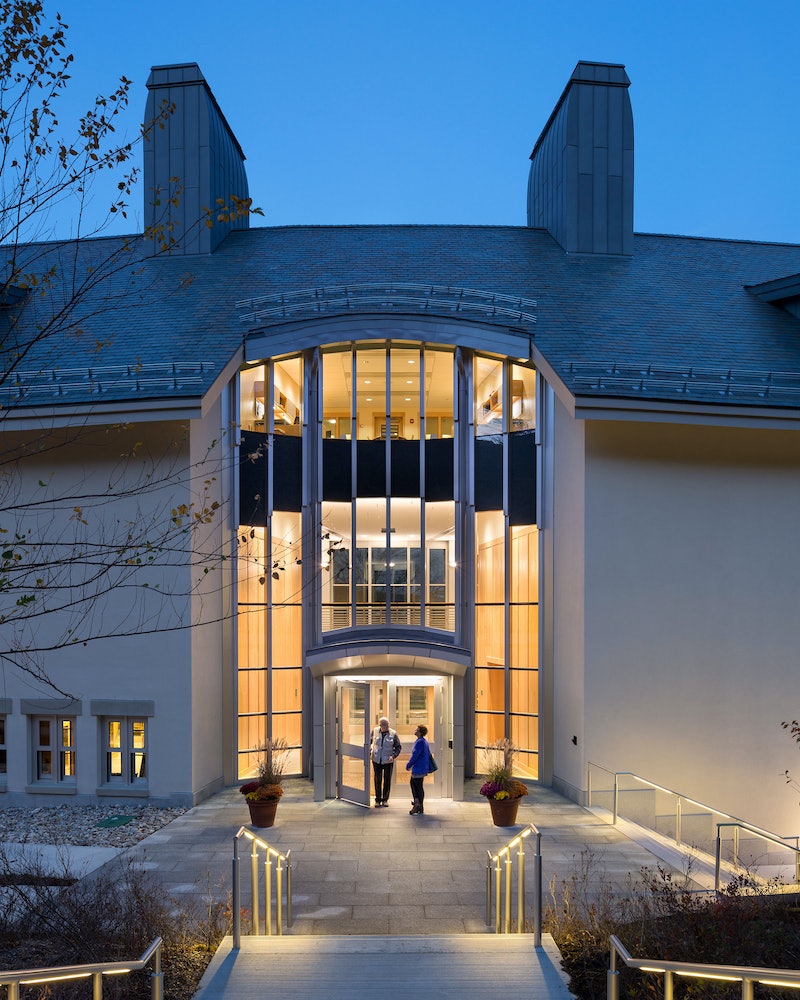 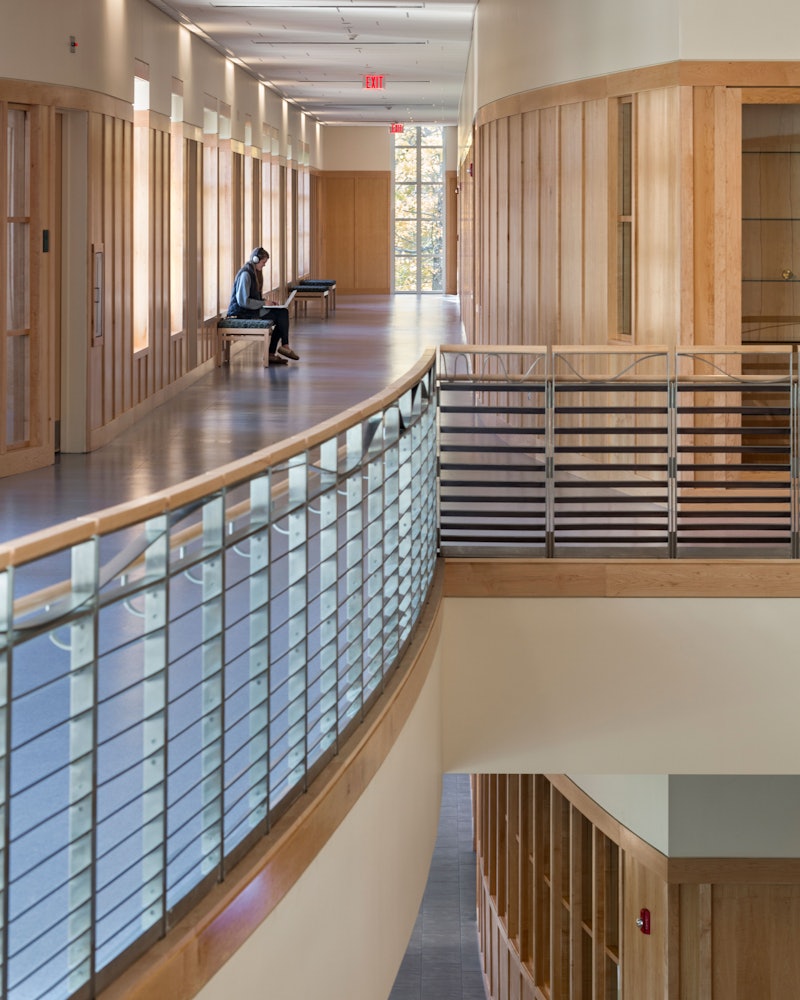 The building was designed to continue Berkshire’s longstanding commitment to conservation and the natural world around it. Contrary to common wisdom, the three-story building takes best environmental advantage of its dramatic site by running north/south: parallel to the school's central Buck Valley to the east and to Mount Everett to the west.

To fit naturally, it is a gently bent rectangle with a glassy two-story lobby at the bend, splitting the building into wings and offering views that encompass both the valley and the mountain. Given its orientation, the building has a single, day-lit corridor on the east side of lower floors to fill the building with natural light on both sides and to maximize views. Labs are efficiently paired and stacked in the south wing with support spaces and the auditorium to the north.

The location also connects the campus center to its site with classroom terraces that extend learning into the landscape. These include rain gardens that showcase natural storm water management and infiltration; native plantings are used to eliminate the need for supplemental irrigation or fertilizer. New views up into the mountain understory connect lessons inside with life outside. 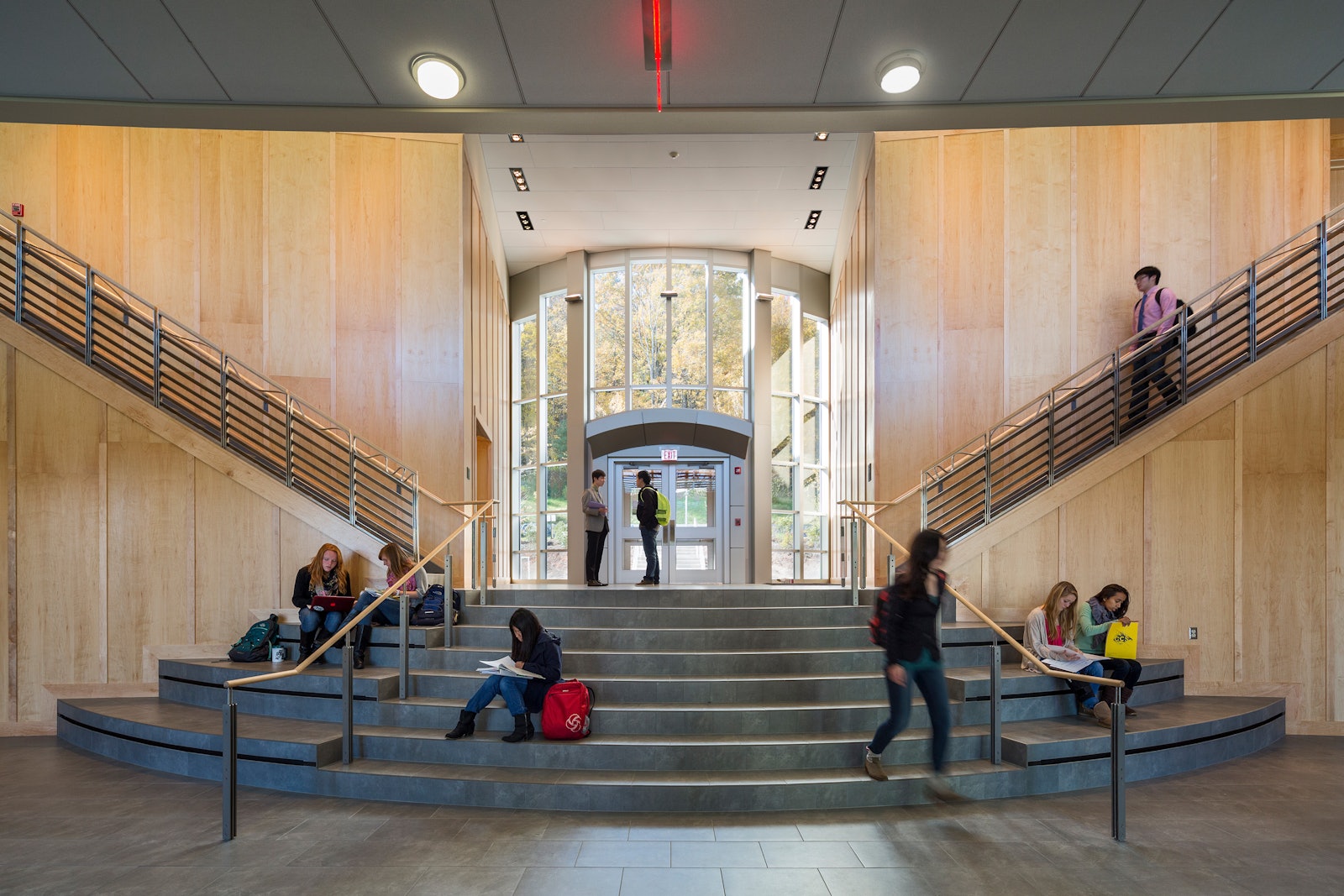 Construction of the new facility began in 2011 and was completed in the summer of 2012. The Bellas/Dixon Center was designed in close collaboration with VanZelm Engineering, Girard and Company, Atelier Ten, Vanasse Hangen Brustlin, and Stephen Stimson Associates. Fontaine Bros, Inc. was the general contractor. 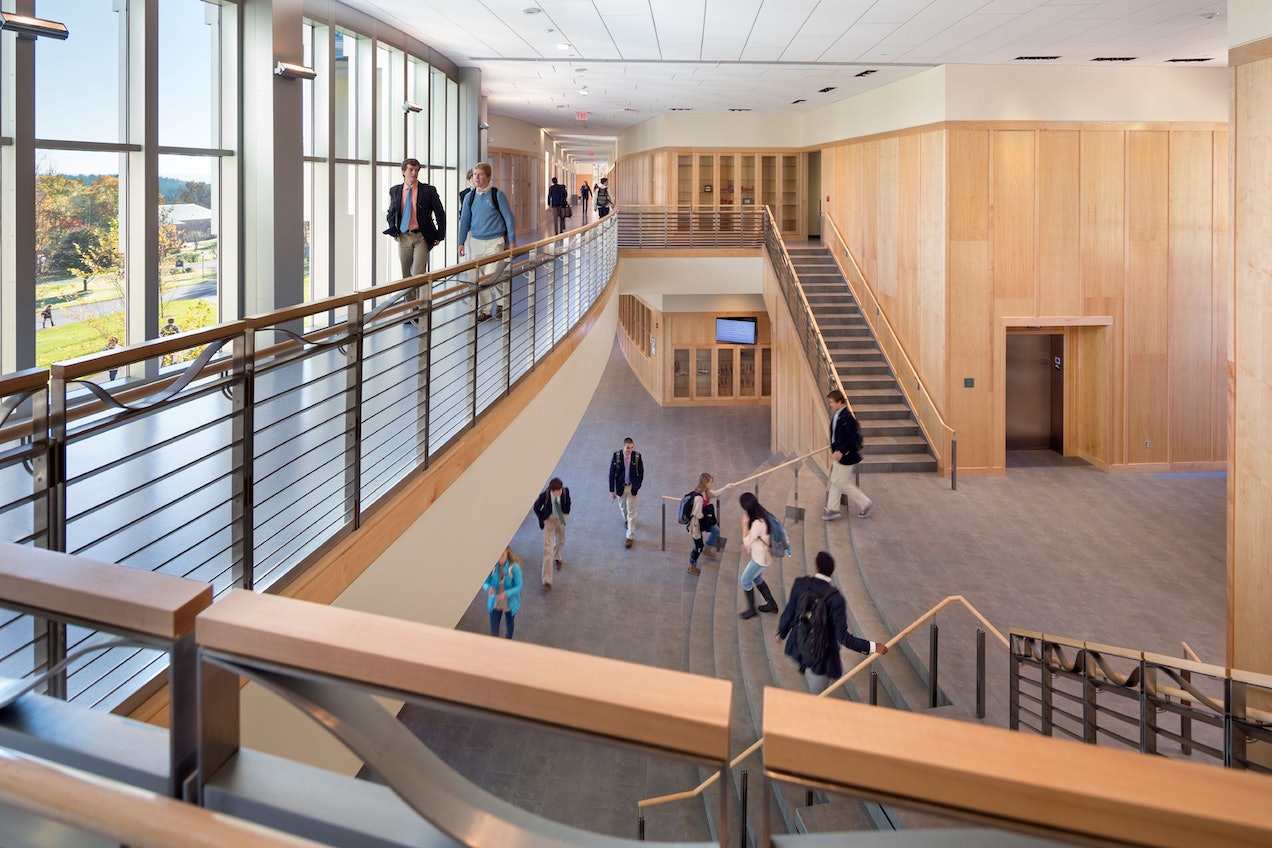 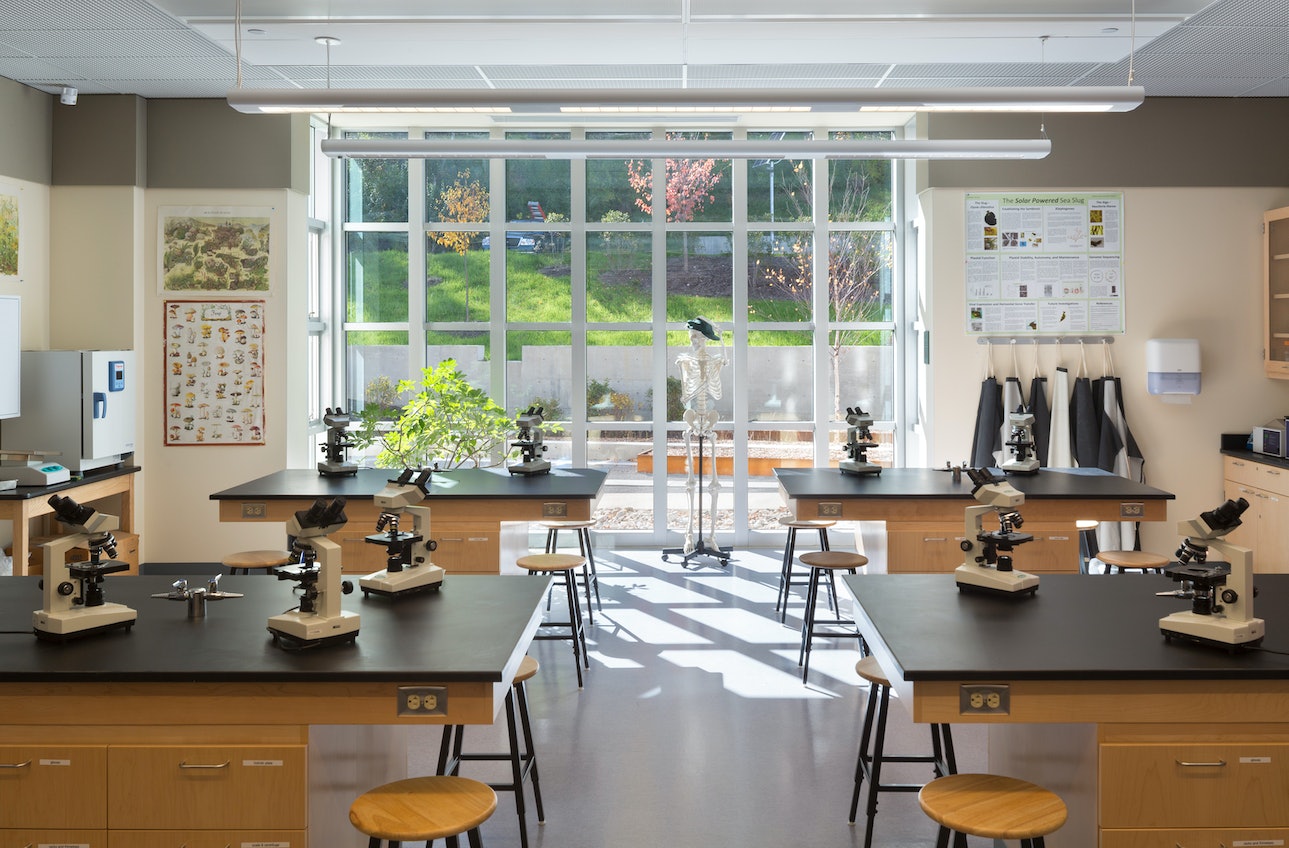 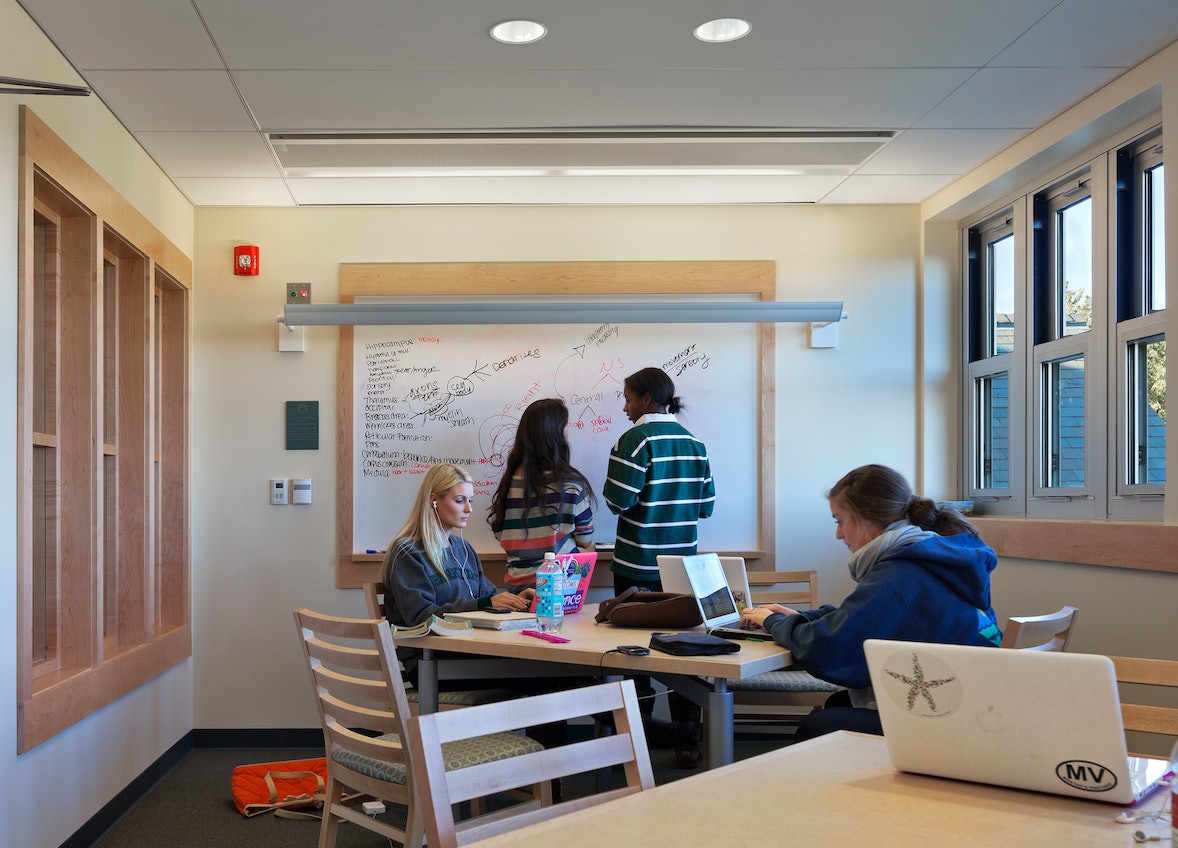 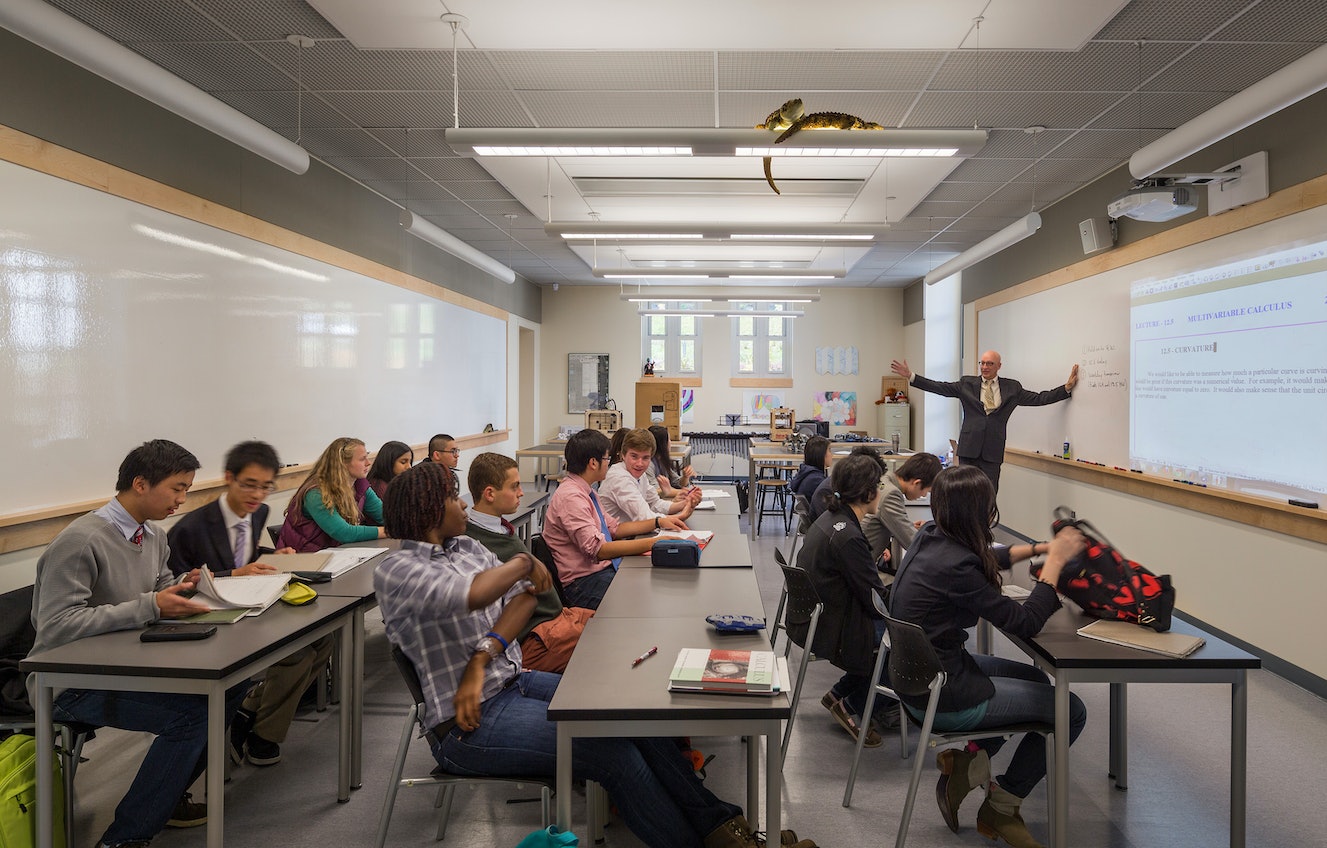 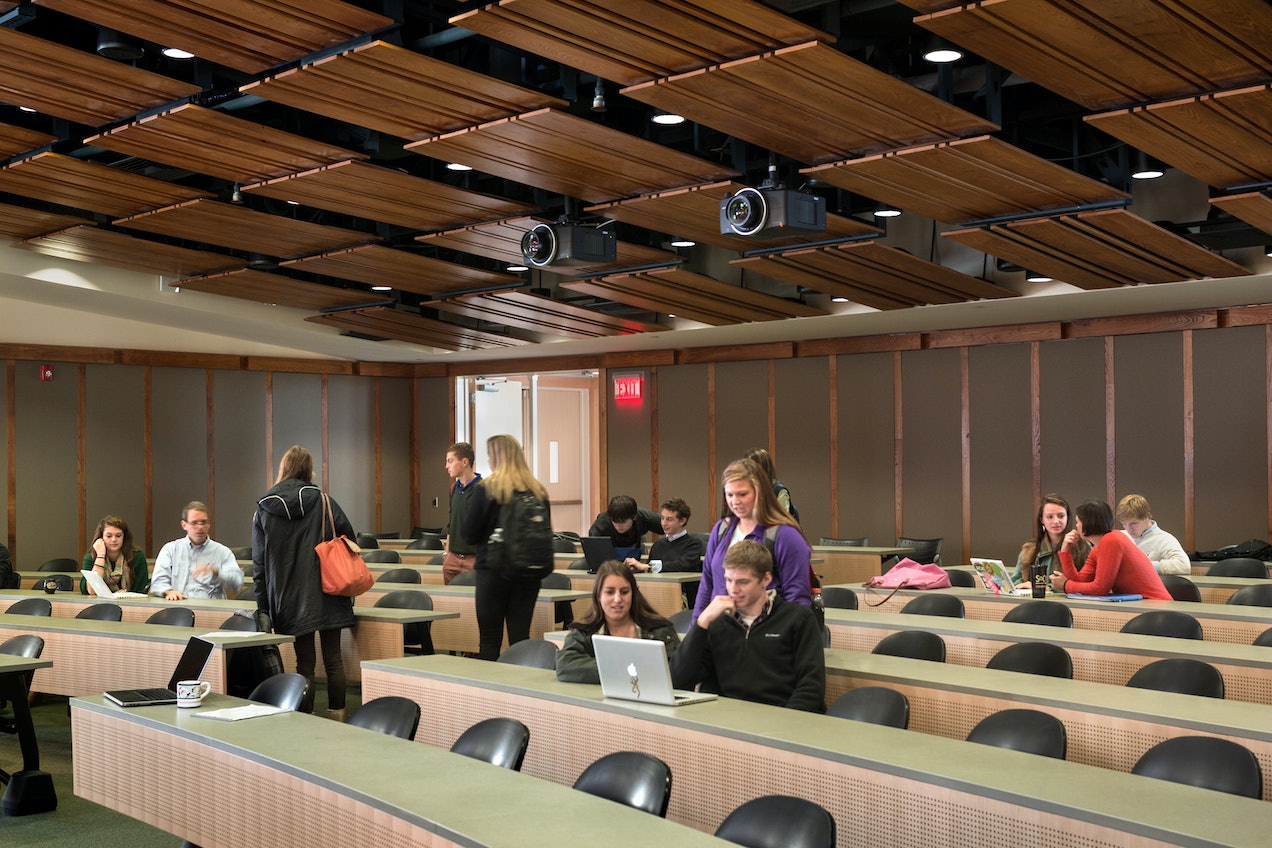 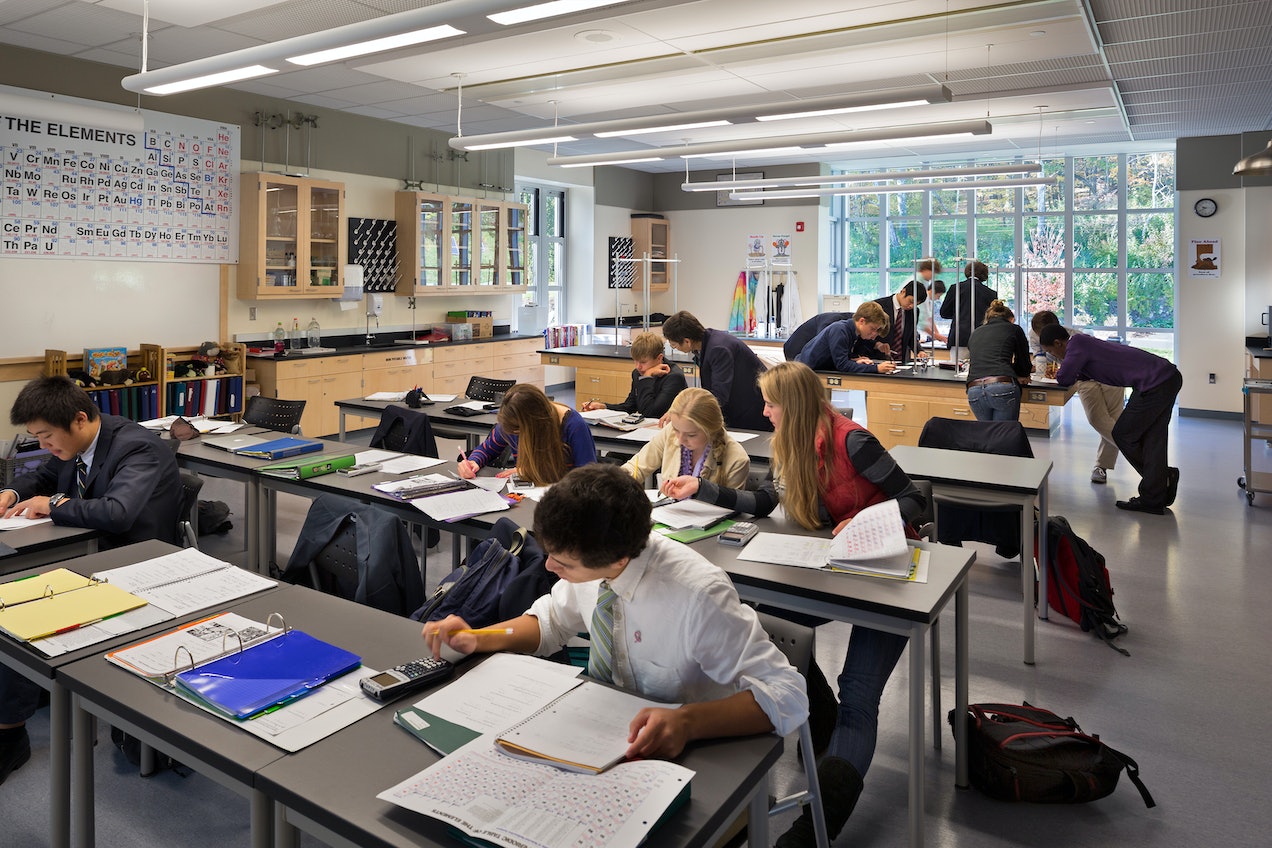 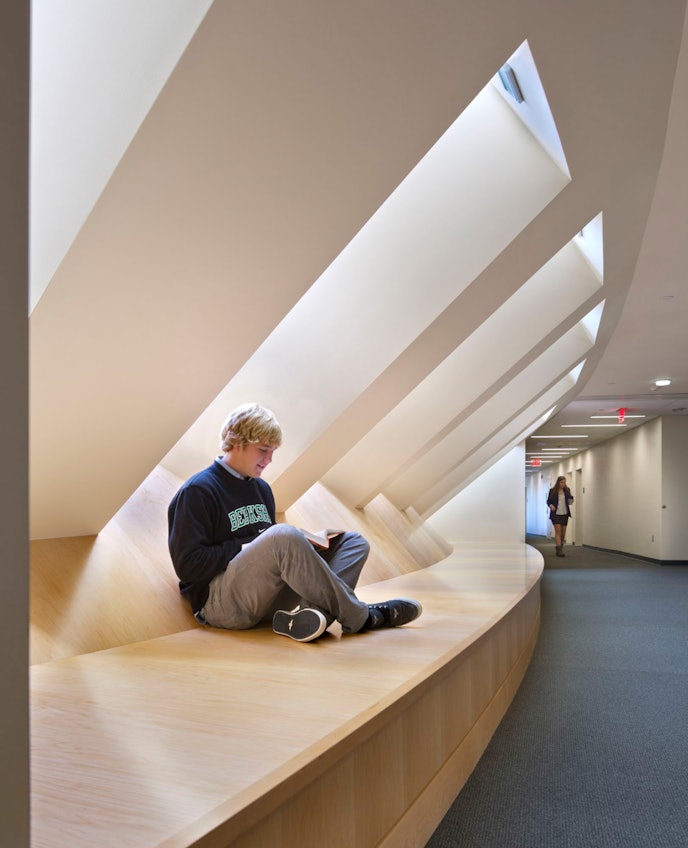 “The building is a sociable second home for students and a living classroom that extends learning into the landscape.” Former Head of School Michael J. Maher 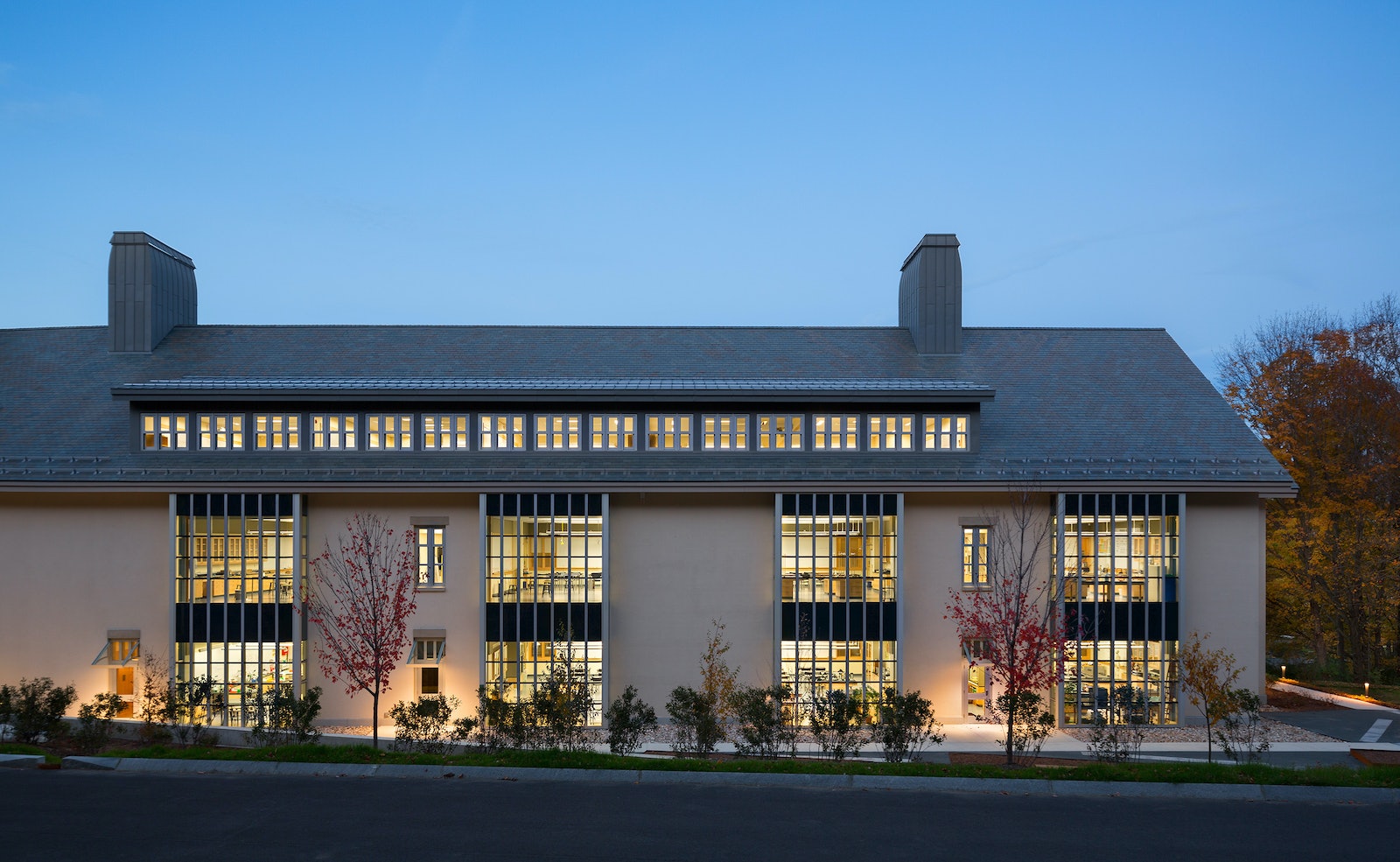