It was envisioned that the centerpiece of a new public development in New Haven's harbor would be the creation of a distinctive marina complex at the water's edge. 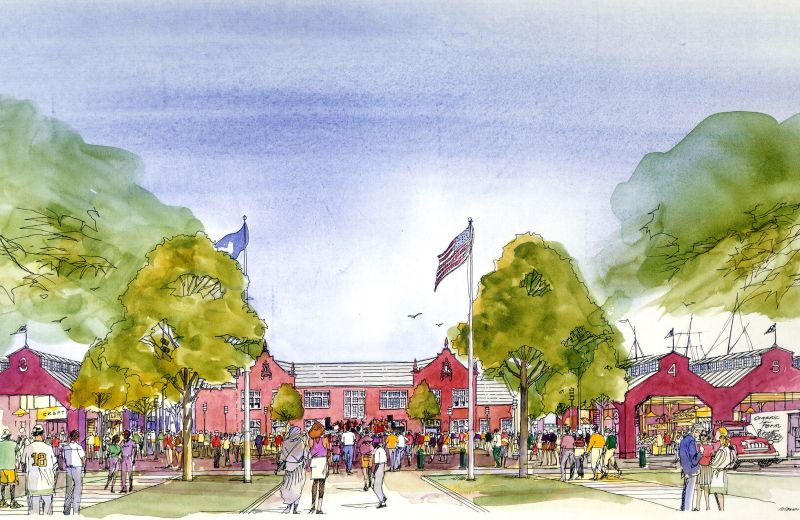 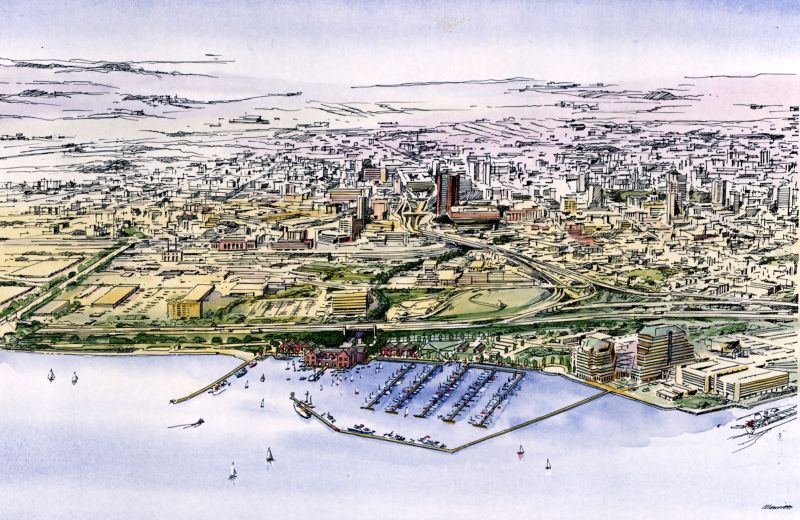 The concept called for the historic former Yale Boathouse to be floated on barges down the Quinnipiac River to Long Wharf where it would house a 350-seat restaurant with a 100-seat outdoor deck, marina offices, public boat rentals, and a chandlery. Surrounding it would be a 256-slip public marina, an esplanade, a festival plaza flanked by large retail sheds, and a waterfront park, along with parking in support of these activities.

The one-acre festival plaza was designed to accommodate 2,500 seats and provide a stage for temporary events with the Boathouse as a backdrop. Flanking the plaza would be two wharf-like retail sheds that will shelter a public market, craft stalls, festival spaces and, in winter, a skating rink. The waterfront park would be used for boat shows, festivals, and other events. Long Wharf pier would be home for part of the year to the replica of the Amistad as well as other historic vessels.