Central Street is the principal vehicular access to the city of Worcester, Massachusetts, from nearby I-290. The DCU Center and hospital along Central Street further strengthened it as a main entrance to the city.

This route was compromised by an on-grade railroad crossing that could stop traffic for extended periods. As a part of its urban renewal process, the City of Worcester decided to lower a portion of the street and raise the railroad tracks to allow trains to cross Central Street over a new bridge.

“The bridge's glittering steel web alludes to the speed of transportation and offers an appropriate gateway to a city of innovation.” Architectural Record 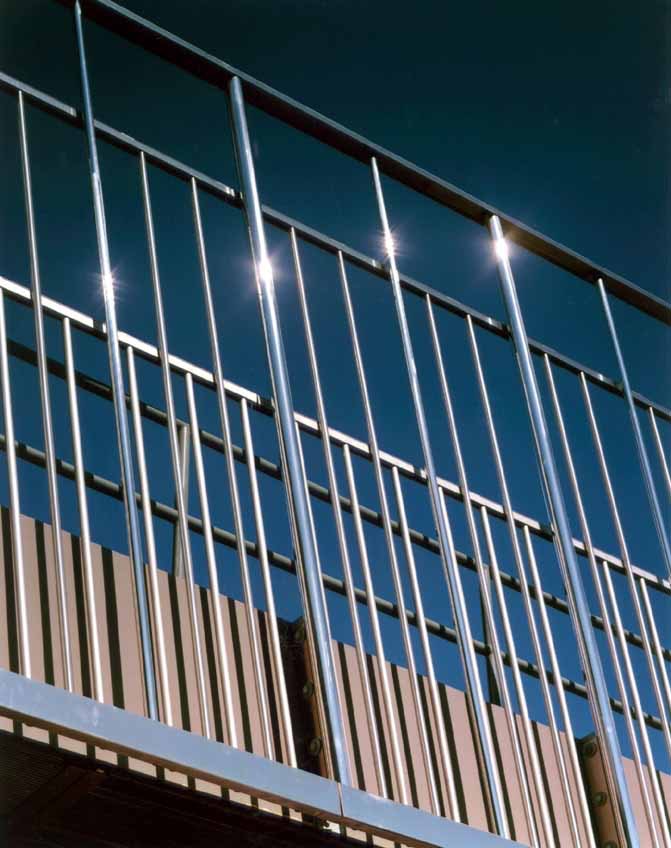 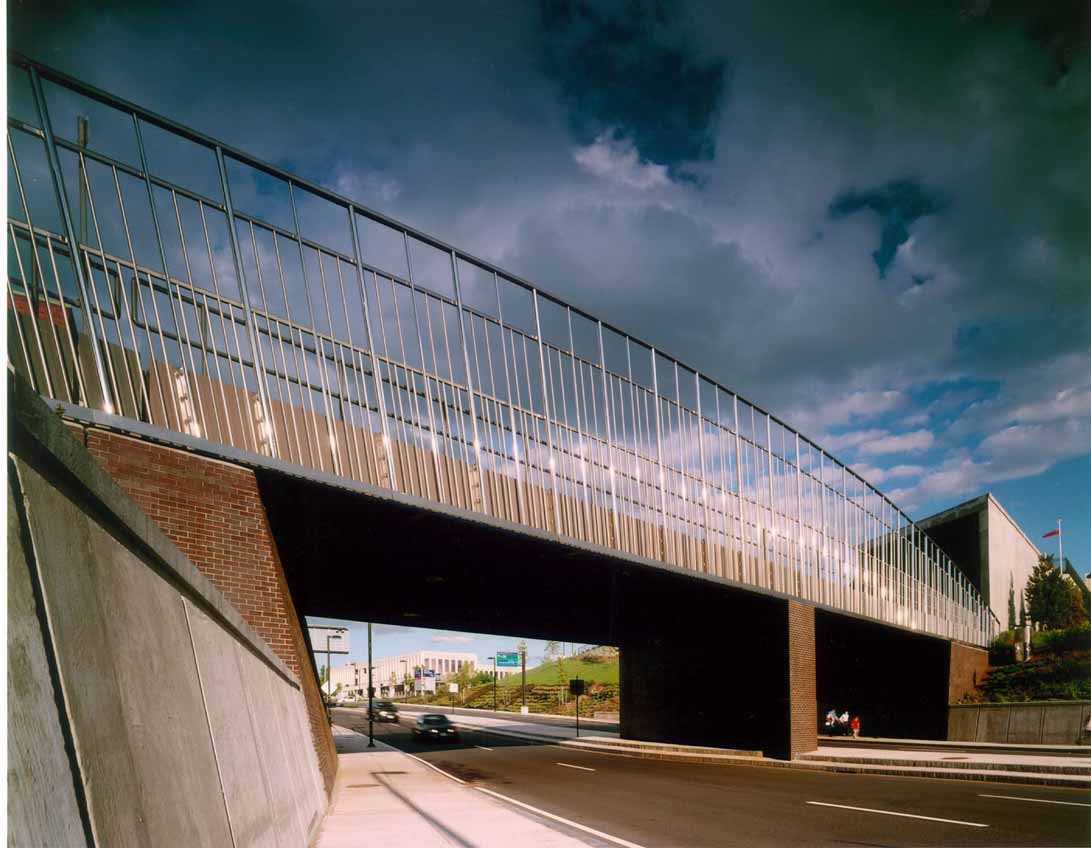 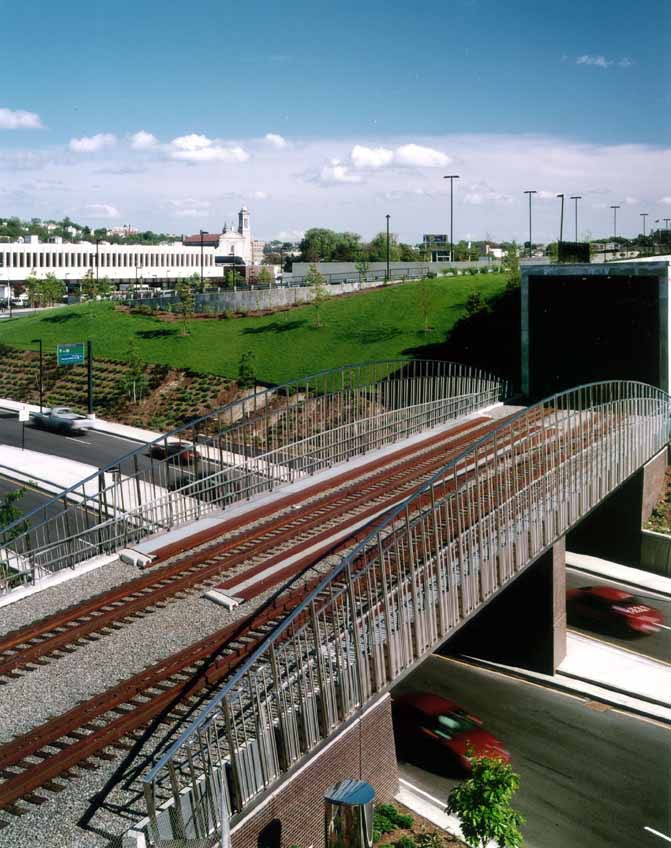 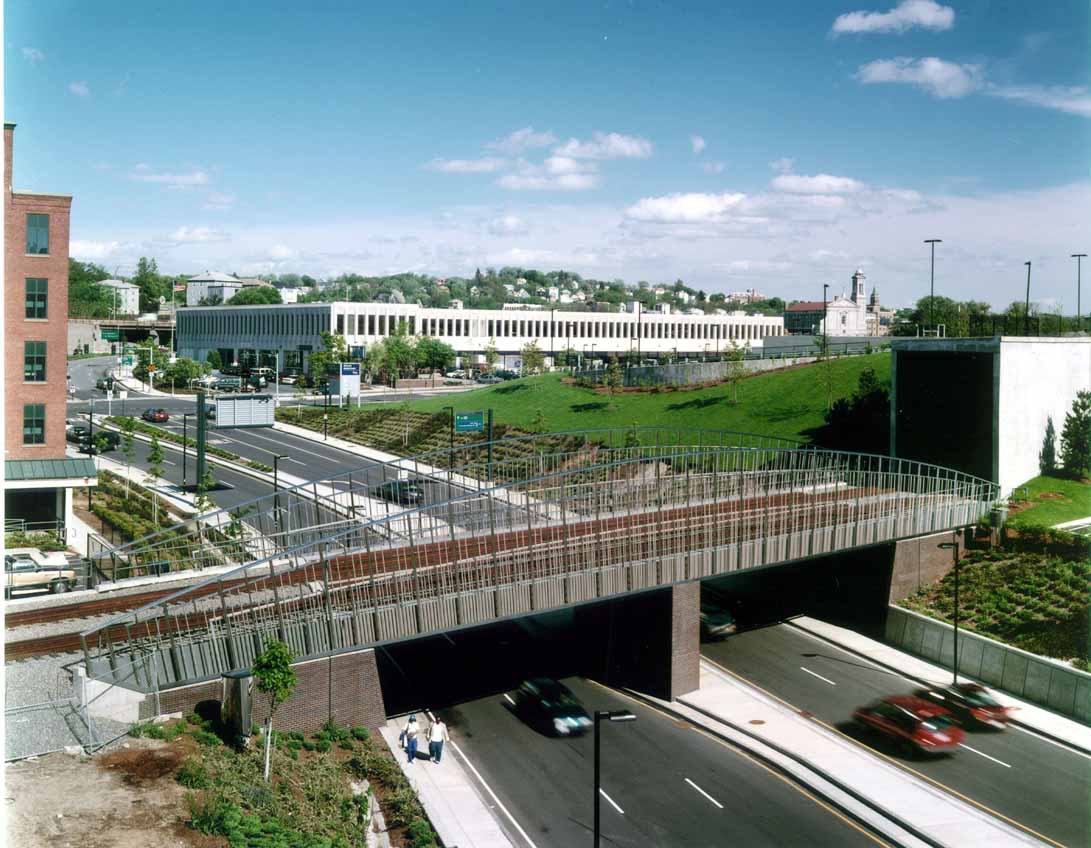 The city fathers of Worcester saw this as an opportunity to make the bridge a gateway to the city. Centerbrook was hired to design a permanent gateway that would emphasize Worcester's history as an innovative city. It is the home of rocket inventor Robert Goddard, the steam calliope, the birth control pill, and even the smiley face symbol among many other important inventions.

Beginning with the idea of the pipes of a steam calliope and space age stainless steel, the bridge represents the glitter of technology that is part of the history of Worcester. The design solution was to face the concrete piers and abutments with a dark ironspot brick and replace the standard safety rails with arches of polished stainless steel whose supports are radial rather than vertical.

The effect is to reflect ambient light in a changing, sparkling pattern as vehicles or pedestrians pass beneath it. At night the colors of traffic lights and illuminated signs move across it as if it was electrified.

This solution was a relatively low-cost way to turn a "problem" bridge into a welcoming gesture and a celebration of a city's ingenuity.