The new addition and extensive renovations to the historic Carnegie Building, the library for Cold Spring Harbor Laboratory and home to its genetic and bio lab collections, was needed to keep pace with the institution’s steady growth. 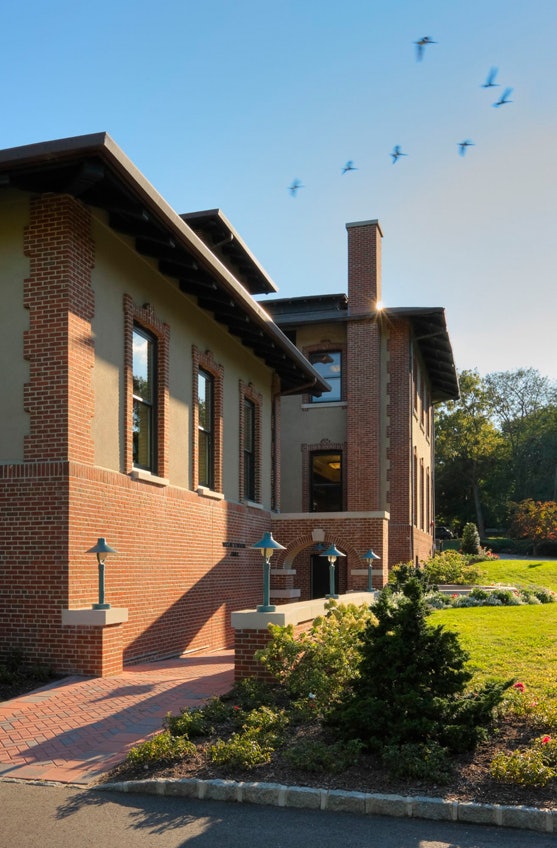 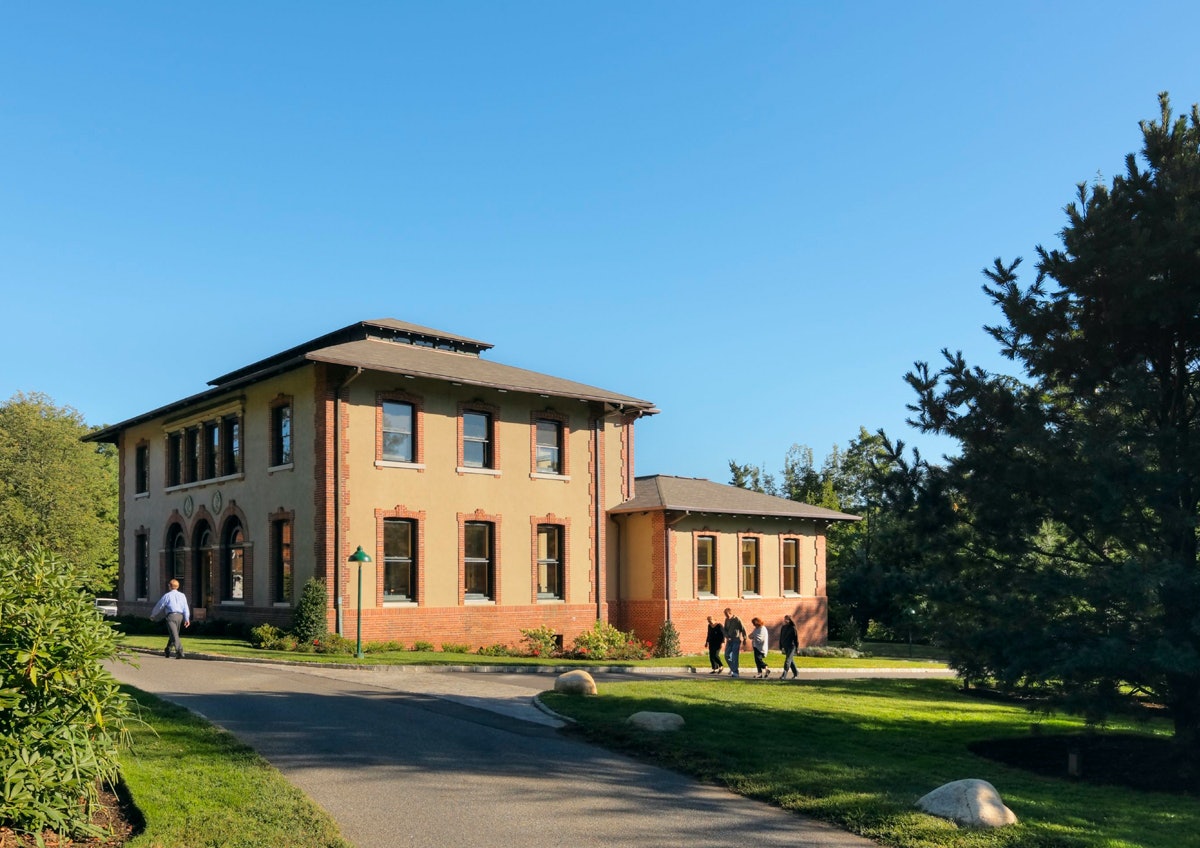 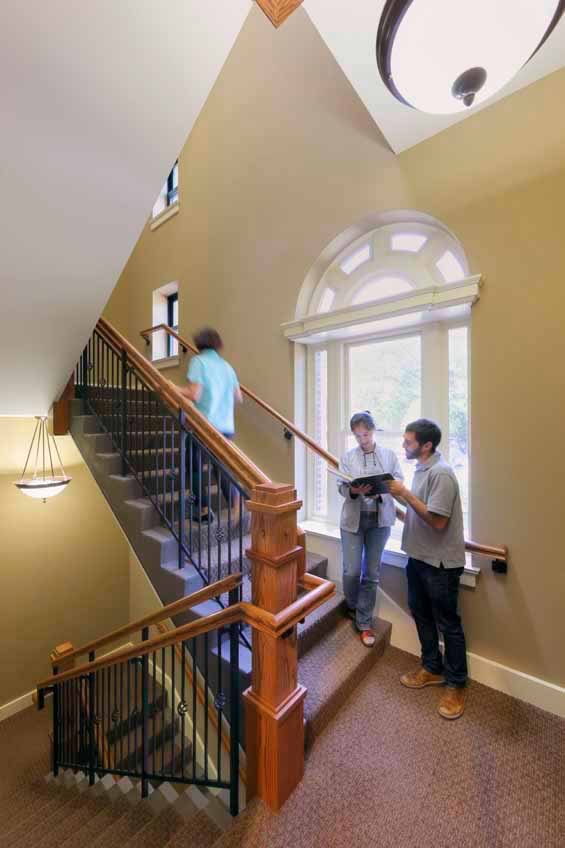 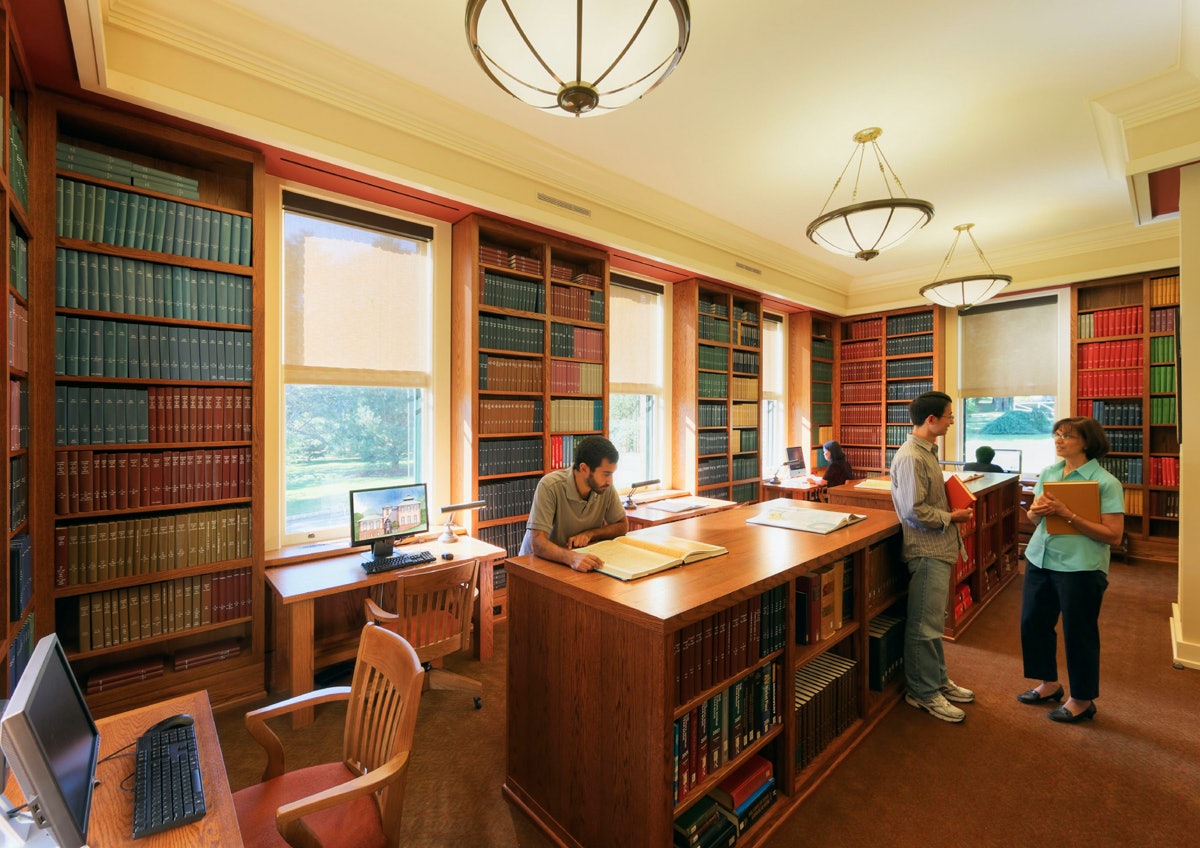 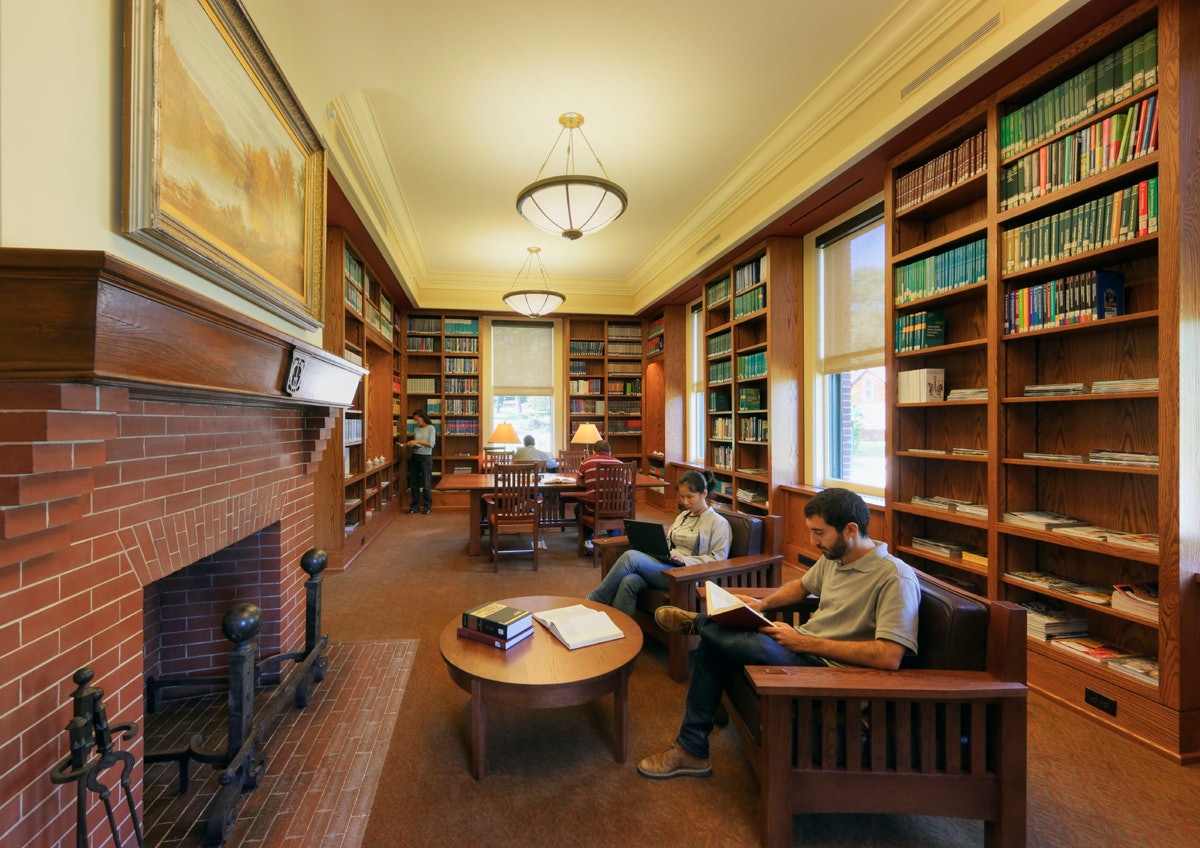 The heart of the 4,425-square-foot addition is a new reading room on the first floor. The addition also houses space for the Laboratory’s archives, which include: the personal papers of Nobel Laureates Dr. James D. Watson, Barbara McClintock, and Alfred D. Hershey; a rare book collection; a room for scholarly research; rooms housing various scientific journals; a new entry and improved access for disabled users, and a collection of over 100,000 rare photographs that provides a chronicle of molecular biology's rise after World War II.

Renovations of the existing two-story structure encompassed replacing interior walls, ceiling, lighting fixtures, wiring and plumbing as well as the restoration of much of the classical oak trim, stair rails, and banisters. The project was chosen as Outstanding Historical Renovation Project in the 2012 Library Interiors Competition by the International Interior Design Association and the Library Leadership and Management Association.

The architects gave careful consideration to whether to design an addition that looked like the original, a Mediterranean variant of Second Renaissance Revival style, or to create one in stark contrast to it. Because the 6,335-square-foot Carnegie Library occupies a prominent site on the historic campus, they used the same materials and details in the addition, both inside and out, but interpreted them in a modern way. The new reading room typifies this approach with its high ceiling, expressed oak rafters, warm wood paneling, expansive windows, and soft yellow walls.

Built as a laboratory in 1905, the Carnegie Building has played an important role in the history of American science. It was where plant scientist George H. Shull discovered the value of “hybrid vigor” in corn genetics in 1908, a finding that eventually led to the tripling of commercial corn yields in the United States. In 1953, scientific facilities were removed and the building became a library. 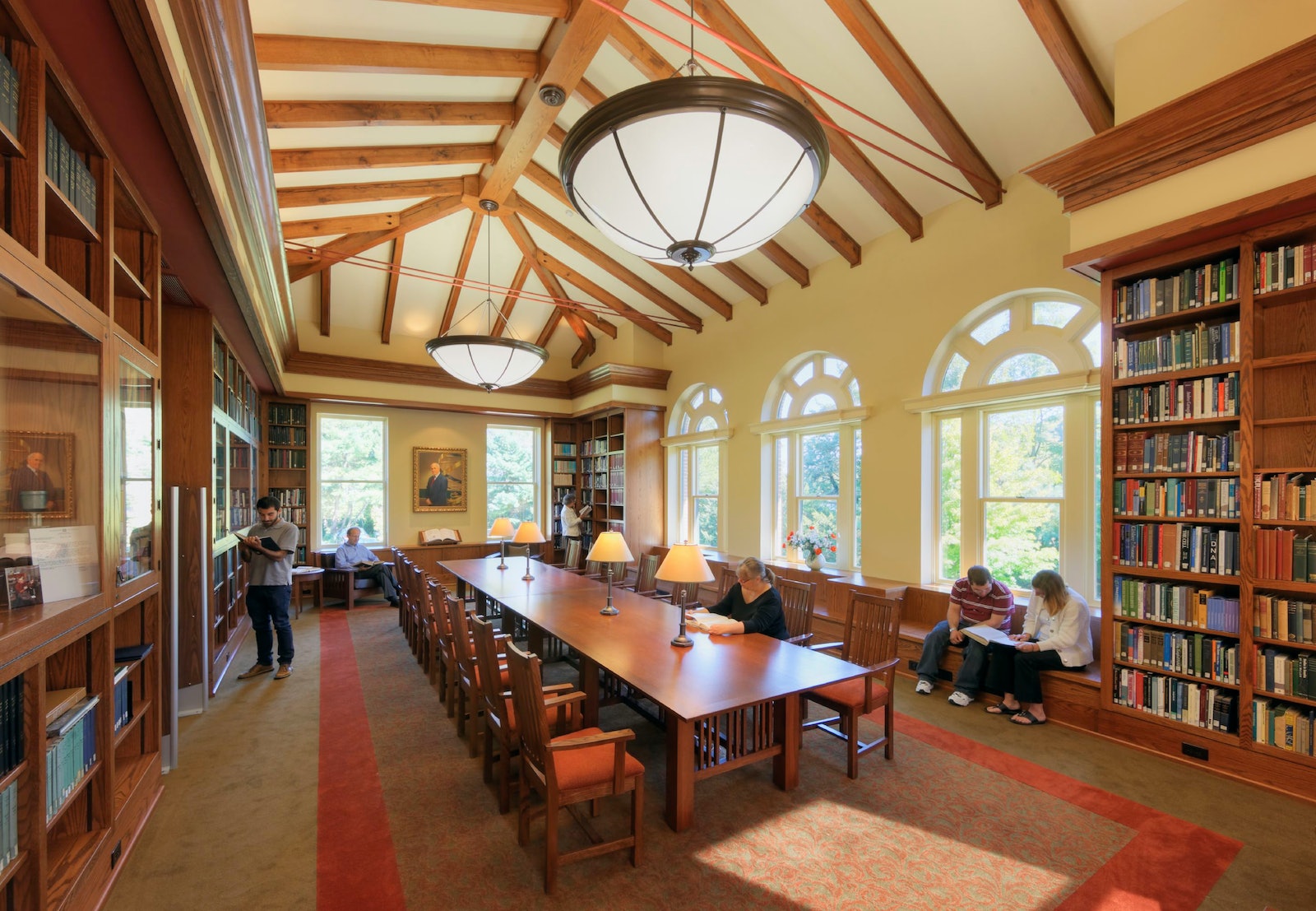