Called ‘the best’ by intercollegiate coaches and tennis pros alike, this indoor tennis facility unites four older courts with four new ones. A viewing hall lobby brings fans right to the edge of the action, spurring players and fun.

Yale University's indoor tennis facility needed renovation and expansion to accommodate tournaments and ease the crush of daily practice. The new Cullman-Heyman Tennis Center doubled the number of courts from four to eight and features a new central viewing lobby and welcoming entrance with a dynamic canopy. The reborn center is widely credited with bringing the Intercollegiate National Indoor Tennis Championship to Yale in 2009. 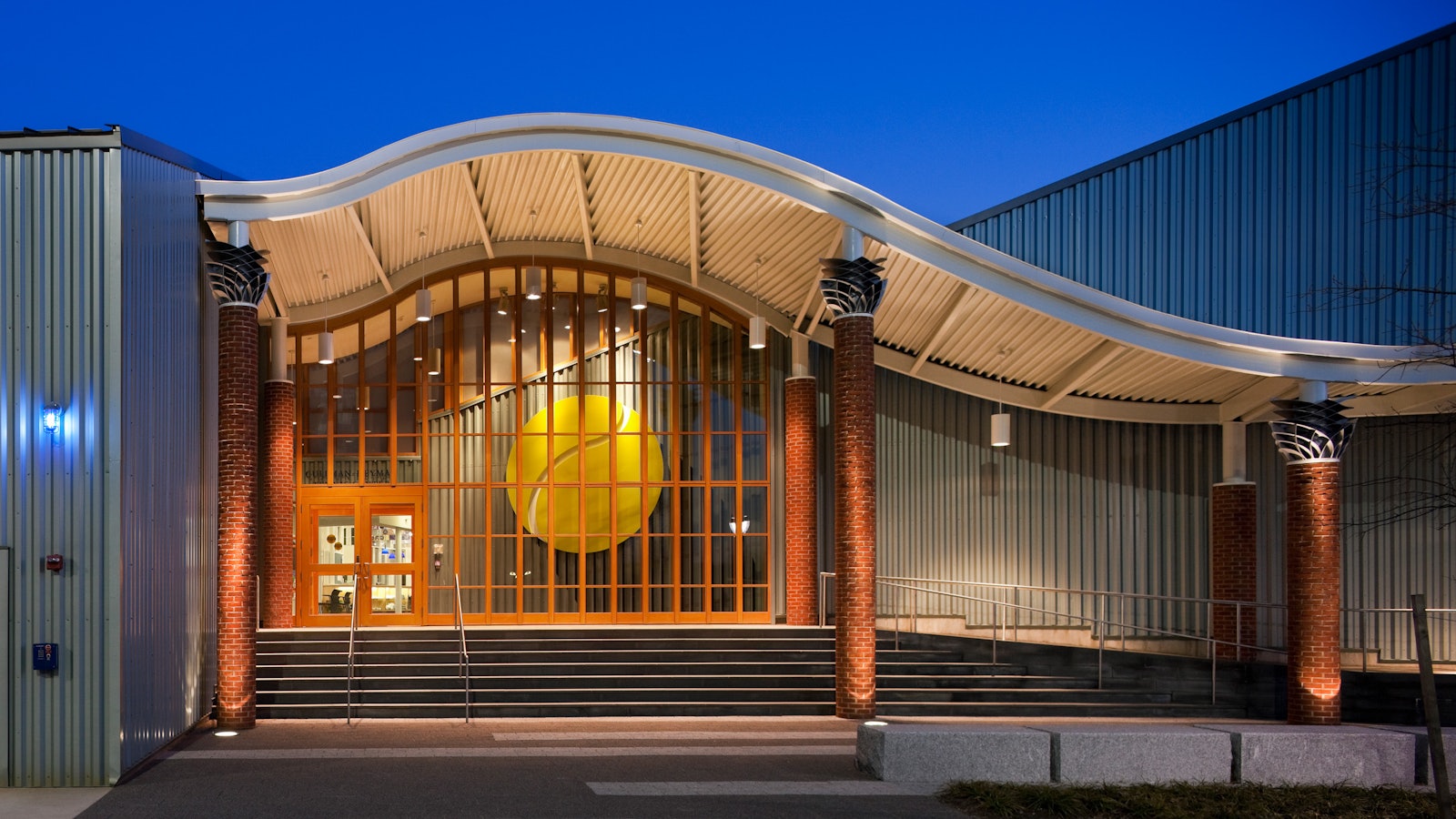 “There hasn’t been a day I enter the building that I am not blown away by the fact that this is our home facility. It has had a significant impact on my recruiting.” Yale Men's Tennis Head Coach Alex Dorato 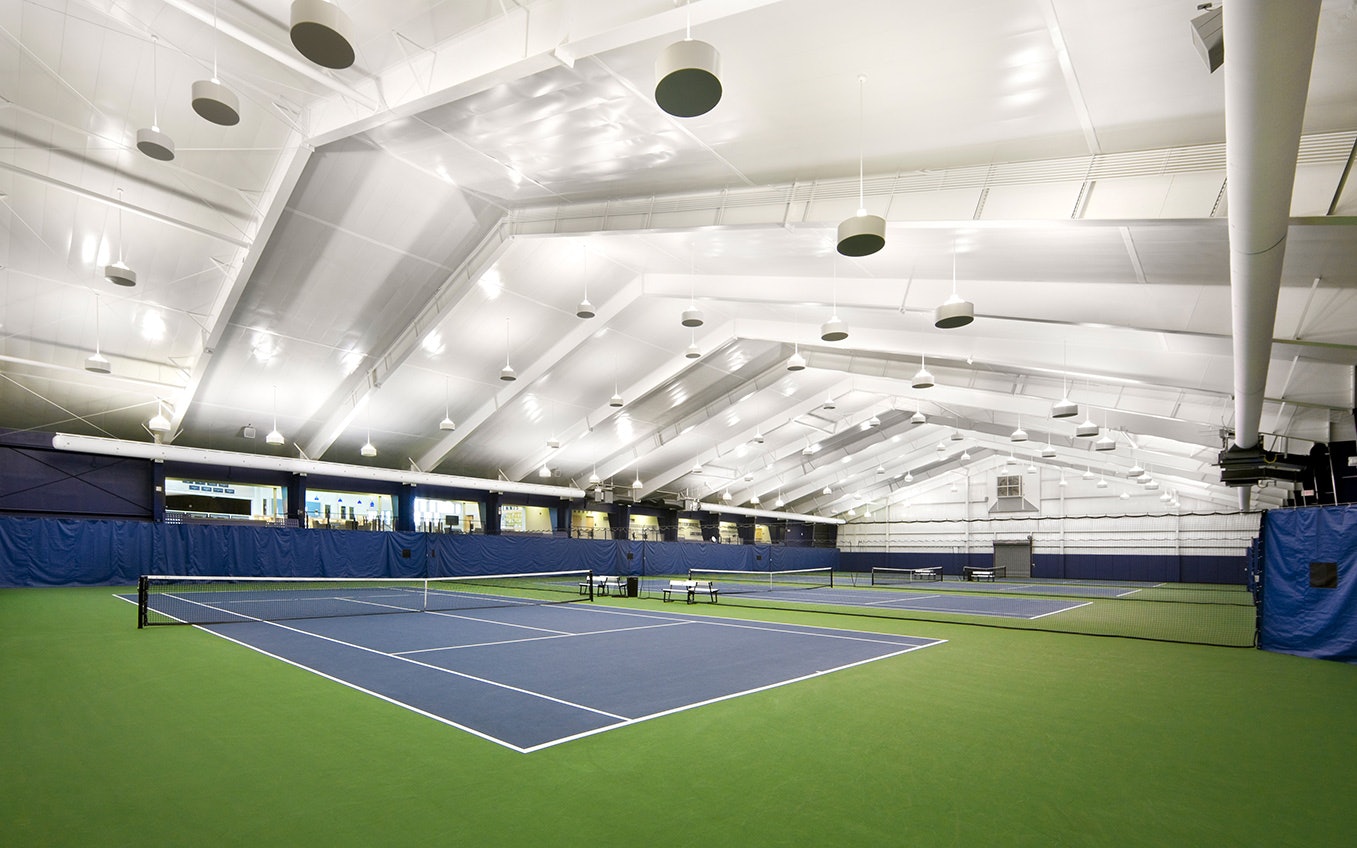 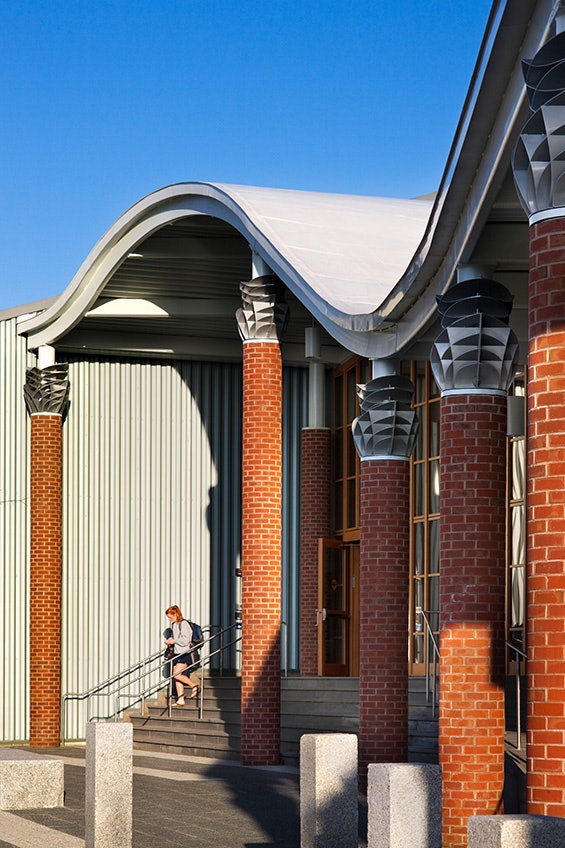 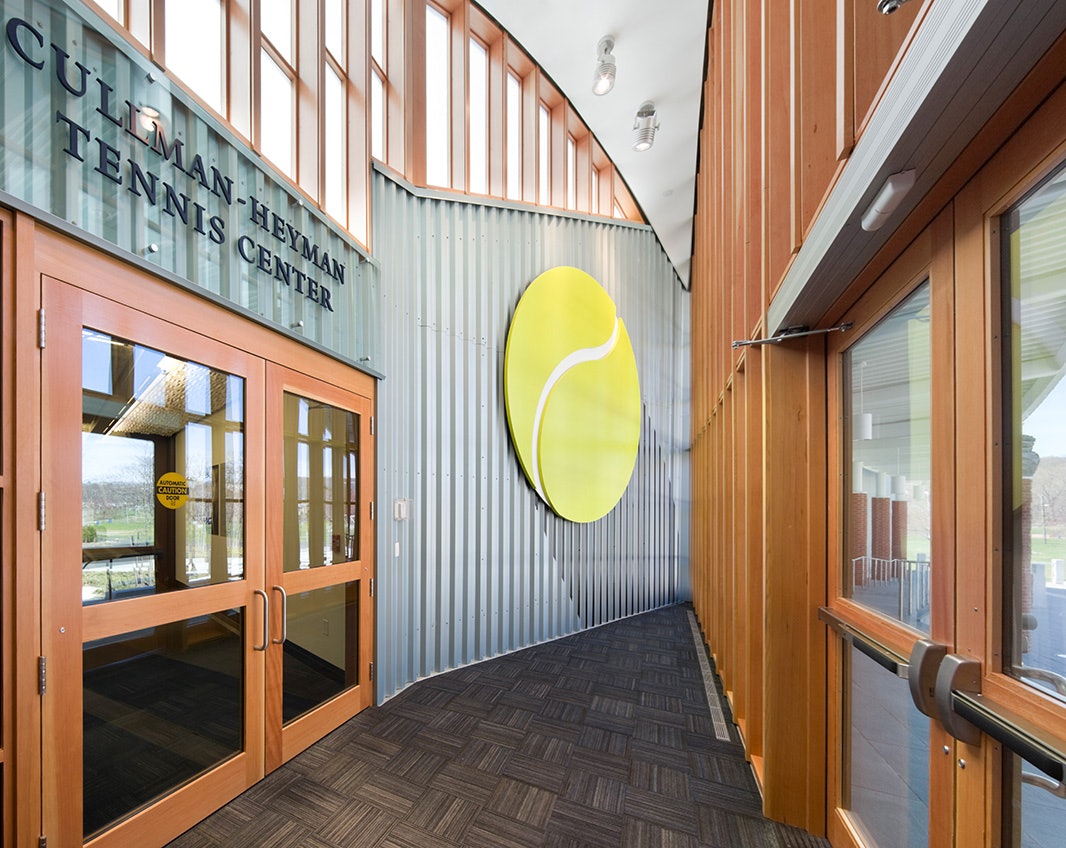 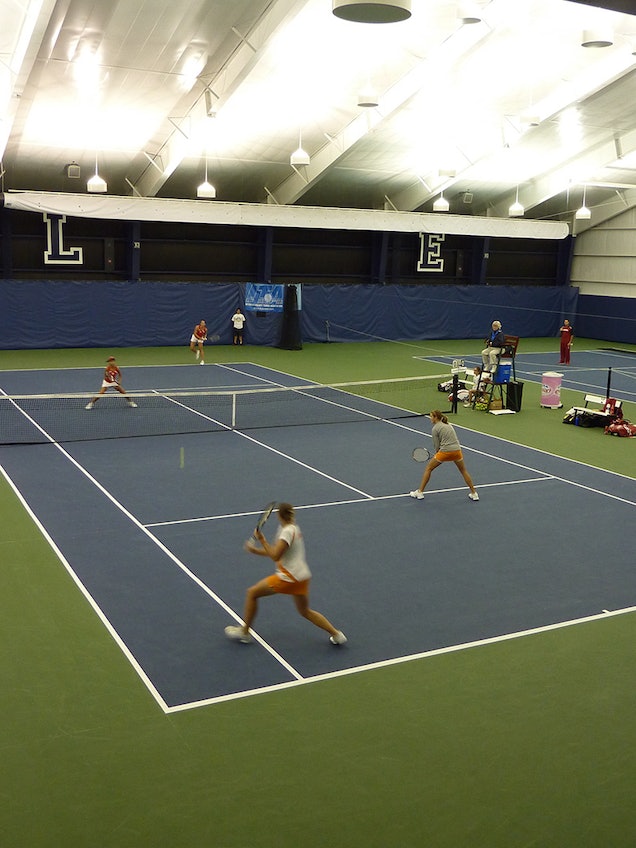 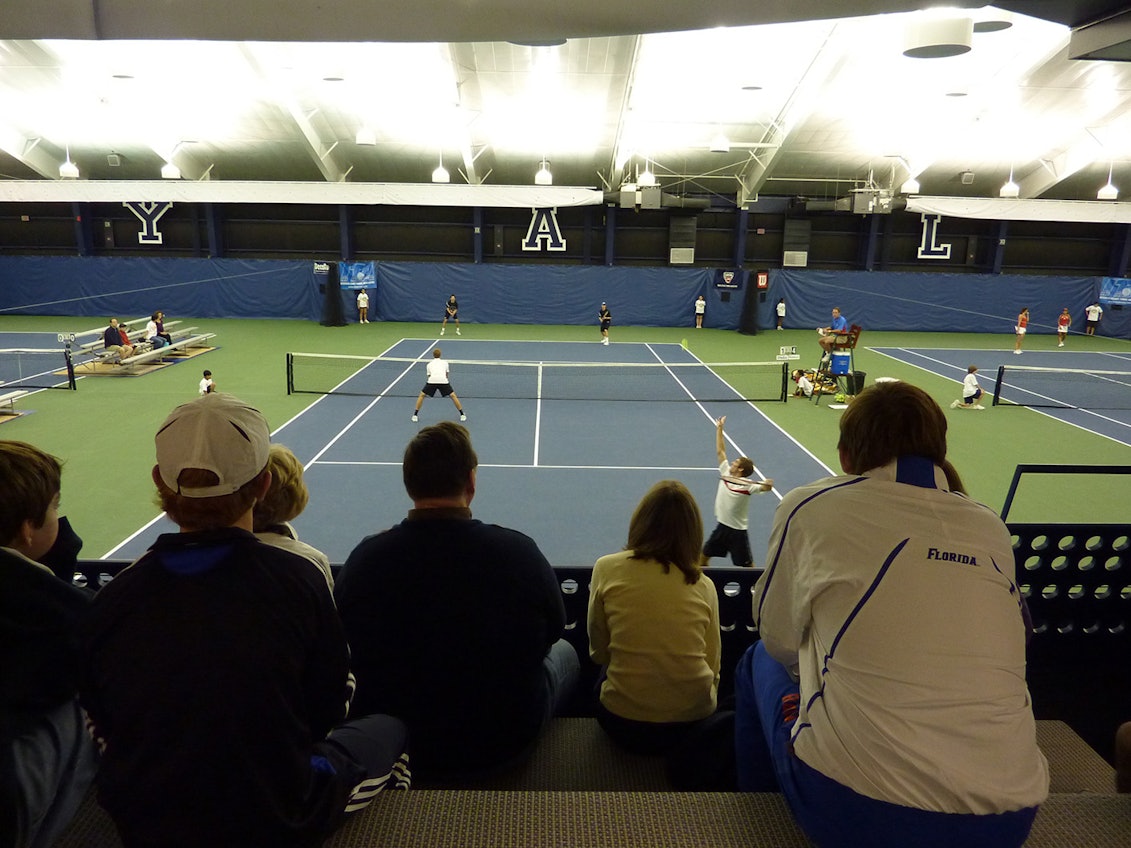 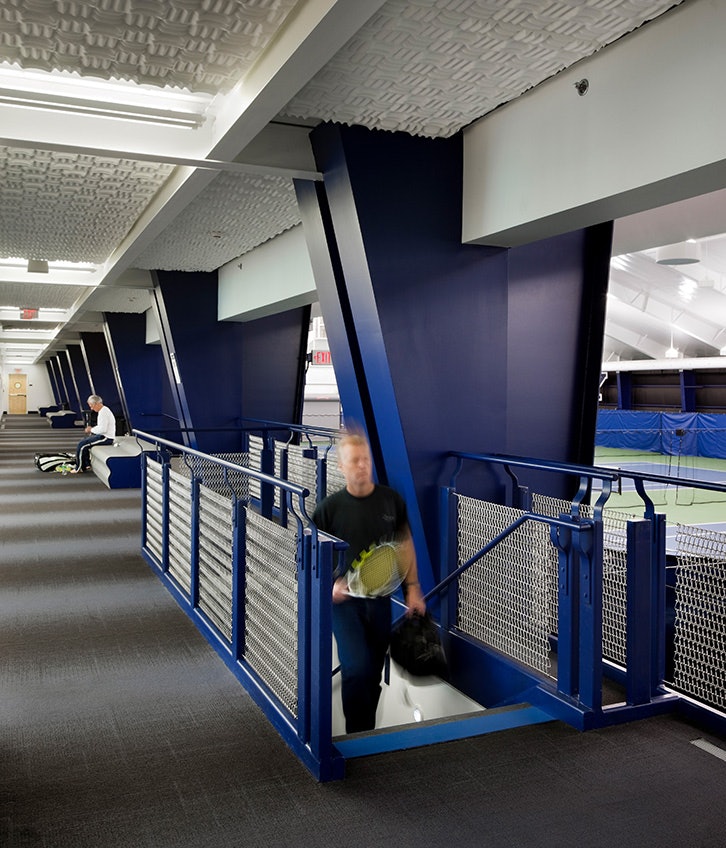 To fit on a tight sloping site and improve fan experience, a wedge shaped central viewing lobby was designed to connect the new court building to the old. The two tennis pavilions match each other in lighting and size to keep all courts equivalent for competition. The viewing lobby is one story above the new courts with overhanging bleachers astonishingly close to the action, while other seats just above the old courts add more up-close viewing for that pavilion. Coaches can move quickly from one pavilion to the other via a hallway below.

“The first time I walked into the Cullman-Heyman Tennis Center I was unbelievably impressed with it, the overall design, the graphics, the team rooms, with everything, said former Cornell University’s Women’s Tennis Head Coach David Geatz. "My teams have played all around the country, and this is the nicest facility of them all. It has a really nice college feel to it.”

Reviews from coaches, fans, and players have been glowing. Among them, professional tennis player and Pilot Pen Champion James Blake, who has practiced at the facility.

“The tennis center at Yale is wonderfully designed and fits perfectly for a college dual match, Blake said. “I think it will be the site of many memorable matches for the Eli's." 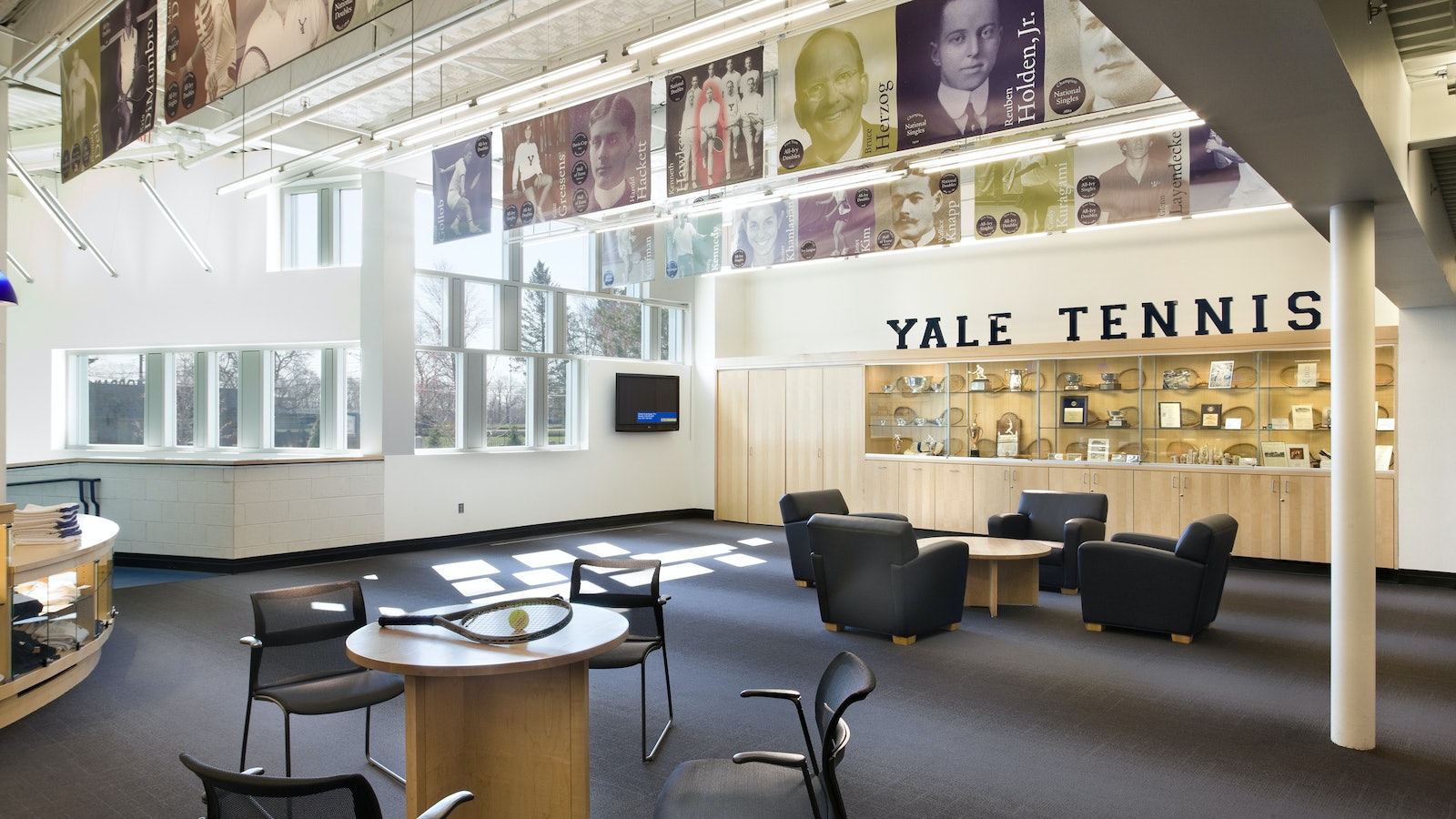 Yale Daily News: Behind the Venue