The Hood Museum of Art strengthens education in the arts at Dartmouth College, which first came into its own in 1962 with completion of the Hopkins Center for the Performing Arts, designed by Wallace K. Harrison.

The original Hood Museum, completed in 1985, added to the Hopkins Center a new building dedicated solely to the fine arts. The Hood had 12 art galleries; a 222 seat film and lecture theater; storage, work, and administrative spaces; plus connectors to several adjacent buildings - notably Harrison's modernist Performing Arts Center and a romanesque building, Wilson Hall, that had been renovated into performing arts classrooms. 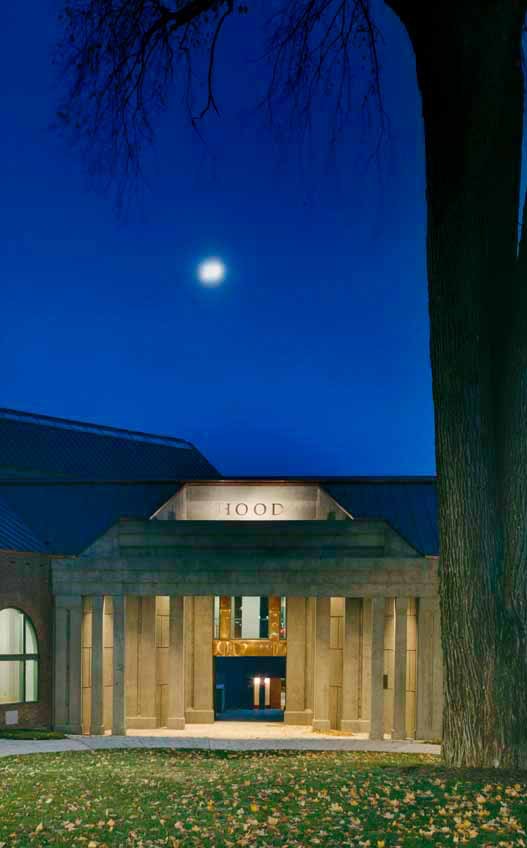 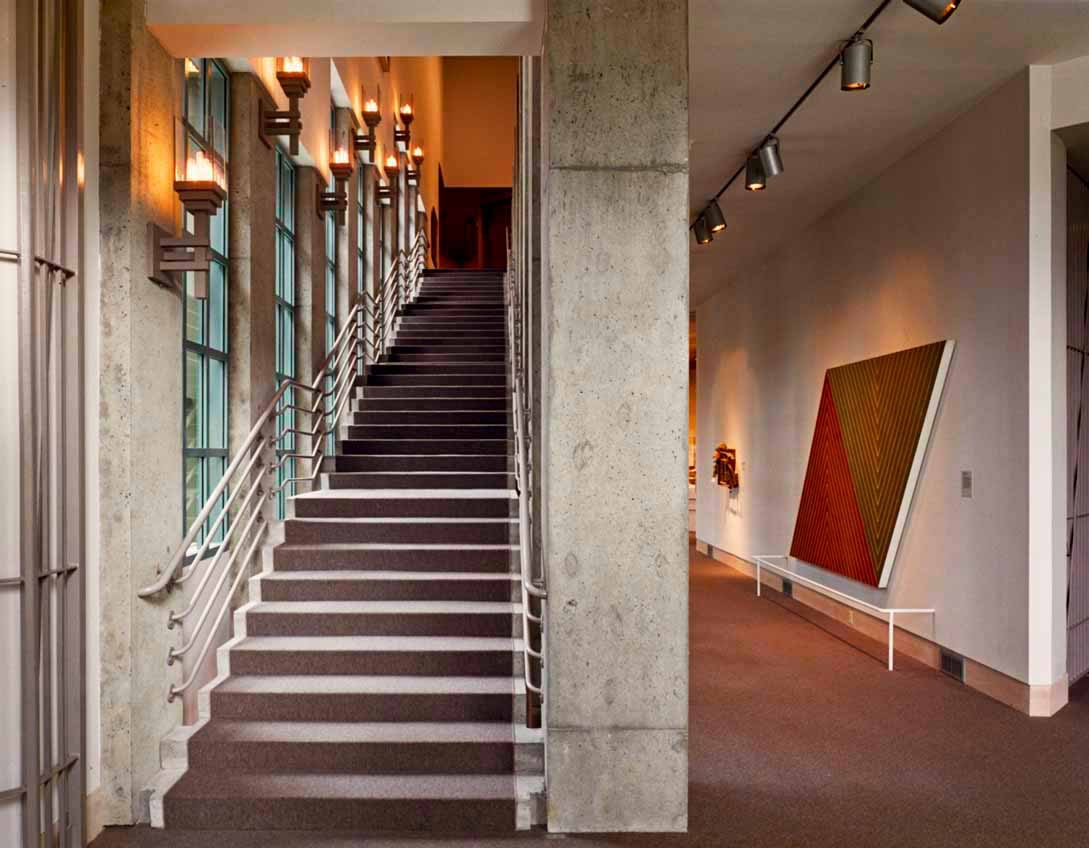 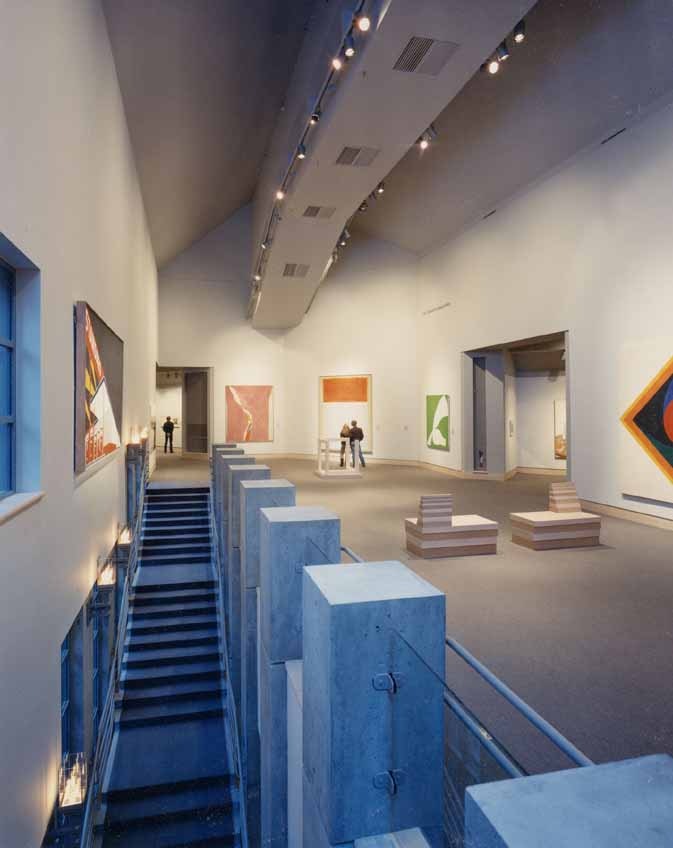 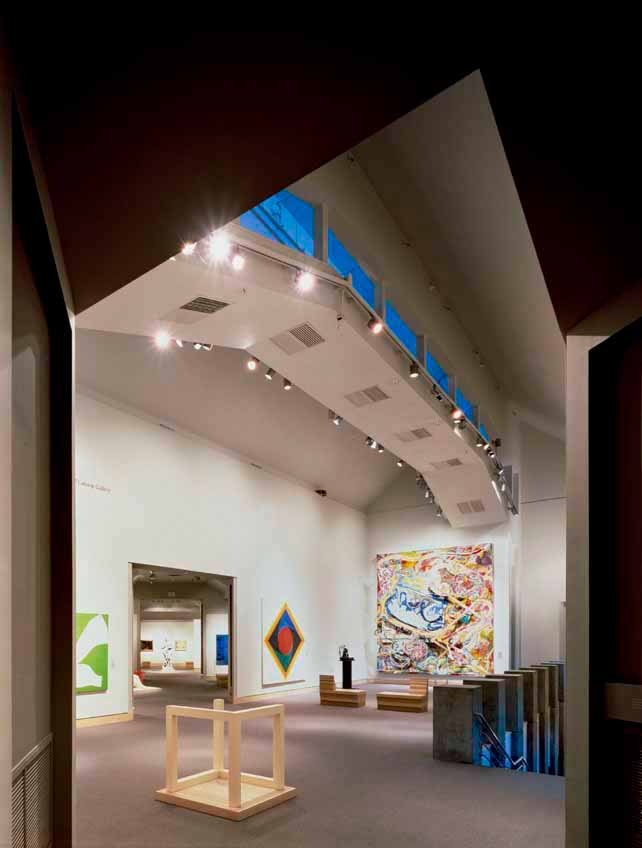 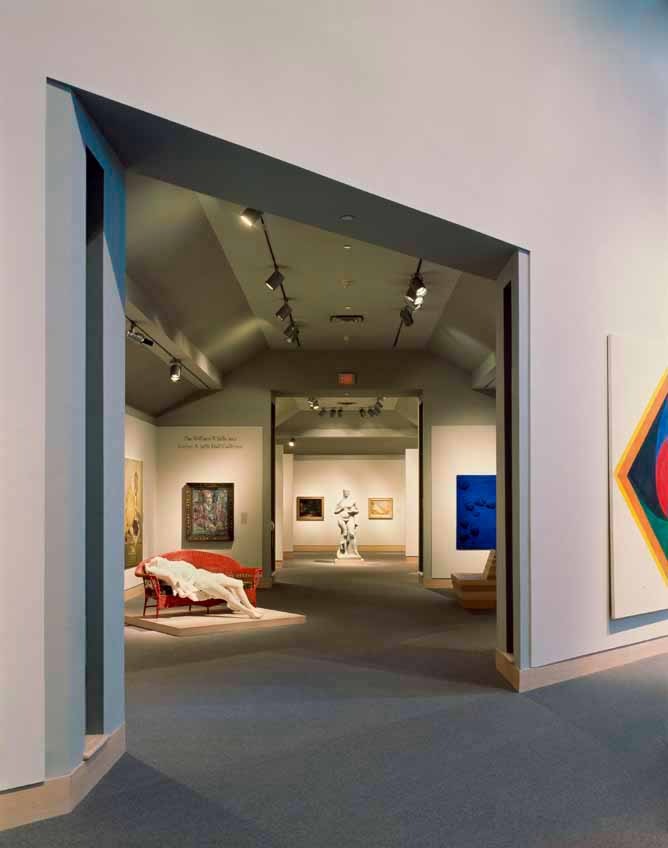 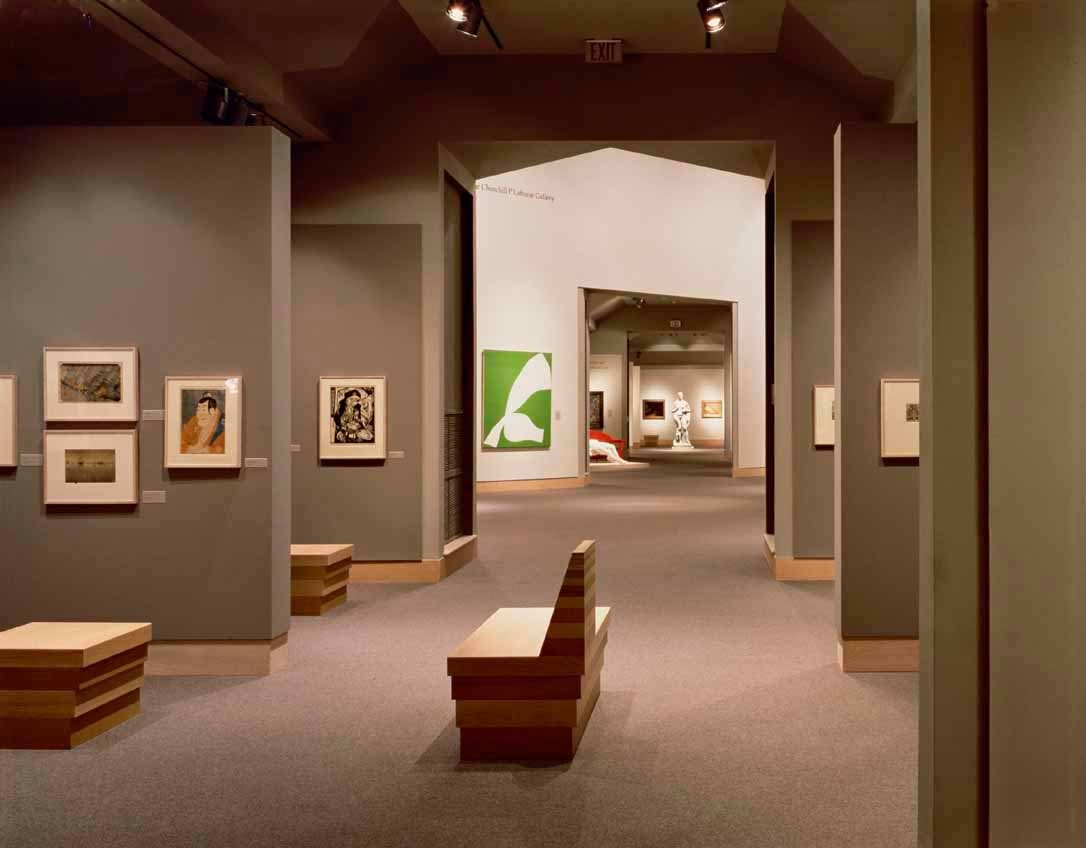 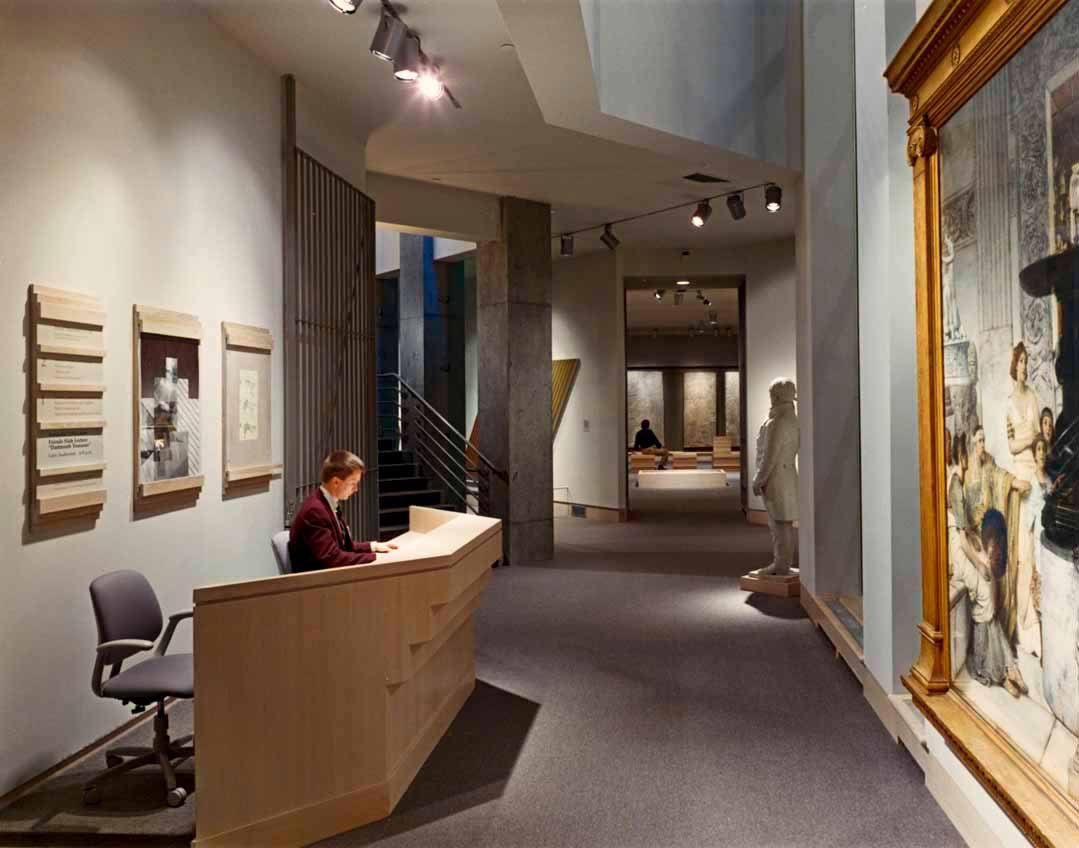 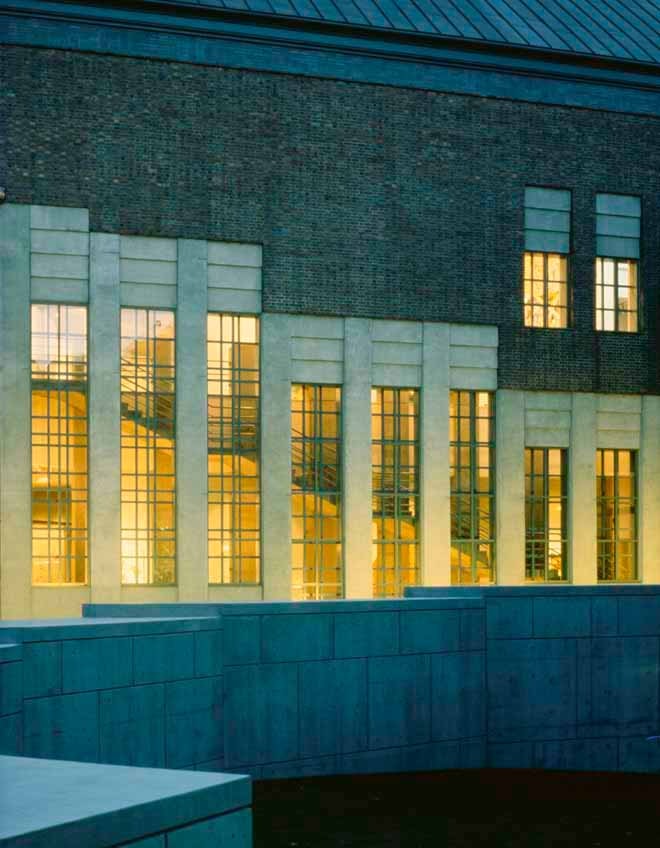 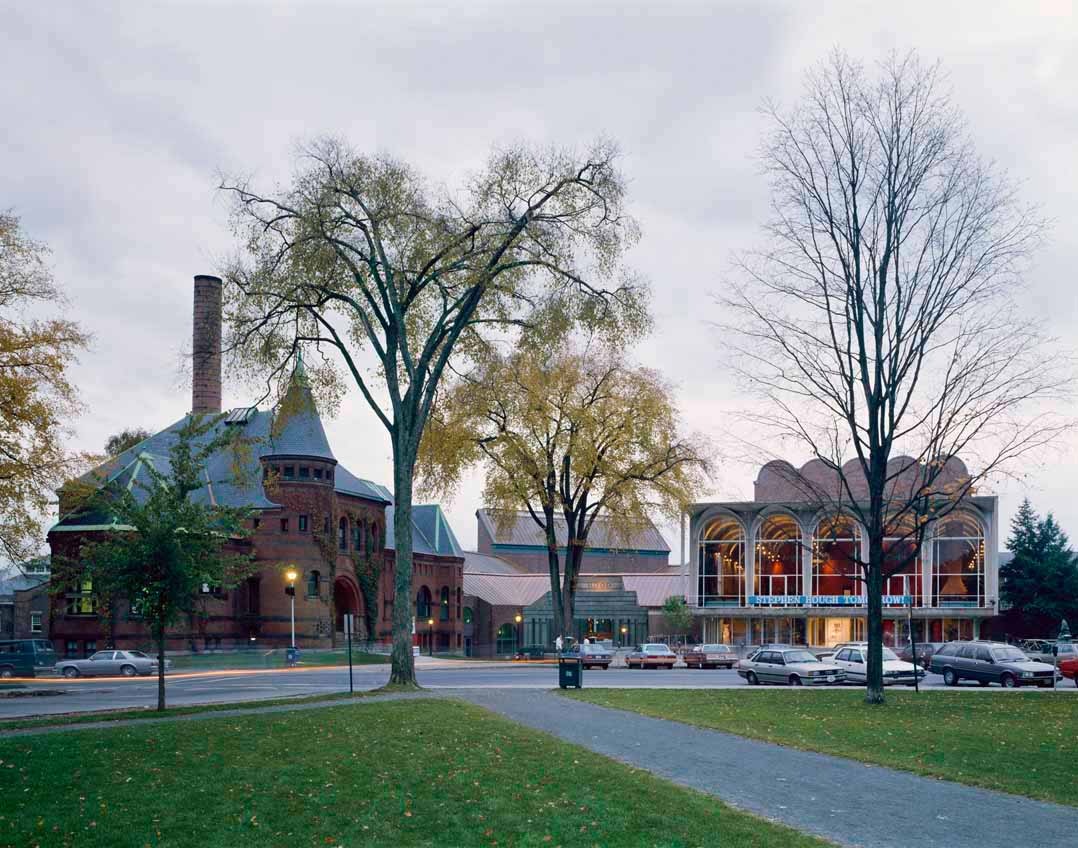 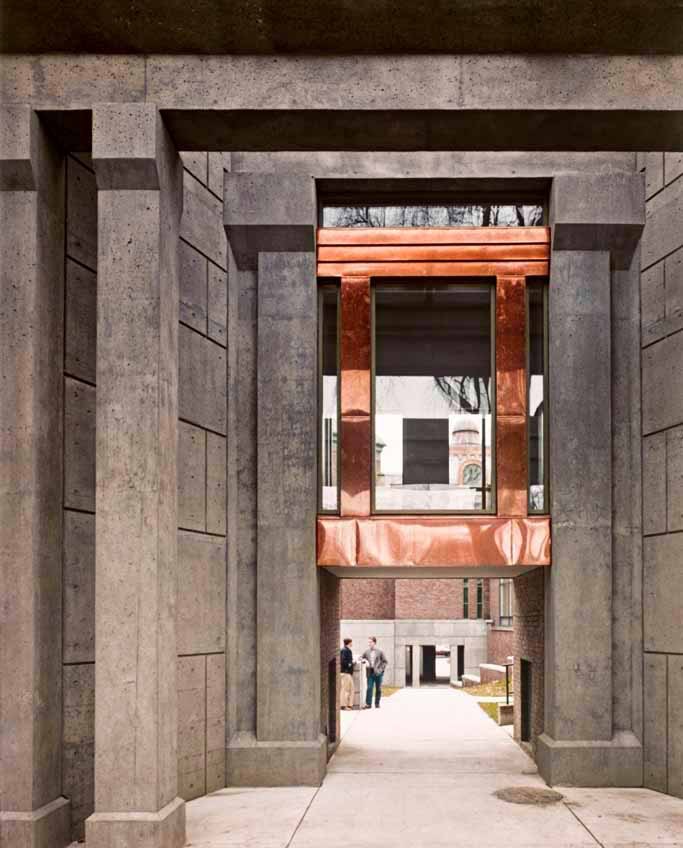 The museum building program required an individual identity for the museum, but it asked also for connection to these two flanking structures in order to ensure student exposure to all the arts and in order to reduce the effect of inclement weather in this northern climate. It was desired, also, that the museum have a presence on the Dartmouth Green and that it maintain a public entrance on a street to the south. Other constraints included the college heating plant to the immediate east, an undesirable neighbor, and an existing north-south pedestrian circulation path through the site that would have to be maintained.

The museum was configured north-south along the east edge of the site in order to create a wall that might hide the heating plant. In the resulting space between the museum and the Hopkins Center, several small courtyards were created with two connectors. Pedestrian circulation is maintained from courtyard to courtyard along a gently ramped path.

While it was Centerbrook's objective, too, that the new museum should have its own identity, this was not to be at the expense of crowding its neighbors. So the museum was made to recede, with only a low connector and an outdoor gateway linking Wilson Hall and the Hopkins Center. It is on the other side of this gateway that the Hood Museum rose to its tallest height. Here, the museum's turned gable roof and simple brick walls are reminiscent of traditional New England architecture. The museum mediated gently between the romanesque vigor of Wilson Hall and the modern cleanness of line of the Hopkins Center.

On the interior, the galleries were subordinated to the objects on exhibit. A series of small galleries aligned along the longitudinal axis of the building were reminiscent of the public rooms of great houses for which many of the objects originally were intended. A 20th century gallery on the top floor had high walls for the display of large works. Natural light was admitted mostly at circulation points: along the great stairs, at the lobby, and above a catwalk in the 20th century gallery from which exhibit lighting is hung. 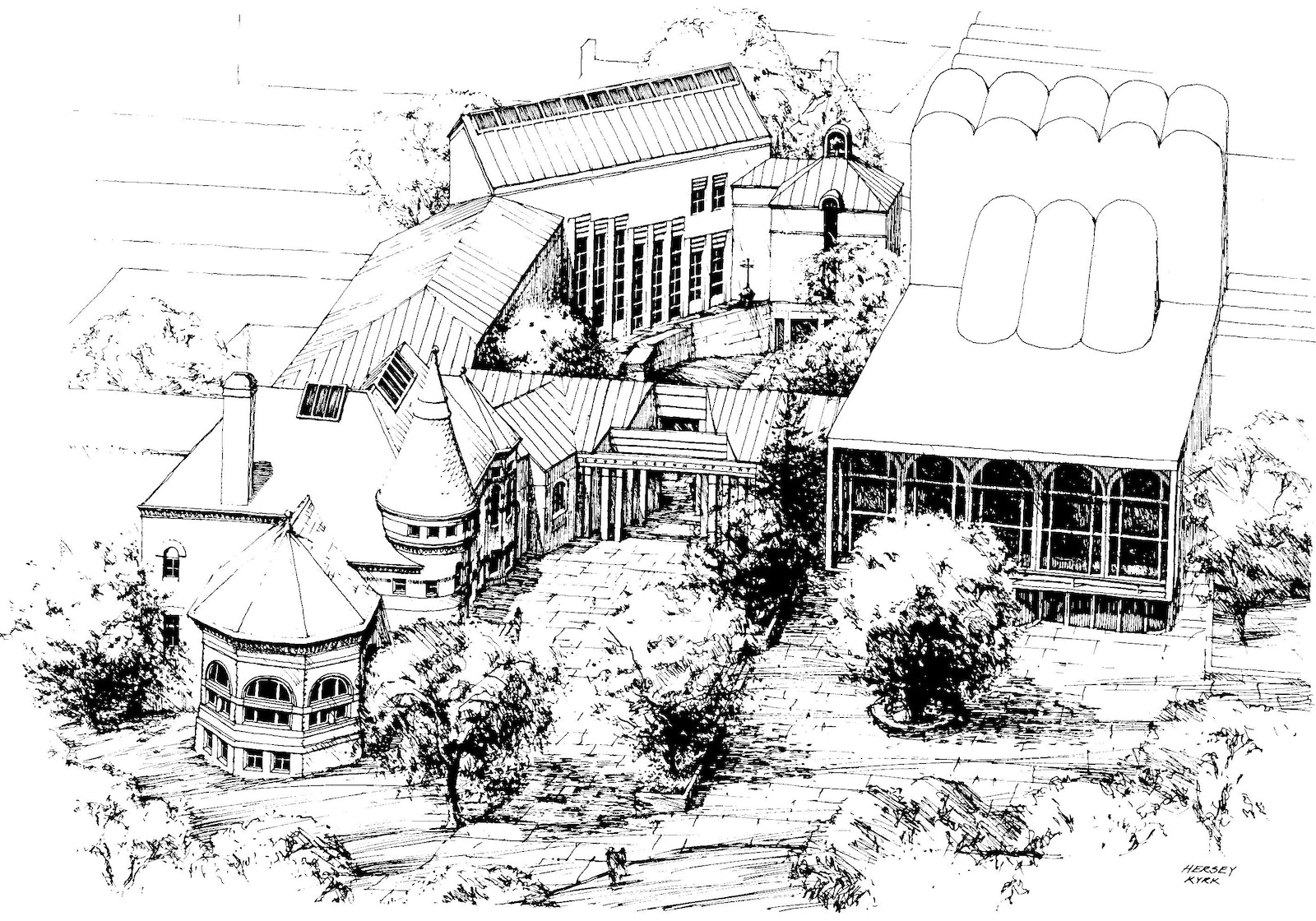 "The Hood treats every painting, sculpture, textile, print, or whatever with equal respect." - Boston Globe, October 16, 1985

"What [Centerbrook] ended up doing was creating a red-brick building that looks like nothing around it, but which nonetheless manages to bring its distinctly different surroundings into harmony." - Paul Goldberger, New York Times, October 26, 1985

"This is not a vulnerable modernism whose esthetic purity diminishes with every weather stain. The Hood is meant to improve with age." - Architectural Record, February 1986