Centerbrook designed the expansion of the Eugene O'Neill Theater Center, where the likes of Meryl Streep, August Wilson, and Michael Douglas got their start. It encompassed eight new cottages and a rehearsal hall with composition and dance studios - thereby creating living, rehearsal, and production space for an additional 65 artists on the historic seaside campus. The project also upgraded parking, reorganized visitor access, and renovated several existing buildings. 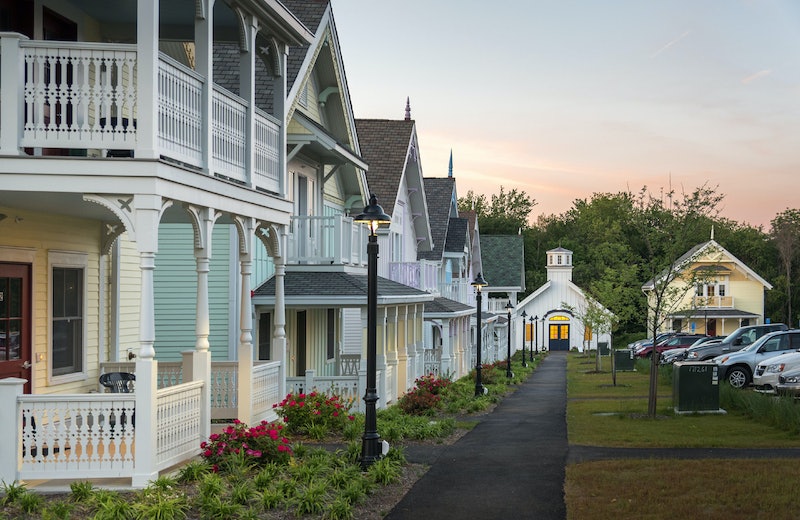 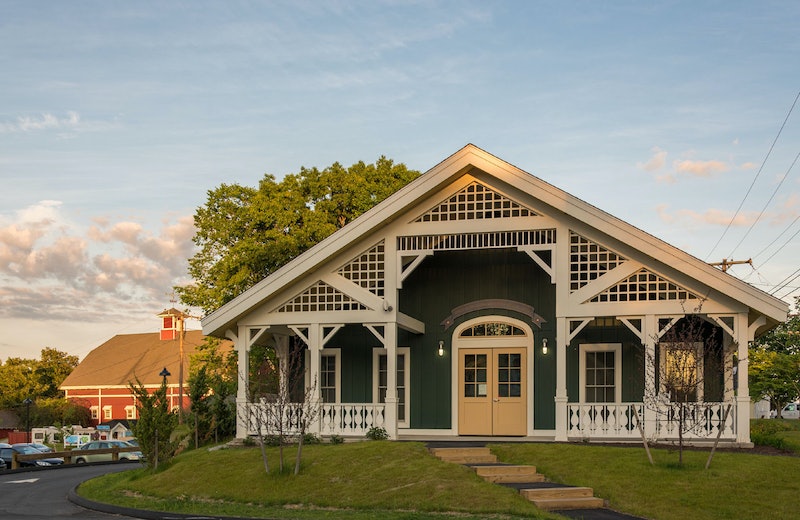 Centerbrook first developed a master plan with the client for the site to preserve and enhance the O’Neill’s special character and to provide for future growth, including a dining hall and theater. The existing campus consists of a collection of Victorian, Federal, and rustic farm buildings set amidst stone walls and expansive pastures leading down to Long Island Sound.

“We thought a group of charming small cottages might minimize the impact of so much new construction on the campus’s lovely open space,” Centerbrook Principal Chad Floyd said. “We also liked the idea of a socially inviting village for the many actors, playwrights, and directors who visit throughout the year, and we hoped the comfortable porches and intricate Victorian detailing would create an atmosphere of a simpler time. So we decided to tap into America’s 19th century Methodist Camp tradition."

Those camps were built in woodsy locales under shady trees and consisted of tiny Victorian cottages surrounding a big central pavilion where daily prayer and community gatherings took place. The camps eventually lost their religious focus and morphed into cultural “cottage camps,” some of them, like Chautauqua in New York State, centering on the performing arts. 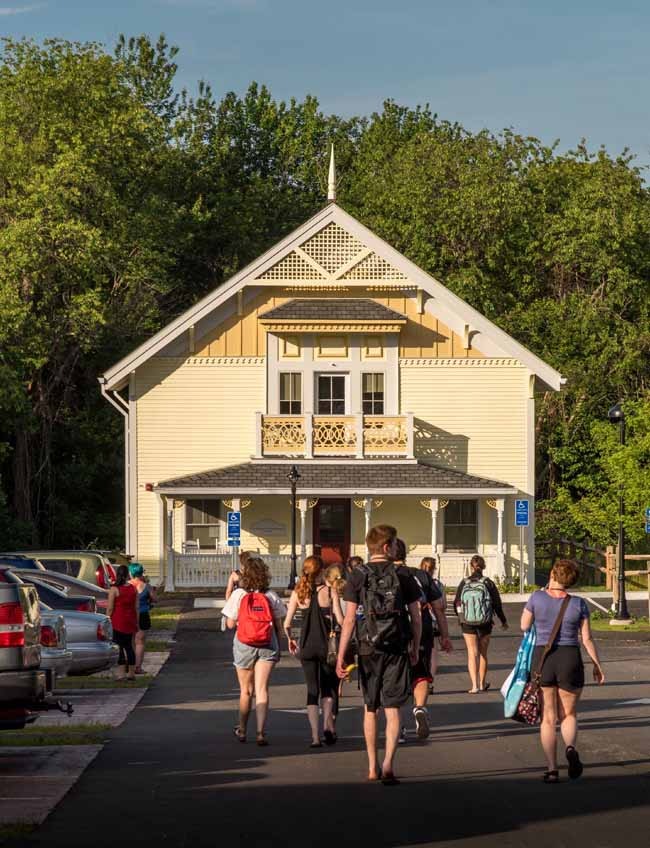 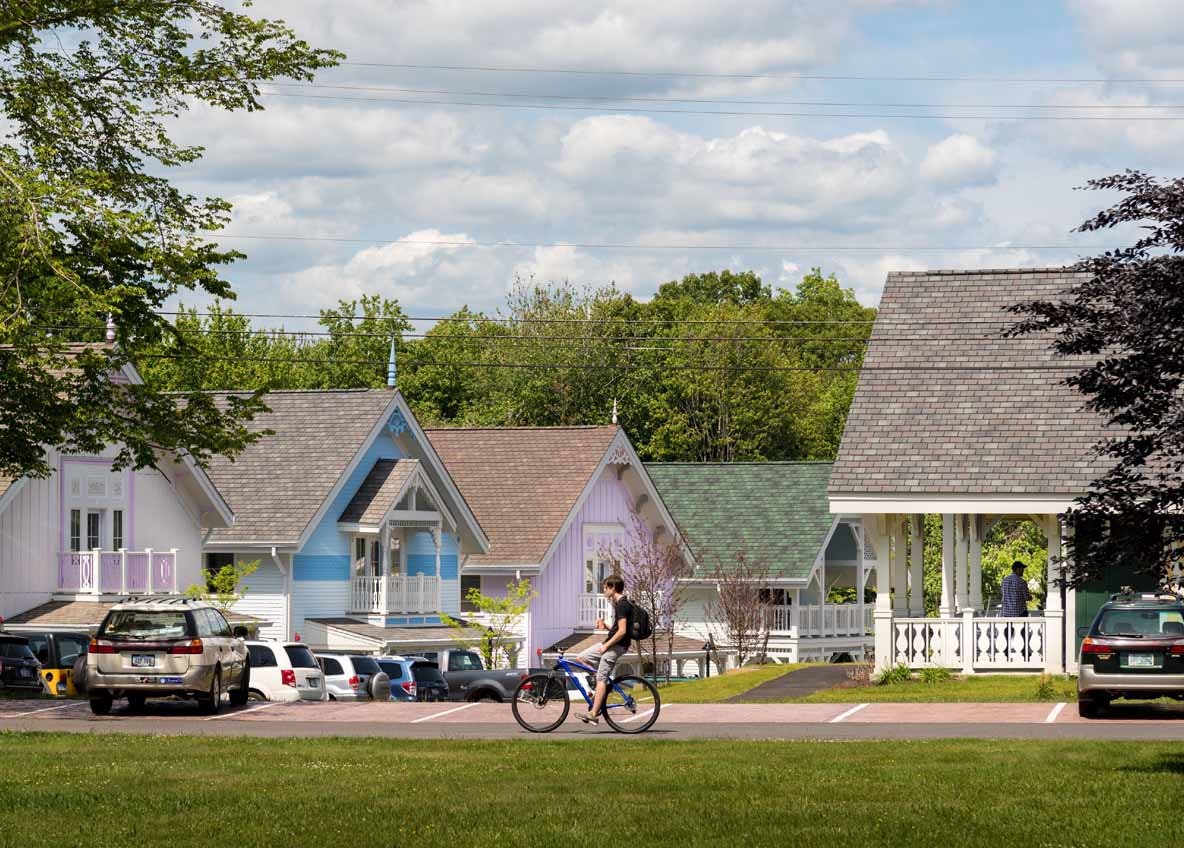 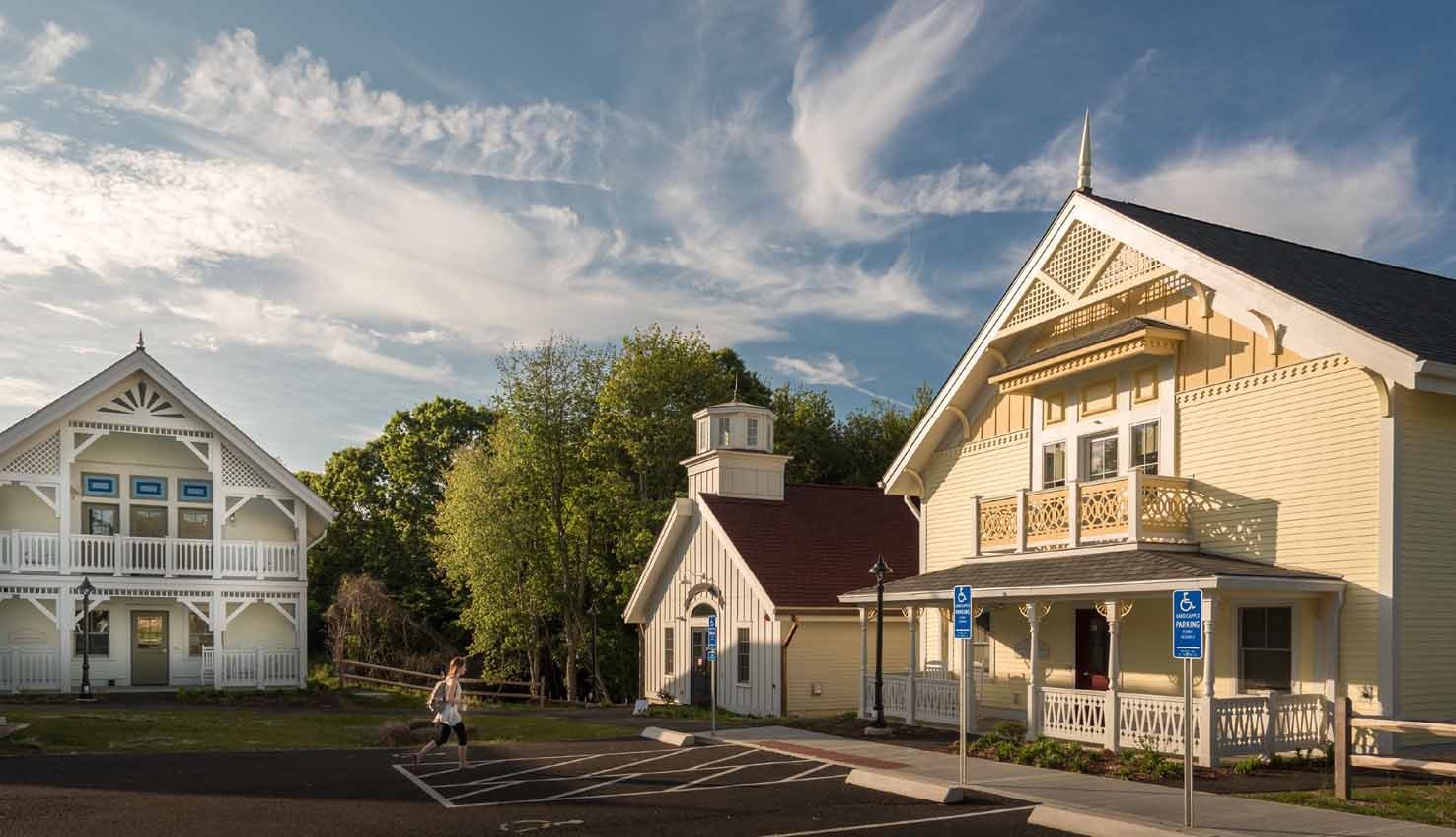 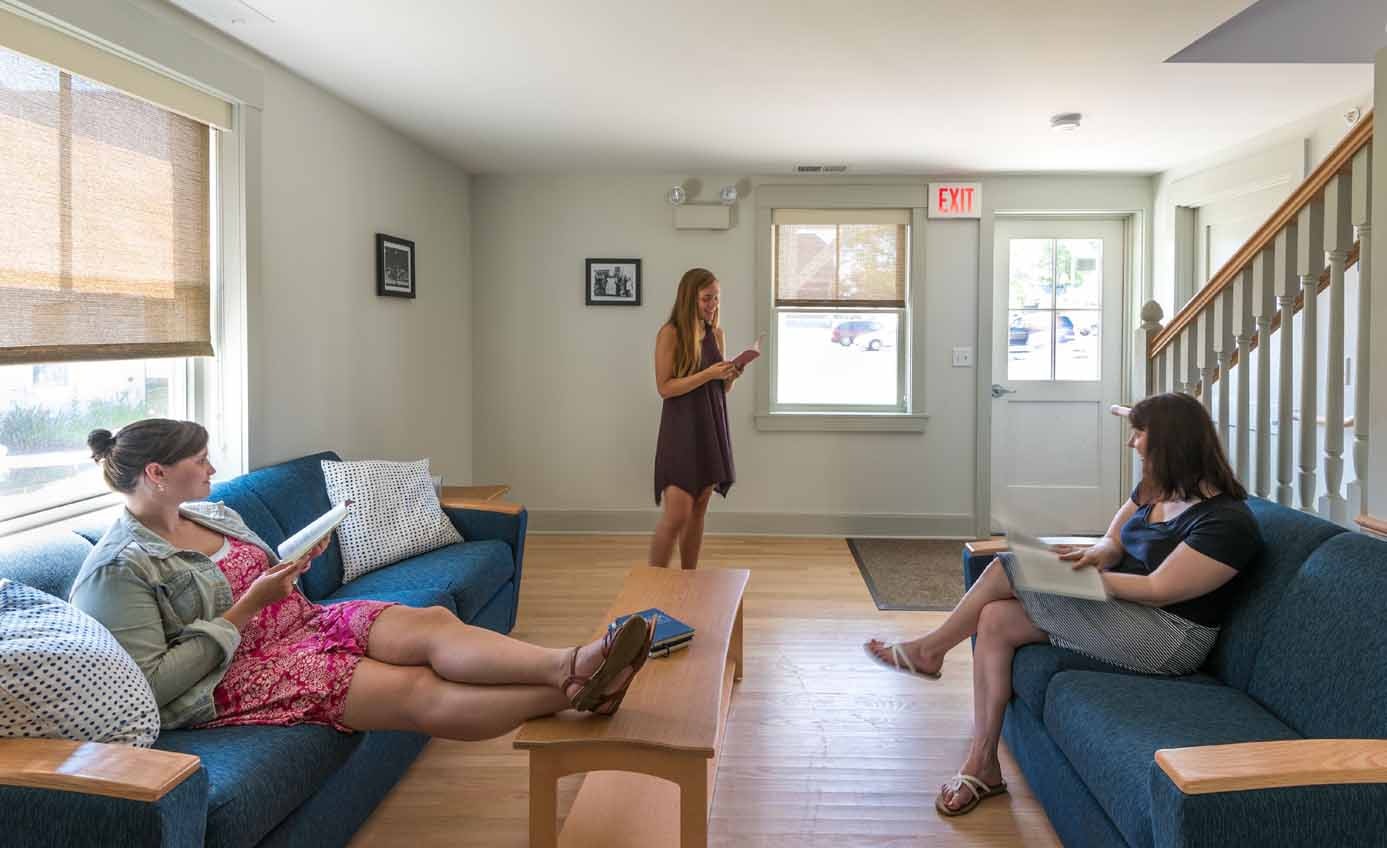 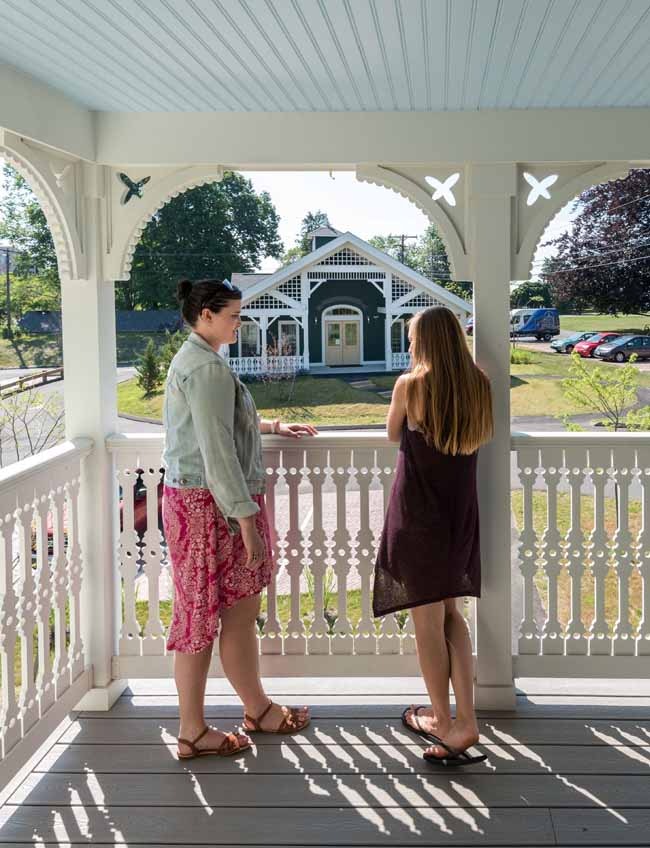 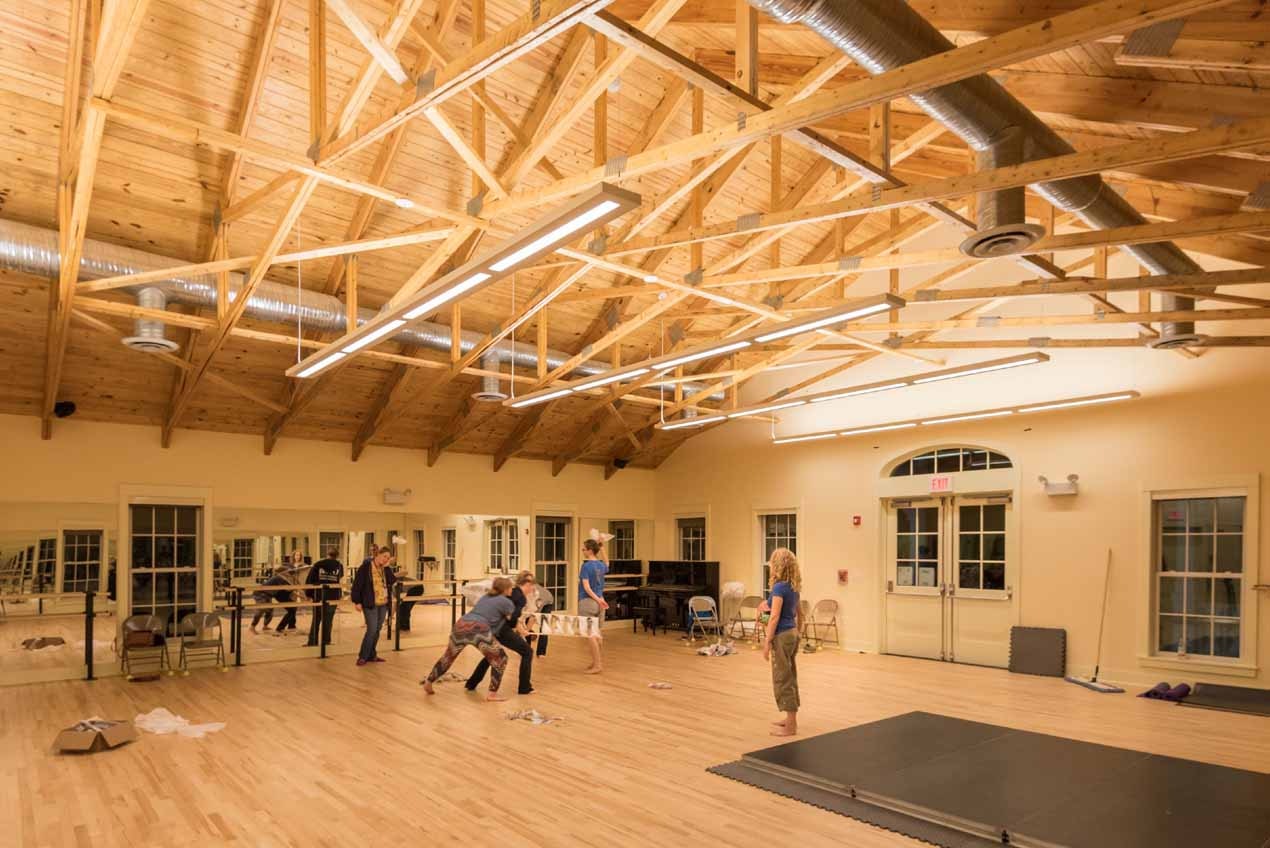 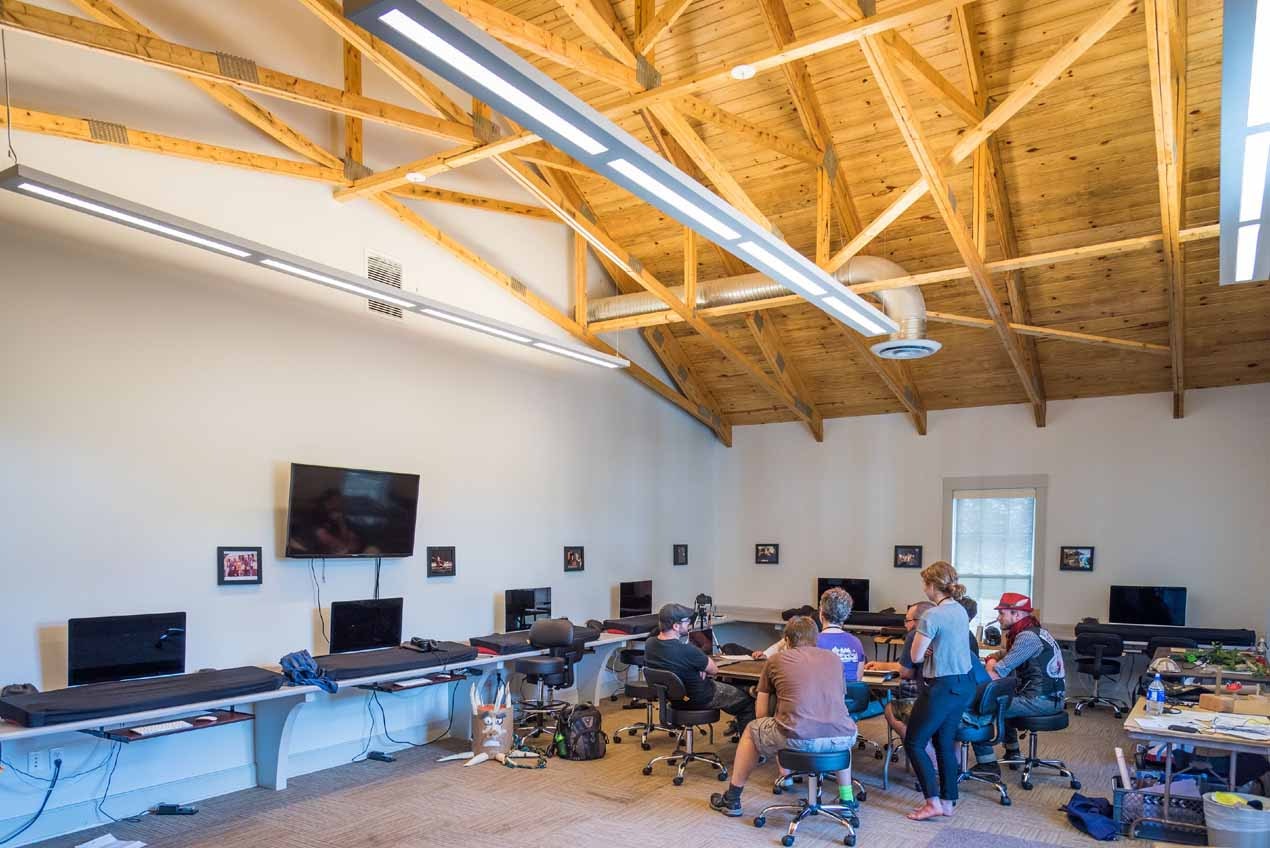 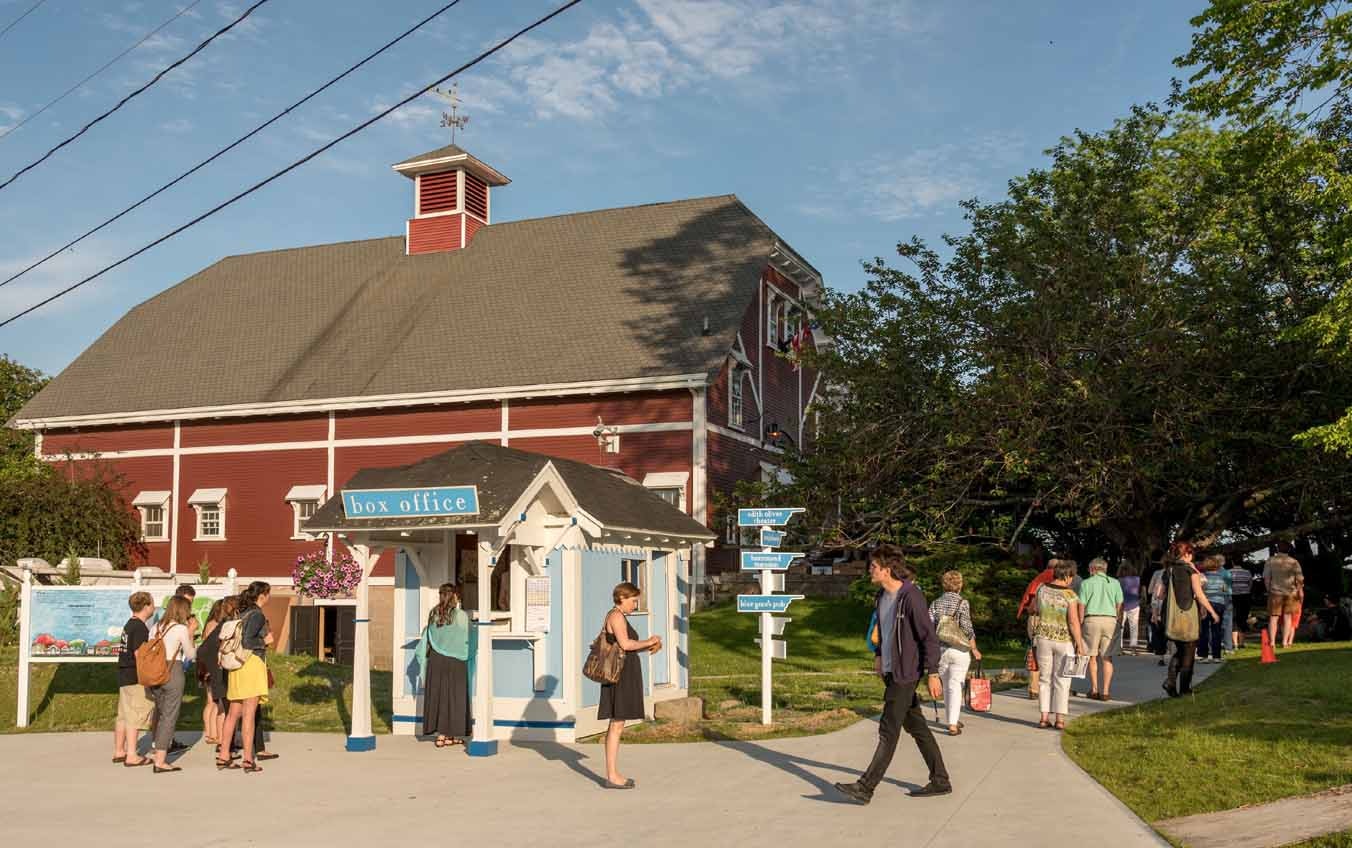 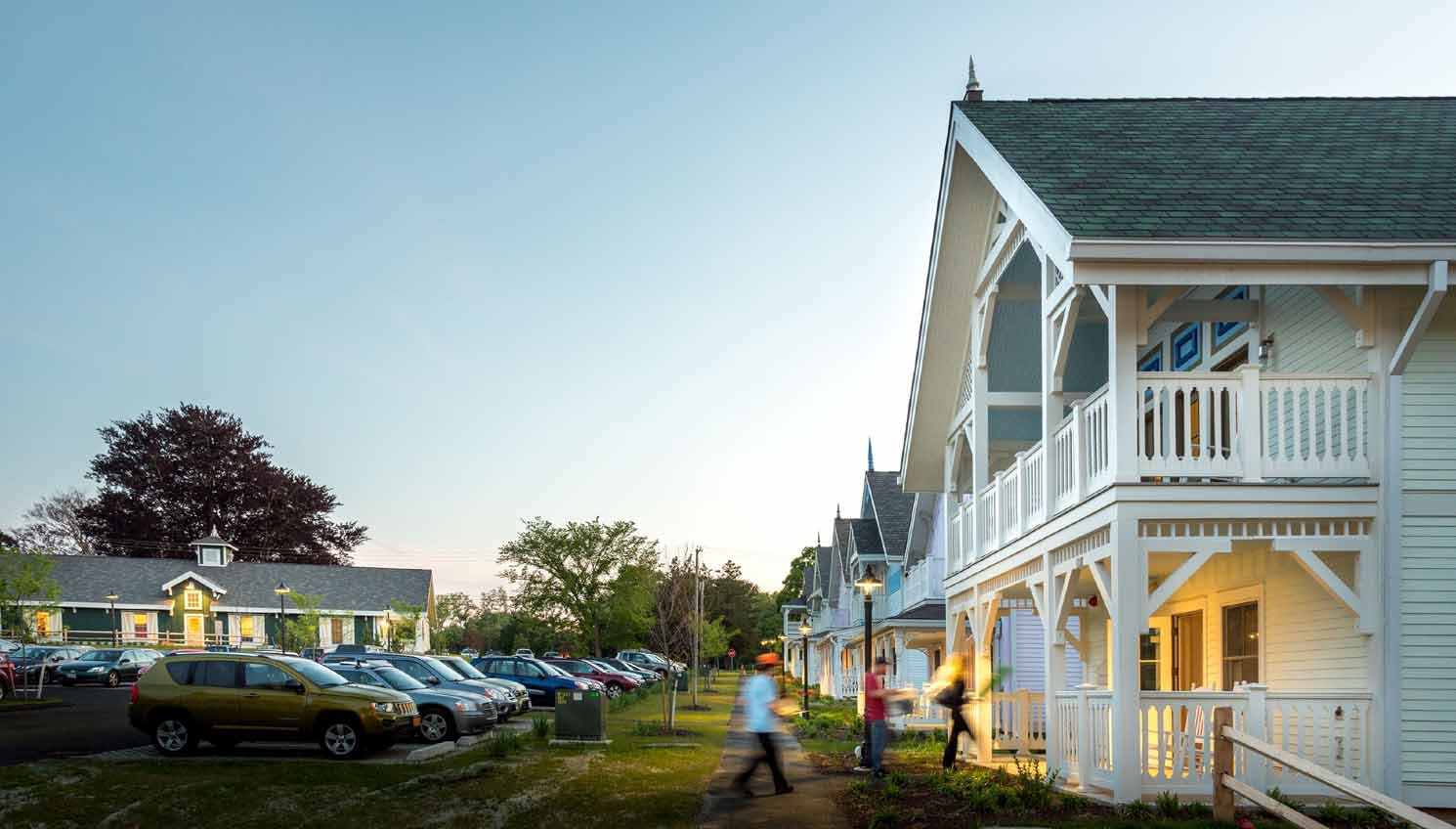 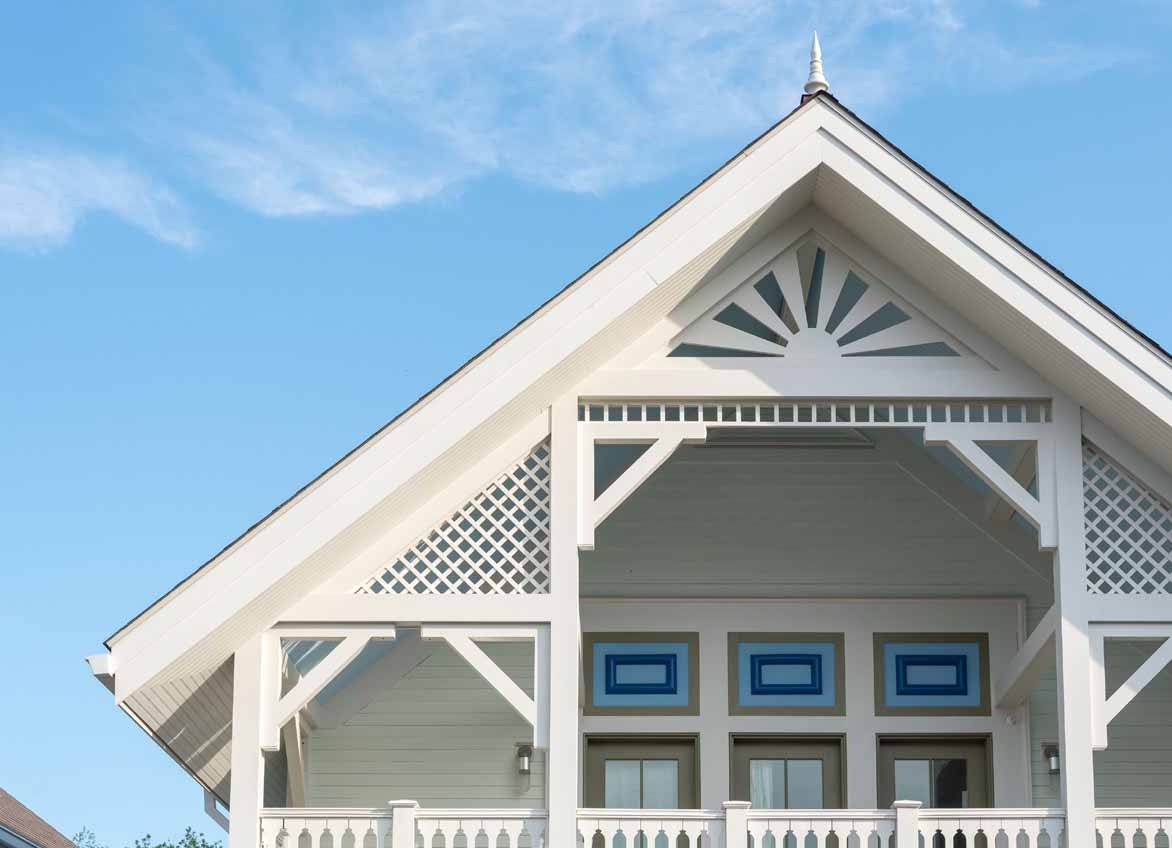 The new housing and rehearsal building are named for many well-known artists central to the O'Neill Center mission of discovering, nurturing, and developing new artists and new work for the American Theater, including: Jim & Jane Henson Rehearsal Hall, the Wendy Wasserstein Cottage, and the Ted Hartley and Dina Merrill Cottage.

Founded in 1964, the Tony Award-winning O’Neill Center develops and nurtures new artists and new work for the stage and is home to six distinct programs, among them the annual O’Neill Playwrights Conference, Music Theater Conference, and Puppetry Conference. The seven hundred works that have been developed and premiered there include Broadway and off-Broadway plays by August Wilson, Lee Blessing and Wendy Wasserstein. Board member Al Pacino is an O’Neill alumni.

CBK Blog: Making a Place for the Arts and Artists