The challenge was to transform a basement used for storage and other utilitarian purposes into a bright and engaging new museum for Fairfield University and its growing art collections.

The Fairfield University Art Museum features three distinct galleries, as well as spaces for staff, a classroom, and art storage and prep areas. It has drawn rave reviews from The New York Times, among others.

“Centerbrook’s painstaking attention to detail and thoughtful engagement with our programming has resulted in a compelling new art museum. The museum is not only welcoming and elegant but also meets rigorous technical standards. We are thrilled with the results, and proud to welcome the public into these glorious spaces.” Jill Deupi, the museum’s former director 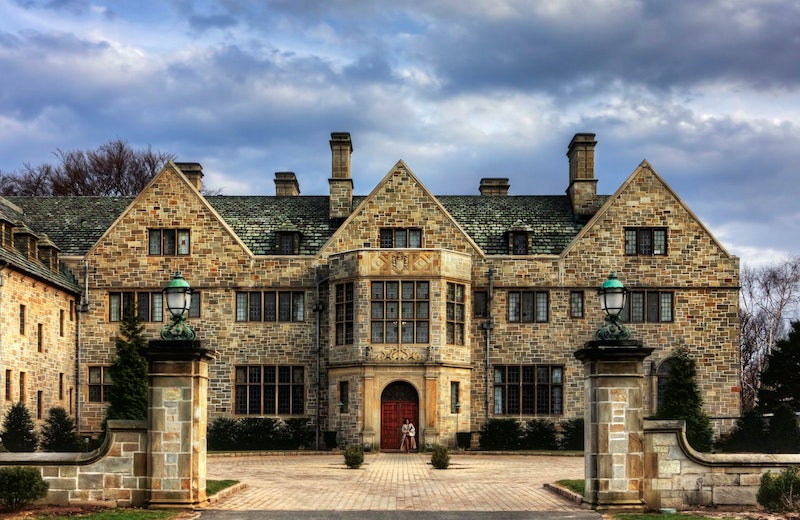 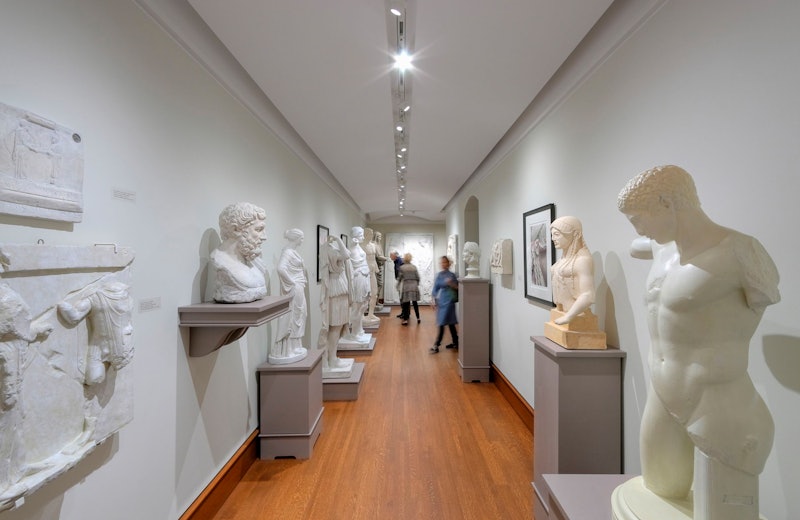 Located in the modified Tudor and Gothic style mansion that houses the offices of the university president, the museum displays temporary exhibitions and houses the university’s collections, including Renaissance and Baroque paintings, plaster casts after Greco-Roman antiquities, non-Western art objects, and twenty pieces from the Celtic and Medieval periods that are on loan from the Metropolitan Museum of Art/The Cloisters.

The renovation project grew out of a multi-year initiative to enhance the teaching of art history and the humanities at Fairfield, and was sparked by a 2008 donation from school alumnus and trustee John Meditz, class of 1970. The museum also complements the existing Thomas J. Walsh Art Gallery, which holds temporary exhibitions of modern and contemporary art.

Entry to the museum is through a door in the building’s lobby, down a set of stairs to a catacomb-like basement with thick concrete walls – a space that conveys a sense of mystery, of being apart from the world. The gallery design was inspired by an almost complete cruciform plan that was discovered in the basement. Large stairs, reminiscent of Michelangelo’s Laurentian Library in Florence, lead to the main galleries, where original concrete arches were exposed to provide access to a side gallery.

The New York Times wrote that the design “required unconventional creativity” by the architects and quoted Emily Rafferty, President of the Metropolitan Museum of Art, “I think they’ve done a really splendid job. They’ve attended to every detail.” 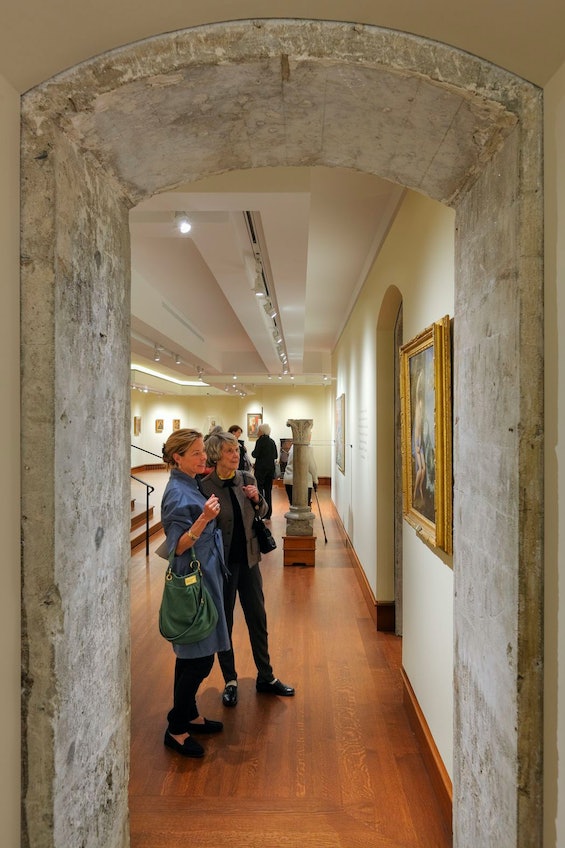 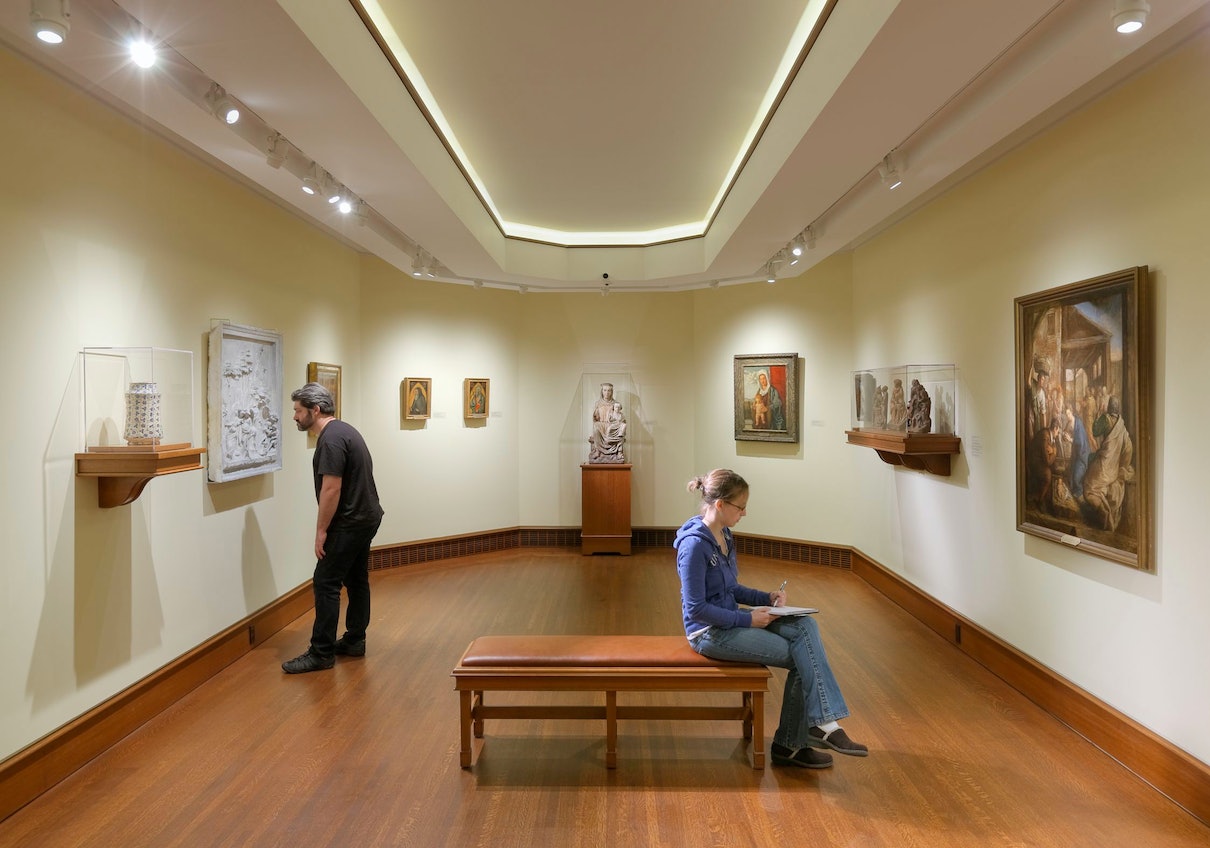 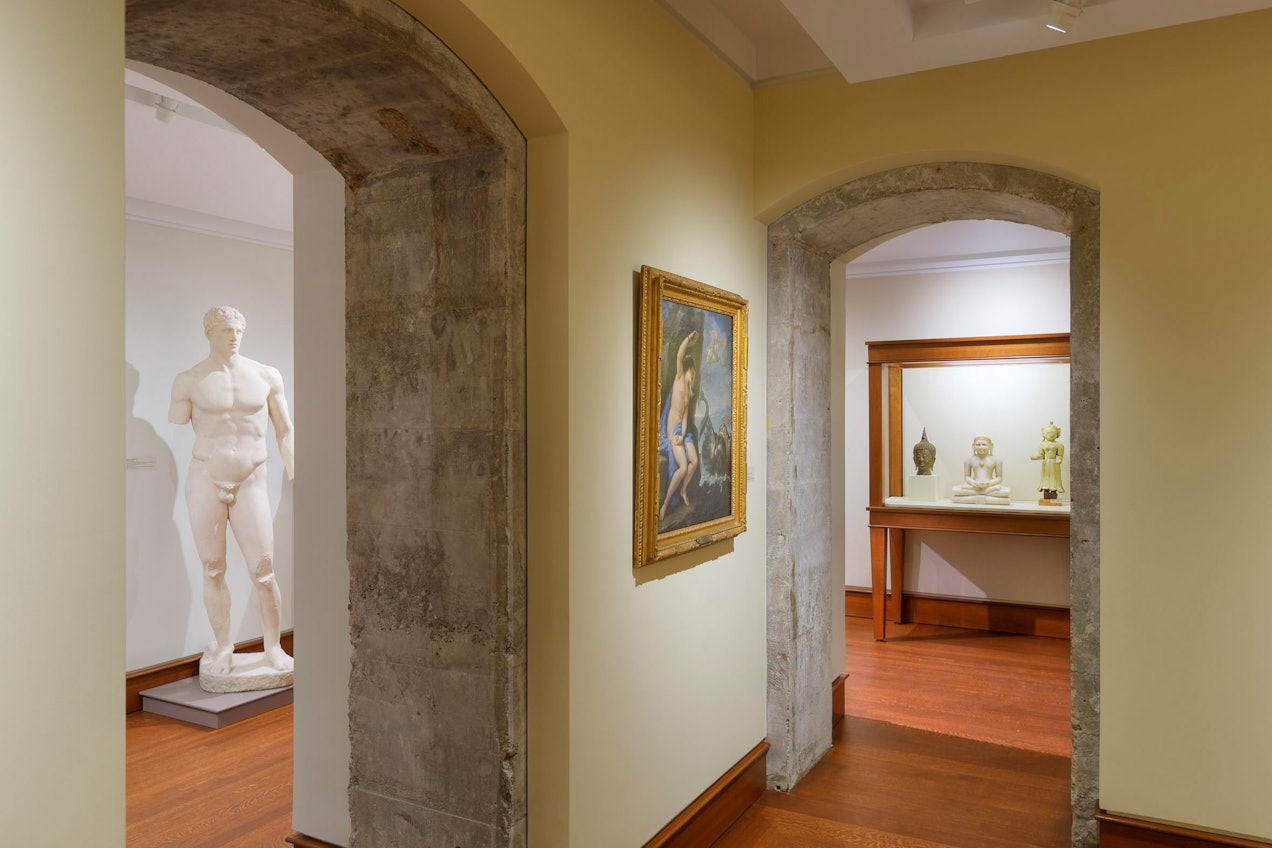 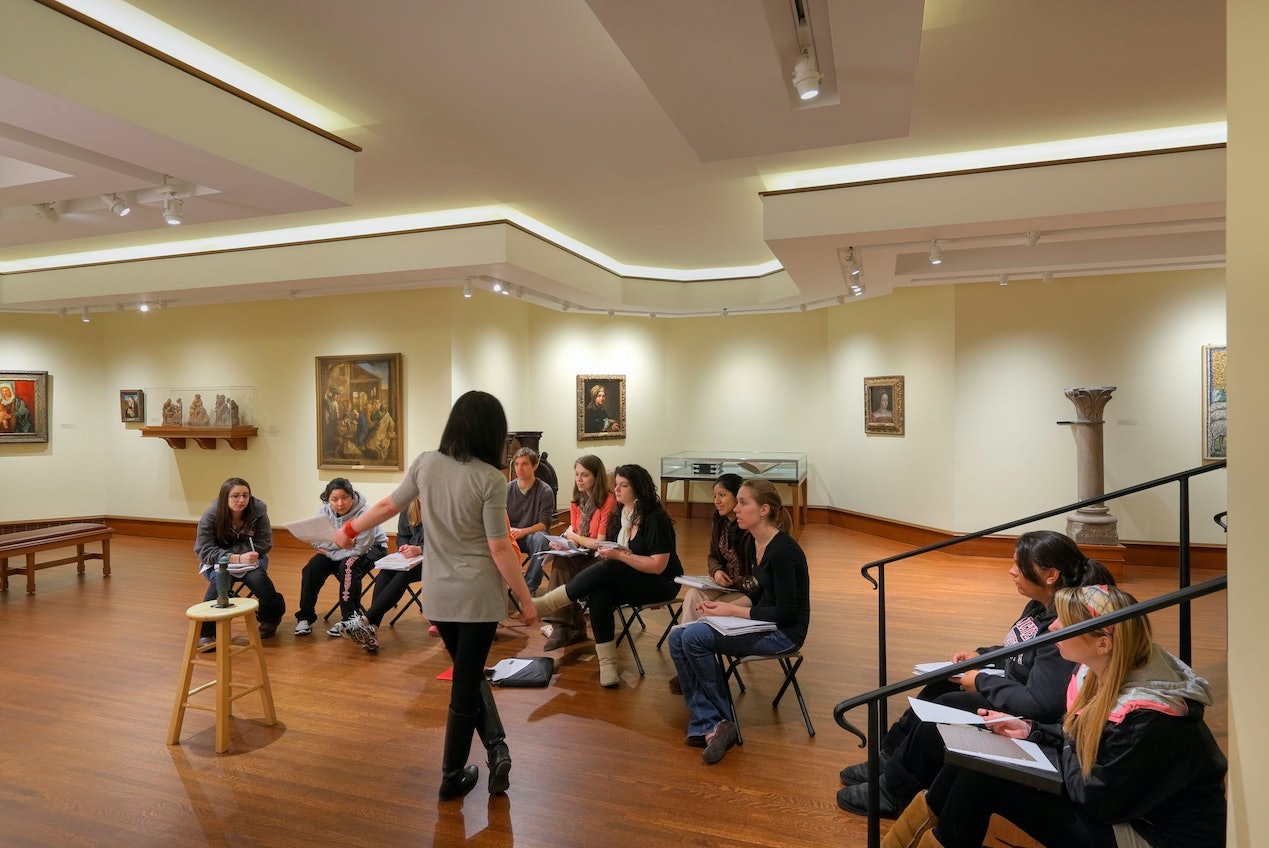 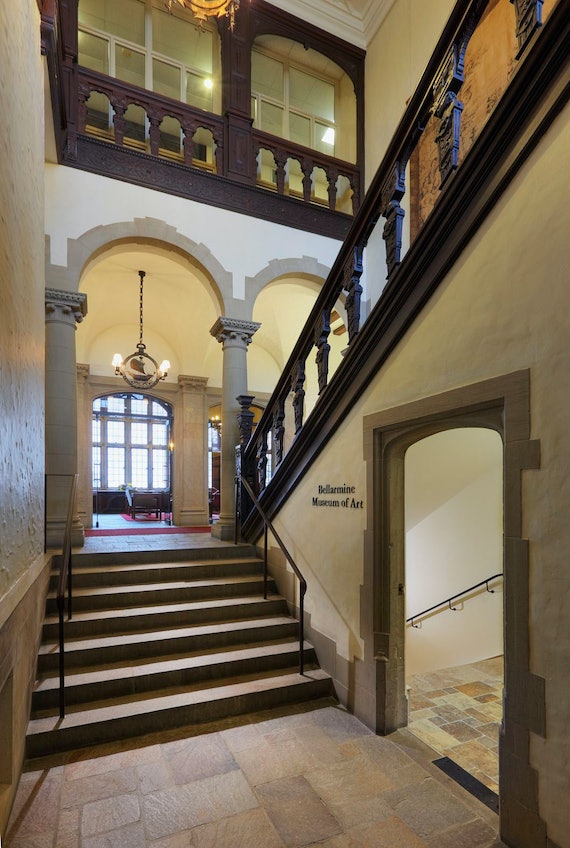 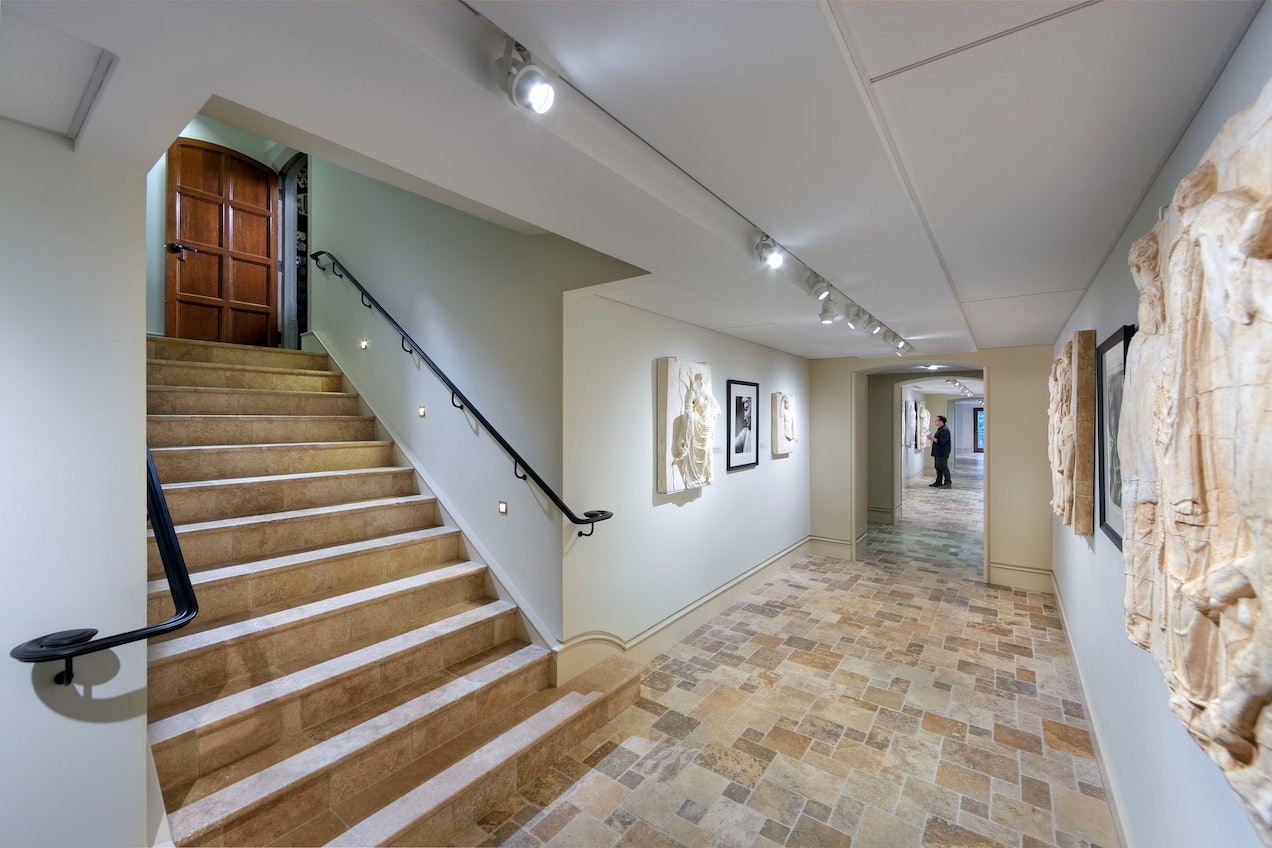 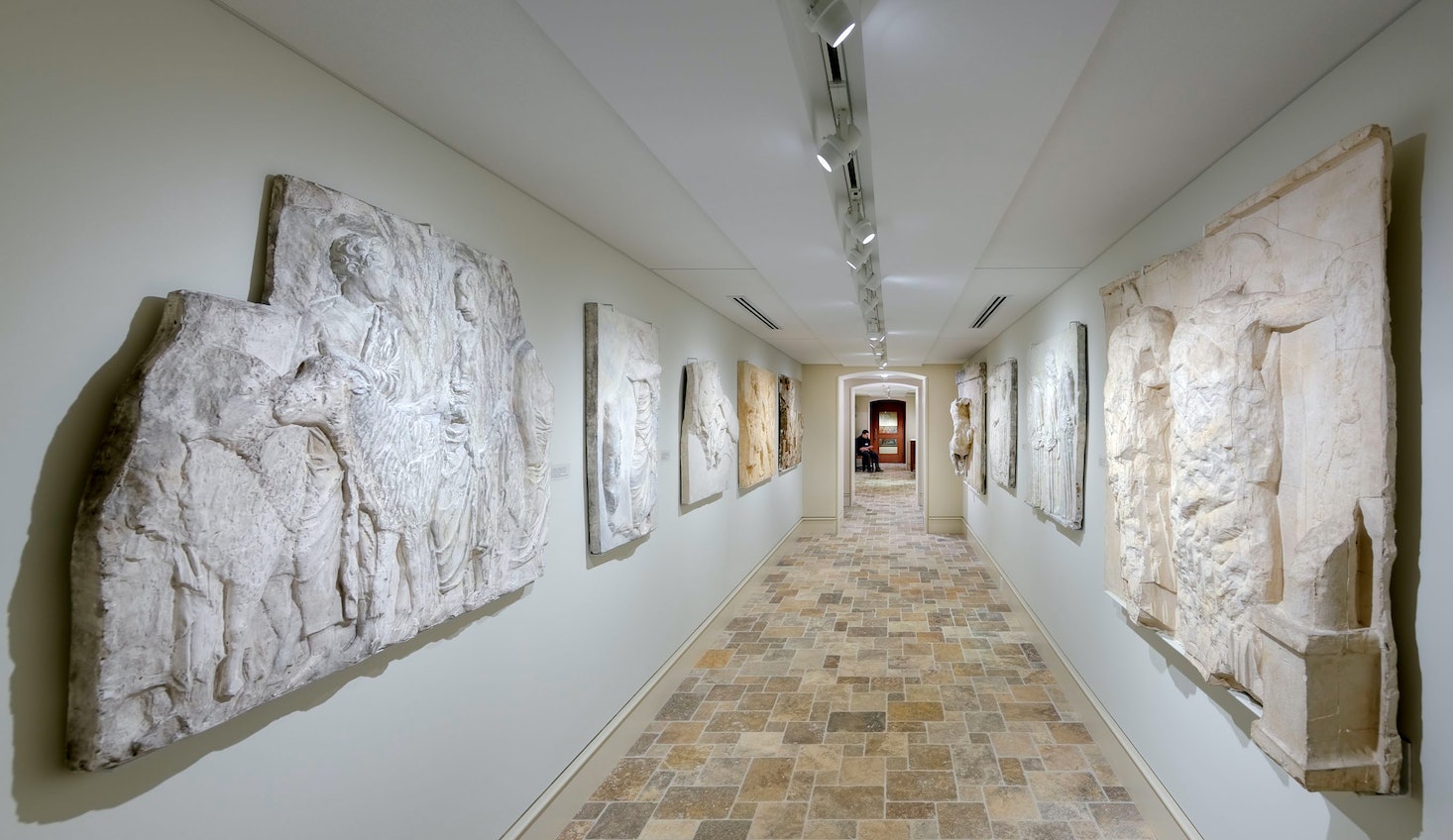 Modern materials and textures sympathetic to the original Bellarmine Hall and The Cloisters were employed. A ceiling accent element helps reinforce the cruciform shape of the plan, houses the lighting, and creates a higher ceiling. In the Cast Corridor, which leads into the main gallery, thick arches, inspired by the existing ones, were added to establish a few distinct and smaller spaces for art that is more appropriate to display with a lower ceiling.