This project combines completed and projected future phases of renovation, addition, and restoration for an historic theater and three adjacent buildings in downtown New London, Connecticut. The goal was to link the buildings into a single lively complex devoted to the arts, with the added hope of revitalizing a decaying downtown.

“This project is a success on every level. The beauty of the space has the community in awe. Many people refer to the theatre as 'the jewel of New London'.” Garde Executive Director, Steven M. Sigel

The theater opened in 1926 as a vaudeville and silent film house with a colorful Moroccan interior, long ago painted over. A lobby at the center of the block, though adequate for films, was too small to accommodate intermissions for a modern performing arts center. Retail shops were interposed between the inner lobby and a sloping street, resulting in staggered floor elevations and disconnected interior volumes.

The architectural program called for a unified lobby and a variety of performance venues. To be accommodated were concerts, opera, musical theater, drama, film, dance, special events, and community theater by means of a refurbished 1,530-seat auditorium, a 200-seat black box theater, and a multi-purpose function room. Other needs were an enlarged stage, new stage equipment, improved backstage and support facilities, a catering kitchen, and retail and office space upgrades. Access for the handicapped to all areas was a necessity. Hannivan & Company, Ltd. were the Interior Designers for the historic theater.

Community workshops were employed to involve the public and to gain consensus. The first phase, now completed, carves two floors of new lobby space out of what previously had been the staggered store volumes, bringing a consolidated lobby out to the street. The lobby's main floor is set at the elevation of the auditorium's entry doors. The main floor overlooks a level below, which is developed as a small lobby bar. A monumental curving stair descending to the lower lobby connects the two and provides a screen between the upper lobby and the street.

This new two-story lobby is differentiated from restored historic inner lobby spaces by means of a contemporary vocabulary of curving walls and colors that contrast. A new curving marquee entrance at the corner of the block replaces the original narrow entry foyer and enables the handicapped to enter with ease.

Exterior facades are refurbished. Character-generating inner lobbies upstairs and down were restored by community volunteers using stencils with supervision from the design team. Moroccan designs for stencils were deduced after removing paint layer by layer from old lobby finishes. Light fixtures for the historic lobbies, and carpets for both, were designed anew.

Projected future phases would implement stage and backstage additions, the 200-seat black box theater, and renovations to a small stone building adjacent to the new entrance. The arts center was successful, and downtown New London is enjoying a vibrant renaissance. 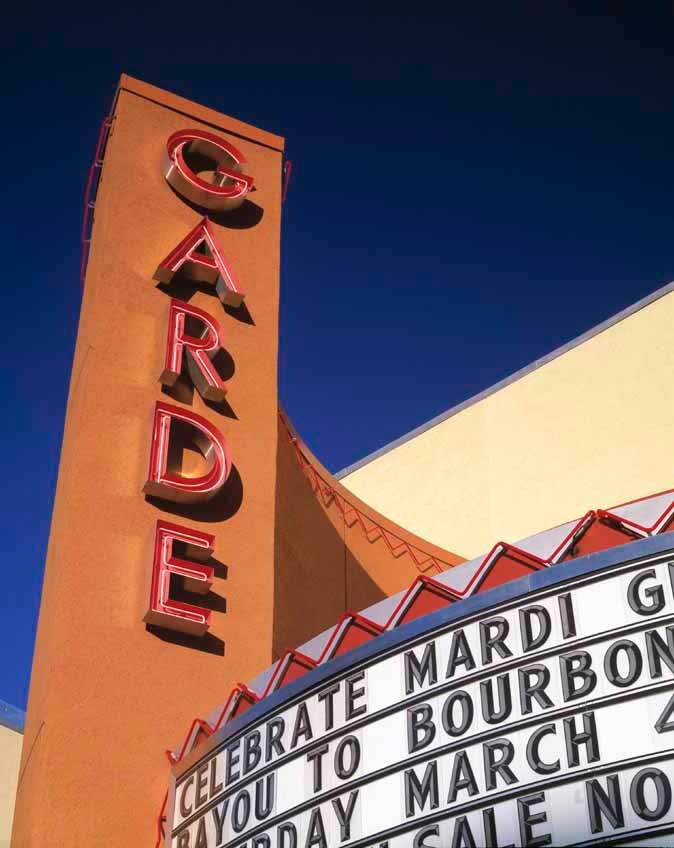 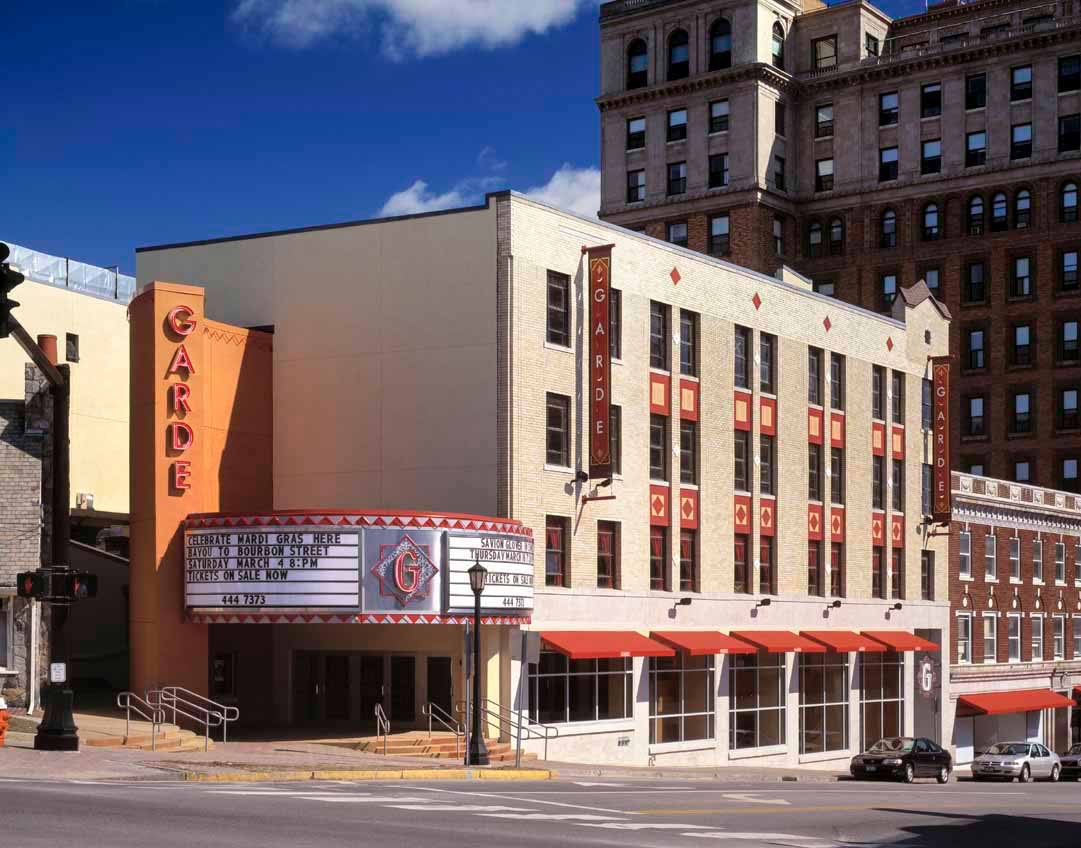 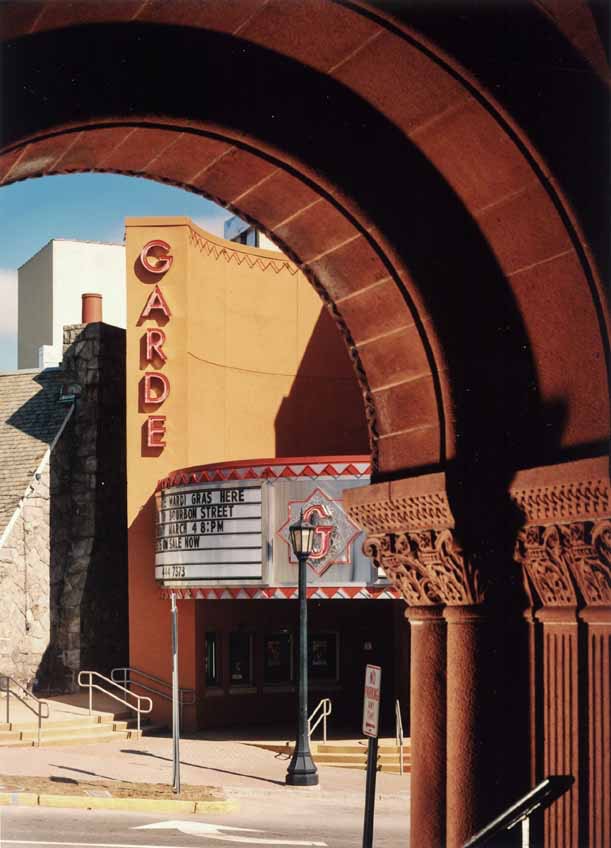 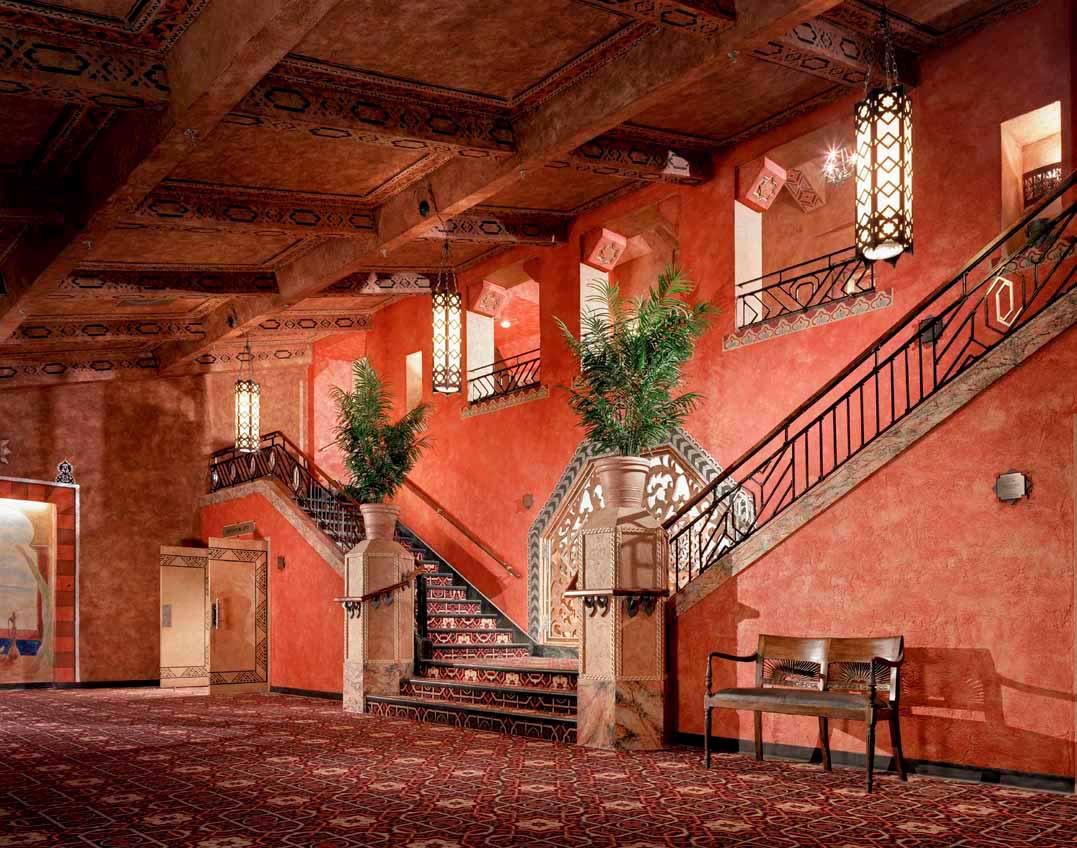 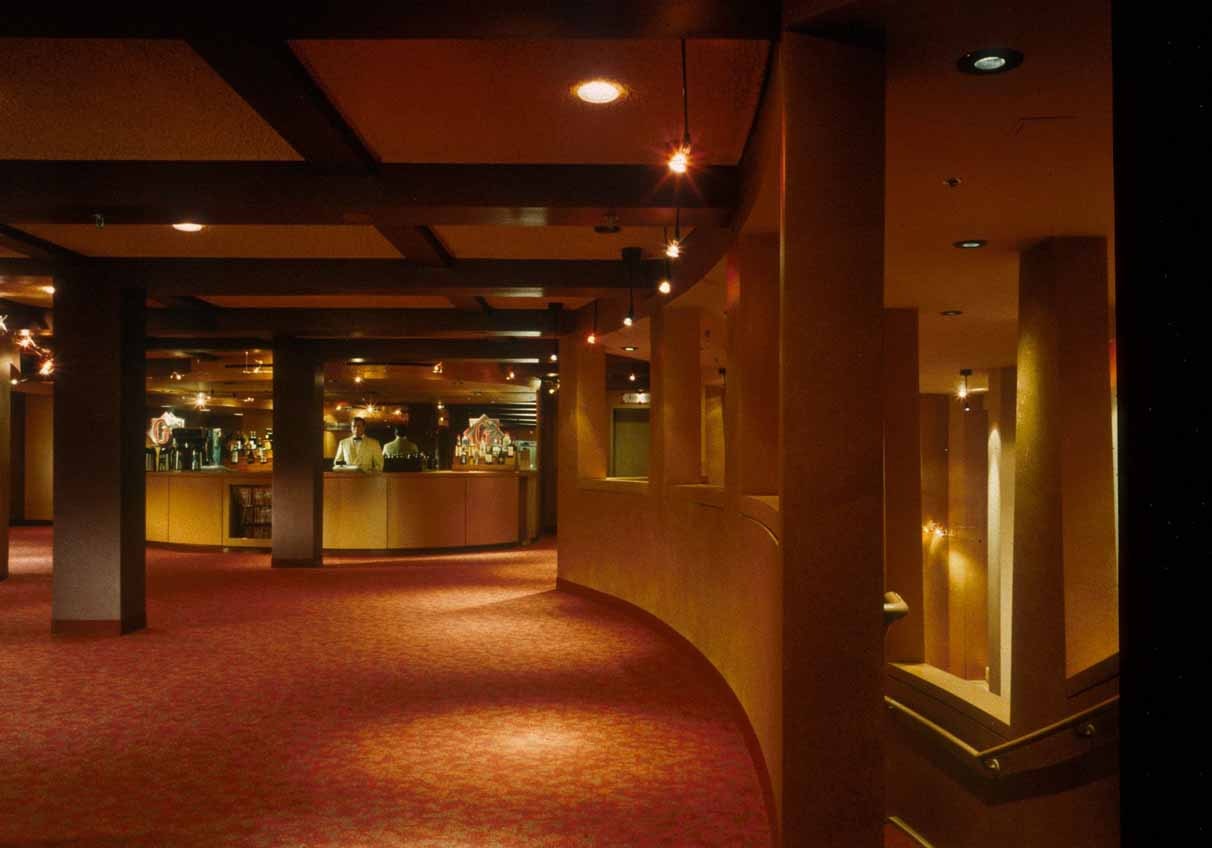 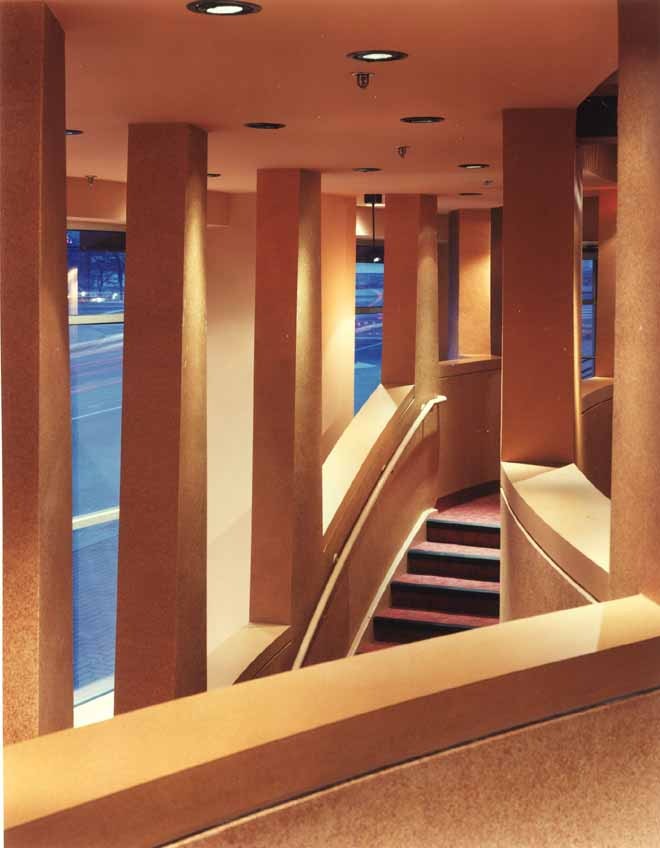 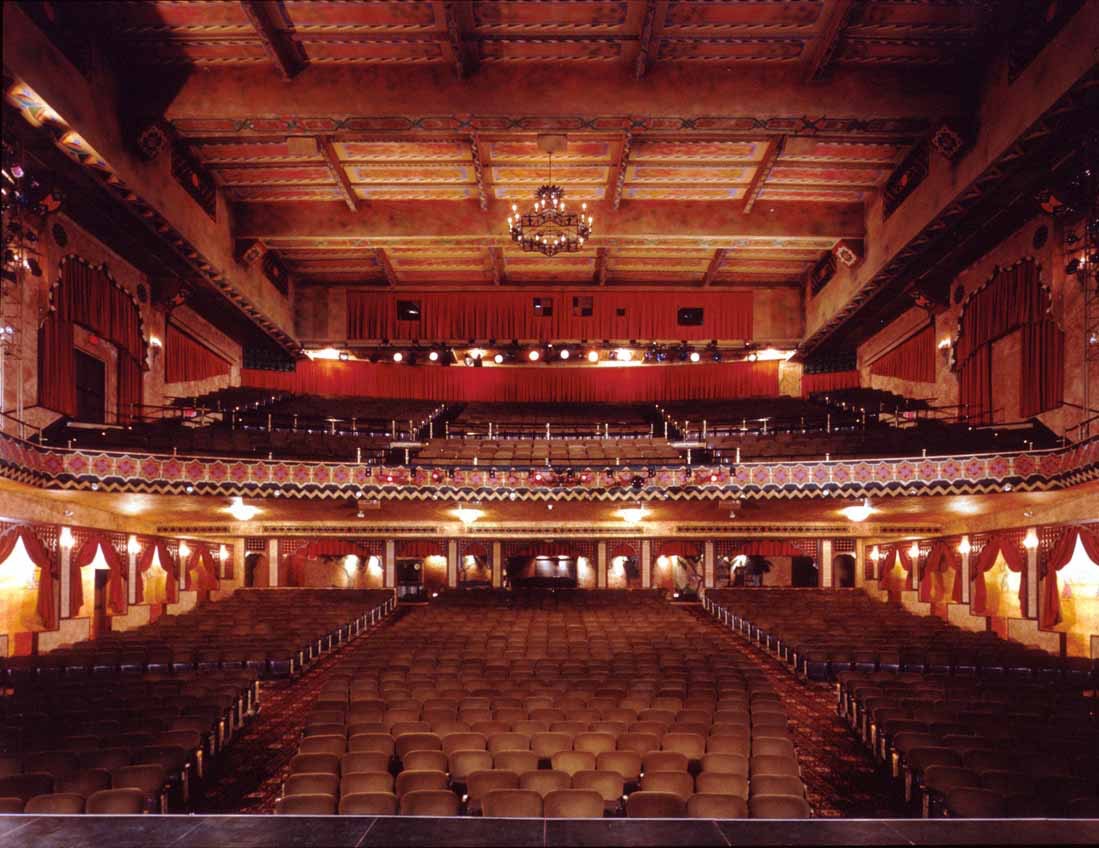