Centerbrook, in collaboration with the Cappelli Organization, conceived a redevelopment plan and proposal for a 2.8-acre, 447-car municipal parking lot that occupies the harbor-front section of the “lower downtown” commercial district in Greenwich, Connecticut.

The site is effectively isolated. On its northern border, the overpasses of Interstate 95 and Metro-North Railroad cut it off from “upper downtown” and its main commercial street, Greenwich Avenue. To the south and west, the site is bordered by Arch Street, a congested feeder street that blocks it from the harbor’s waterfront. The Town’s POCD objective was to “strengthen the connection between upper and lower downtown by invigorating the waterfront with a mixed use development.” 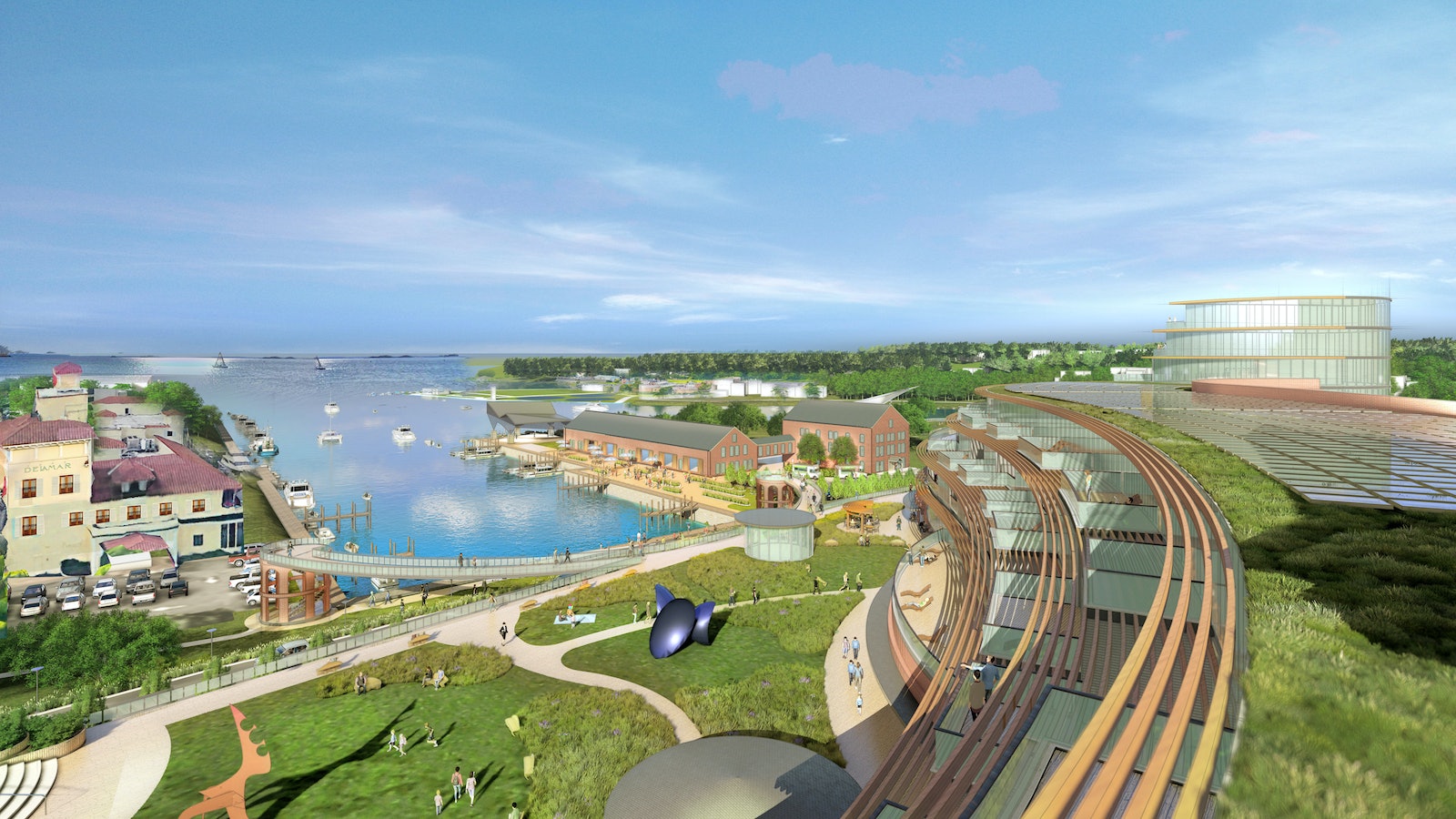 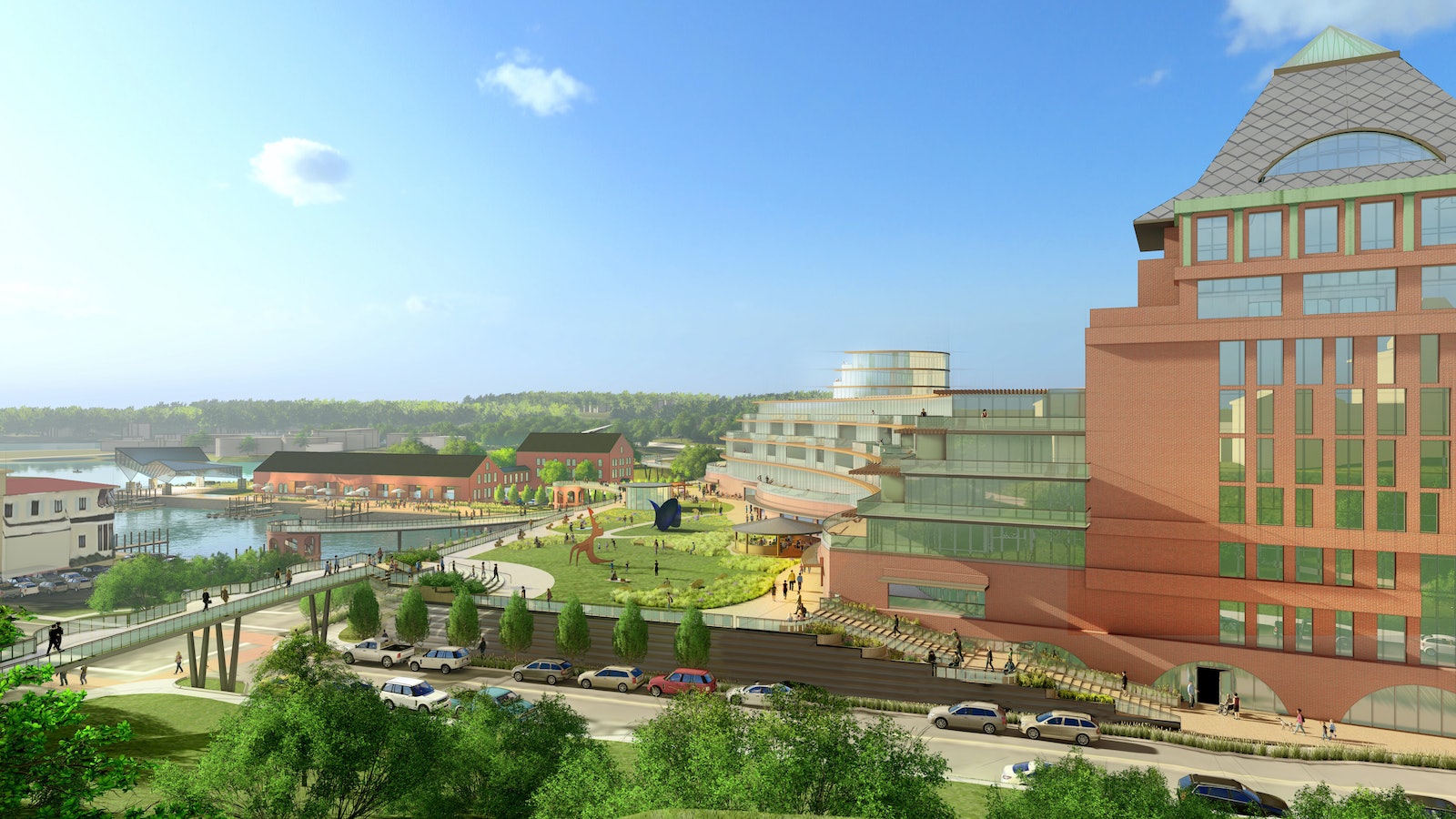 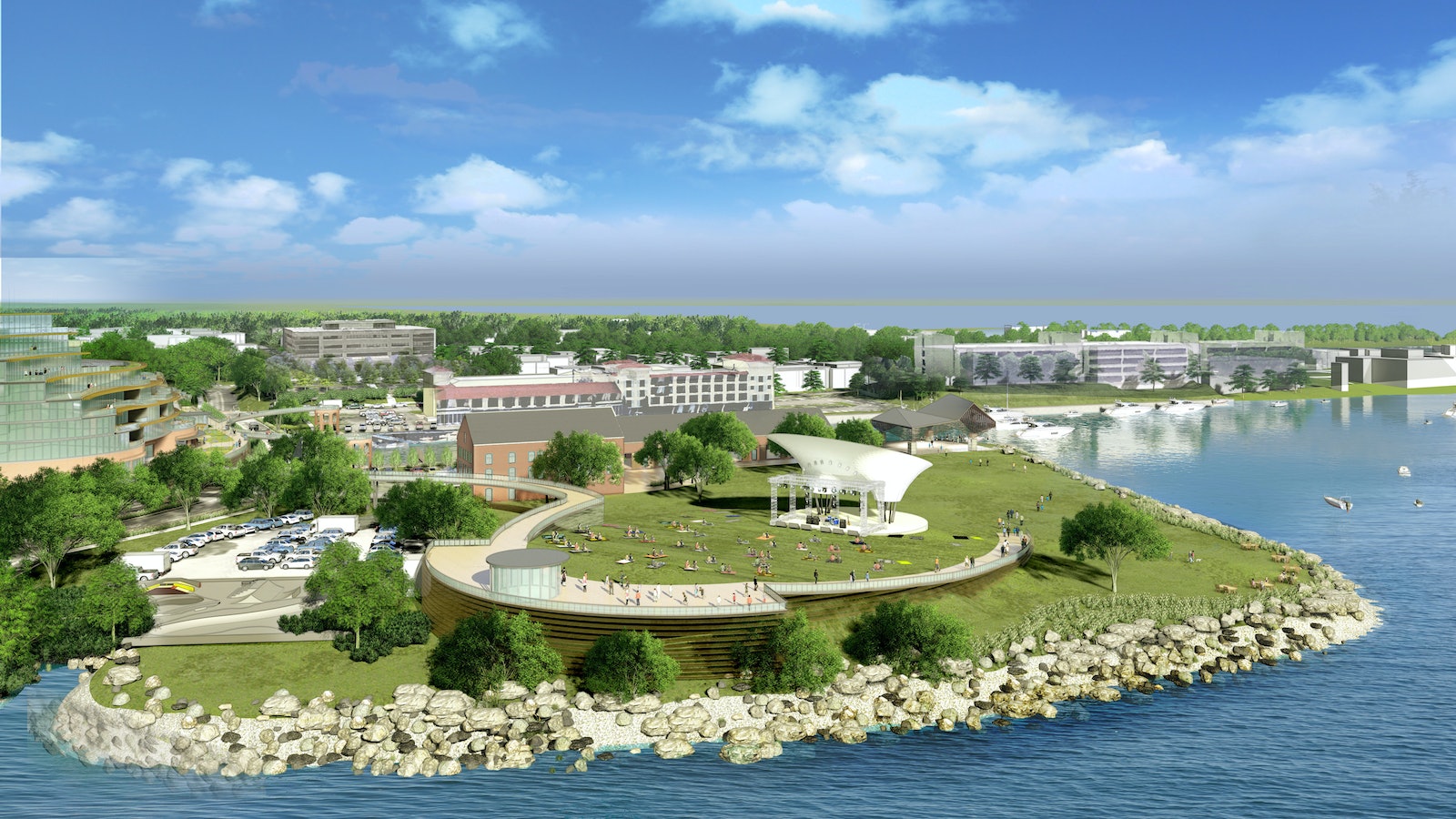 The site has several assets. It commands southern views of the harbor and beyond to Long Island Sound. It is flanked to the east by the newly expanded Bruce Museum of Art and Science and to the west by the Greenwich Teen Center, the underutilized Roger Sherman Baldwin Park, and a waterfront municipal complex used by harbor police and ferries to Town owned islands.

In order to invigorate the waterfront and integrate it into the successful commercial life of Greenwich Avenue, we felt it was imperative that the plan encompass a much larger portion of the Town’s southern commercial district than just the municipal parking lot. Our efforts resulted in an amplified plan that creates Greenwich Harbor Park, an elevated park and esplanade that extends eastward to encompass the Bruce Museum and westward to connect with a reimagined Roger Sherman Baldwin Park, linking the two into a continuous, public, waterfront parkland. The development also includes condominiums, below market rate apartments, retail shops and restaurants, and a conference center/business retreat that line the new park’s northern border. 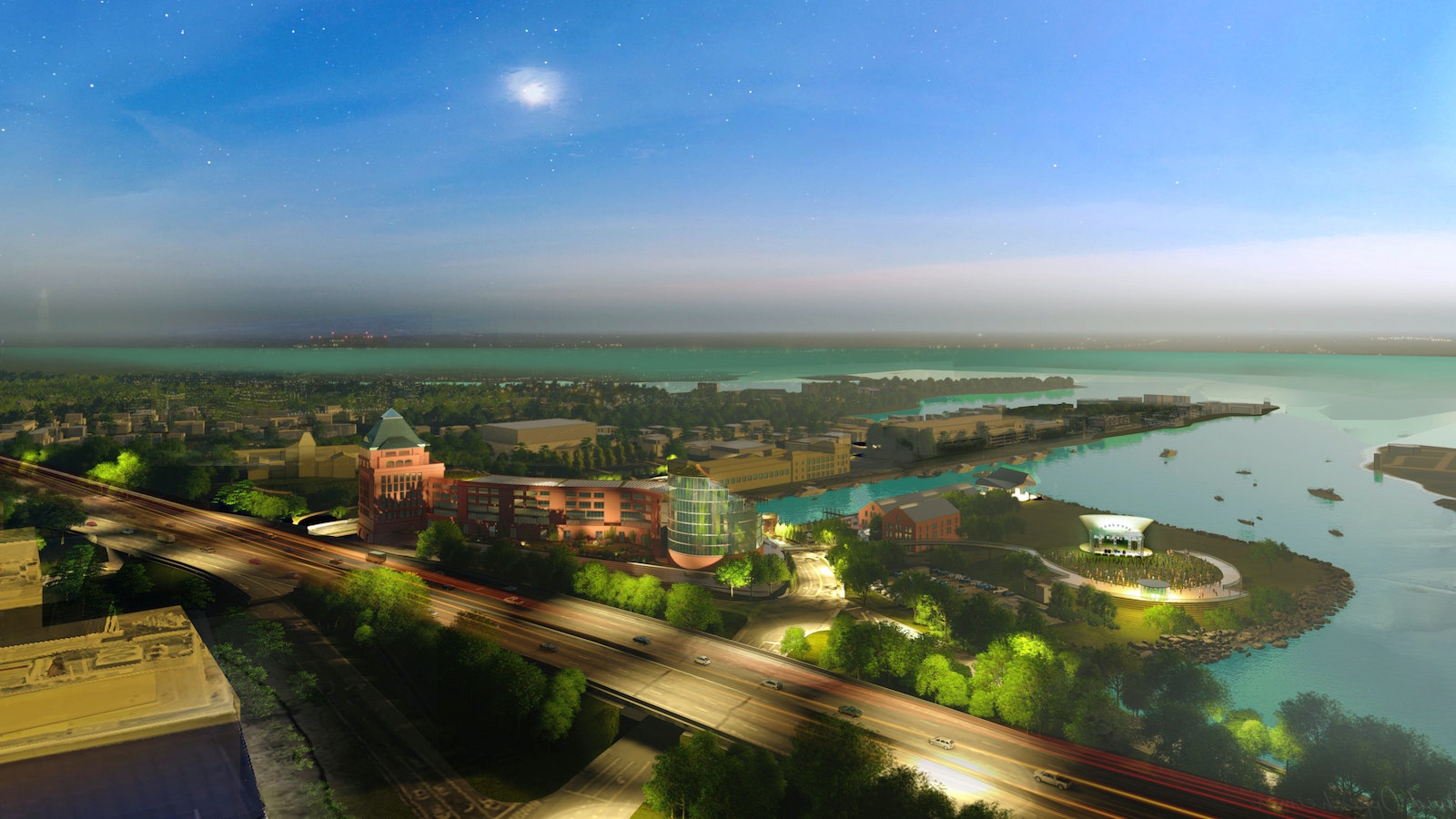 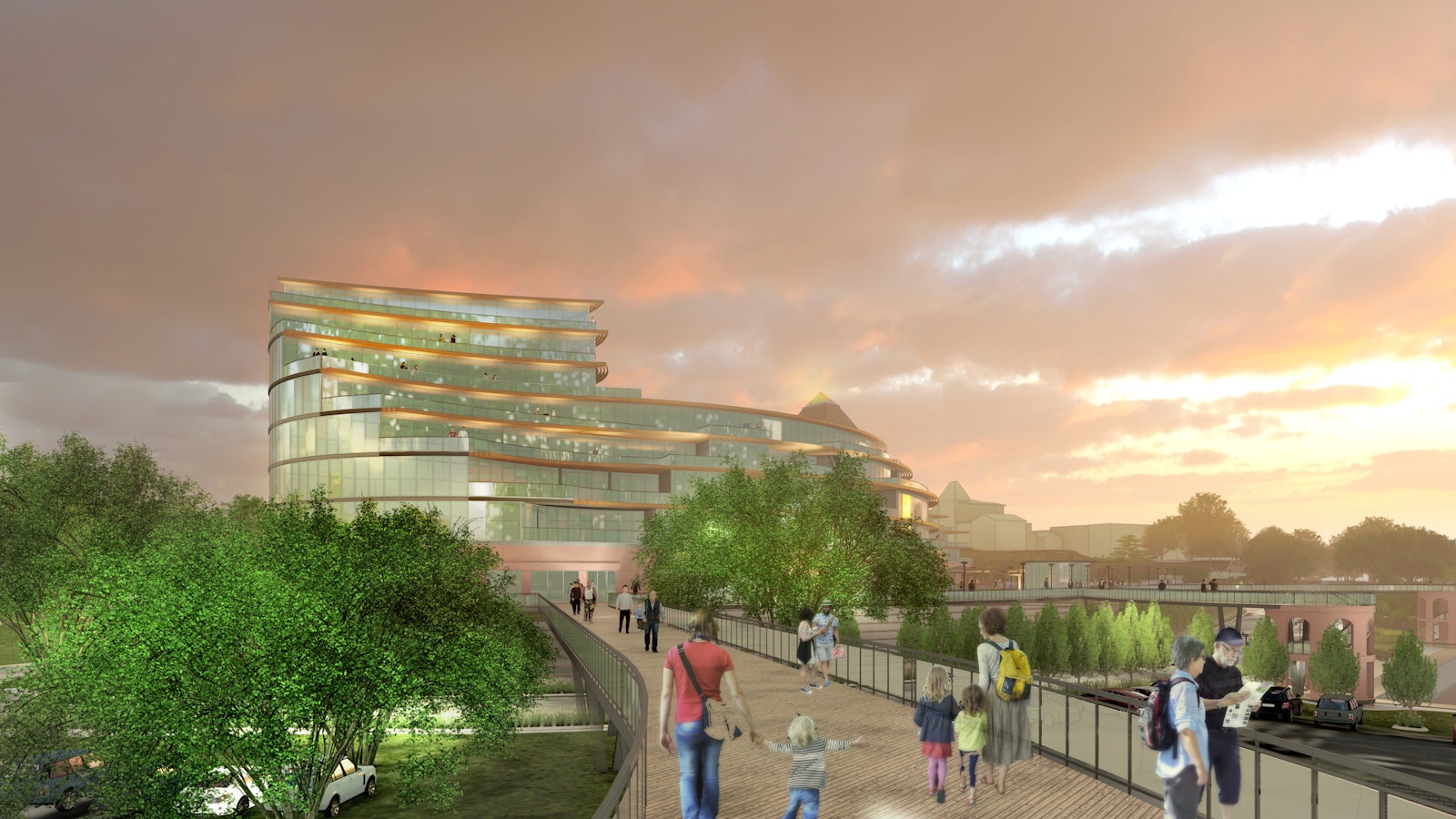 Additionally, our plan was further expanded to include the nearby Horseneck Lane parking lot with a new office and parking garage development. This would provide much needed additional parking downtown and generate additional revenue that would allow the developer to pay for the proposed new public park and waterfront esplanade, a renewal of the Greenwich Teen Center, the creation of a new outdoor amphitheater in the Roger Sherman Baldwin Park, and a reinvigorated harbor front wharf with a new events pavilion. A monumental, cascading stairway, with gardens, places to sit, and sculptures, extends the pedestrian vitality of Greenwich Avenue southward to the waterfront parkland and cultural offerings of Greenwich Harbor Park. 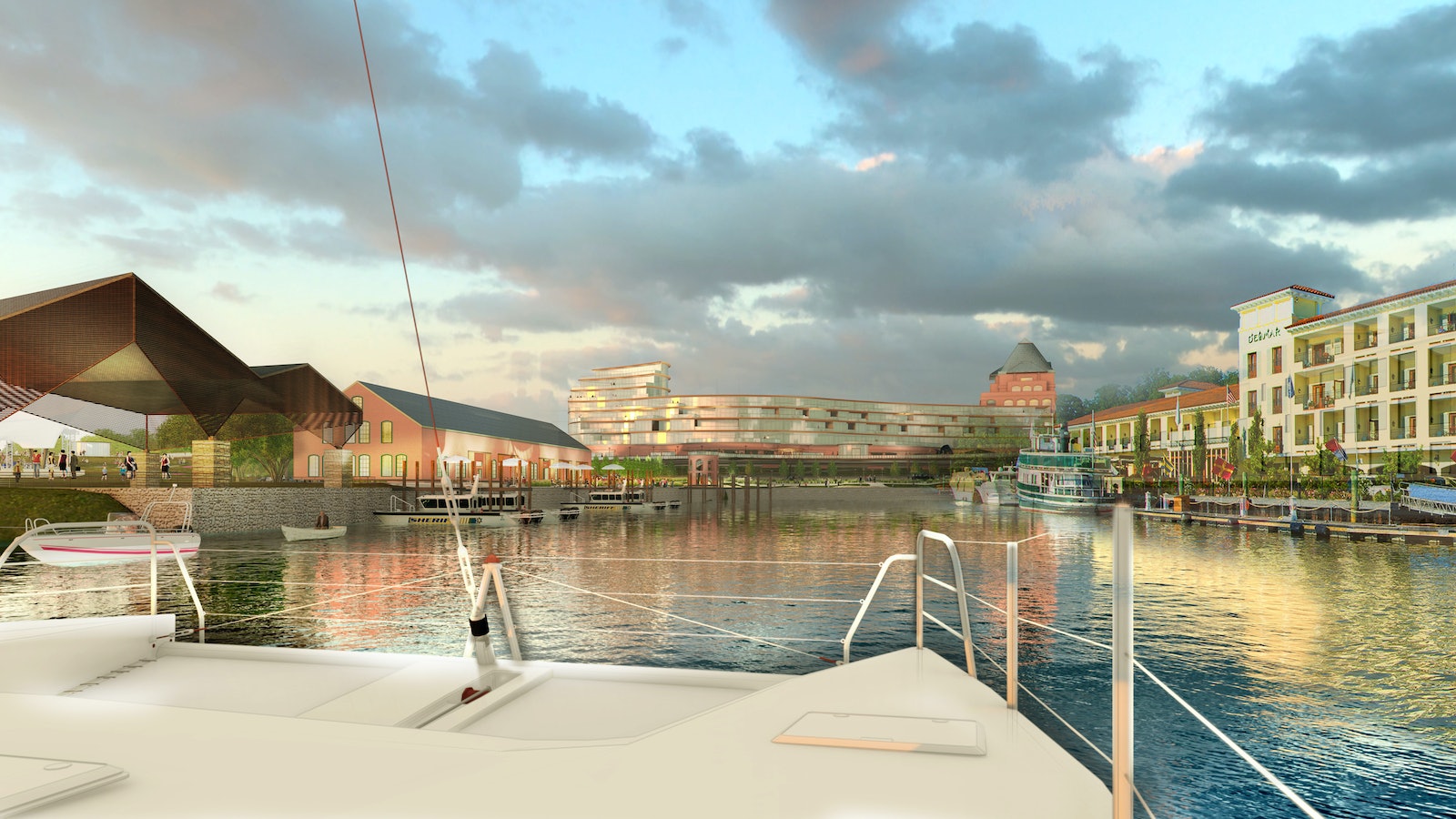