House in the Country

This house on a hillside in rural Connecticut occupies a restored pasture and affords a spectacular view across the valley to a distant mountain. The client felt that the traditional rural character of the region, evinced by the venerable stonewalls that traverse their property, should guide the architecture of the house, which needed to accommodate spaces for frequent piano recitals and a collection of rare German literature.

With a nod to the prevailing vernacular, the house was designed as a simple white barn with a red roof, standing broadside to a square, graveled barnyard. Entry into the yard is opposite the center of the house through a farm gate hung from a pair of matched sheds.

The hillside into which the structure is built has been shaped into a podium, and care was taken to frame the precise view from the living room window. As one approaches the house, the entry drive drops in elevation so that it is seen initially against the backdrop of the mountain. As one proceeds, the mountain recedes until it is completely blocked from view – until one is inside and a large living room window reveals it again.

The living room is several steps down and on axis with the front door and is large enough for recitals with two grand pianos. The ceiling here and an associated pair of substantial scissors trusses are painted in alternating bands of medieval red and green. A generous stone fireplace is set into a niche marked overhead by an inverted, brightly painted pyramid. 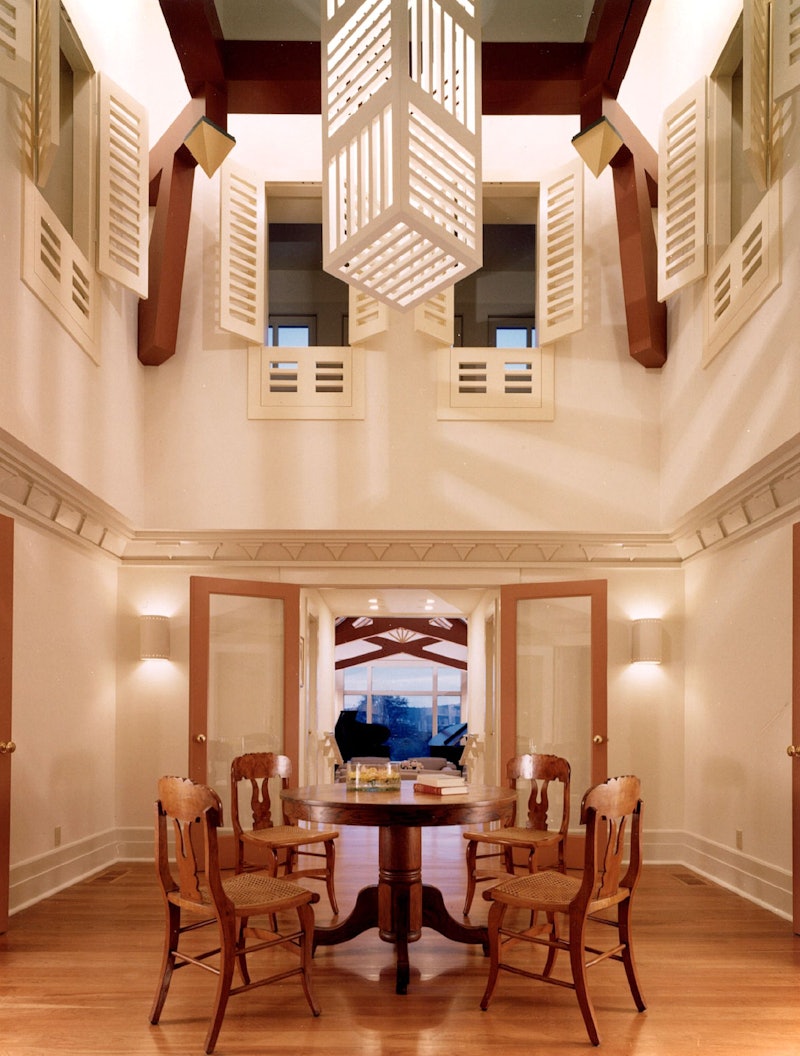 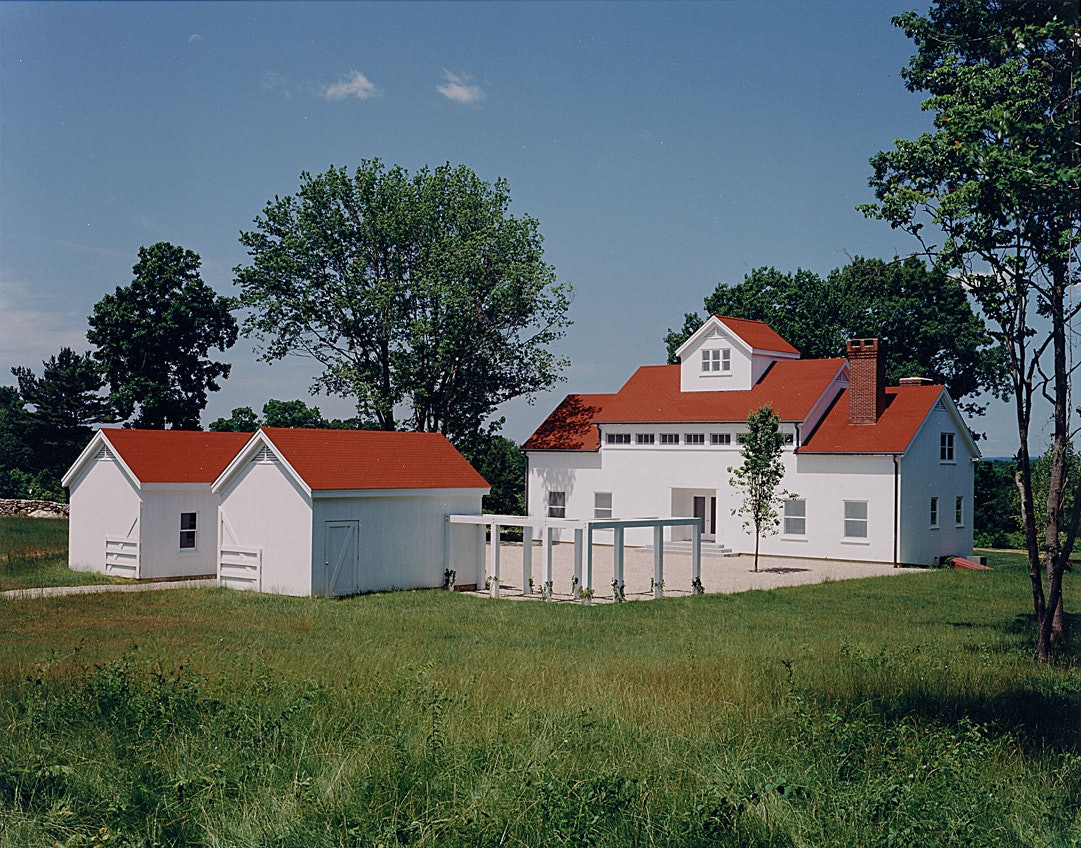 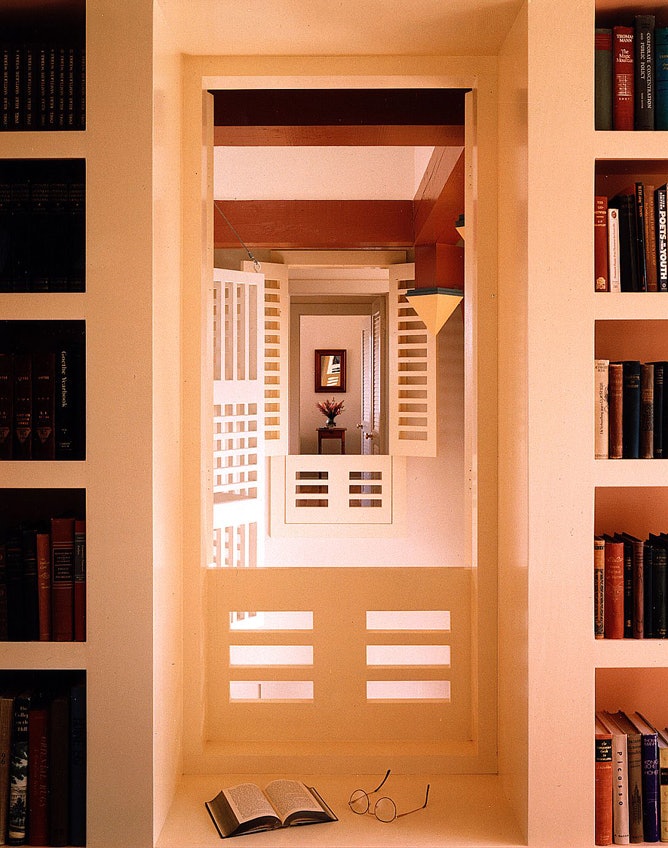 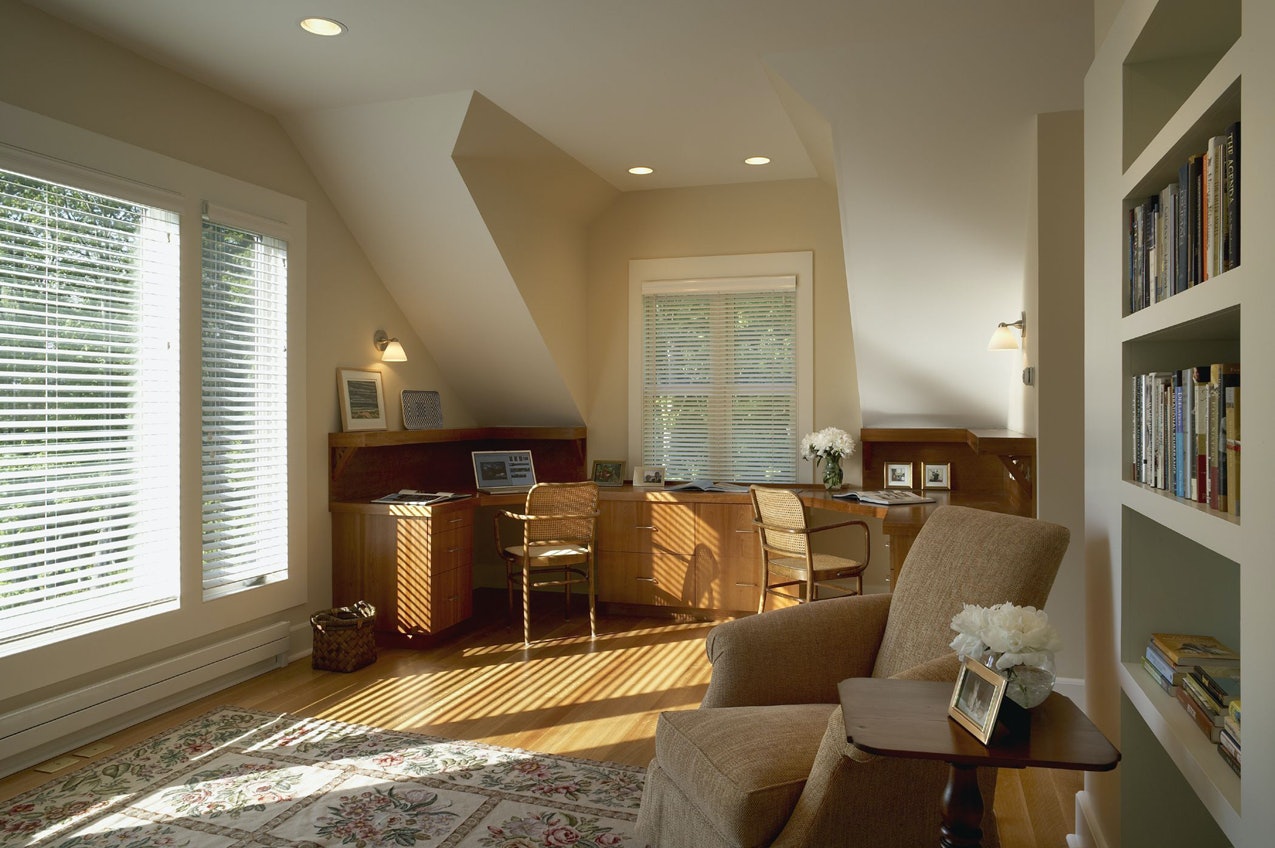 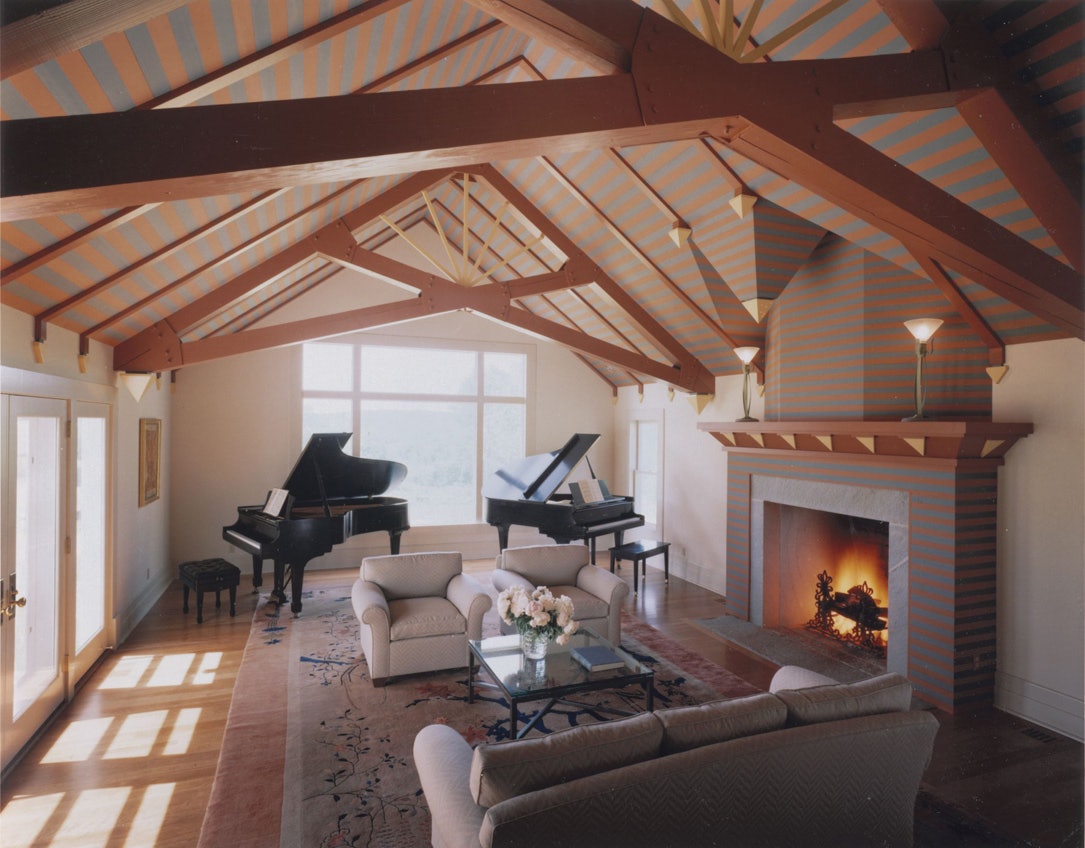 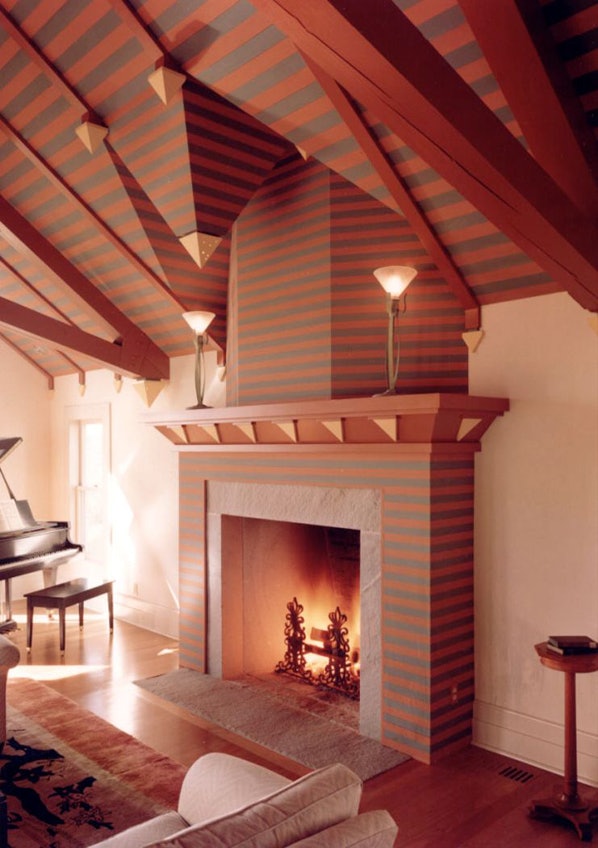