House on the Maine Coast

This house is located on a rocky promontory in Blue Hill Harbor, Maine. It looks directly west across the harbor to Blue Hill village, a quintessential settlement of the Penobscot Bay seacoast. 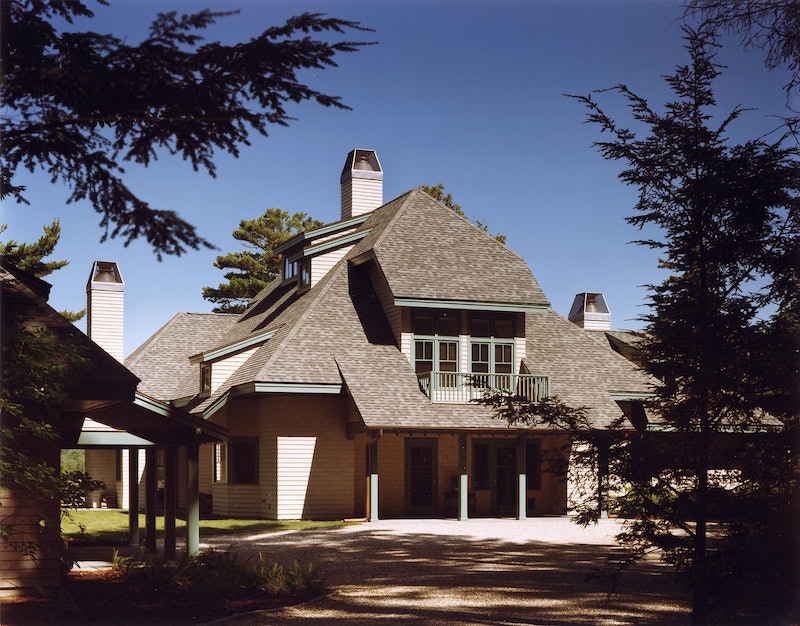 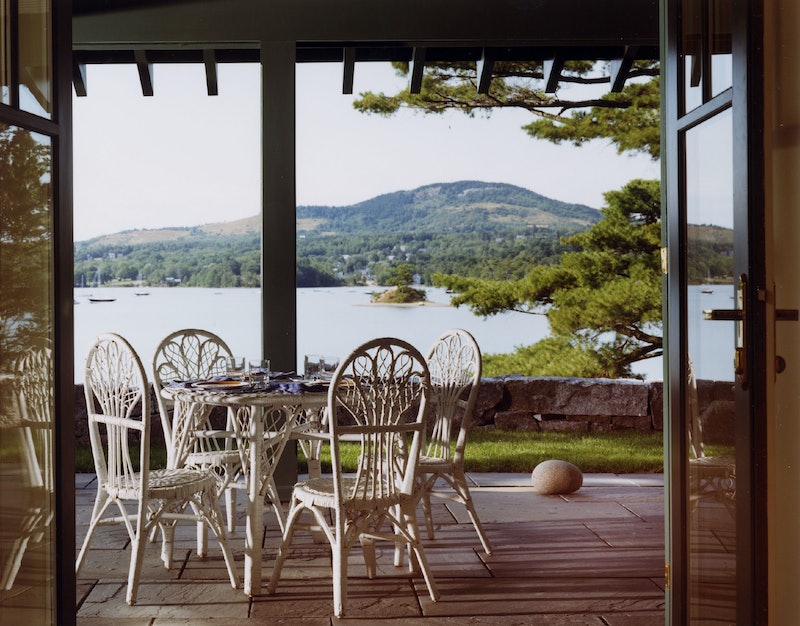 Arrival is from the east into an automobile courtyard formed between the house’s entry facade and a nearby garage. The house is gathered under a large hipped roof which rises from the rocks in an expression of shelter. Shed porches face eastward to the automobile courtyard and westward to the water. The west-facing porch covers a massive stone terrace which enjoys a spectacular view of the harbor. The north side of the house looks out to gardens and a swimming pool, while the south side is forested with white pines.

The house is clad in stained white cedar shingles and red cedar trim. Its roof is asphalt shingles. Entry is into a foyer that passes a mudroom before opening onto a large central hall at the center of the house. In the hall, a curving staircase twists from landing to landing while a chimney rises up through the space towards the light. A large dormer high in the ceiling washes sunlight down the expanse of the chimney and onto the stair. The chimney is articulated from the walls by bas relief crisscrossed boards reflective of the hall’s flooring pattern.

The master bedroom and two guest bedrooms capture secondary light from the central hall by means of large interior windows that act as scoops. This makes the central hall the focus of the house and the instrument of orientation for surrounding spaces. The master bedroom opens onto a deck which enjoys an extraordinary view of the harbor. The living room is the only portion of the house that breaks out from under the all-encompassing hipped roof. It is a large room with a tray ceiling and French doors that open out to the stone terrace.

Finishes in the hall, living room, kitchen, and elsewhere employ beaded board and other materials that resonate with the traditions of Penobscot Bay while making spaces that explore volume and light. 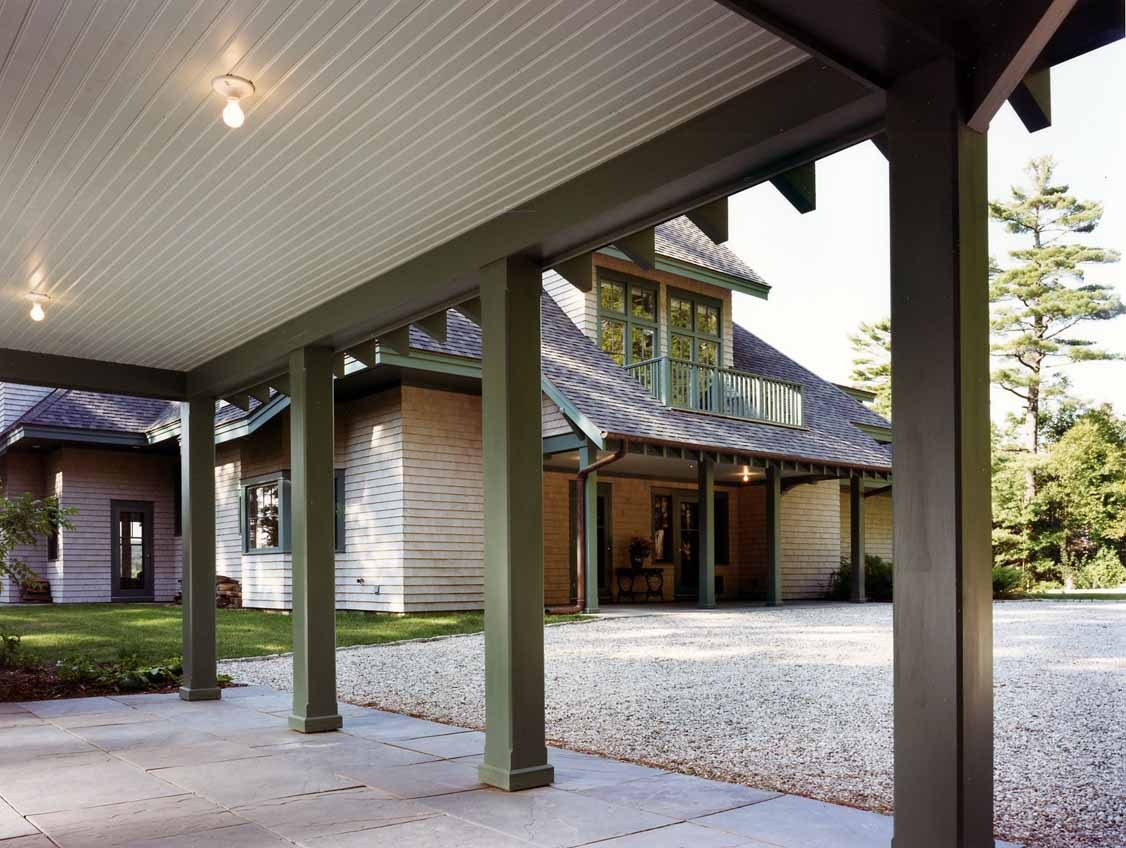 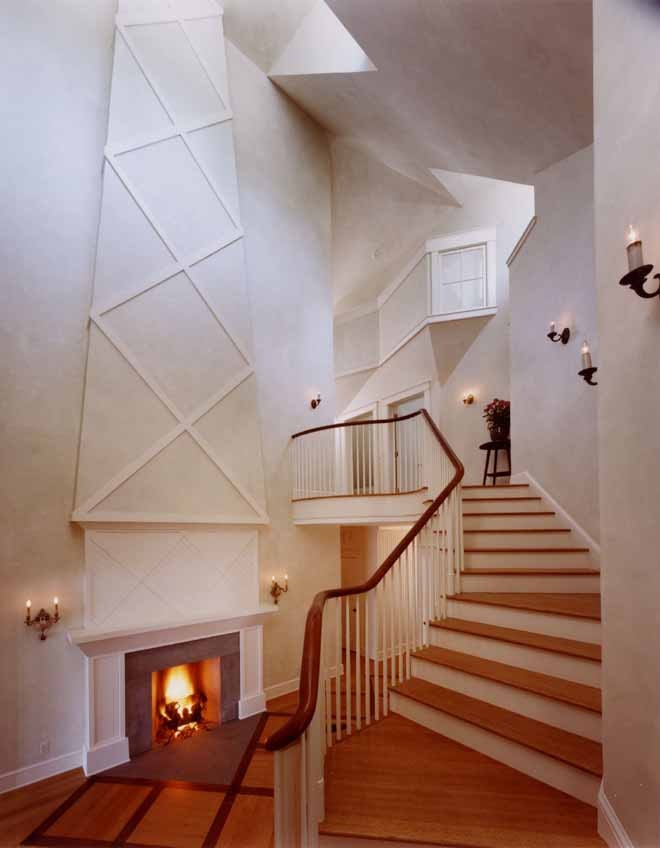 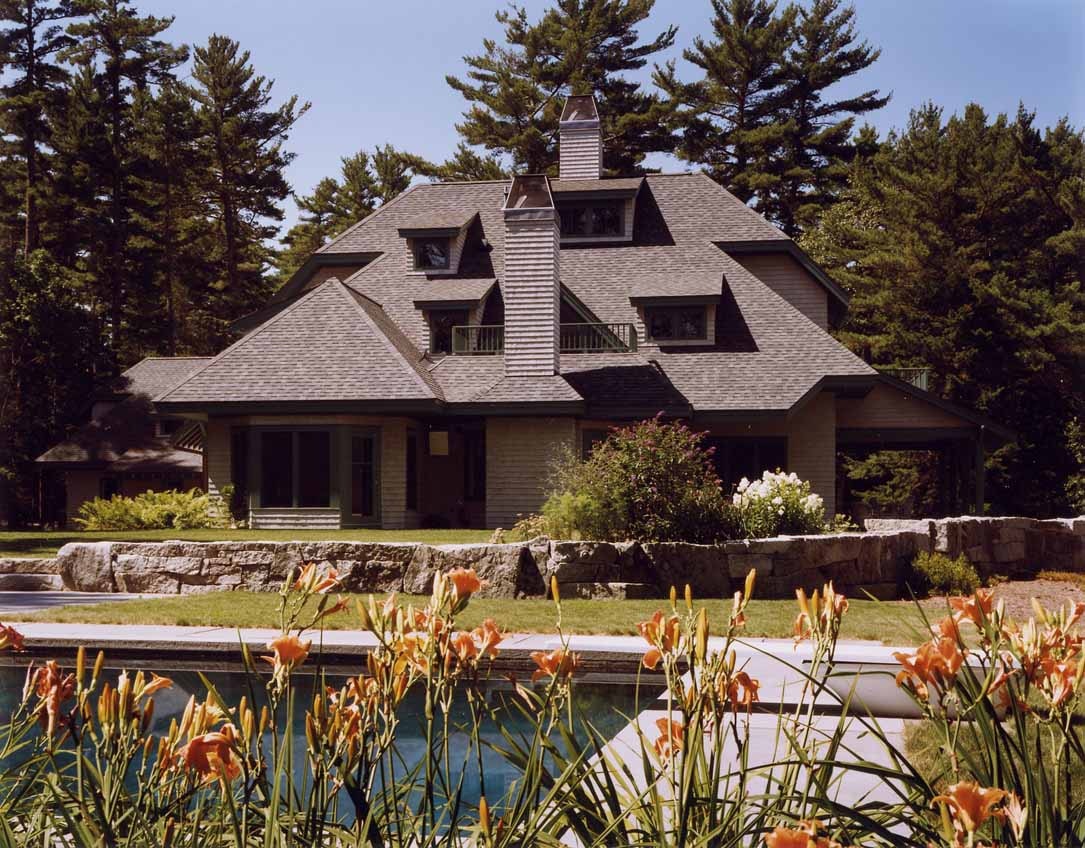 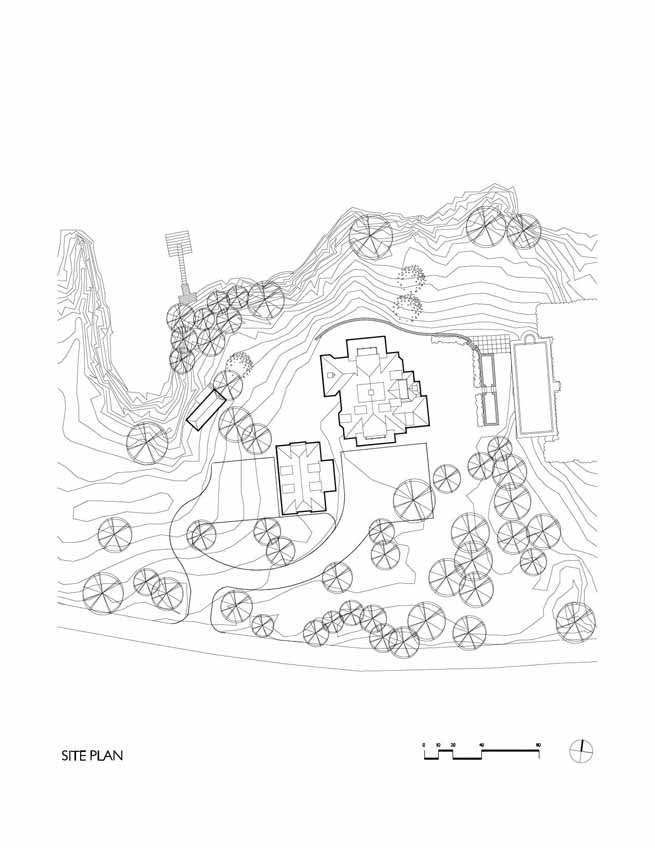