These interior renovations expanded the headquarters of a corporate-benefits consulting firm that served many Fortune 500 companies. Located on the Fort Lee Palisades in New Jersey, the firm enjoyed extraordinary views of the George Washington Bridge, the Hudson River, and Manhattan. 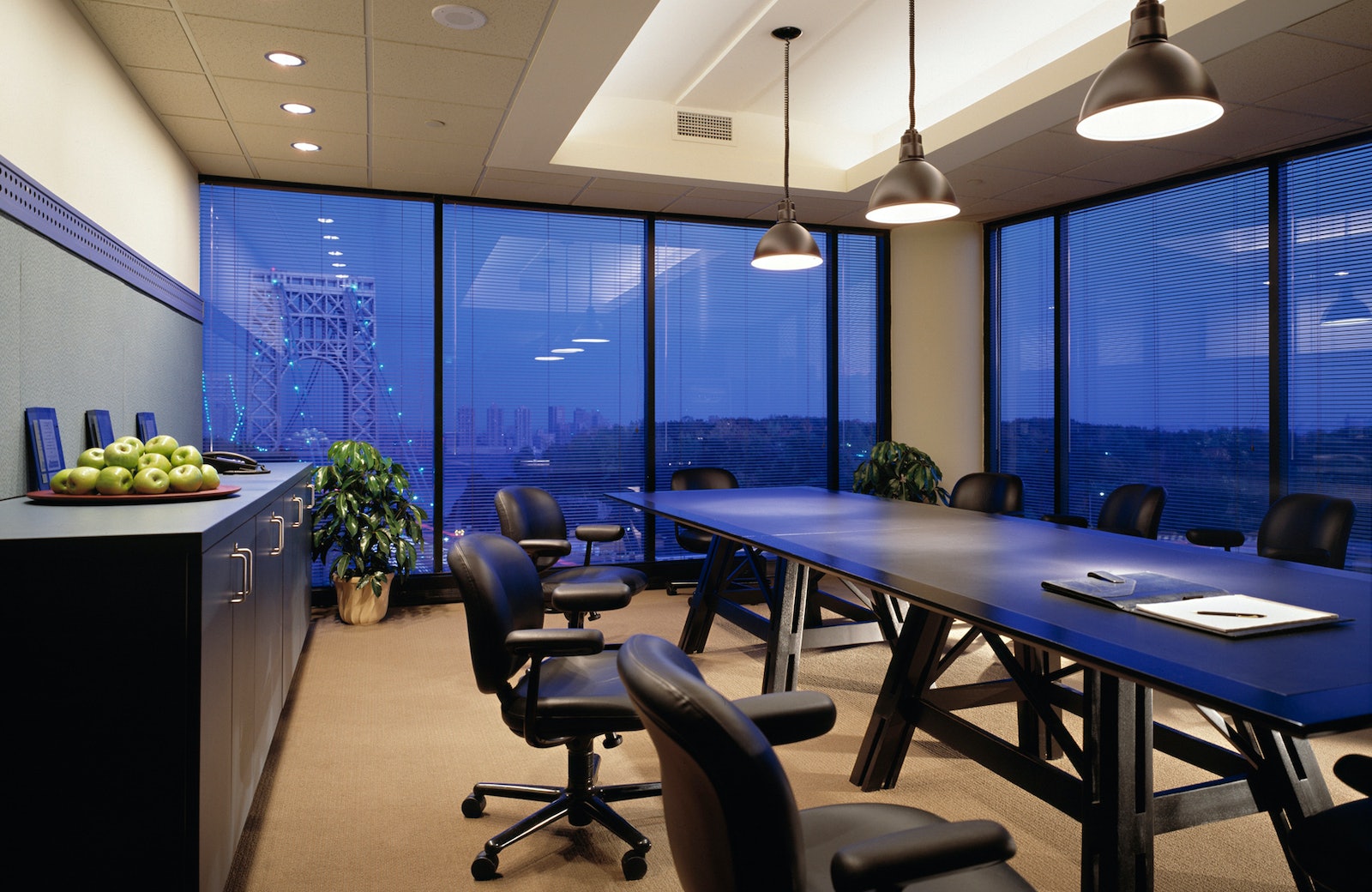 Existing offices were futuristic with backlit black grids and white neon lighting in the halls, and black formica with aluminum coffers in offices. The renovations were accomplished in several phases.

Initially, 20,000 square feet of new offices were installed on the building's fourth floor with a new 10-station computer lab, a training room, conference rooms, and a lunchroom. Fourth floor fourplex workstations were aligned down the building's length, allowing easy team rearrangement. To make identifiable "neighborhoods," and to celebrate Fort Lee (which was the home of the Palisades Amusement Park), glass dividers in the shapes of roller coasters flanked each eight-station grouping along with photographs of the park's glory days in the 1950s and 1960s.

The east side of the second floor was rebuilt with similar fourplex actuarial workstations, but with a grid format to take advantage of the wider space. As on the fourth floor, evenly uplit ceiling vaults heightened and lightened each work area while pipe "chimneys" hid tel/com conduits. Colorful, neon-lit glass block panels framed the entry doors off the lobby.

To develop their new benefits phone response service, the company asked Centerbrook to transform the south end of the first floor into a showcase phone center. Soft workstations lined up end-to-end and snaked around columns and other obstructions. In the center of the space was a conference room, windowed to allow potential clients to observe work in action.

In response to the requests made during staff workshops, muted but rich colors were used throughout. Rectangular grids and dots, signature motifs for the company, were repeated on doors, ceilings, and wall screens. Conference tables, designed by the architect, recalled the bridge outside. Overall, the offices were businesslike but cheerful, with distinctive variations for each locale.

Kwasha Lipton was merged and sold several times since Centerbrook’s renovation. The 13-story former headquarters remains as the first office building visible to the north after passing from New York City to New Jersey across the George Washington Bridge.