This sports center for ice hockey and basketball is one of only four twin arenas in the Northeast. Bob Ryan, the veteran Boston Globe sports columnist and ESPN commentator, ranked the basketball arena as the best collegiate facility in New England. The hockey arena, regarded as one of the best in collegiate athletics, is set to host the NCAA Women’s Frozen Four national championship for the second time in 2019.

The sports center was the first building constructed on Quinnipiac University's York Hill Campus. It has a commanding hilltop site with views south to the City of New Haven and beyond to Long Island Sound. To minimize any visual impact on the hilltop and take economic advantage of the site's sloping topography, the sports center is one-story tall with lower levels built into the hill. 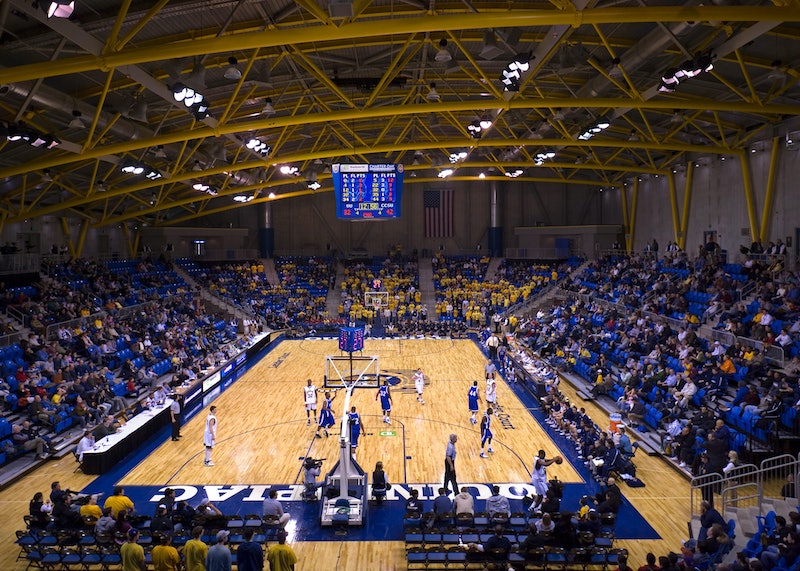 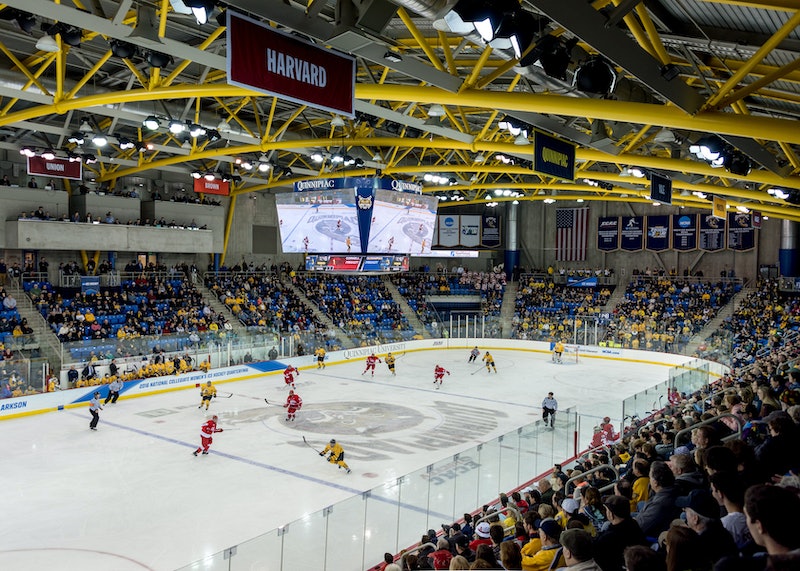 The arenas sweep out from each other on two sides of an entry courtyard. Large glass walls at the ends of each arena face the courtyard and offer a preview of the excitement inside to those arriving for a game. A central entrance lobby on the concourse level accesses both arenas.

The mezzanine level, located above the concourse, accommodates the University Club where a lounge with dining and VIP seats overlooks each arena. An outdoor deck captures the view south to New Haven.

At the lowest level, beneath the seats, are the locker rooms, training rooms, team rooms, and other support facilities. At this level the view to New Haven is found in the fitness room which arcs from east to west.

The ice hockey arena seats 3,286 and the basketball arena seats 3,570. Each arena has completely unobstructed sight lines from all seats thanks to three dimensional roof trusses with 164-foot clear spans. The trusses support a gently curved roof which lowers the ceilings inside and give the arenas an intimacy that energizes the spectator experience. The curved roofs also reduce the exterior mass of the sports complex, allowing a human scale to prevail at grade. 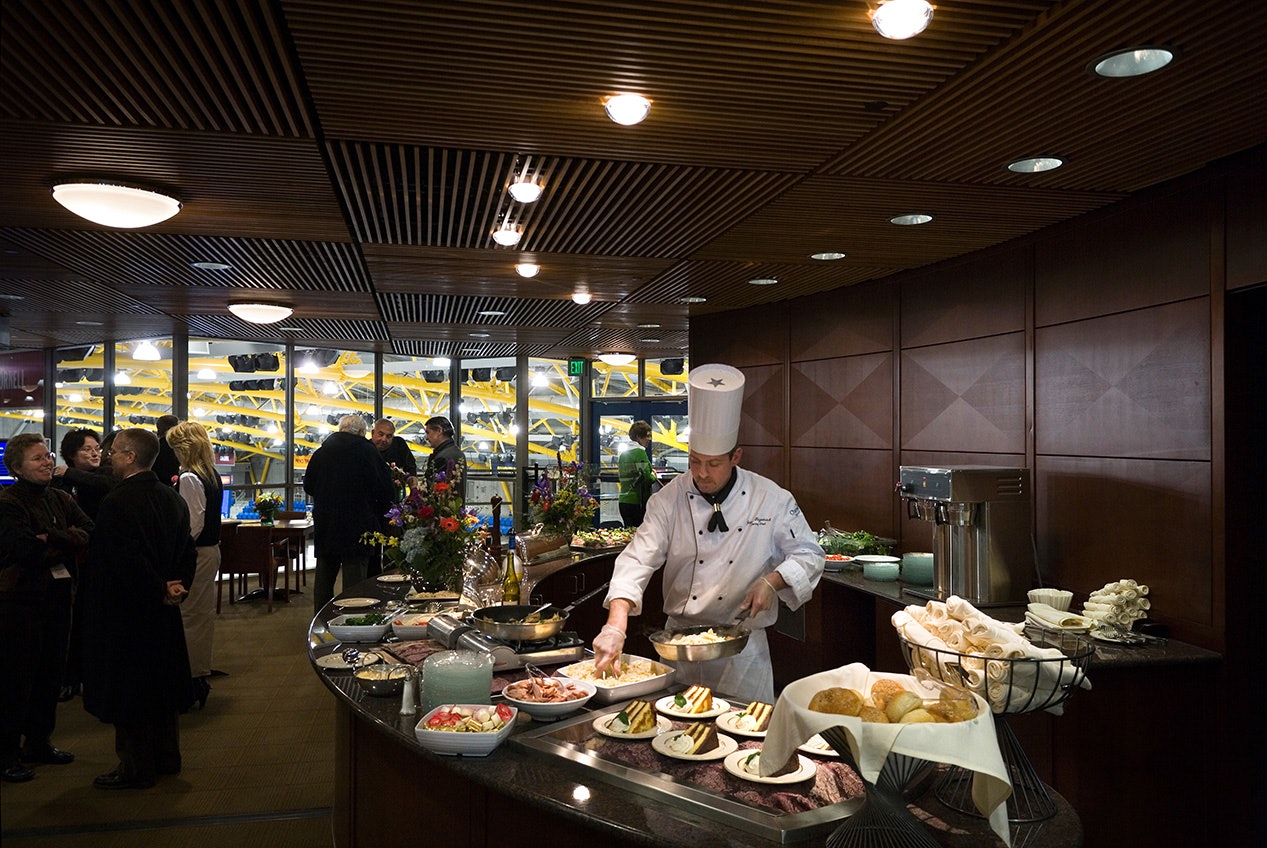 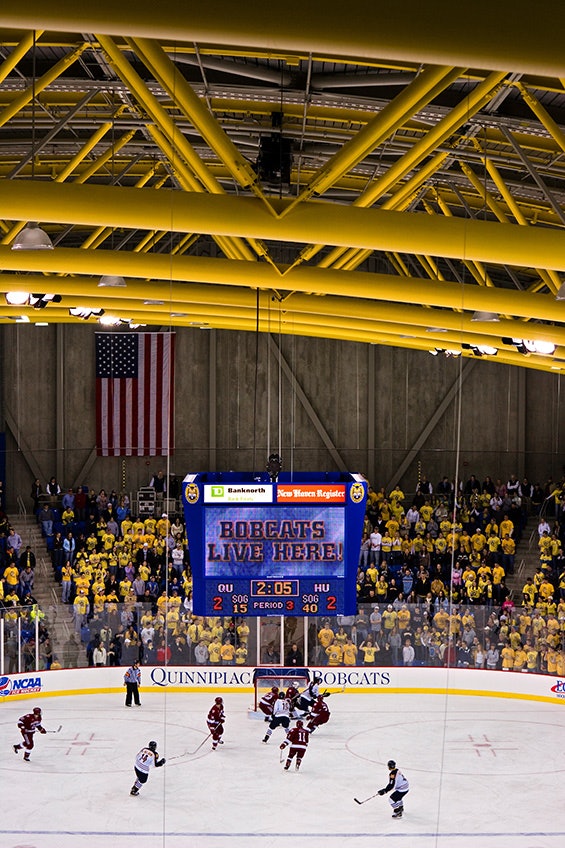 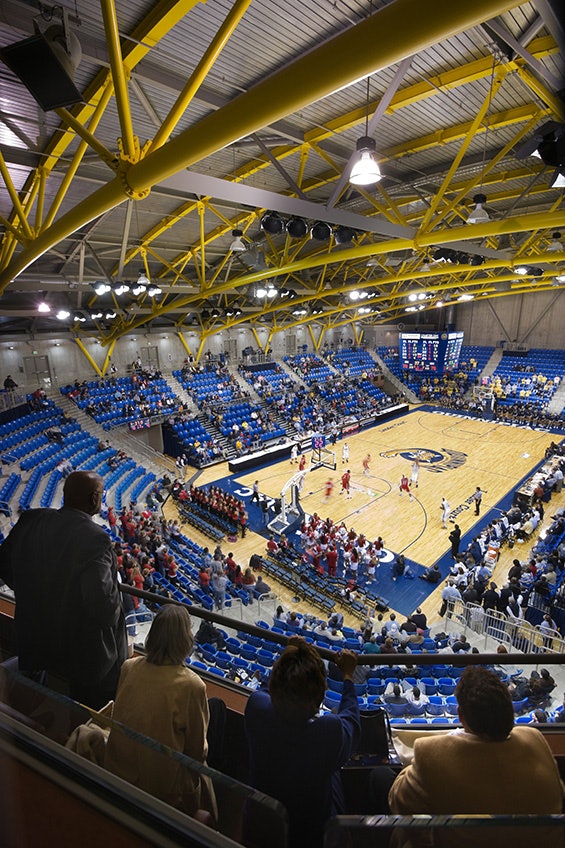 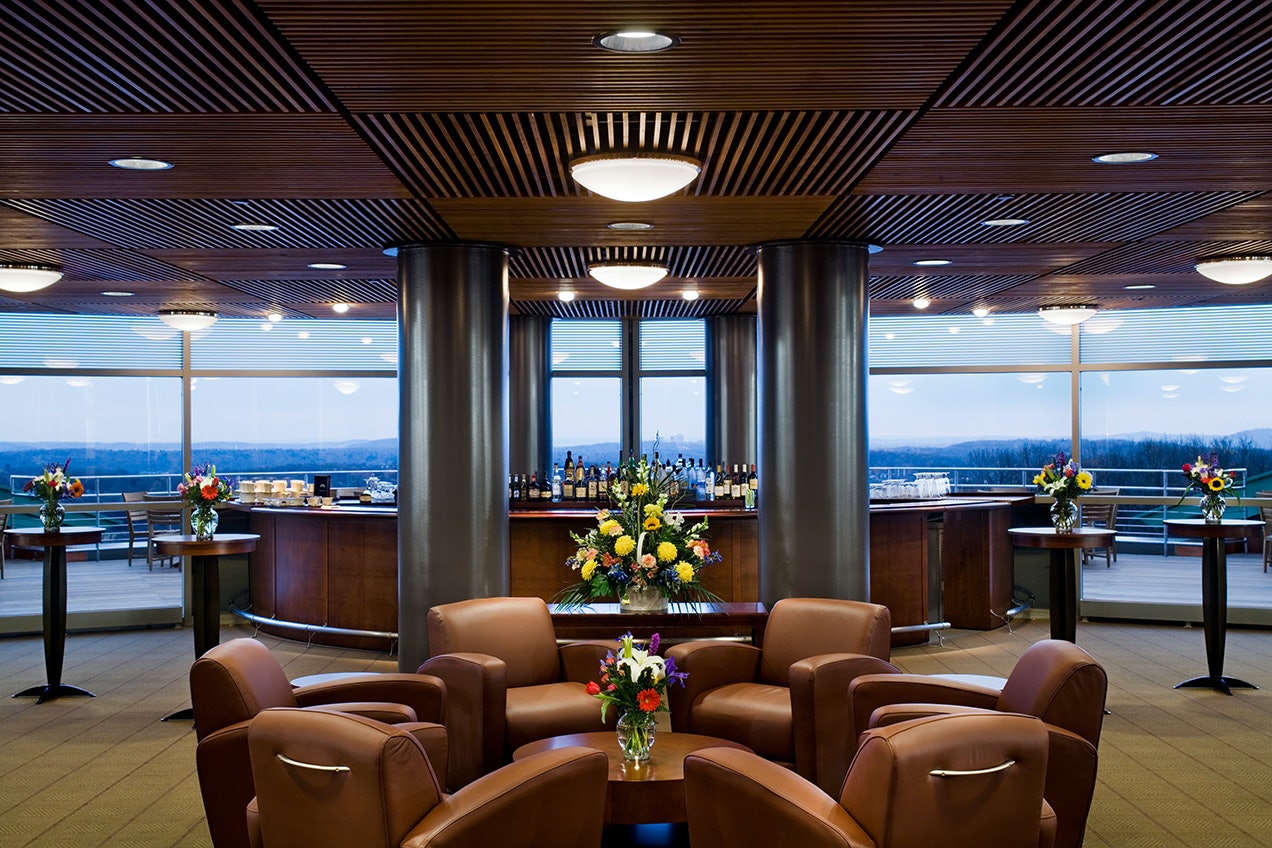 “I have been in intercollegiate athletics for over 40 years and have been to hundreds of campuses, and Quinnipiac’s collection of athletic facilities by far the best in the MAAC, the best in New England and probably in the top 10 of all NCAA Division I universities.” Former Quinnipiac University Athletic Director Jack McDonald