The program called for an addition of 250,000 gross square feet to a suburban community college in Connecticut. The addition was to be mostly under one roof and connected to an existing 1982 building at the center of a 160-acre site. Sought were a library, computer laboratories, science laboratories, art studios, general purpose classrooms, language classrooms, media facilities, an art gallery, an auditorium, faculty offices, and food service facilities. Some renovations within the existing building were needed. The work began with a comprehensive campus master plan. 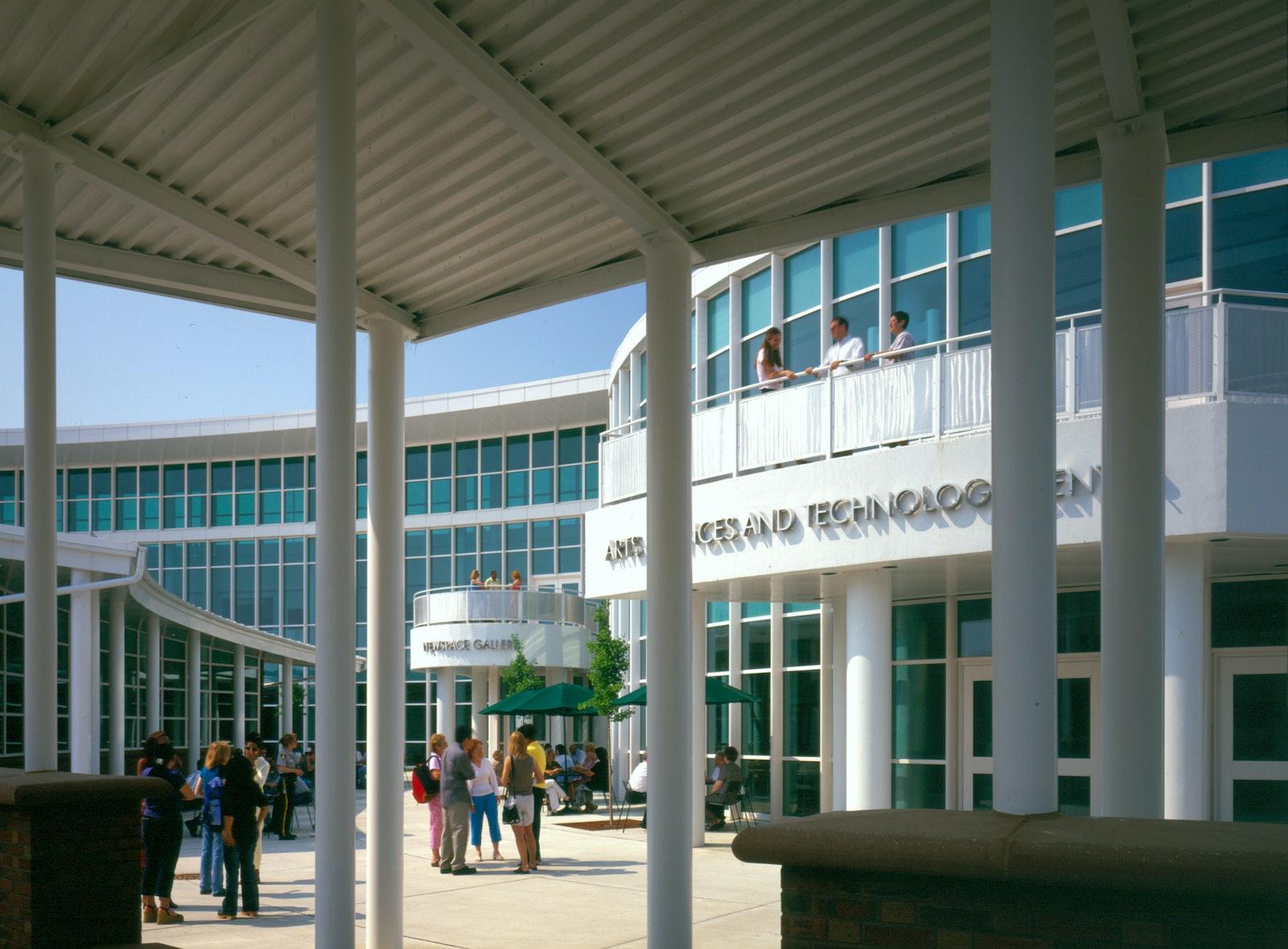 The campus's most intriguing natural feature was a wetland hidden in its northwest corner. Among the campus's problems was the fact that automobiles entered along congested residential streets, putting the neighborhood under pressure.

The design solution brings the natural beauty of the site into play, relieves congestion on neighborhood streets, and creates a sense of community by creating a small, walled academic village. The expansion and renovation were completed in two phases, the Learning Resource Center and the Center for the Arts, Sciences, and Applied Technologies.

A new entrance is developed at the northwest corner of the site, so vehicles can be drawn off before they impact residential streets. A new entry drive provides outlooks to the wetland. An interior ring road isolates traffic from the neighborhood.

The addition is laid out in economical, flat-roofed blocks splayed one from the other to create interesting geometries. Each is connected to a two-story white metal and glass gallery which in turn makes a sweeping arc south of the existing building. The gallery is used for student circulation, as a social space, and for the display of student and faculty art. Its arc describes an oval-shaped college quadrangle. Within the oval quad are a green and a small village of buildings. 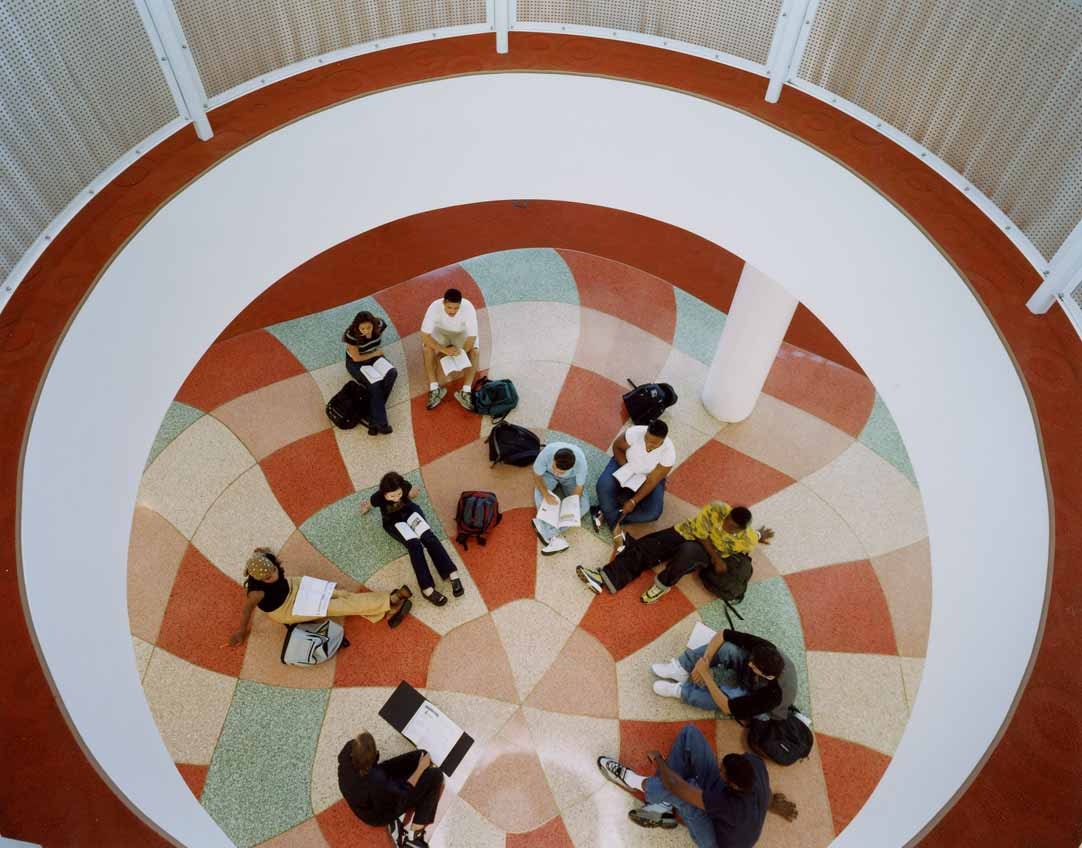 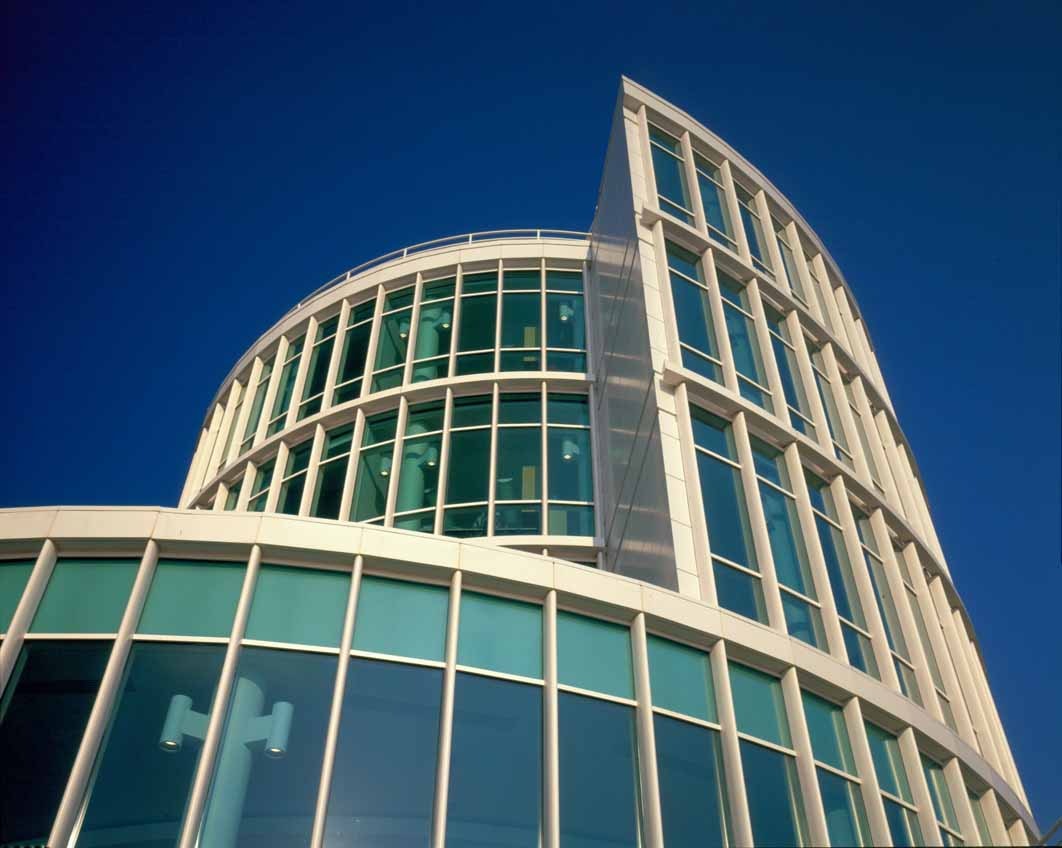 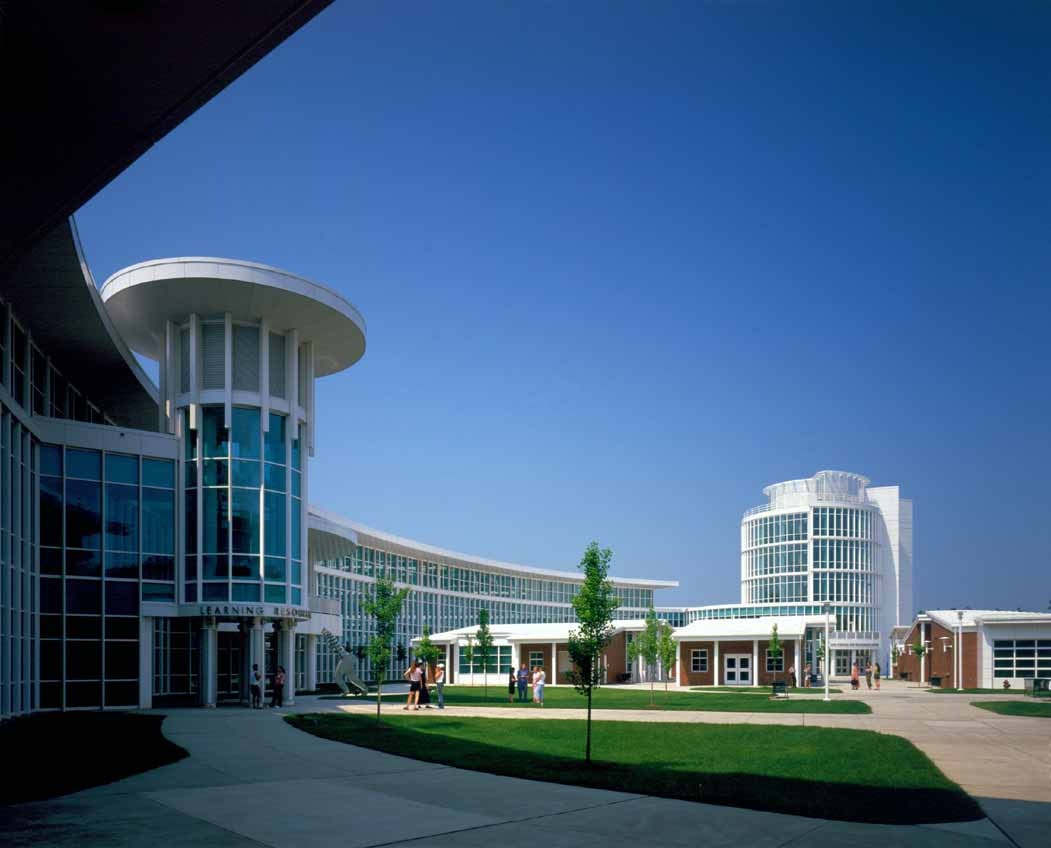 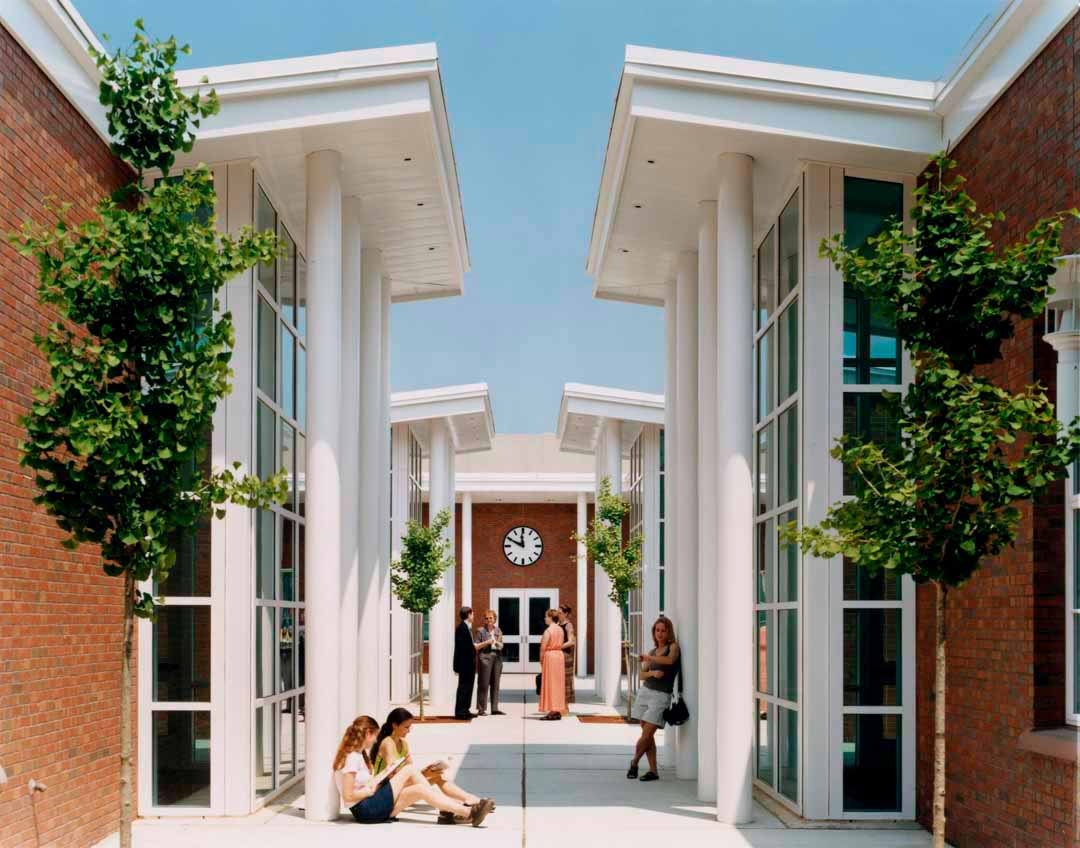 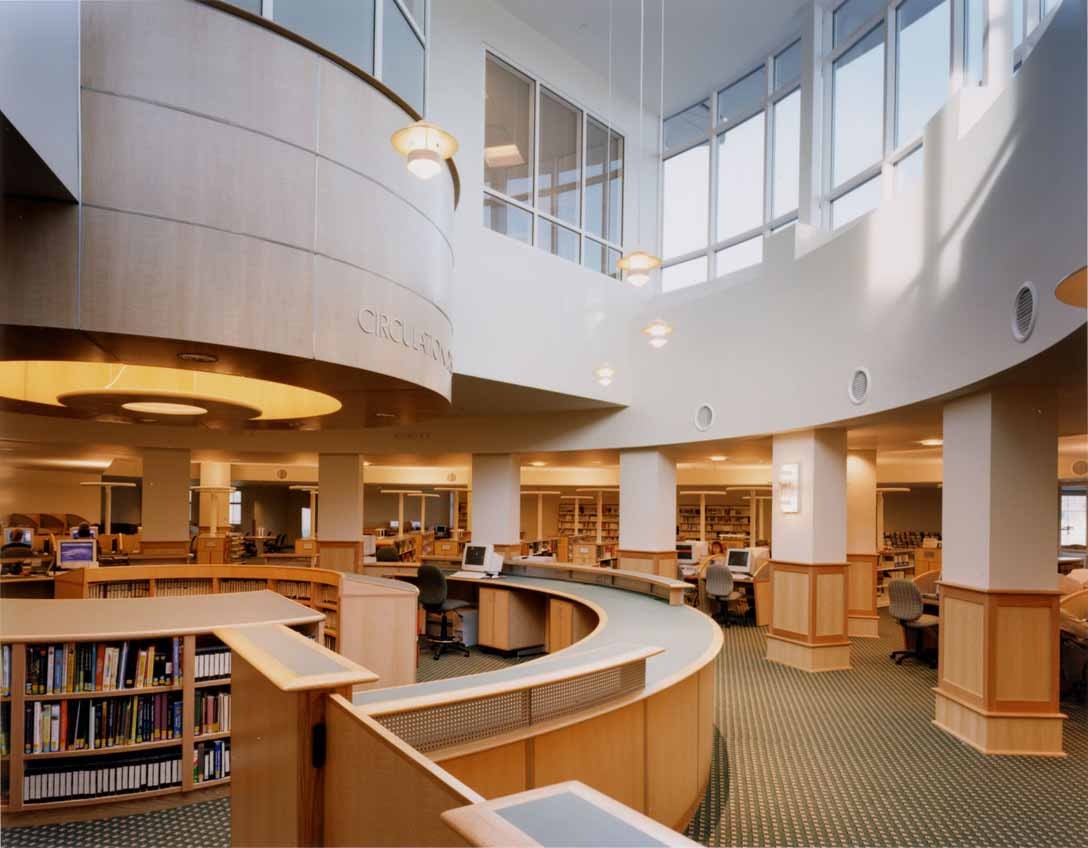 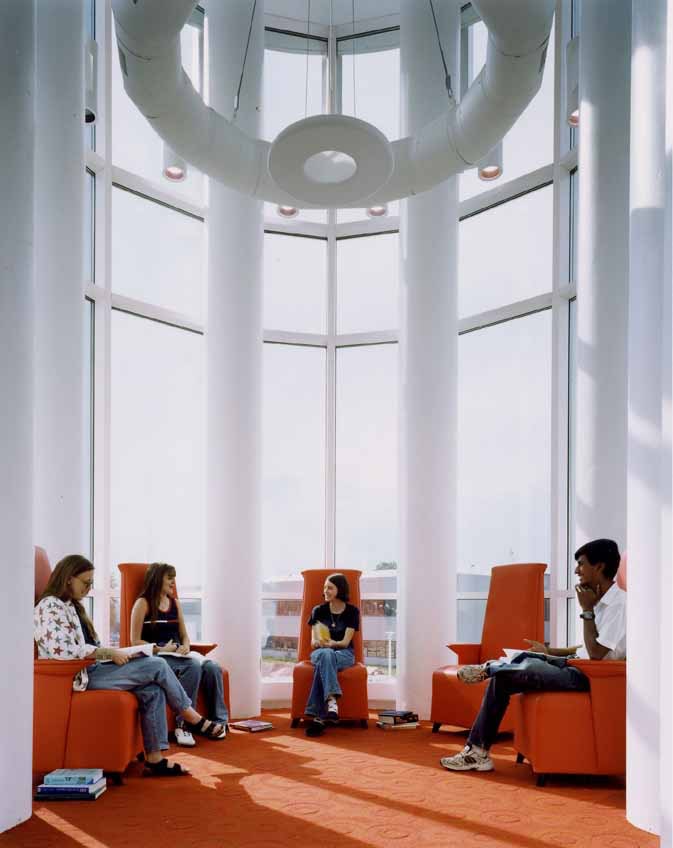 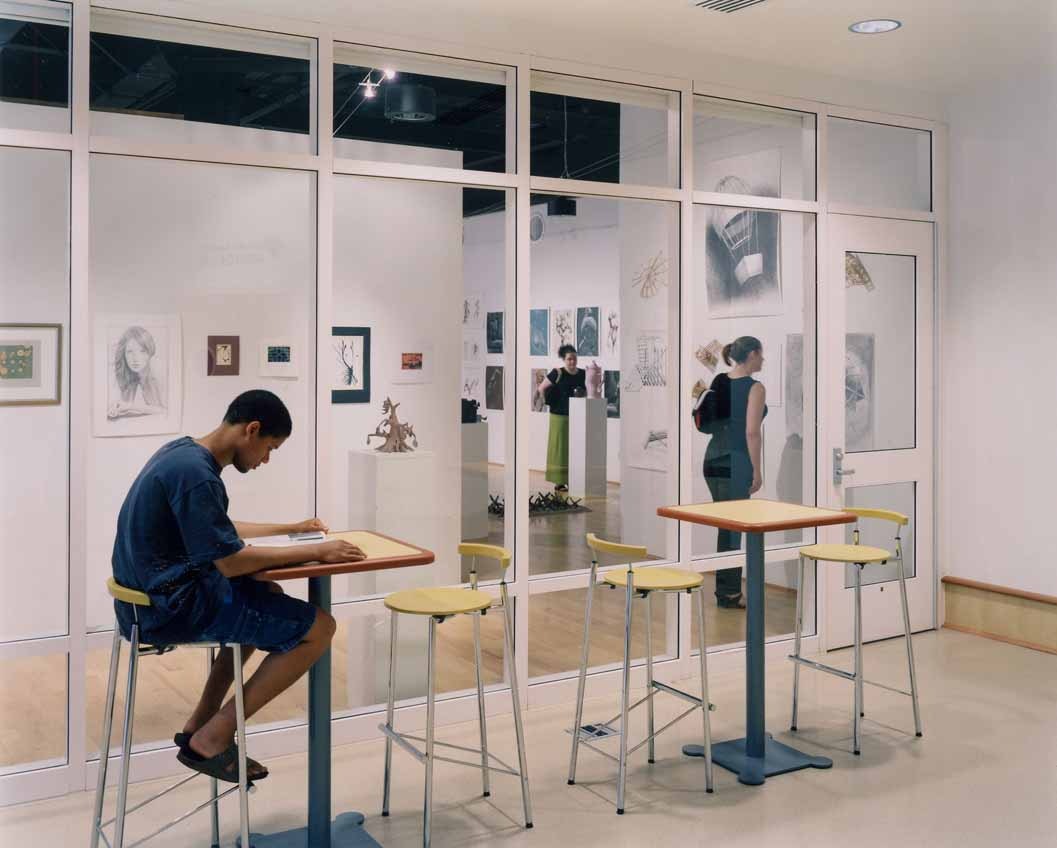 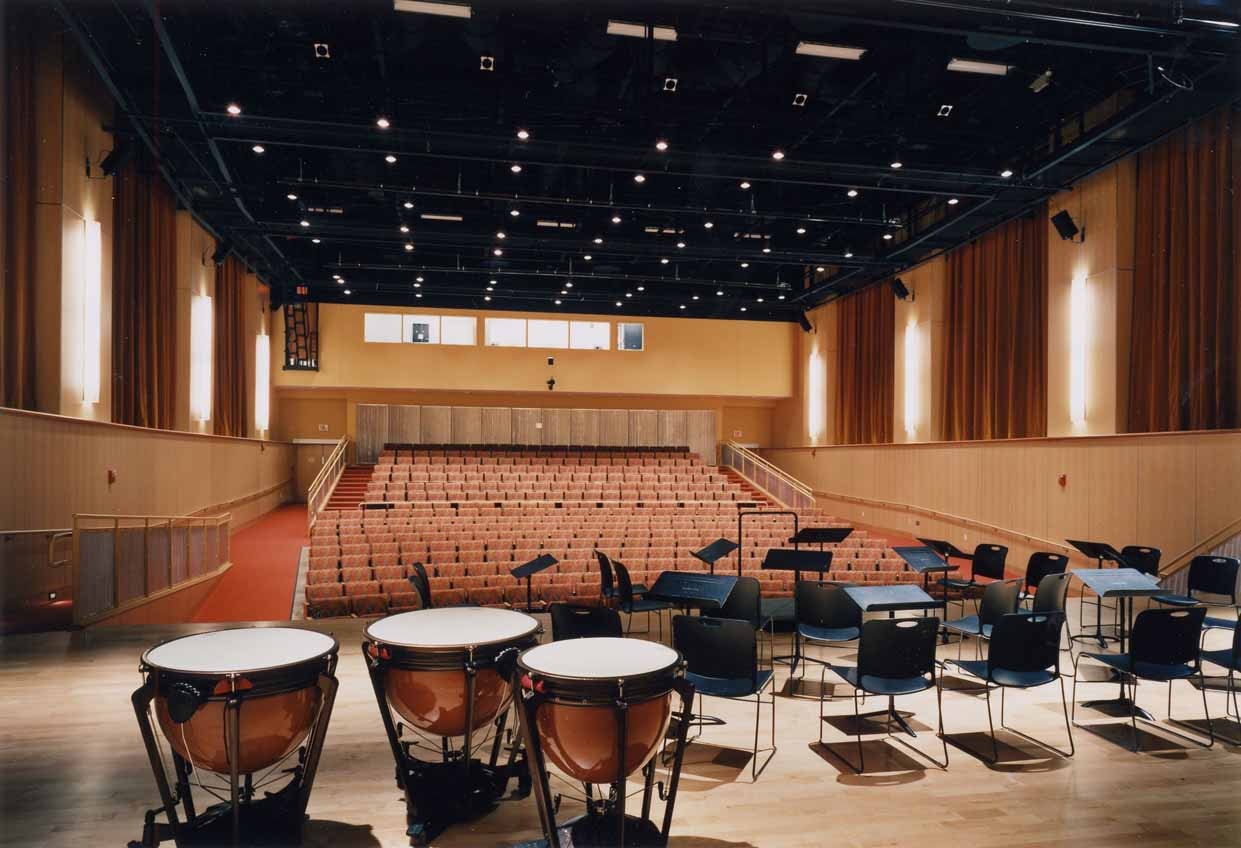 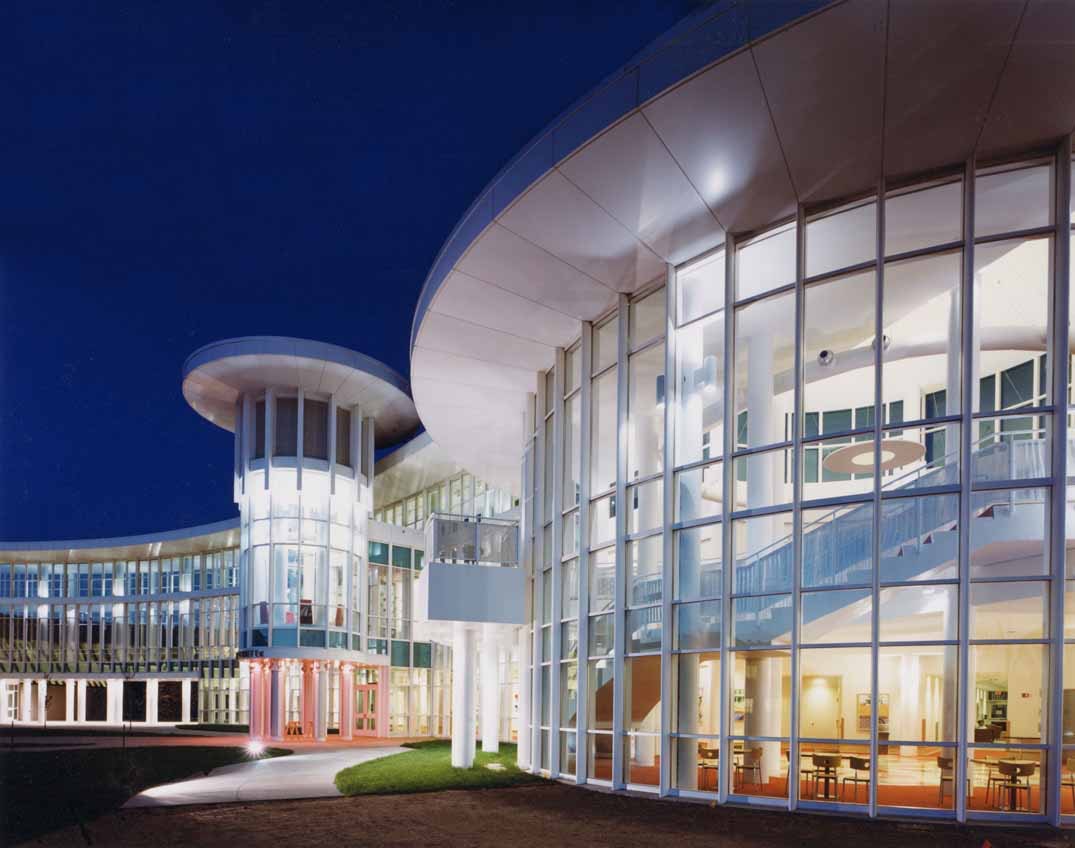 The green is a place for passive recreation and festive events. The village is a small walled town designed with streets, buildings, and landmarks. Its buildings showcase the college's offerings in music, art, applied sciences, and general education. Its streets are for walking only. The village is intended to convey security and a feeling of community. A wider east-west street serves as the village's "Main Street." It is focused on a five-story tower of faculty offices which is the principal landmark for the village and campus

“The most impressive single thing about that firm [Centerbrook] is their ability to listen to what you really want and their willingness to visit the campus 1,000 times to get the smallest detail right. I've never worked with an architect before who gave us what we asked for.” Jonathan M. Daube, Former President, Manchester Community College 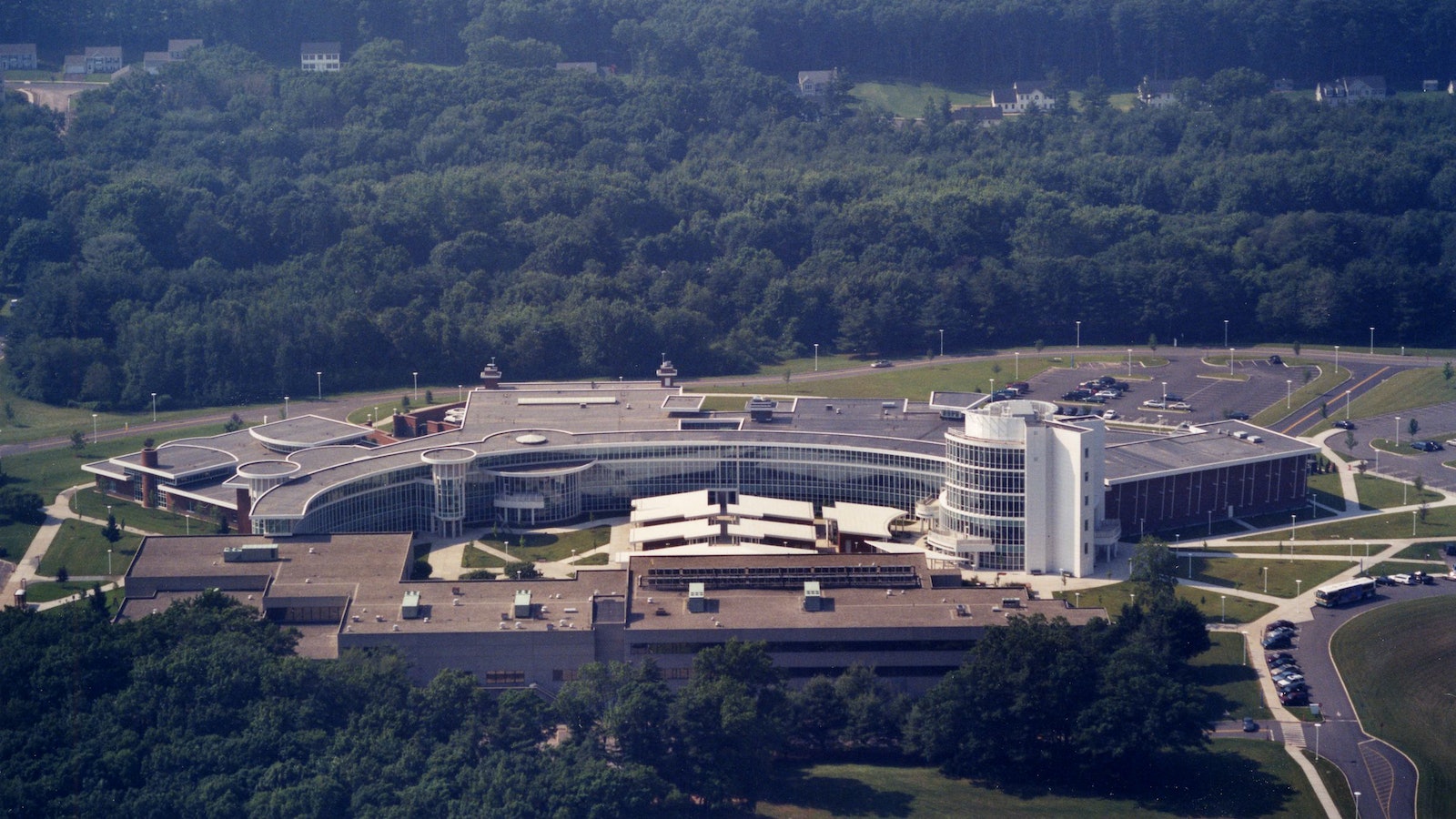 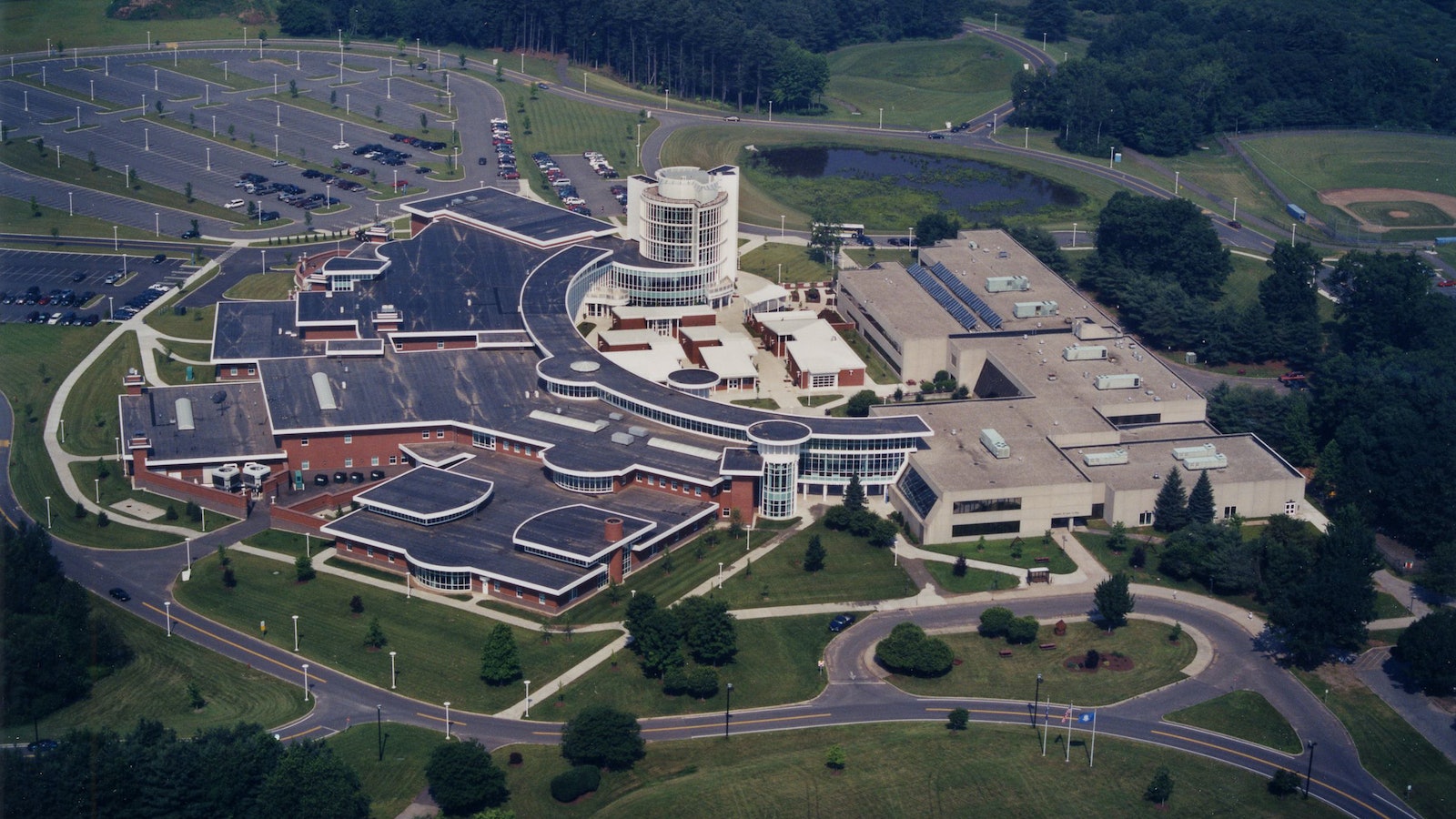