The Mark Twain Library was established in 1910 through the efforts of Samuel Clemens' daughter, Jean Clemens, to create and endow a library in memory of her father (Mark Twain) who spent his last years in Redding under her care. Many of the original books were from Mark Twain's personal library. The original building was built with help from the local townspeople and friends of Mark Twain. 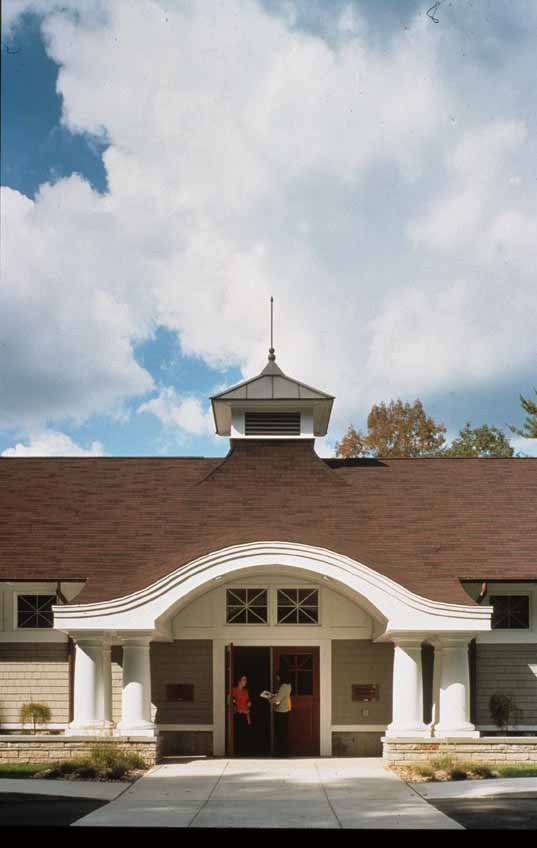 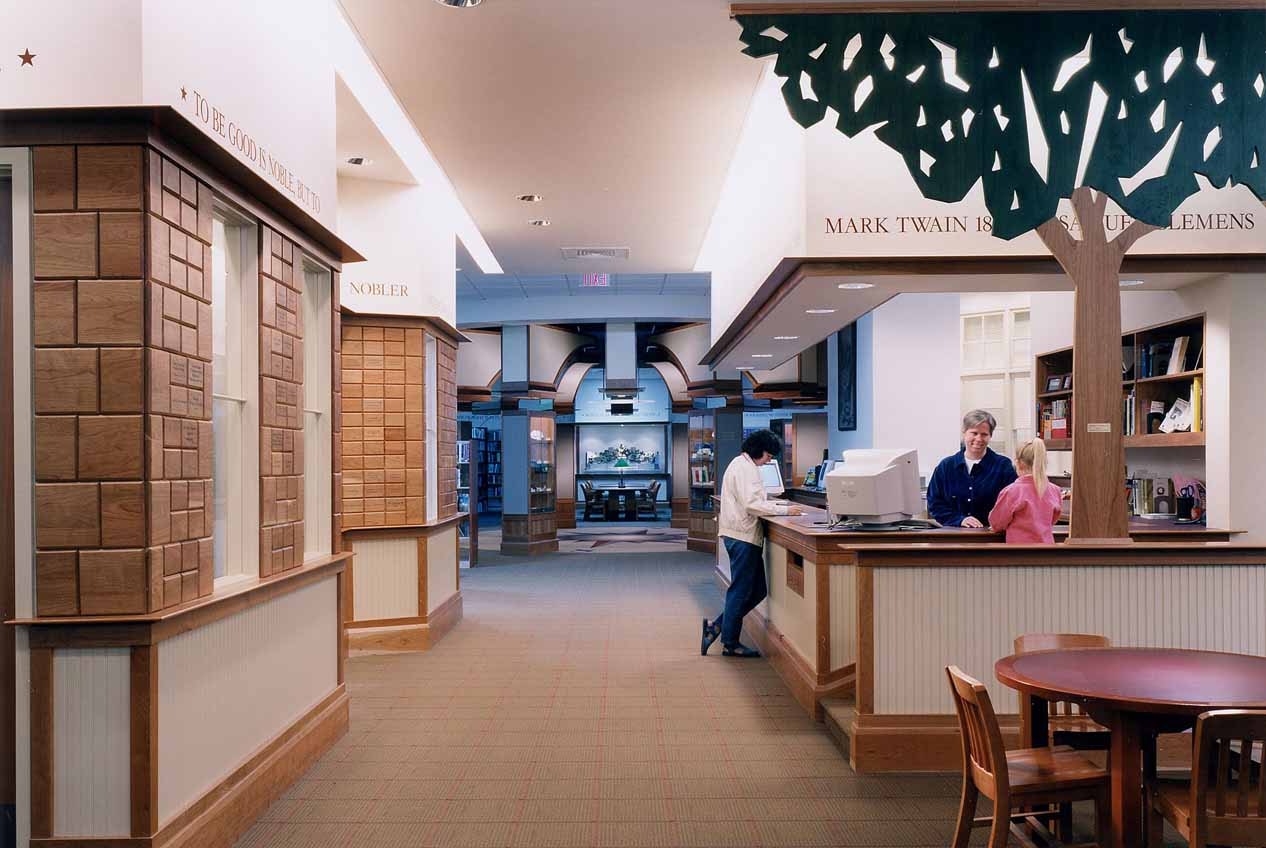 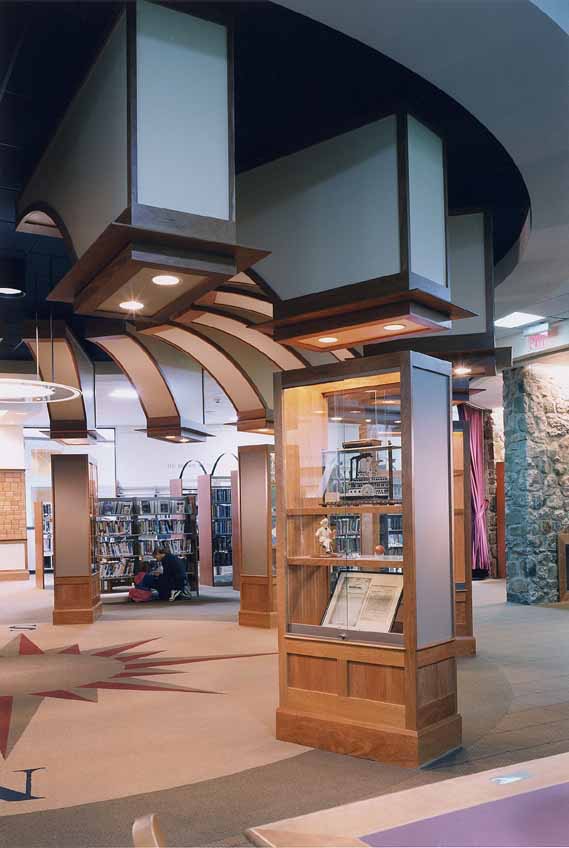 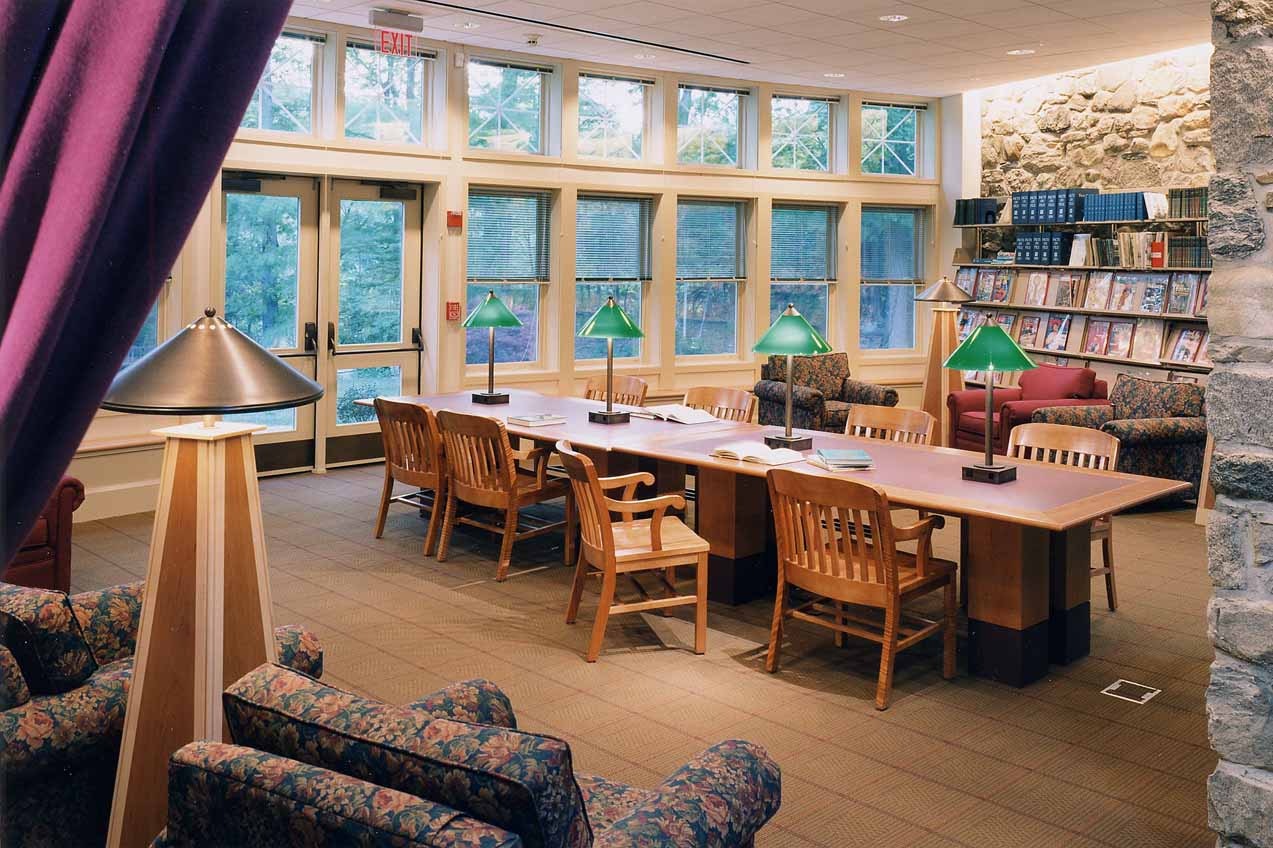 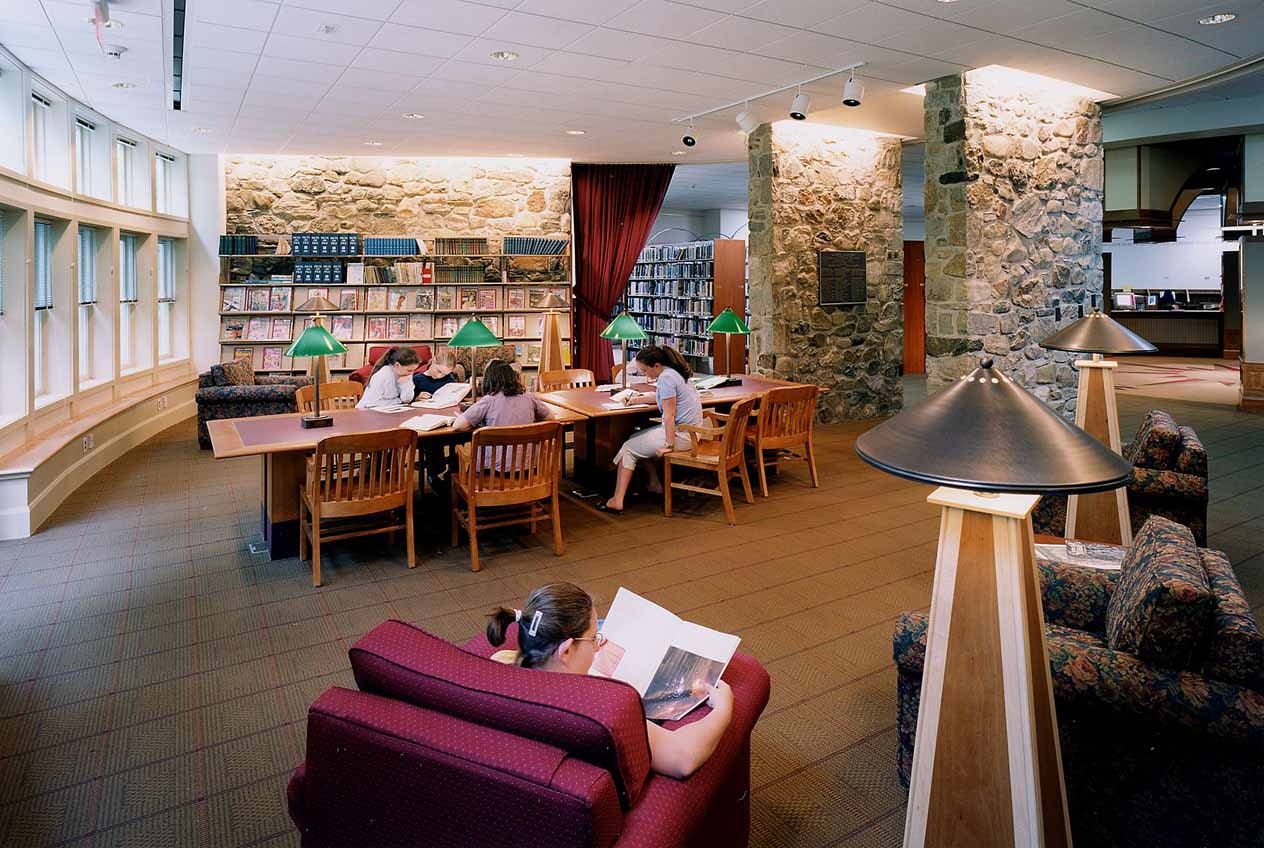 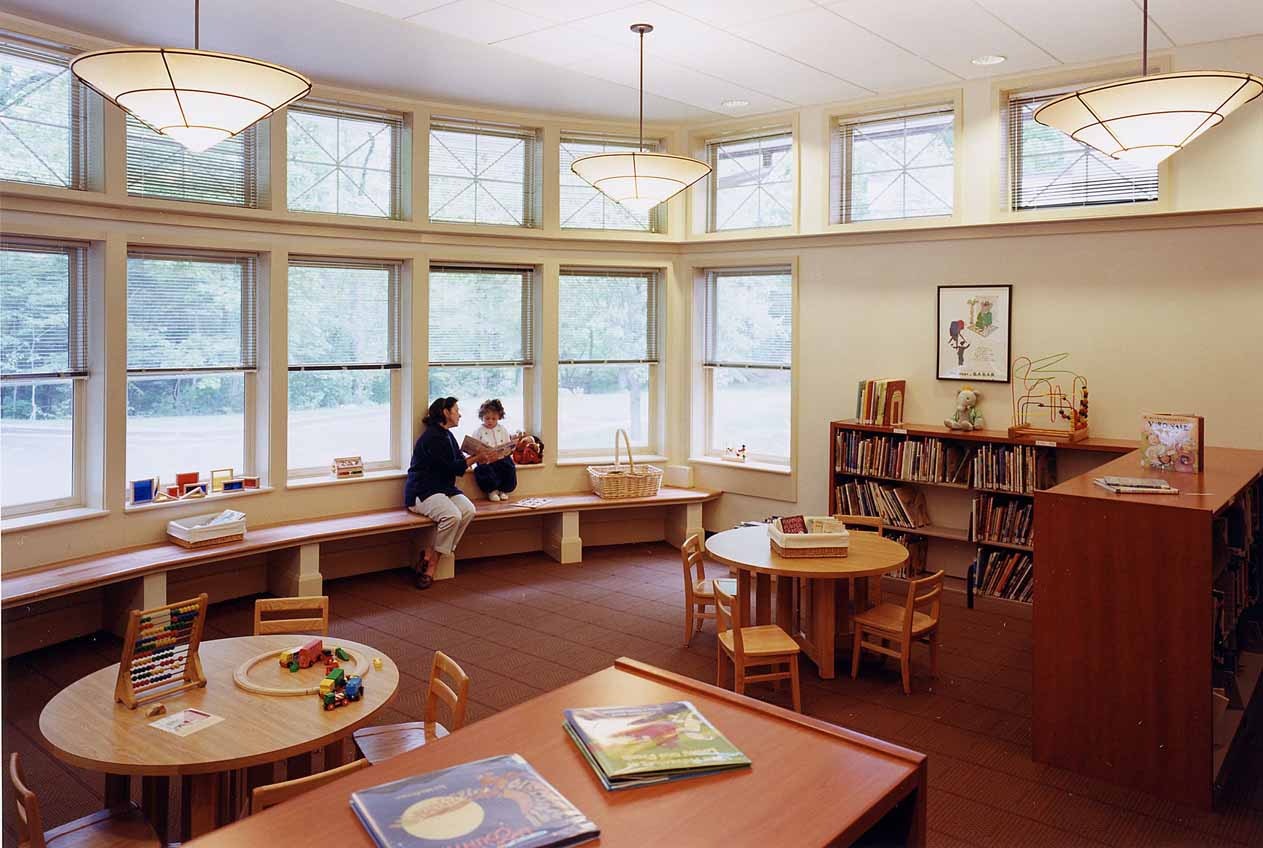 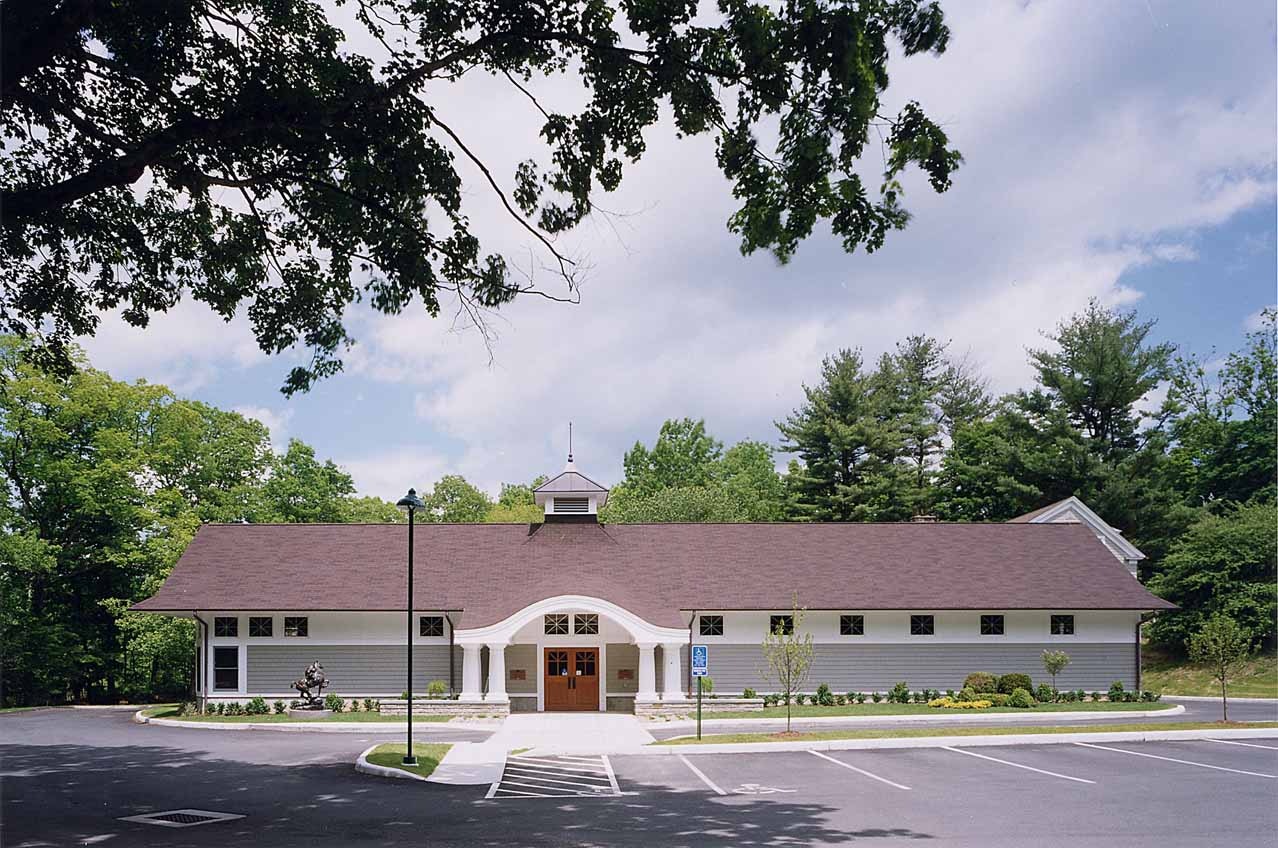 Slow but steady population growth in the 1970s resulted in an addition built of exposed concrete. In keeping with the philosophy of central library "control," then popular, the addition was round with a central circulation desk. This allowed a small staff to survey the entire facility from a single vantage point.

Further community growth in the 1980s and 1990s and rapid changes in information technology created the need for renovations and expansion. The Library Board worked with Centerbrook to shape a facility that would respond to present and future community needs.

The addition screens the view of the 1970s concrete structure and serves as the entrance to the library. The choice of shapes and materials is intended to complement the surrounding New England community. The addition contains the children's functions, separating the noise associated with children's activities from the main library.

The center of the existing round building was reshaped as a display area, (vaguely reminiscent of a river boat paddle wheel). The display cases can be moved to allow larger public functions. At the far end of the central axis sits a restored sculpture of Mark Twain surrounded by characters from many of his stories. The architectural frieze around the entire facility is composed of quotes from Mark Twain's lectures and novels.

The original Mark Twain Library building was enovated for special collections and is available for public functions, meetings, and musical performances. 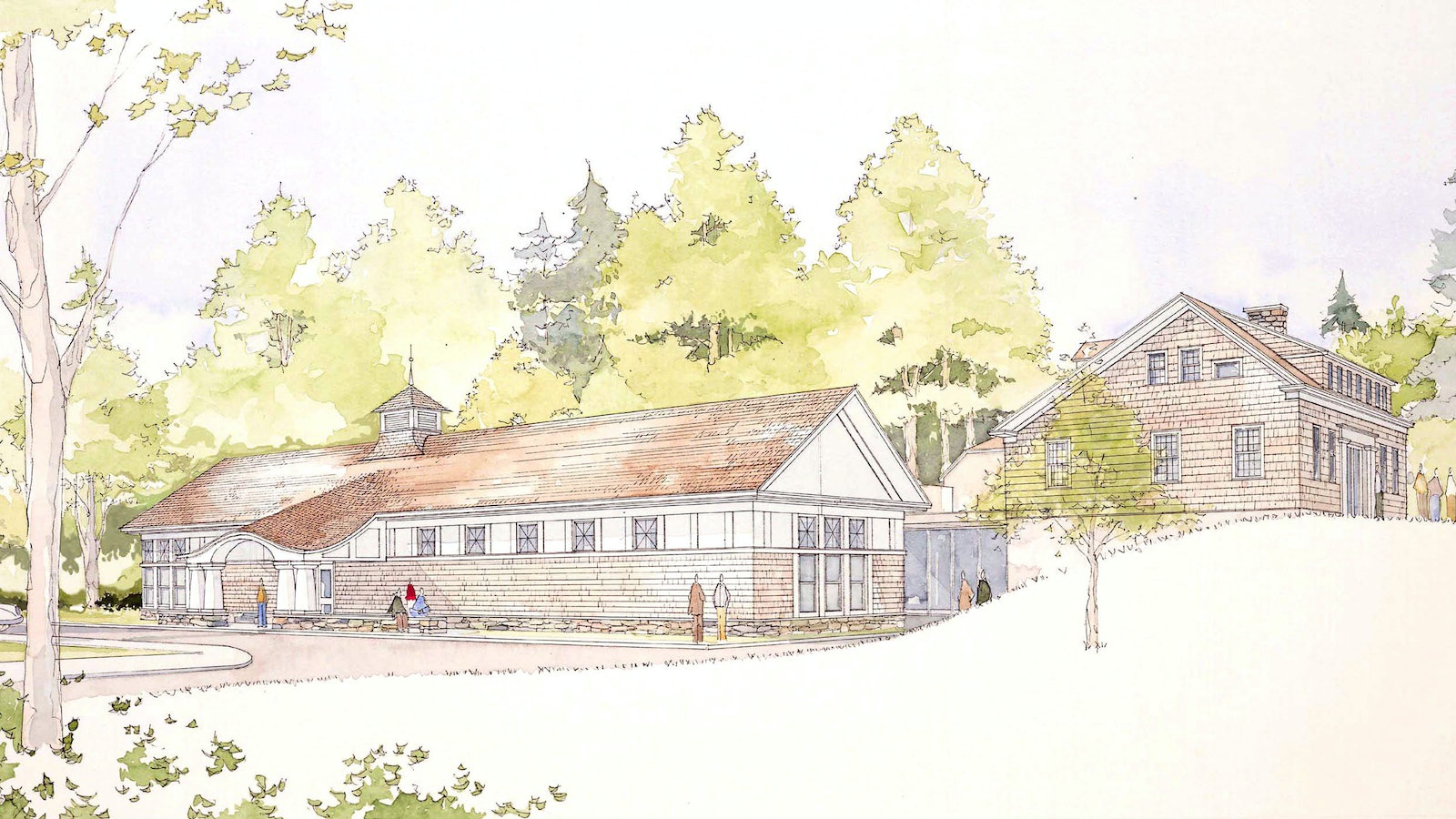