Seemingly a giant toy ready to set sail, this maritime museum is an icon on the world’s largest naval harbor. Hosting the battleship U.S.S. Wisconsin as well as visiting ships, it houses a historic naval museum along with a huge array of interactive exhibits that dramatize and explain marine science and technology. Its panoramic film theater screen opens to the harbor and the waterfront park connected below. 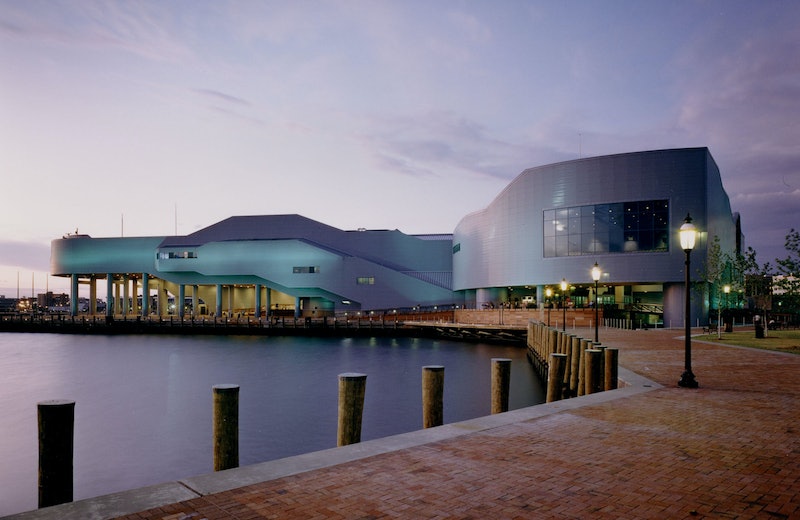 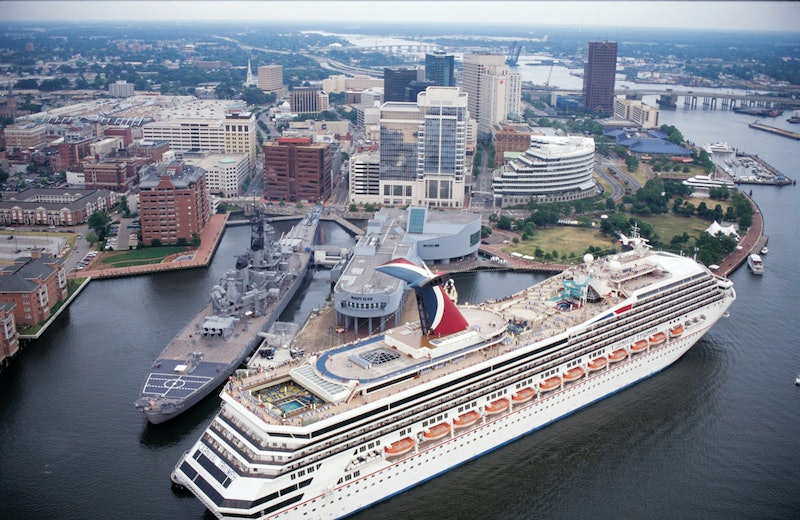 The owner (a semipublic authority) asked that the building be a national landmark to draw visitors and herald the Hampton Roads' preeminence in marine technology. The client also wanted to complete a waterfront greenbelt, connecting parks to the north and south.

Views of the water from downtown streets are precious. The building lifts over pedestrian site lines to the river while remaining as a visible icon at the foot of Main Street in Norfolk. 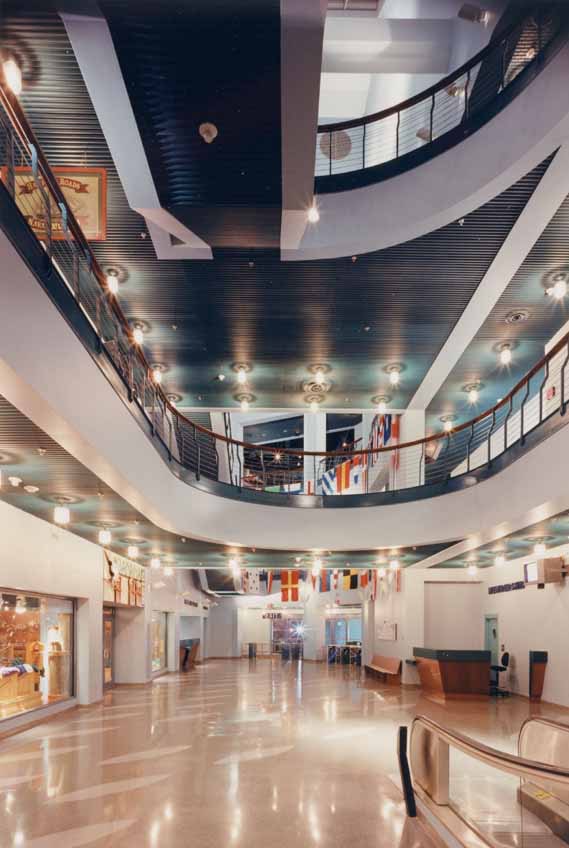 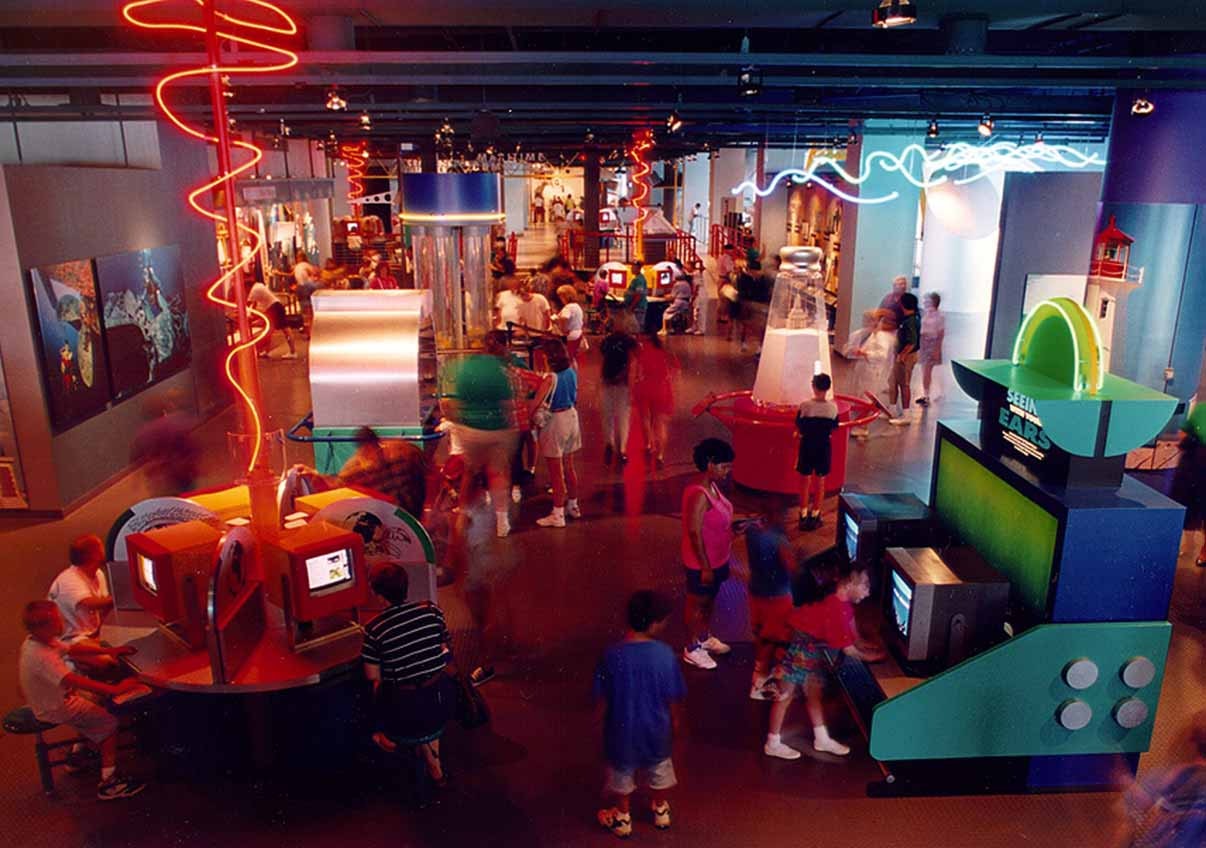 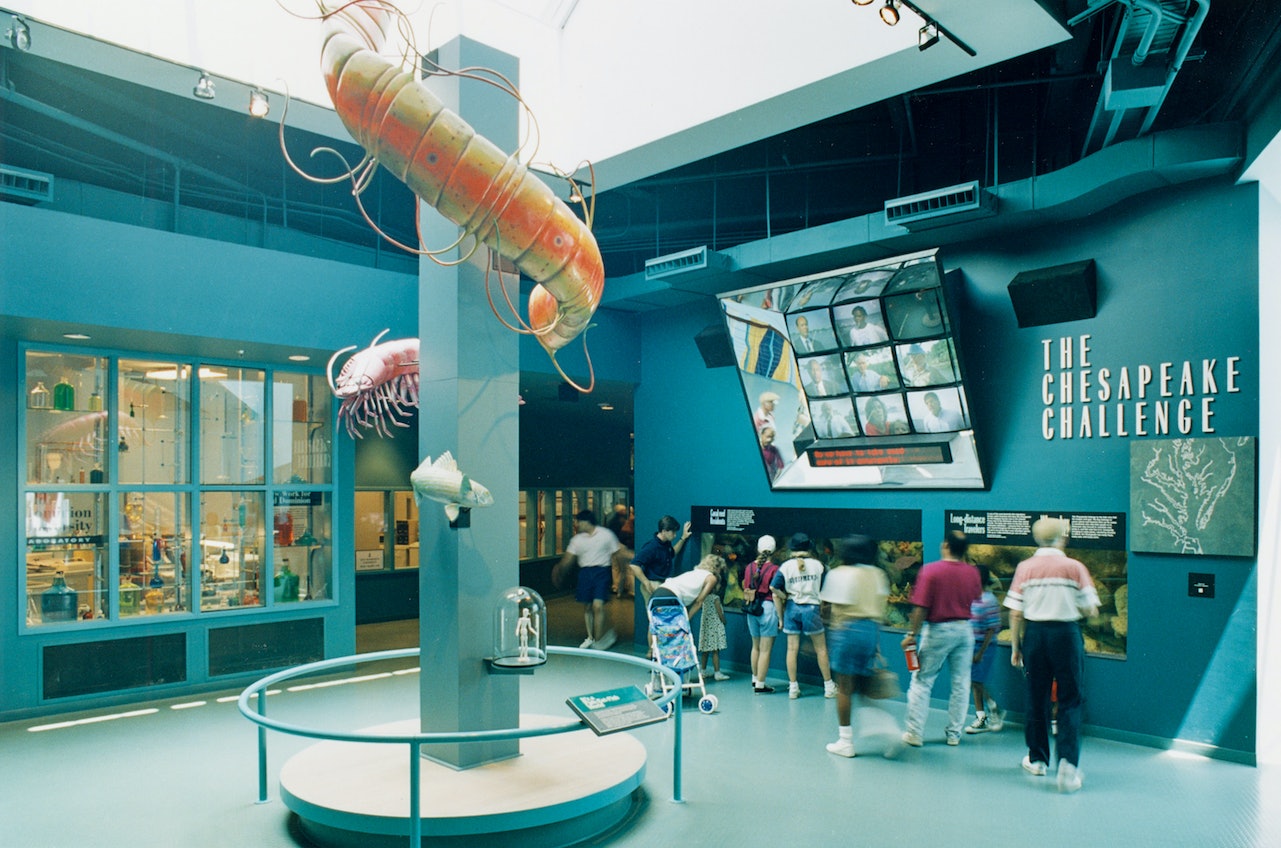 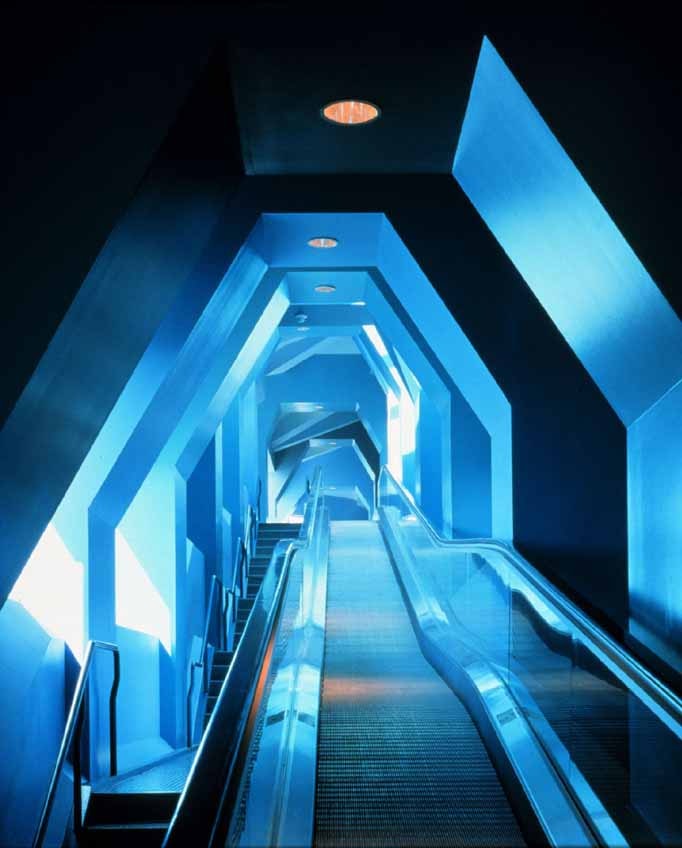 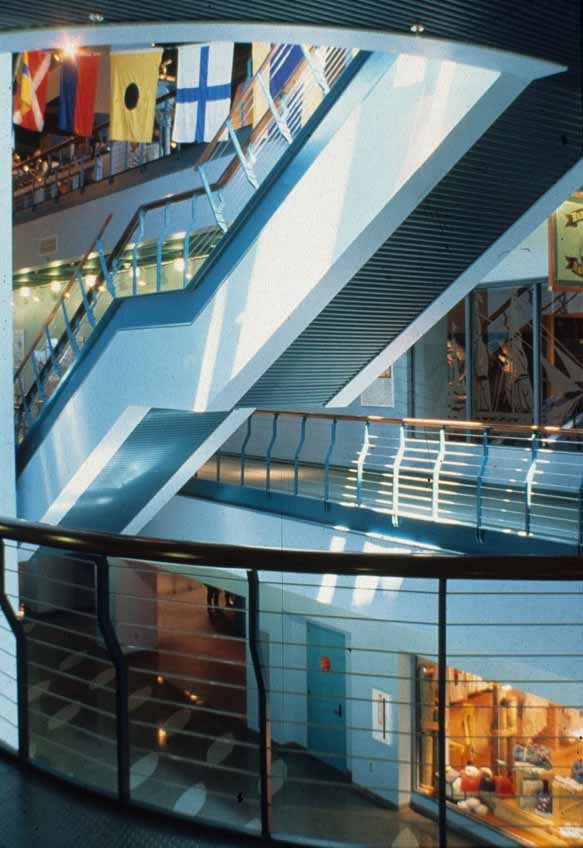 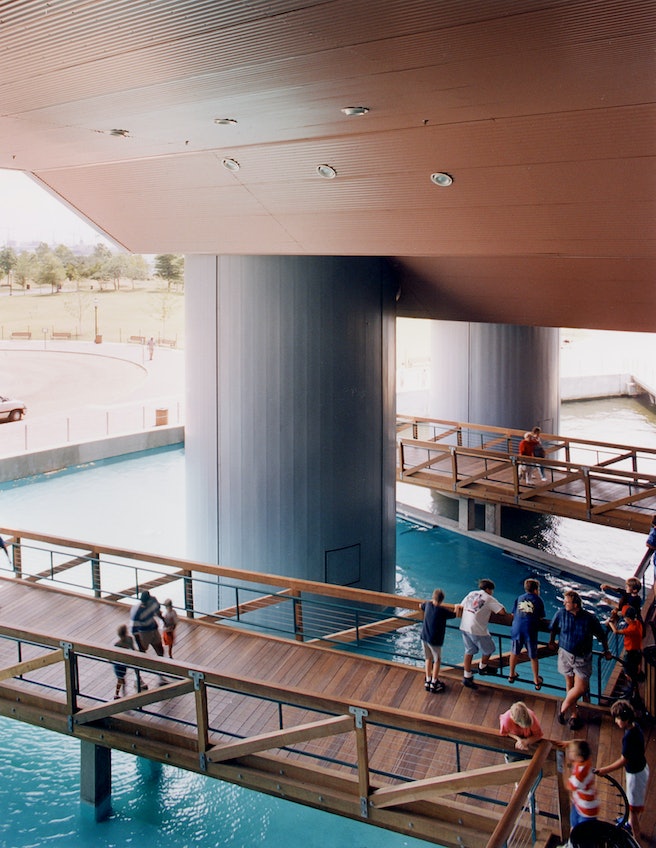 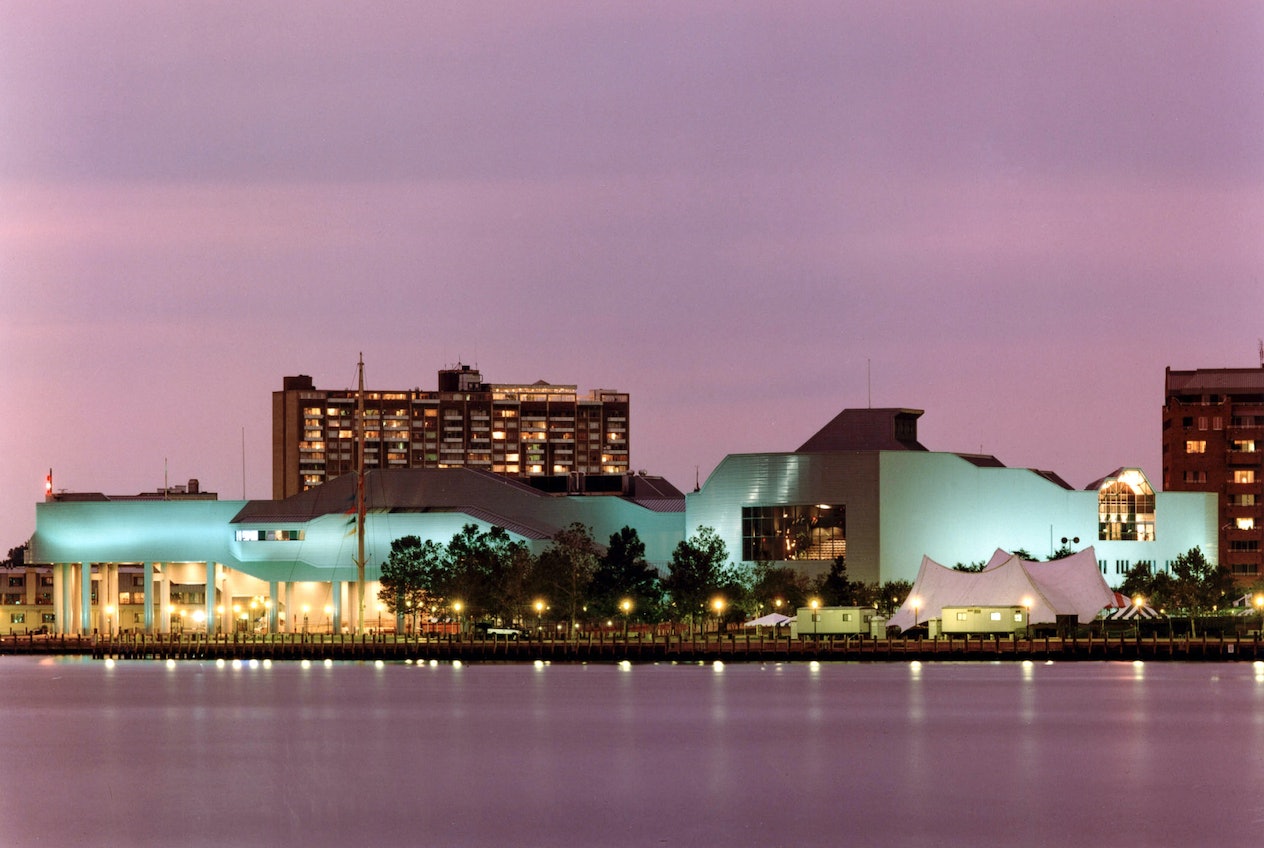 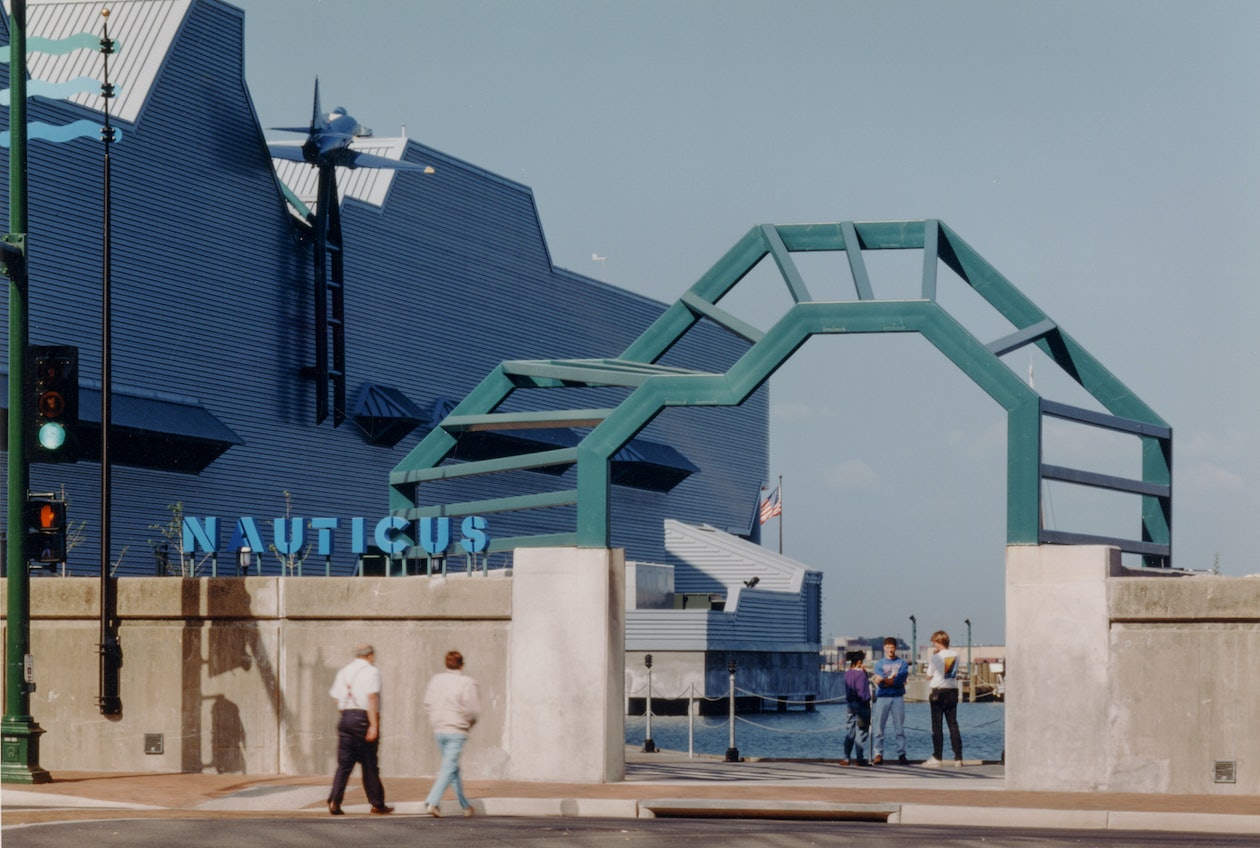 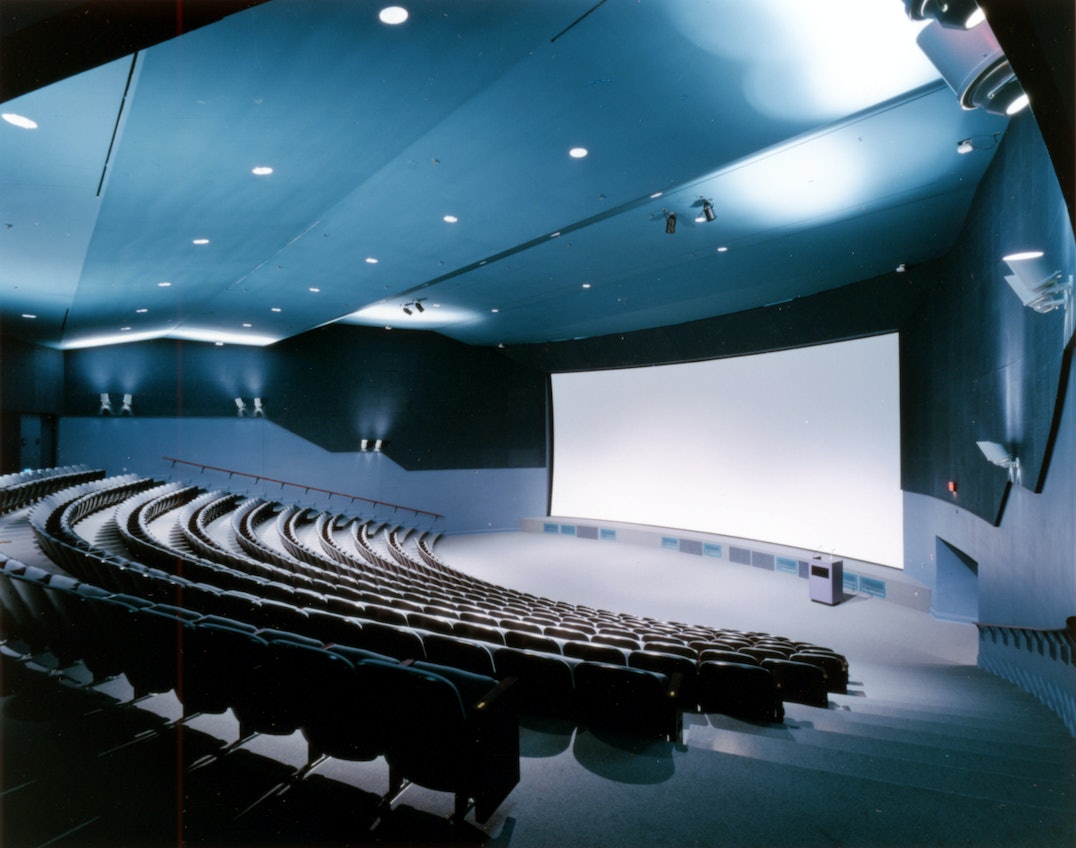 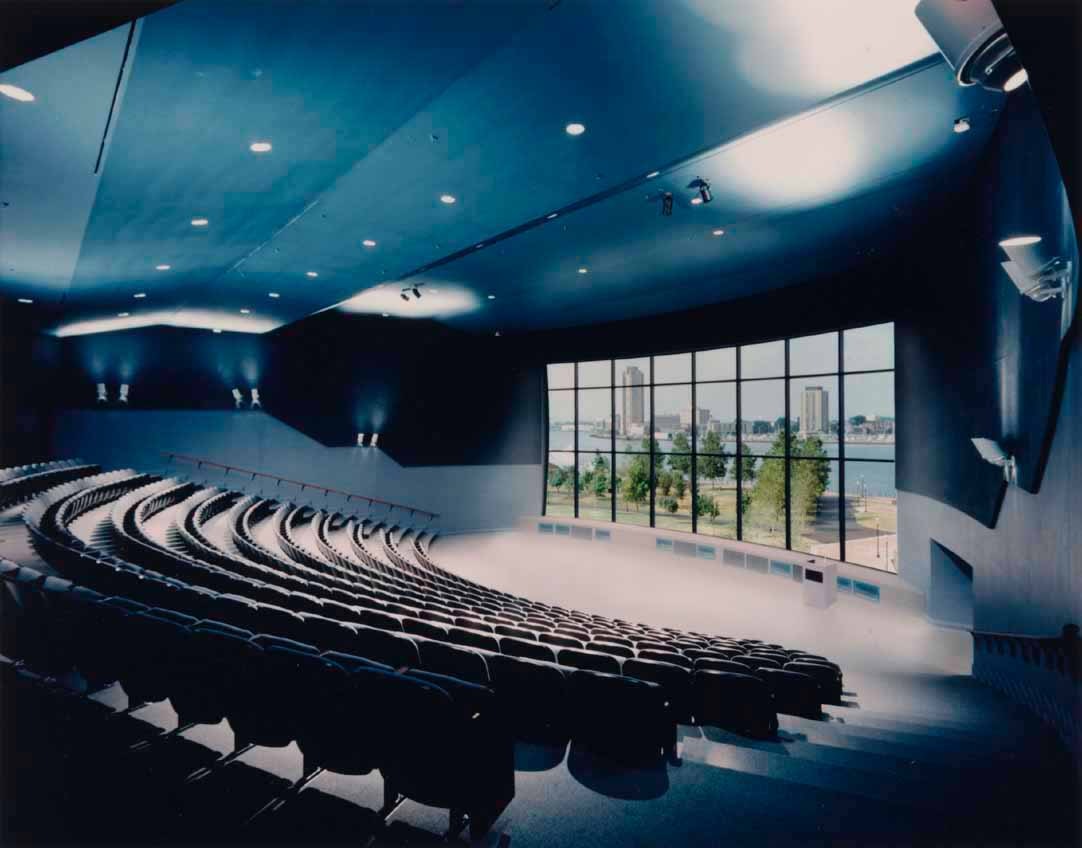 After touring exhibits, visitors enter the 350-seat film theater. The giant movie screen slides into a pocket upon film's completion to expose a large window overlooking the harbor. This magically ties the film's maritime themes to real harbor life. The screen is a state-of-the-art concave vacuum box to minimize projection distortions.

“Down to the detailing of the terrazzo in the central hall, the building repeatedly invites viewers to apply their own imaginations to the mysteries of the sea.” Architecture, December 1995