Raytheon Technologies joined with the New England Air Museum to conceive a museum that would exhibit airplanes powered since the dawn of aviation with engines manufactured by its subsidiary, Pratt & Whitney.

The project consisted of renovating an empty circa 1950s hanger, and the addition of new structures to house a lobby, exhibits, a gift shop, offices, and a restaurant. The buildings overlook Rentschler Field, a former airport named after Pratt & Whitney founder Frederick Rentschler. 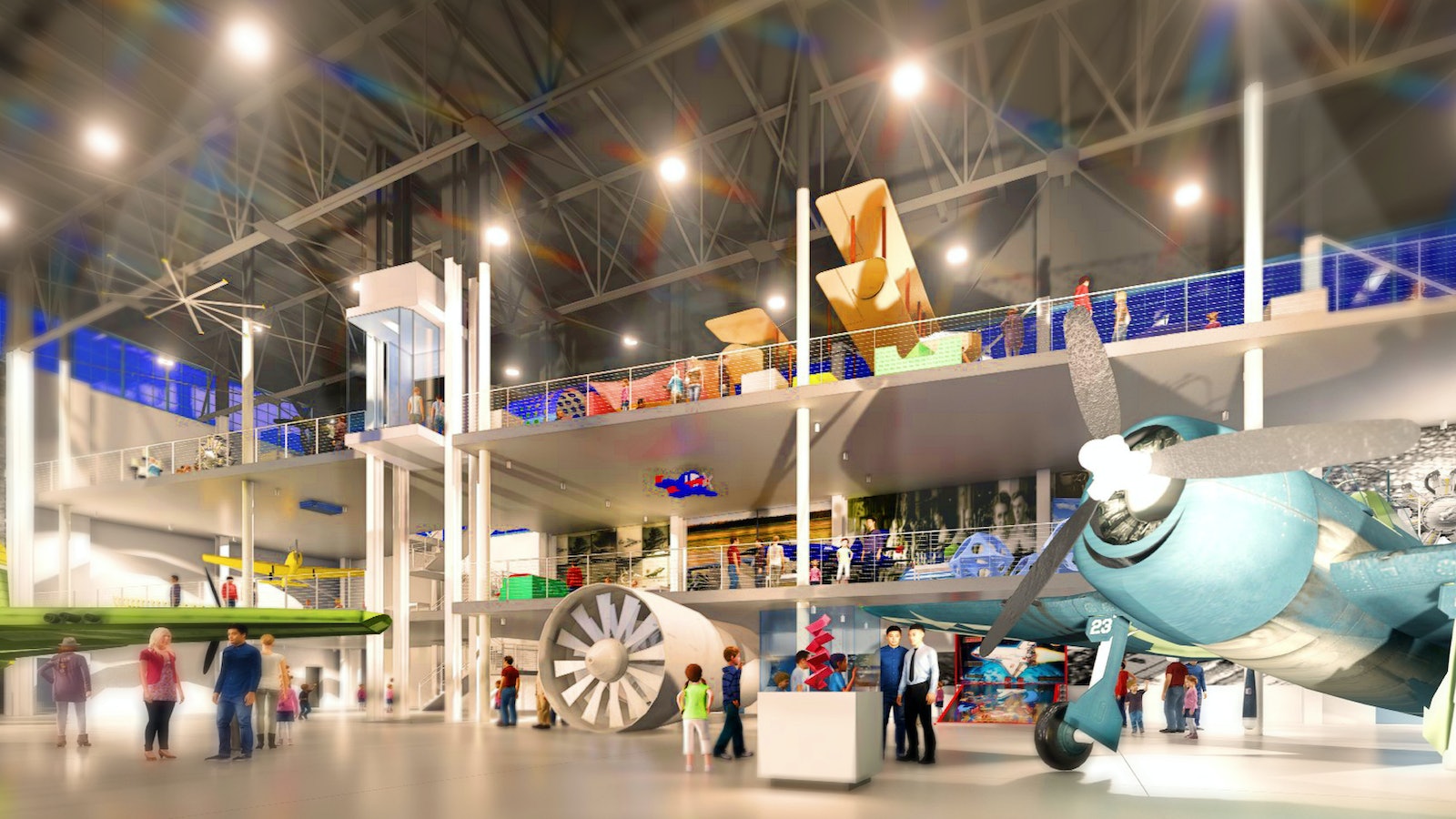 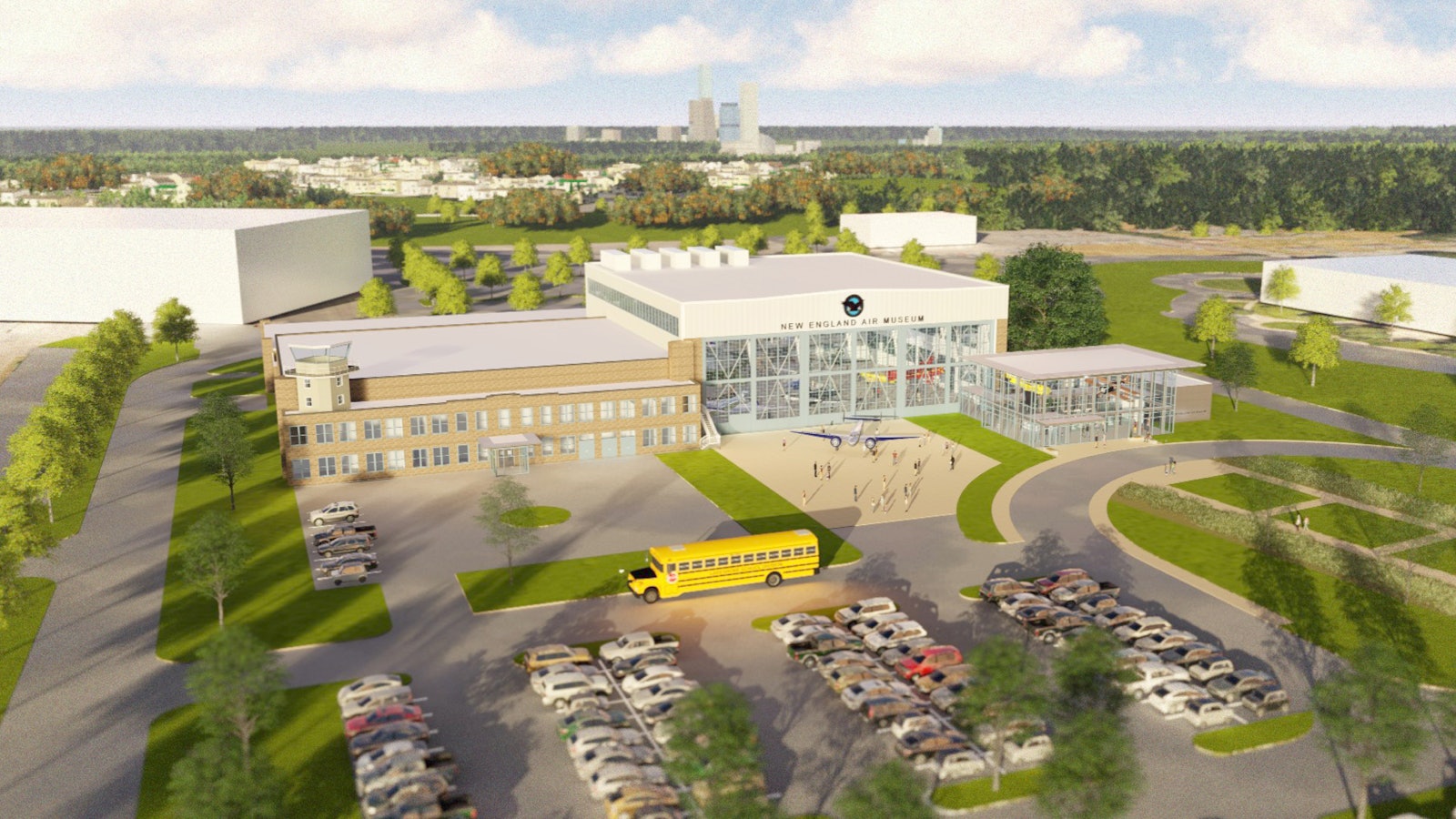 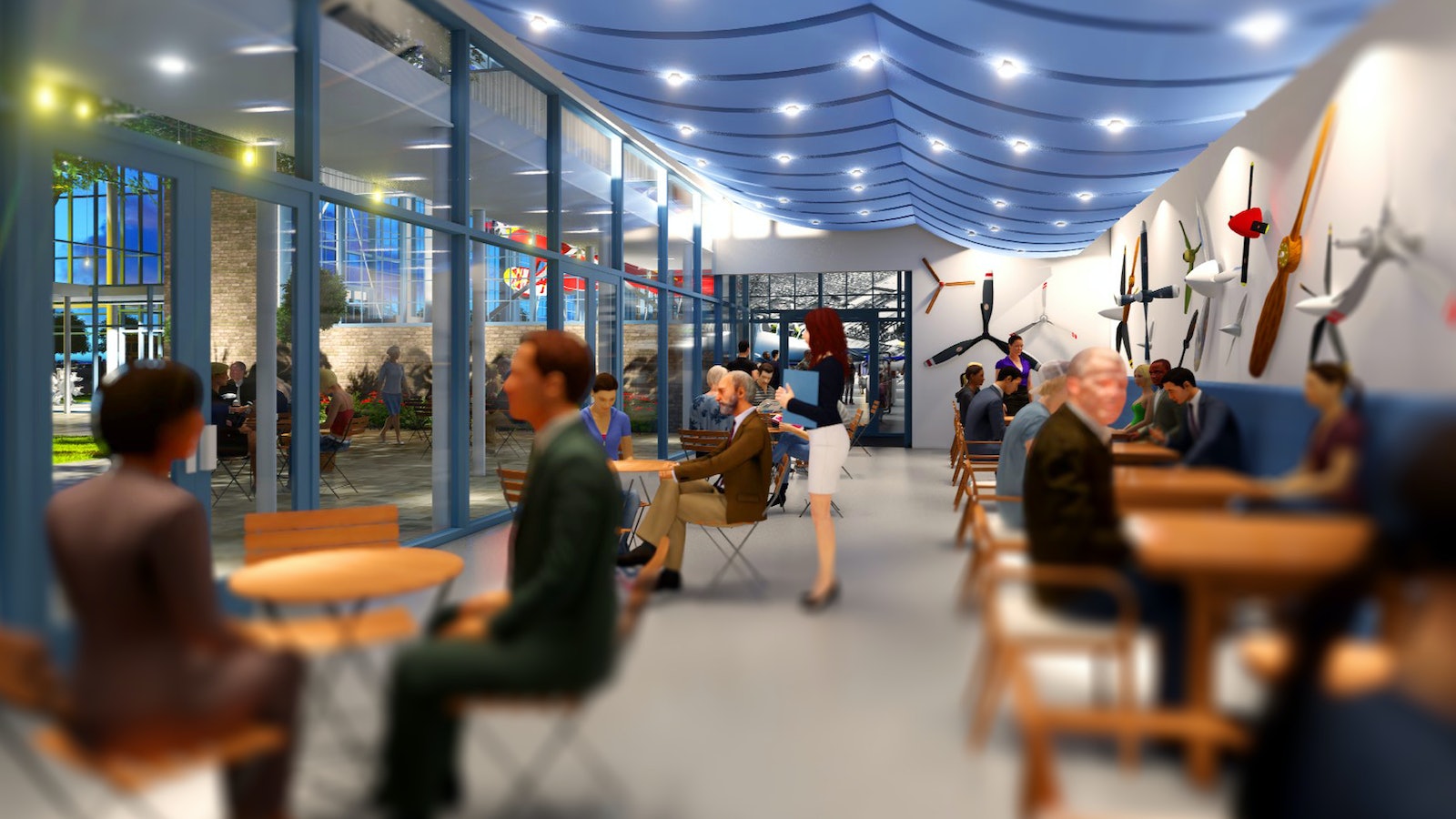 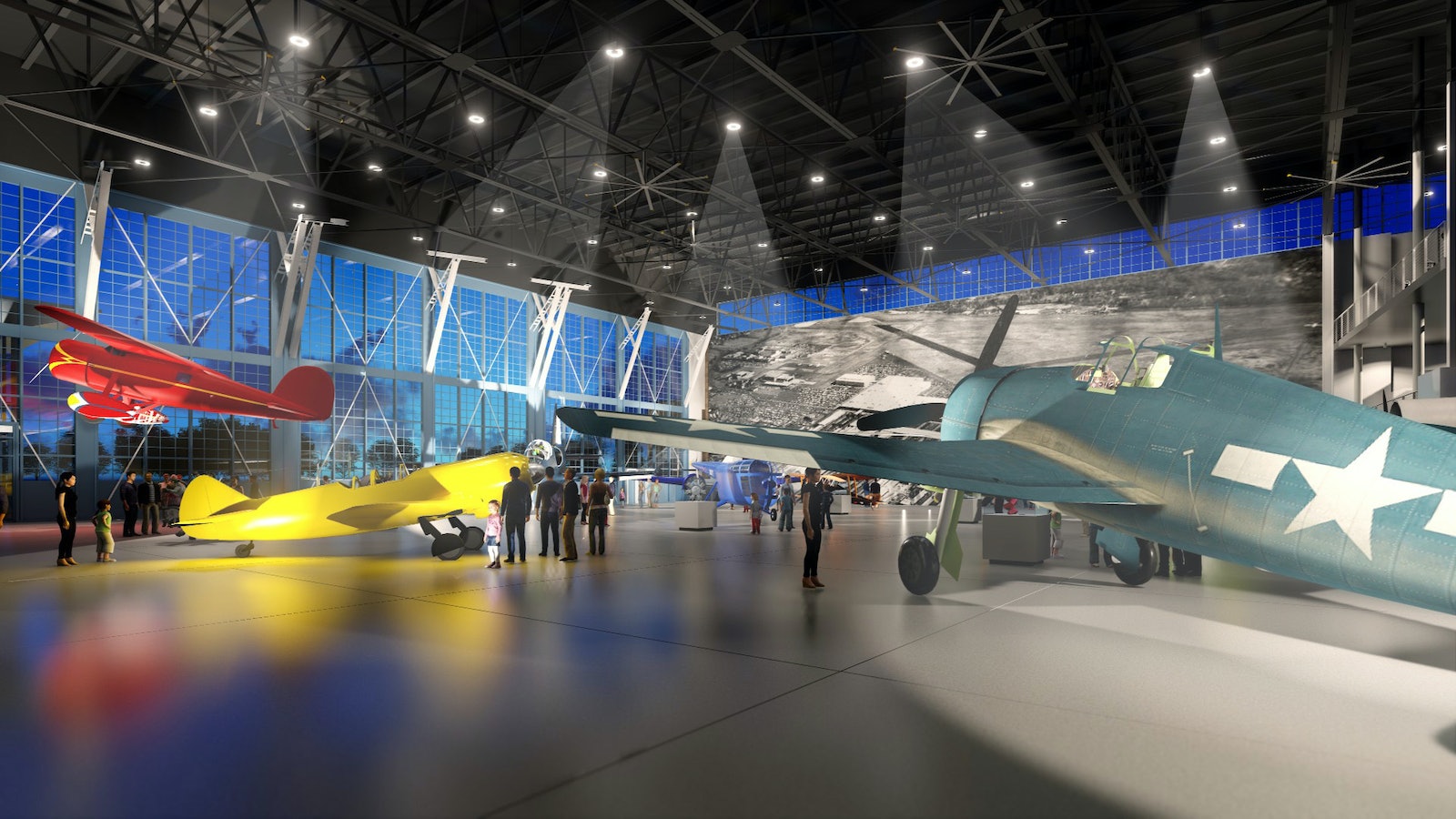 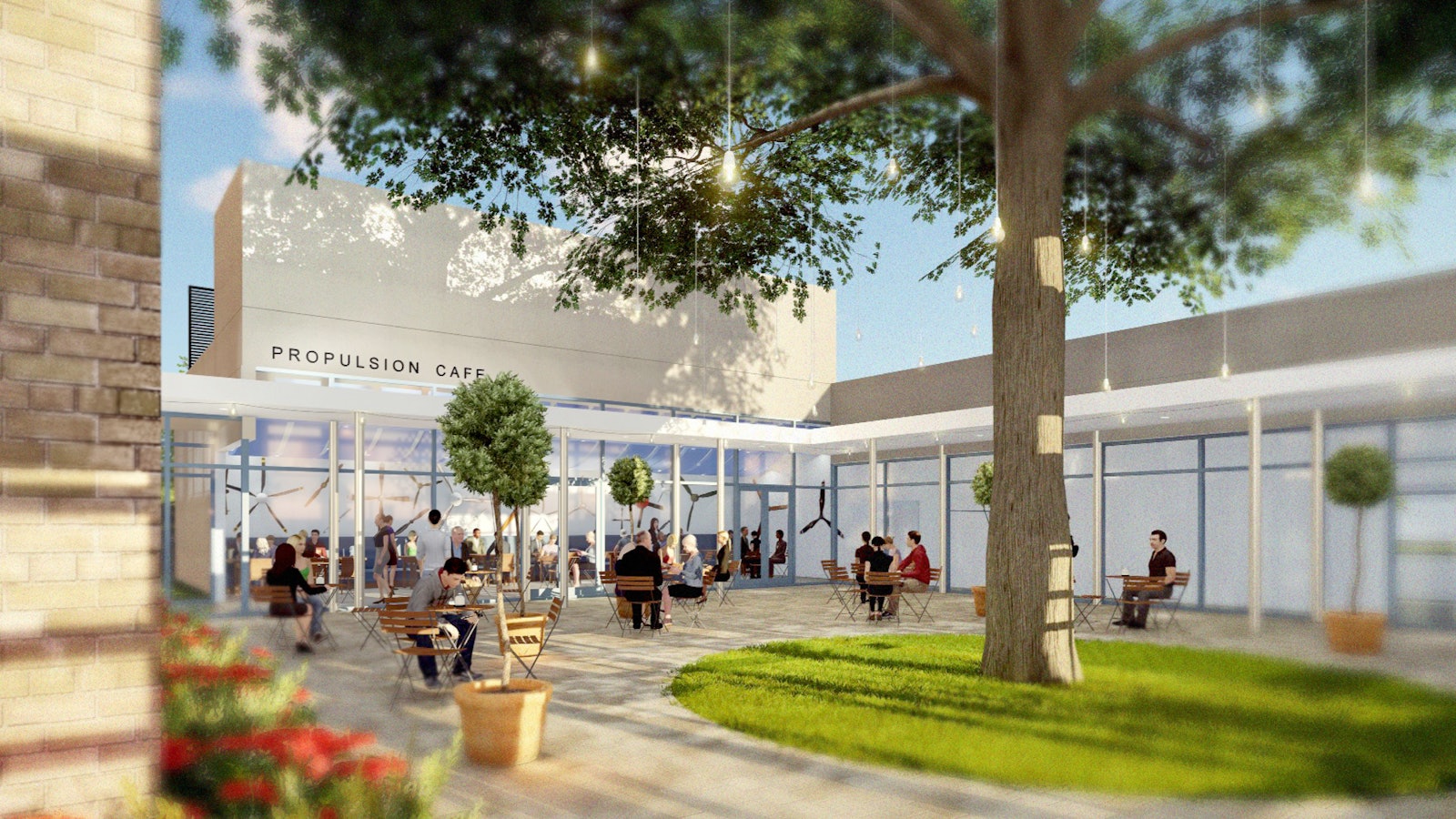 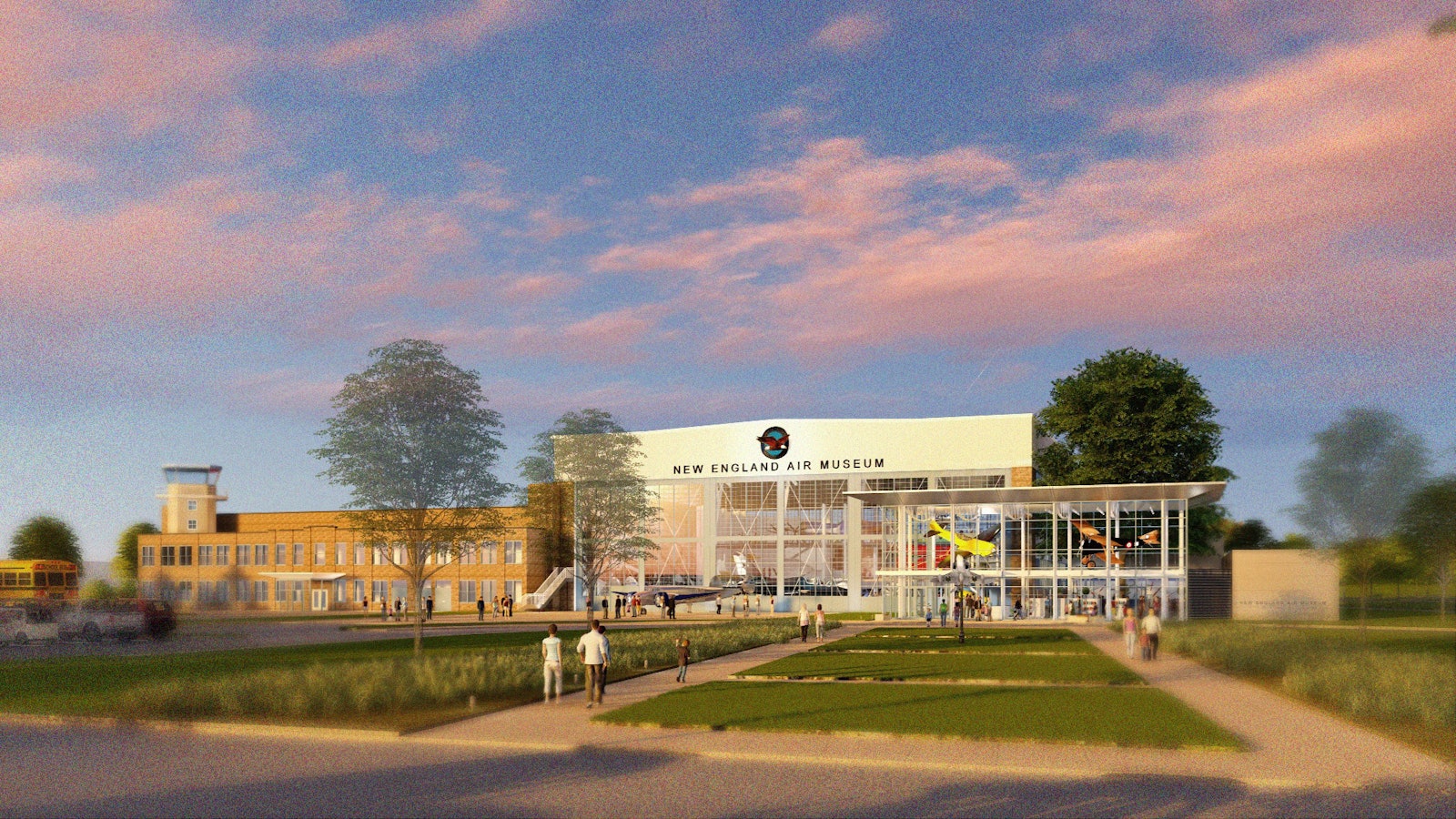 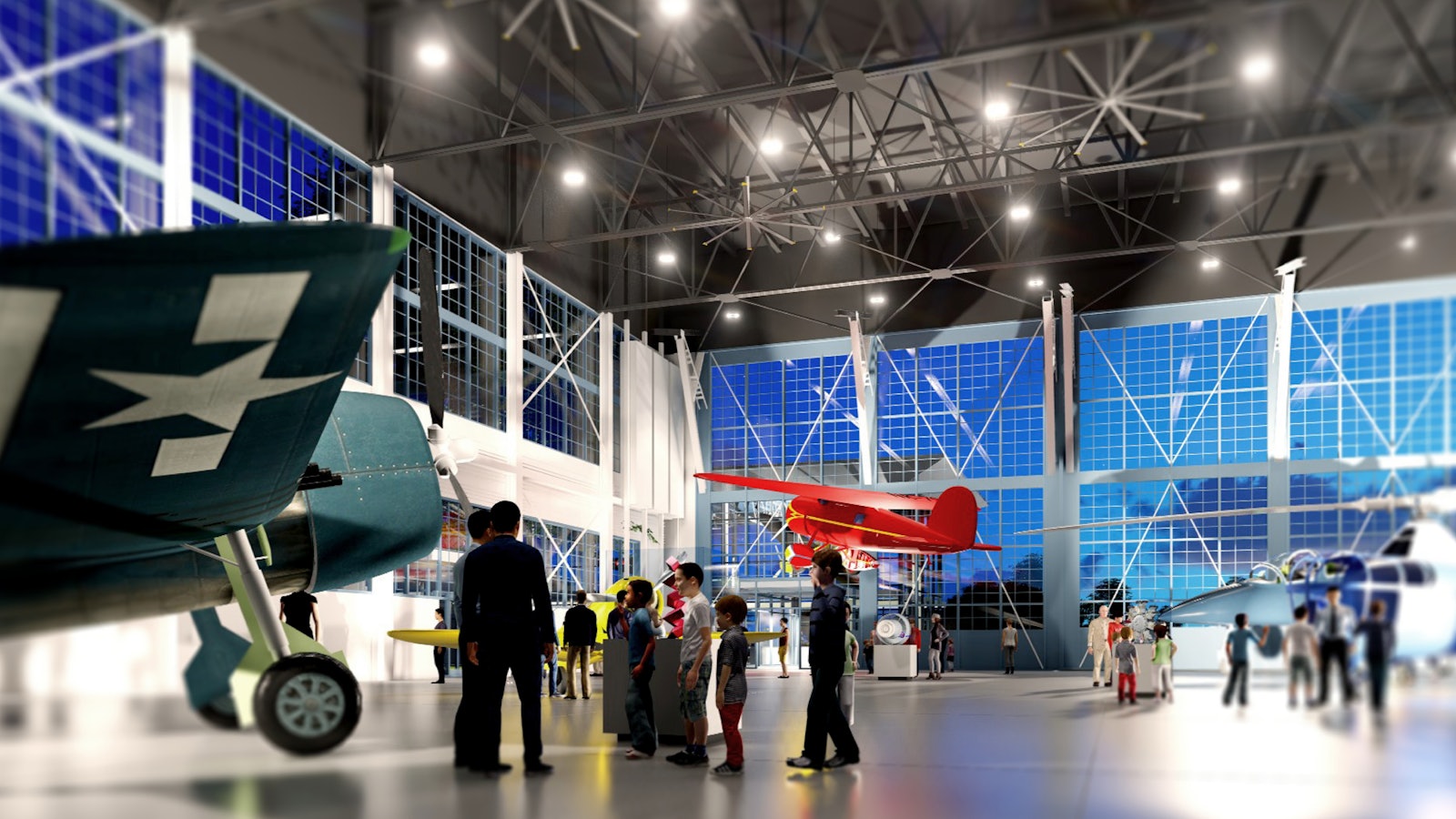 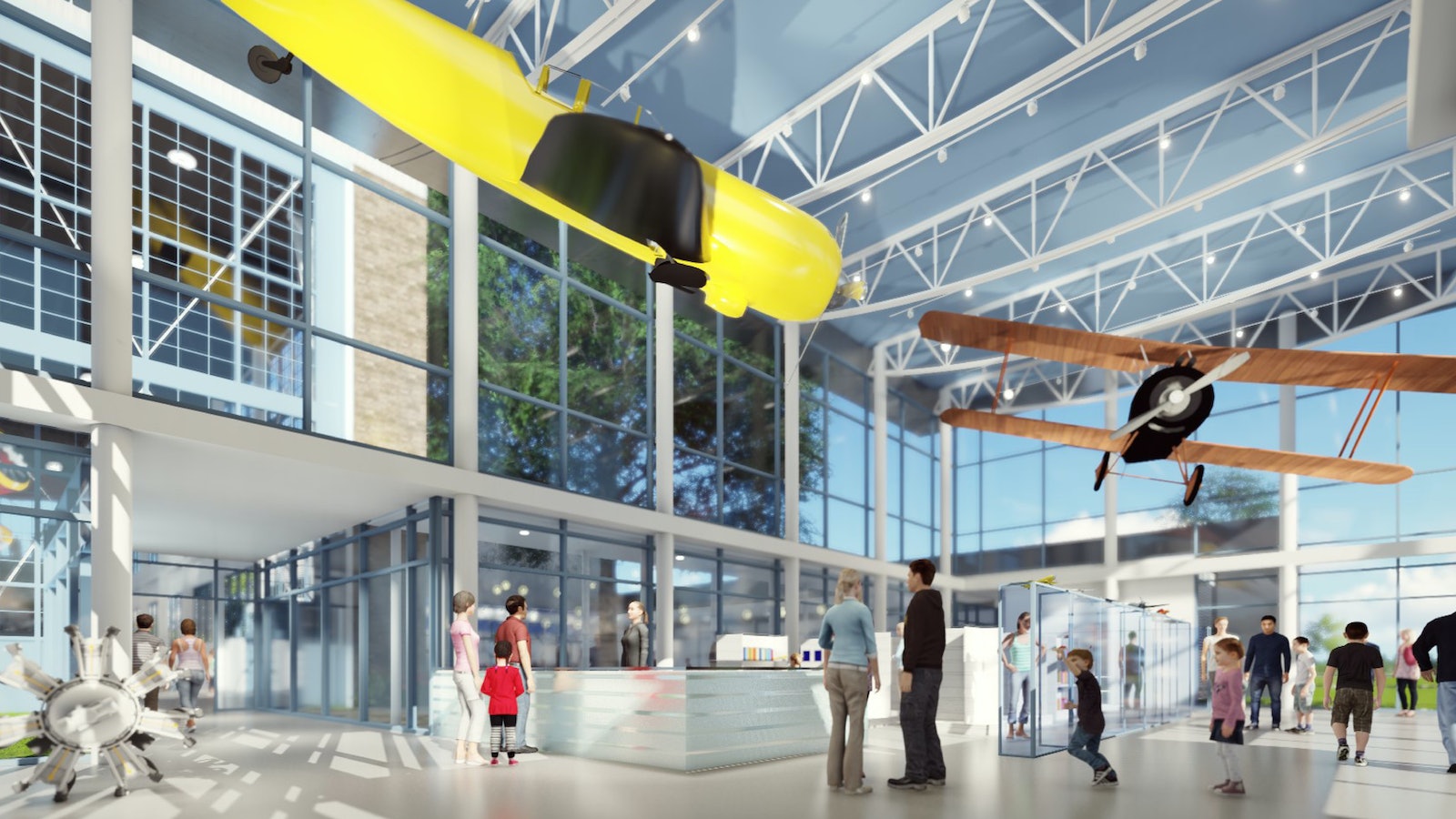 The project envisioned relocating the New England Air Museum from its current space near Bradley International Airport to Rentschler Field. The partnership would give Pratt & Whitney a space to display its collection of planes and create new exhibits. Currently its exhibition space is limited to showcasing only engines in the adjacent circa 1930s hangar in what is known as the Hangar Museum.

The hanger is situated between Pratt & Whitney’s headquarters and the Raytheon Technologies (formerly United Technologies) Research Center, where Centerbrook has designed two different interior renovations. The home to UConn Football, known as Pratt & Whitney Stadium at Rentschler Field, sits adjacent to the campus.