Pfizer's large industrial plant in Groton, Connecticut, was converted in 1946 from wartime service as a submarine yard to chemical and pharmaceutical production. By 1989, the plant was in need of modernization. It had grown in the post-war period virtually to the size of a small downtown, with 2,000,000 square feet of buildings on 53 acres of densely built land. However, the growth was expedient, and the ad hoc nature of the development was beginning to harm its competitiveness in a time of worldwide industry challenge.

A master plan was designed by Centerbrook with Diversified Technologies Corporation to reflect changes in Pfizer's business operation and practices. It was developed through an interactive process that spanned several months. Because of the extended timetable and dynamic nature of implementation, specifics of the plan will be continually refined in years to come. 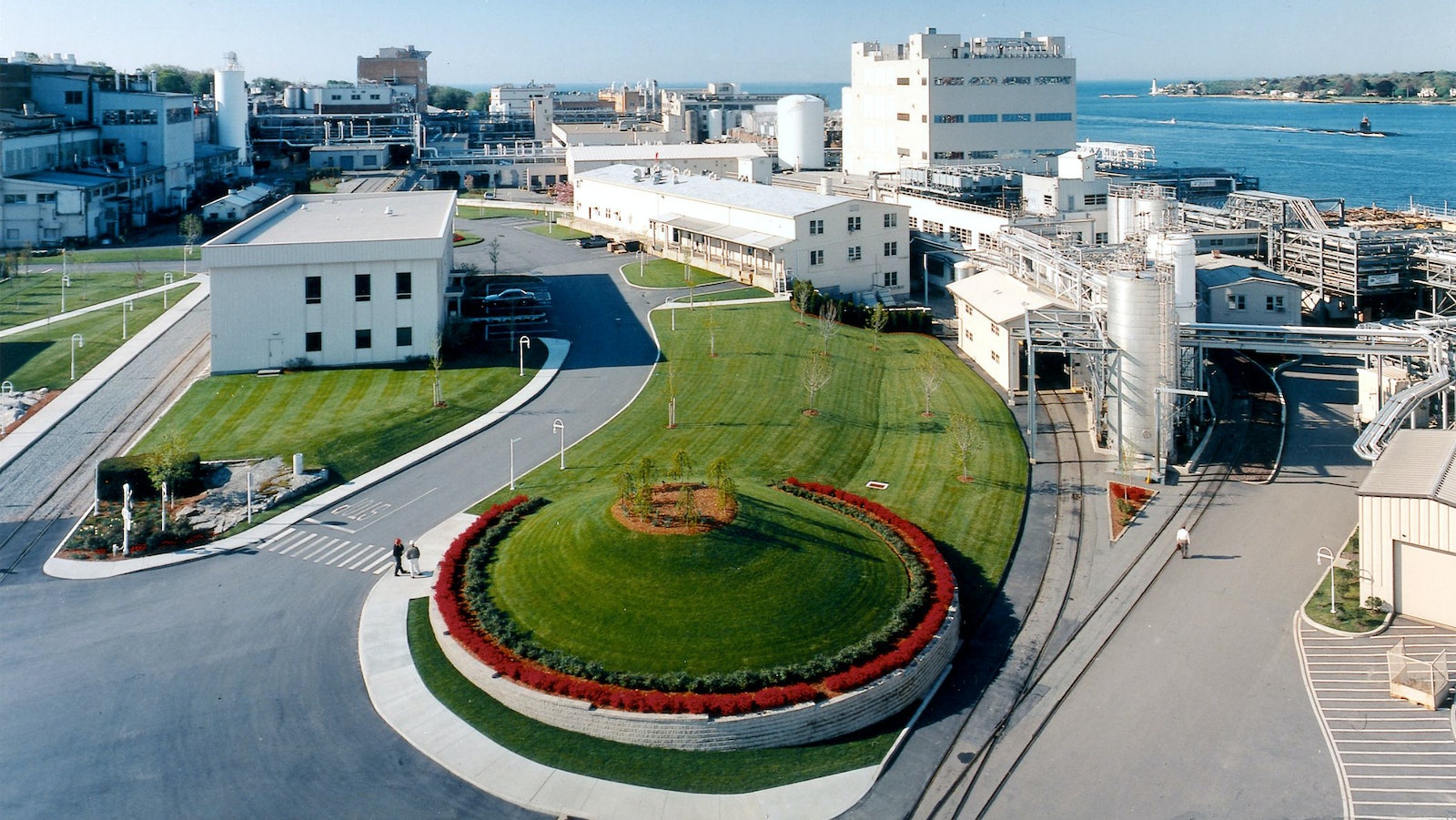 Urban design principles were applied to this industrial facility in an effort to understand and correct its problems and to strengthen its ability to compete. Key issues identified in the analysis phase included plant circulation, patterns of use, legibility, security, safety, environmental impact, quality of life, identity, and entry circulation. These issues initiated the following solutions:

Plant Circulation: A pair of two-way, north-south roads is defined with signage, guardrails, safety markings, and lighting. Running north-south along the length of the plant on an upper and a lower tier of a sloping site, the two roads connect the Main Gate to the South Gate and are themselves linked by east-west crossroads.

Patterns of Use: Visitor-sensitive departments such as personnel, purchasing, and administration are consolidated outside security into a new Main Gate and Administration Building. Materials handling and warehousing are placed at the South Gate where plant disruptions are minimized. Engineering operations are concentrated at the center of the plant in a new 80,000 square foot building from which far-flung production departments can be better supported. As older plant structures are demolished, process facilities are consolidated into two north-south belts, one at the east side of the plant and the other at the west side.

Legibility: To create a coherent gestalt for the plant, a new painting palette is introduced. It calls for juxtaposition of beige rectangular buildings against bright white circular elements such as pipes and tanks. Stainless steel, galvanized items, and some existing light-colored brick are left unpainted. The palette is implemented over a five-year period ending in 1996. In a first phase, plant landmark structures receive special lighting and graphics.

Security: Security is enhanced by the two new gate facilities and by reduction of visitors in the plant. 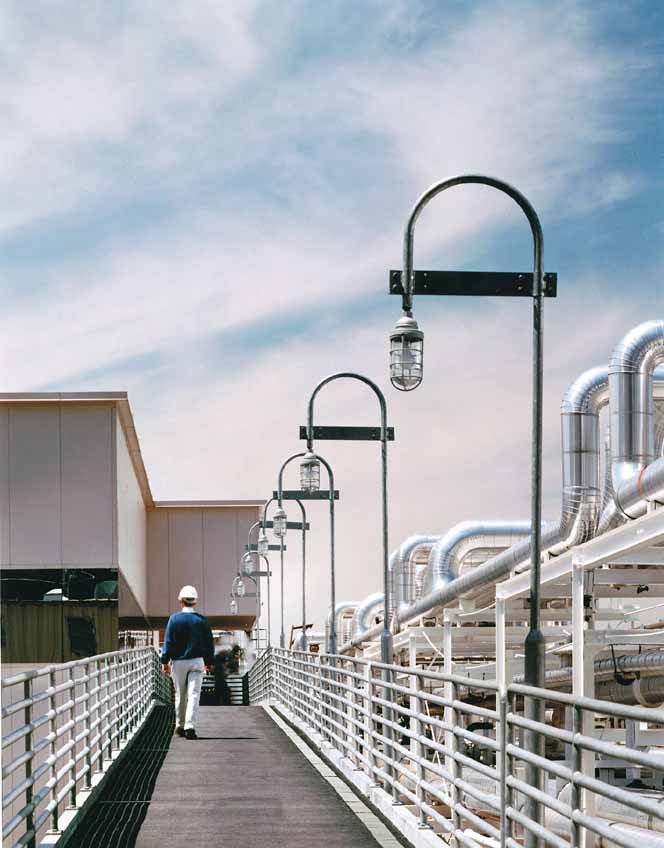 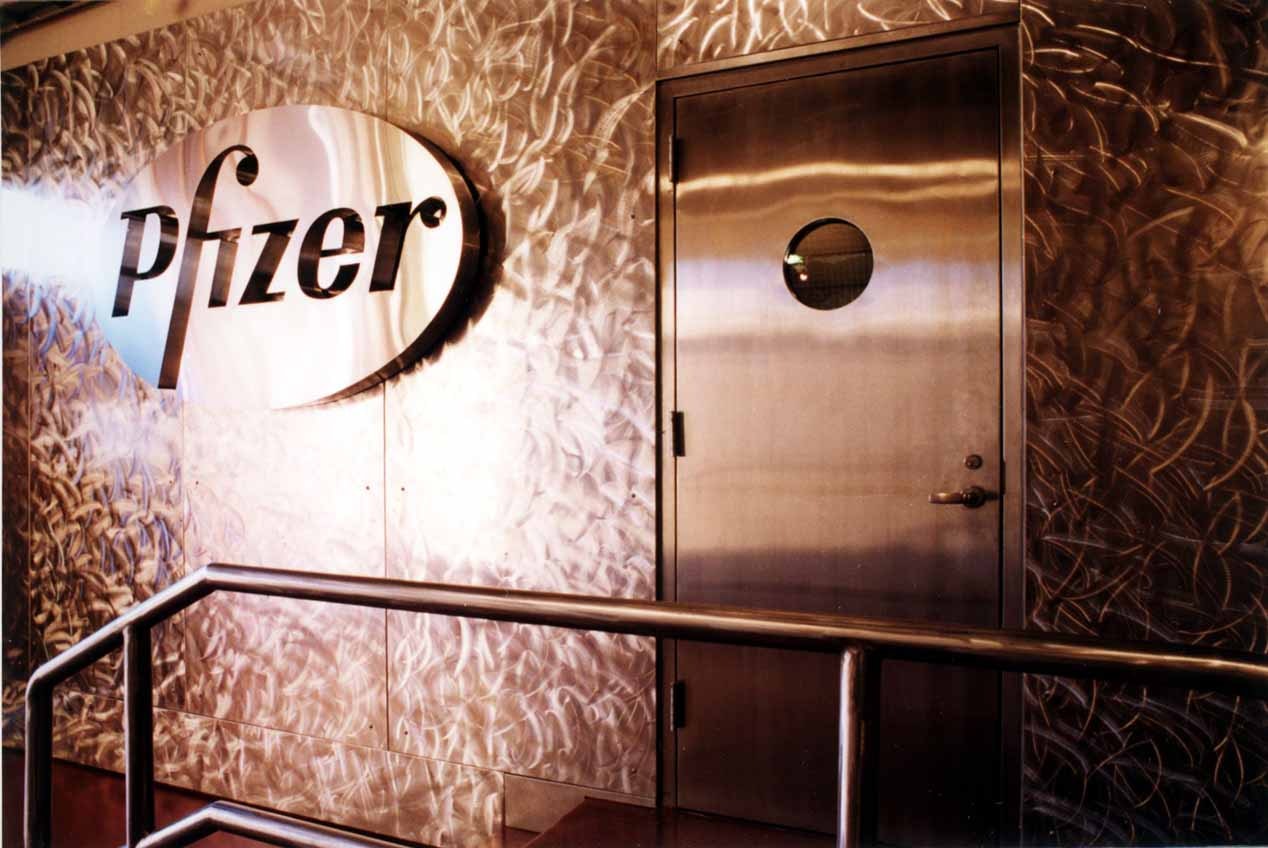 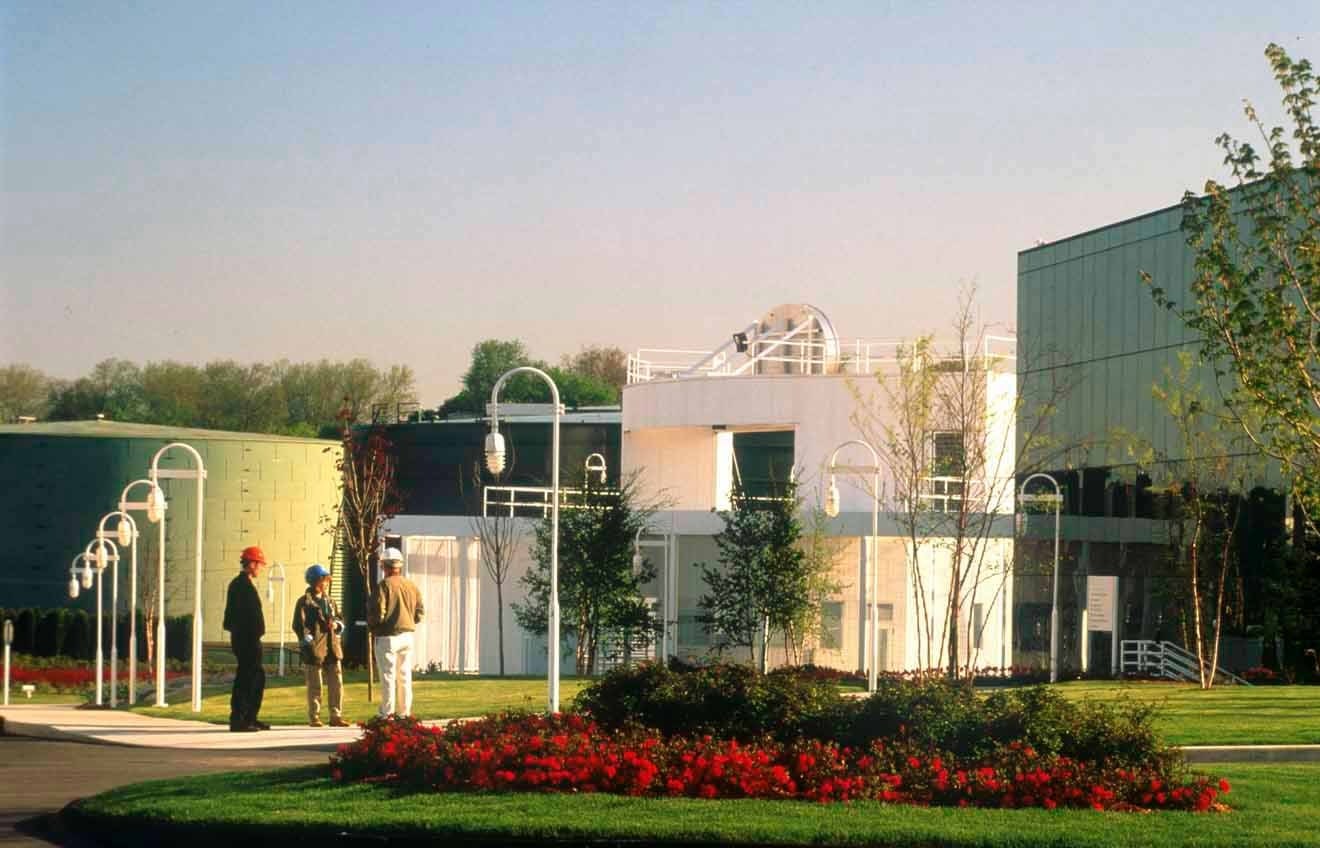 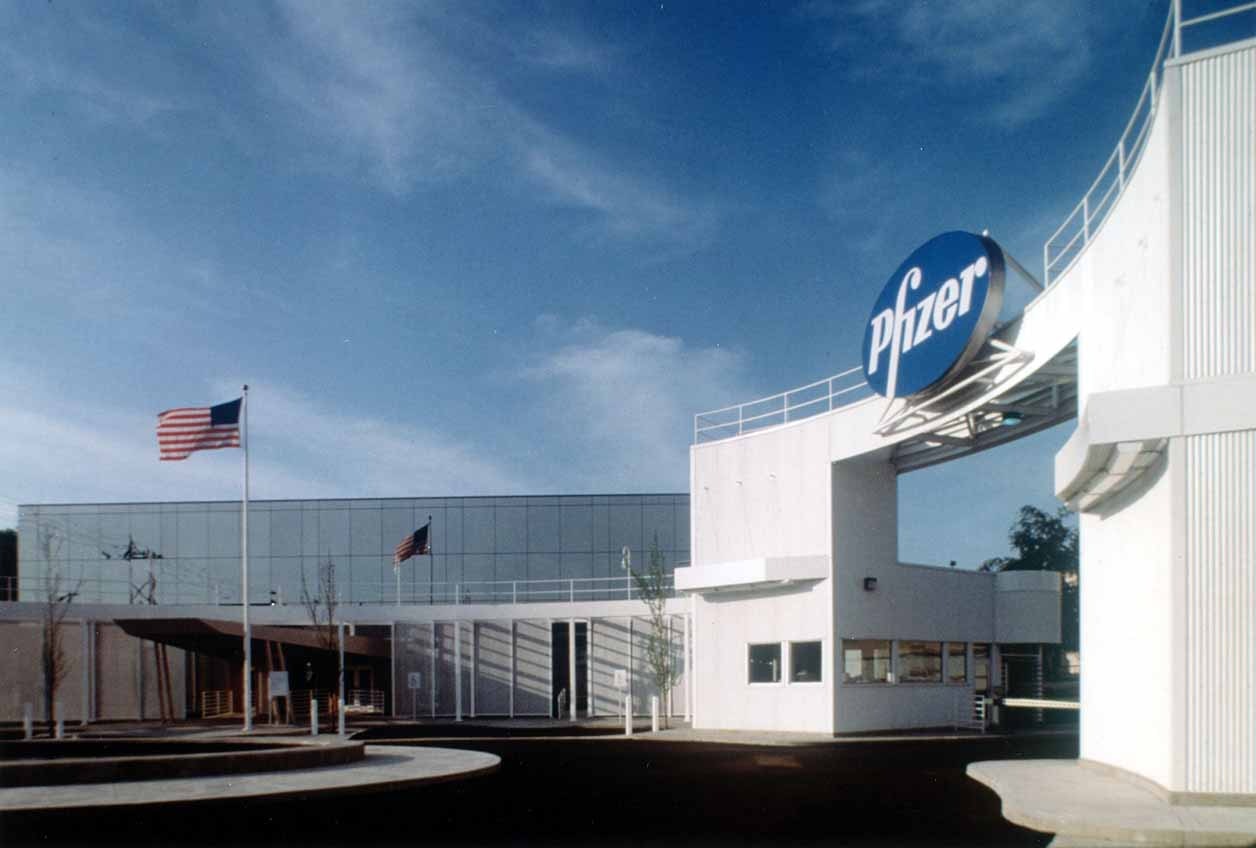 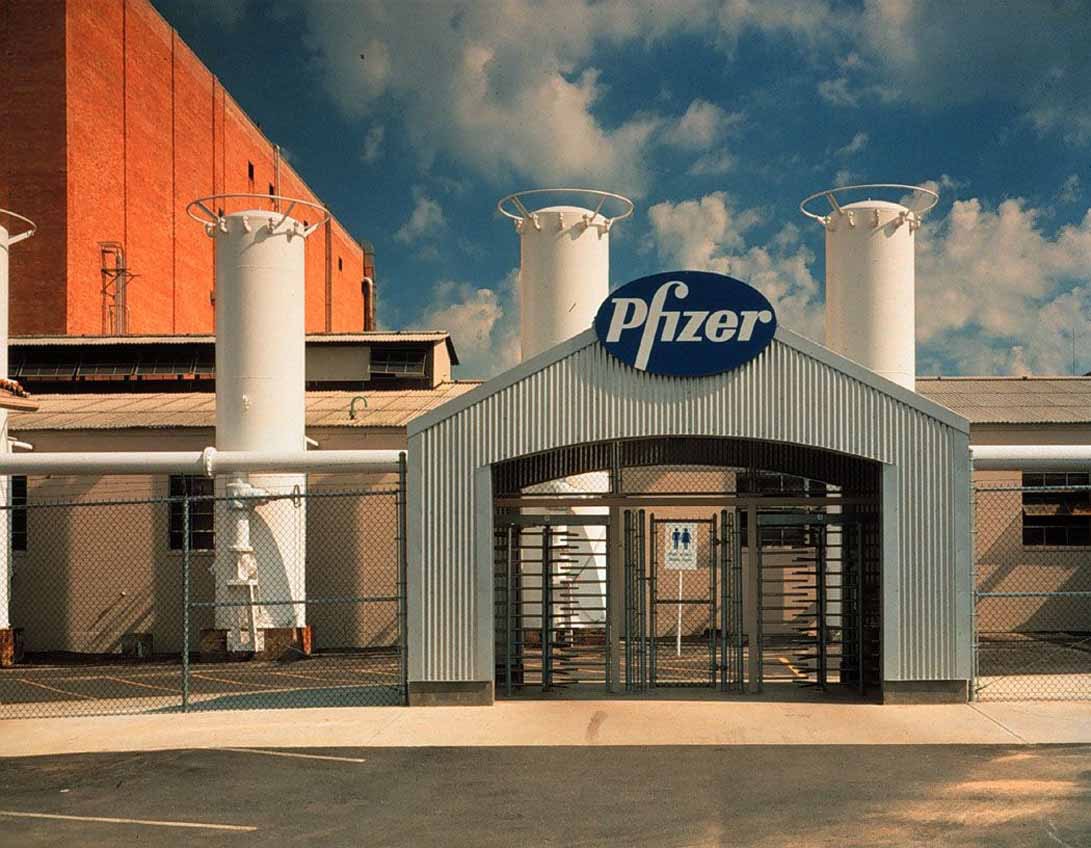 Safety: New computer control rooms are installed in process areas as they become automated. As with the plant exterior, plans are under way for a new interior painting palette in production areas. The colors symbolize, for safety purposes, the identity and direction of chemicals in pipes. Also under way in process areas are improved shop lighting, dry floors, and safety railings.

Quality of Life: Lunchrooms are developed near shop areas and landscape buffers and other plant material are introduced at key points.

Identity: A refurbished Main Gate conveys to the outside world a new identity for the Pfizer plant while correcting some of the plant's most vexing functional problems. The project required moving an existing truck scale, employee entry, shack, and railroad spur to reduce conflicts and enlarge the site. A concrete frame warehouse is renovated into an Administration Building to give vendors direct access to purchasing, personnel, and administration. It is juxtaposed against a new oval automobile court enclosed by a highly patterned steel superstructure reminiscent of the factory's maritime history. The new Main Gate Oval and Administration Building improve operations and competitiveness while creating a sharply focused new identity for this venerable American factory.

Entry Circulation: To reduce conflicts, the plant's congested South Gate receives a new truck scale, and tank trucks using it are kept separate from those bringing in dry goods. Employee autos are accommodated in an enlarged parking lot, and a new entry shack is removed from conflicts with vehicles. A new Main Gate at the north end of the plant processes all visitors. 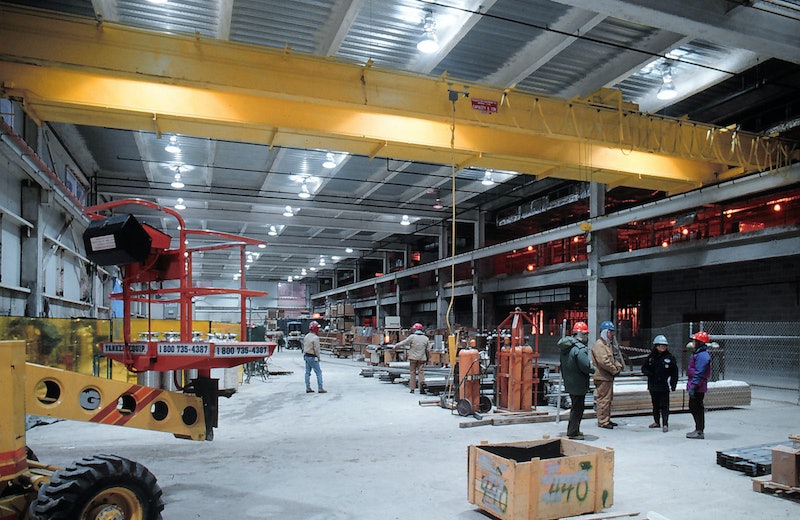 Engineering Building
The Engineering Building is a new three-story, 70,000-square-foot metal industrial building built on a narrow site between several tank farms and pipe racks at the center of Pfizer's Groton plant. It contains a large open shop floor for welding, machine working, and sheet metal as well as associated laboratories and offices. There is also a cafeteria and approximately 30,000 square feet of engineering offices. 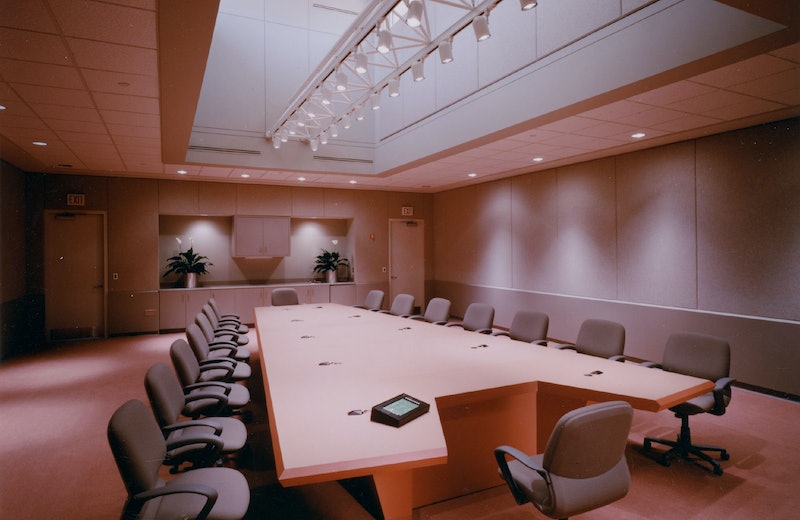 Technology Center, Food Sciences Division
This project involved an 8,000-square-foot addition to a Food Science Research Laboratory and renovations of existing laboratory spaces. The completed facility functions as the technical center for the pharmaceutical company's food additive research and development division. Its program is centered around a teleconferencing facility that is needed to service clients, including presentations of prepared foods for tasting, and to coordinate satellite laboratories around the world.