Pomfret School is a highly regarded preparatory school offering rigorous academics, a substantial athletics program, and a special focus on the arts. In observation of its hundredth anniversary and in response to its growth to 300 students, it planned a new "Centennial Building." This arts and academic building would include 2-D and 3-D art studios; carpentry, metal, and welding shops; fourteen classrooms, and a 125-seat auditorium. 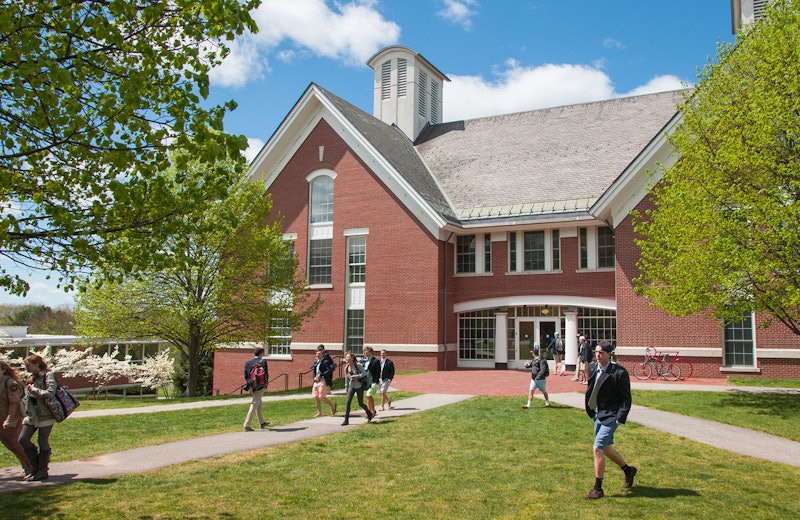 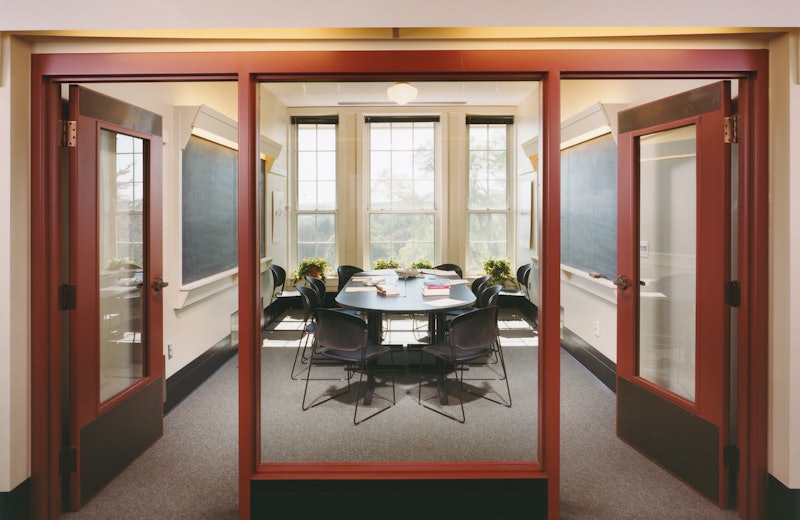 In order to program and plan the building to suit the needs and energetic culture of the school, participatory workshops included faculty, students, administration, trustees, and alumni in programming and planning.

The campus plan originally designed by Ernest Flagg, a well-known turn-of-the-century Beaux Arts architect, had been abandoned in recent campus development. By moving the historic Pyne Dormitory and positioning the new Centennial Building on an axis with the original four-story School Building by Flagg, Pomfret would create an academic core at the center of the campus and would reestablish the principles of quadrangles and axes from Flagg's original plan.

The Centennial Building sits on a hill sloping to the west, which allows on grade entry at two levels. At the lowest floor, shops and an auditorium sit just off a campus road for easy access.

The finishes are simple, with exposed ceilings. The auditorium doubles as a black box theater, with cable trays and a pipe grid for lighting.

Fourteen classrooms and three seminar rooms are divided between the two upper floors. Classrooms have all been designed with locations for teachers' desks. It was the intention that each room would be home to a teacher each year, allowing them to develop customized layouts and individual learning environments. 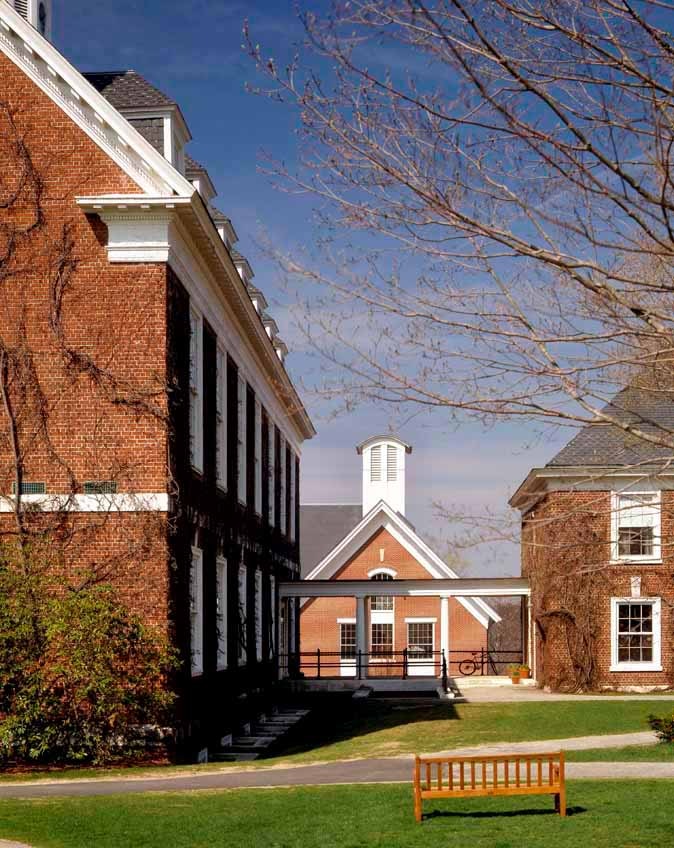 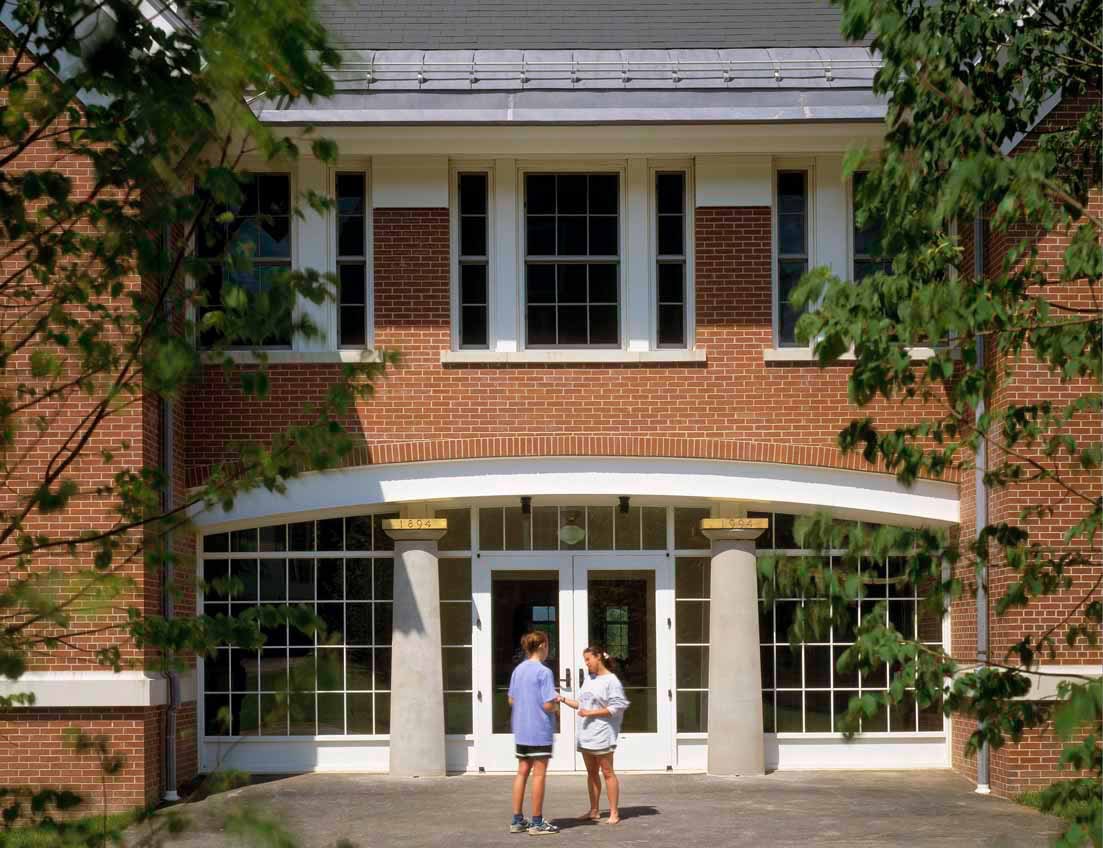 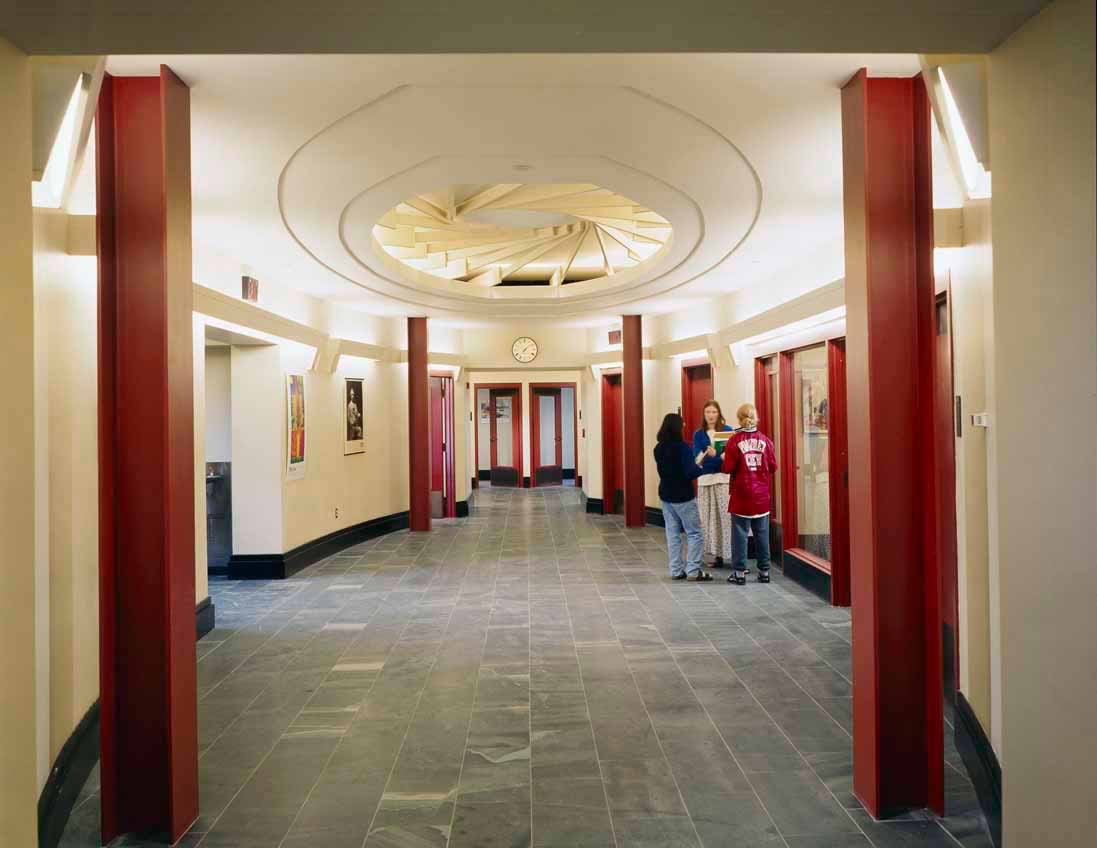 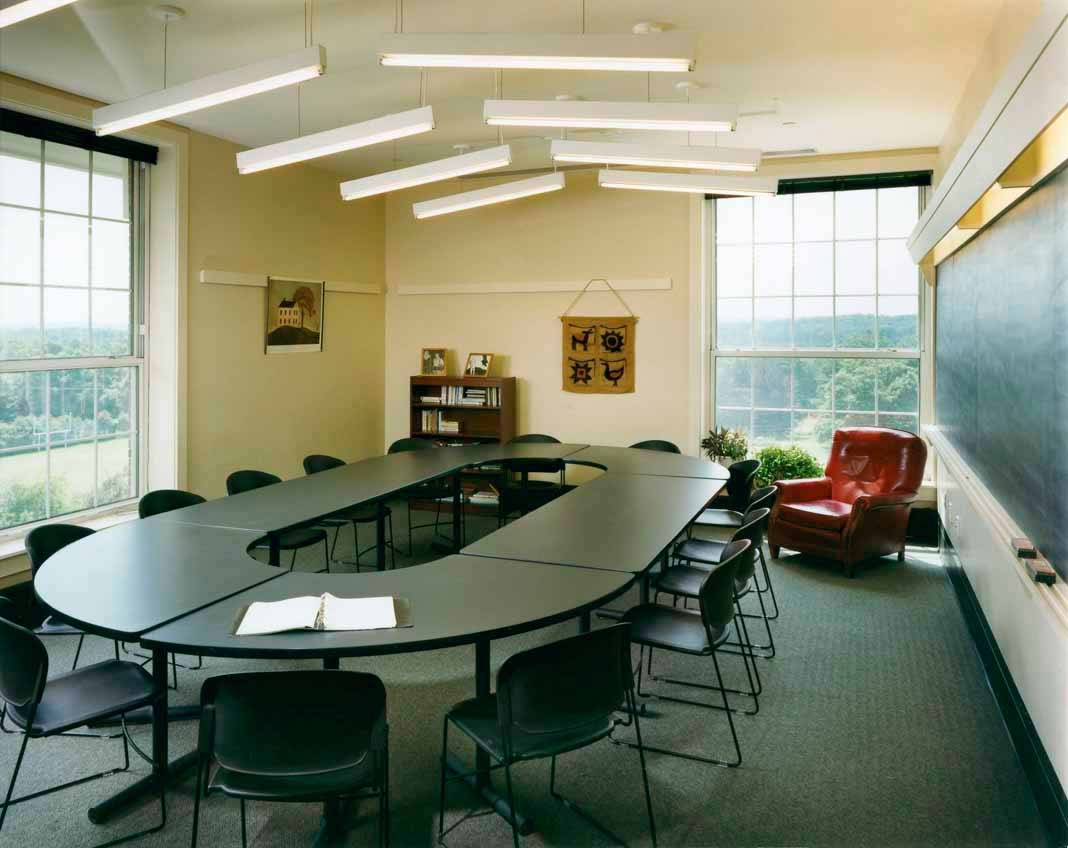 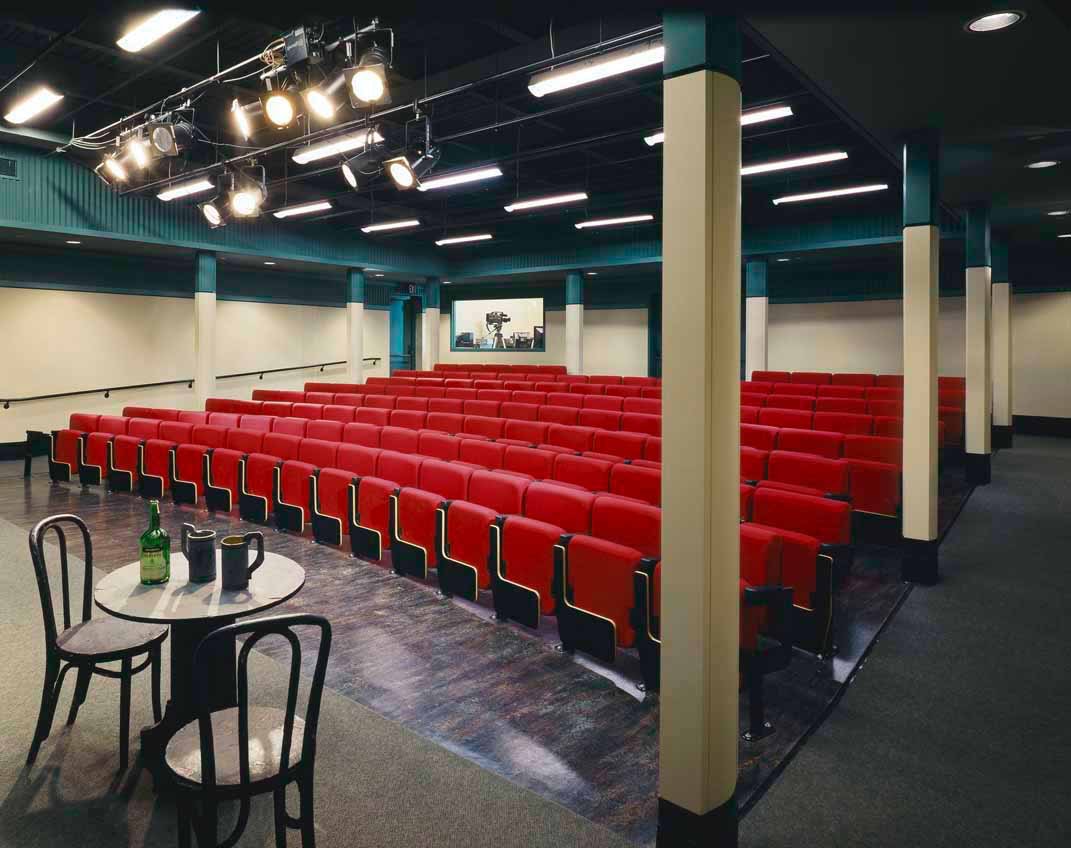 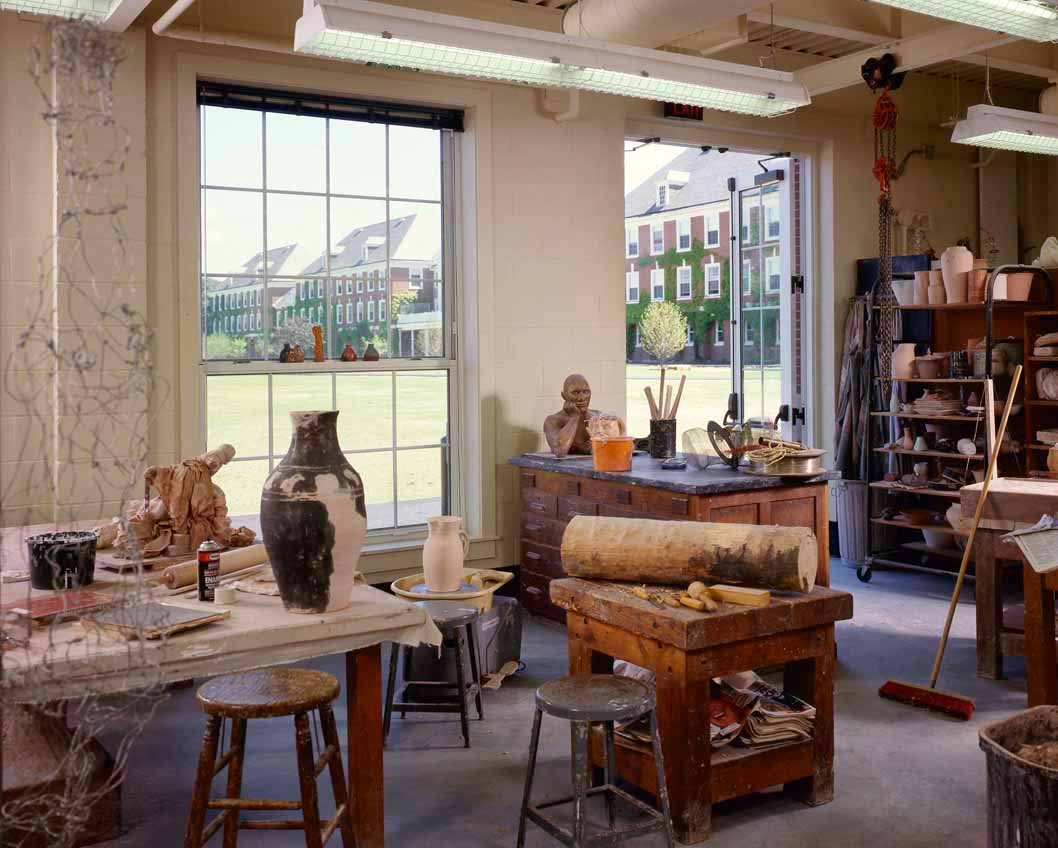 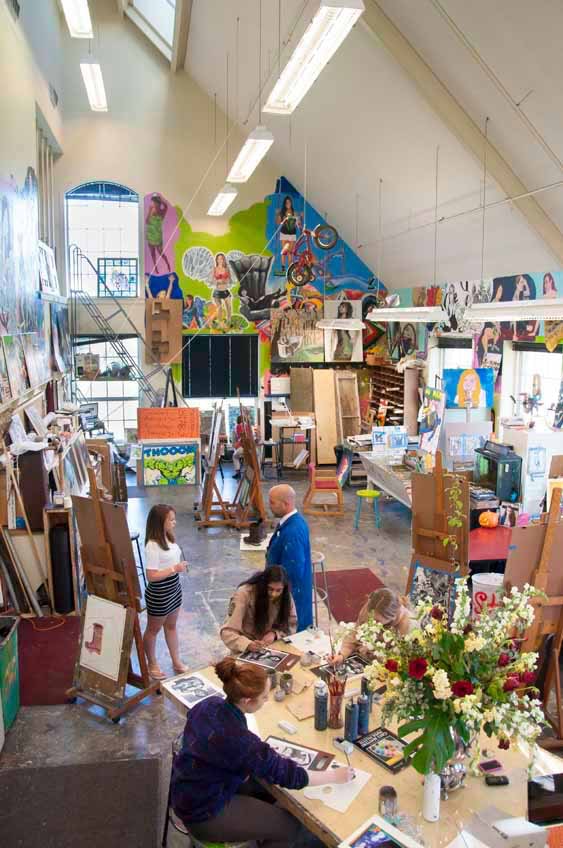 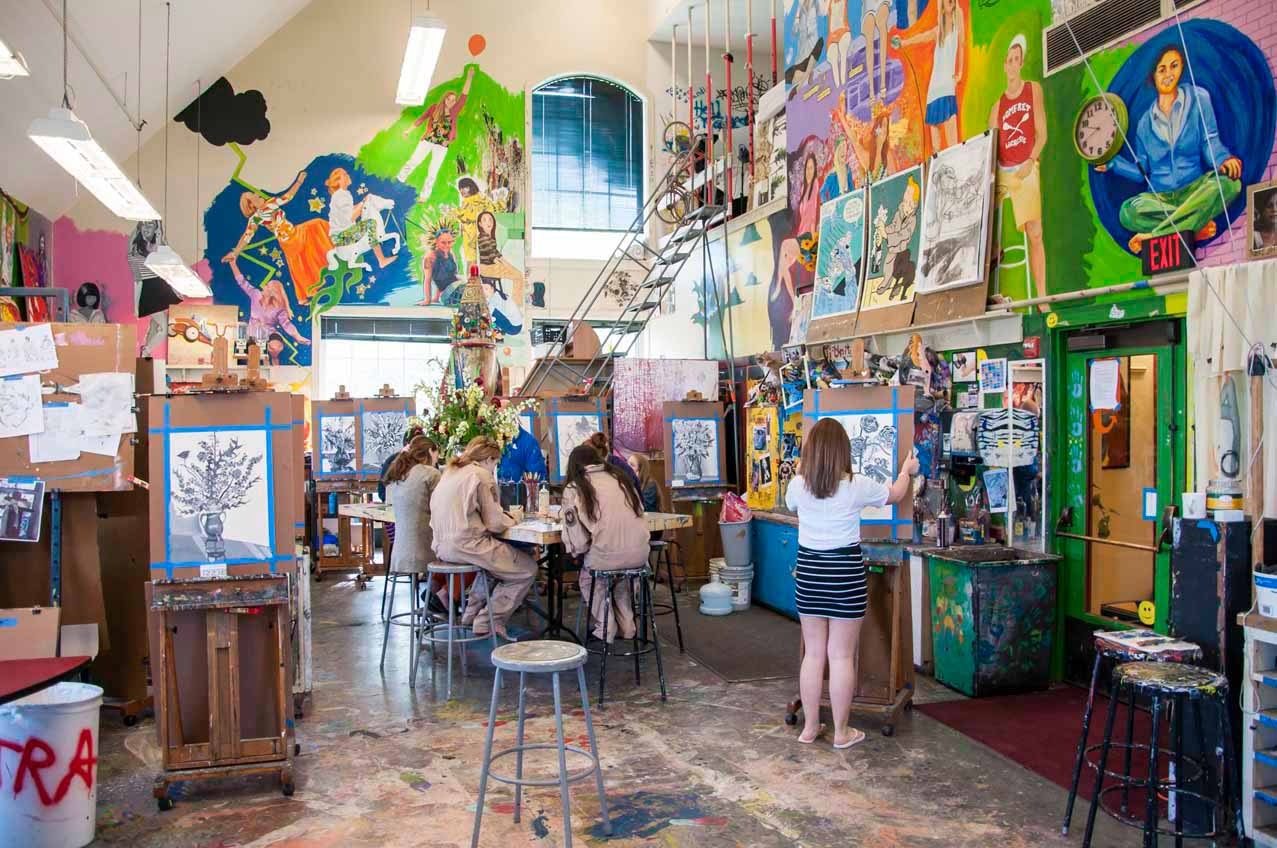 In order to mix art and scholastics, the two large studios share the classroom floors. They are located at the north end of the building to get even, indirect daylight. The sculpture studio, on the first floor has on-grade access through French doors, allowing for easy deliveries. The painting studio above has a soaring space with a storage mezzanine and skylights high above.

At the center of the building, behind the front doors and across the quadrangle from the old School Building, is an oval entry, called the "Fauxtunda" in honor of its shallow, but wishful, domelike ceiling fabricated from a tangle of painted boards. This room leads to stairs up and down, and though it is only slightly wider than a hall, serves to celebrate Pomfret's next hundred years.