This building forms the northern boundary of the central academic quadrangle of a small university in New England. It is divided into two wings, separated by an arched portal, which provides a ceremonial gateway into the quadrangle from the main parking areas to the north.

The east wing houses the business school classrooms, executive seminar room, and the student resource room while the west wing features the Mass Communications Center and faculty offices. An outdoor dome, built of steel and glass and supported on brick columns, is integral to the gateway and marks the entrance to the two wings of the Center. 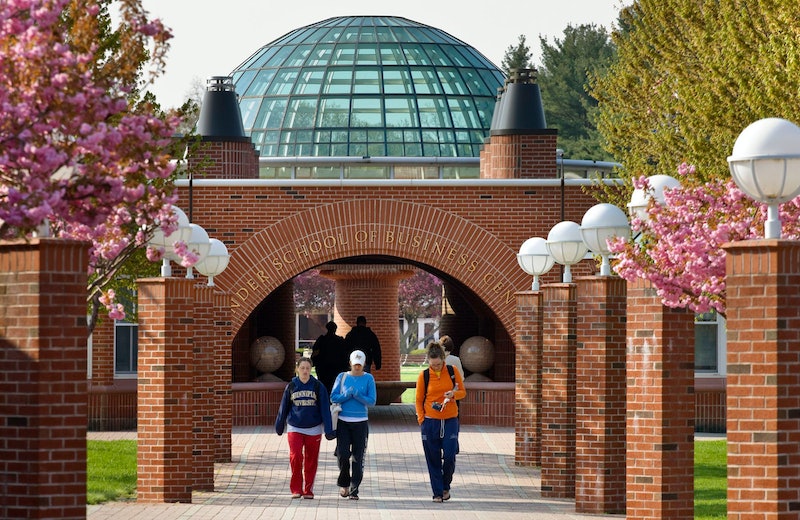 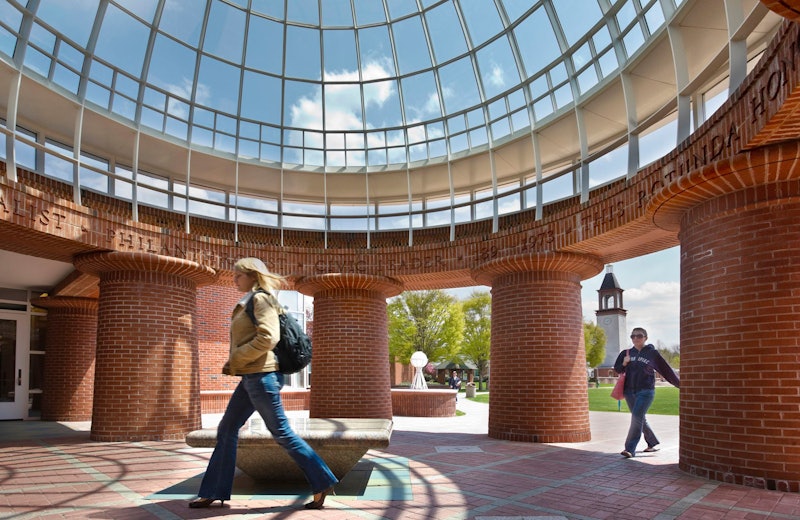 The building has been kept to one story to maintain views from the quadrangle of the landmark Sleeping Giant Mountain to the north.

The various functions within the building are arranged along a distinctive path that passes under the dome and extends inside both wings of the building.

In the classroom wing, several lounges on the edge of the path encourage spontaneous gatherings and conversation. Outside each classroom is a bench and small blackboard where students and teachers can meet after class to discuss lingering questions. Small team study rooms are located along the curving portion of the path and share daylight from the clerestory windows that bring sunshine into the inner part of the building. Three case method lecture halls, with seating in the round, take focus away from the teacher and encourage interaction between the students in simulation of real-life business dealings. Finally, televisions, positioned at the head of each column supporting the clerestory window wall, broadcast the latest news and world market reports.

Clerestory windows are also used to bring indirect daylight into four rooms where there is a heavy usage of computers. The four flat-roofed clerestory monitors allow the building to maintain its overall low profile.

In the mass communications wing, the hallway, again edged with small lounges, has a serpentine frieze adorned with vintage microphones in honor of Ed McMahon, for whom the wing was named. Passing by the windowed radio studio, the hall terminates at a circular lounge that allows visitors and interested students to view the impressive control room and television studios beyond. 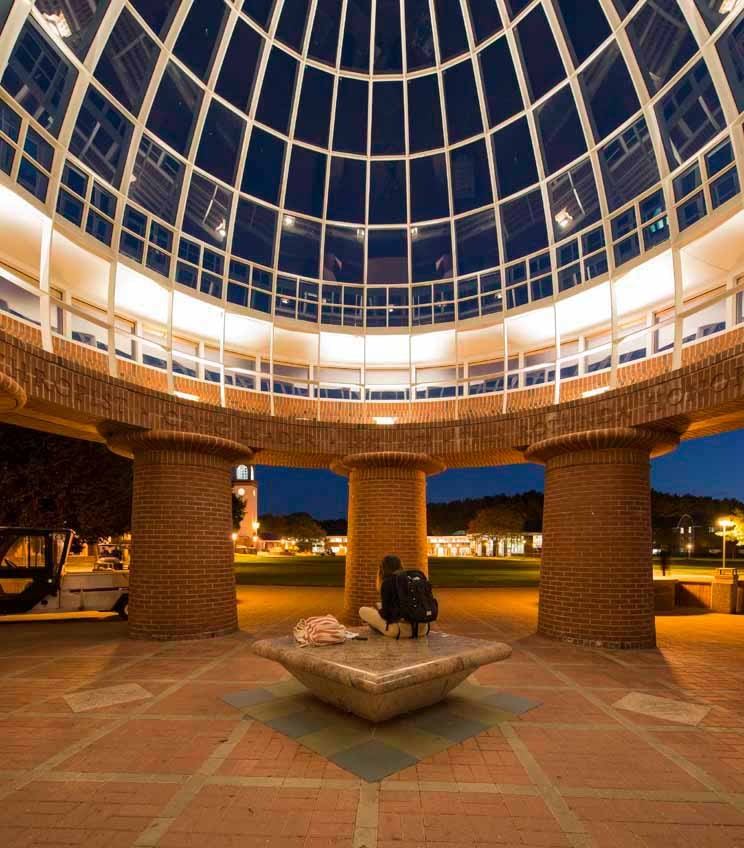 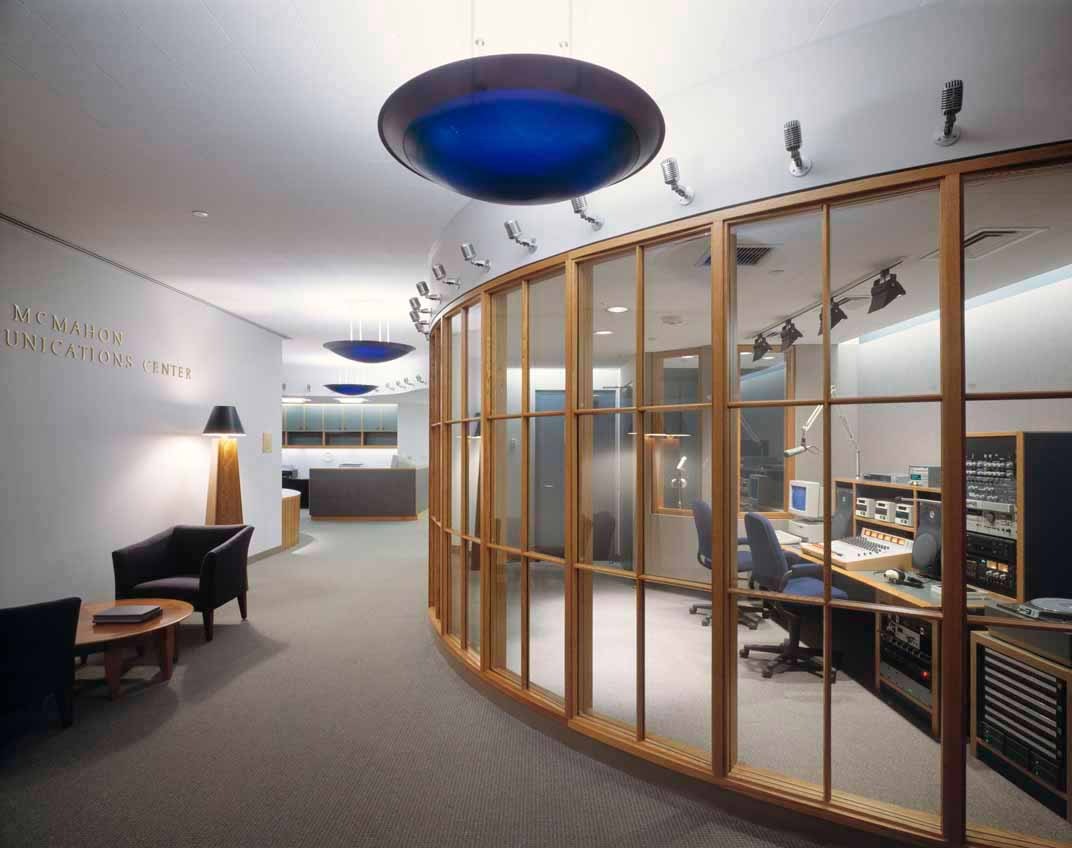 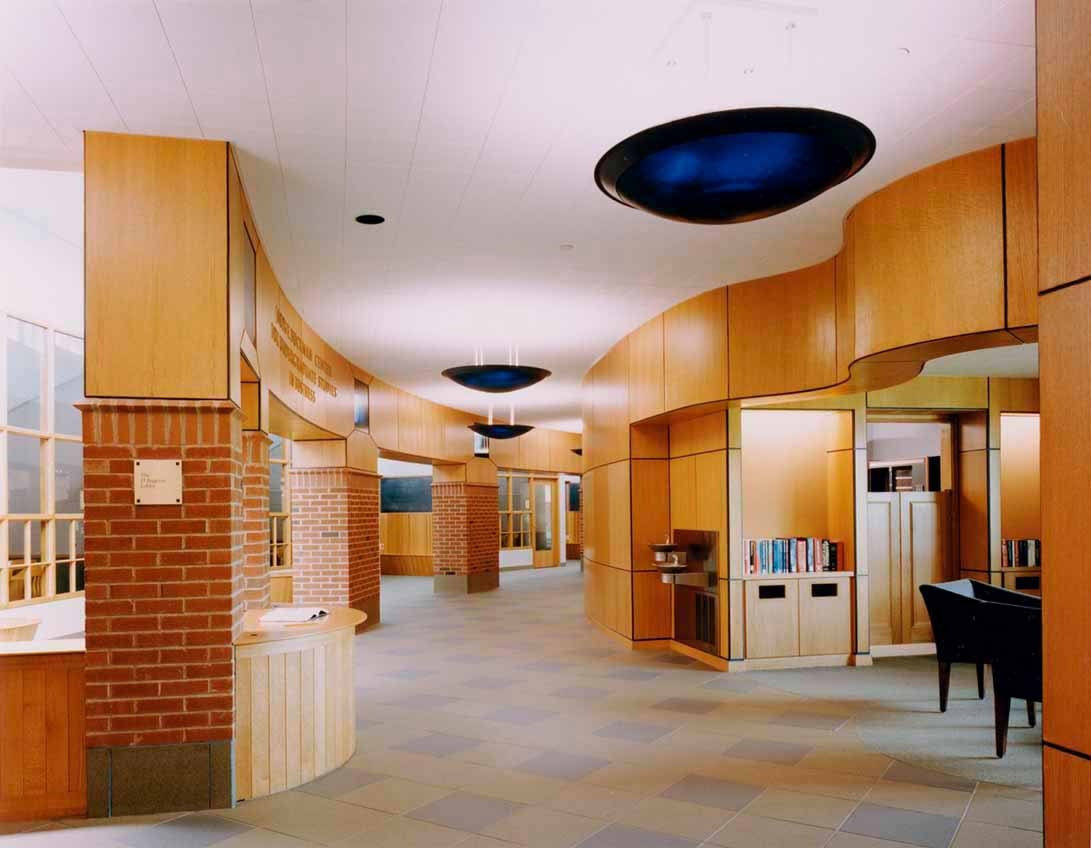 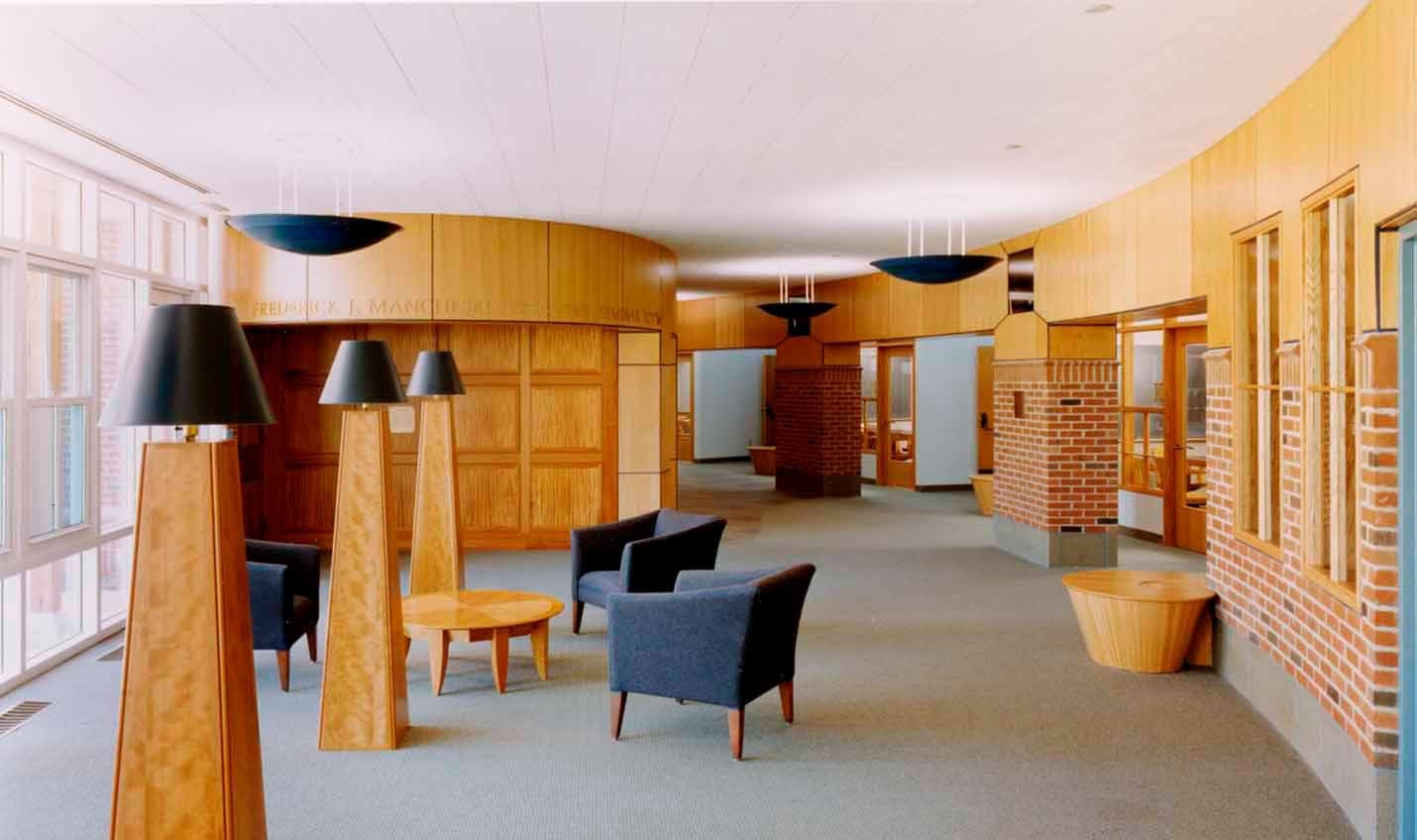 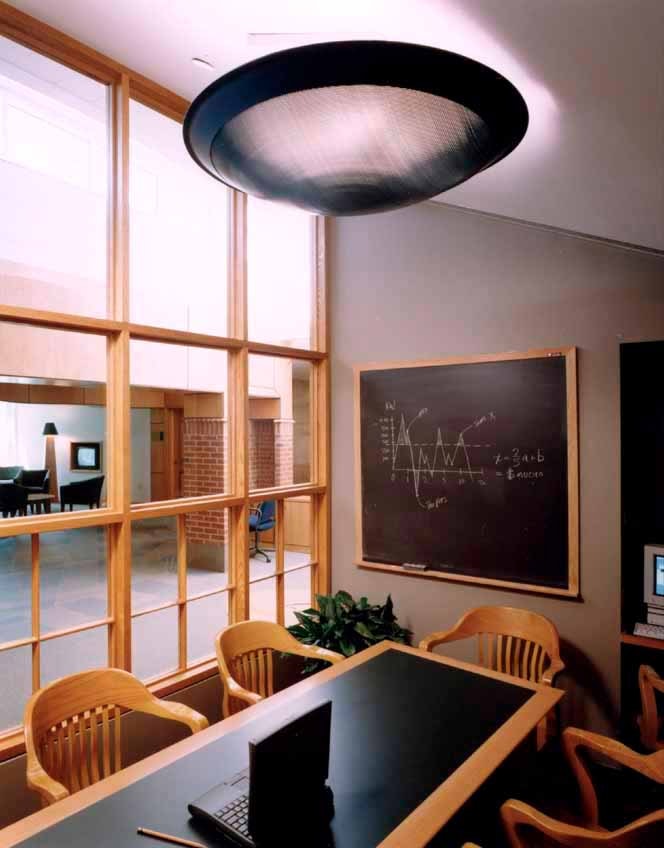 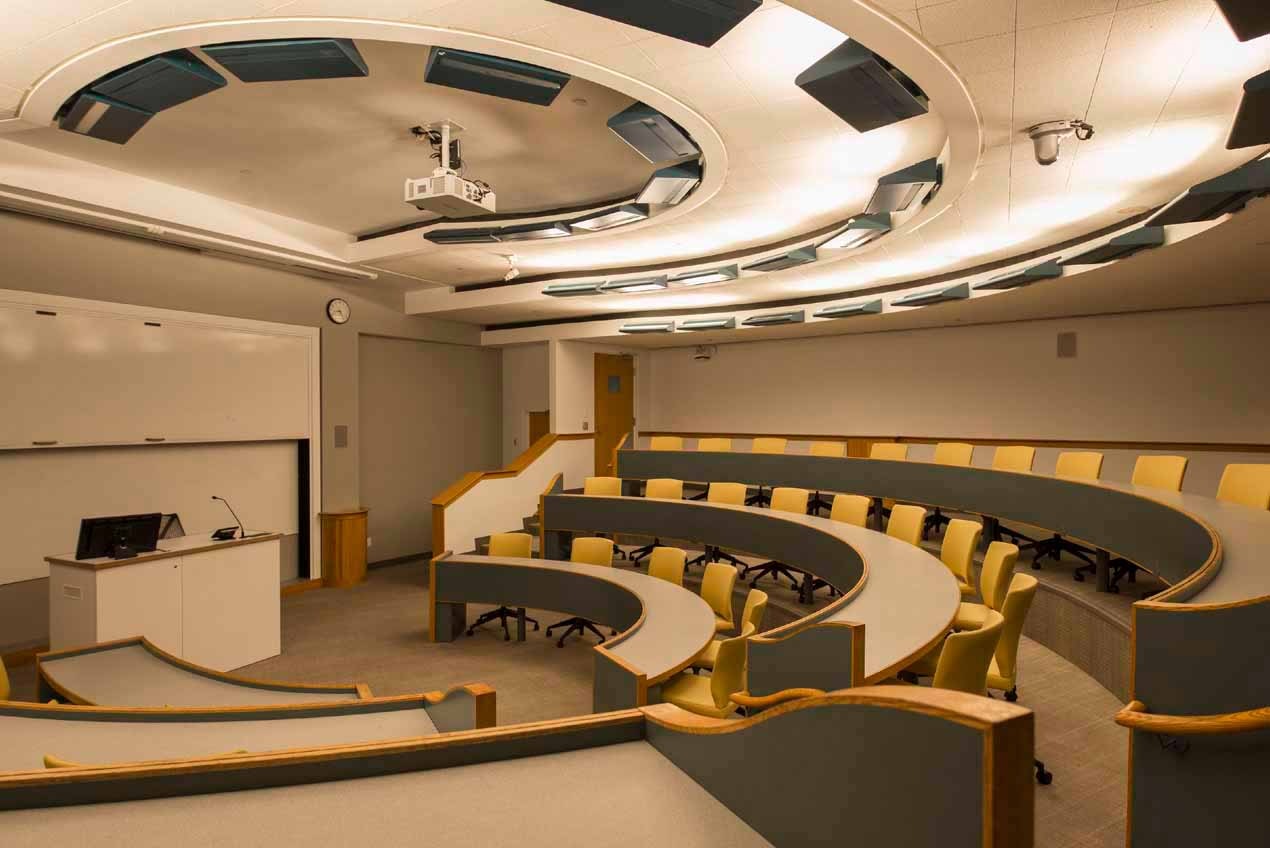 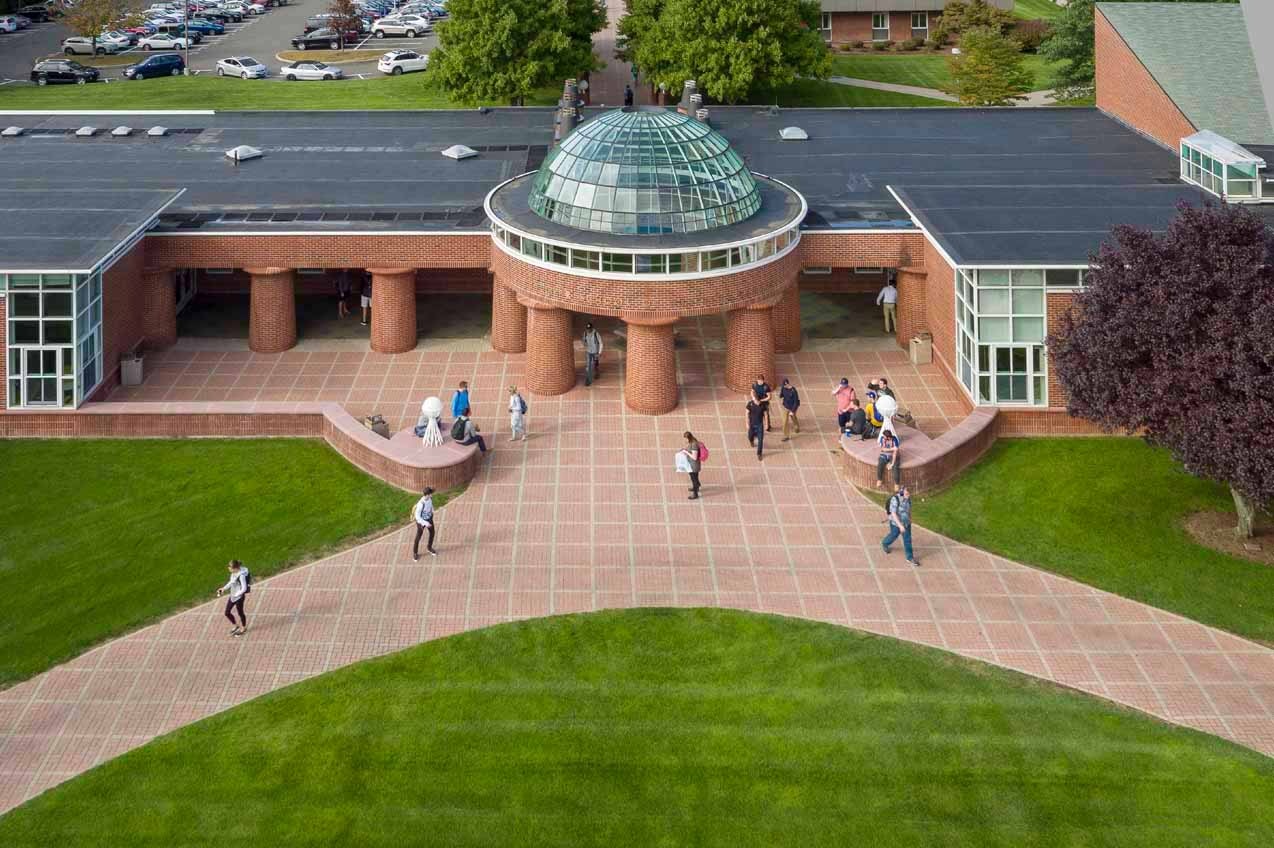 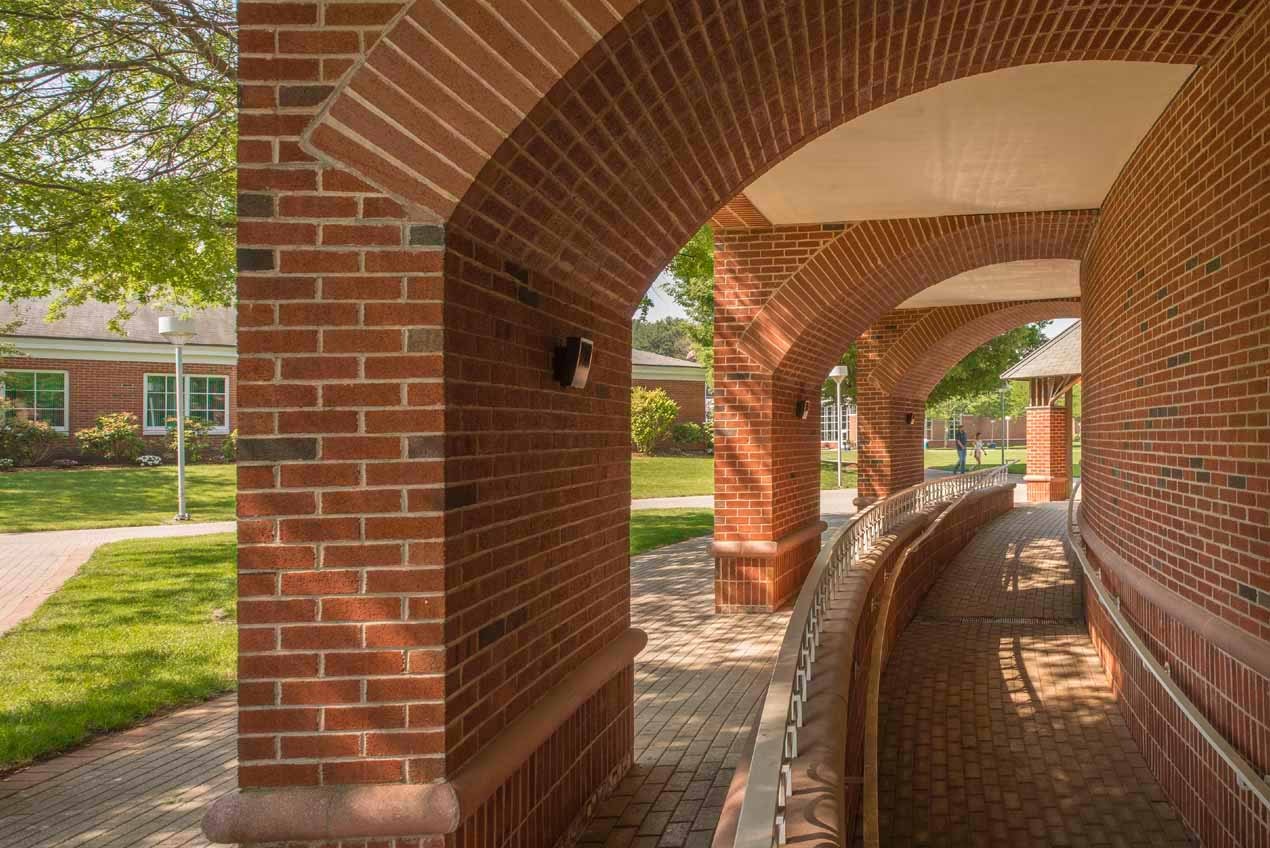