Originally built as private residences and later expanded and adapted by Quinnipiac to accommodate classrooms and offices, these two buildings were once again repurposed to support the university’s theater and music programs. 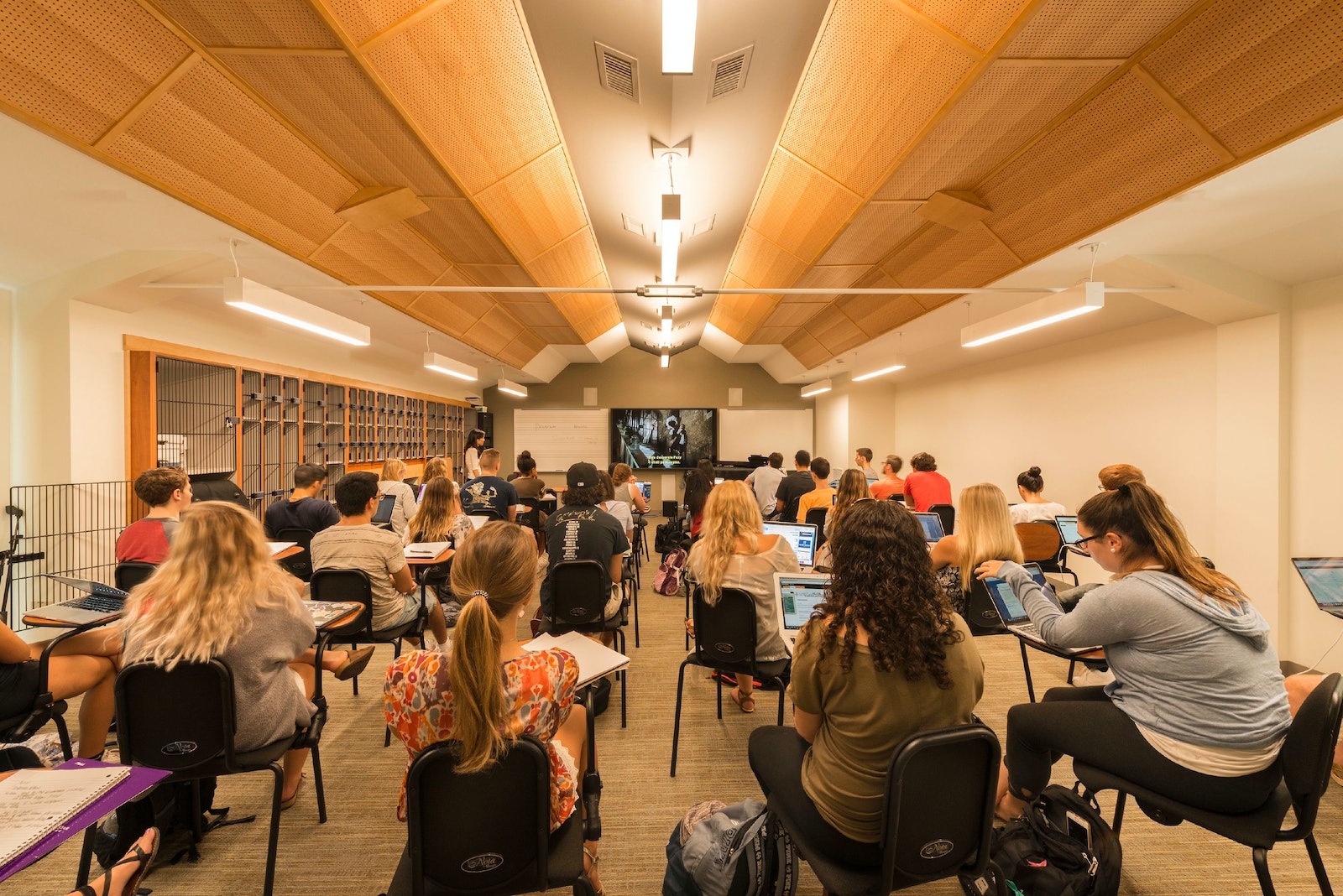 The larger building is an 11,500-square-foot, split-level structure with one and two-story pre-existing additions. Without altering its footprint, and with only a limited renovation of its exterior, Centerbrook’s design transforms the interior of the former classroom building into a top-tier theater arts center with a two-story black box theater as its main stage.

All of the partitions and some of the second-level floors have been removed to create space for the black box theater, which features fixed and retractable seating for up to 100 people. The theater has an 18-foot high ceiling grid to support performance lighting. Support spaces include two dressing rooms, left and right stage wings, a tech balcony with control booth, a fully equipped scene shop, a costume design studio and storage room, a smaller two-story high rehearsal hall that also serves as a classroom and small performance space, a student lounge, and faculty offices.

Integral to the main stage black box theater is a lobby that can double as a student art gallery. The transformation is completed by a landscaped and furnished entry courtyard that features a lit-up glass canopy over the main entrance door. In total, the renovated building has a usable square footage of 10,250.

The smaller building has been transformed into a 1,700 square-foot music rehearsal studio. Like its larger neighbor, the exterior of the split-level building is mostly unaltered. The reprogrammed interior includes a rehearsal room with a 12-foot high ceiling, two practice rooms, and musical instrument storage rooms and lockers.

The two structures sit side-by-side on Sherman Avenue in Hamden, Connecticut, at the foot of Quinnipiac’s York Hill Campus. 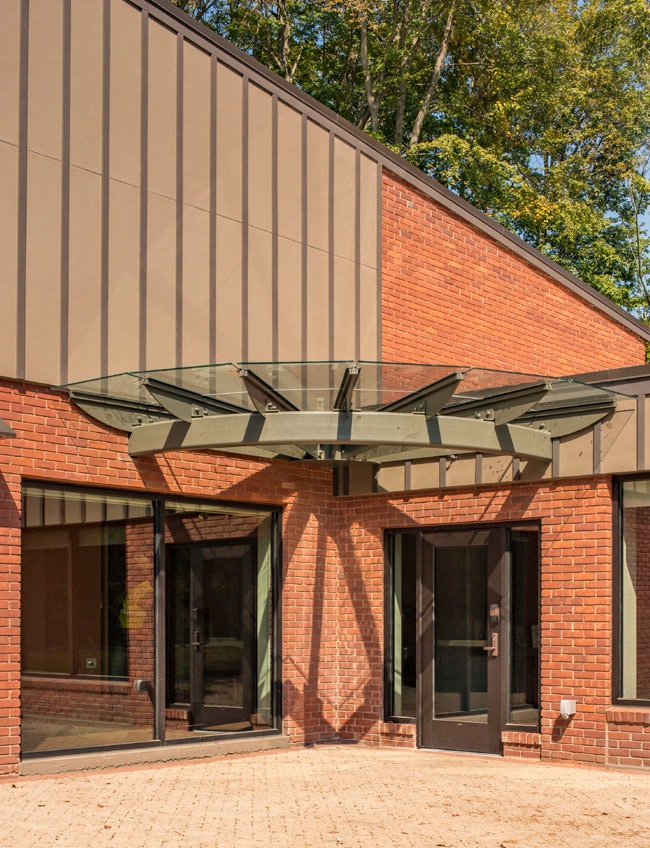 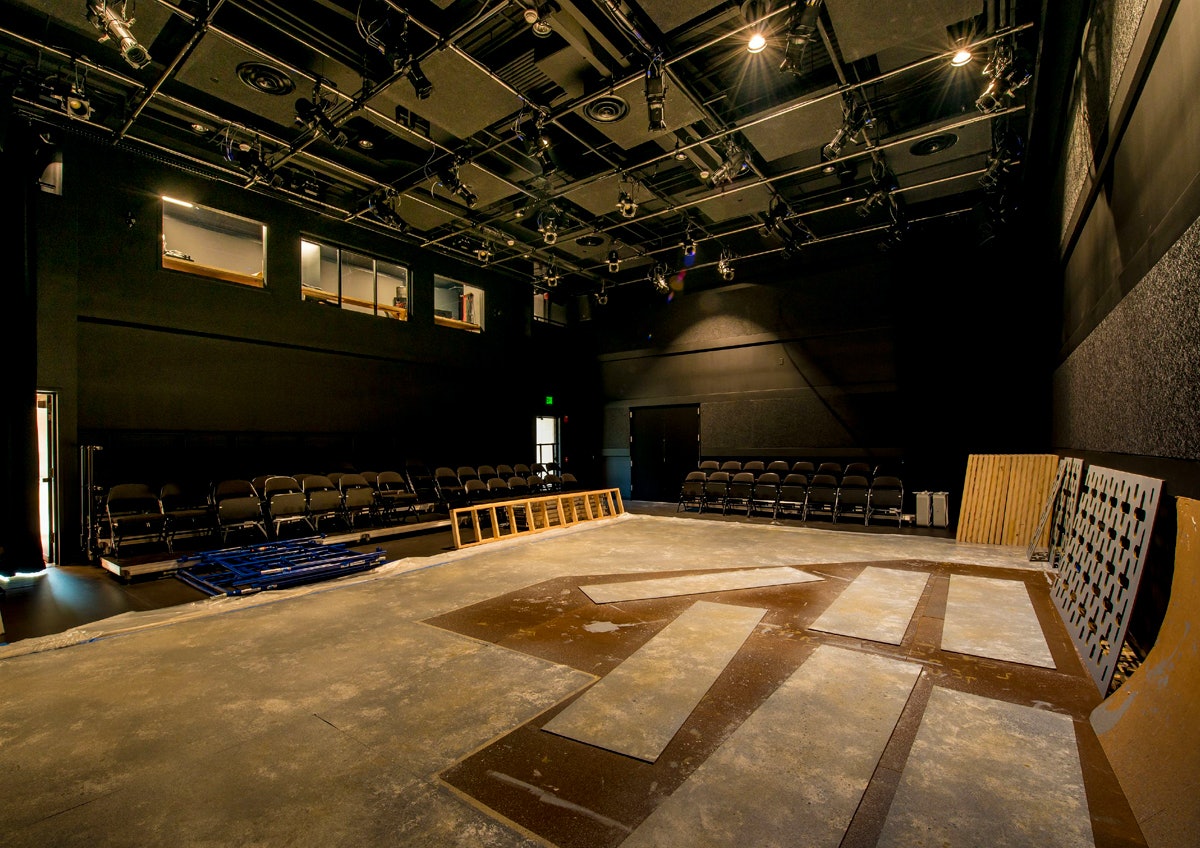 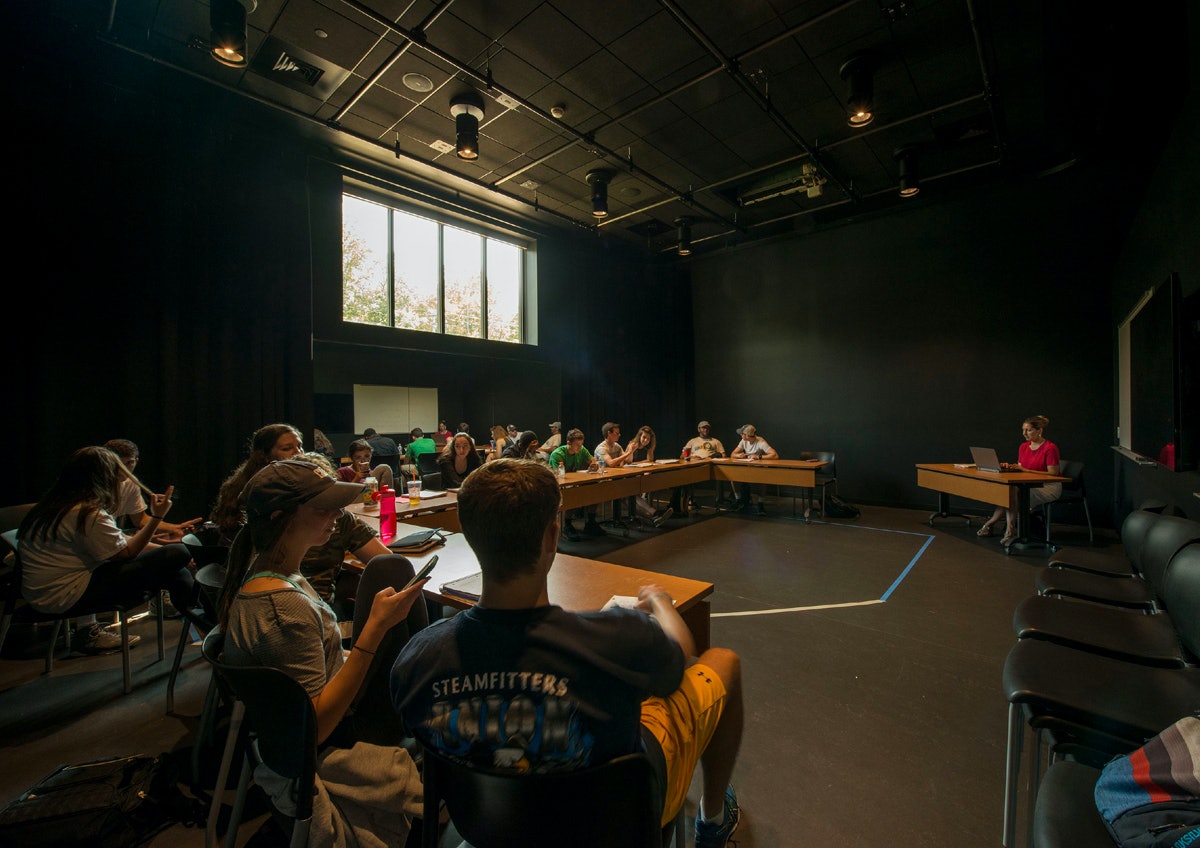 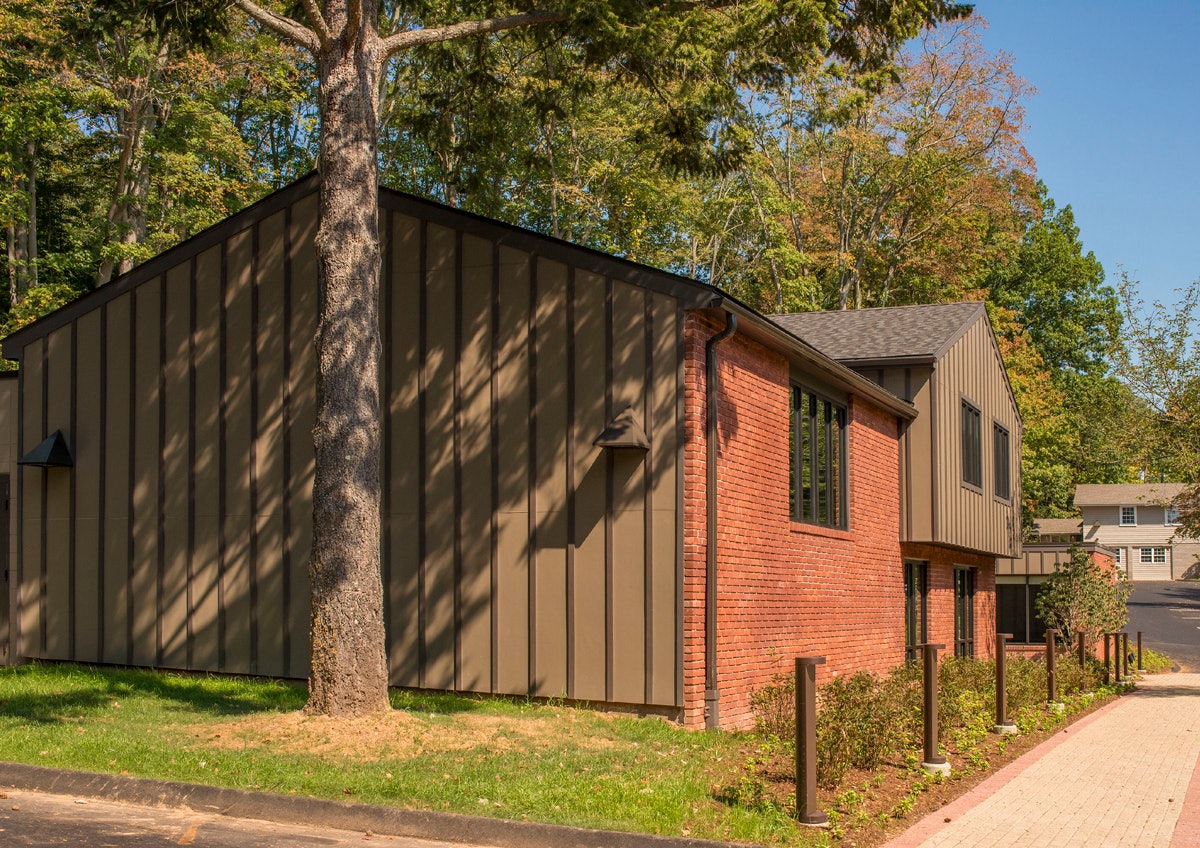 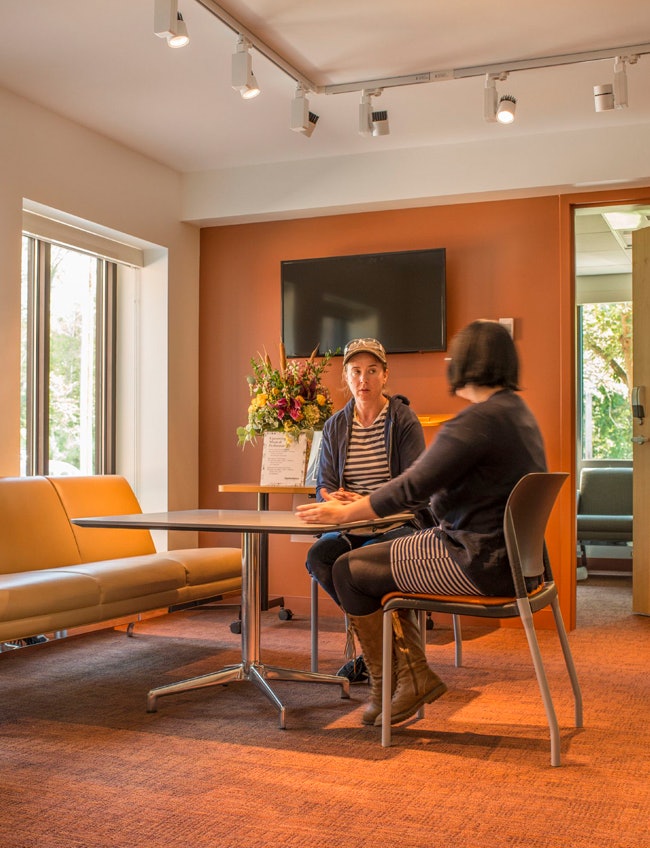 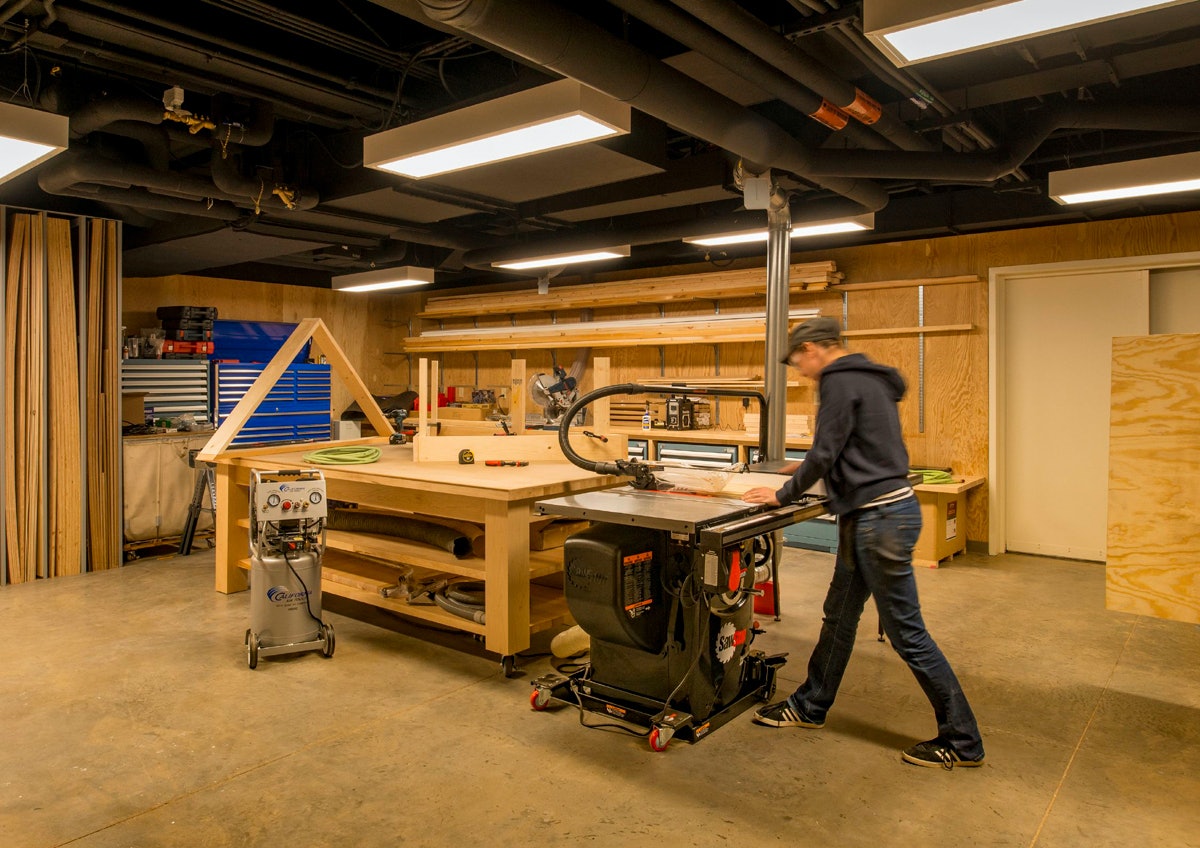 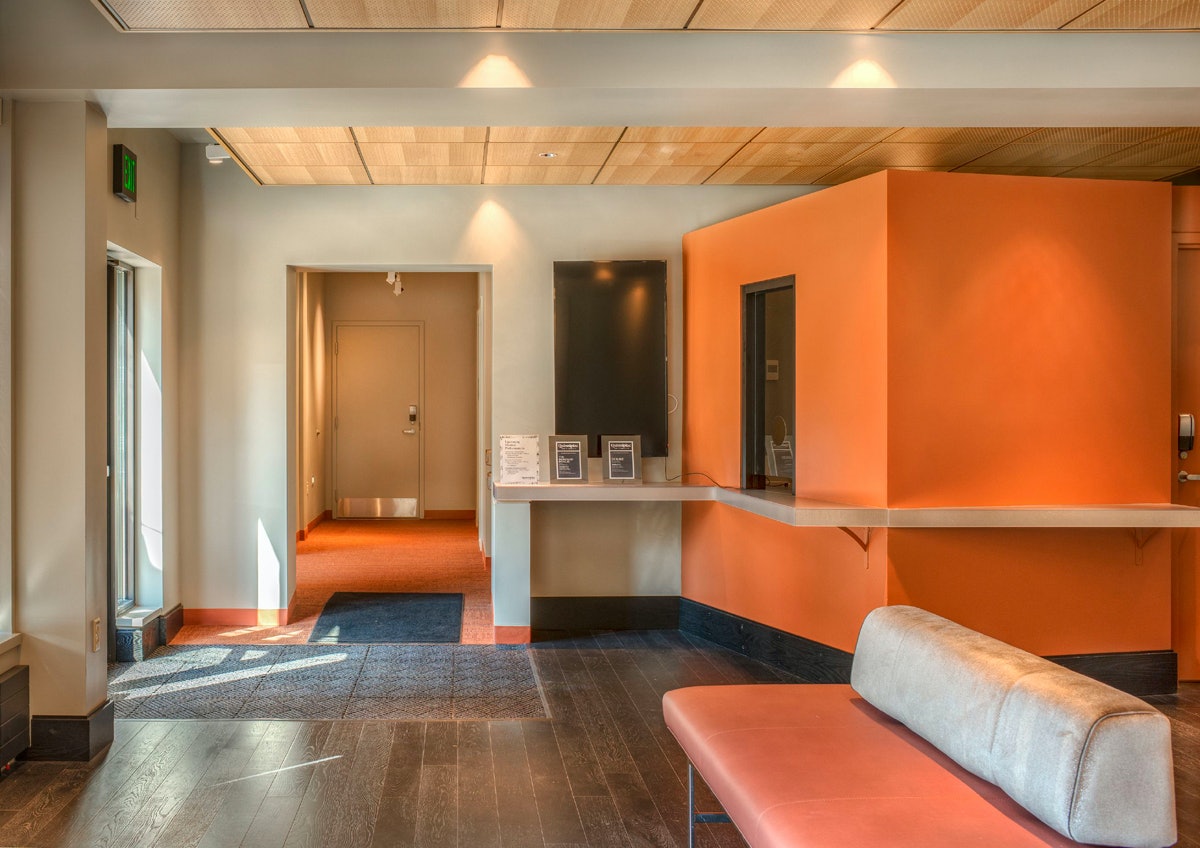