We won an invitational, paid competition to design a single large building to house many student and staff support facilities. This was planned to enhance interaction among all community members. The school later decided to reuse existing buildings, parceling out the functions on a smaller scale.

Sewanee: The University of the South 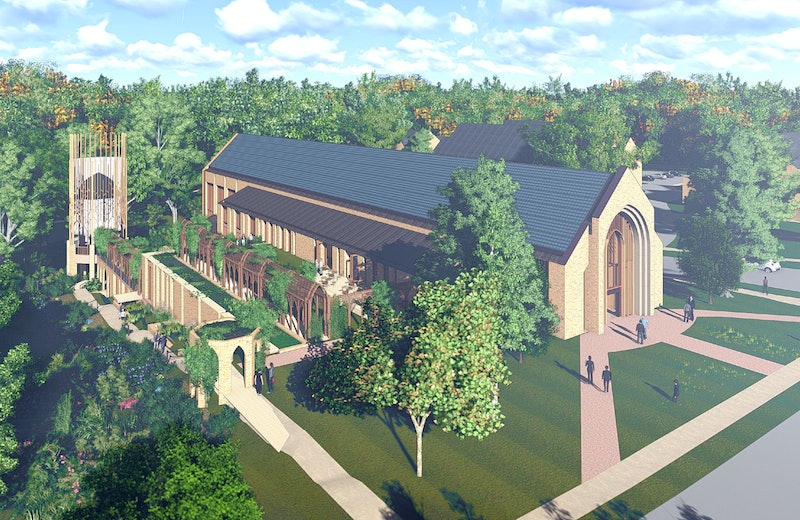 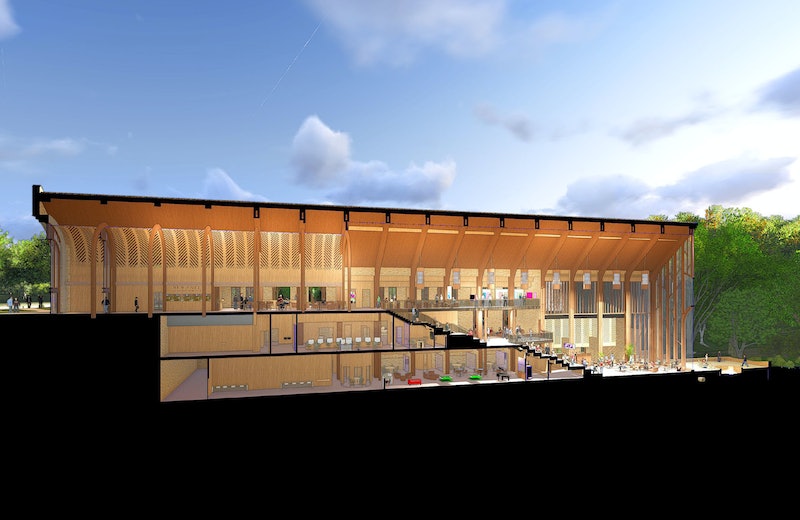 The renowned Sewanee gothic revival campus is in the center of a University-owned 13,000-acre wilderness preserve, called the ‘Domain’. Connections with nature are central to the institution’s mission, curricula, and appeal.

Distinctly modern, but with Gothic references, the building was located on a steep slope leading into the Domain, across the street from the campus central quad and on axis with All Saints Chapel. At the street level, its modest façade hid an interior wide set of stairs cascading downhill toward three-story windows in scale with the forest behind, a functional and symbolic connection to the outdoors. 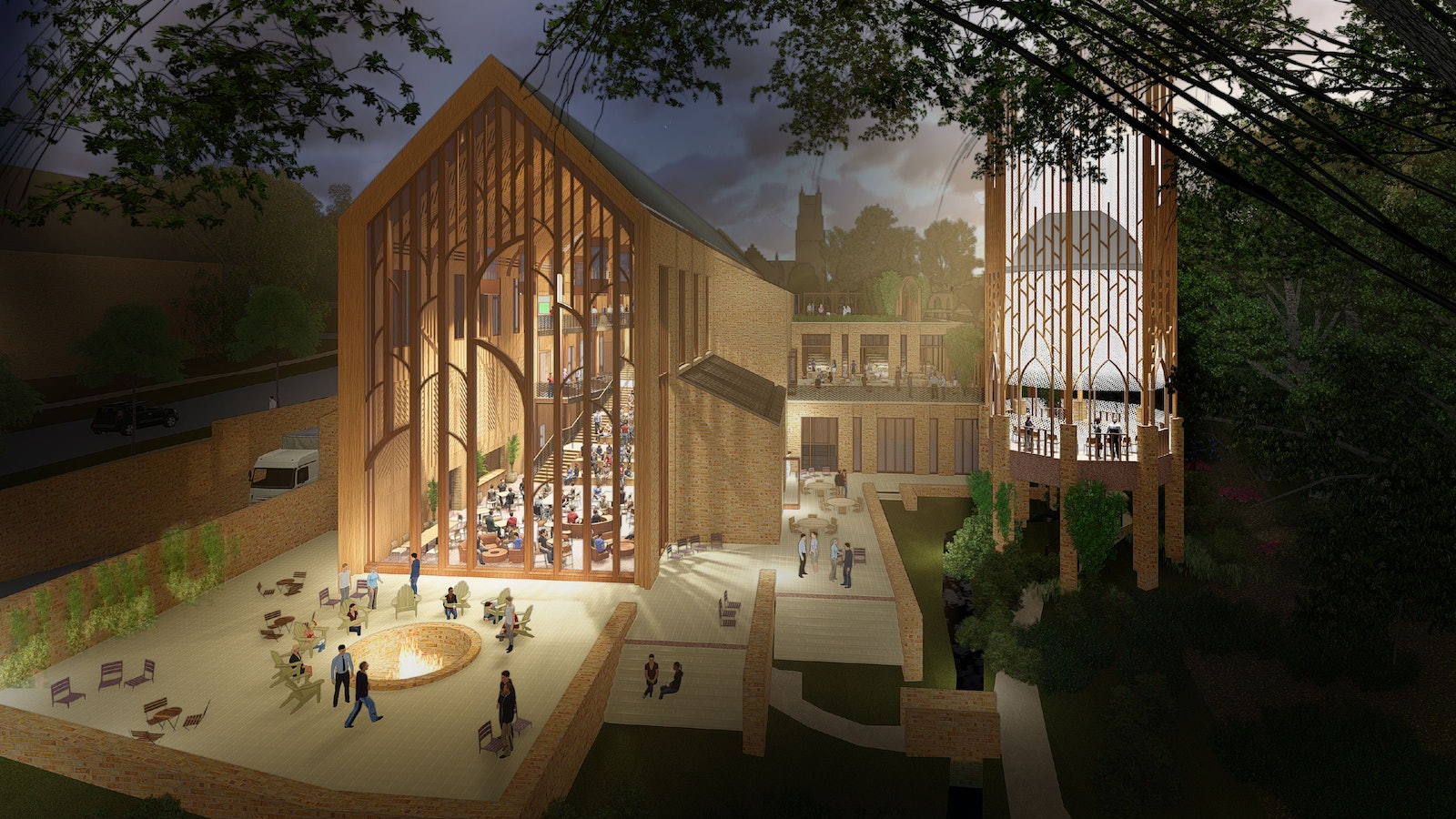 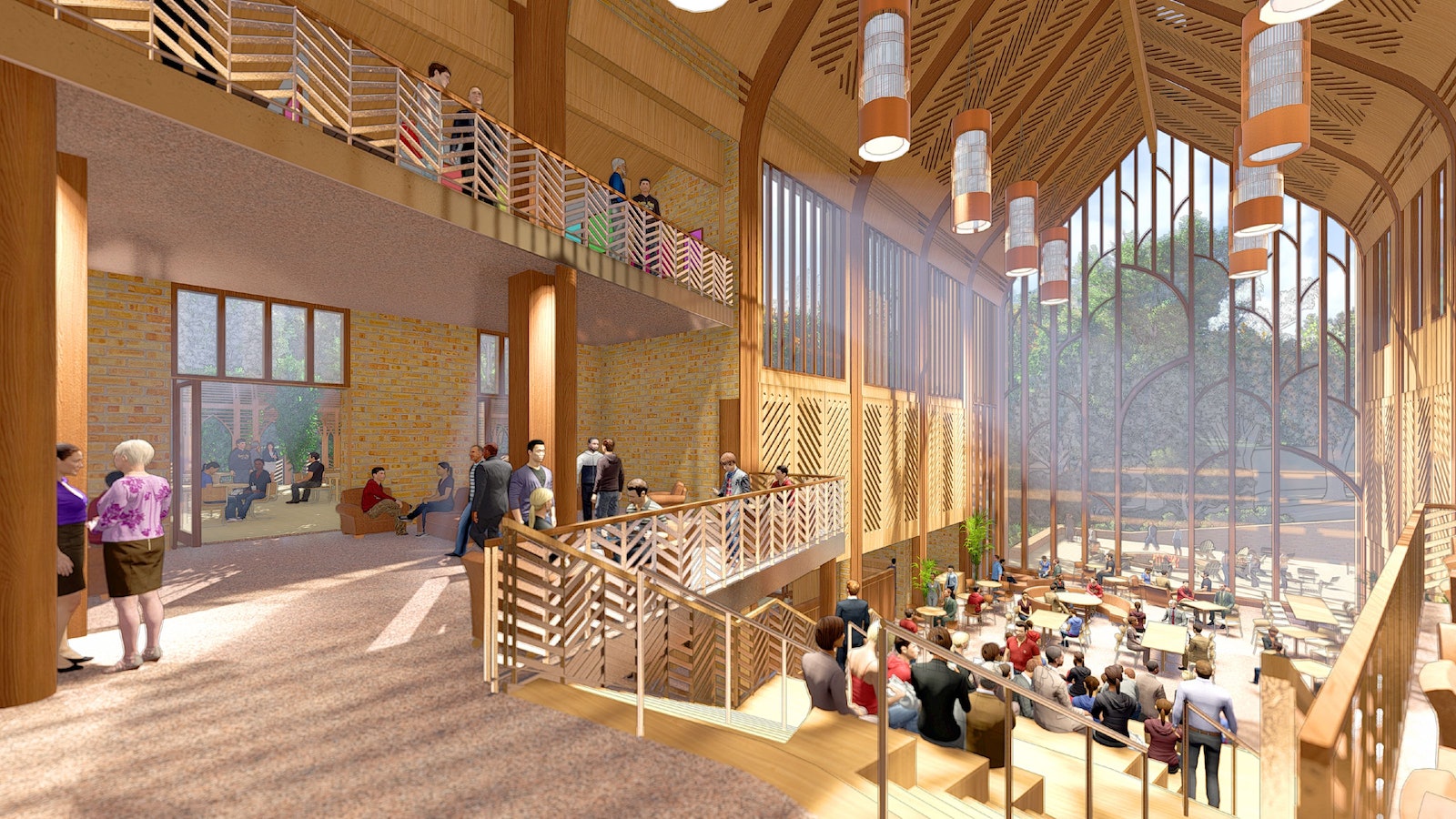 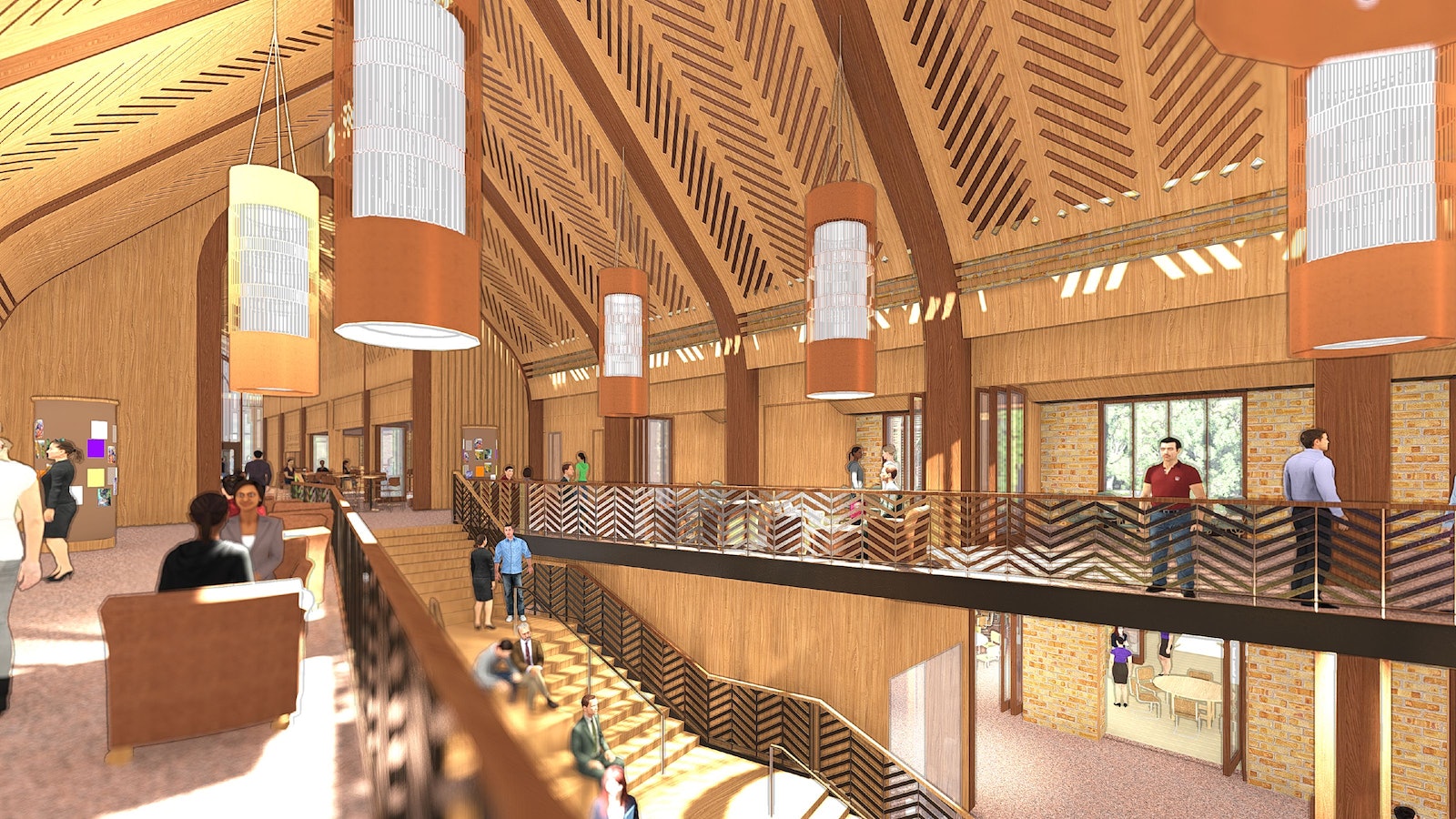 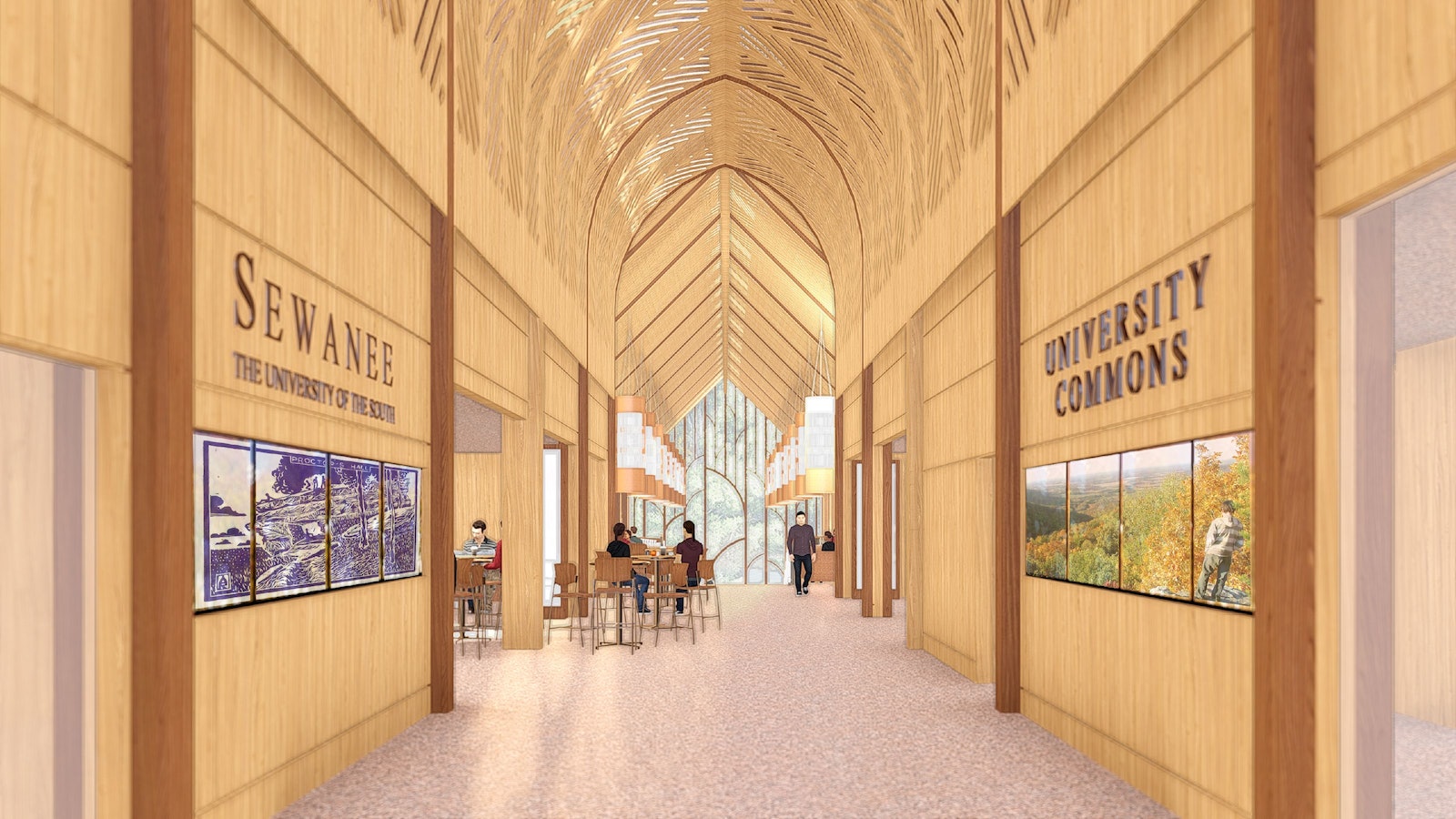 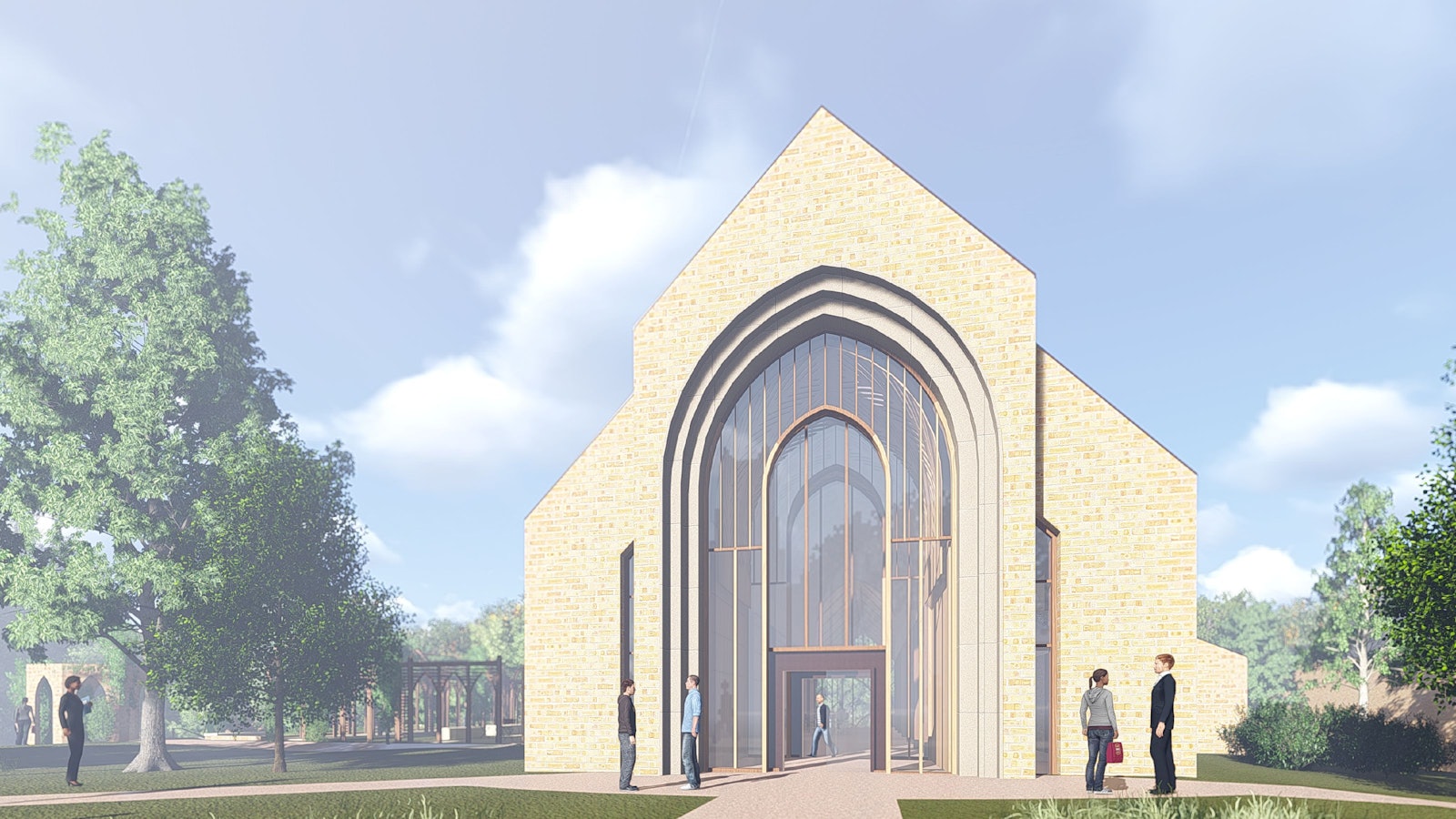 The space above the stairs made a grand central baronial hall with smaller daylit spaces to its side sharing views and light. Terraces and adjoining lounges along the south side followed the descent. It was a ‘main street’ village of differing venues, encouraging sociability. The exposed structure and finishes of wood kept the large place human scaled and warm.

Since many functions not needing daylight could be built into the hill under the grand stairs, the Commons used geothermal heating and cooling naturally, without special equipment. The forest shaded in summer. Ground water was collected and filtered in reeds before feeding the local stream. A ‘tree house’ on pedestals stood separate for quiet meditation. 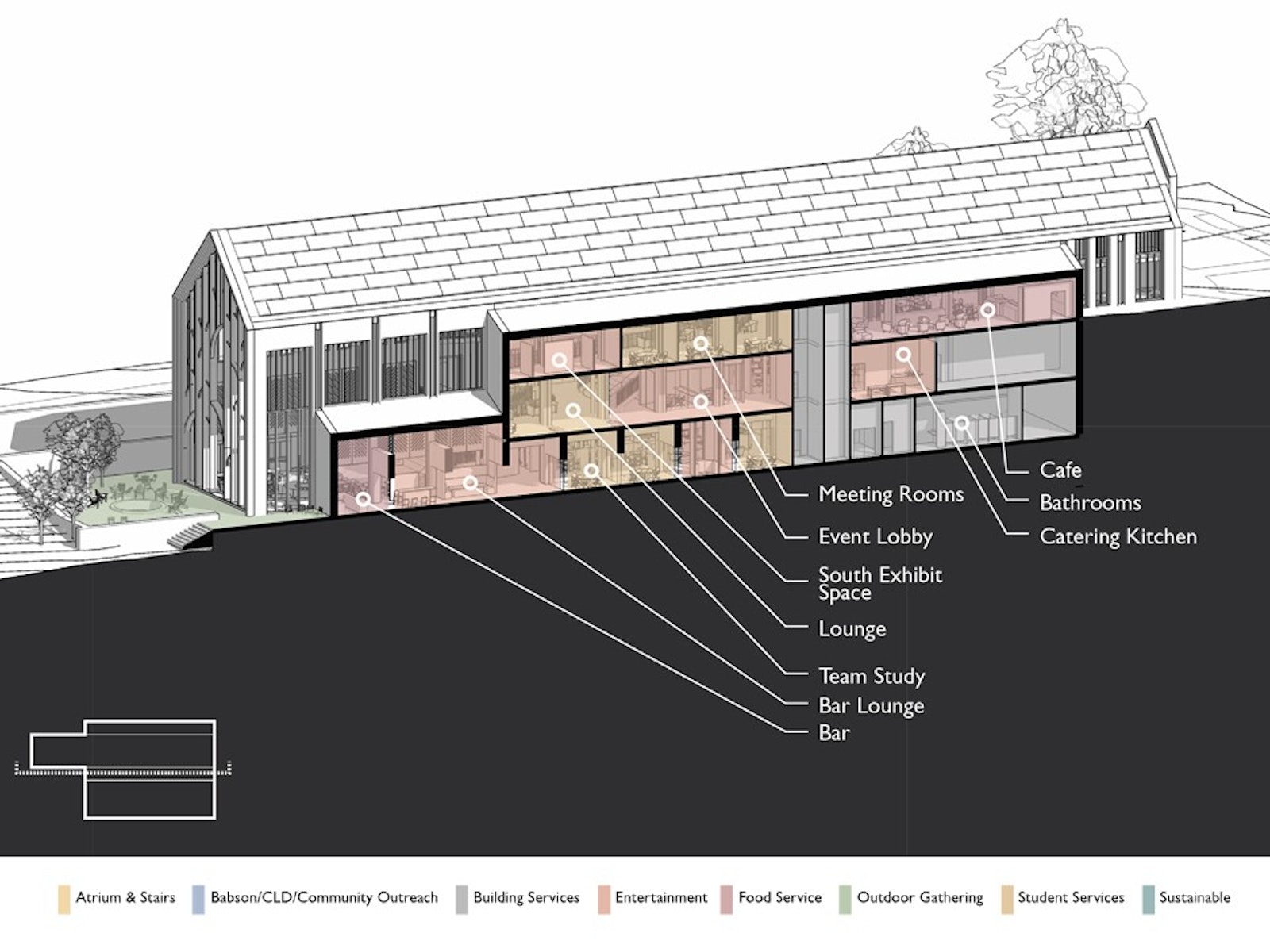 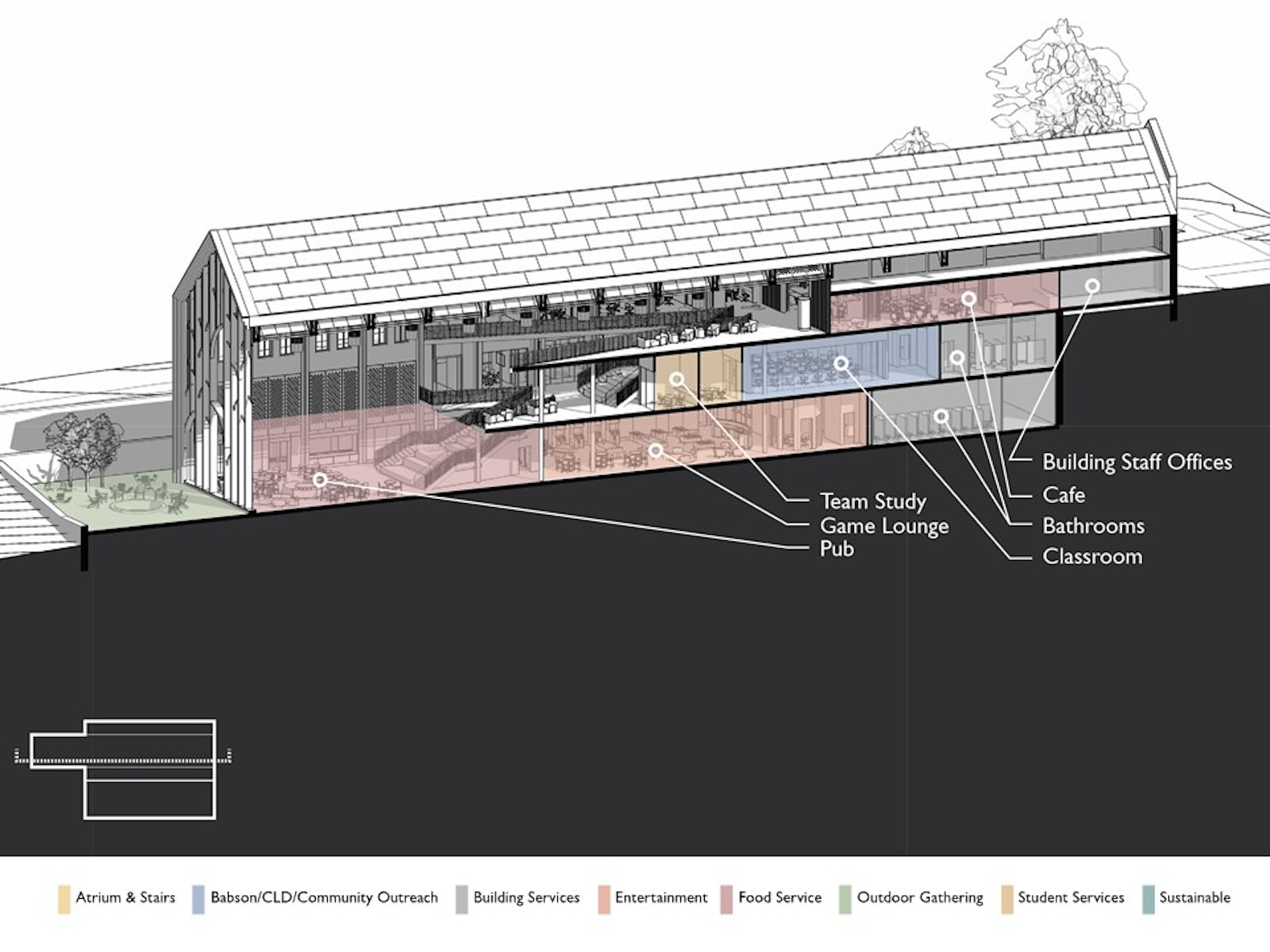 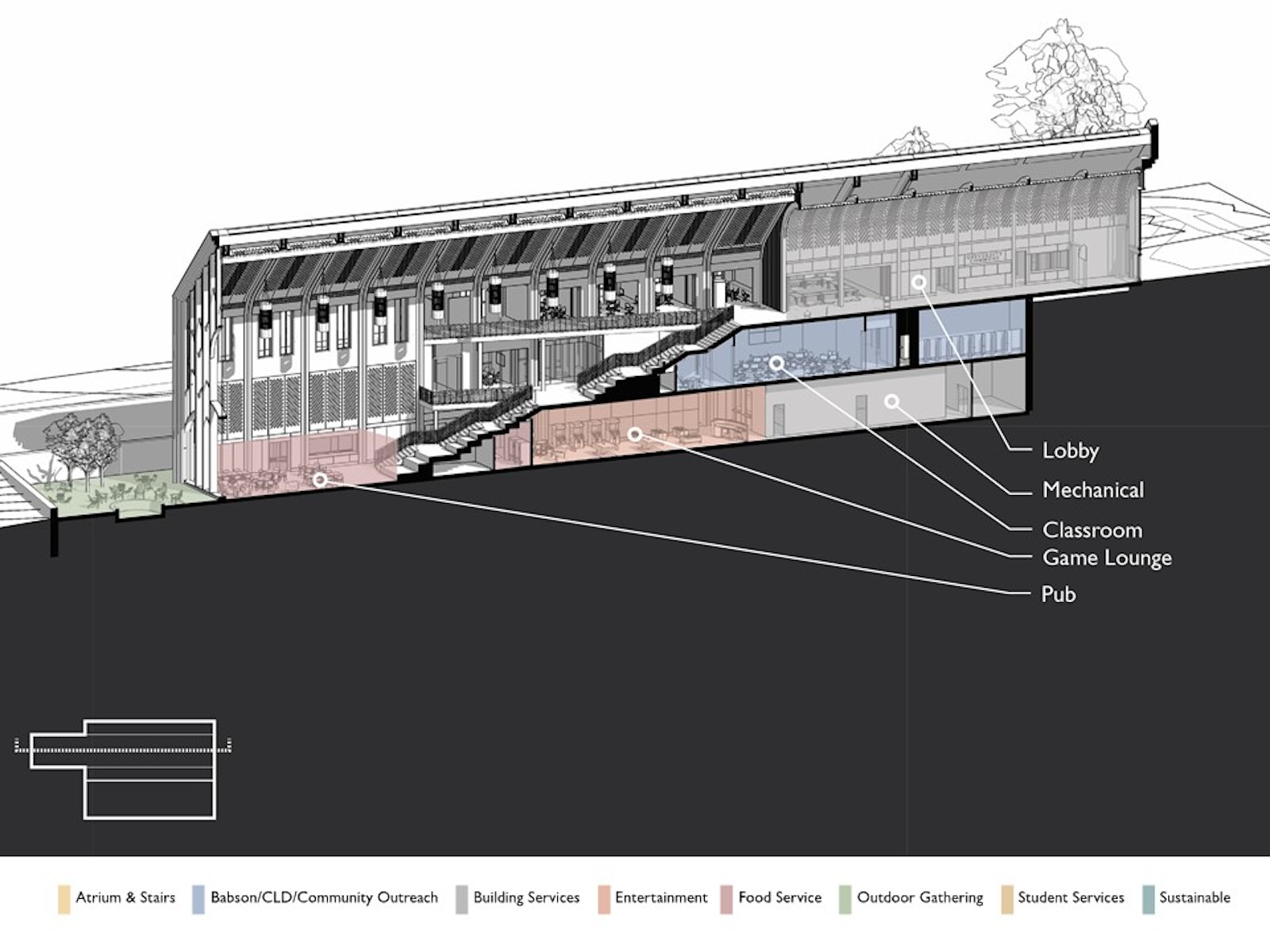 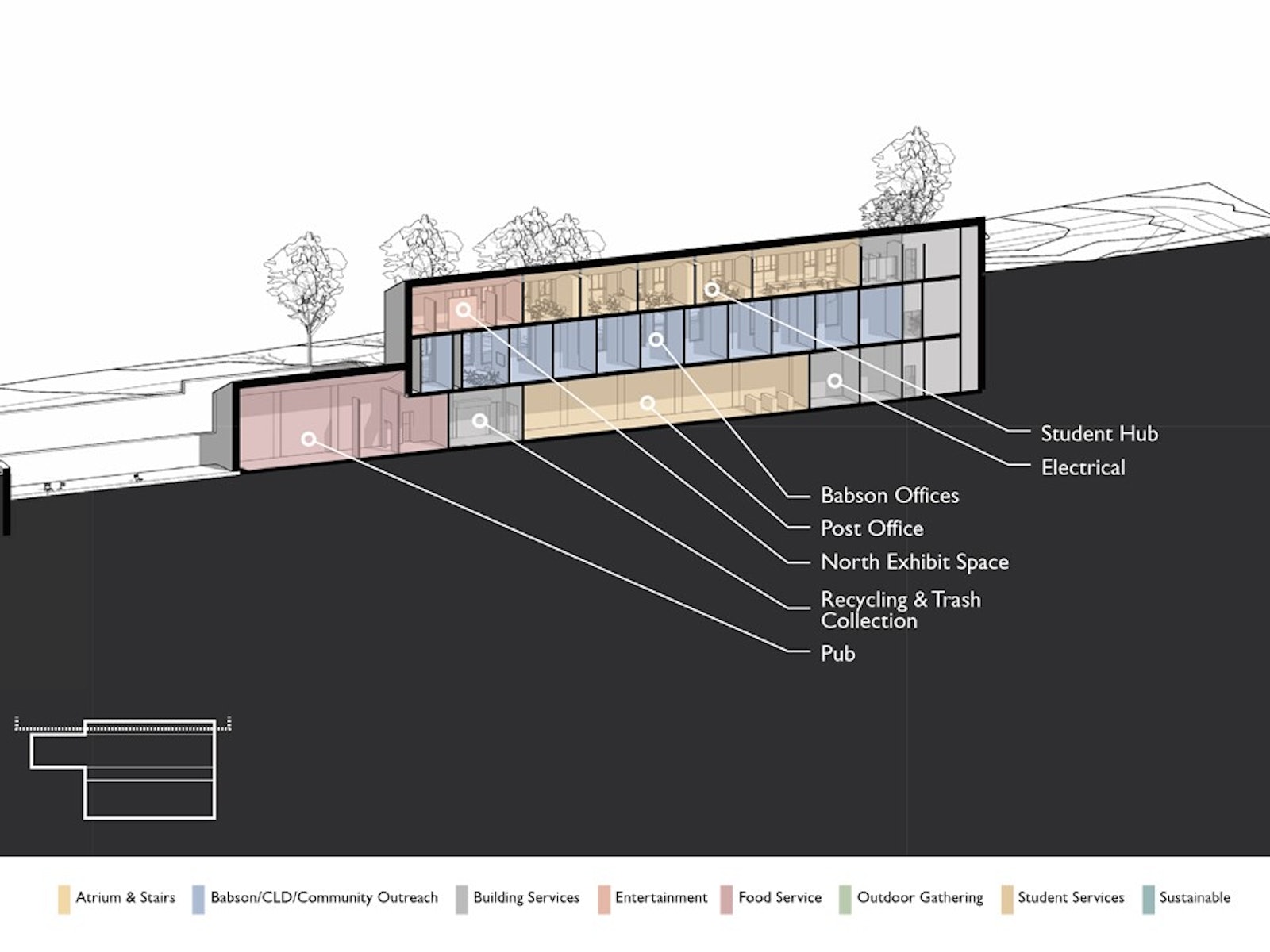 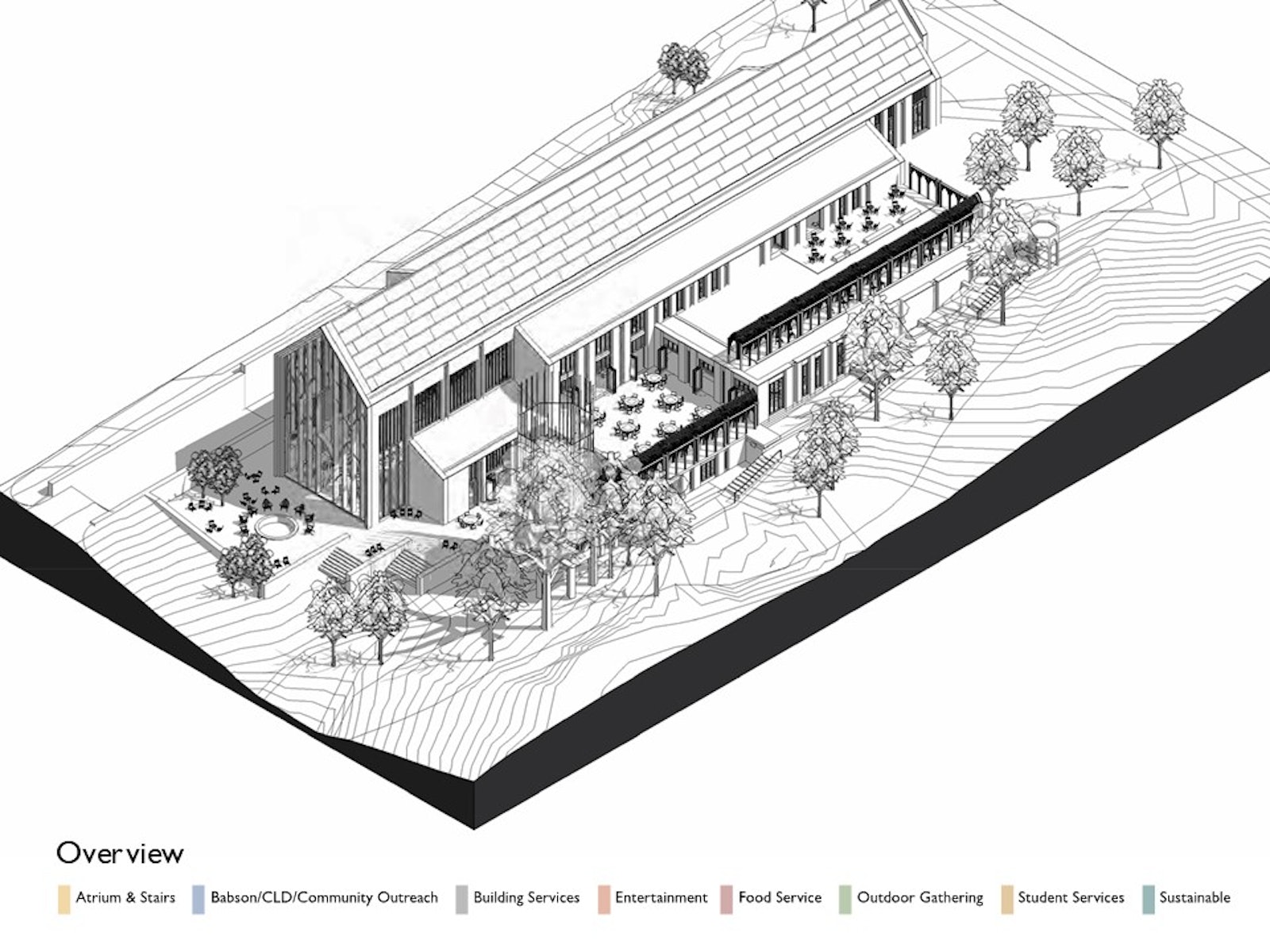 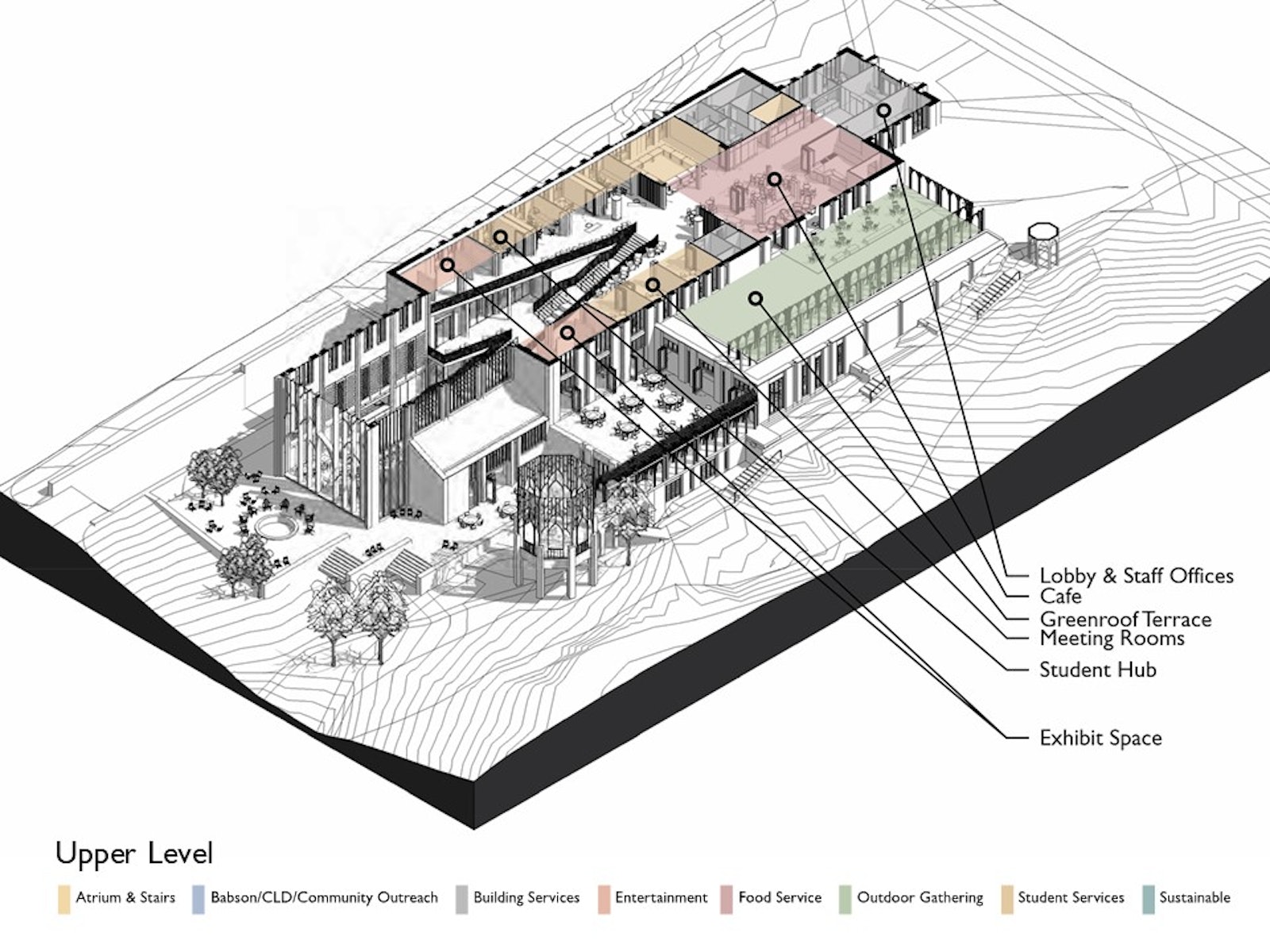 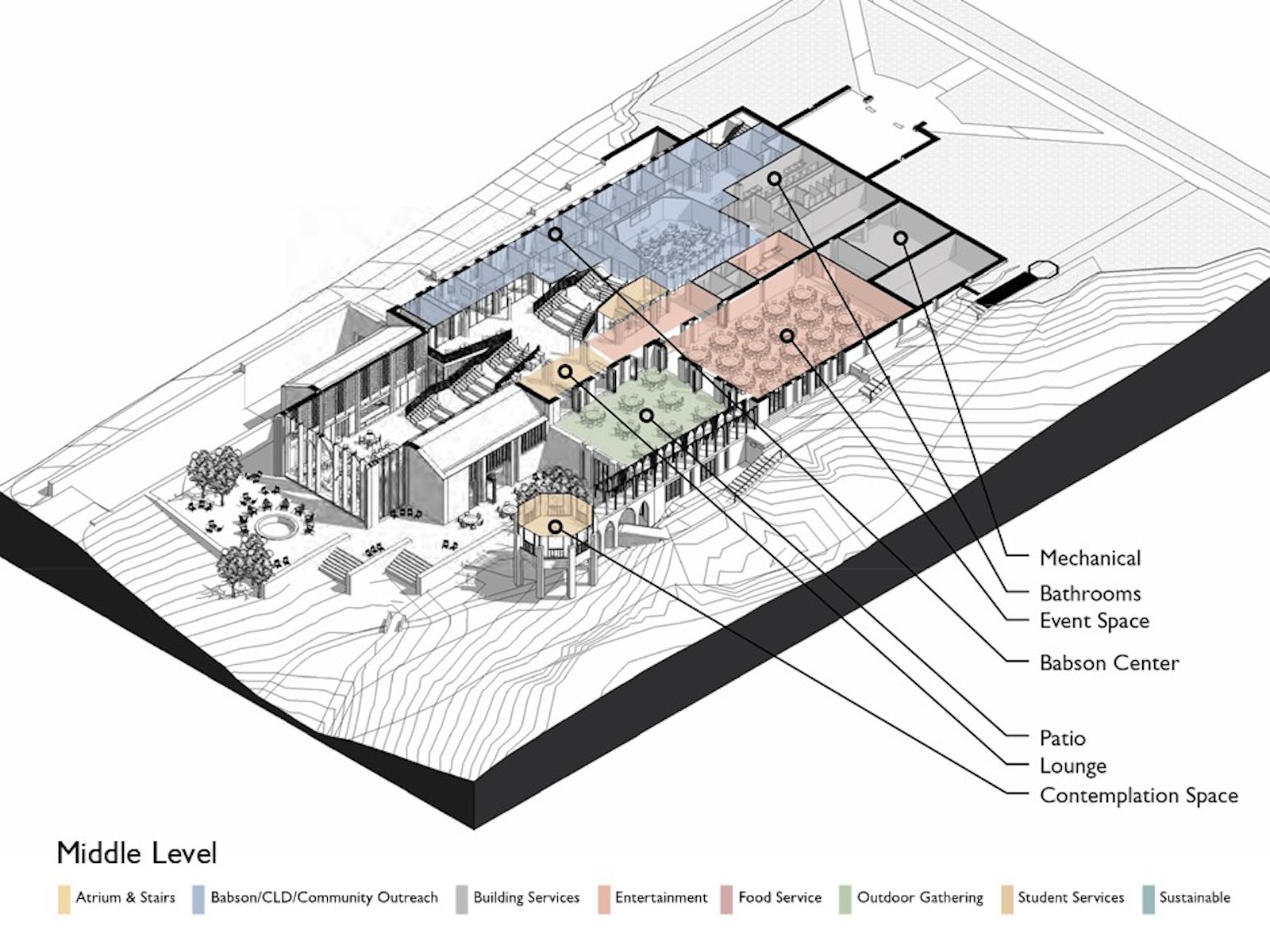 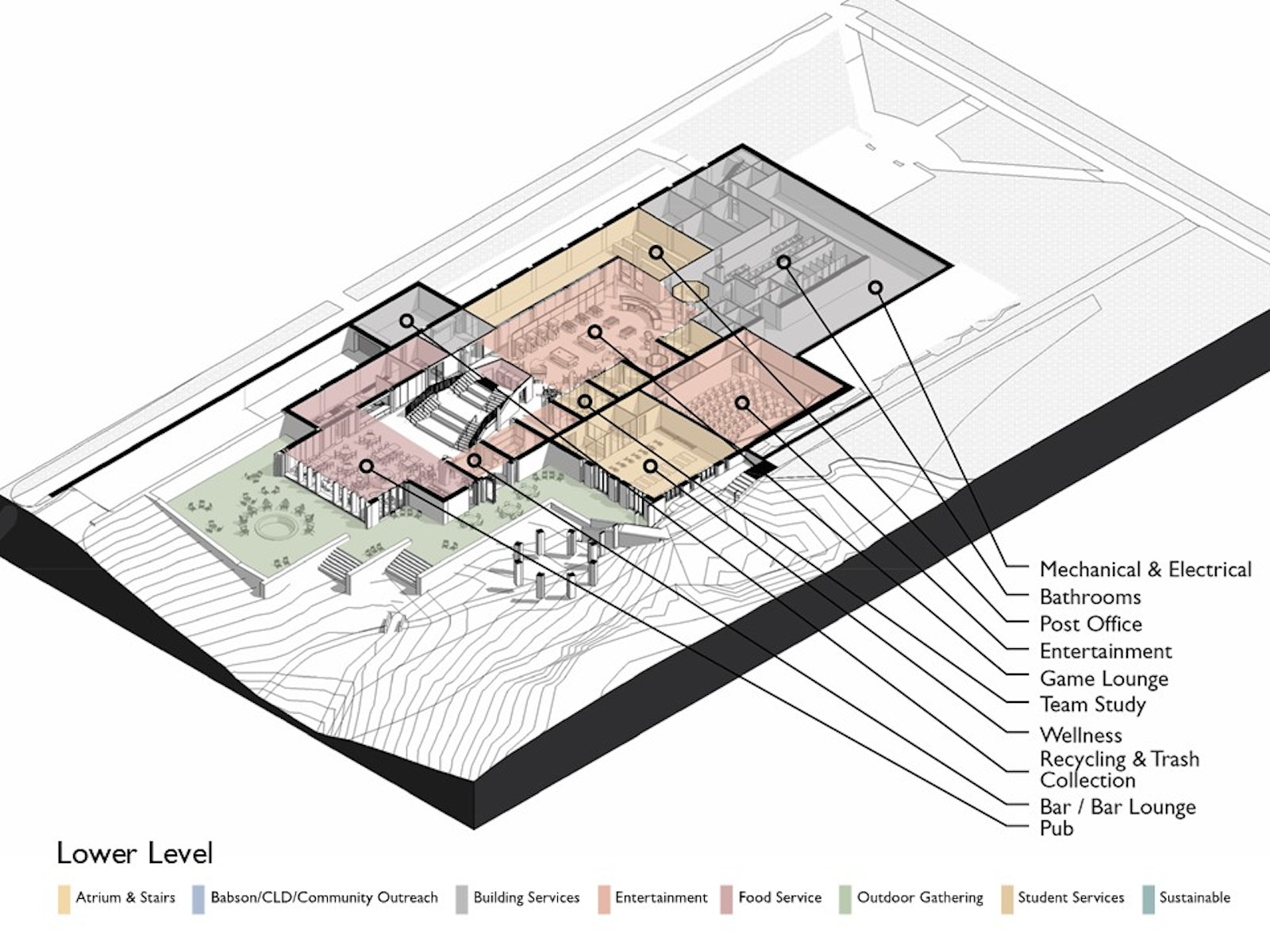 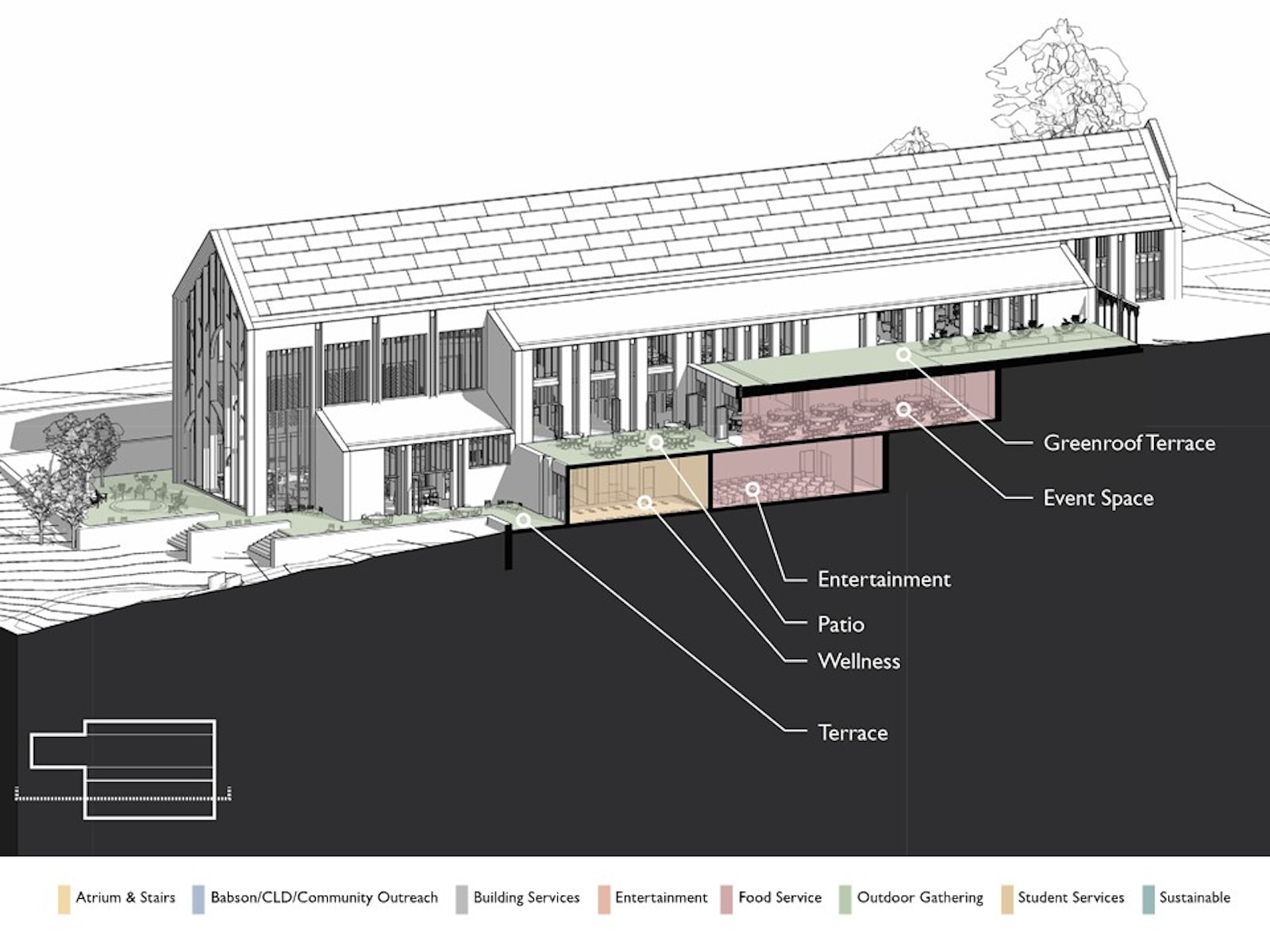