New additions and renovated spaces collected Temple-Tifereth Israel’s congregation onto one site after more than four decades of divided locales. New shapes and imagery ‘feel like a synagogue’ to support the Temple’s mission with a historically symbolic, yet modern, house of worship and education. It aspired to be then-Rabbi Richard Block’s ideal place of ‘immanence and transcendence,’ offering both warmth and awe.

Organized in 1850, The Temple previously held worship services in Cleveland’s University Circle, where its main sanctuary – built in 1924 – seated 1,900 people. The Temple opened a school for religious studies eight miles away in Beachwood in 1968. As more of the congregation migrated to eastern suburbs, The Temple began holding regular services at the Beachwood facility, and moved much of its operation to the 21-acre location in recent years. 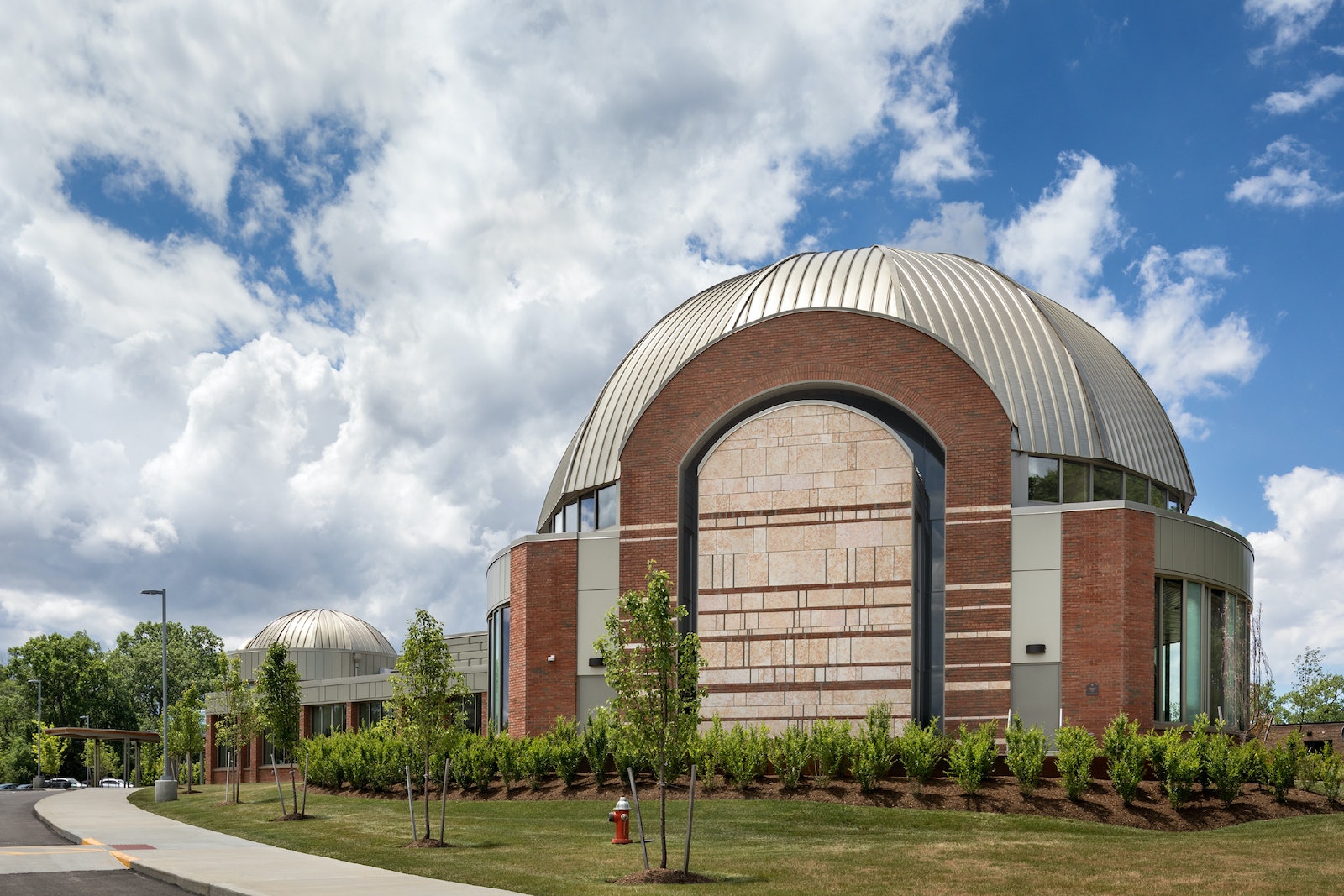 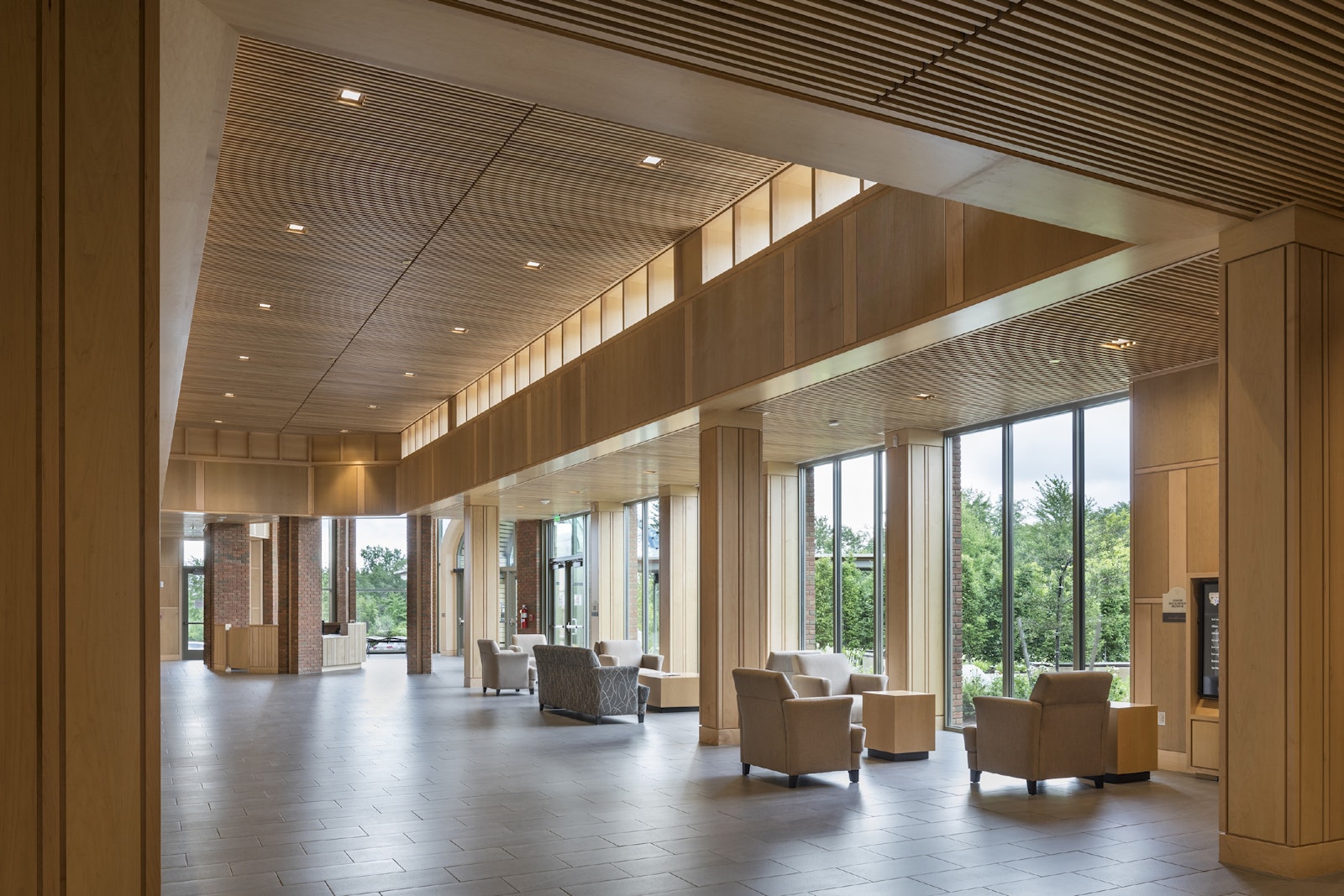 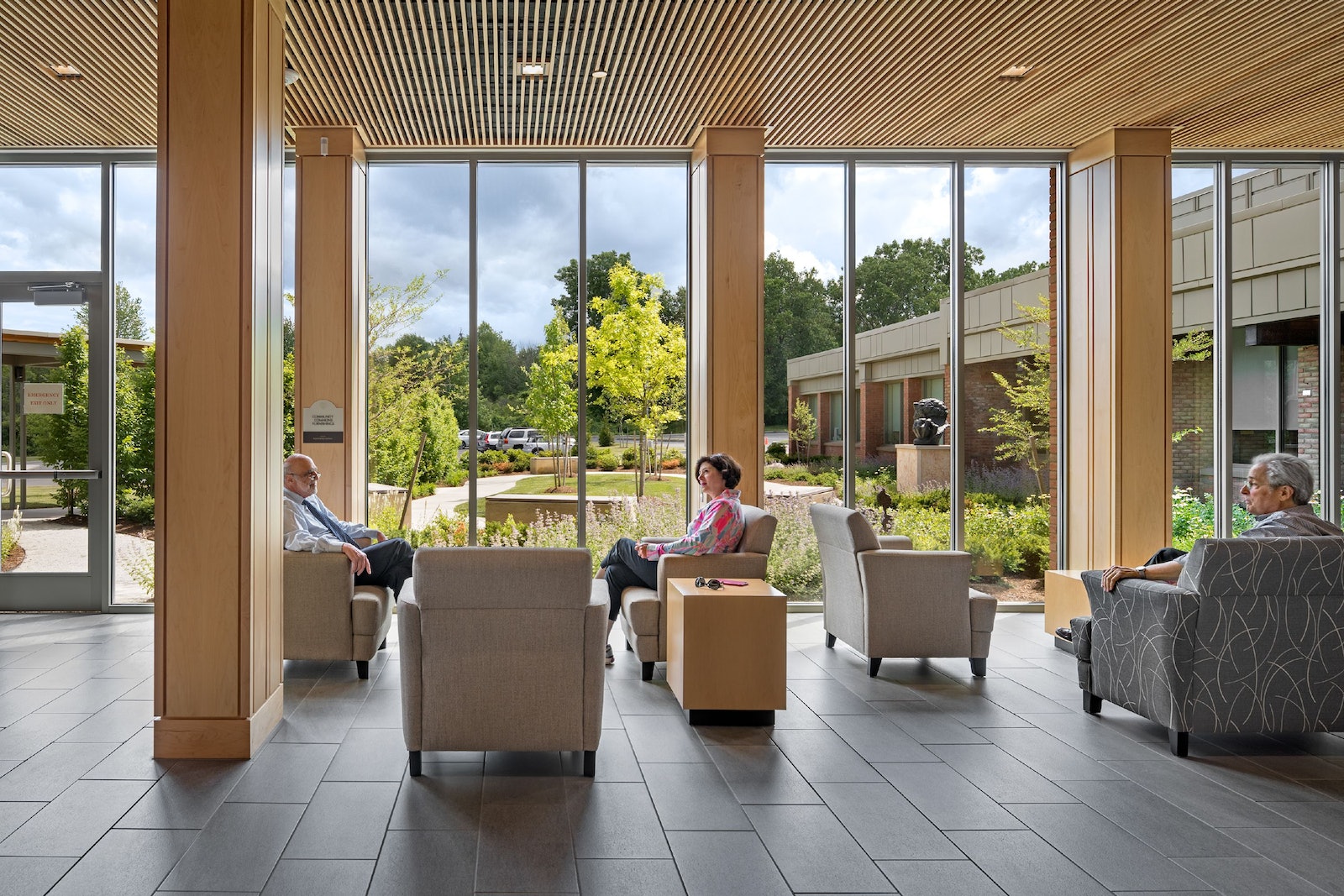 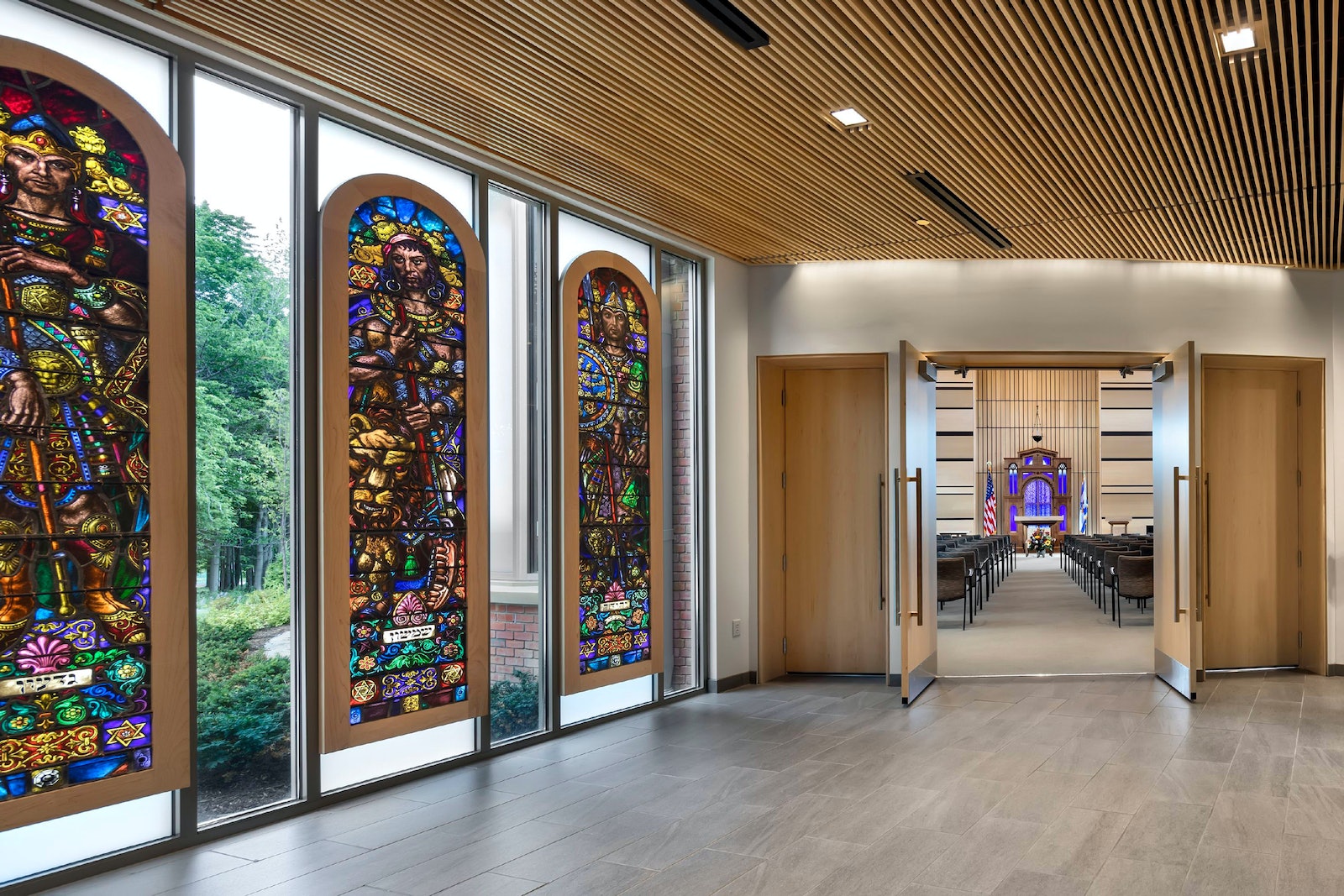 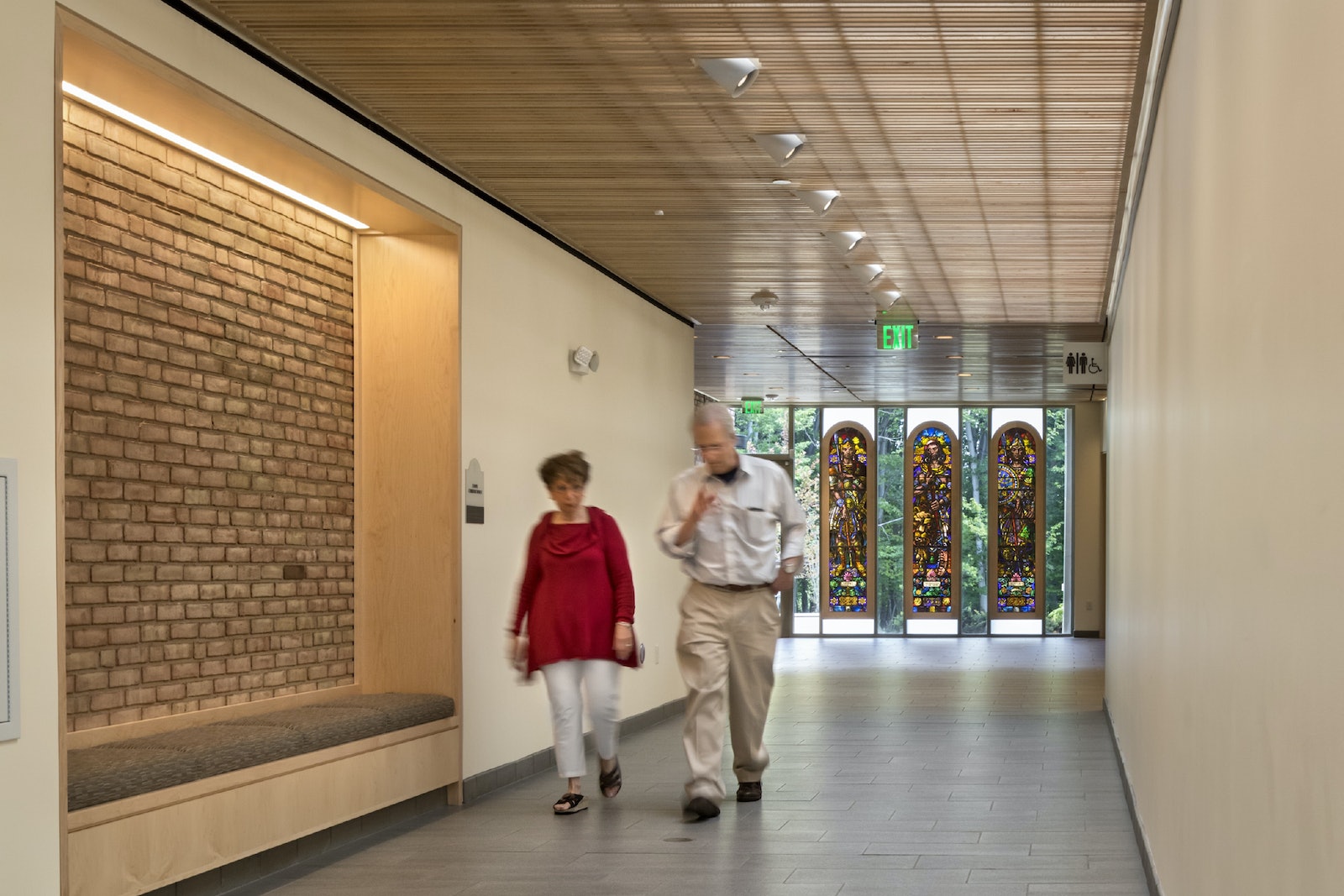 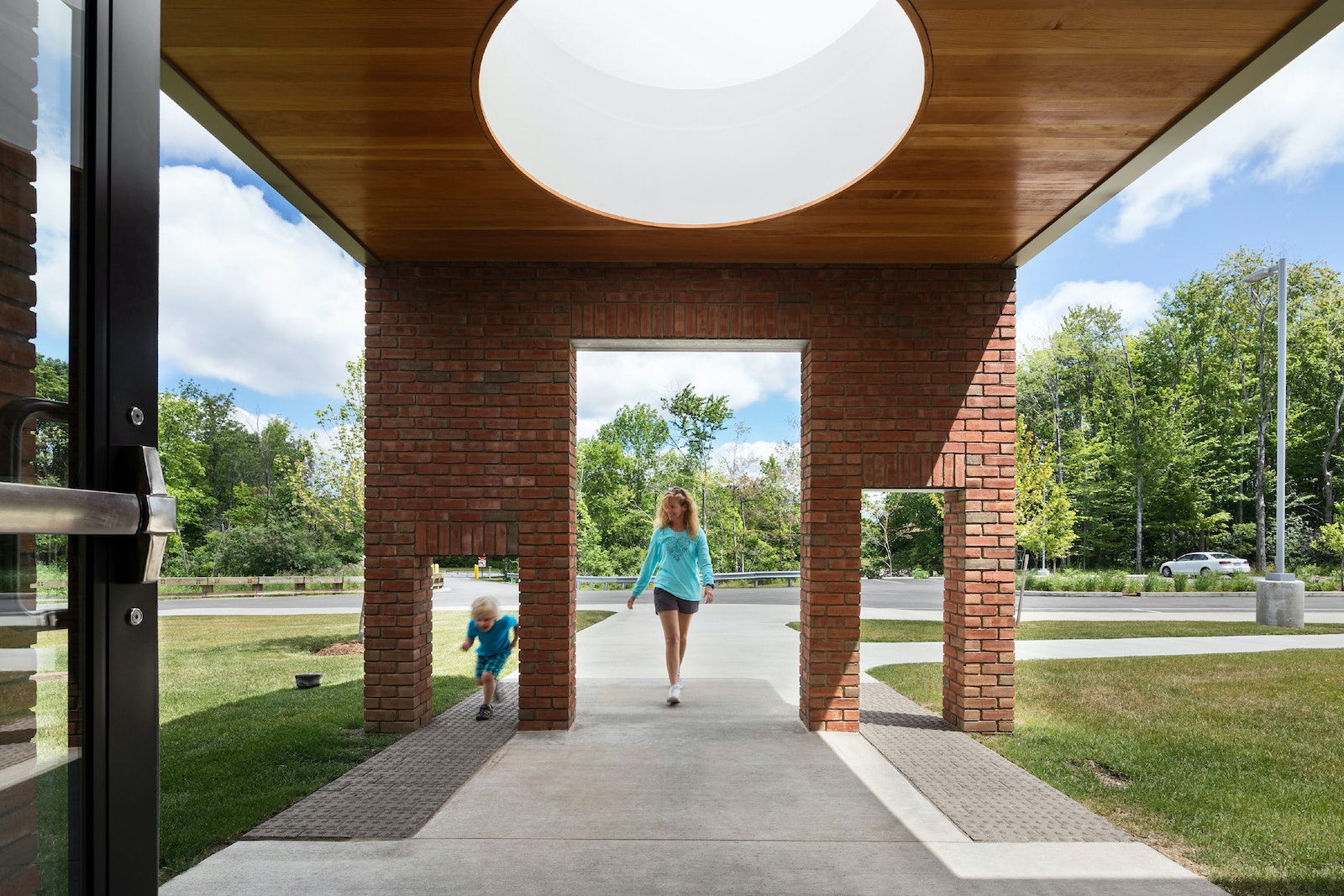 “"Our majestic new chapel is the crown jewel of the project and continues to astonish and inspire congregants and visitors alike.” ” Former Rabbi Richard Block

The Temple decided to bring all its programs under one roof after more than four decades of operating two separate locations. With the consolidation onto one campus, the congregation needed to construct a new chapel to seat 300, improve and grow offices and educational facilities, and create a welcoming new entry and landscape, while reorganizing and refreshing existing spaces.

Centerbrook’s design arrays new construction all along the east side of the existing building, highlighted by a new domed entry hall and domed chapel. This gives the entire complex a distinctive new face while reusing most of its existing fabric. The domes came from congregants’ strong desire to recognize the building as a synagogue, rather than a generic community building. 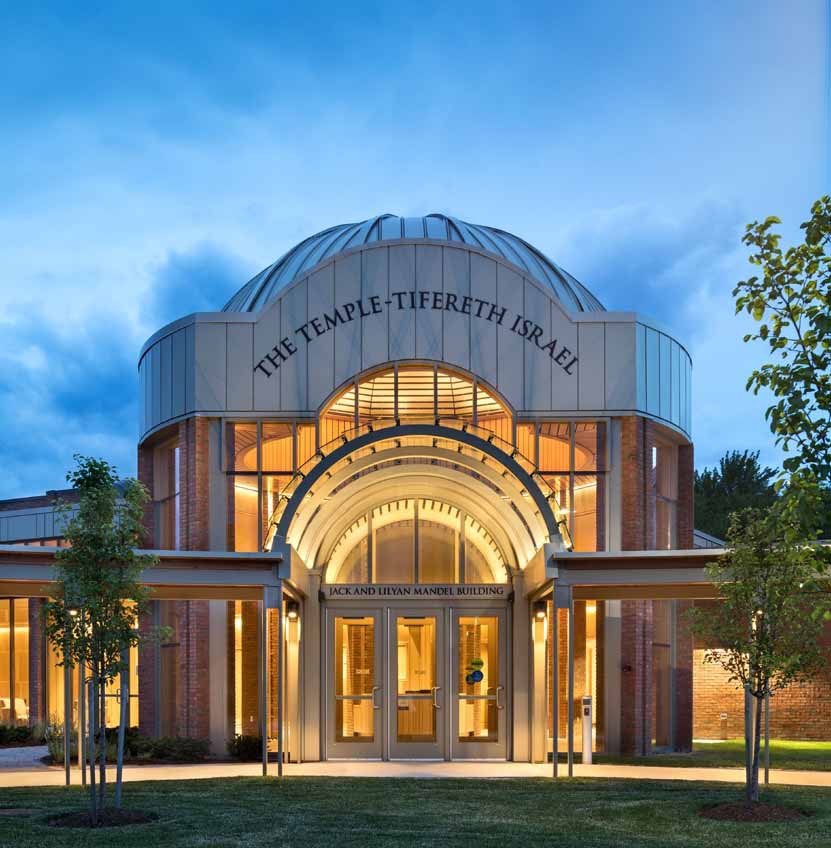 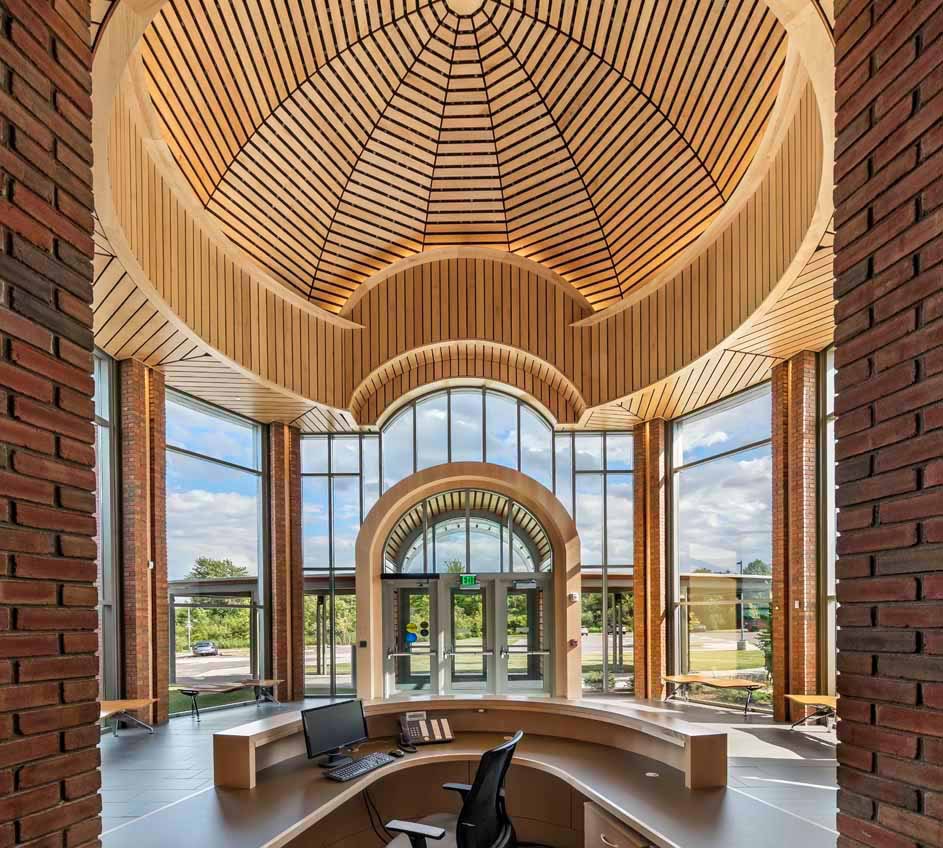 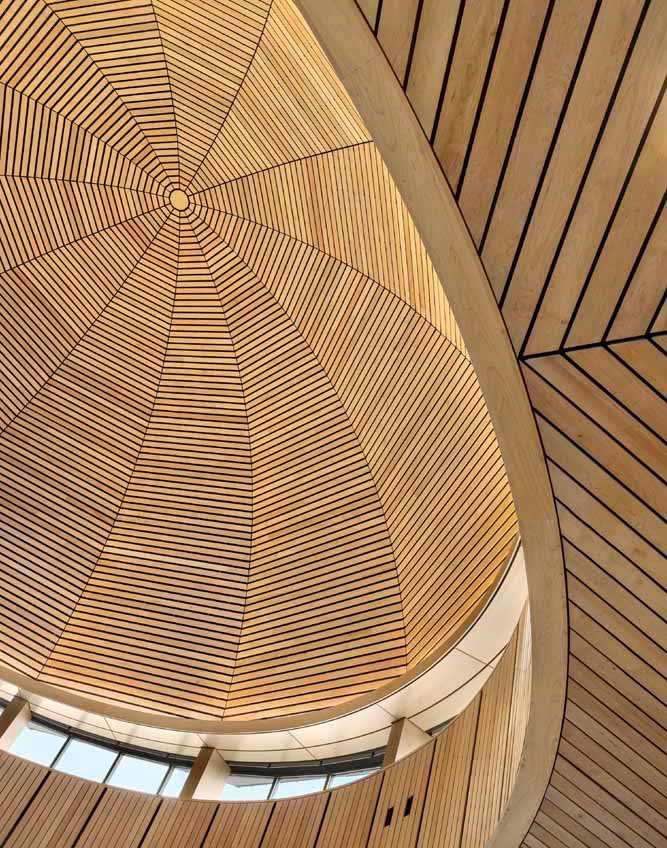 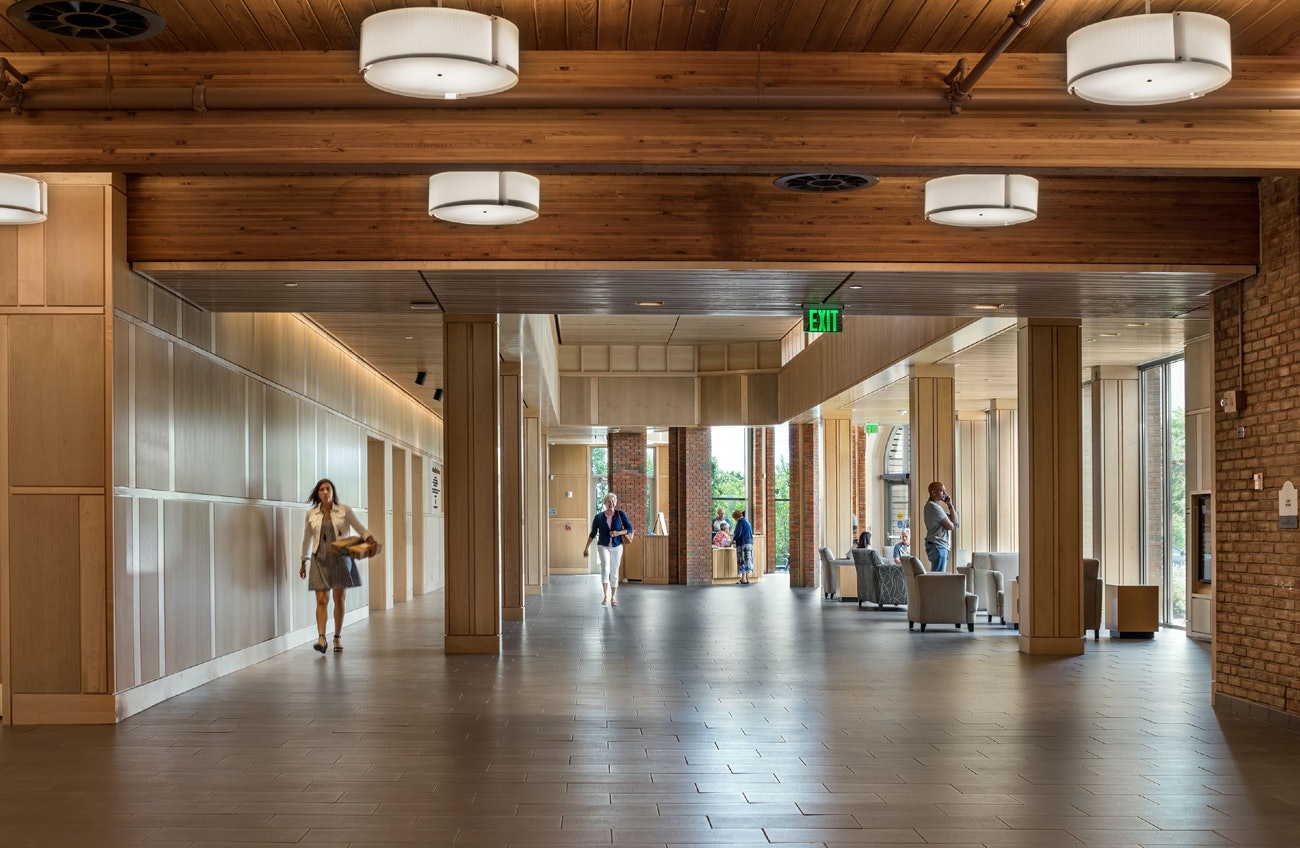 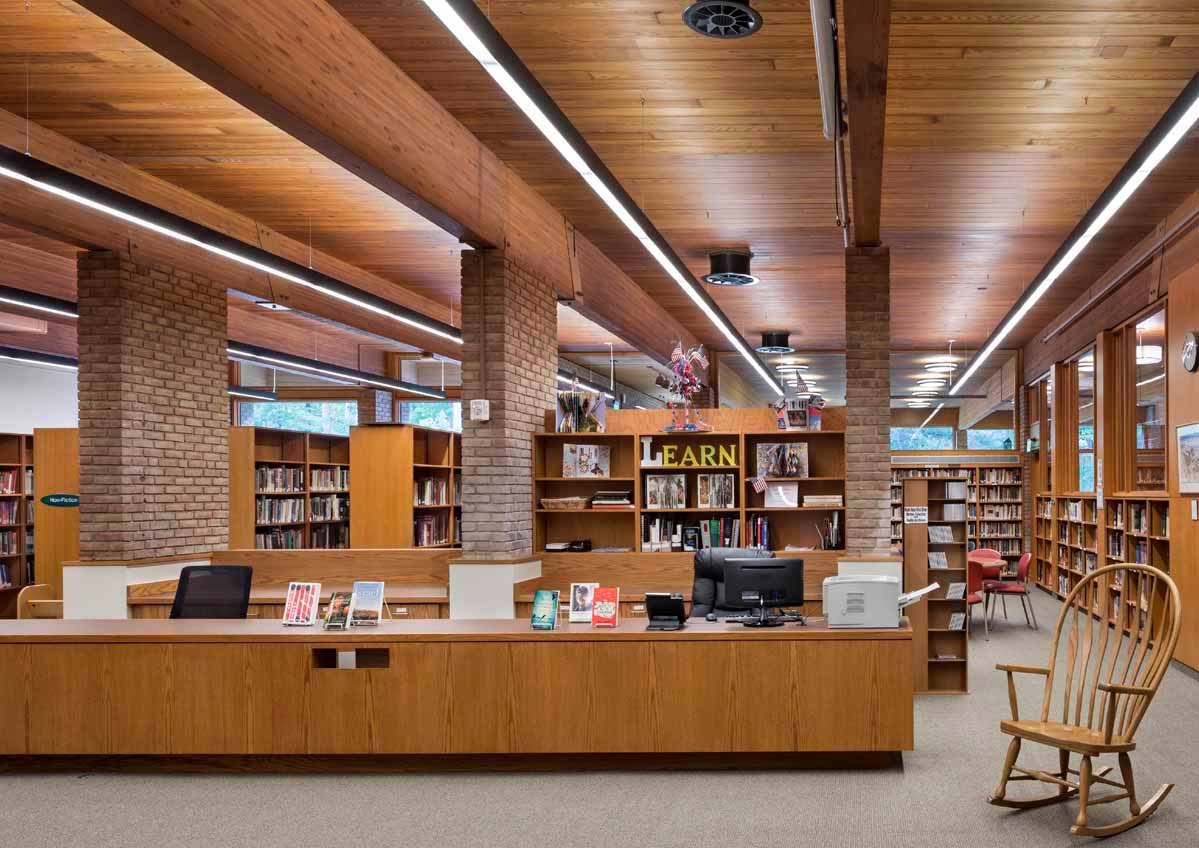 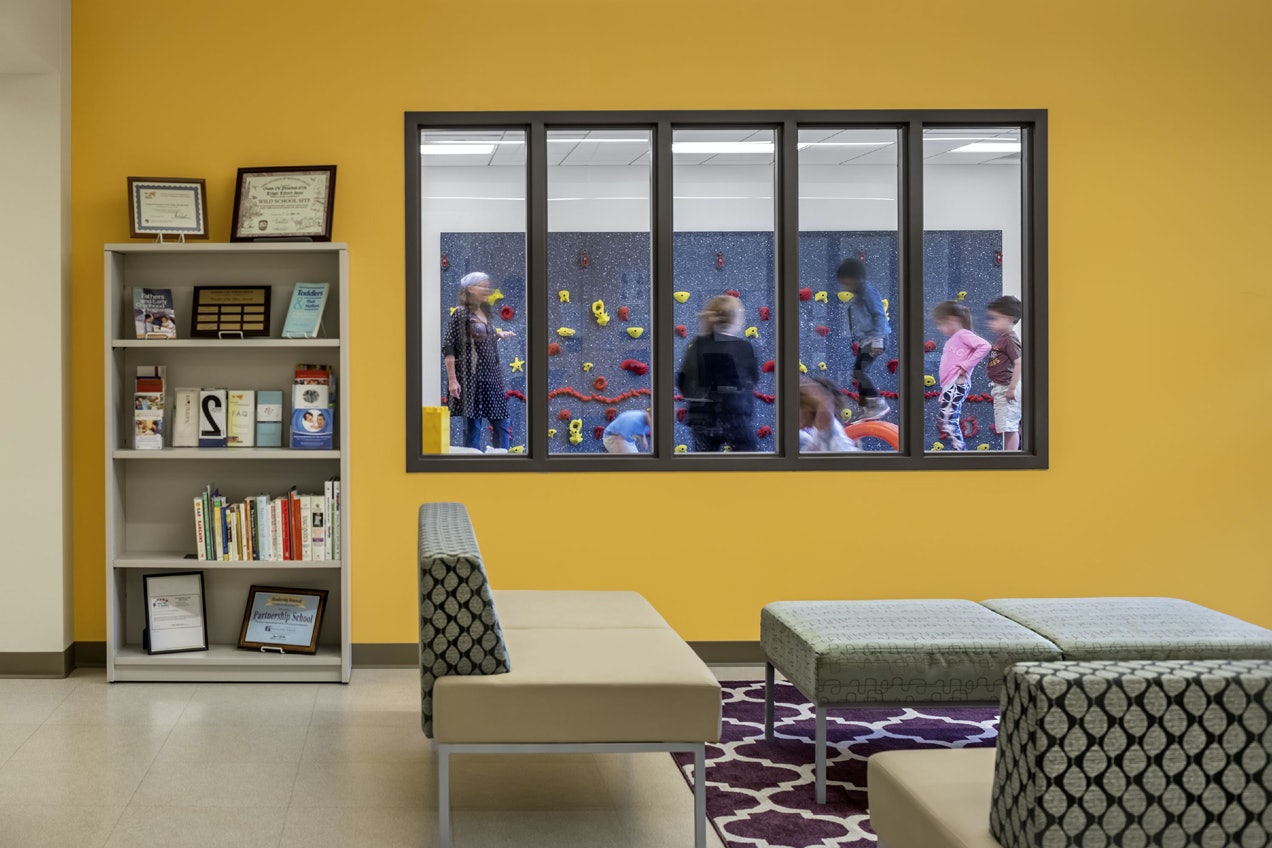 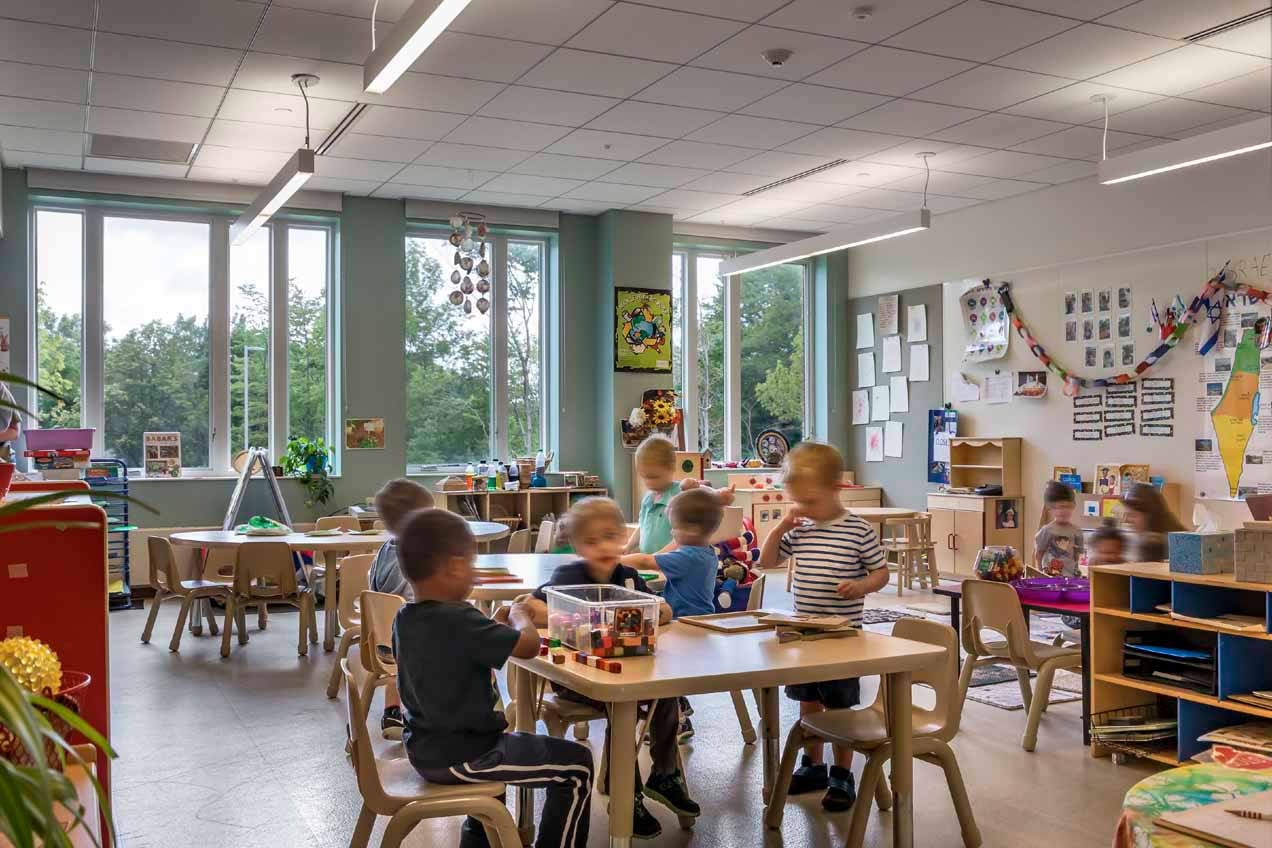 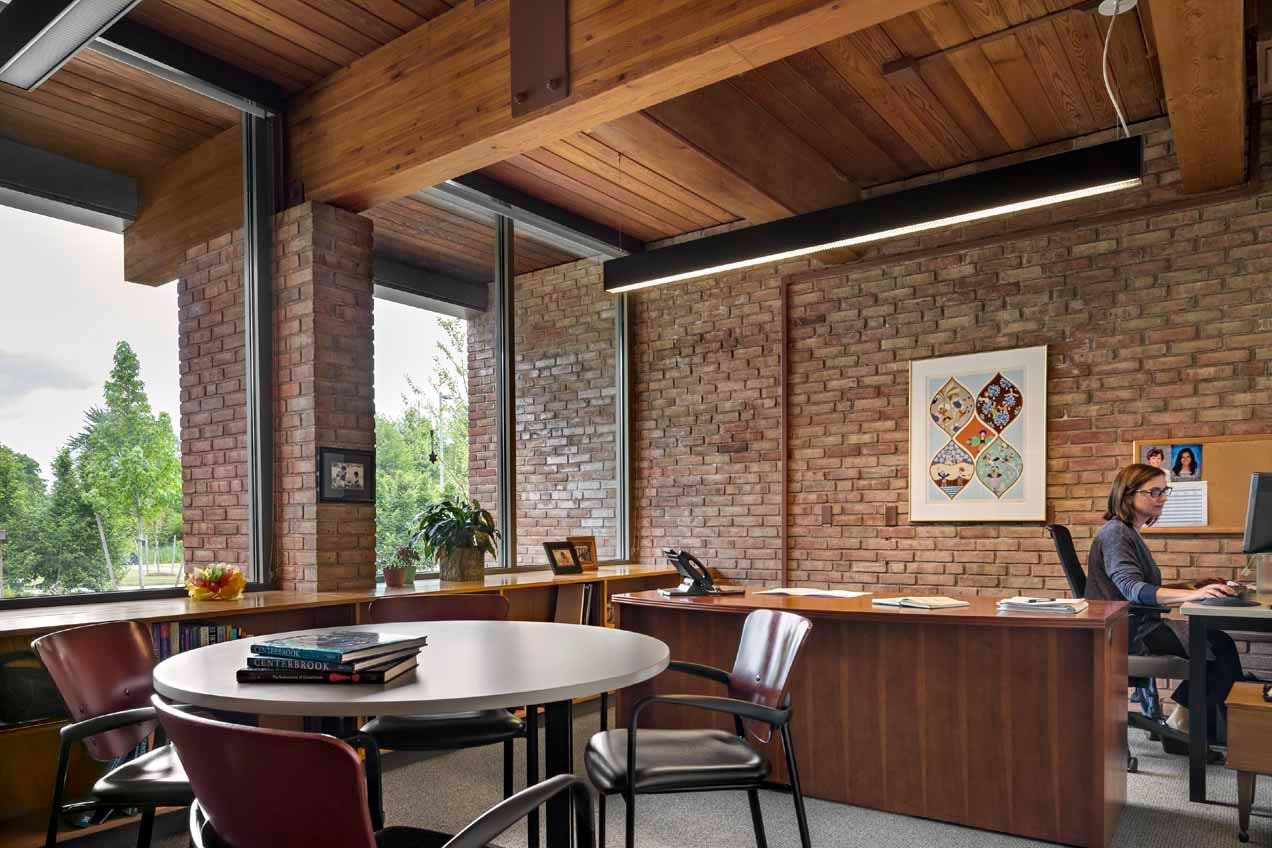 Enhancements to the existing structures see refurbishment of offices and classrooms into new classrooms, a youth center, art and music rooms and other support spaces. A new classroom wing for the Ganon Gil Early Learning Center – which has a five star rating from Ohio Department of Education and the Ohio Department of Job and Family Services – enhances early childhood education while meeting current codes. The wing faces its own private and safe entry drive as well as a new pair of playgrounds.

The new site increases parking, improves access to the building, and provides sustainable drainage in bioswales. Most importantly, it frames the new domed structures to make arrival a meaningful part of worship. The old courtyard to the west of the building has become a compelling outdoor chapel with a miniature bowl of benches and a Star of David terrace.

CBK Blog: Collaboration on the Way to a Synagogue