This project was a renovation and addition to a 1910 preparatory school gymnasium designed by the noted early 20th century architect Grosvenor Atterbury. The goal was to give the building new life as an arts center while retaining its presence as a premier generator of architectural character for the campus. 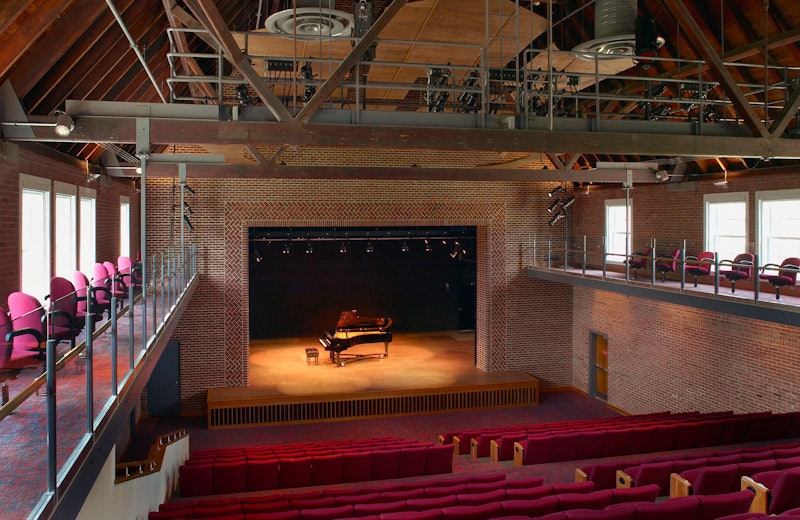 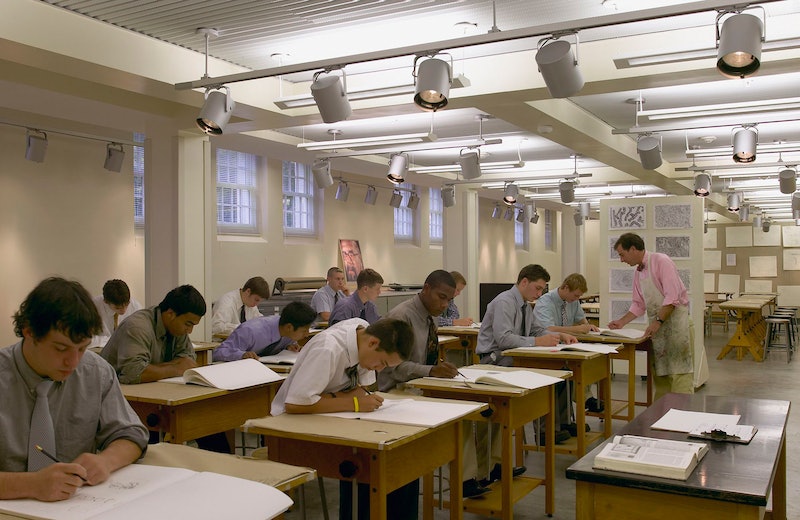 The gymnasium's main space was opened up and renovated into a 400-seat auditorium used for drama and music performances. At the back of the gymnasium the addition was placed in a crossing of the "T." An entirely new proscenium opening acts as the joint between old and new. The addition contains a stage house and instructional studios for art, music, and photography. The consolidation of all the art departments in a single building has revitalized art instruction at the school.

The gymnasium faced a handsome quadrangle opposite the school's chapel. To make the most of this orientation, its front was rehabilitated and given a new entry in the spirit of early sketches by Atterbury which were never implemented.

The gymnasium was built of brick in a spare, institutional version of the Arts and Crafts style. Atterbury's simple brick walls were extended into the addition and were used on the interior of the auditorium. The renovated and expanded building is now a much stronger presence on the campus quadrangle and plays an important role in strengthening its historic character. 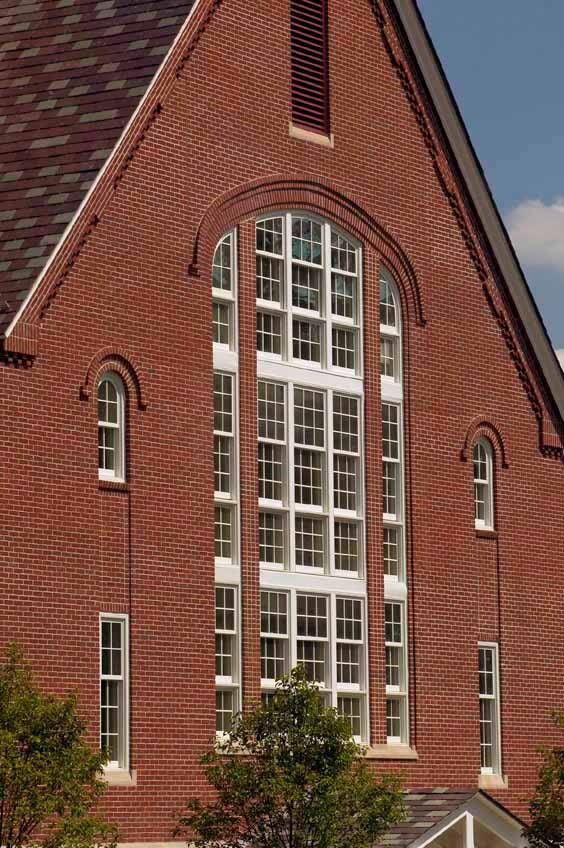 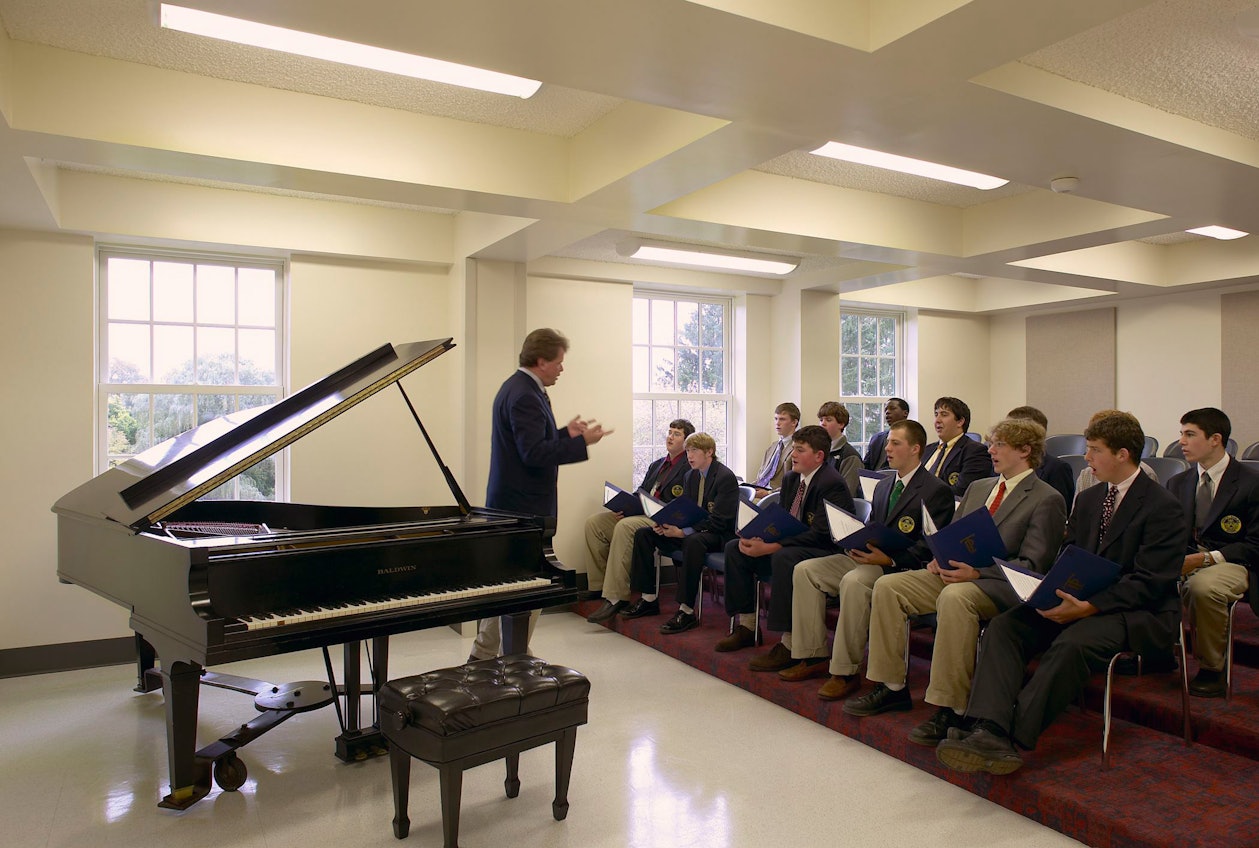 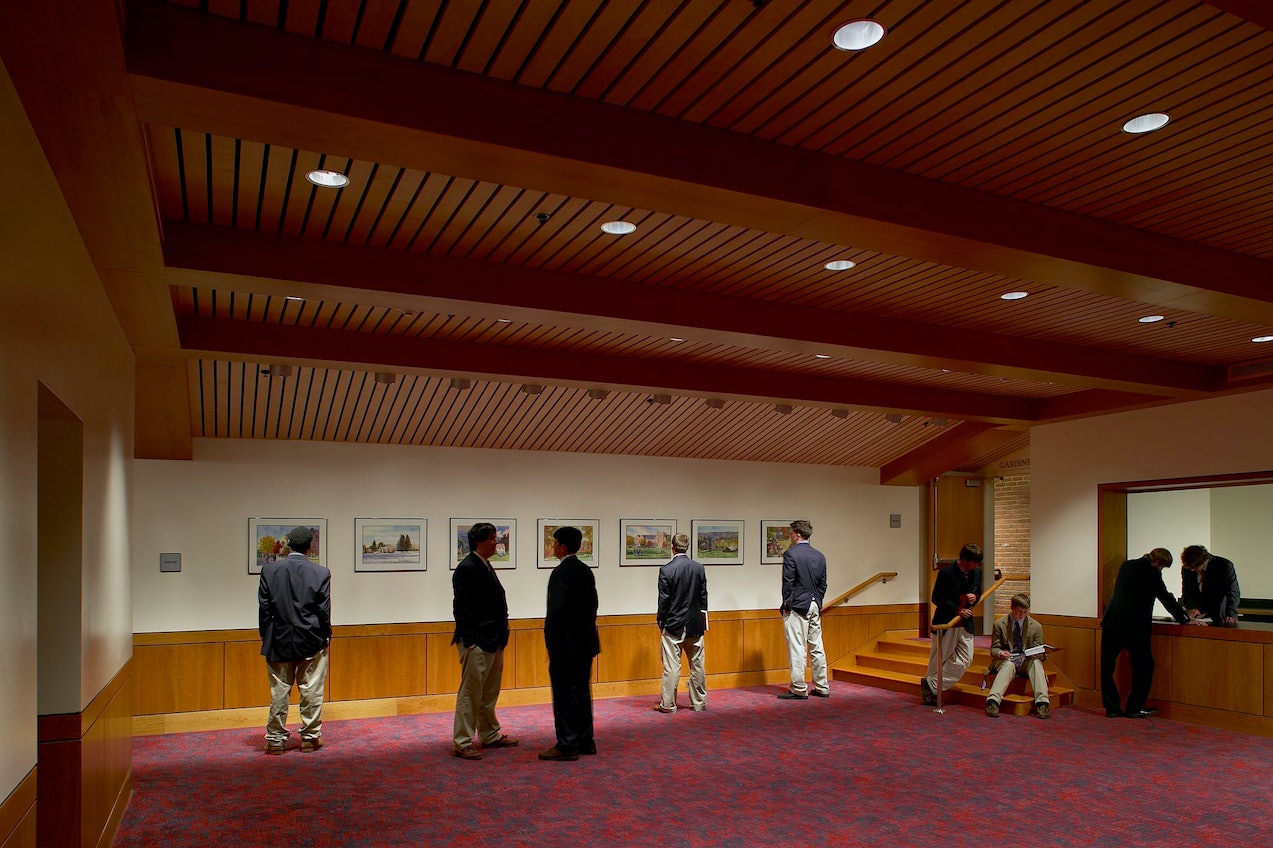 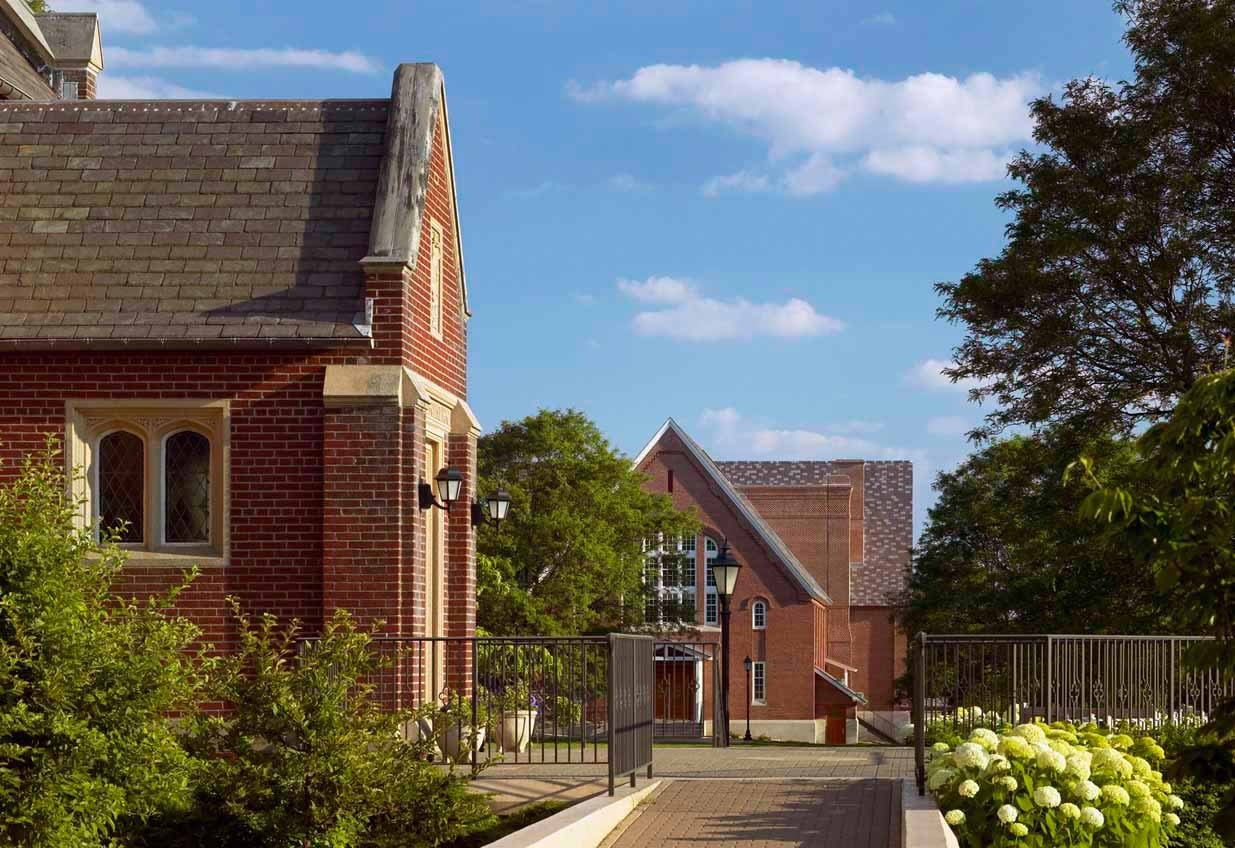 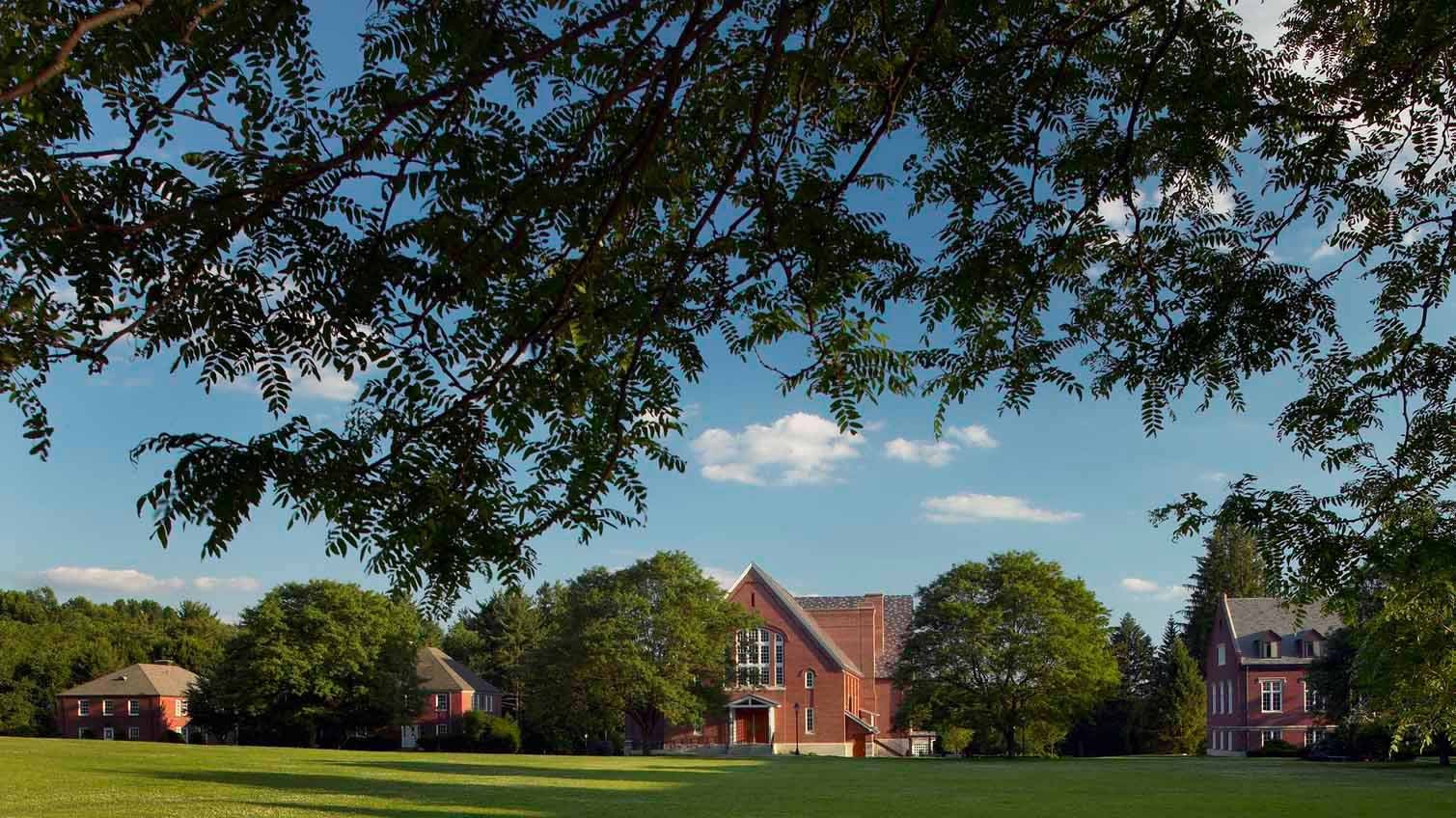 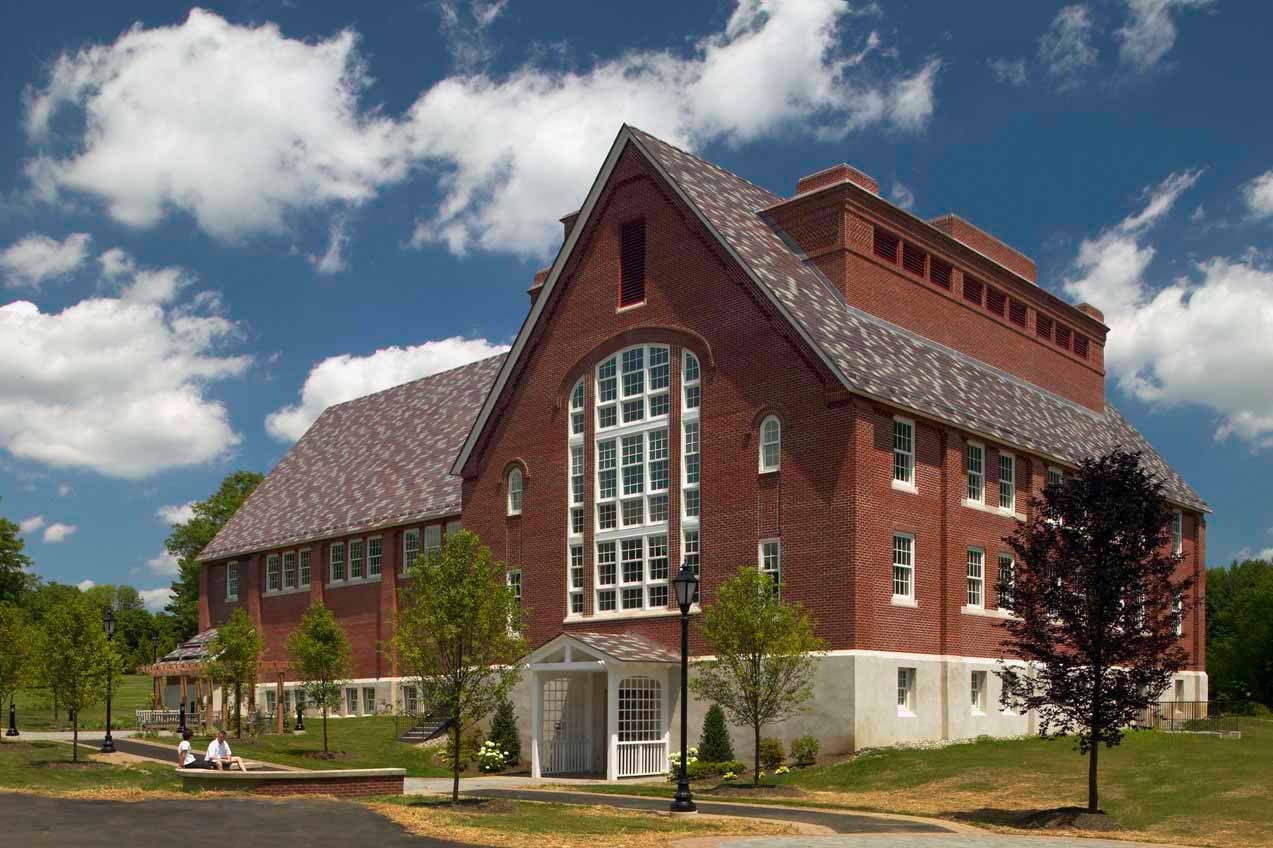 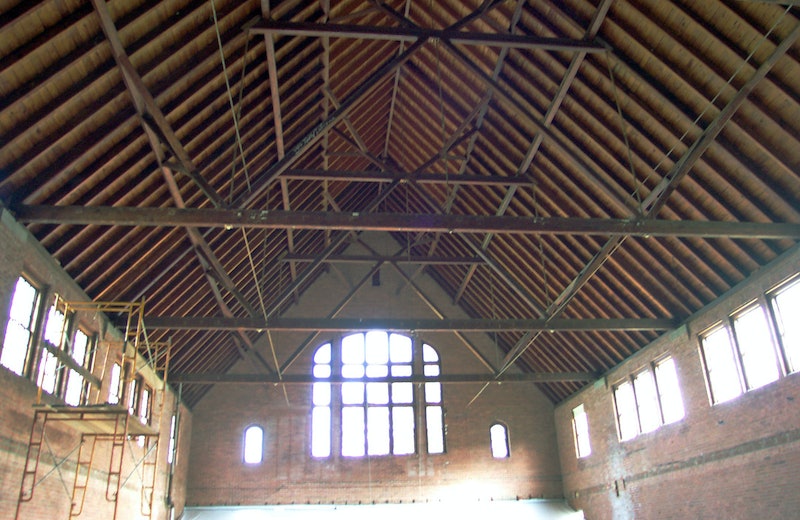 The former Trinity-Pawling gym space prior to renovation. 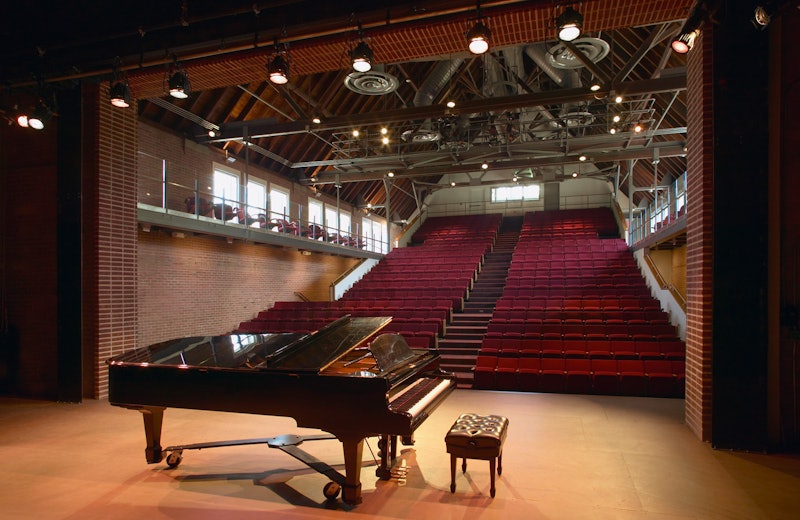 The gym transformed to an auditorium.