The program required a residence hall to house honor students at the University of Toledo in an environment conducive to study. The residence hall was to be constructed immediately, but a master plan was to be designed for the site that would include the addition of a future 200,000-square-foot academic building and a food service facility that became Sullivan Hall. 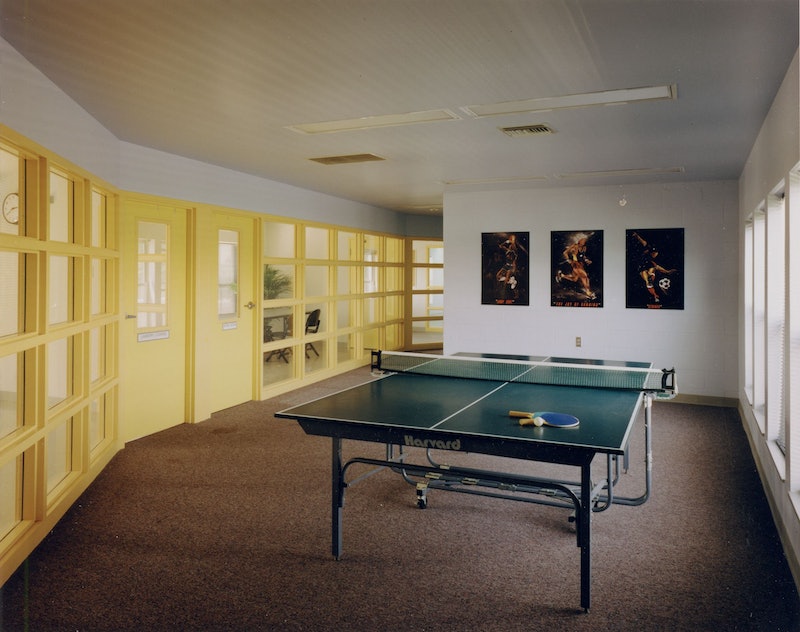 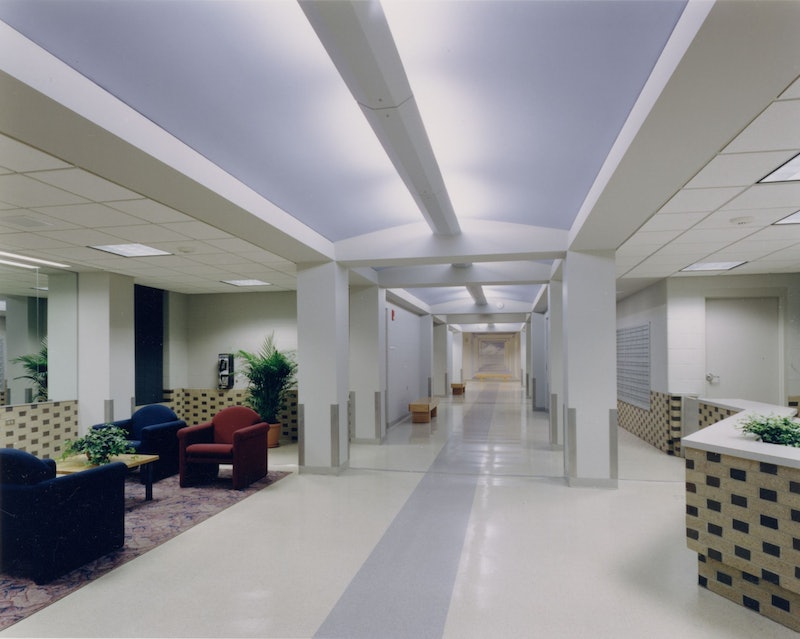 The Toledo campus is characterized by a number of fine academic Gothic buildings that preside over a campus whose principal quality is the recurring use of buff-colored native limestone. As with many college campuses, the post-war years - and especially the 1960s and 70s - brought rapid expansion and a tangle of different architectural styles, with resulting diminution in visual coherence. This residence hall, which was to be large and highly visible, was seen as a way to begin repairing the increasing number of interruptions to the fabric of the campus and to start restoring the institution's architectural identity.

A six-story building was configured east to west just south of a river with adequate space between it and the river for a foreground of open lawn and trees. The building is symmetrical, with elevators at the center flanked by rooms accommodating forty students per side around large bathrooms and shared living rooms. The future academic building and food service wings are placed on the south side of the building to form a cloistered courtyard small enough that all three buildings can come together as a unity. The opening between the residence hall and the academic building is shaped into a gateway that provides the complex with a second point of entry. 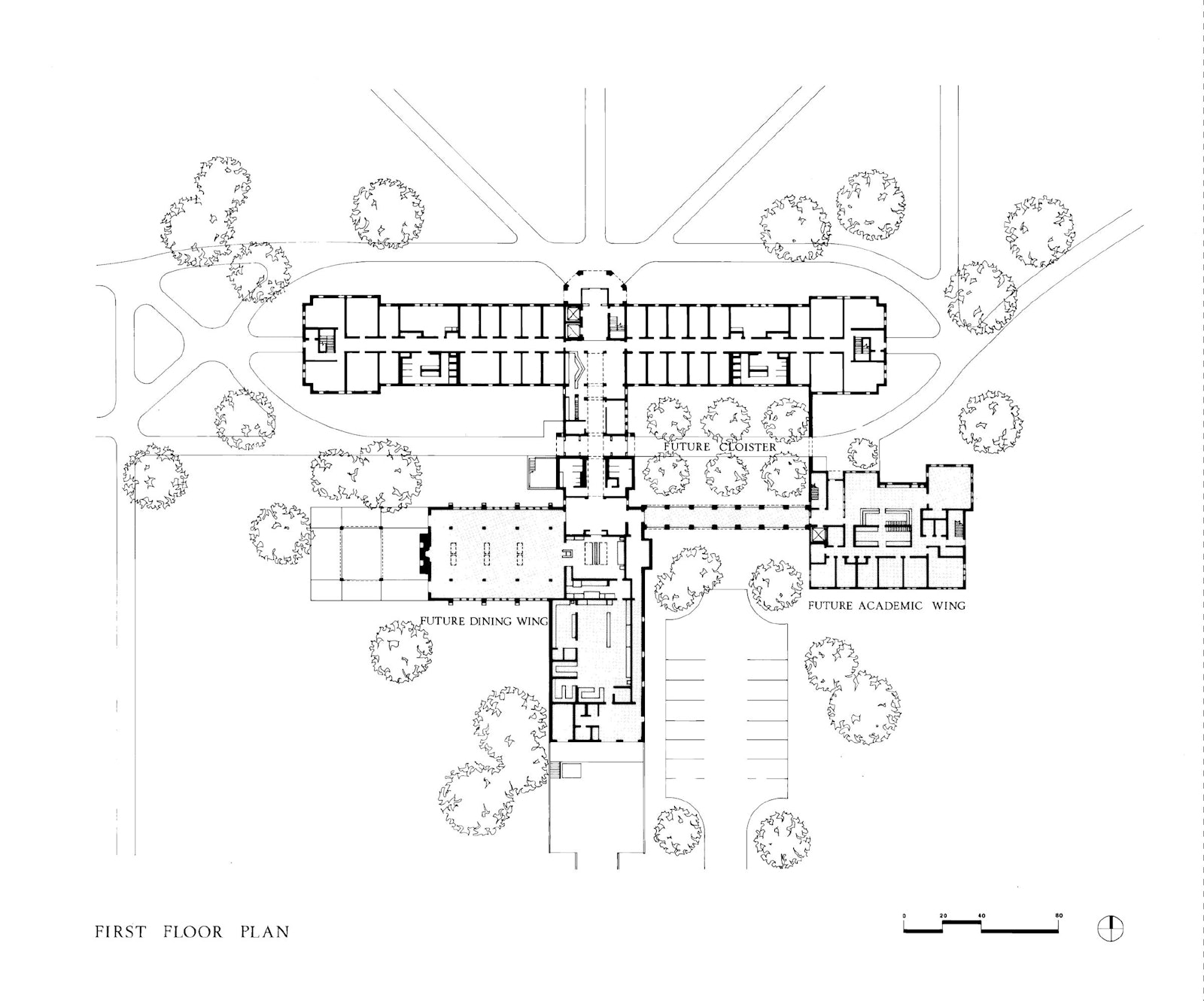 The principal exterior material is a buff-colored brick that harmonizes with the limestone of the university's old buildings, but with the water table rendered in a light and dark pattern of Flemish bond. The residence hall is given steep roofs and Neo-Gothic proportions so it seems connected to the old structures, but its special use of anodized aluminum makes it stand out. The building's roof is aluminum as are the elements that in the 14th or 19th centuries would have been rendered in cut stone, such as window frames and sills, the water table's deep cornice, and the building's tall chimneys. The resulting sharply carved modern details change in light and shadow reminiscent of the high relief stone profiles of the traditional collegiate Gothic buildings. The building's metallic surfaces also are detailed with flush joints, so that what in stone would have been highly articulated in contrasting light and shadow is here abstracted into a featureless but snappy sheen - a move that injects the dimension of ambiguity into an otherwise simply understood form.

Centerbrook was design architect, and Seyfang, Blanchard, Duket, Porter was architect of record. 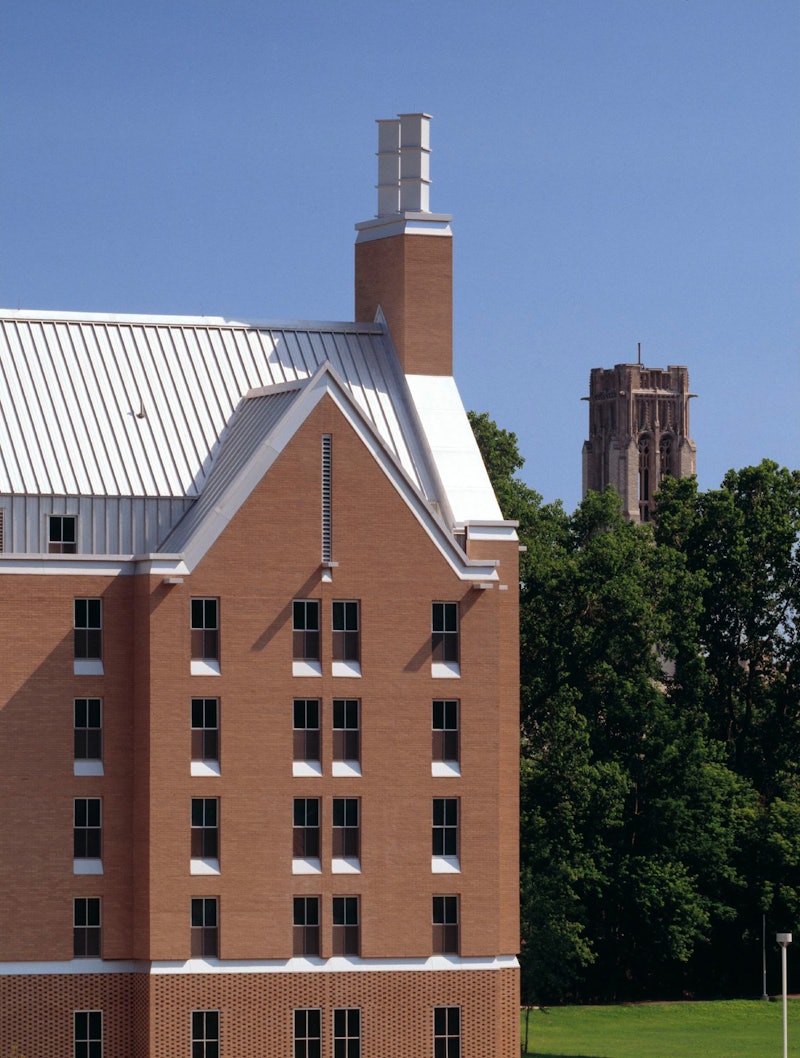