This is a summer house on the south shore of Cape Cod. It is for a couple for whom we had designed a residence in Cleveland Heights, Ohio, three years earlier. This time the request from our clients was to build a house that would not only take in the westward panorama of beach, ocean, and sunset but also rise above the treetops to gain views to the east of a small, boat-filled harbor while keeping within the scale of nearby houses. Additionally, the house was to accommodate more than a dozen relatives (including small children), and our client’s desire for a playful vacation house with a feeling of being at the shore. It also had to be designed to withstand a hundred-year flood (which it did, twice, in the summer and fall of 1991). 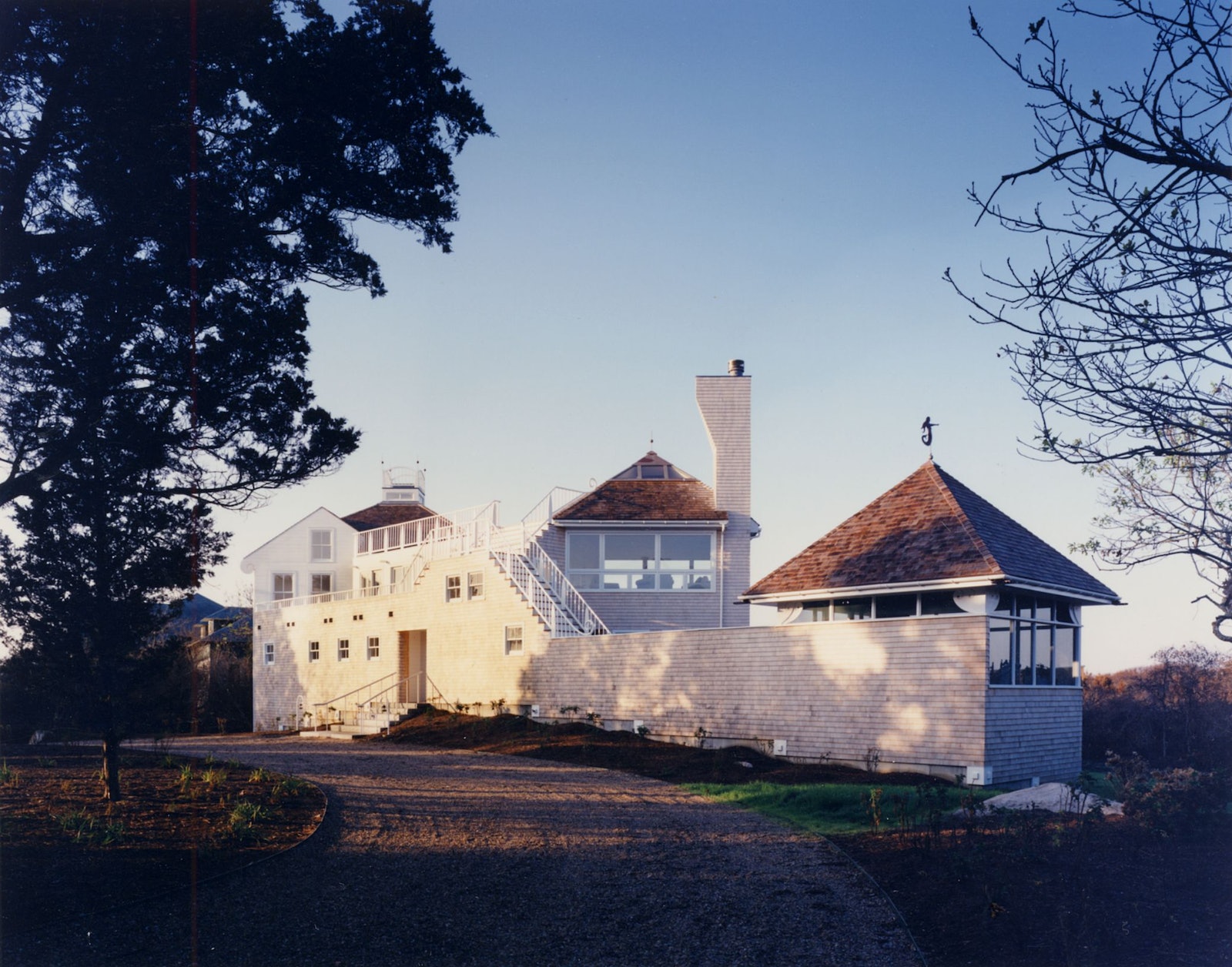 The house was envisioned as a fantastic ship, with berths inside and decks at different levels outside. The screened Bow House takes its place at the prow, backed by two pavilions devoted to entertainment and relaxation, respectively. Below the raised first floor, an open space spreads out amongst the piers which raise the house above flood level. Ballasted with mounds of sand and large boulders, this belly of the “ship” is a place of exploration for the children. 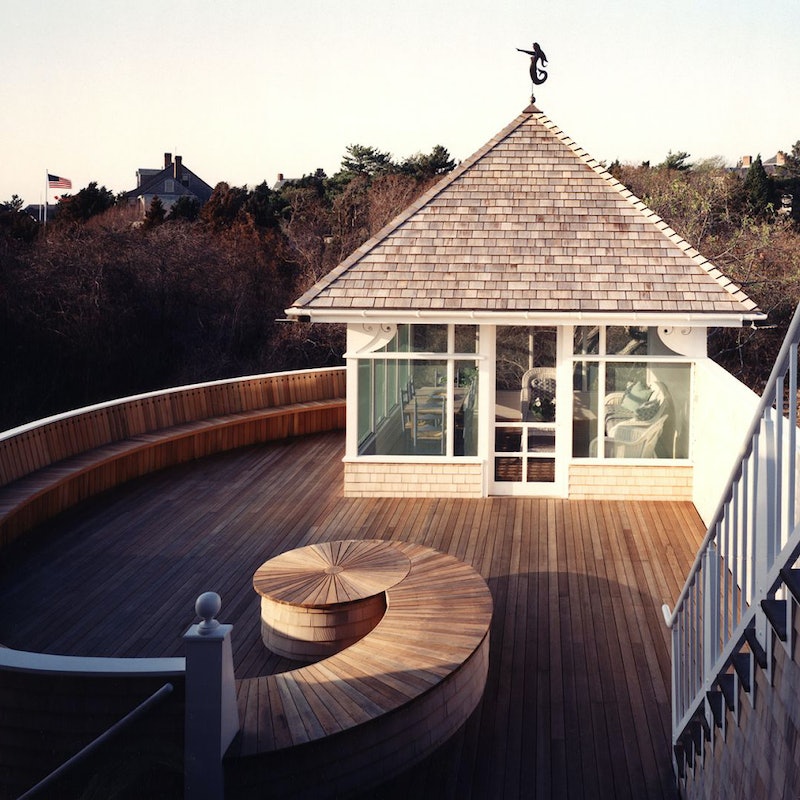 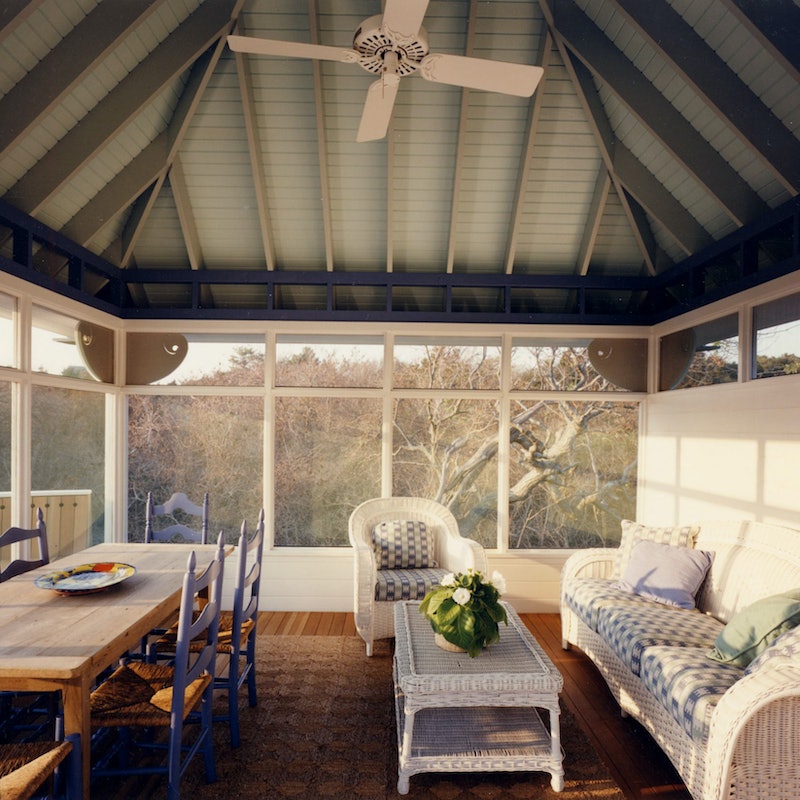 The first floor, devoted to living spaces and a master bedroom suite, is distinguished in its open interior, the focus of which is a magical children’s room and fireplace decorated with seashells. The room’s shallow domed ceiling swirls with celestial bodies, while fantasy fish dive over the mantel. The second floor contains guest quarters and a skylit living room with sweeping views to the west of the ocean. The pinnacle deck, atop all, commands a 360-degree view of harbor and ocean. All this, we hoped, would create a sense of threshold similar to the Cleveland Heights house. But here, instead of entering into a private enclave, you are embarking on a voyage. 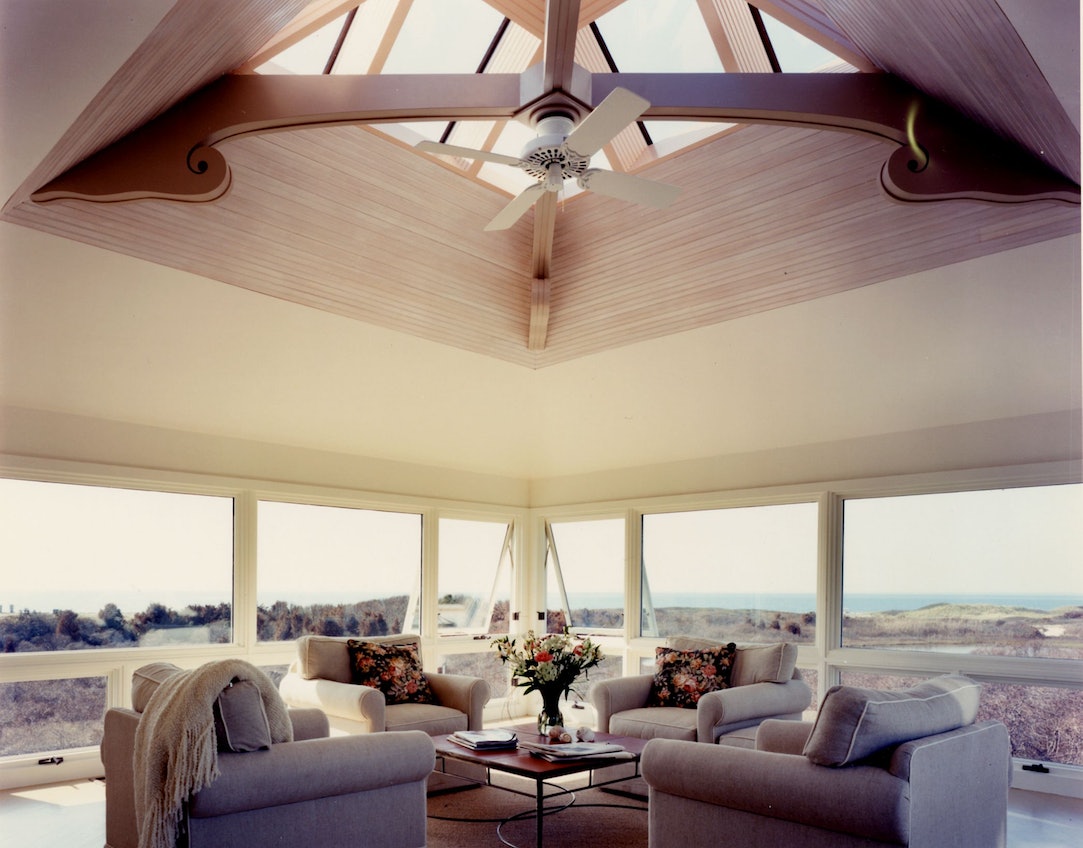 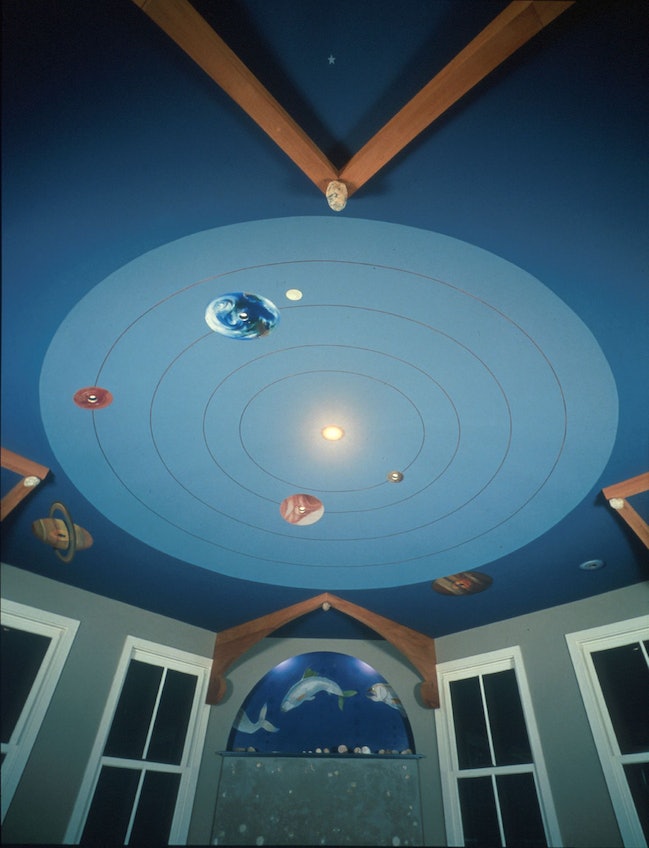 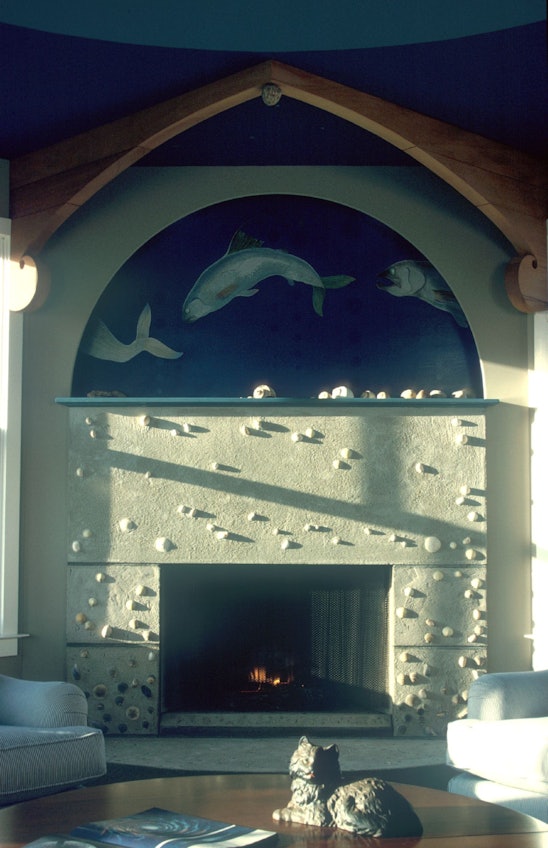 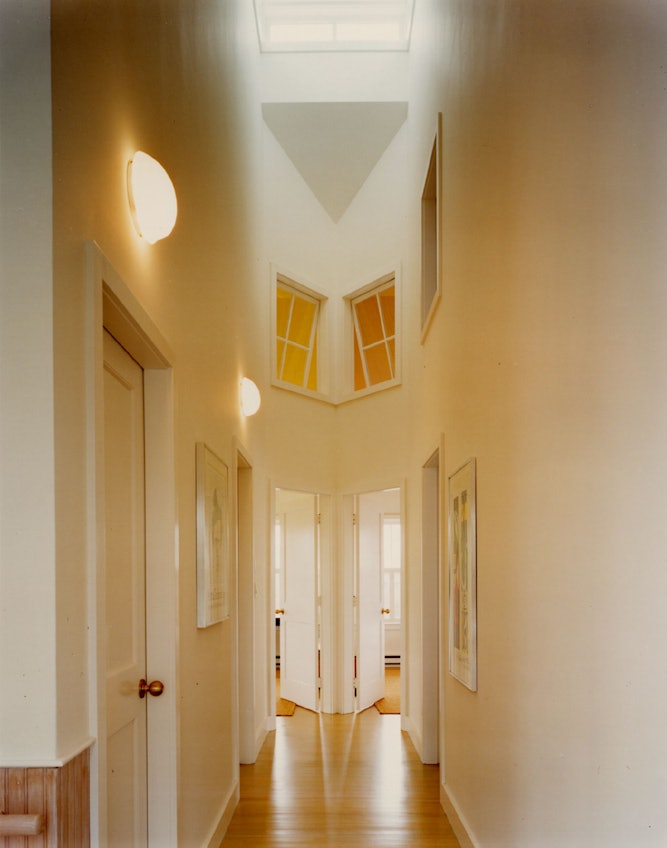