Centerbrook was commissioned by private art collectors to transform a vacant physical rehabilitation facility on a peninsula along Rhode Island’s Pawcatuck River into a museum for their Impressionist paintings. The galleries will welcome the public to a cultural destination that also makes dramatic improvements to its waterfront setting.

As the rehab facility evolved during the 20th century, its property became increasingly dominated by asphalt parking lots. Centerbrook’s design restores the landscape with meadow grasses that create a natural setting like those captured by the Impressionist painters. Its renovated exterior, with walls enlivened by rhythmic vertical battens, shakes off the institutional feel as it settles into the riverside surroundings with nautical blue siding and soft gray metal roofs. 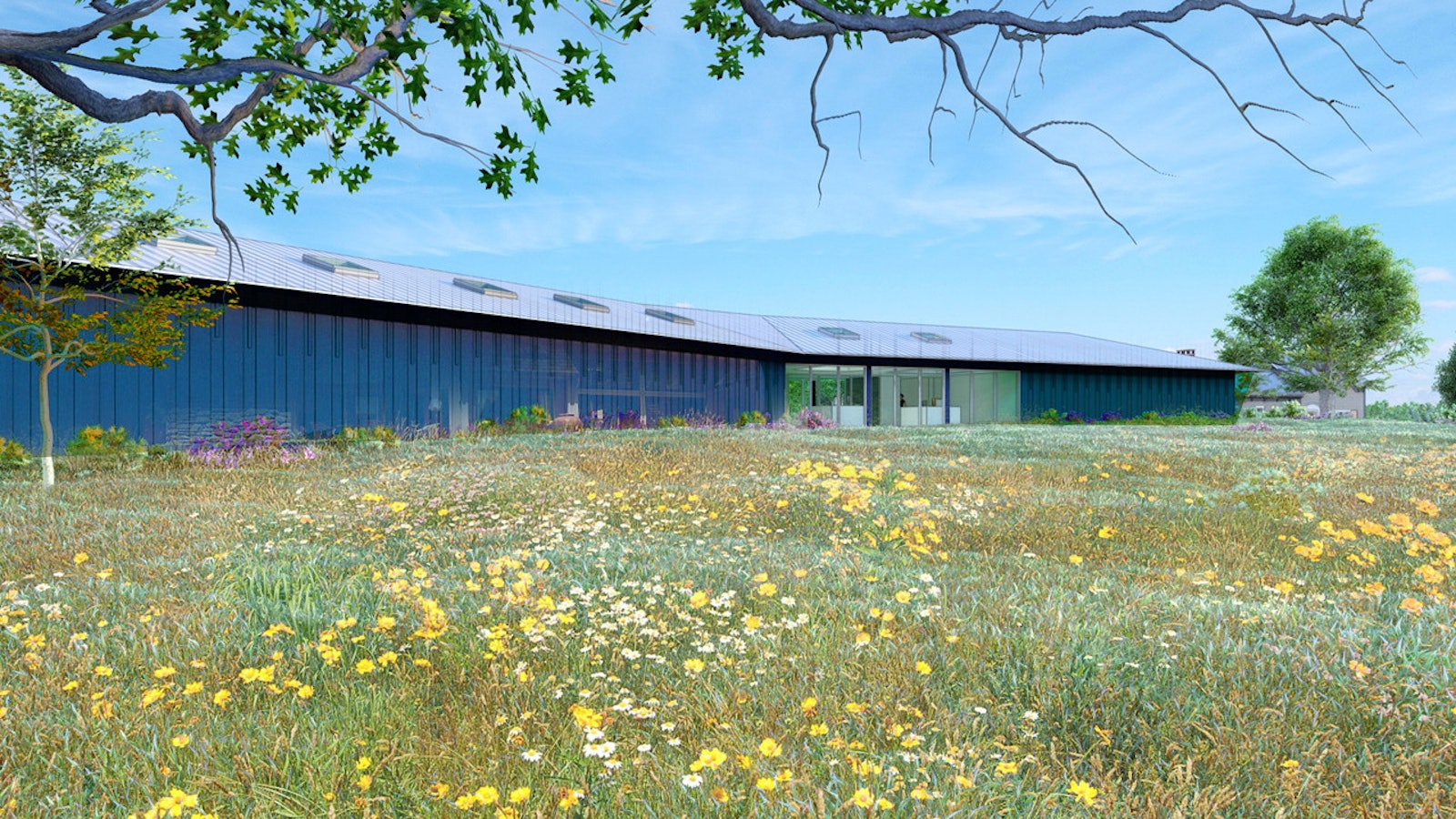 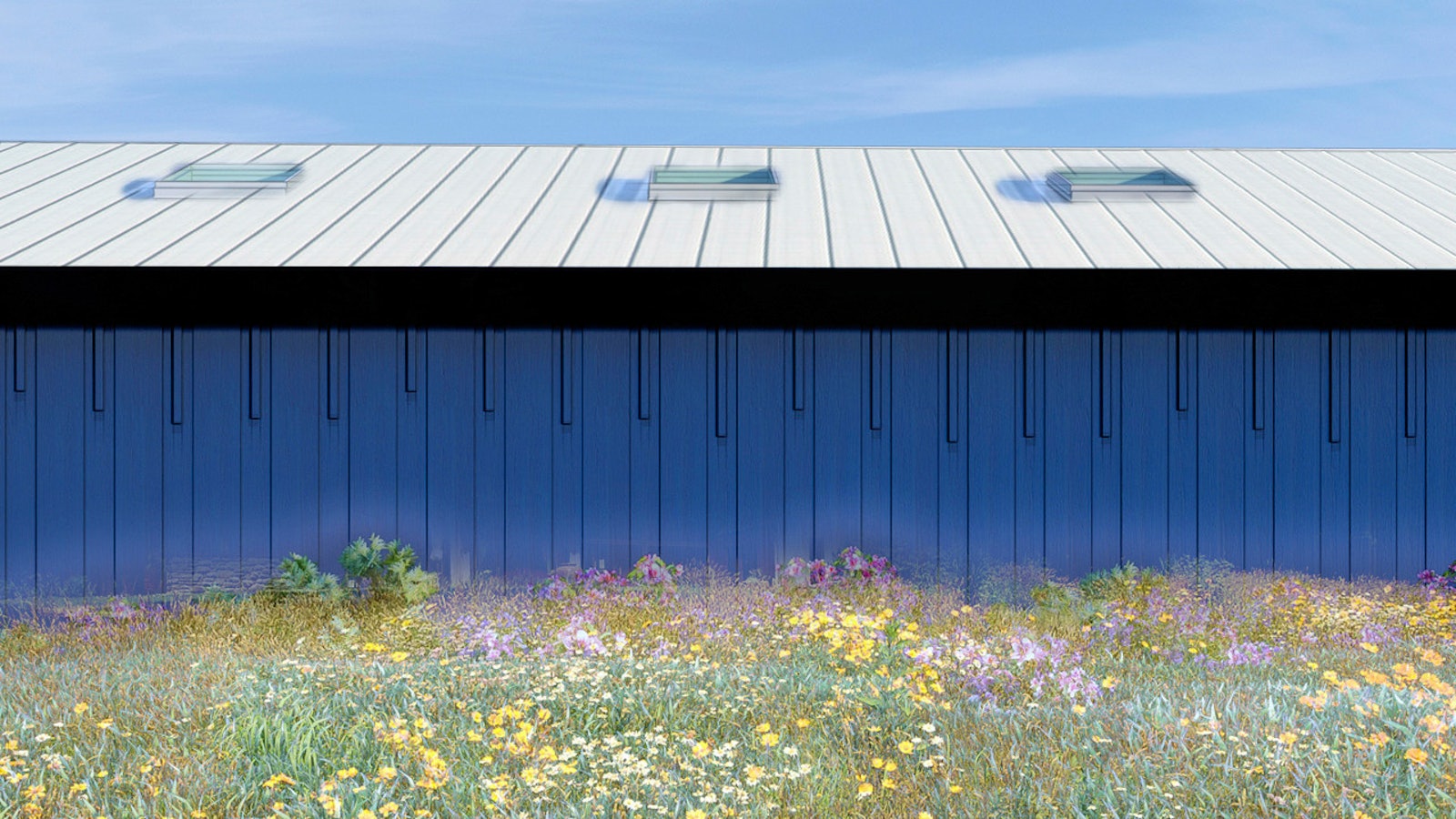 Inside, the museum’s 20,000-square-feet are reinvented to house 13 galleries accommodating both the permanent collection and temporary ones. Three wings splay out from a lobby and museum shop, two housing galleries and one devoted to offices and patron services. An events space at the end of one gallery wing opens to a deck facing the river, while an art studio bookends the other.

The building’s existing flat ceilings are selectively carved out and lifted up to introduce controlled natural light to the galleries from new skylights. Throughout the museum, discretely framed views of land and water are presented; they act as ever-changing living works of art, a complement to the Impressionist works hung on the gallery walls. 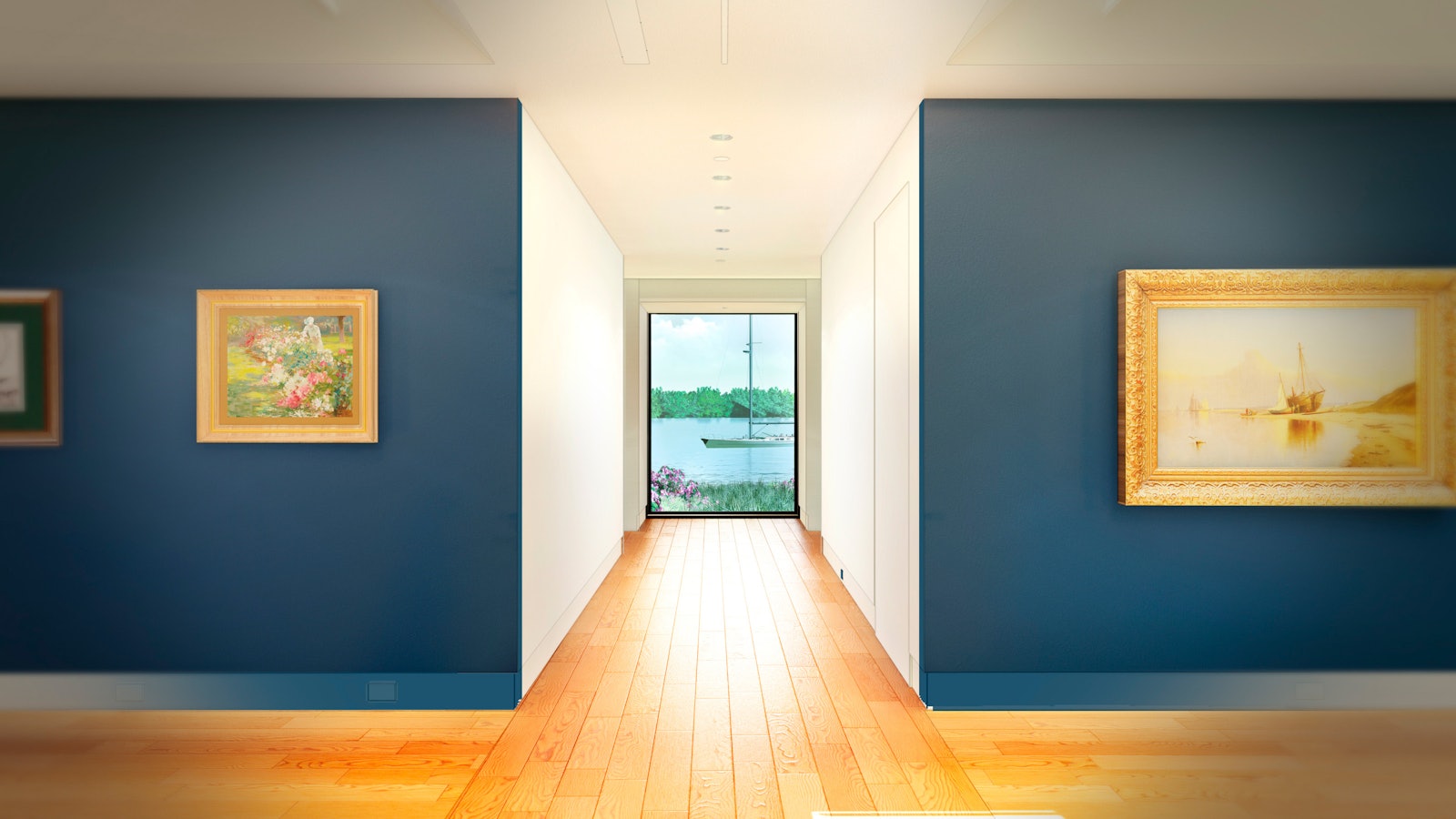 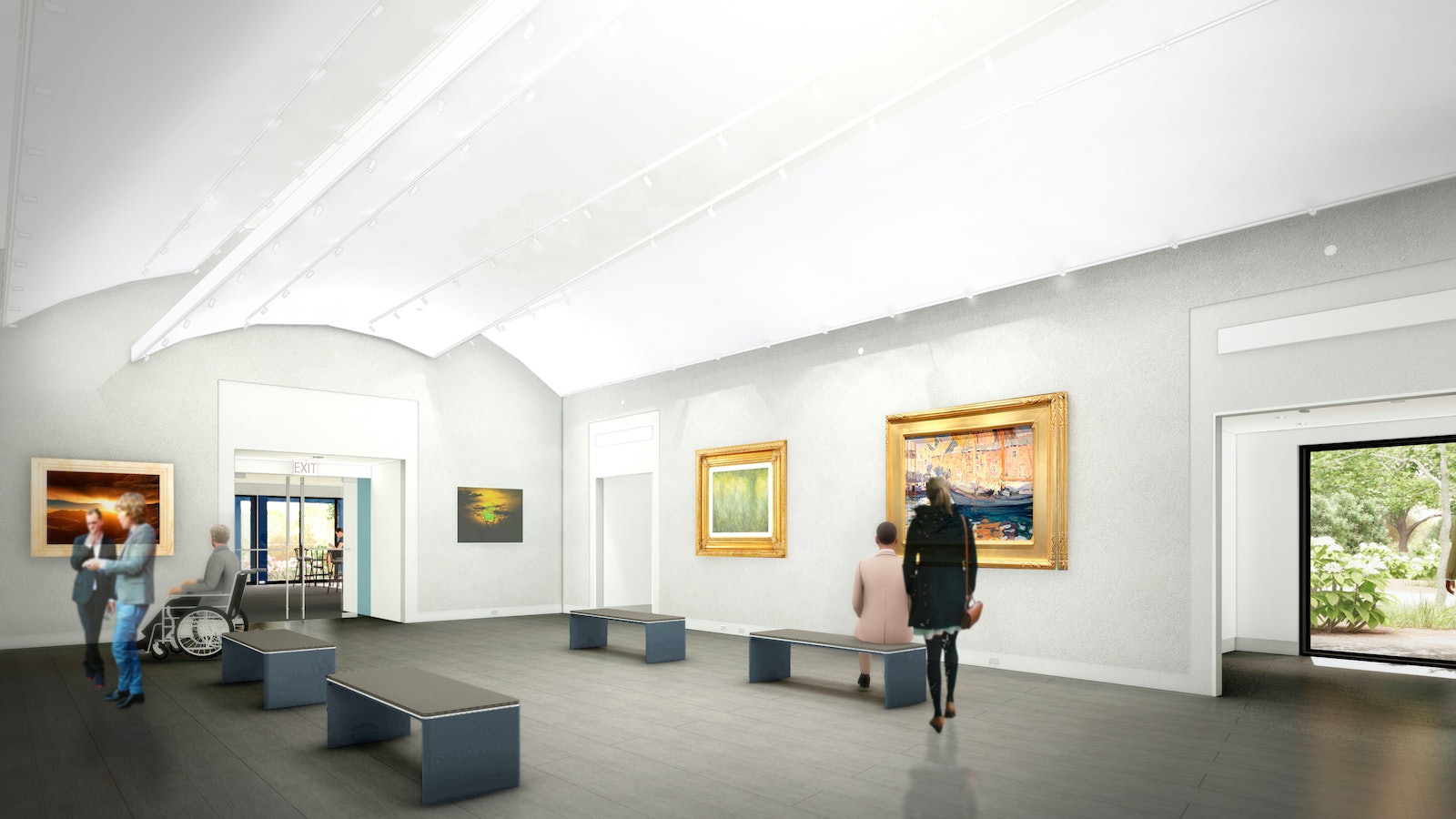 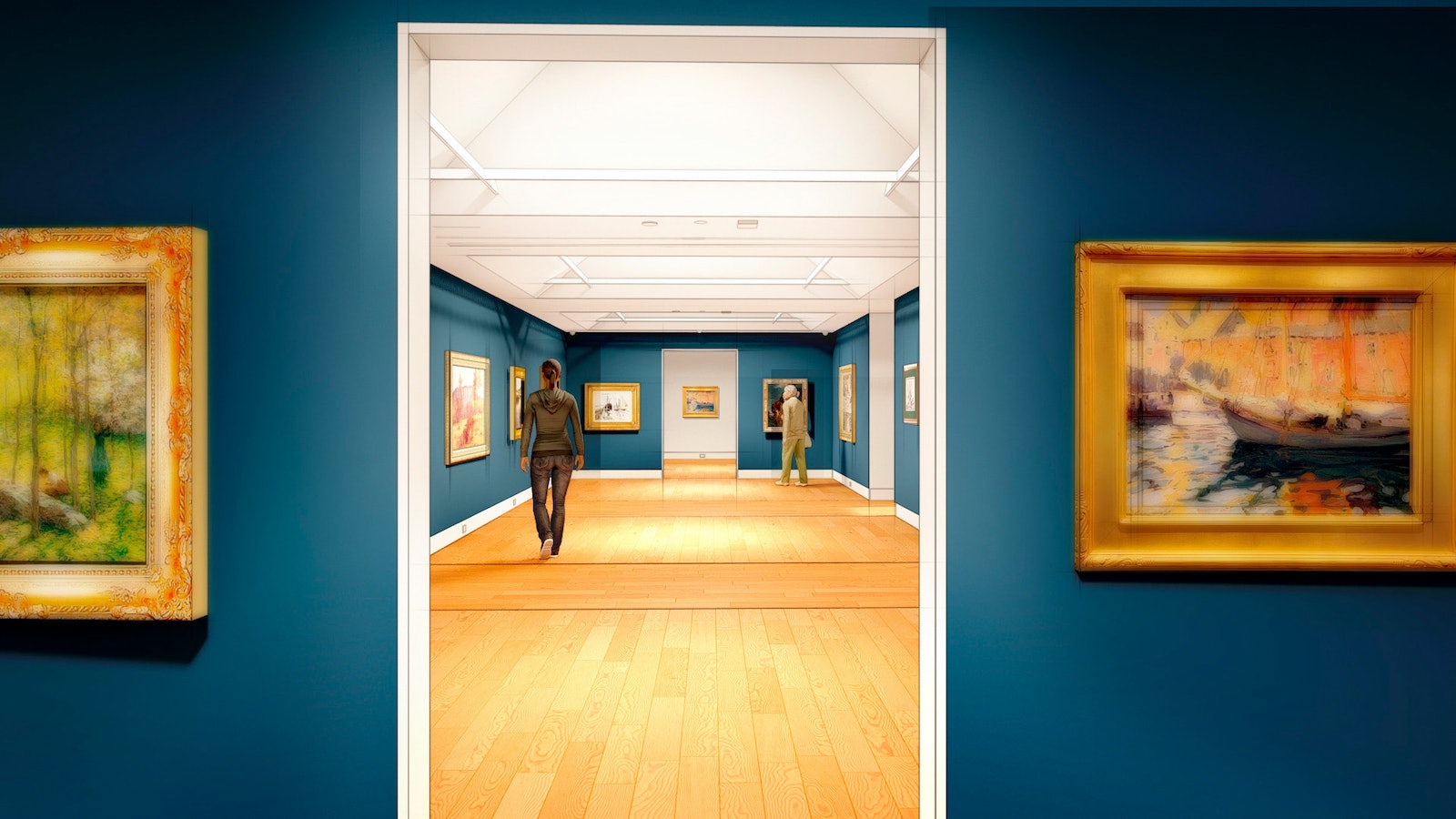 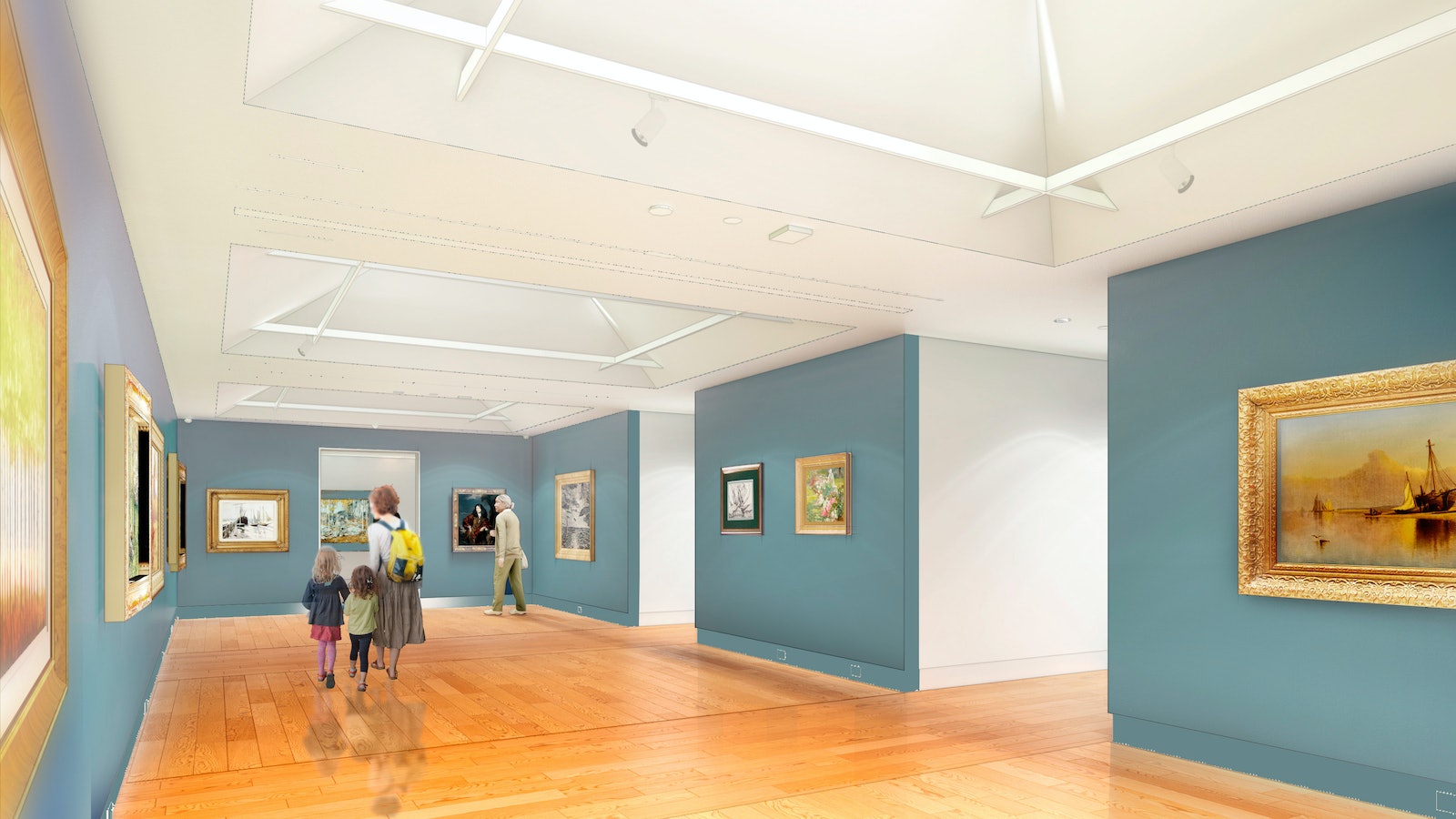