A master plan was developed and implemented for the Yale’s Derby Avenue Athletic Campus in New Haven that encompasses the historic Yale Bowl football stadium as well as facilities for varsity tennis, soccer, and lacrosse. 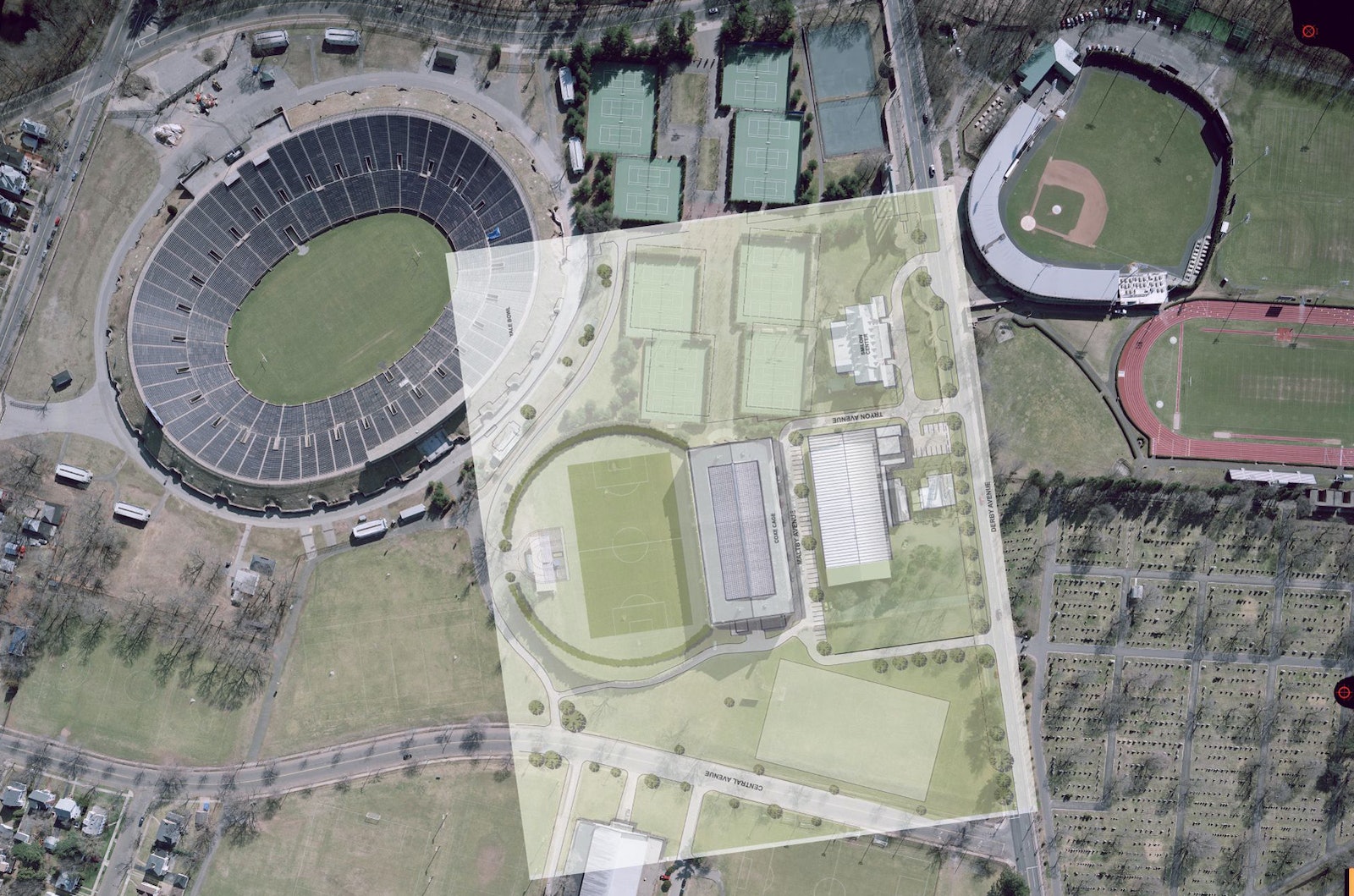 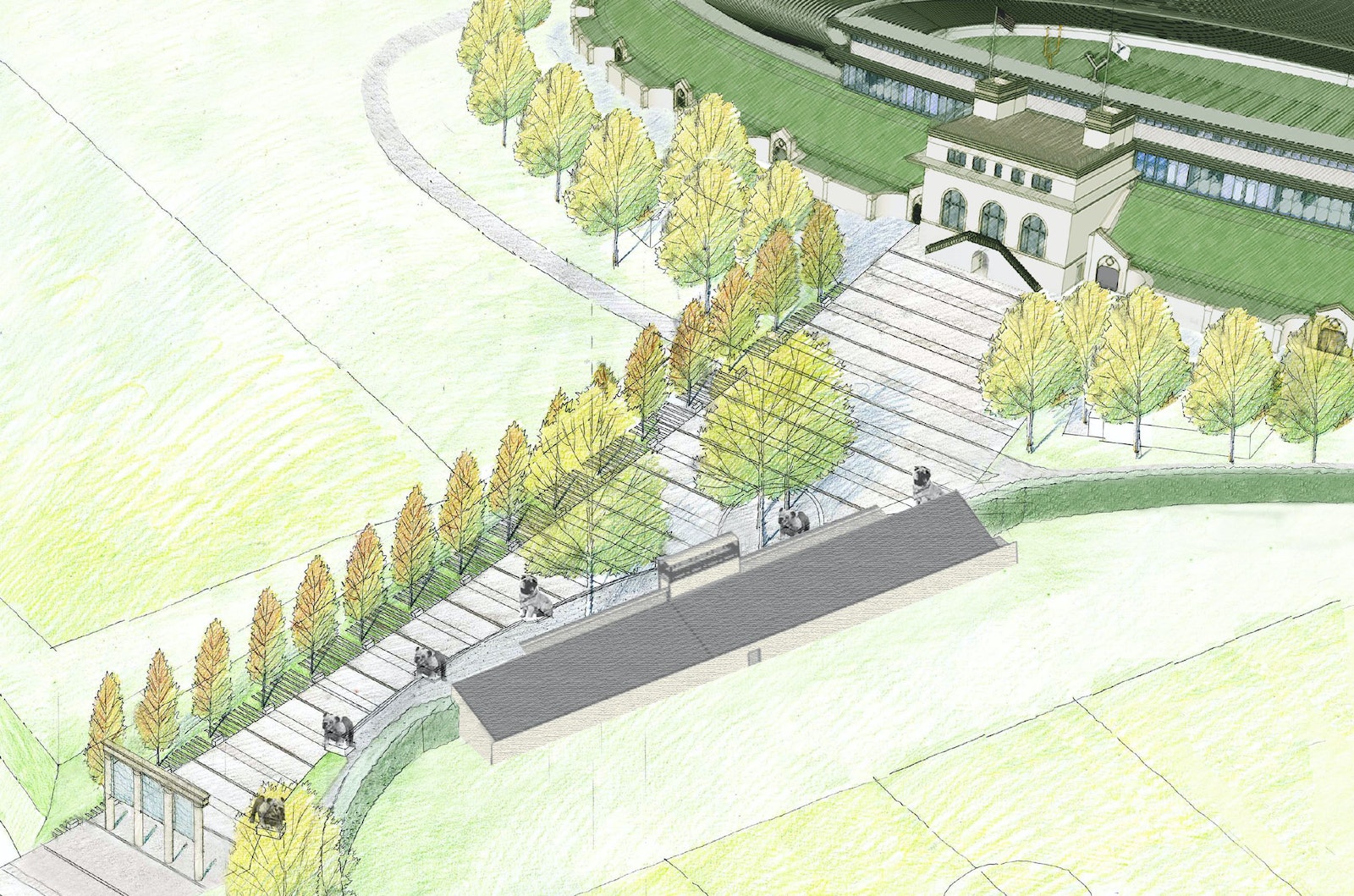 The plan was spurred by the restoration of Yale Bowl for its 100th anniversary. Yale’s need for improved sports venues, and radical changes in the way people reach the area. When the Bowl first opened students would arrive in trolleys along Derby Avenue, and Yale built the grand Walter Camp Gate along the Avenue to greet them. Now the street is a highway, and fans arrive by car and park in fields across Central Avenue to the west.

Centerbrook’s master plan, designed in collaboration with Stephen Stimson Associates, Landscape Architects, envisioned a great pedestrian “Spirit Way” leading from the Central Avenue to the Bowl, where two plazas and the new Reese Stadium provide places to meet before and after games. Reese includes the complex-wide ticket booth and a concessions stand. Facing each other, the courtyards have tied the separate structures into an athletic village. 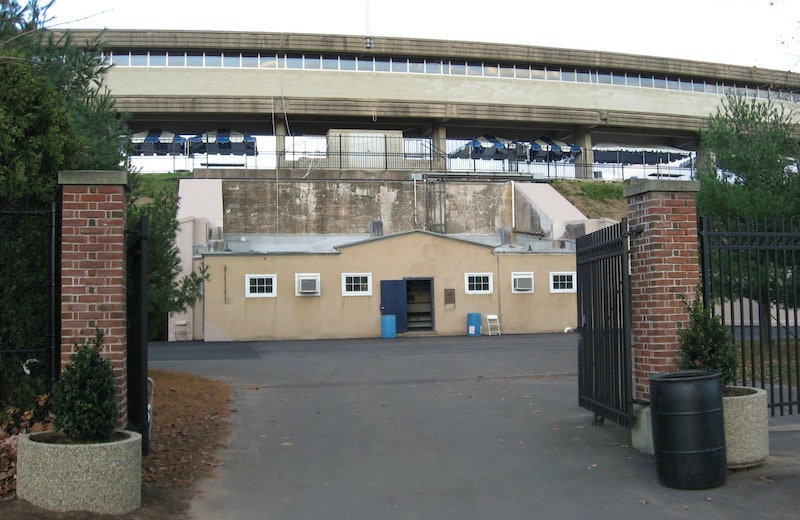 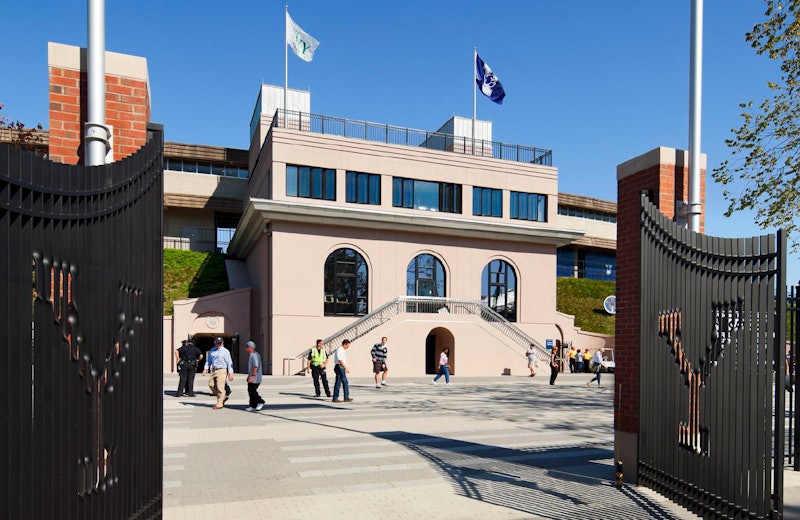 Most of the master plan has been implemented, delighting spectators and attracting top athletes and coaches to Yale. Opened in 2009, the three-story Kenney Center creates a formal entry for the Yale Bowl, a feature that has been lacking since it opened in 1914. New team and training rooms provide the players with a place to meet at halftime, and an alumni reception lounge and green roof deck on the top floor overlook both the football field and tailgating in the parking fields.

Leading to the Kenney Center, Jensen Plaza bears the names of all Yale “Y” recipients – carved in Mount Airy Granite – who have competed for the Bulldogs since the inaugural team in 1872. Outside two new grand ‘Y’ gates, a larger than life bronze statue of Handsome Dan, Yale’s fabled bulldog mascot, welcomes the faithful. Centerbrook masterminded a scanning and “printing” of the original Handsome Dan, which had been taxidermied by its true blue student owner in 1892. A grand double stair leading into the Kenney Center compliments these notable features to establish a celebration site for Yale sports in the heart of the athletic campus. 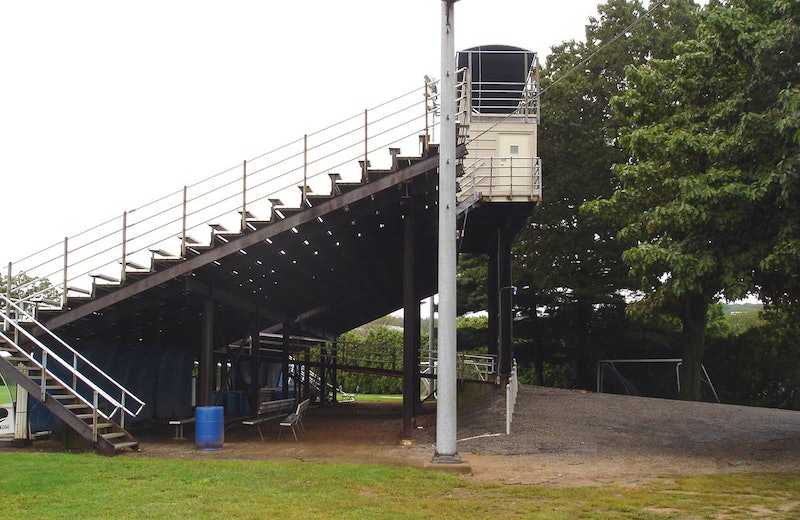 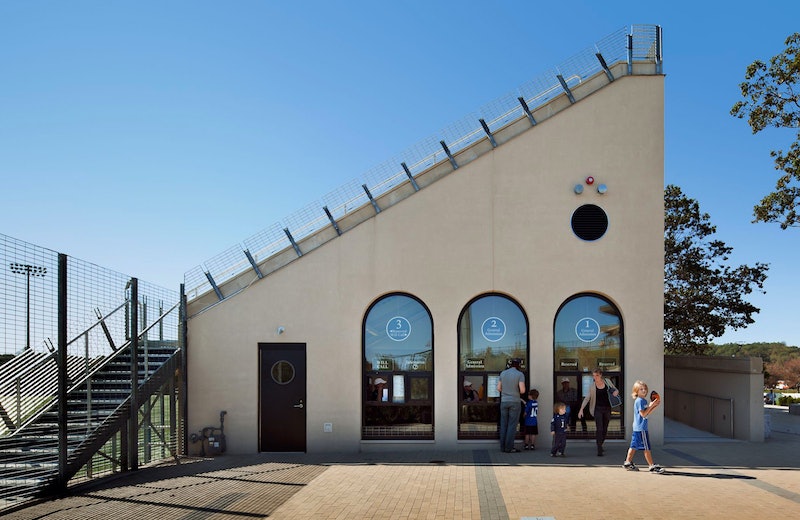 Opened in 2008, the Cullman-Heyman Tennis Center expanded and renovated the existing indoor venue, doubling the number of courts from four to eight and adding a new central viewing lobby with a welcoming arched entry canopy. The re-born center is widely credited with bringing prestigious tournaments, such as the Intercollegiate National Indoor Tennis Championship, to Yale. It was named the 2009 Indoor Tennis Facility of the Year Award by the American Sports Builders Association, and the U.S. Tennis Association recognized it with an Outstanding Facilities Award. 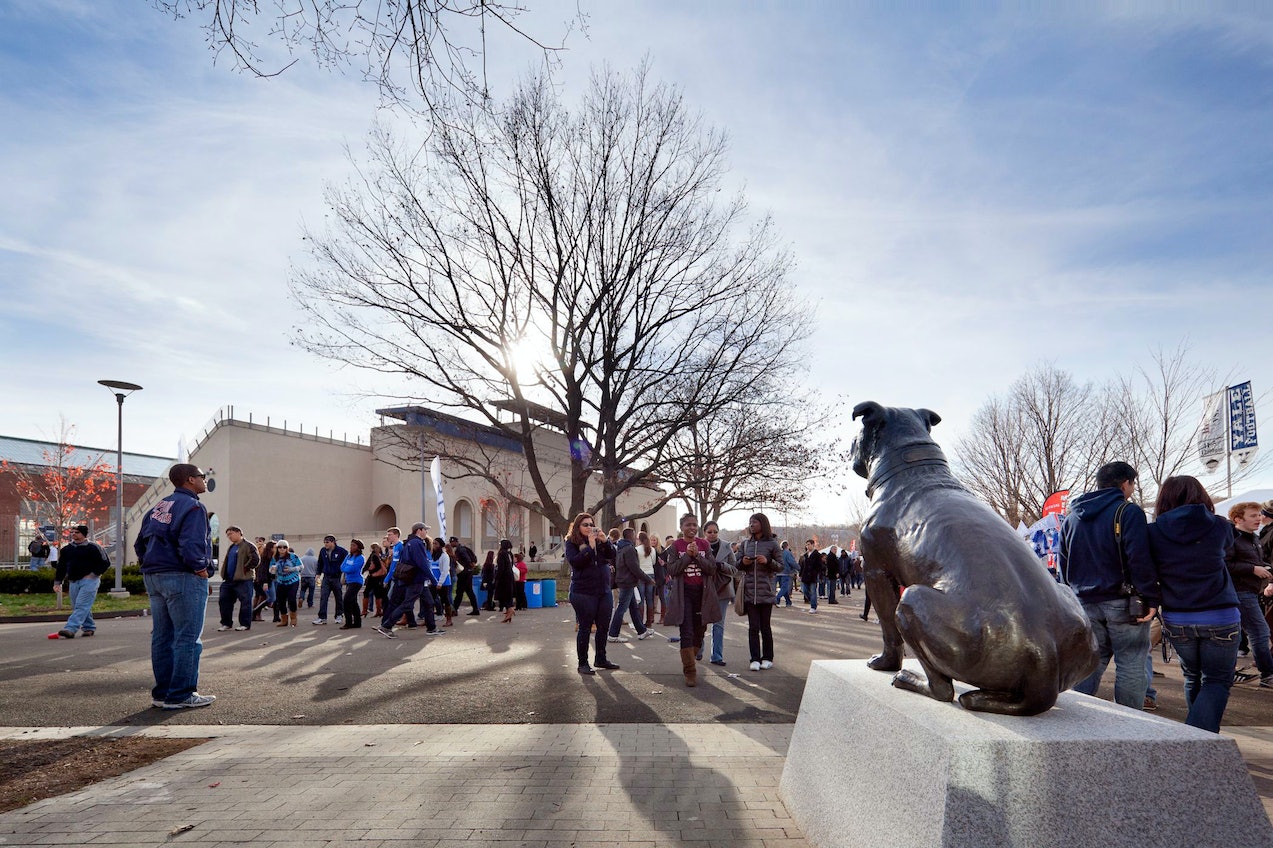 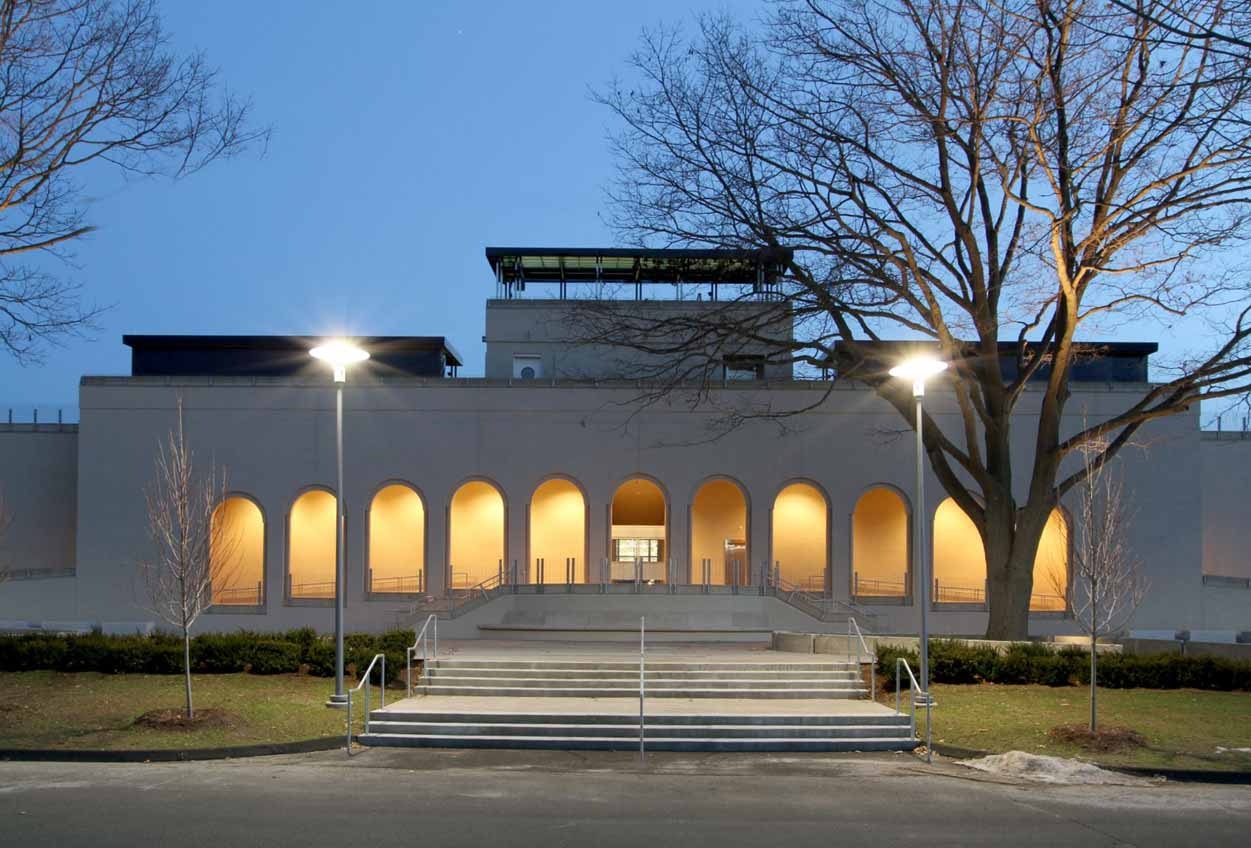 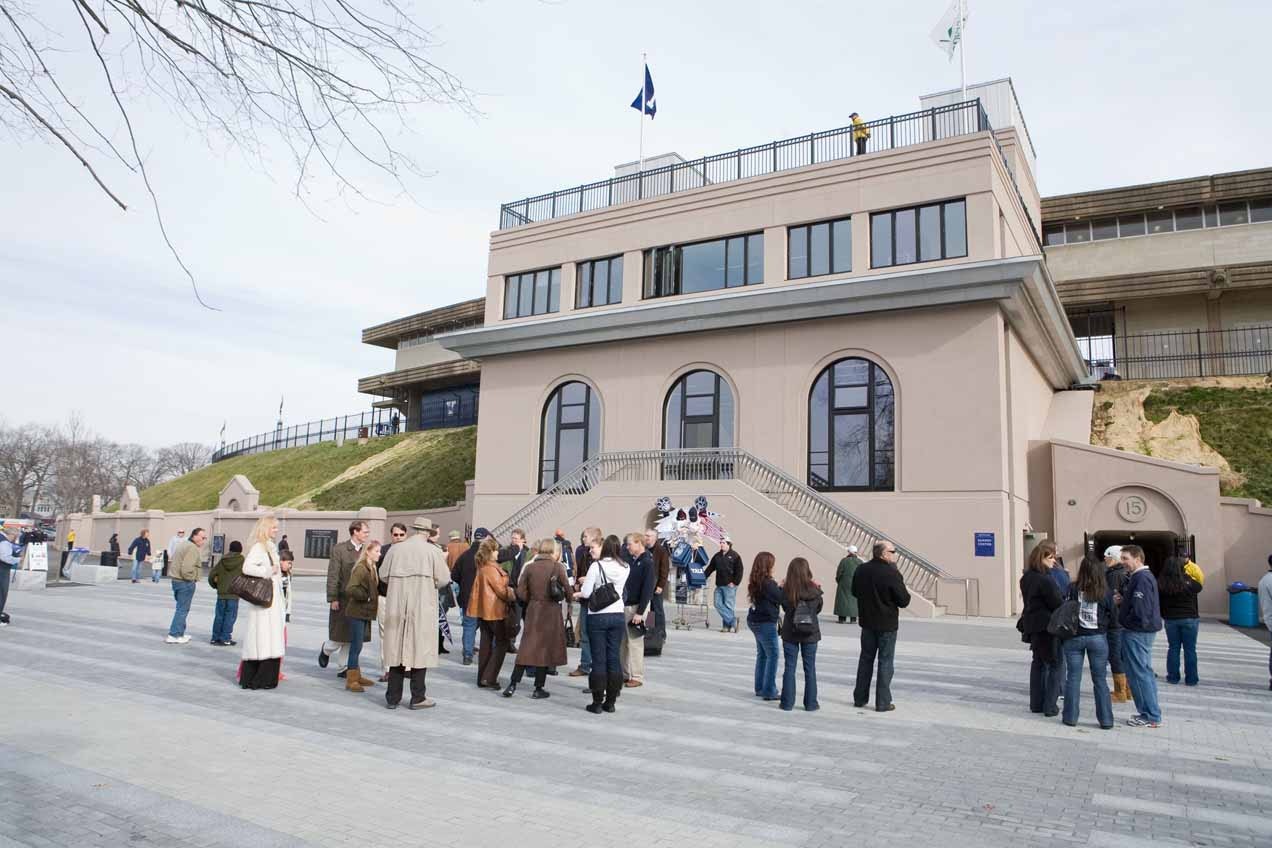 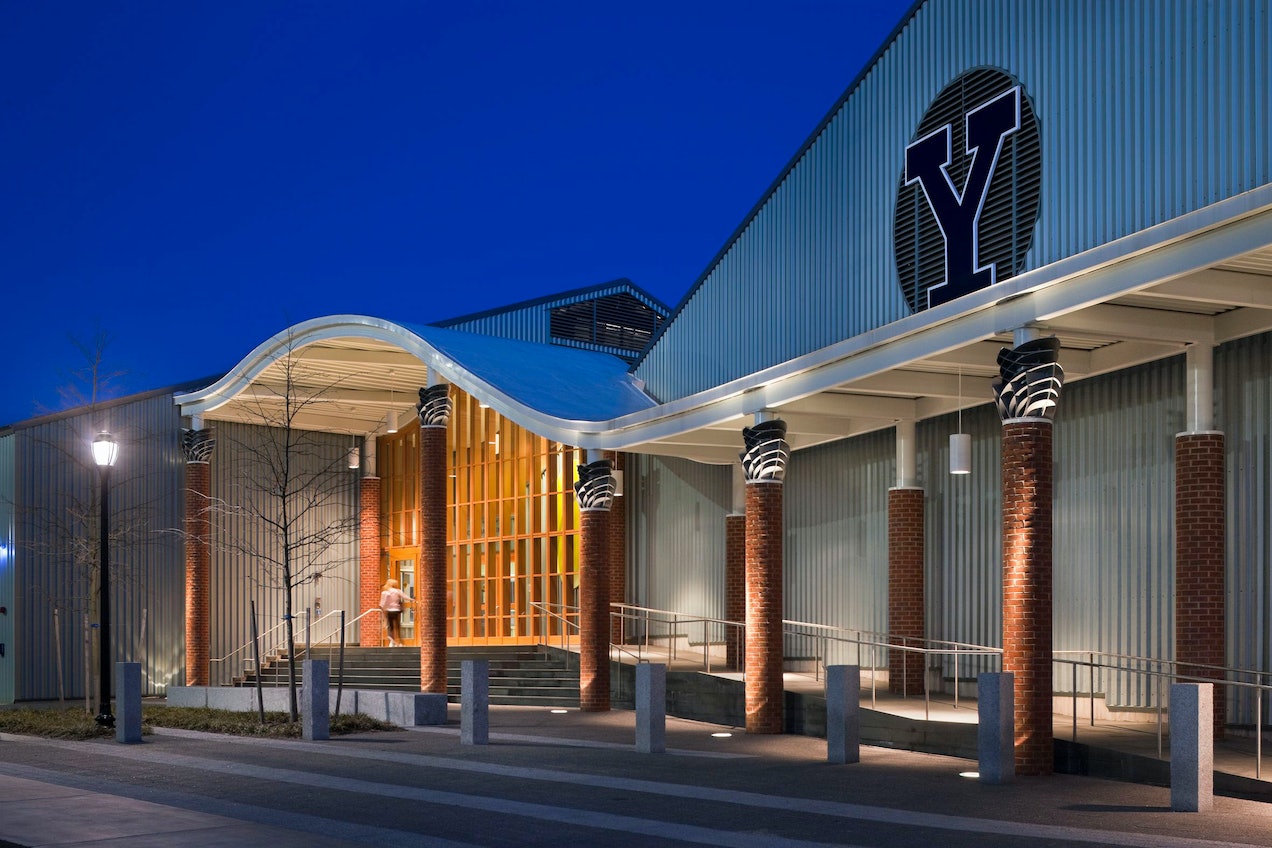