8 Prospect Place was designed as a temporary building to provide swing space for the Yale University Political Science Department while permanent buildings were planned. To meet the client's limited budget and schedule, factory-built modular buildings were used, the first of their kind on the Yale campus.

Twenty-one units were trucked to the site from Milford, Connecticut. These sat on concrete piers to minimize site work. The units were clad with metalflake-painted corrugated steel panels on site. The roofs of the units sloped lengthwise to drain into pipes hidden between interior walls. Rooftop heating and cooling units hide behind long low walls clad in corrugated metal matching walls below.

The building was arranged as three long bars stepping around an entry court and porch. The entrance was on axis with the perpendicular leg of Prospect Place, welcoming visitors, and giving the entry and waiting room the long view they deserve. The low mass of the building kept it modest despite its shiny presence. Sleek ribbon windows slid by each other in Fibonacci rhythms to give the building a sense of speed. This all offered a twinkle of good humor despite the building's impermanence and humble beginnings. 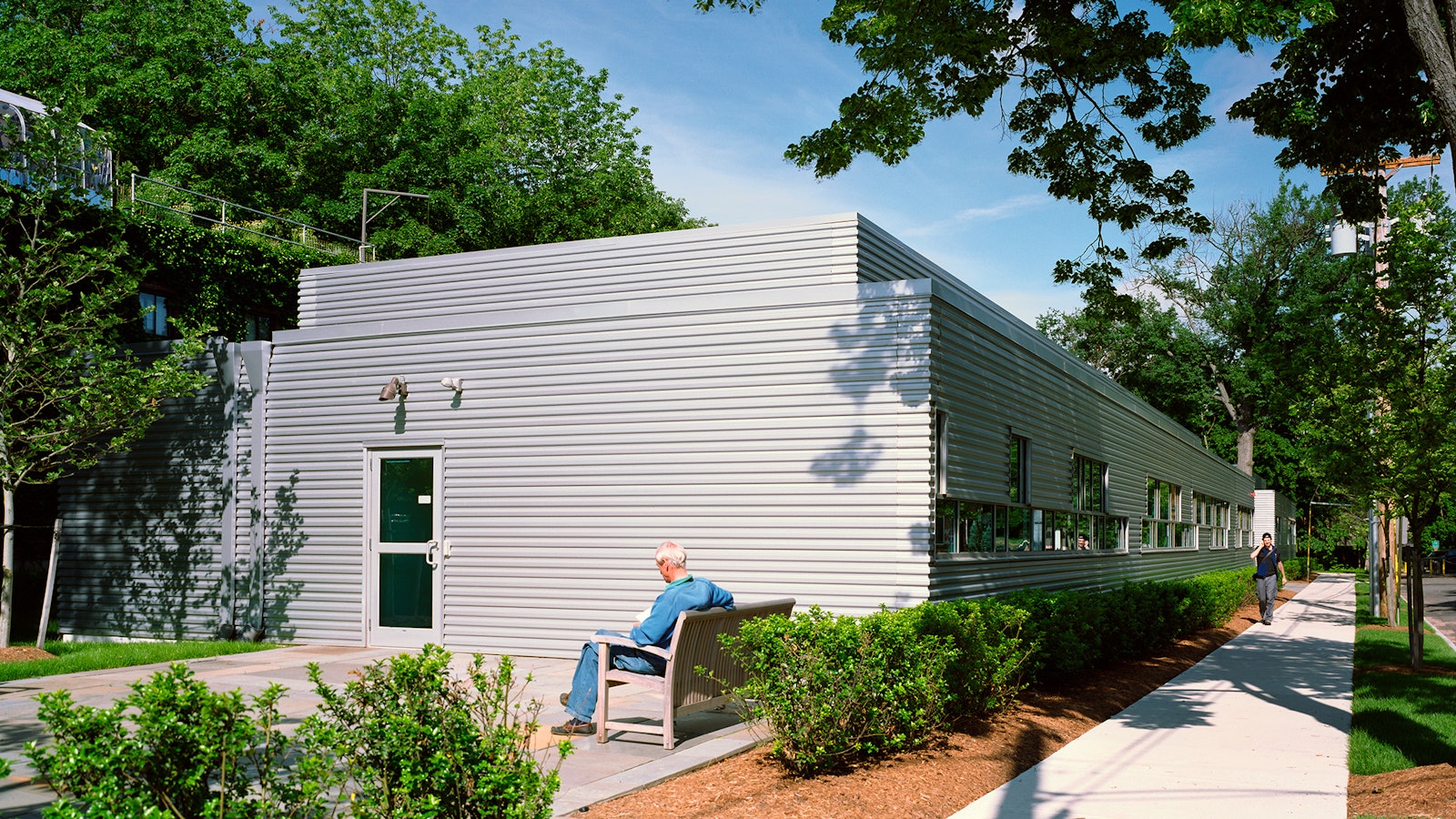 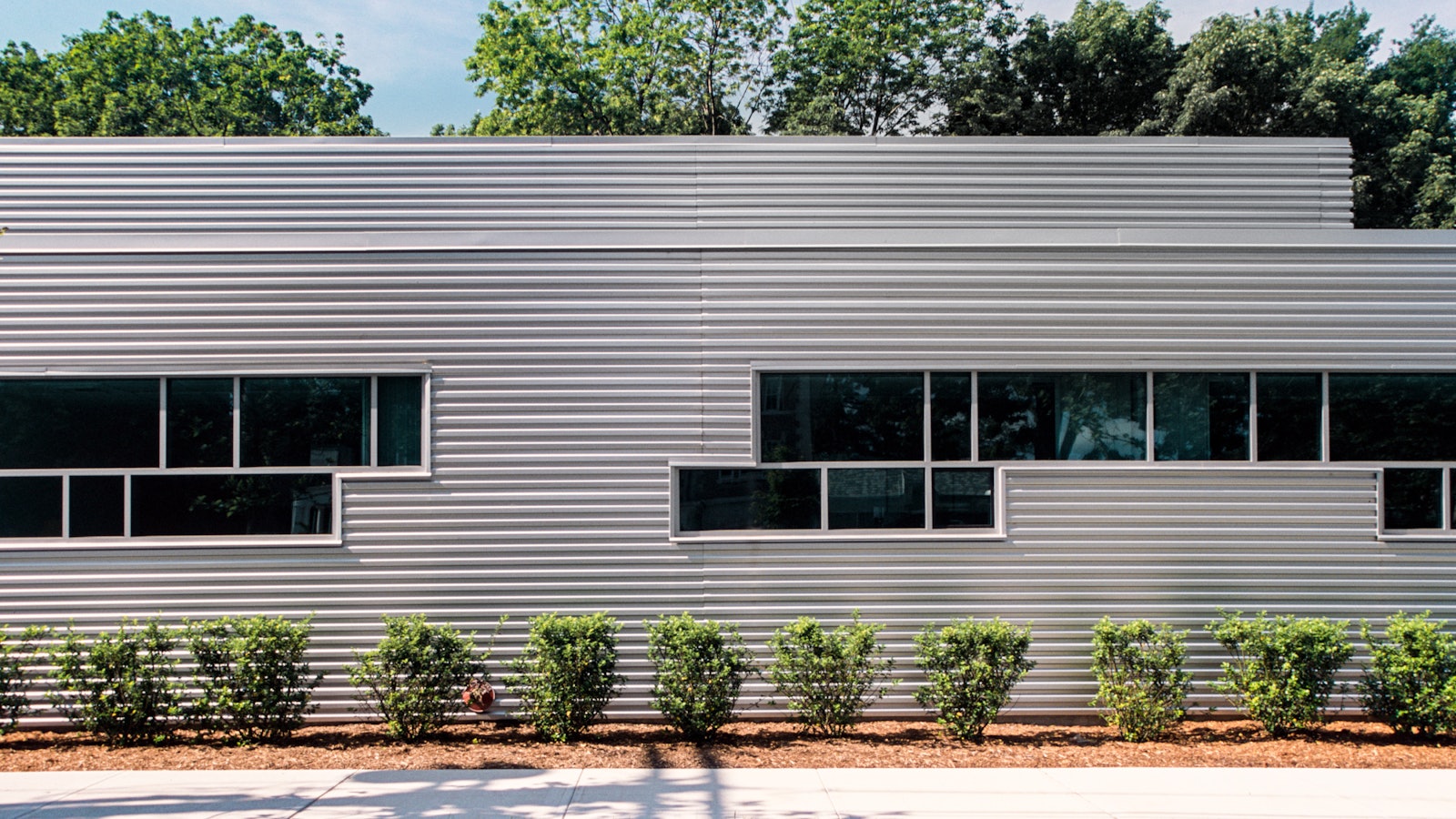 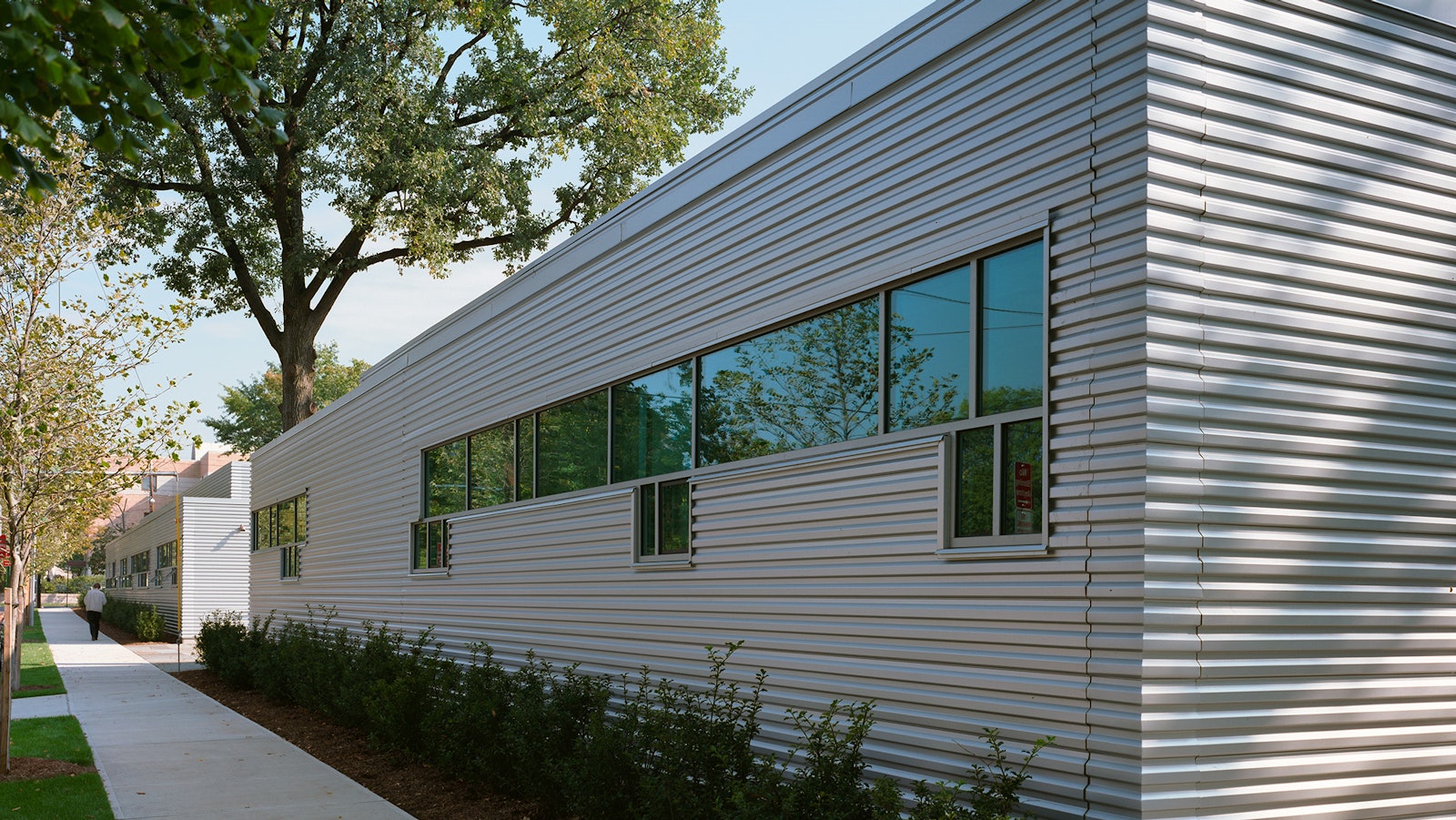 Inside the building was a simple double loaded corridor for economy. The waiting room and hallways were animated by a de Stijl patterning of standard ceiling lights and end windows. Every office had the same amount of glass as its siblings, yet each a distinct arrangement of windows. Maple doors, furniture, and cabinetry added another touch of elegance to an otherwise straightforward building. 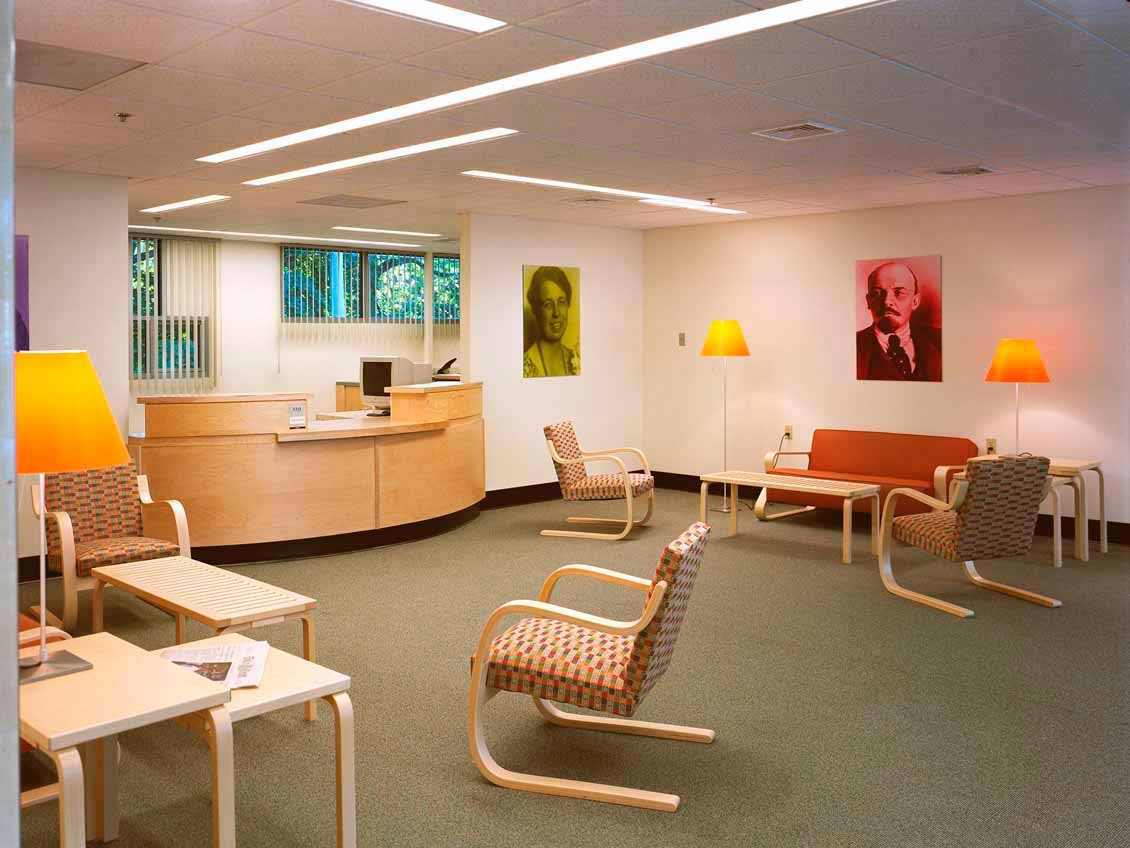 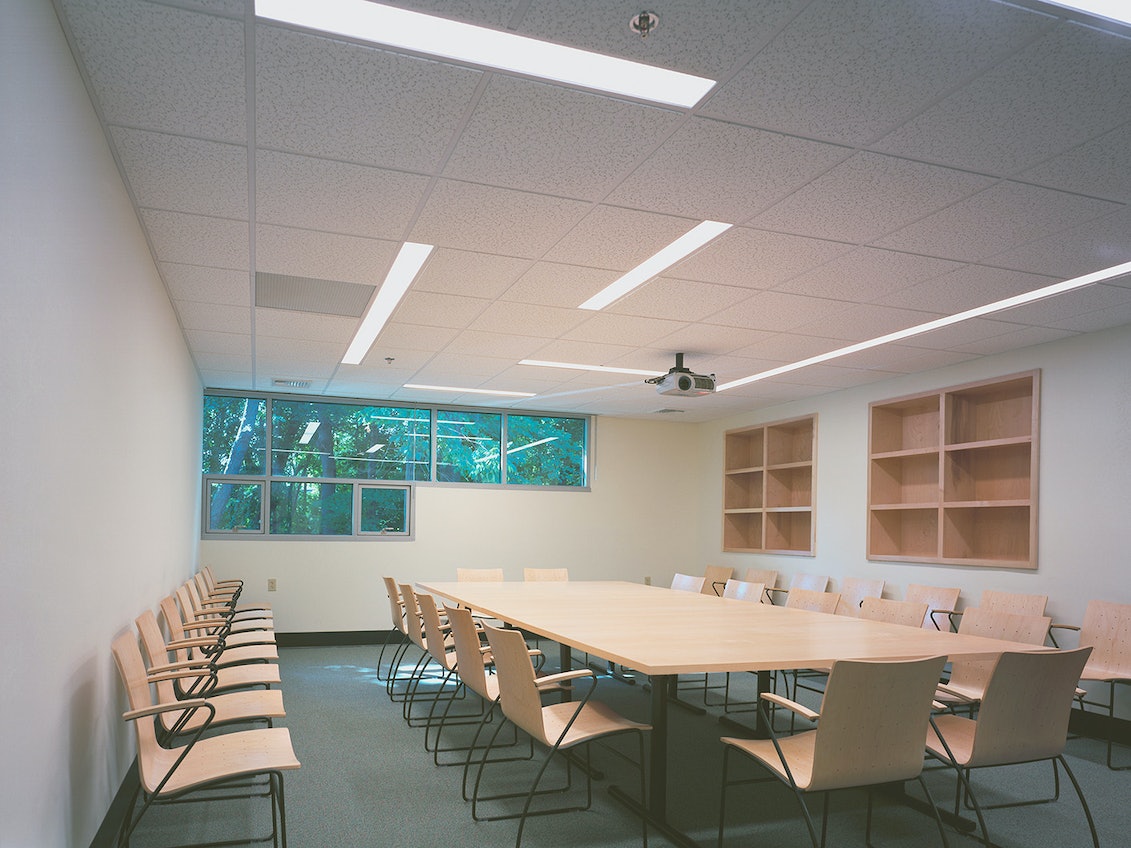 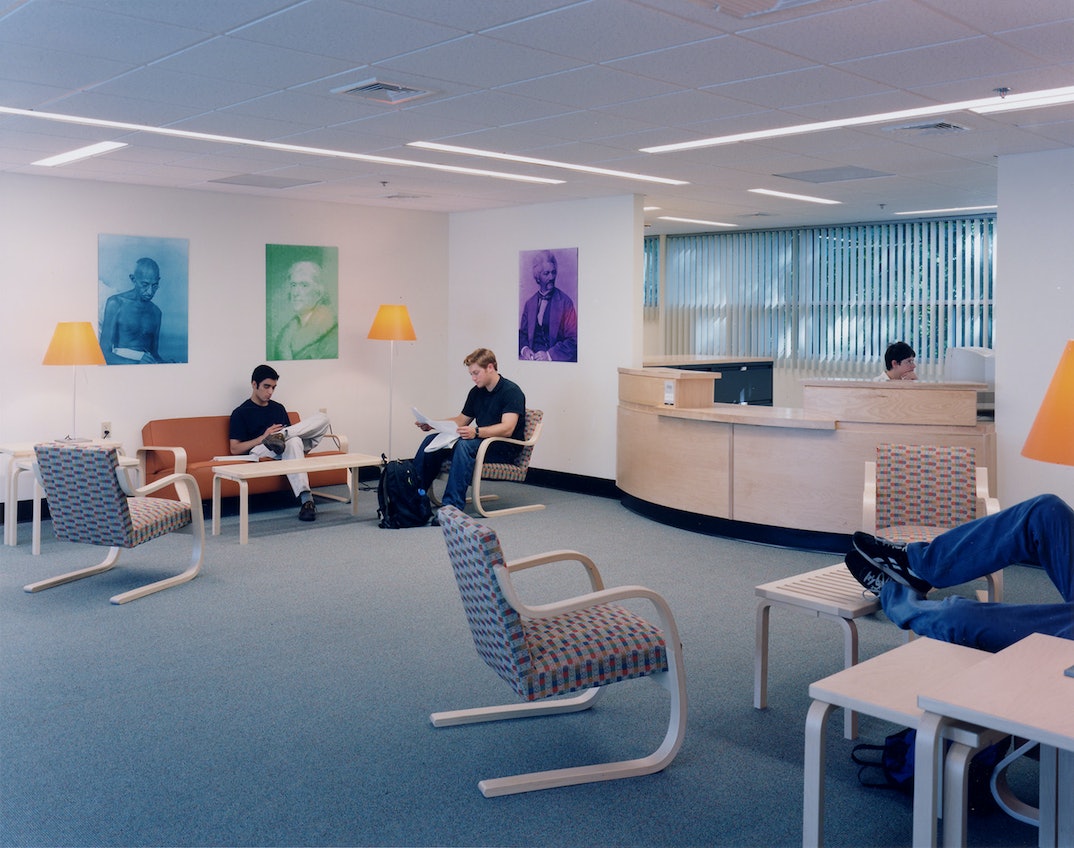 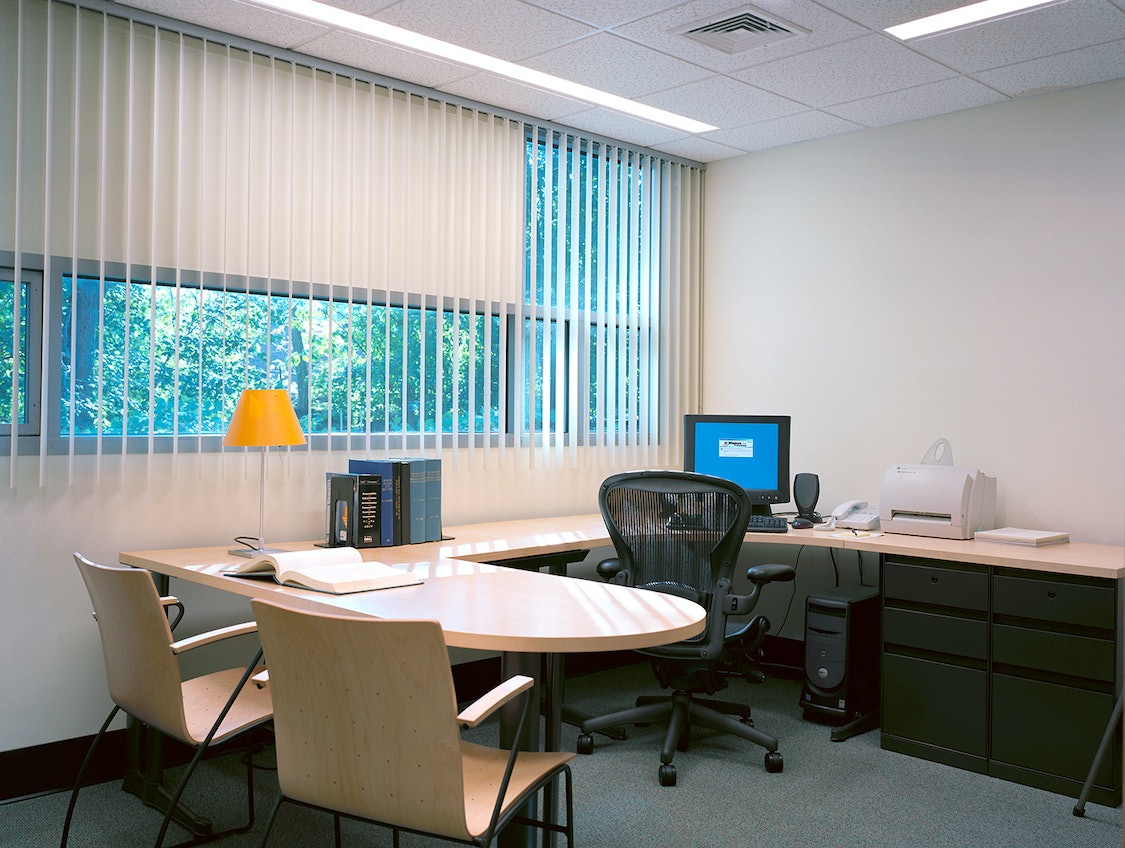