A Bat House for the Monsignor

Dan Batt likes to work with his hands. He renovated the Deep River home he shares with his wife Deb and their boys and is a veteran of the Centerbrook Chairshop. In fact, his creation was featured in a local newspaper profile in 2018 and, last summer, in a pop-up exhibit at the Mystic Seaport. 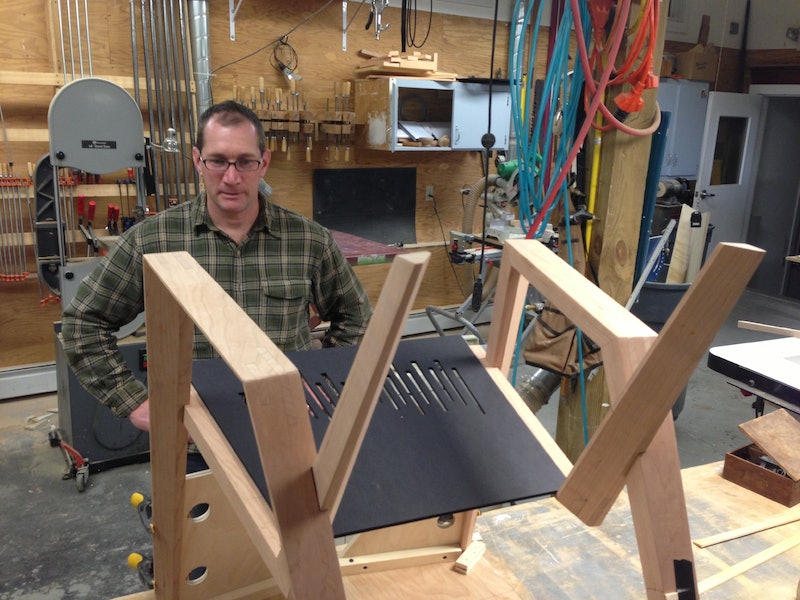 Dan pondering his next move during the Chairshop

Also a talented architect, Dan has collaborated with a bustling parish in downtown Stamford, Connecticut, the Basilica of Saint John the Evangelist, to conceive a new cloister and renovations to its parish house. Along the way, Dan learned that the Basilica’s longtime pastor, Monsignor Stephen DiGiovanni, whose vision inspired the project, was also a bat enthusiast. 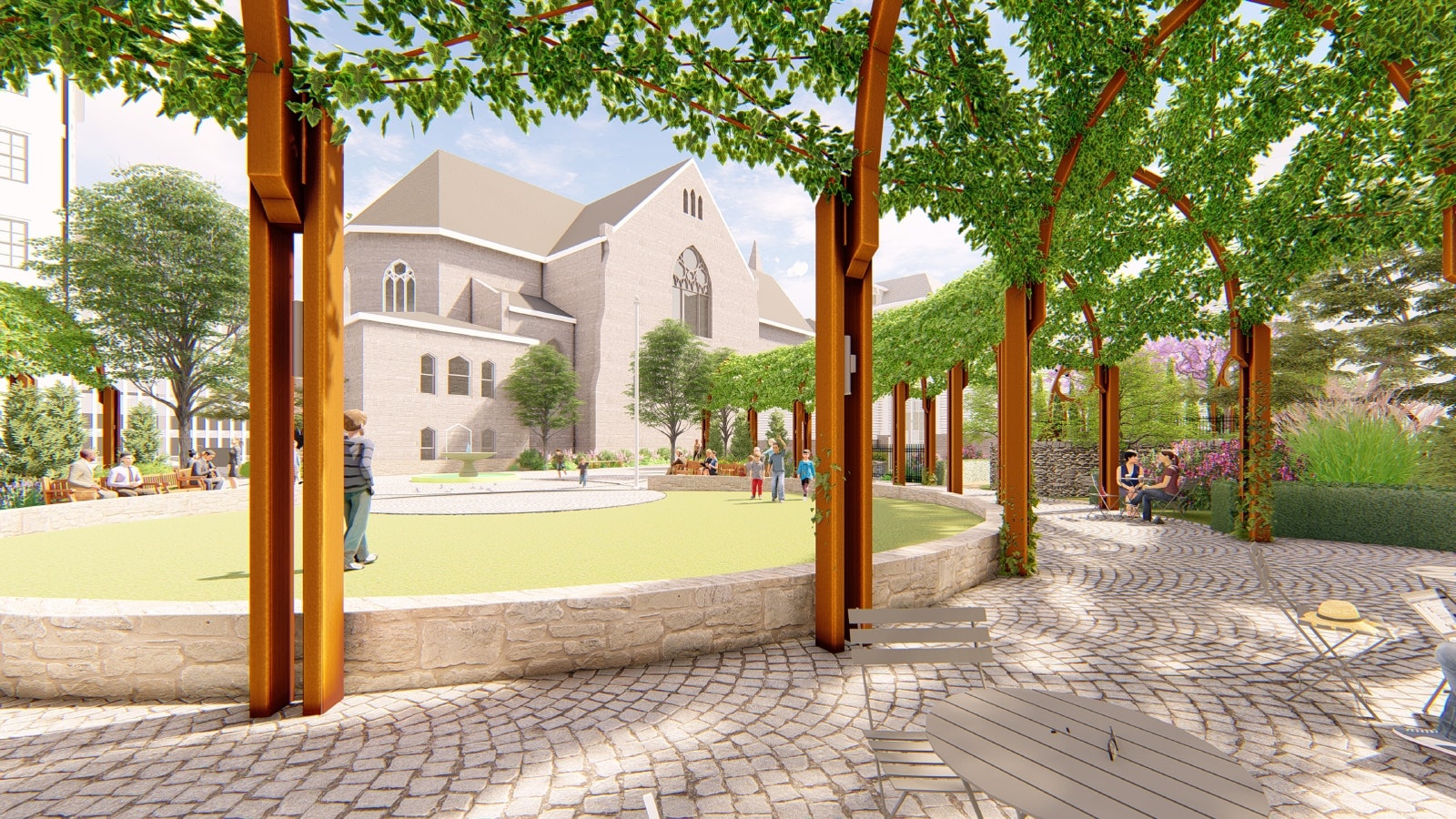 Rendering of the new cloister

While bats are essential to healthy ecosystems, according to Bat Conservation International, they are under unprecedented threat. Habitat restoration and protection are vital to their survival. Dan and his family decided to help by constructing a bat house for the cloister.

Based on an Organization of Bat Conservation-approved nesting box design, Dan used redwood for its resistance to decay and adorned the box with custom stencil work depicting a bat in flight. Painted flat black to absorb heat, it can keep more than 300 bats warm and cozy.

Amidst the hustle as our work concludes this spring, Dan will find a quiet, sunny place in the cloister for the nesting box, making it not only a refuge for the community, but for winged mammalians, as well. 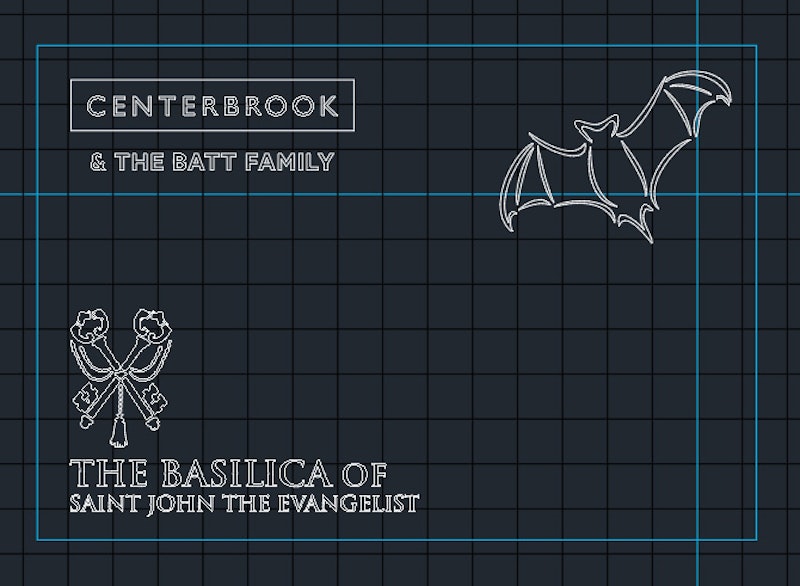 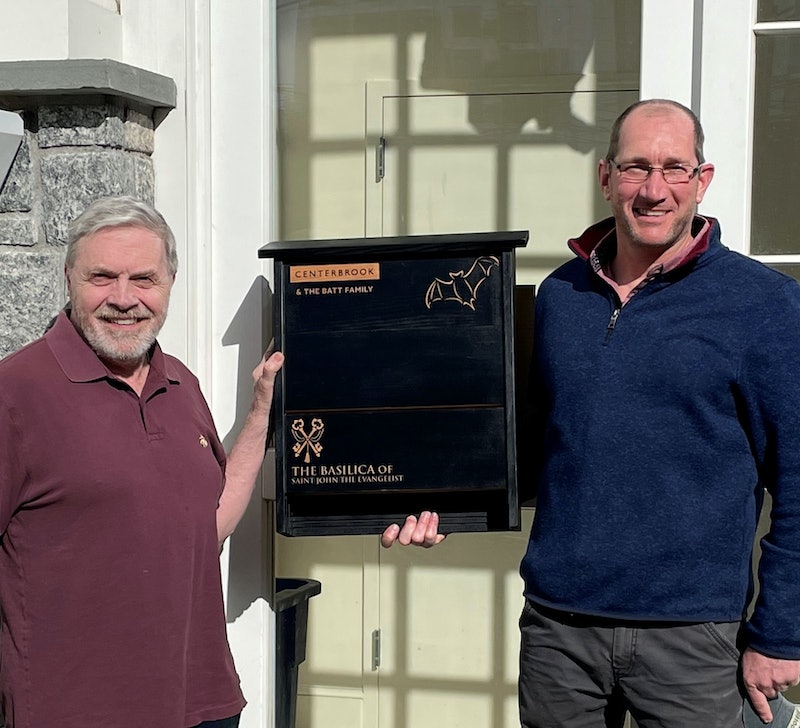